What we wear can say a lot about us, including where we’re from. Hats have been integral to traditional dress throughout history, signifying everything from social or political status to local weather patterns. Numerous hats have even become icons of their countries of origin. From fur caps designed to combat brutal winter to military headdresses turned fashion statements, here are 11 intriguing hats with equally fascinating backstories from around the world. 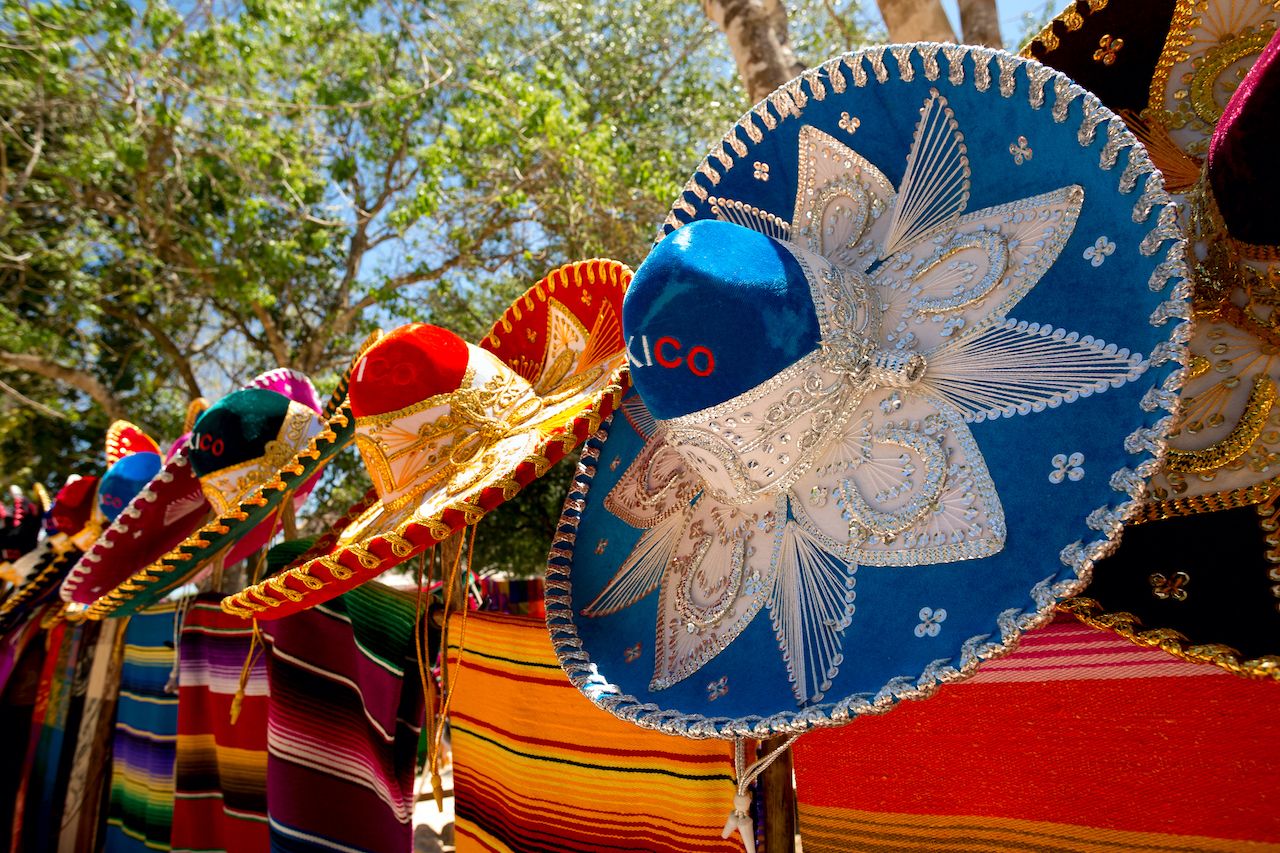 Some hats have purely aesthetic value. Others, like the sombrero, have more utilitarian origins. Mexico’s signature wide-brimmed hat was designed to protect wearers from the sun, taking its name from the Spanish word for “shadow” or “shade.” Technically, a sombrero can be any brimmed hat to Spanish speakers, but the word typically conjures images of Cinco de Mayo celebrants and mariachi bands. Although the hat’s exact origin is unknown — one popular theory traces it back to the Mestizo cowboys of Central Mexico — it has historically been linked to socioeconomic status. Wider brims, decorative elements, and more expensive materials like felt as opposed to straw were all indicators of wealth. 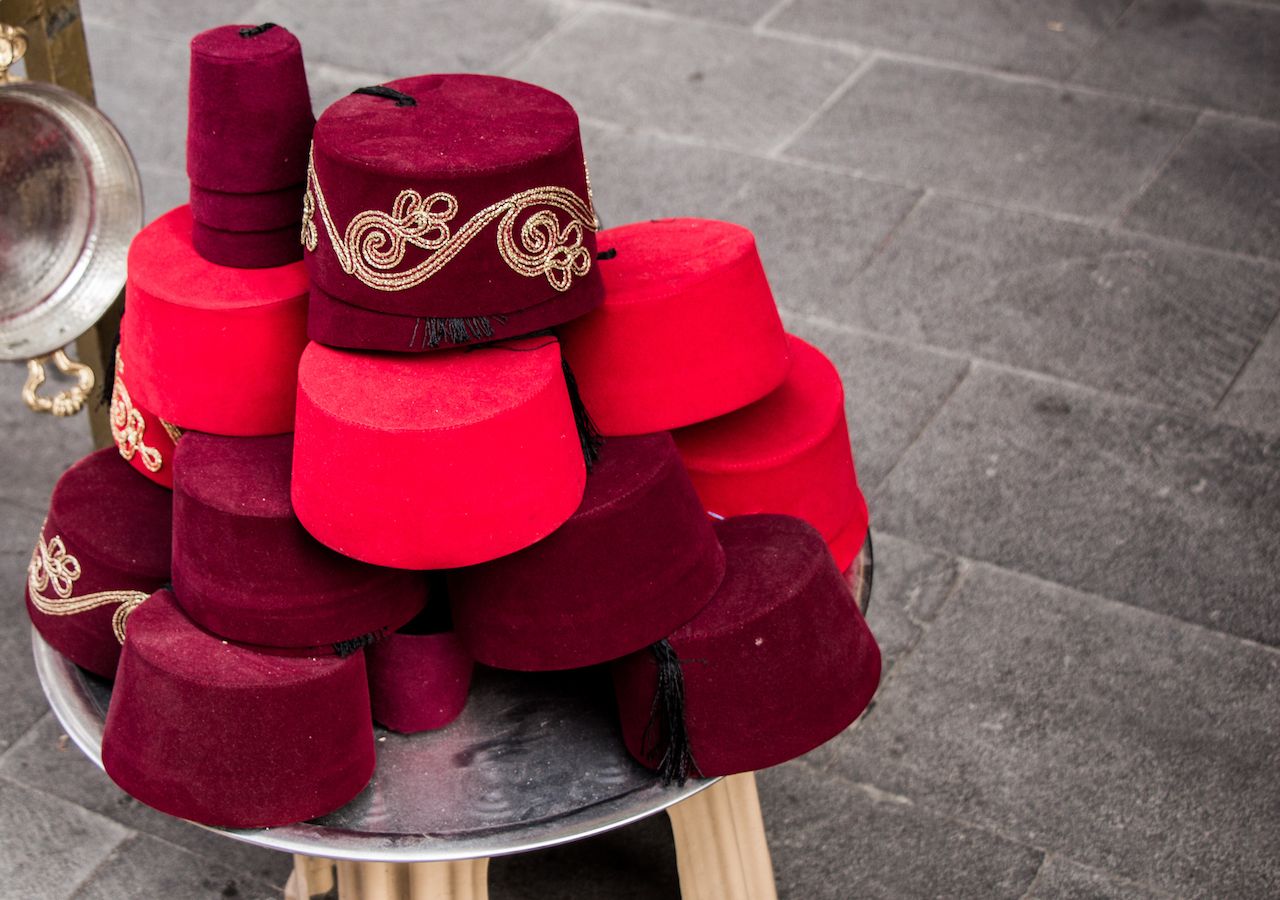 Often identified with Moroccan and Middle Eastern men’s dress, variations of the fez have been found everywhere from Cyprus to Serbia. The brimless, flat-topped felt cap was popularized during the Ottoman Empire when Sultan Mahmud II banned turbans and made the fez standard military garb as part of a modernization effort. The campaign was so successful that Mustafa Kemal Atatürk later banned the fez in order to distinguish the Republic of Turkey from its former Ottoman rule. Dye made from crimson berries native to Fez, Morocco originally gave the hat its characteristic hue, which also explains its name in English. Funnily enough, the fez is actually known as a tarboosh in Morocco. 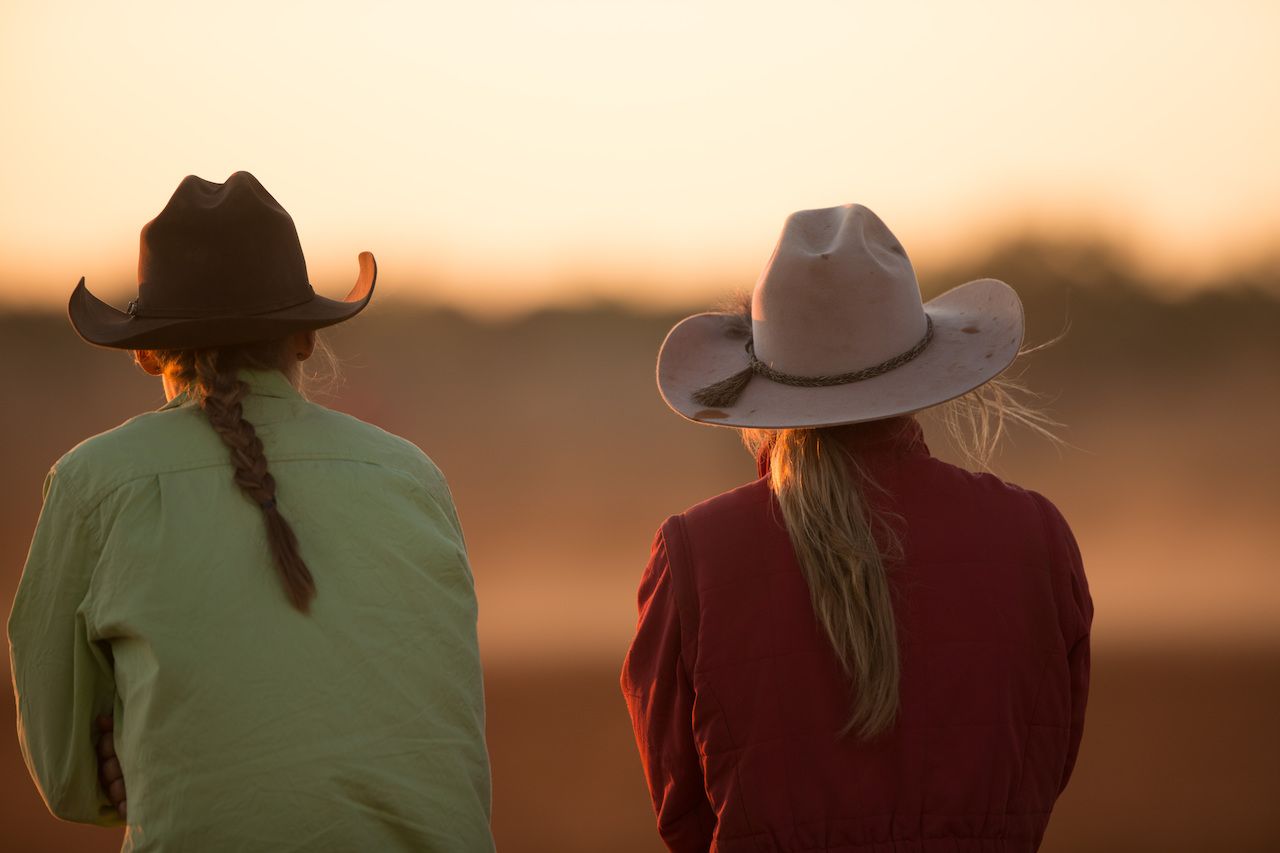 First used by military personnel in 1885, the Aussie bush hat has been a staple of the Australian Army uniform since 1903. It isn’t just for soldiers, however; generations-old hat manufacturer Akubra and others have sold Aussie bush hats as fashion pieces since the early 1900s. The classic Akubra hat is wide-brimmed and made with rabbit fur felt — picture Crocodile Dundee’s signature headwear minus the crocodile teeth — though Akubra has become a proprietary eponym for generic Aussie bush hats, much like Kleenex is a catch-all for tissues and Band-Aid is for adhesive bandages. 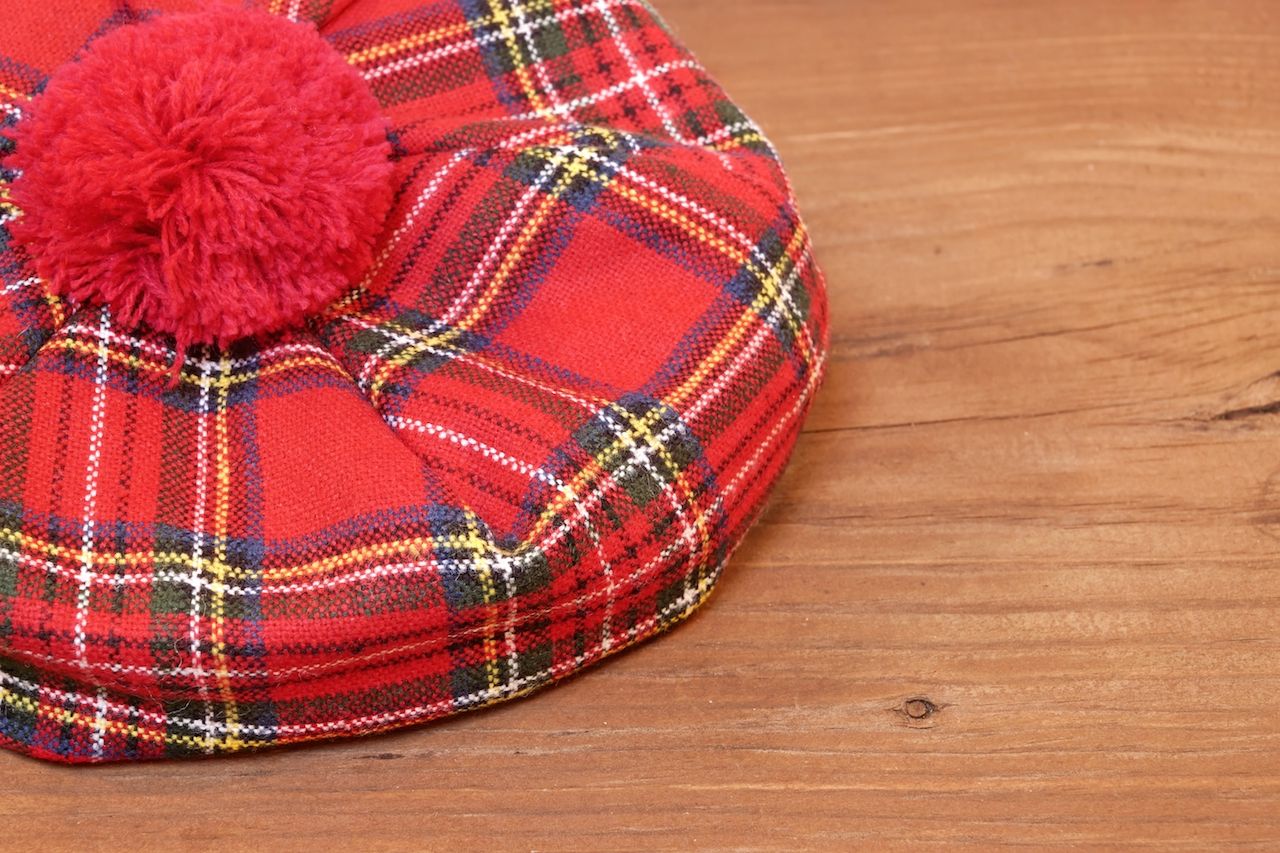 Scottish men have worn bonnets since the 16th century, but the tam o’ shanter was not known as such until Robert Burns published a poem by the same name in 1790. It’s a close relative of the Glengarry bonnet and Balmoral hat, both of which preceded the tam o’ shanter as infantry gear. The floppy Scottish hat was worn exclusively by men until the 1920s when derivative hats called tams were introduced as women’s fashion in Europe and America. It’s also loosely associated with the traditional Rastafarian beanie, which goes by the name “tam” as well. 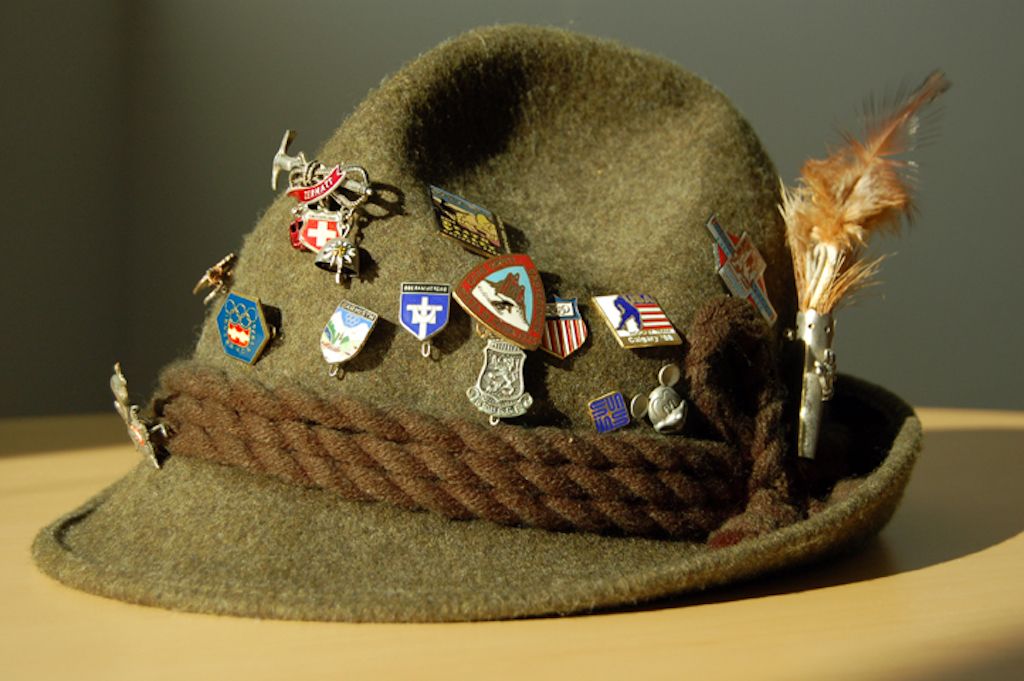 Also known as the Alpine or Bavarian hat, the Tyrolean hat comes from Central European countries such as Austria, Germany, and Switzerland. It originated in Tyrol, a region located between present-day Italy and Austria, and remained a fashion staple throughout the 20th century. The Tyrolean hat was commonly made from green felt and featured feathers, flowers, or other ornaments in the hatband. It’s no longer worn day to day, but the traditional headdress remains a proud emblem of Tyrolean and Bavarian culture to this day, especially when Oktoberfest rolls around. 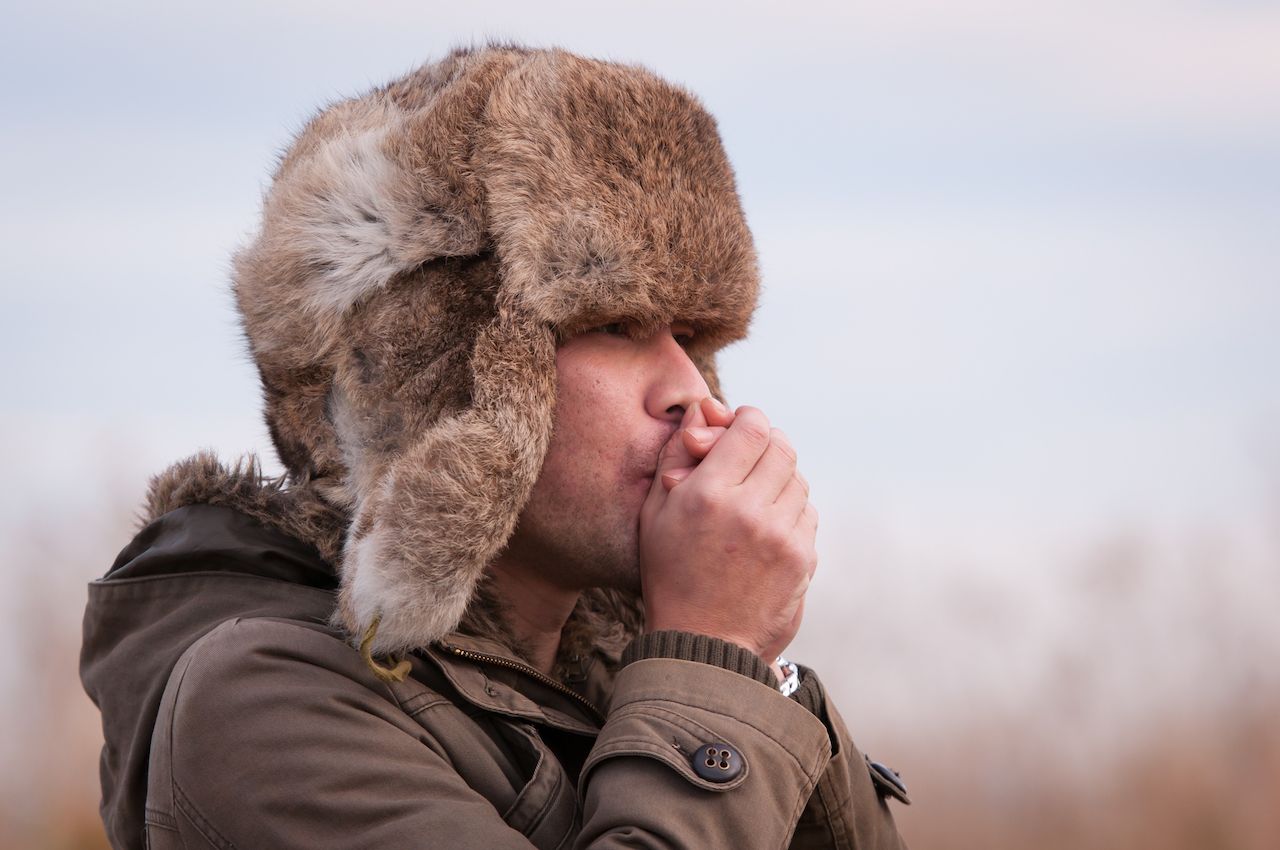 It makes sense that the hat most associated with Russia, land of notoriously frigid winters, is made entirely of fur and almost completely surrounds the face. The ushanka is known for its characteristic earflaps and derives its name from the Russian word for “ears” (ushi). Warm headgear offering near-total coverage was crucial for soldiers in Russia and Eastern Europe over the years, and the modern-day ushanka was created as part of a winter-uniform redesign for the Red Army. No longer a cultural and political symbol of the Soviet Union, this insanely cozy hat is now worn casually and is mainly manufactured out of artificial fur known as “fish fur.” 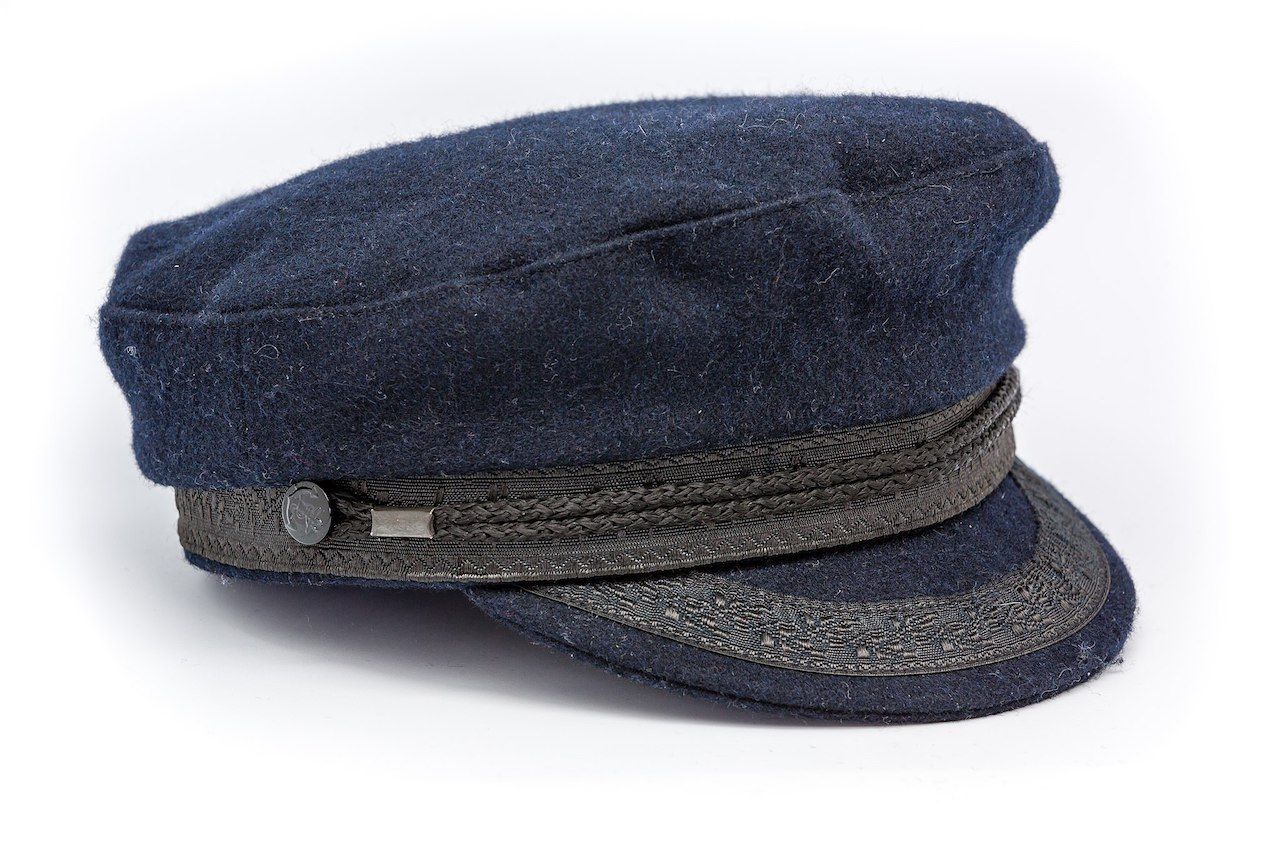 Everyone from John Lennon to Vladimir Lenin has rocked the Greek fisherman’s hat. The traditional wool, visored cap has humble origins as a mariner’s accessory, dating as far back as the early-19th century. It was quickly adopted by merchant navy sailors and was ubiquitous in coastal Mediterranean villages by the turn of the 20th century. Still, the Greek fisherman’s hat did not reach peak popularity until after John Lennon was seen wearing one, as well as American musicians such as Bob Dylan. 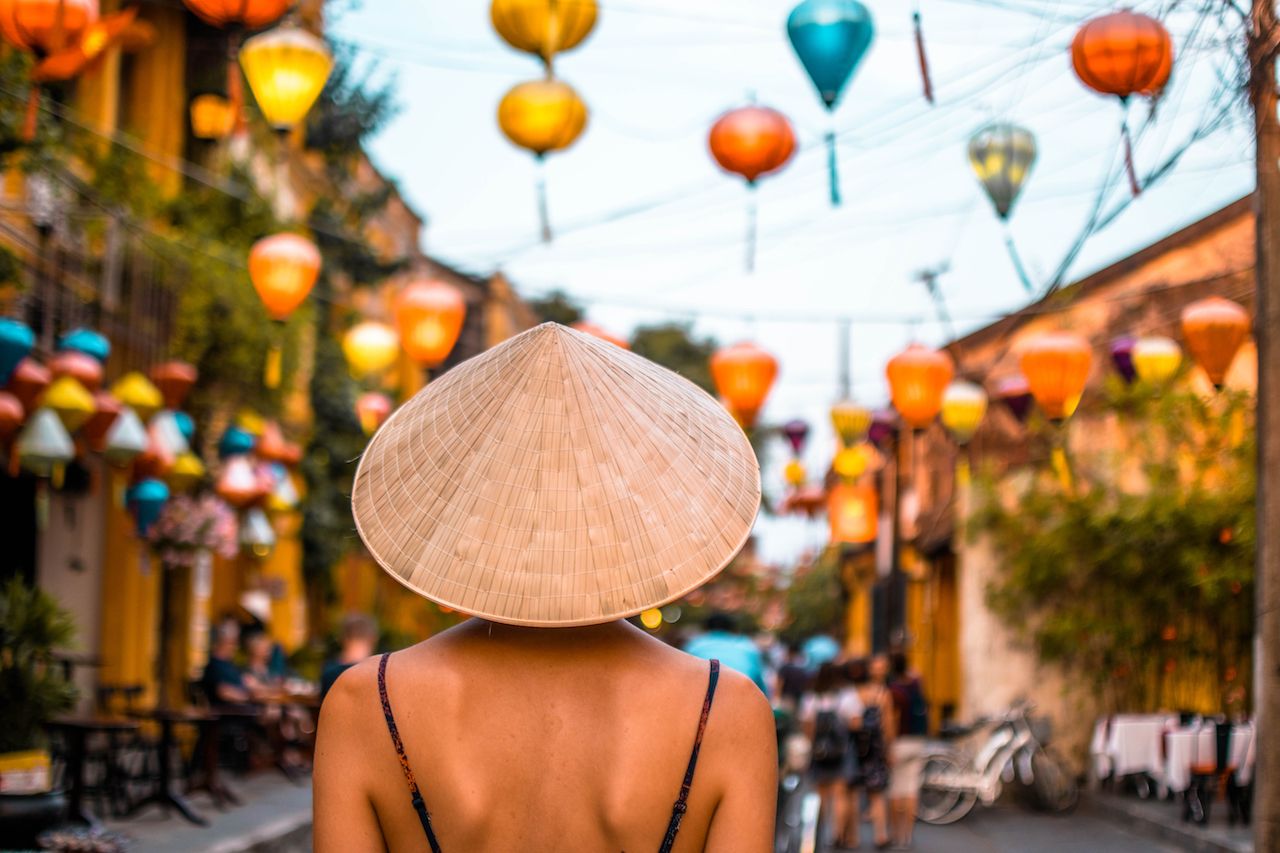 The conical Asian hat is not specific to one country or even region in Asia. Rather, hats of similar design have cropped up in several countries between East and South Asia. It’s a practical hat that was designed to shield wearers from both sun and rain, making it an excellent choice for farmers everywhere from Vietnam to Japan. In the past, bejeweled or otherwise ornamented conical Asian hats were also worn by nobility. 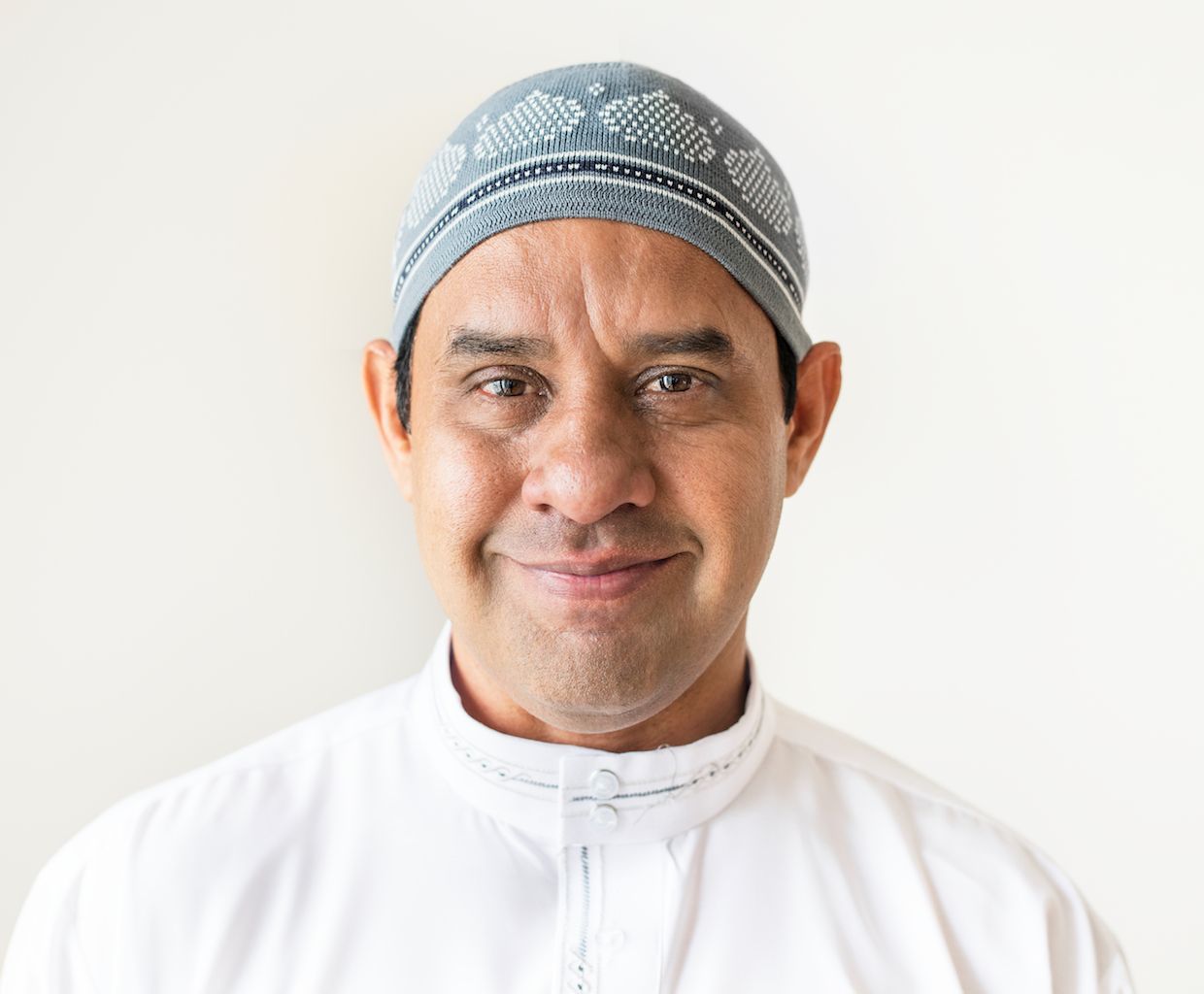 The kufi hat is a brimless, close-fitting cap worn throughout North, East, and West Africa, as well as parts of South Asia. It’s part of the national costume for many West African men and is often associated with religious dress elsewhere. Crocheted kufi hats are popular throughout the Muslim world while patterned hats are preferred by African Christians and Jews. In the US, wearers also represent a variety of faiths. Although the kufi hat is more commonly seen on men, it is considered a unisex accessory in a handful of traditions. 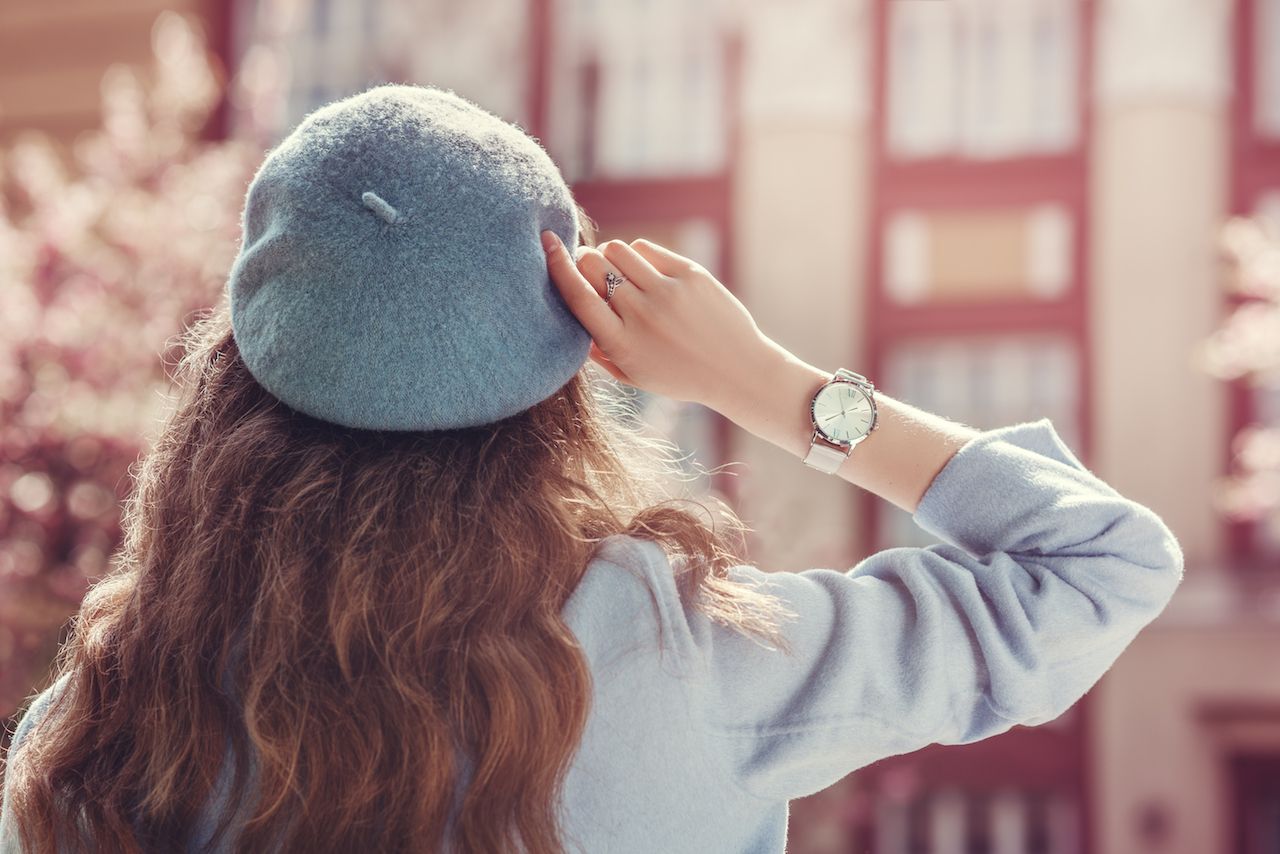 Similar floppy hats first appeared in Europe as far back as the Bronze Age, though the actual beret was not mass-produced until the 19th century. It was massively trendy in both France and Spain, and the military beret was even adopted by several European armies after WWI. Despite the fact that American jazz greats like Thelonious Monk and historic figures like Che Guevara have all famously sported berets, this simple yet stylish cap will always be a French icon in the eyes of the world. 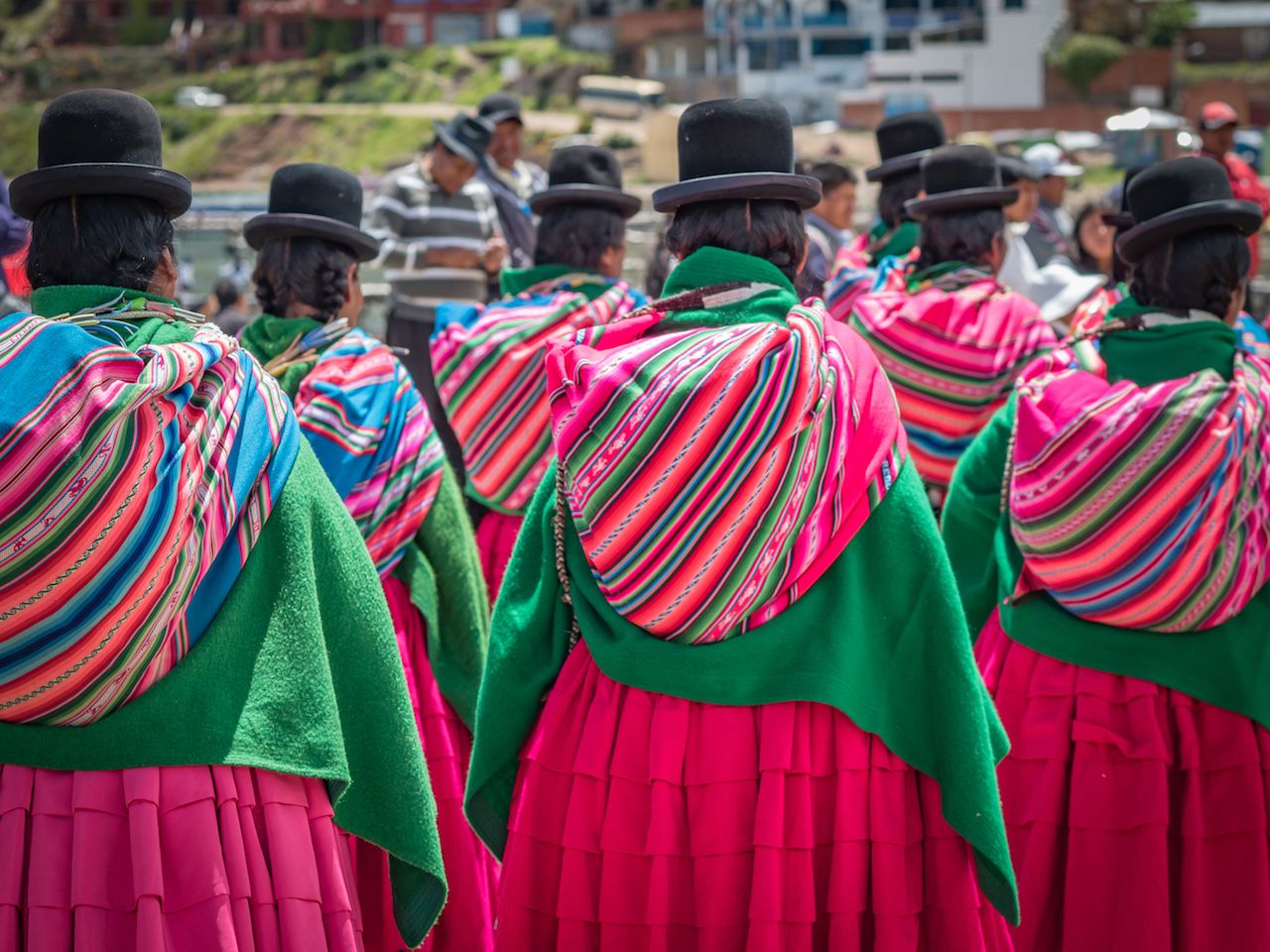 Thomas and William Bowler designed this quintessentially British hat in the mid-19th century. It’s believed to have been created as an alternative to the top hat, which was particularly problematic for groundskeepers who rode horseback past low-hanging branches. The bowler hat took off among working-class men across the UK and later America, soon spreading to the upper class. Bowler hats have also been a major part of Bolivian women’s dress since their introduction to South America in the 1920s. As the story goes, bowler hats were shipped across the pond for male railway workers but ended up being too small, thus creating a trend among local Quechua and Aymara women that is still relevant today.

Maps + InfographicsTraditional Wedding Attire Around the World [INFOGRAPHIC]
Tagged
Fashion
What did you think of this story?
Meh
Good
Awesome