NEW MEXICO is nonstop action. Yes, there’s rafting, climbing, and hiking — but there’s also beer celebrations, pig races, and aliens. Some of the most unique activities and events in the country can be found in the Land of Enchantment. We have American Indian dances, art markets, whitewater river tours, and, of course, the Albuquerque International Balloon Fiesta. And hiking. Did we mention hiking?

Let’s assume you’re familiar enough with the well-known events around the state (if not, may we suggest starting with this list?). Here, then, are 17 more true adventures you can have in New Mexico in 2017. It’s going to be an epic year. 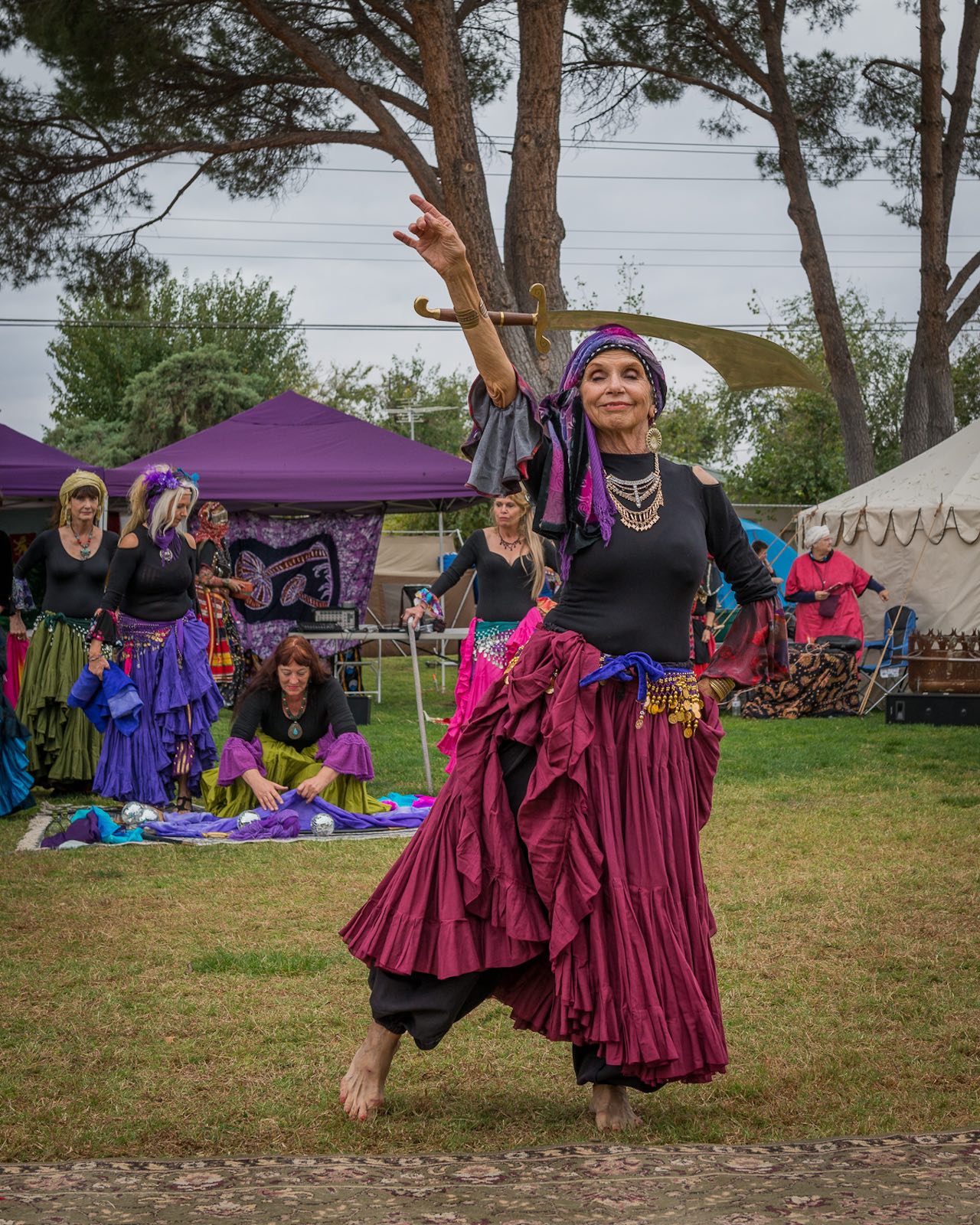 In early November, the 46th annual Doña Ana Renaissance ArtsFaire is a weekend of jousting, sword fights, and drinks at the Dragon’s Eye Tavern in Las Cruces. There will be some 150 juried artists, a slew of food vendors, and a ton of entertainers.

2. Jicarilla exhibition at the Wheelwright Museum of the American Indian, Santa Fe

For hundreds of years, the Jicarilla Apache people have called the New Mexico-Colorado borderlands — near what they consider “the heart of the world” — home. The Jicarilla were traditionally renowned for their hunting skills, their wide-ranging trade routes, and their art. And through mid-April, the Wheelwright Museum of the American Indian in Santa Fe is hosting an exhibition that highlights the finest Jicarilla Apache beadwork, micaceous pottery, and basketry — as well as exhibits by more than a dozen contemporary artists.

The Rio Chama is one of the largest tributaries of the Rio Grande, and one of the most important rivers in the state. Raft through colorful sandstone canyons and past towering cliffs, and hike down forested side canyons. There’s archaeology to see, dinosaur tracks, and some awesome fishing. Taos has several rafting companies that can take you on a single- or multi-day Chama adventure.

Beer! Starting May 25, New Mexico’s largest city hosts an 11-day series of yummy educational events scattered all over town. Check out all the unique bars and the 40+ breweries and craft beer specialists who’ll descend on Duke City for the festival — along with about 12,000 of your fellow beer lovers. 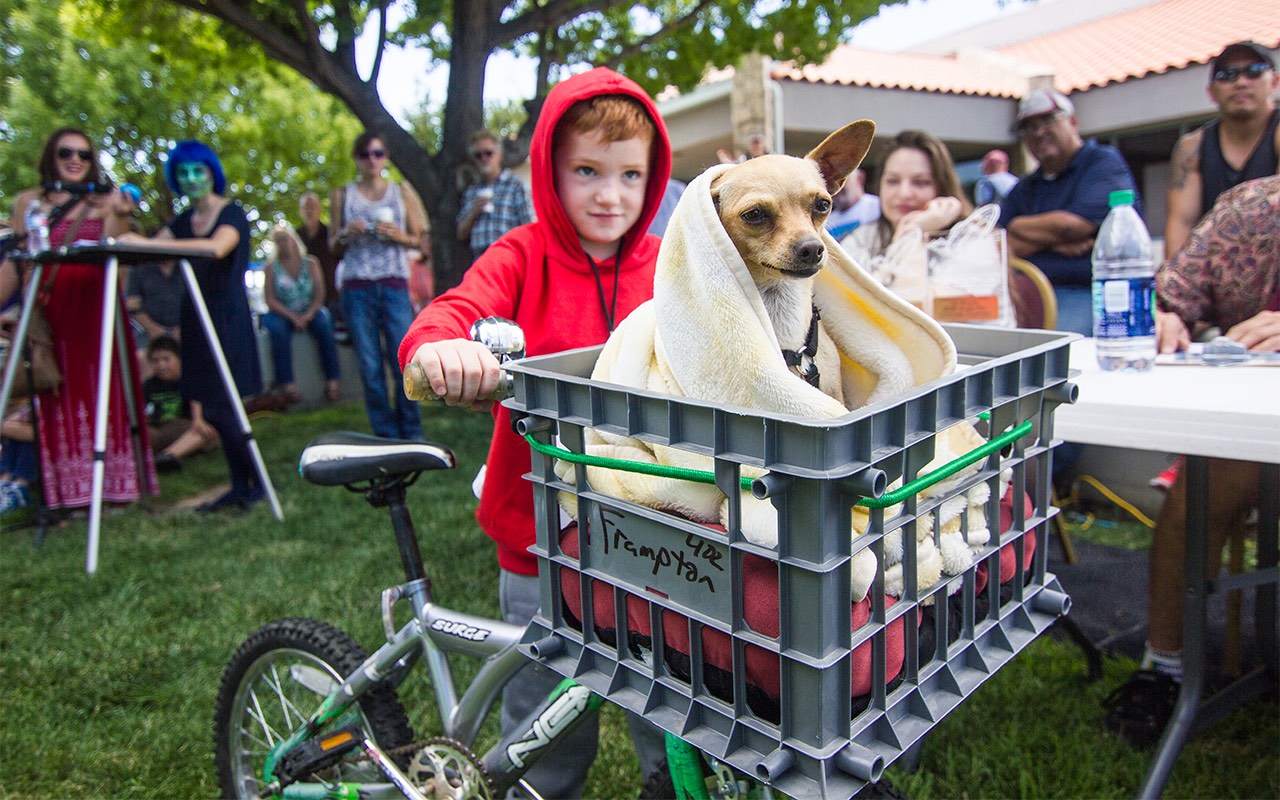 In 1947, something strange crashed in the grasslands in southeastern New Mexico. Little green men? A military experiment gone awry? A weather balloon? Probably that third one. But, no matter — between June 29 and July 2, 2017, join UFO enthusiasts and UFO skeptics to celebrate of one of the most debated and debatable incidents in history. There will be a variety of guest speakers — with topics ranging from the “Alien Fetal Implantation Demonstration Model” to the “Anatomy of a UFO Abduction Experience” — as well as a parade and a darn-fun costume contest for both people and pets.

As spring sets the snow to melting, the rivers come to life and the world-famous cold water fishery of the San Juan River becomes a dream for fly fishermen and women. Trout average nearly 20 inches! Numerous experienced guides live in the surrounding communities and will help you hook in those rainbow, brown, and cutthroat. 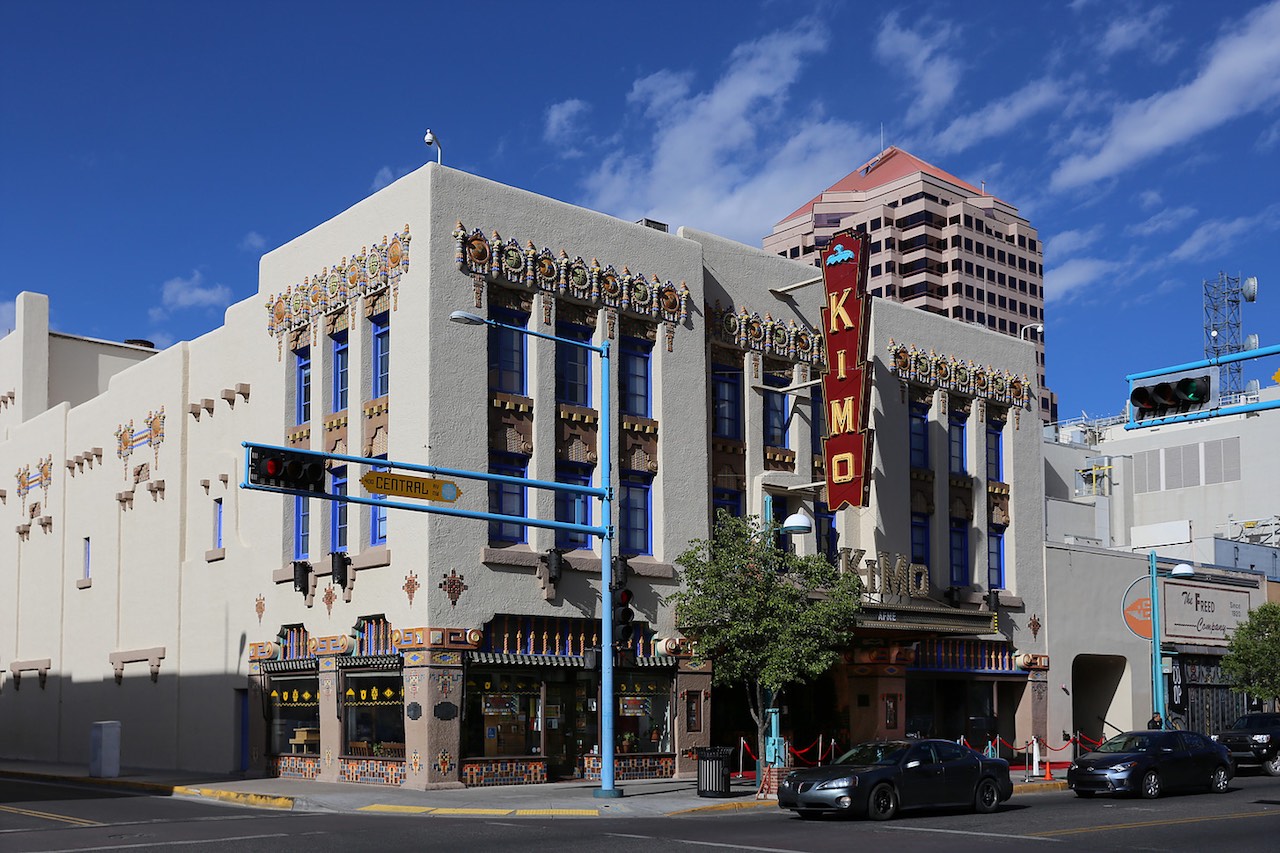 Photo: Tom McClure for the Albuquerque Film and Music Experience

Bringing together artists of all kinds — filmmakers, musicians, visual artists — in the first week of June, the AFME celebrates the timeless art of storytelling at the historic KiMo Theater. AFME presents movies, panels, workshops, live music, art exhibitions, and poetry performances to a total audience of more than 6,000.

Around 1000 years ago, a group of Ancestral Puebloan people from Chaco Canyon began building this extensive stone city near the San Juan River in northwestern New Mexico. Roughly 35 years later, the first inhabitants were gone, but other Ancestral Puebloans occupied the site until about 1250. The site remained basically unoccupied until 1877, when Peter Milton Salmon and his family homesteaded next to the ruins. Fascinating excavations have shown that Salmon hosted peoples from all over the region.

9. Three Rivers Petroglyphs Site, Otero CountyDown near Tularosa, hit the trails at the Three Rivers Petroglyph Site, where more than 21,000 sunbursts, animals, figures, and geometric designs carpet the basalt rocks scattered across the landscape. The glyphs date back to the Mogollon culture and were created about a millennium ago. Tip: Bring plenty of water!

Out in the western reaches of the state, the town of Gallup hosts the annual Inter-Tribal Indian Ceremonial. Running August 4-13, 2017, this nearly 100-year-old event is an opportunity to jump feet first into American Indian arts, cultures, traditions, and a very wild rodeo. Oh, and a mutton-eating contest, so come prepared. 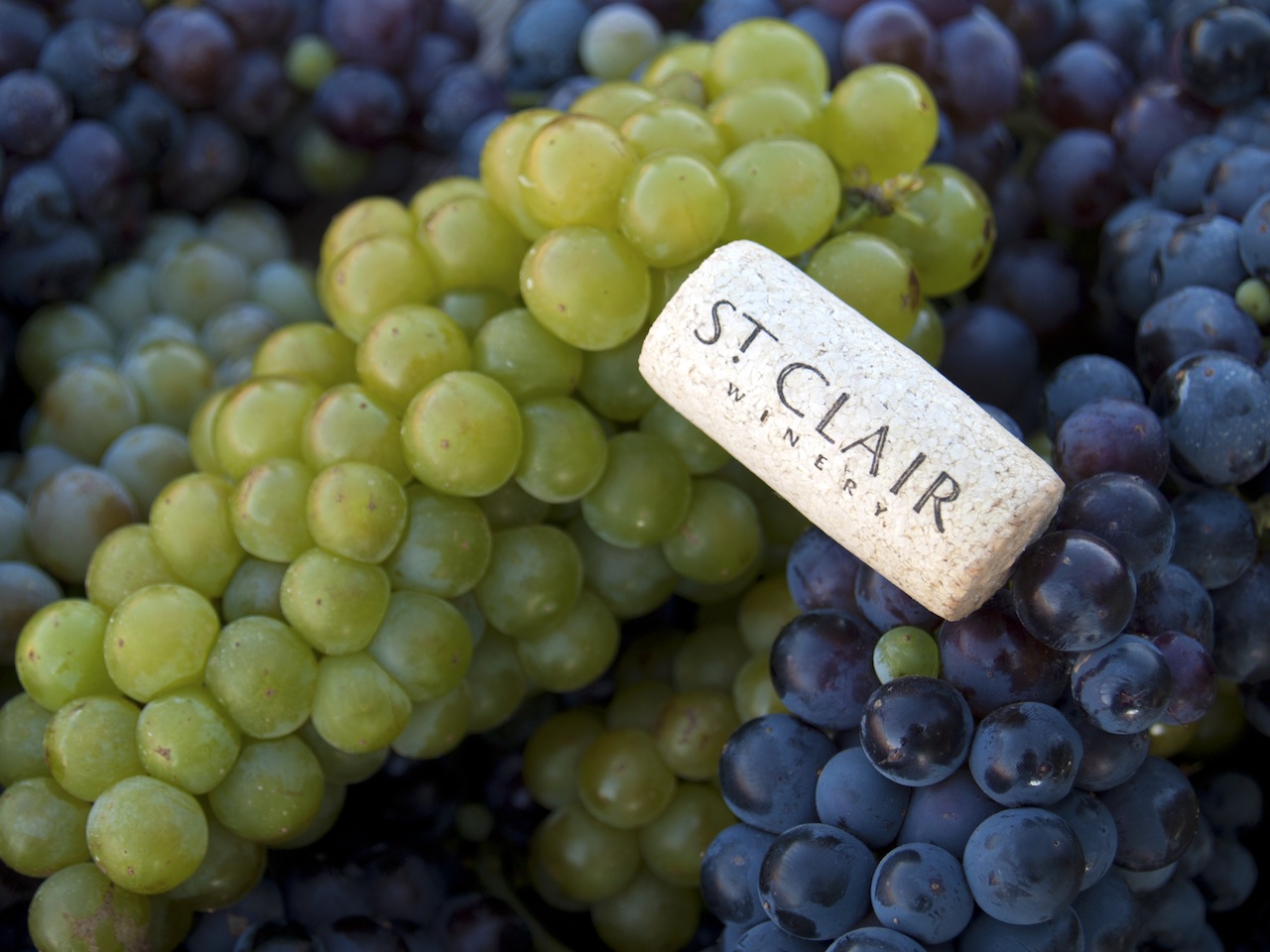 New Mexico has a deep history of wine that dates back to 1629, when Friar García de Zúñiga and a Capuchín monk named Antonio de Arteaga planted wine grapes in the Rio Grande Valley south of Albuquerque. Down in Deming, the St. Clair Winery offers tours of their gorgeous property on a regular basis through June.

This is a fabulous summer hike in the White Mountain Wilderness near Capitan. The network of trails makes its way through lush forest and the highest peaks in the southern part of New Mexico. It’s an incredible spot for wildflowers, and the views of the Tularosa Valley are spectacular. 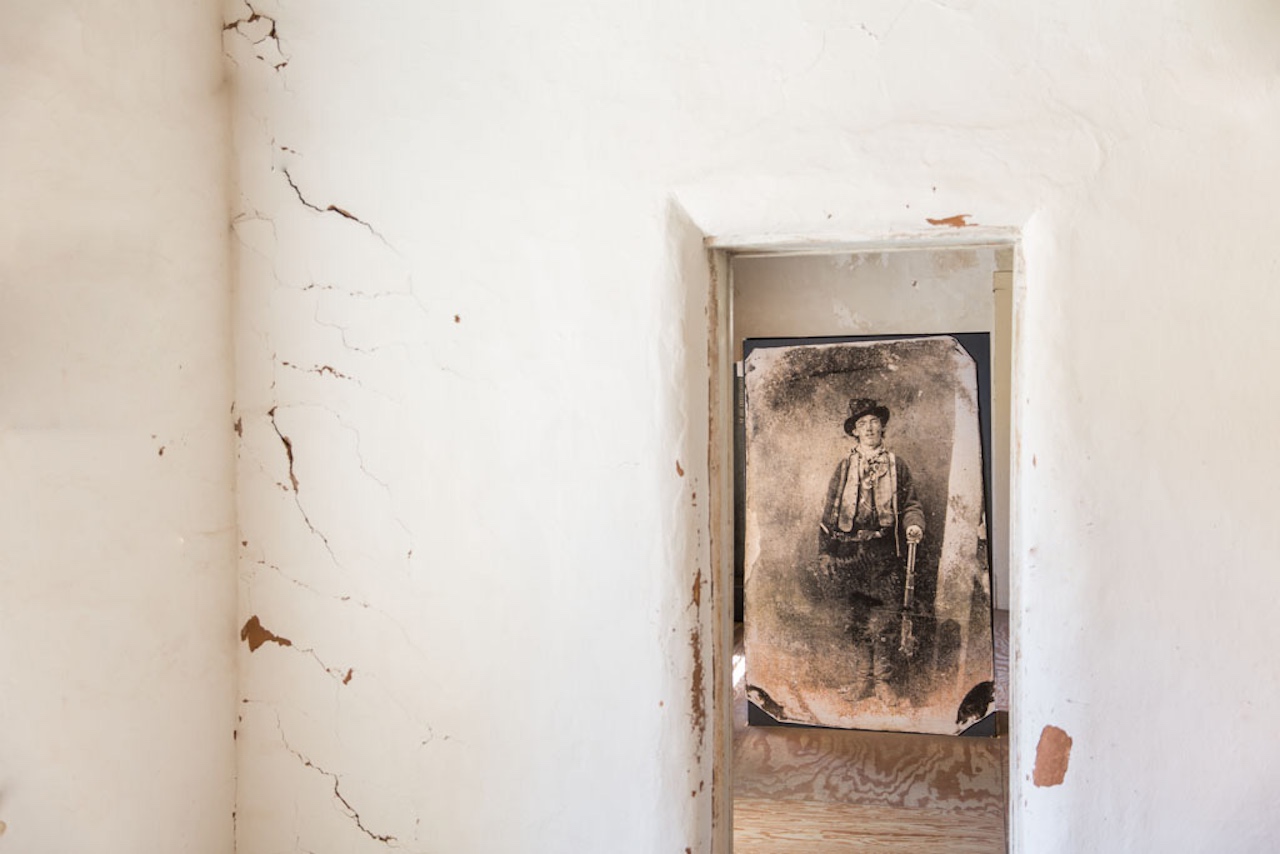 The town of Lincoln was once home to the notorious Billy the Kid; in 1878, it was the center of the famed Lincoln County War that saw Main Street dubbed “the most dangerous street in America.” These days, Lincoln hosts its annual folk pageant celebrating The Kid, the battle that drew the attention of the world, and the events that sparked many a Western. There will be food vendors, live music, and a parade — the fun happens August 4-6, 2017.

August. Lovington. Pig race. The largest county fair and rodeo in New Mexico features team roping, fiddler’s contests, and a PRCA rodeo every night. The fiddler’s contest, like the pig race, is something you likely won’t find anywhere else.

15. Climbing to the highest point in New Mexico, Wheeler Peak

You can do it! The 15-mile round-trip hike to 13,161-foot Wheeler Peak near Taos is breathtaking, both because it’s a gain of nearly 5,000 feet in elevation and because the scenery is completely gorgeous. From the top you can see the state’s highest mountains, the Rio Grande Gorge, and even a chunk of Colorado. Afterwards, soothe your sore muscles with a beer at the Bavarian Lodge down at the trailhead.

When the mountain air in southern New Mexico blows crisp and the leaves begin to turn, join the folks of Ruidoso for their annual fall celebration. With parades, a chili cookoff, fancy cars, arts and crafts, and a bunch of really nice people, the Ruidoso AspenFest is an awesome experience. Check it out the first weekend in October. 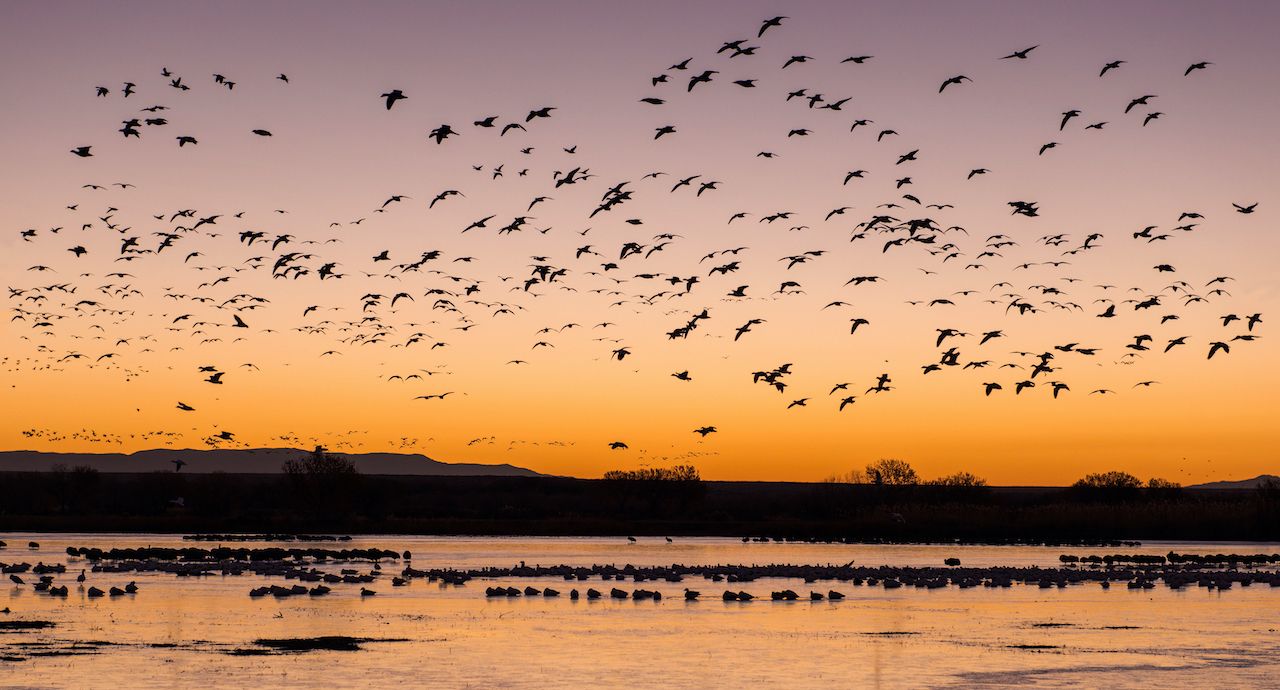 Every November, thousands of sandhill cranes head south to the Bosque del Apache National Wildlife Refuge. To celebrate this migration, the 57,000-acre refuge hosts a festival that includes tours, birding walks, biology lectures, geology, and art workshops. Good food, great birds, and fun times! The event is especially notable for photographers…which, it’s true, you could say for pretty much the whole state.