Santa Fe is the nation’s oldest capital city, and probably its most unique, as well. This is a land of red and green chile, jaw-dropping sunsets, and adobe-everything. It’s a cultural hub — be it indigenous, literary, artistic, or culinary — and is full of activity options for an eye-opening / mouth-watering / just-plain-needed weekend. Here’s 48 hours of ideas to get you started. 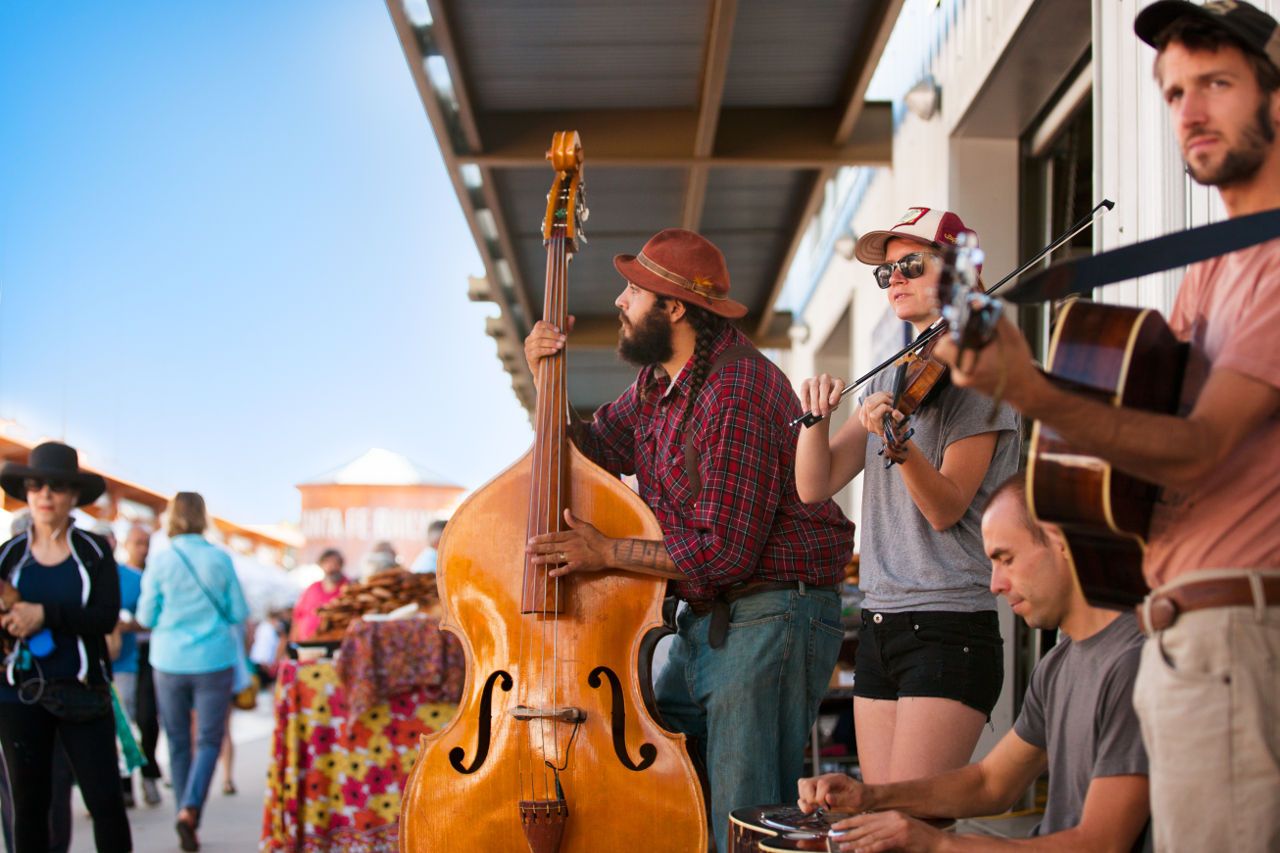 Santa Fe is an amalgamation of Native American, Spanish, and Anglo culture, so it only makes sense to dabble in each. You might as well start strong (and early — this morning is jam-packed!), with a Native American-inspired breakfast at Amaya, at the Hotel Santa Fe, the city’s only Native American-owned hotel. It’s in downtown Santa Fe’s Railyard District, and on Saturday mornings, this neighborhood is home to one of the best farmers’ markets in the country. (Definitely stop if you have time.)

Thus breakfasted and fortified, go get the full picture of the city’s cultural diversity with a visit to Museum Hill. This is four cultural experiences in one: Start with the retablos and santos at the Museum of Spanish Colonial Art (the only museum of its kind in the country), move on to the Kachina carvings and pottery at the Museum of Indian Arts and Culture, note the colors and textiles at the Museum of International Folk Art, and wrap it all up with a wander around the Wheelright Museum of the American Indian, home to some of the best Native American art in the state.

If you have time to spare, head to the Santa Fe Botanical Garden on Museum Hill. It’s a little oasis full of colorful gardens and orchards, tons of native plants, and notes of Southwestern architecture that bring it all together.

When you’re tired of feasting your eyes and want to feast the rest of you, head just north of Museum Hill to El Farol, a historic Spanish tapas bar (opened in 1835). Go for the mejillones — mussels in a tangy tomato sauce with hazelnut picada and herbs — and if you’re running late thanks to your busy morning, take it easy, as happy hour starts at 3pm.

But don’t linger too long. El Farol sits right in the middle of the Canyon Road art district. Grab a bottle of water and take your eyes on another artistic trek. This is definitely one of the country’s most iconic streets — close to a mile of art galleries, boutiques, and restaurants, all set against the foothills of the Sangre de Cristo Mountains. And, yes, there’s plenty of Old World charm and classic adobe architecture to seal the deal. 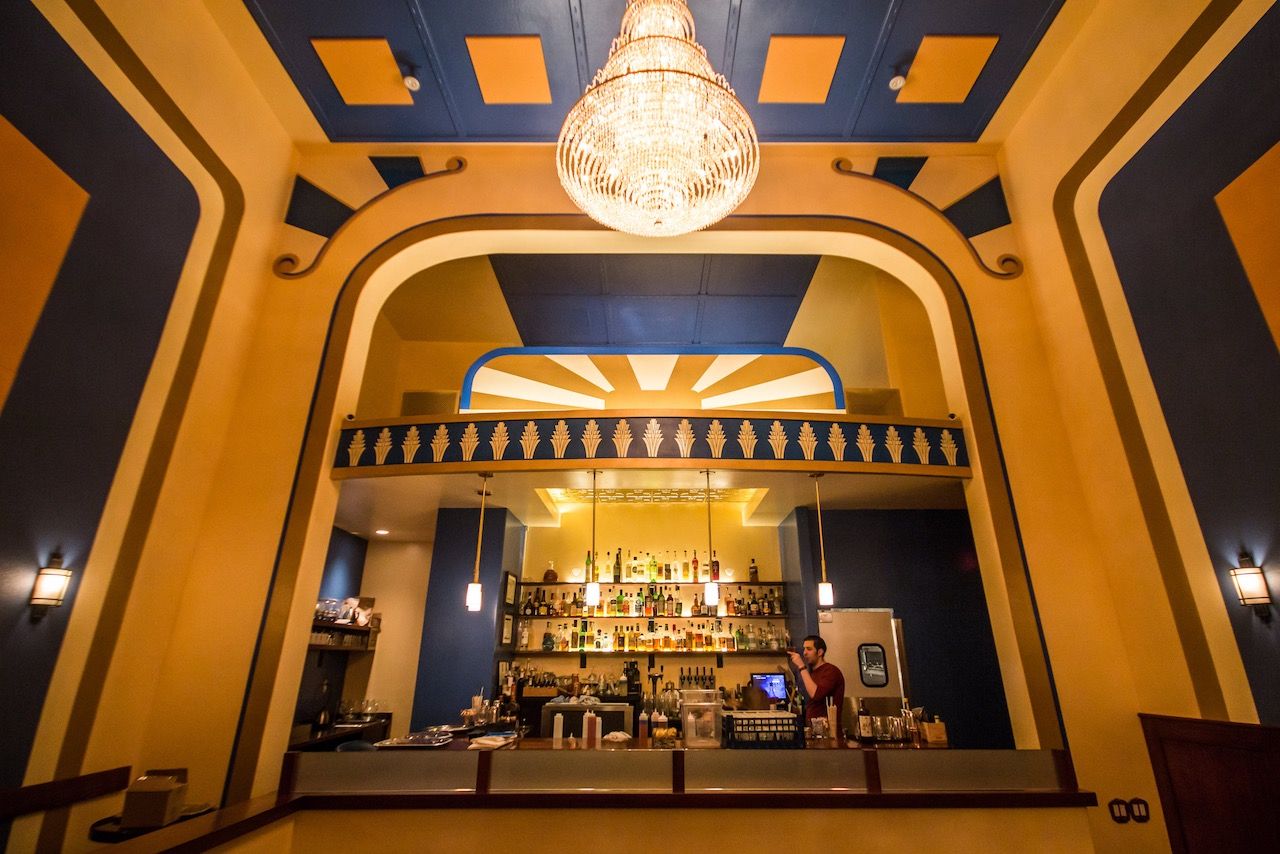 Because today is all about learning, and because Santa Fe is known as a culinary destination, you’ll probably want to pick up some skills to impress your friends back home. Take a class in local cuisine at the renowned Santa Fe School of Cooking (they offer both demo-style and hands-on classes). The best part? You get to eat the fruits of your labor, and trust us — with a little direction and supervision, you’re definitely a better chef than you thought you were.

For after-dinner libations and sunset-gazing, order a mezcal cocktail on the ultimate people-watching patio at Coyote Cantina (when the weather’s warm), or get slightly snazzied up and walk into a world of craft cocktails, Prohibition-esque chandeliers, and live jazz at Tonic. 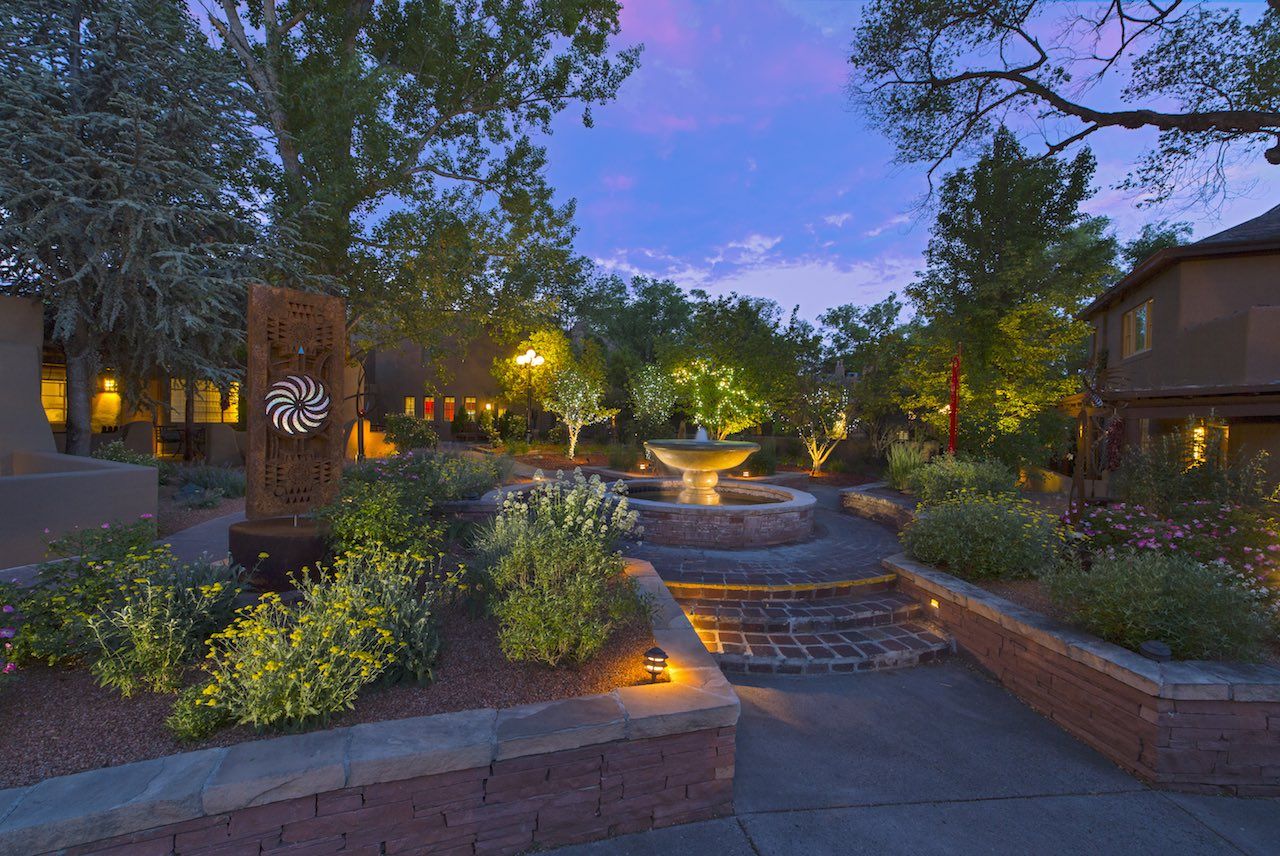 Get bright-eyed and bushy-tailed with breakfast downtown at La Posada de Santa Fe, a luxury resort and spa just off the Plaza. A historic destination in itself, La Posada was once the private home of Santa Fe art collector Julia Staab, whose ghost is said to haunt some of the guest rooms and the restaurant that bears her name. As you sip your mimosa, you can meander through the hallways, where a curated selection of contemporary art graces the walls — and keep your eye out for Julia…

Then, get ready for…you guessed it: art, art, and more art. Santa Fe is one of the country’s largest art markets, after all. Take your time and get a flavor of the past at the New Mexico Museum of Art, just down the street from La Posada. It’s housed in a Pueblo Spanish Revival building based on the aesthetic of colonial-era mission churches (as are most buildings in downtown Santa Fe, by design).

Then it’s off to explore the works of one of Santa Fe’s own at the Georgia O’Keeffe Museum. You’ll see her art — including her most iconic pieces — here, but you’ll also get a look into how she worked and where. After all, these are the landscapes that inspired her. 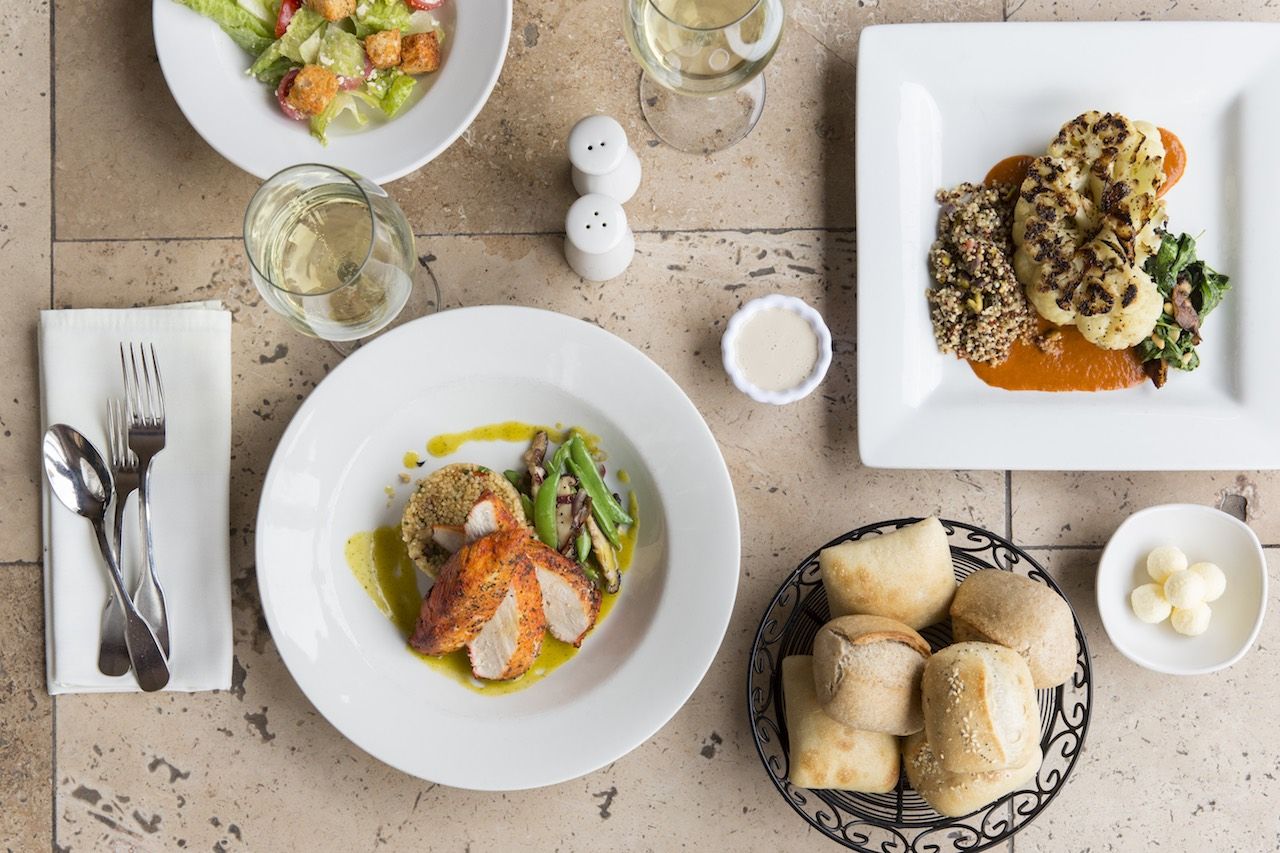 La Fonda Hotel doesn’t just occupy the oldest hotel site in Santa Fe — it occupies the oldest hotel site in the country. Records date way, way back to 1607, right around when the city was founded. The digs inside are a bit more modern, however — their recently renovated and much venerated La Plazuela bar and restaurant serves modern Southwestern cuisine and amazing margaritas (they’ve got three options on the Margarita Trail) surrounded by the skylights and hammered tin of a 1920s-era patio.

Thanks to its old roots, La Fonda (Spanish for “the inn”) is the only hotel on the historic Santa Fe Plaza, making it an excellent launching pad for exploring the heart of the city’s downtown buzz. Here’s what you’ll find nearby: 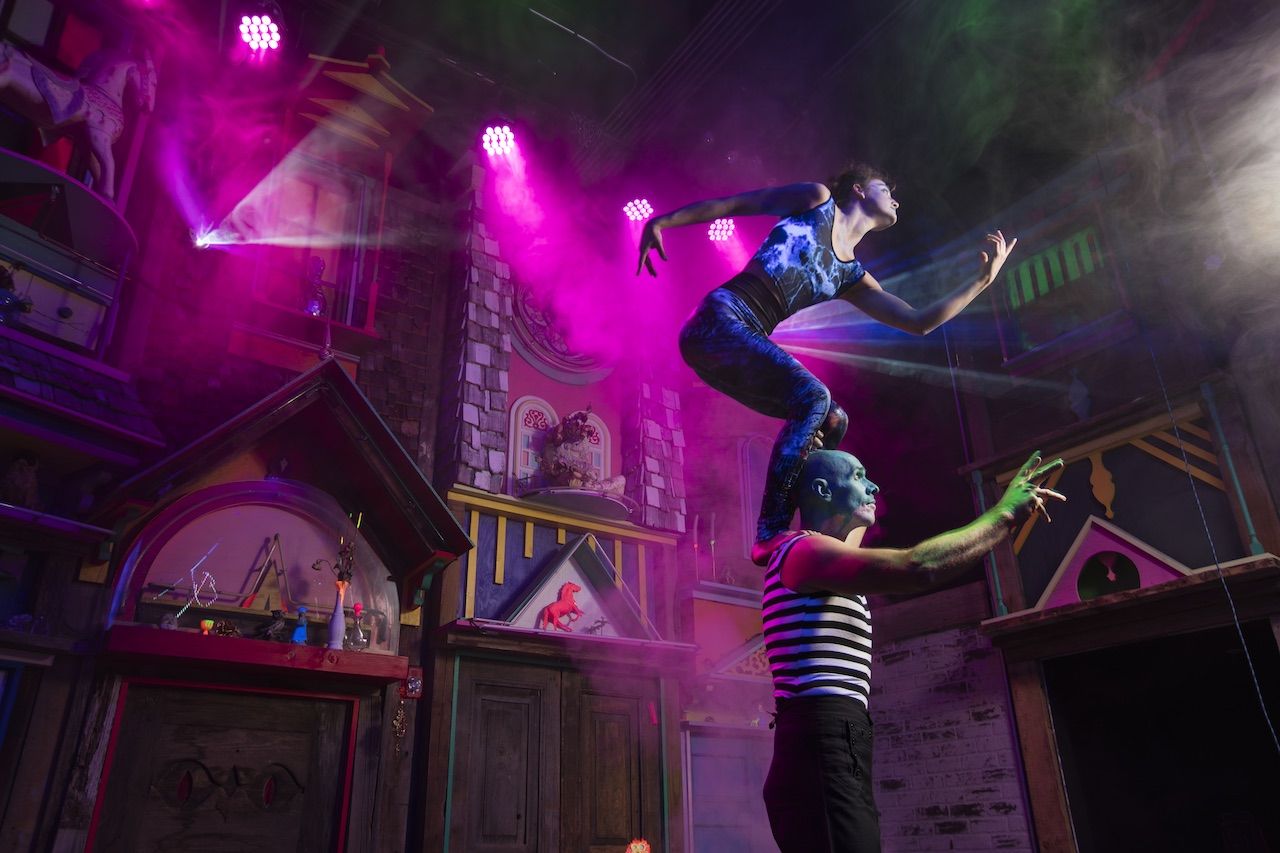 You’ve seen Santa Fe’s artistic past — now it’s time for a look into what’s in store for the future. Head down to the city’s newly reimagined industrial district for a visit to the Meow Wolf art collective’s psychedelic fun house, The House of Eternal Return. Designed by local artists, it pretty much transcends words, though “a 20,000-square-foot secret portal into science fiction and neon” is a good start.

Mind sufficiently blown, pop around the corner to the new Second Street Brewery Rufina Taproom for an El Gato IPA or one of their sours, or head across the street to Duel Brewing for a Belgian-style ale (their Fantin and Bad Amber deserve serious kudos). 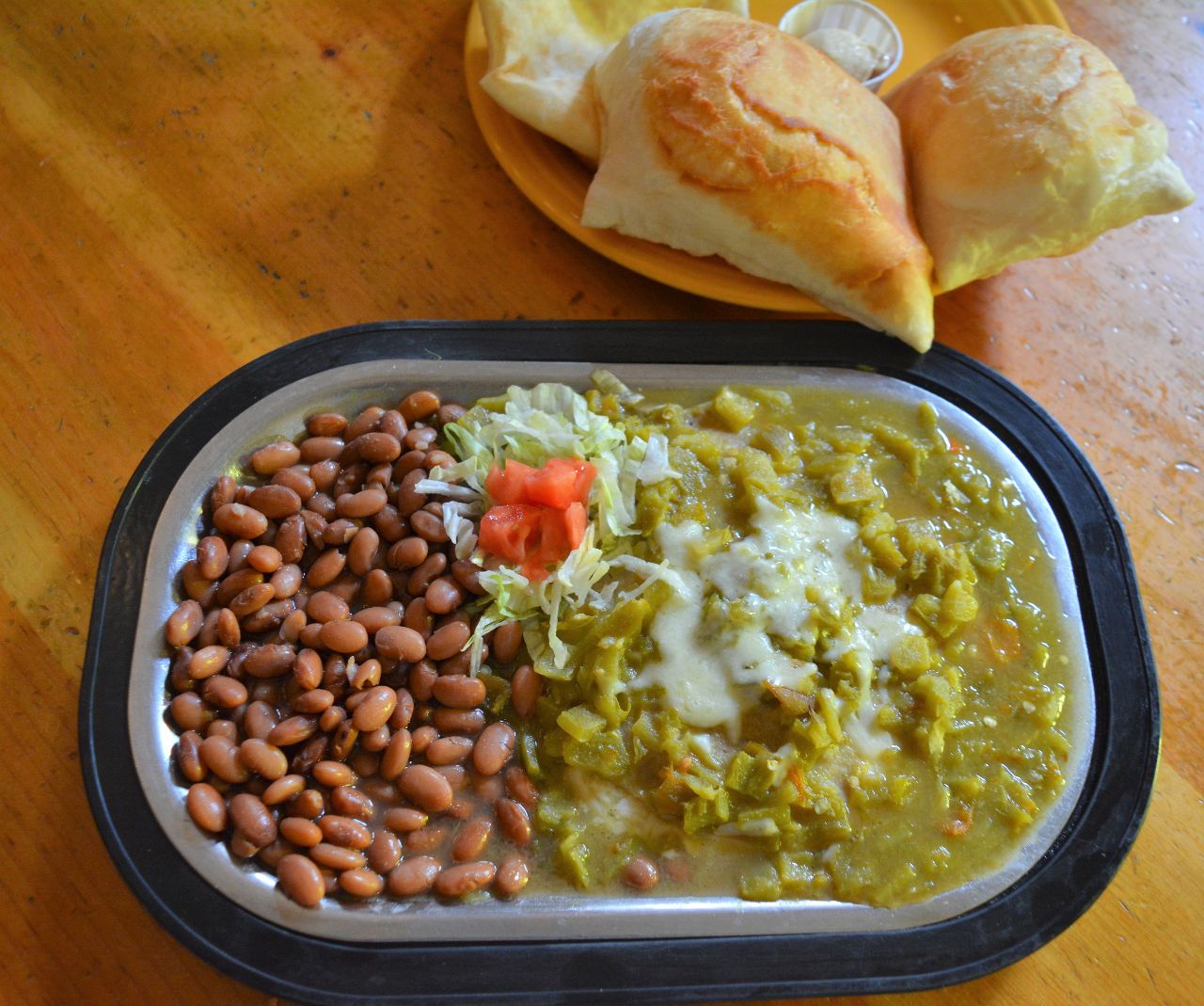 Go for a combination plate — that is, one of everything, because you can and should — at Maria’s, located on Cordova Road a few minutes from downtown. The grandmadre of Santa Fe’s New Mexican cuisine scene, this is the spot for chile rellenos, spicy carne adovada, giant margaritas, and pillowy sopapillas, where they’ll ask you the official state question: “Red or green?”

7 outdoor adventures for the whole family in Santa Fe, NM

Looking for one last big ski weekend? Look no further than Santa Fe

The best margaritas in the world are in Santa Fe, NM. Here’s proof.

8 incredible art experiences you can only have in Santa Fe, New Mexico