Recreational dispensaries opened their doors to the 21-plus public in Colorado back in 2014. The novelty itself is old news these days. In its place? A thriving local cannabis culture that does wonders for the economy and community. Denver is the best spot on Earth to see into the future of what a mature legalization landscape looks like — and it’s as bright as a long row of grow lights.

In the Mile High bubble — home to more dispensaries than Starbucks and McDonalds combined — it’s easy to forget that things are still very different in other parts of the country. For cannabis lovers who have skeptics in their lives, Denver is the place to have that heart-to-heart. The legal cannabis scene attracts both believers and non-believers, often hand-in-hand. People come to bond over bud, open the minds of judgy loved ones and show that weed culture is a lot more than getting stoned in a basement.

Here’s a list of safe, legal, low-pressure activities for enthusiasts to try with non-smokers (or “non-consumers”, as we call them here) that will open their eyes to the bright side of weed. Remember: consumption is always optional, but honest conversation is highly encouraged.

1. For the weed-skeptical music lover: 4/20 Concerts and Festivals 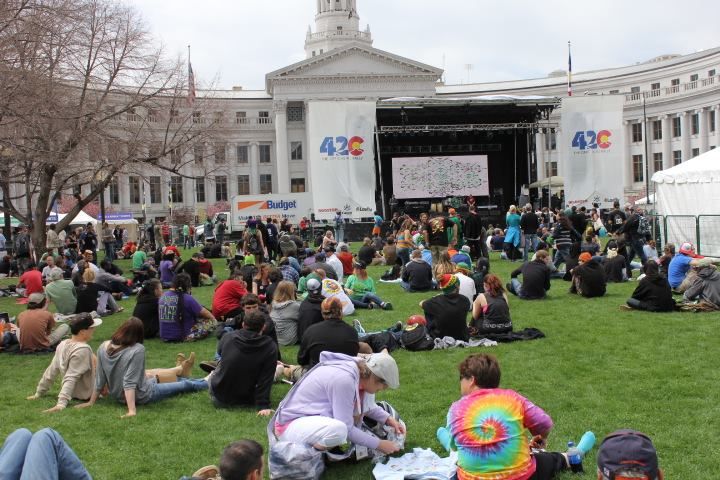 Since before the days of recreational legalization, Denver has been a place to rally for weed freedom each year on the “high holiday” of April 20th. Now that our wish has been granted, Denverites gather to rejoice. The rally at Civic Center Park lives on, but it’s now more celebration than demonstration. The free gathering attracts large crowds and national headliners. This year, the lineup includes Lil Wayne and Lil Jon.

The rally is just the tip of the 4/20 iceberg. Weed-themed music events take over Red Rocks Amphitheater and Denver’s historic concert venues. The multi-day music festival 420 On the Block shakes up the stoner stereotype with a genre-bending lineup spanning hip hop, reggae, indie rock, and bluegrass. It has something for every music lover to check out, whether they pass the pipe or not.

2. For the weed-skeptical health nut: Cannabis Wellness and Yoga 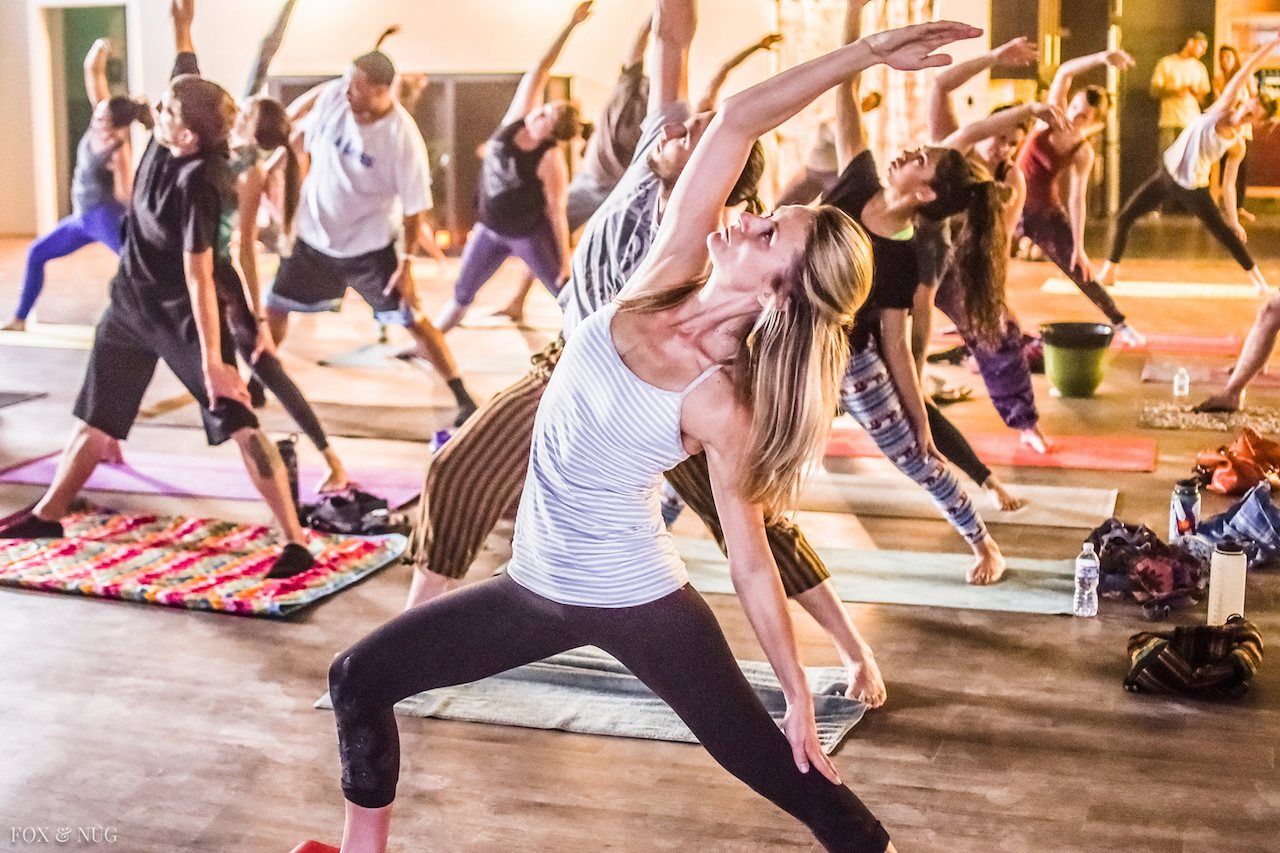 Cannabis as medicine? Confirmed. To make the case that weed isn’t just a social drug but also has medicinal and therapeutic process, take your skeptic on a cannabis wellness tour. Together, you’ll hear a physician’s perspective on MMJ, then board a consumption-friendly limo bus to the all-natural grow facility of Verde Natural, which is essentially the Whole Foods of cannabis. You’ll hear from expert growers about their “living soil” techniques.

Cannabis has also found its way into Denver’s yoga studios. For yogis who have never elevated their practice before, here’s the chance to try it out in a legal, safe, guided, and supported way. Check out bend and blaze at Cultivated Synergy — home of Denver’s cannabis coworking space. 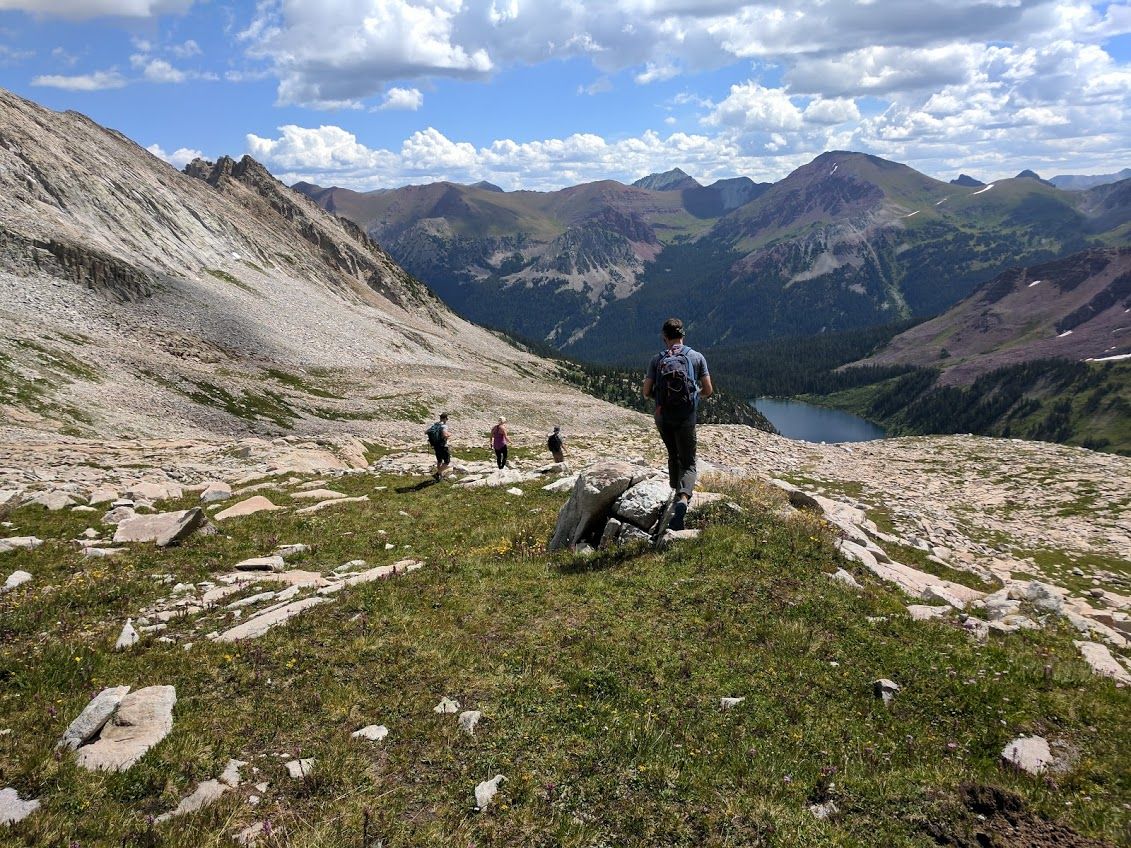 Above all else, Colorado is a mountain adventure destination. Now that weed is legal and more socially accepted, mountain-loving locals tend to combine the two. After learning the ins and outs of outdoor use, pass a pre-roll to your weed-shy friends on a super-scenic camping or hiking trip. Perhaps they, too, will discover a heightened mindfulness and connectedness to Mother Earth. Just be careful not to embark on any dangerous hikes with newbies (to hiking, weed, or both).

Not sure where to start? There’s a guide for that. Cannaventure helps visitors exercise their “right to hike high” with group excursions and trail recommendations.

4. For the weed-skeptical social justice warrior: Seed and Smith

Some people will simply never be interested in the psychoactive power of THC or want to experience it for themselves. And that’s okay. Denver welcomes abstainers with open arms. Advocates will assert that legalization is far more than a personal preferences issue — it’s also a political issue, and even a racial equality issue.

At the end of its through-the-looking-glass cannabis production tour, Seed and Smith goes there. Its signage educates visitors about the racial disparity in marijuana arrests, asserting that “On average, a black person is 3.73 times more likely to be arrested for marijuana possession than a white person, even though blacks and whites use marijuana at similar rates.”

In that light, legal weed is something even non-tokers can get behind. 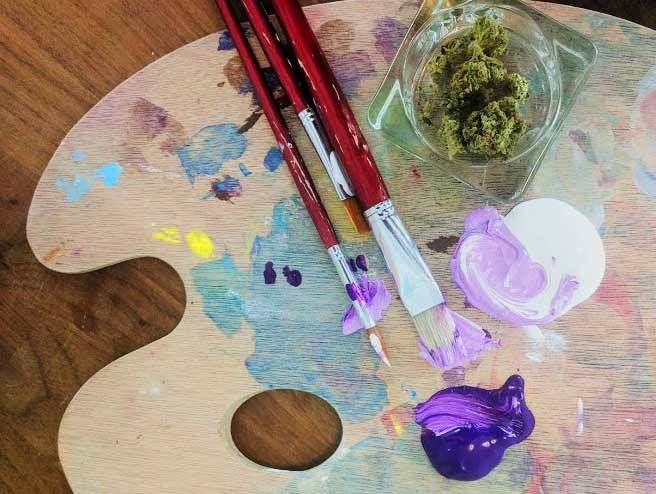 Move over, wine and paint class. Where it’s legal, creative types can pair their crafts time with cannabis. Puff Pass & Paint pioneered this pairing in Denver, then expanded to seven more cities across the U.S.A.

Painting isn’t the only “elevated crafting” class out there. In Denver, you can also find Puff Pass Pincushion, marvel at the ceiling murals of the neo-Sistine International Church of Cannabis and even learn new skills at a Sushi & Joint Rolling Class, which is spun as the ultimate date night idea. After all, the couple that blazes together… stayzes together? Or at least, fights less about the role of the green goddess in their relationship.

Insider GuidesEverything You Need To Know About Cannabis Travel in Colorado in 2017
Tagged
Cannabis Denver, CO, United States
What did you think of this story?
Meh
Good
Awesome