I get it: we jump off the plane, land somewhere brand new, and everything — from tiny details to massive scenes — feels photo-worthy. So, we grab whatever camera we have and snap away to the extent we may as well just be filming. And yet, over and over again I hear from people that they’re disappointed, that the photos “didn’t do it justice,” or that taking pictures was more stress than it was worth. Here are 5 common mistakes to avoid, and advice you can use to get stronger images right now, wherever in the world you may be.

Light. is. everything. It turns the simplest photo into art, and the best photo into “meh.” The biggest mistake most people make is heading out in the middle of the day and shooting in harsh, midday light. You know how awful changing room lighting makes you look? That’s midday sun. It’s right above you and casts terrible shadows across your face. To a camera, this makes part of a scene too bright and parts of the scene too dark (deep shadows). Cameras, as far as they have come, cannot field light like a human eye. So, you can look at a bright scene and think it’s fine, but the camera can’t and the result is harsh shadows, flat color, and no texture. The best solution is to get your butt out of bed (put that jet lag to use if you can) and go take photos just after sunrise. As a bonus, the streets will be quieter. Runner-up solutions: 1 to 2 hours before sunset when the light is soft, or overcast days (anything goes when it’s cloudy). If all else fails and you must shoot mid-afternoon in the sun, go inside or undercover, or focus on the shady side of the street. 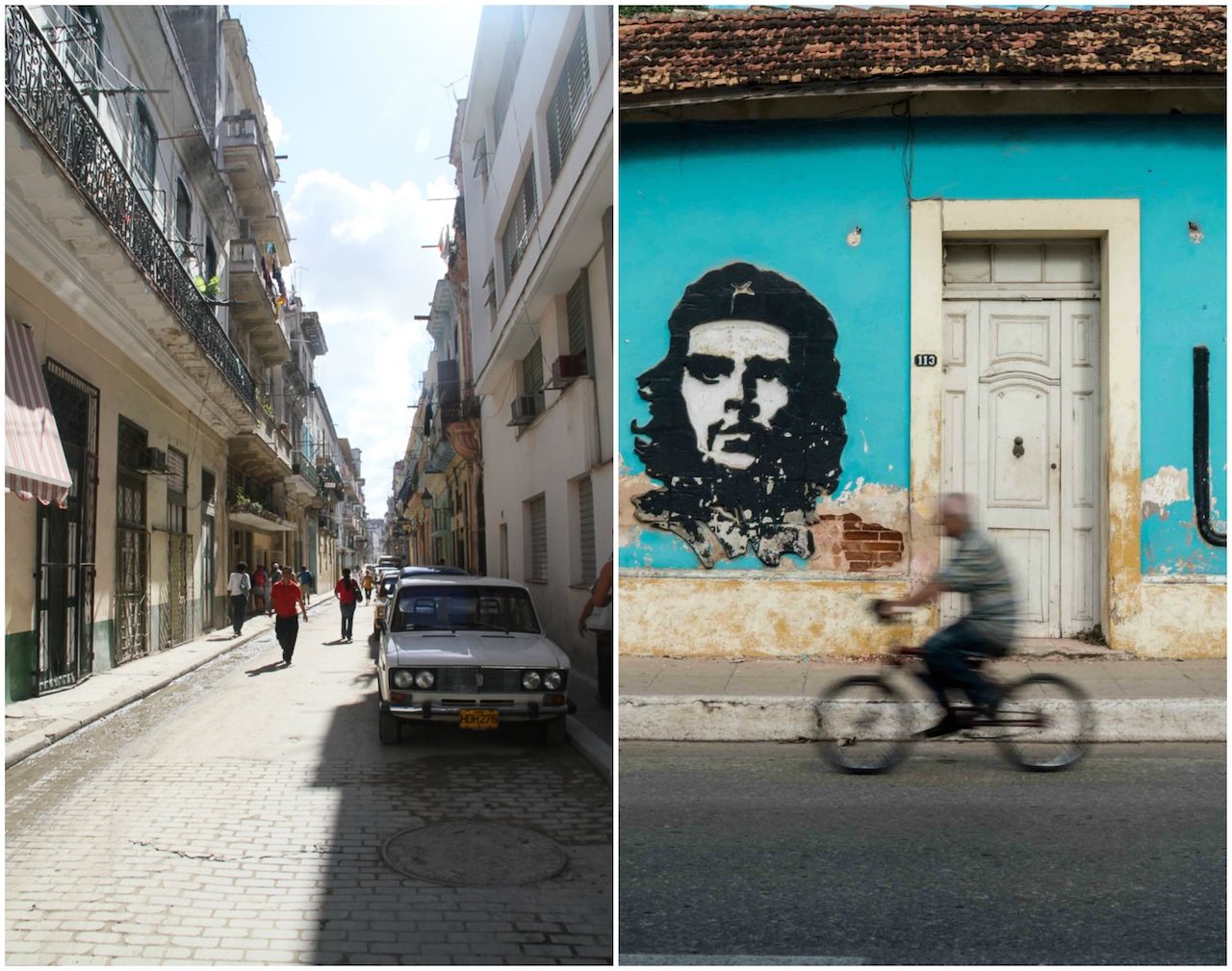 I went to Cuba in 2011 for a wedding and did a one-day trip to Havana. This trip was from 10 AM to 2 PM — full sun only. The left is a classic example of mixed harsh light.
The image on the right is from 2016 when I took 3 weeks to get lost with my camera at the best times of day. I spotted this wall one afternoon and came back a different morning with this shot in mind. Look at the nice, even light in the second shot.

2. You’re including too much.

The best piece of advice for photography I ever received came from photographer David du Chemin: you are responsible for everything in the frame. There are, of course, some grand scenes in the world that deserve a wide, sweeping image to include all the amazing details. But often, novice photography can be marked by being too busy. There’s too much stuff in the shot, and it doesn’t feel intentional or balanced. It feels busy. Cluttered. So, zooming in is the answer. Exclude clutter and include just certain aspects of the scene. This is especially true if you’re out with many other tourists. Nothing takes away from the vibe of a travel photo like tourists with their backpacks, selfie sticks, and looks of wonderment or fatigue. Exclude them from your photos as much as you can. 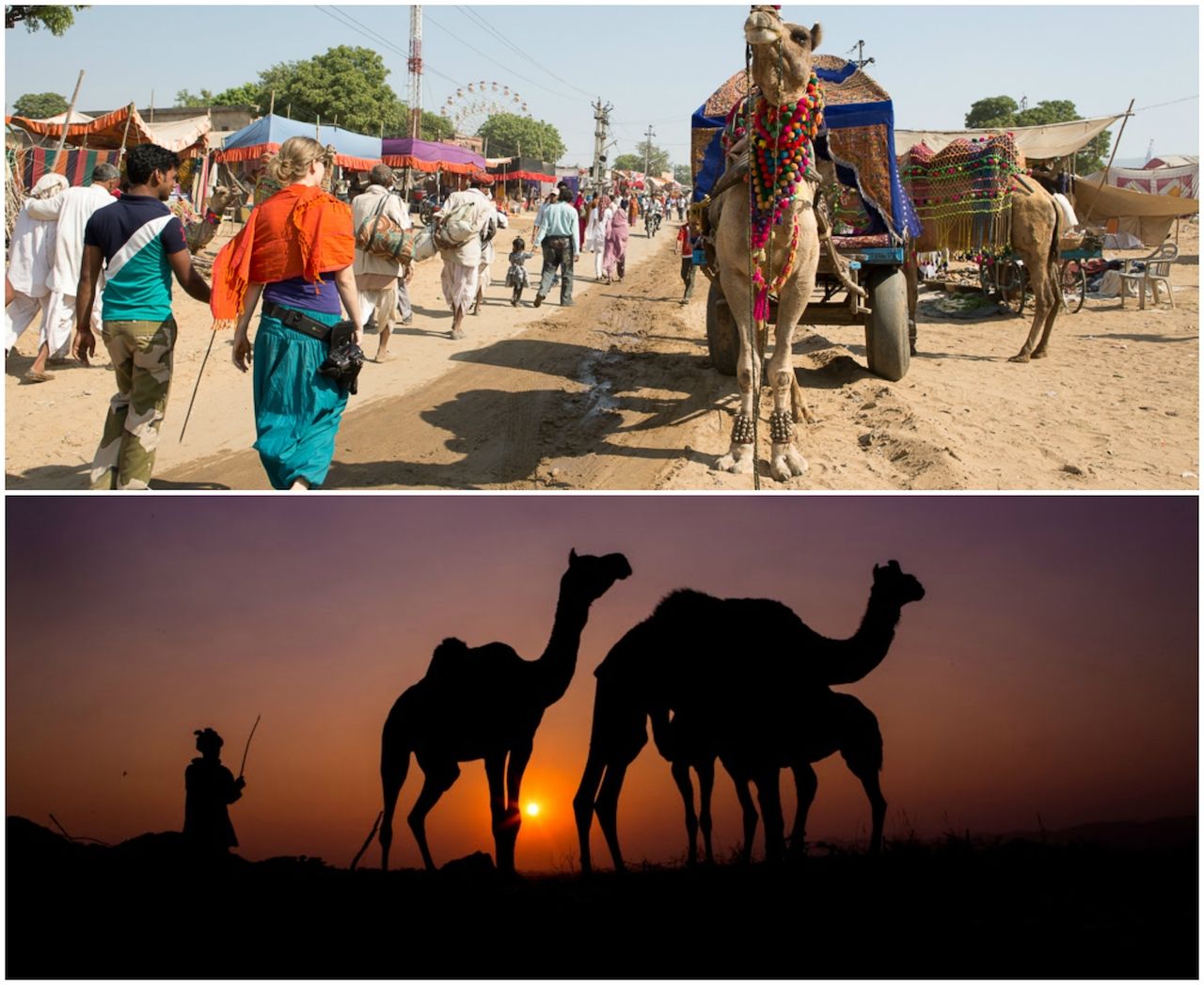 The top image is a scene from the Pushkar Camel Fair in India. There is a lot not working in this photo. For one, there is a fellow traveler right there — blonde and brightly colored — in the front of my shot. Two, everyone is walking away from me. Three, harsh midday light is making everything washed out and shadowy.
The bottom shot is excluding the chaos of the market to focus on one guy with his 3 camels, instead of the whole affair. It’s not that the market was any less busy at sunset — it’s just a matter of exclusion (and light).

When we’re new to something, whether photography itself or bringing photography into your travels, we hesitate. When we hesitate we don’t get close enough. Unintentional distance can be perceived easily in photos — viewers can sense intuitively if an image feels distant from its subject and it makes the photo feel lacking. So, not for every shot, but for some, challenge yourself to get closer. Zoom in, walk closer, or both. In conjunction with excluding clutter, zooming in feels intentional. It says “forget the rest, this is what I want you to see.'” 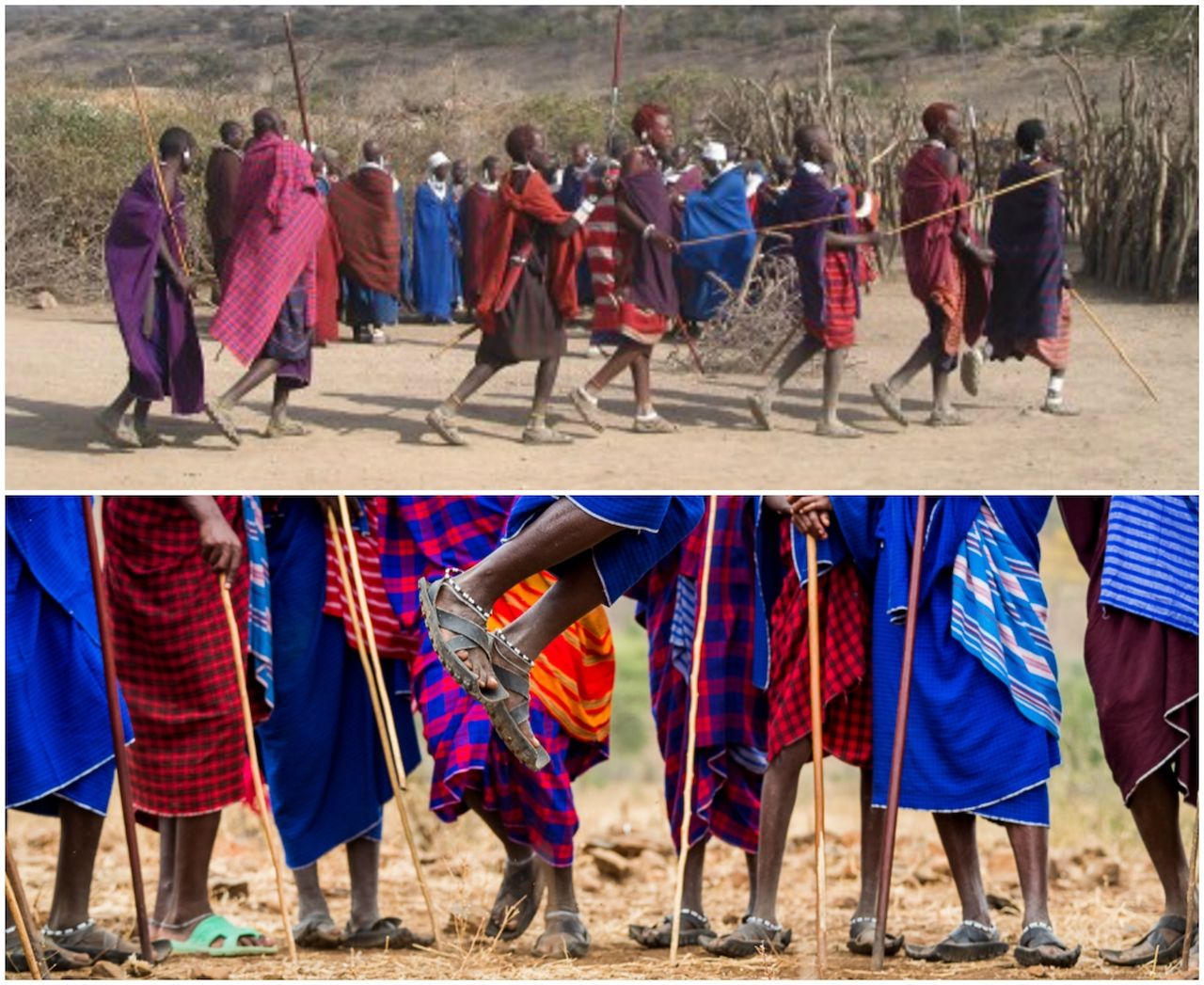 The top image is from a visit to Tanzania in 2006. Back then, I was a new traveler, a new photographer, and new to Africa and you can sense that in the distance I kept from the event.
The bottom shot is from a recent return, and you can sense I got in there. I got close, I “leaned in” to the shot — even more than I was used to — and it translates positively as intention and purpose in the photo.

4. You have no clear subject.

A subject is the anchor of a shot: the reason the shot is being made. It can be a person, a building, a detail, a moment. It can even be a textured wall, a doorway, a teacup, two people holding hands, a street, a sign, or an old man reading a newspaper. There are no limits on what qualifies a subject. But it’s the purpose of the shot and it says to the viewer “This. This is what to look at. This is the point of the photo.” There can be multiple layers to a photo, details that add to the subject or help create an interesting scene, but still, there is often single subject to a strong photo. Ask yourself: what’s the anchor here? Why am I taking this particular photo? 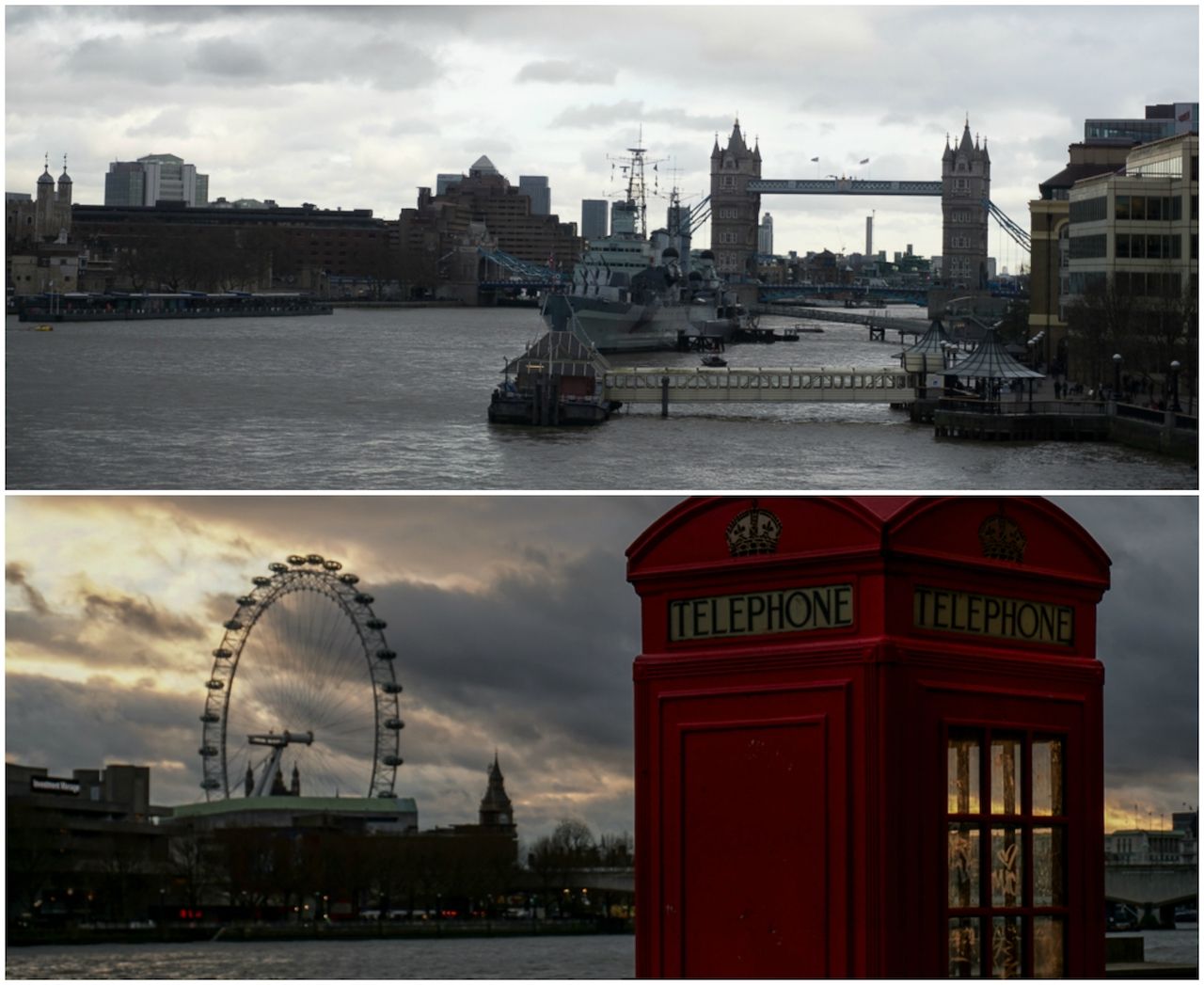 On the top: Quick snap of the river that accomplishes nothing. This is how the River Thames looked that day.
On the bottom, a much clearer subject — the classic phone booth — with a second layer of interest, the London Eye, chilling in the background. But it’s clear: the subject of this photo is the booth. Both are “classic” London, I supposed, but the one with the clear subject matter — which happens to be executed in sunset light — is stronger.

5. You’re shooting too much.

In the photo industry, we have a term: “Spray and Pray.” It’s used for when we take a million photos and pray a few are good. It happens a lot in the travel genre — it’s very exciting to arrive somewhere new and we don’t have enough time to see and do everything we want, so we get pushed into photo overdrive. Rather than really focusing on the place, the people, the subjects we want to highlight, we may just haphazardly shoot everything in sight and yet translate nothing really about the place into a shot. We’ll achieve “I was here” and maybe “this is how it looked” but not “this is how it felt” or “this is the essence of this place.” What we need to do is slow down. Shoot less, and shoot after you have a subject in mind. How about we pretend it’s film in our camera? What if you went out with 3 “rolls” of film? (That’s 72 images). What would change? Try to picture your photo before you take it. They won’t all be winners — that would be an unrealistic expectation — but it will bring a sense of intentionality and purpose to some of your shots, especially when combined with the other tips above: light, distance, decluttering, and subject. 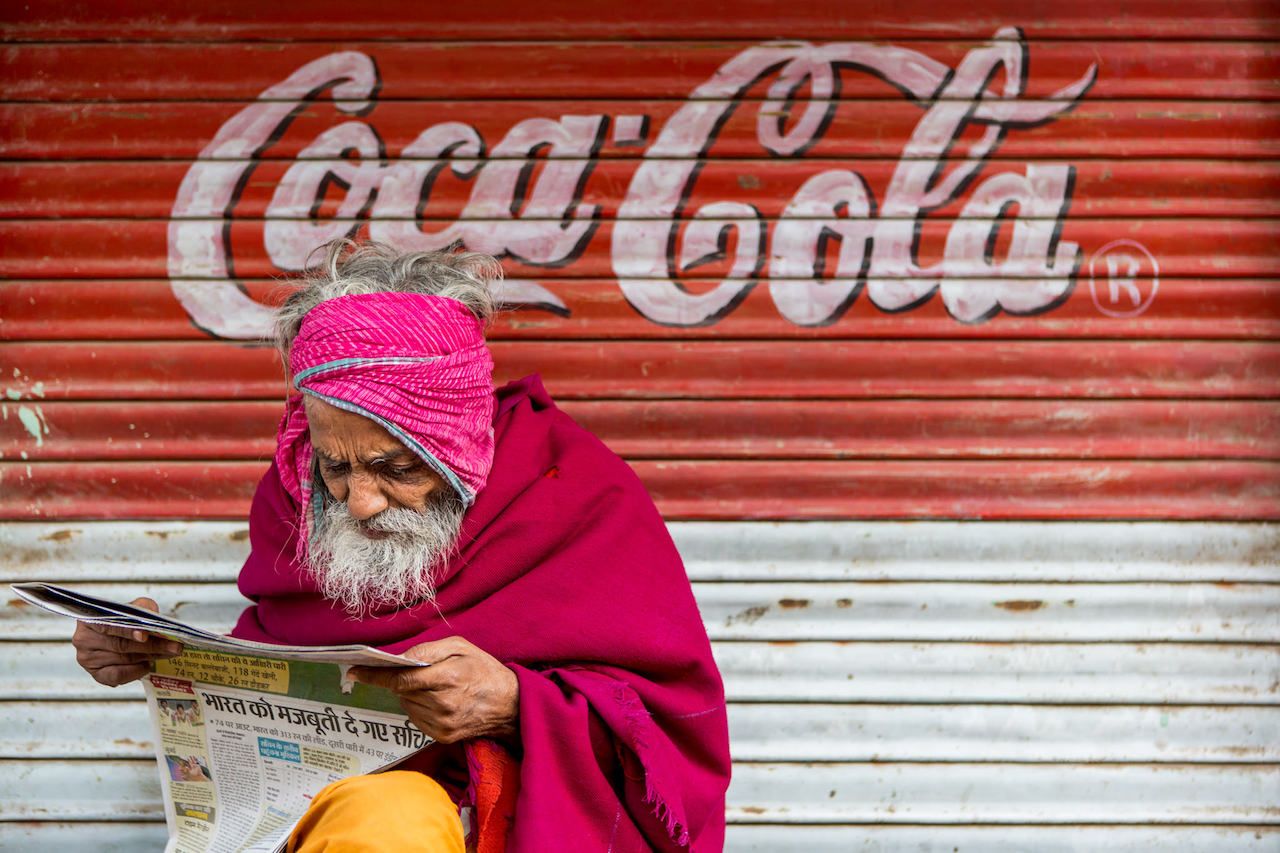 Combining all of the above tips into one shot. I woke at 5 AM to go for a stroll before this Indian city got thumping, before the haze, the smoke, the color, and the tourists rolled in. I excluded dangling banners, other shop signs, other colors and zoomed right in on this man, and the red Coke sign. I got even closer just so he took up a healthy portion of my shot and wasn’t overwhelmed by the red or lost in the frame. He was my subject, loud and clear, and the Coke sign just helped to add color and humor to the shot. I took 5 slightly different shots, one of which, above, was the winner. I’m not cocky and I would never claim I do exactly this every time. When you do nail a shot — when you feel you captured even a little slice of a place and its culture, people, and atmosphere — it is exhilarating and worth all the effort.

7 Tips From a Pro That Will Immediately Improve Your Travel Photos
Tagged
Travel
What did you think of this story?
Meh
Good
Awesome