You know about the culture-rich capitals of European art and history. You know about the charming UNESCO-designated villages and the medieval old towns. But how about Germany’s rolling vineyards, steaming volcanic landscapes, chalky-white cliffs, seaside islands, snow-capped peaks, or the green “ribbon of friendship?” The country’s outdoors are vast and varied, and the travel possibilities nearly endless.

Use the itineraries below to explore the nation’s best landscapes by theme, diving you deep into what stokes the brightest embers of your wanderlust. When you’re ready to travel again, which route will be your #1? 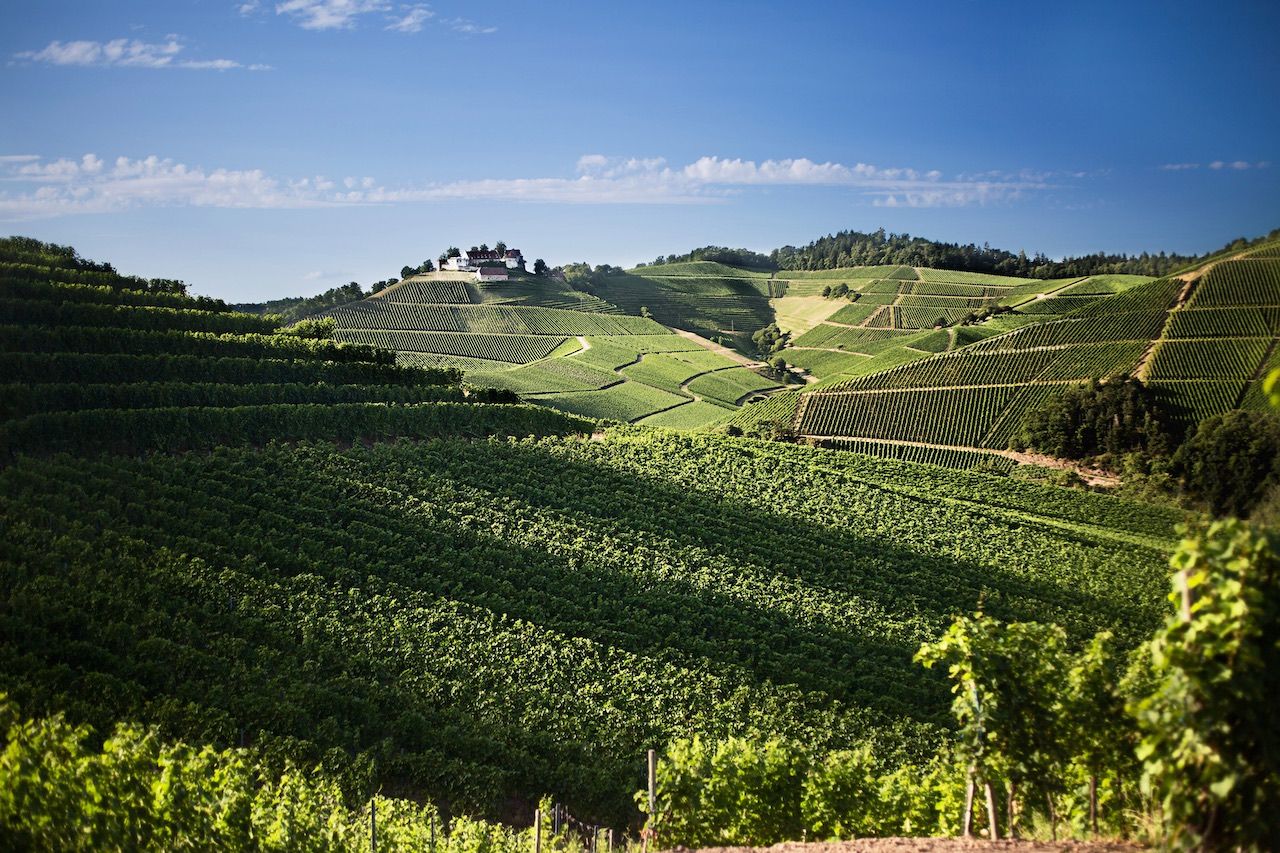 The Baden Wine Route runs between Baden-Baden — so good they named it twice — and Weil am Rhein at the Swiss border, passing through some of Germany’s most superlative vineyards. As you wind your way through the scenic, undulating landscapes of regions like Kraichgau and Ortenau, Breisgau and Markgräflerland (the “Tuscany of Germany”), Kaiserstuhl and Tuniberg, you can sample world-class Spätburgunder (Pinot Noir), Riesling, and Müller Thurgau at the many traditional taverns, known colloquially as “Besen” or “Straussen,” often directly connected to vineyards. 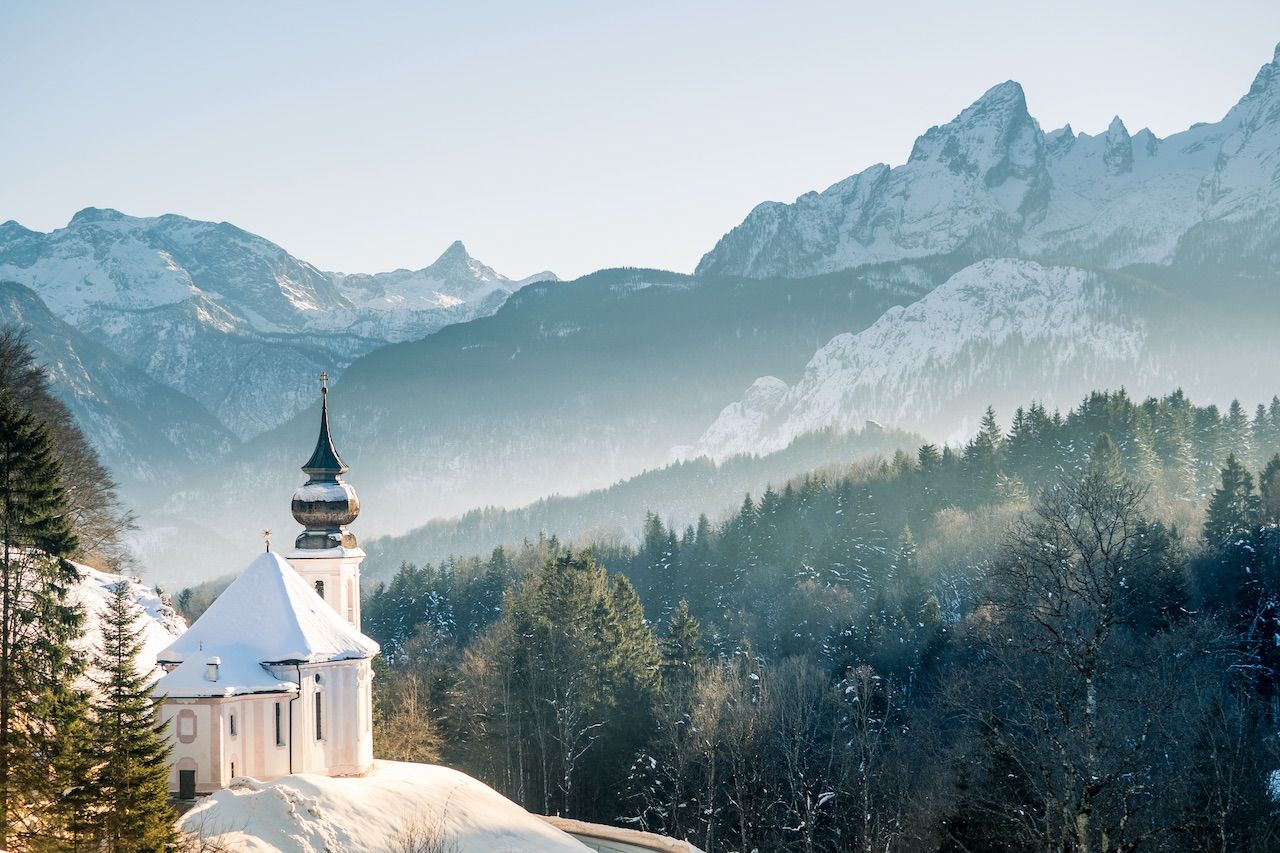 A good option for the altitude aficionados, the German Alpine Road is one of Germany’s most classic travel routes. It meanders for an impressive 310 miles through some of Bavaria’s finest scenery — from pretty Lindau on Lake Constance to Berchtesgaden on Lake Königssee — taking in some of the country’s most prominent peaks along the way.

In addition to tracing the winding Oberjoch Pass, visitors can gaze at the stunning Ammergauer Alps, admire the famous Zugspitze and Watzmann (two of Germany’s highest mountains), and explore the alpine Berchtesgaden National Park, with its wealth of wildlife and waterfalls. Needless to say, the route presents endless opportunities for adventure, with numerous cycling, hiking, and climbing routes, and winter and watersports aplenty at ski resorts and alpine lakes. But there’s a fair dose of culture and history on offer as well, including major sites like the medieval abbeys at Benediktbeuern and Ettal, the UNESCO World Heritage Wieskirche pilgrimage church, and the fairytale palaces of Neuschwanstein and Herrenchiemsee. 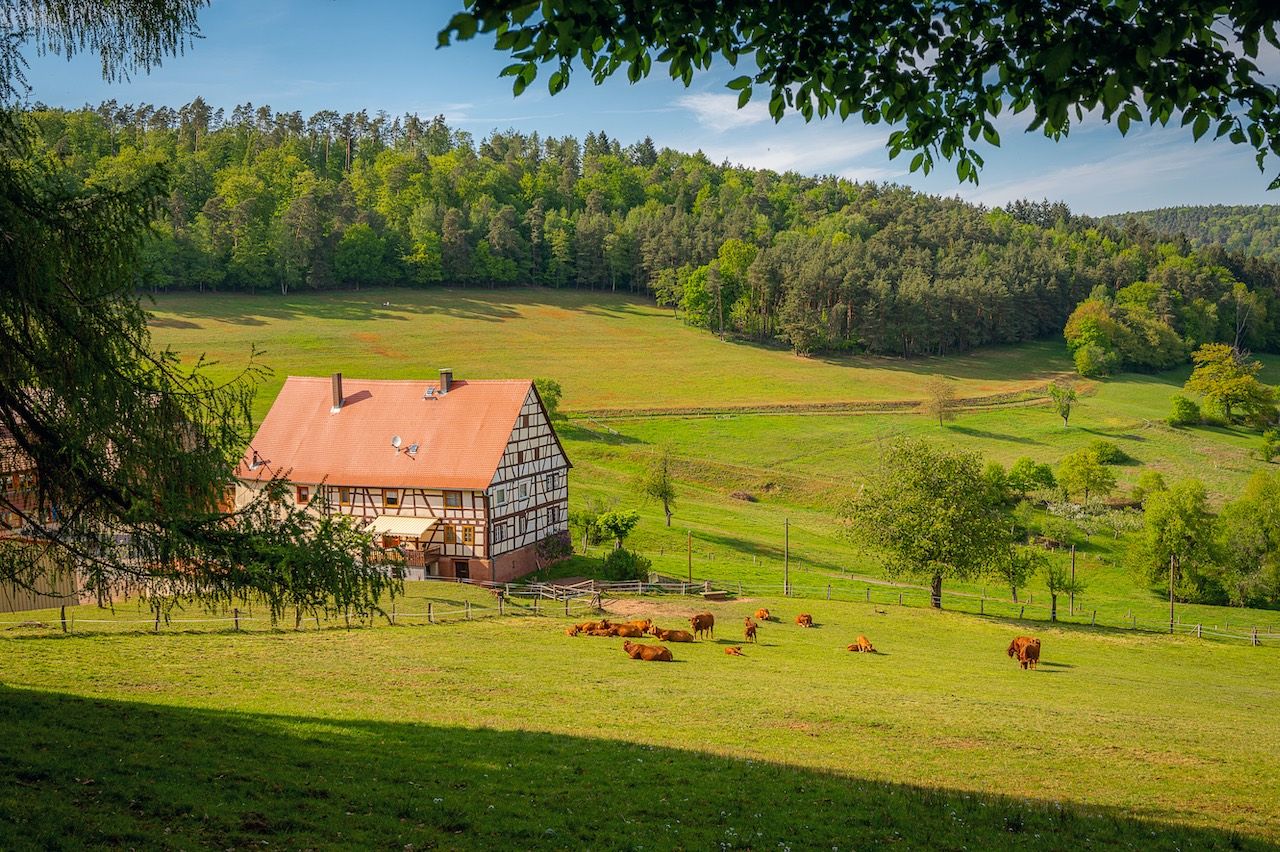 At just 50 miles long, the Bergstrasse Holiday Route might be one of Germany’s shorter itineraries, but don’t be deceived — it still packs a rambunctious punch. Named after the area through which it travels, located south of Frankfurt in the Hesse region, the route traverses mostly mountainous terrain along the edge of Odenwald, a UNESCO Global Geopark crisscrossed with hiking trails, down to the southwestern state of Baden-Württemberg.

Despite the name (“berg” means “mountain” or “hill” in German) the scenery is varied, spanning picturesque vineyards, quaint villages like Zwingenberg, and several significant castles, palaces, and abbeys — not least the splendid UNESCO Abbey of Lorsch, with its Carolingian gatehouse. Meanwhile, the renowned city of Heidelberg holds castle ruins as well as a slew of contemporary museums and art galleries. Darmstadt’s Art Nouveau buildings are worth making a stop for, as is historic Worms, one of Germany’s oldest cities. Look out for delicious regional produce along the way, including culinary events like the Darmstadt Heinerfest, in July, and annual wine festivals in towns like Hähnlein and Bensheim. 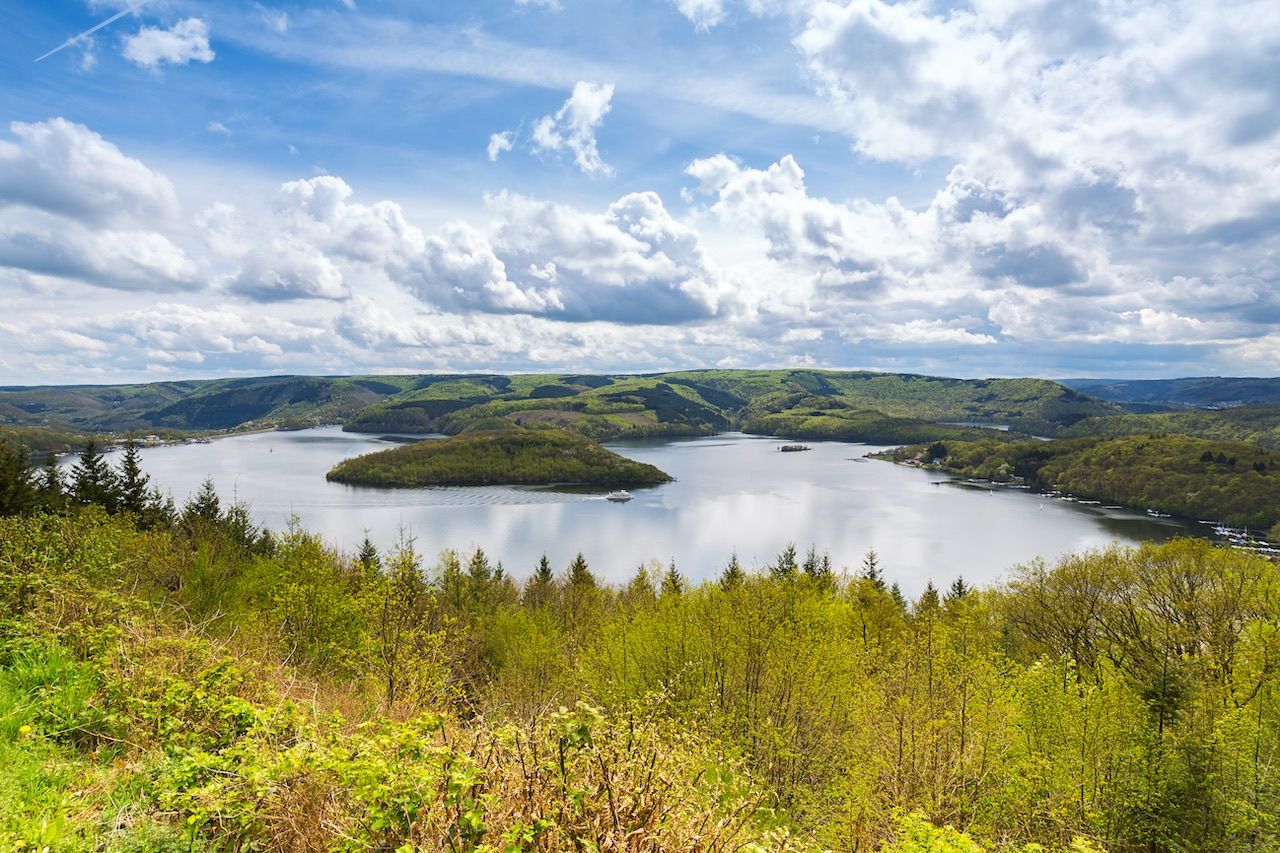 You don’t have to be a geology nerd to enjoy this unique 175-mile journey through Germany’s Eifel region — a love of landscapes and a passion for nature will suffice. That said, you might well be a volcano expert by the time you leave, since the area, which lies loosely between Bonn and Trier in Western Germany, is the most geologically active in the country. Its 39 main stops (and 350 eruption sites) feature a dramatic array of crater lakes and sinkholes, cinder cones and lava flows.

Thankfully, the Cenozoic-era volcanoes that left their mark on the area have been dormant for around 10,000 years, but there are still some bubbling pools and spurting geysers to admire. And don’t miss sights like the Romanesque Maria Laach Abbey in the village of Glees (a slight detour but worthwhile), the Römerbergwerk Meurin (Roman Mine Museum) near Kruft, and the Lava Dome museum (Deutsches Vulkanmuseum) in Mendig, which allows visitors to descend 105 feet underground to explore the “volcano cellars.” Active travelers can head for the Rhineland-Palatinate’s Hohe Acht, the region’s most beloved mountain, with walking paths and great skiing options in winter.

The Green Route was created as a symbol of European unity in an area historically contested between France and Germany, and is hence also known as the “ribbon of friendship.” It traverses the verdant forests and undulating landscapes of the Alsace and Lorraine regions in France, as well as Baden-Württemberg in Germany, matching over 150 miles of natural scenery to a wealth of gastronomy, culture, and history. Wine- producing villages on both sides of the German-French border house Michelin-starred restaurants as well as cozy wine taverns, while vibrant cities like Freiburg hold world-class museums for those rainy days.

The “green” of the route’s title is a reference to the abundant forest landscape that surrounds it, which includes the Vosges, Kaiserstuhl, and Black Forest mountain ranges — all perfect for outdoor adventure, with plenty of hiking and cycling routes. Downhill or cross-country ski at Hinterzarten, or get on the water at Titisee-Neustadt, but definitely leave time to simply sit and enjoy the view.

This post is proudly produced in partnership with the German National Tourism Board.
Tagged
Outdoor Travel Germany
What did you think of this story?
Meh
Good
Awesome