Most people know Madagascar as a land of wild and wacky animals, and it must be said: this is absolutely true. The island nation is home to some of the most outstanding animals on the planet, from the famous ring-tailed lemur to the mysterious fossa to endless collections of chameleons and insects. 80 percent of species found on the island are endemic to the country. But, although the Malagasy creatures are fascinating, they are also extremely vulnerable, and finding a tour to go see them up close is difficult, especially if you want to find an ethical one that doesn’t involve touching and feeding wildlife. That said, all the national parks have guides for hire and are safely accessible solo, so grab a map, put on your boots, and slather on some bug repellent to check out the amazing wildlife of Madagascar.

1. Listen to the call of the indri. 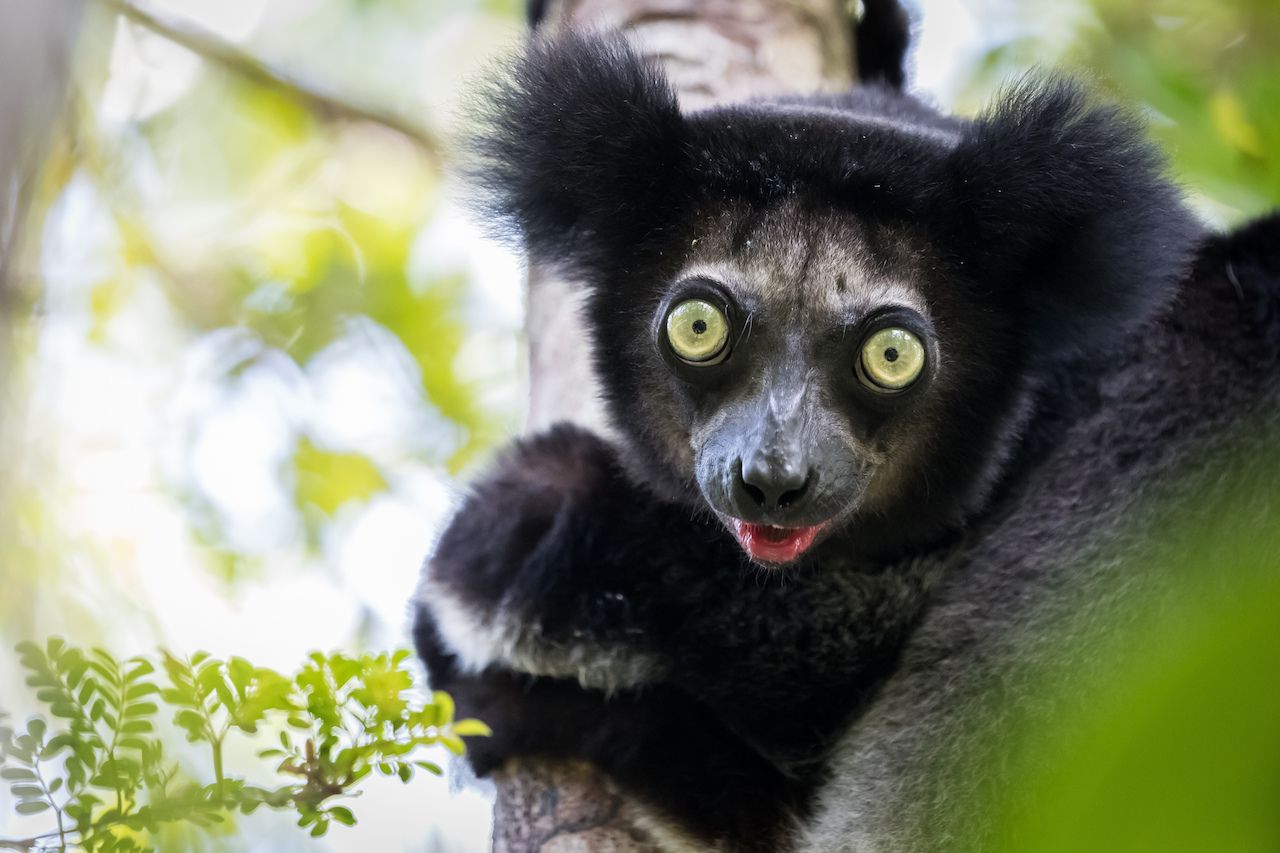 Sometimes known as the “whale of the forest,” the indri earned this title not because it’s one of the largest two lemurs still in existence, but because of its haunting call that echoes through the canopy tops of the Andasibe area. Hire a local guide at the Analamazoatra Reserve in Andasibe-Mantadia National Park, and follow the melancholy notes emanating from the black and white primates above. You’re likely to see a host of other critters while seeking the indri, too. Intrepid Travel is a tour operator that takes great care with its wildlife experiences, and they offer a trip that will put you into the heart of indri country.

2. Watch for humpback whales from the beach. 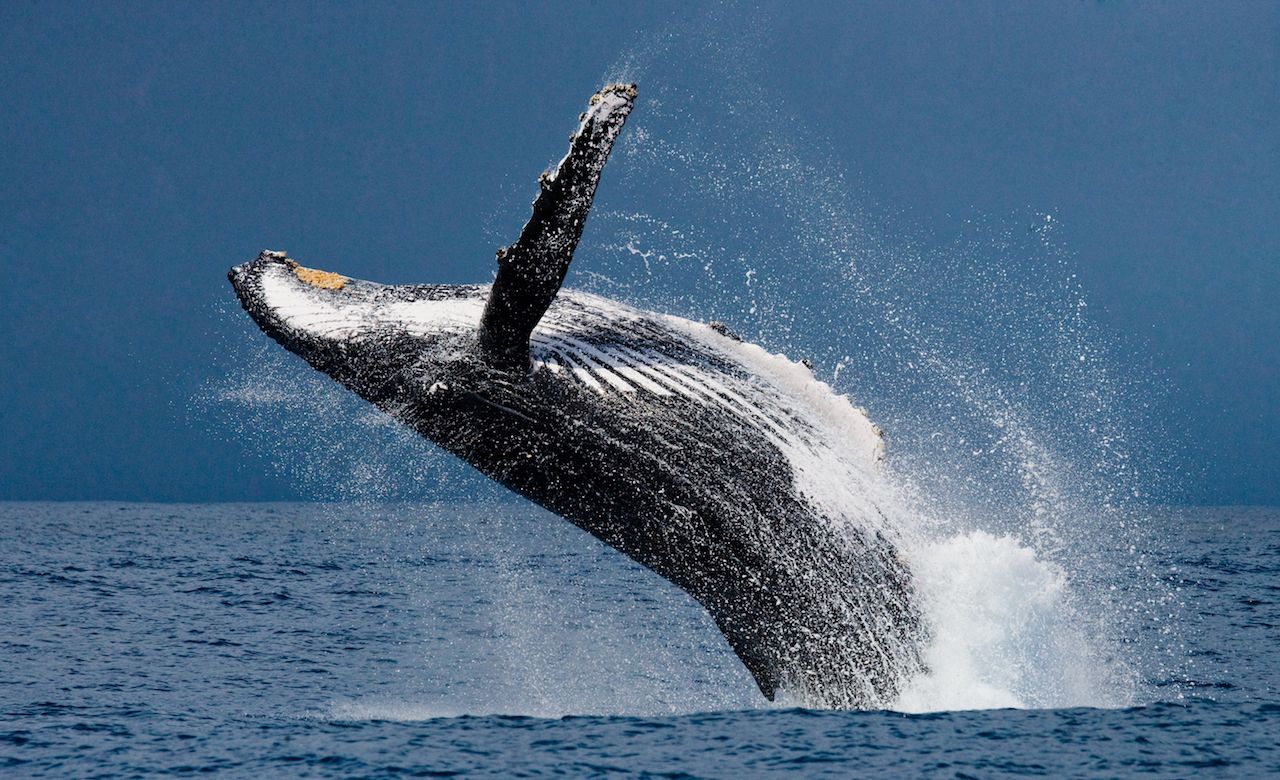 Though very much not endemic to Madagascar, the humpback whale’s circumnavigations bring it to the east coast of the African continent, and the island of Nosy Baraha is a lovely place from which to spot them. During Madagascar’s winter, which is summer in the Northern Hemisphere, pods of humpbacks can be spotted frolicking and breaching as they head away from chilly Antarctic waters. This is one of the few animal experiences where you can simultaneously relax on a beach while checking off your wildlife list. 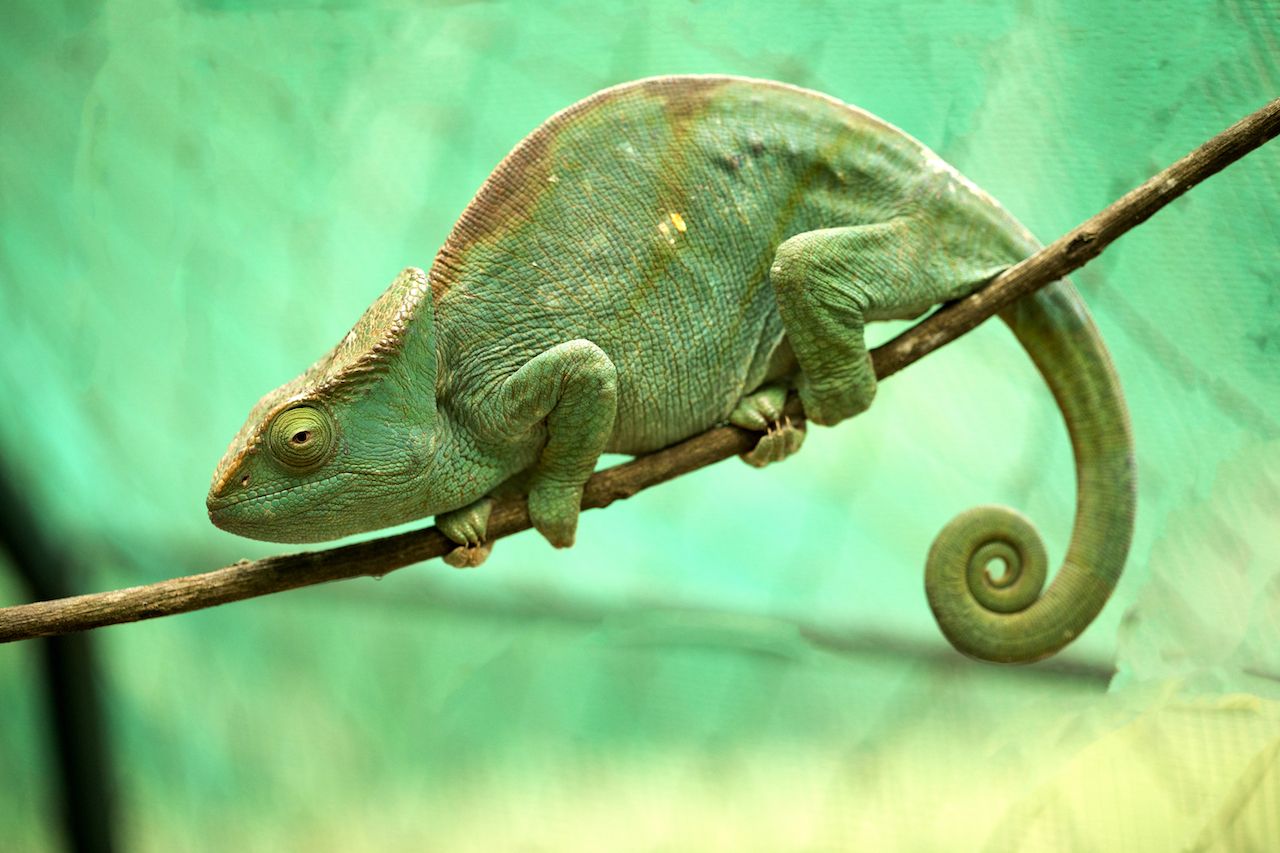 Chameleons changing color is something that has to be seen to be believed — it’s a truly spectacular phenomenon. Look for the Parson’s chameleon, one of the largest of Madagascar’s 150 chameleon species, often sporting a green or orange morph. They shift hues so gradually that it’s hard to track it even happening, until all of a sudden the orange lizard you spotted is now blending into the bush. Explore humid forests in Madagascar’s northern and eastern regions and witness the magic nature has to offer. 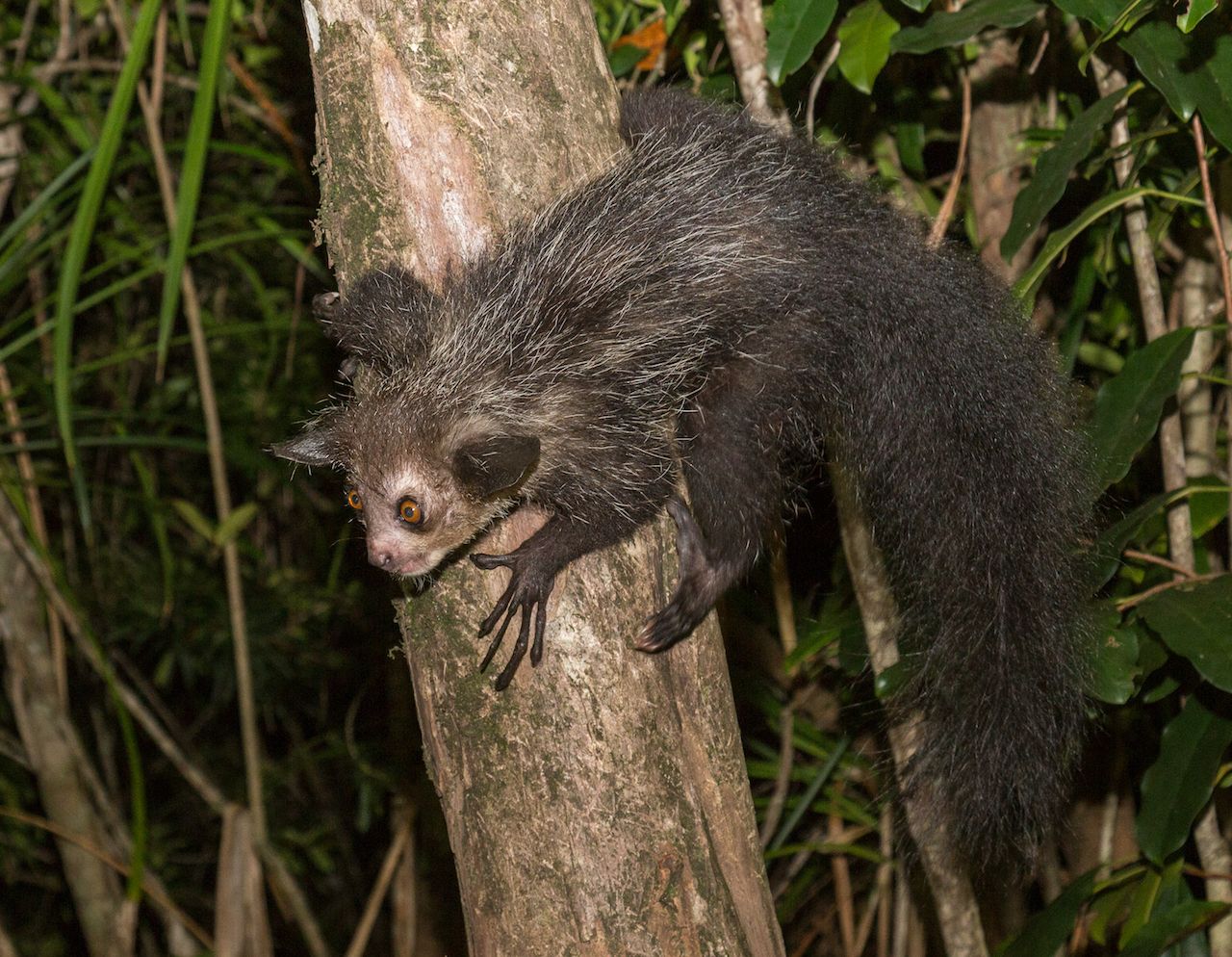 This tiny primate looks like it could have been the inspiration behind Gremlins. It’s considered to be a bad omen among locals in Madagascar, some of whom will unfortunately kill an aye-aye if spotted. It’s a nocturnal lemur, hard to find even with the assistance of an expert, but certainly worth the search. Head to the Farankaraina Forestry Reserve and go on as many night walks as it takes to spot one of these elusive creatures. When you spot one, make sure to get a good look at the single, extra-long finger on each hand — this digit is the source of the aye-aye’s evil, if you believe.

5. Mistake a tenrec for a hedgehog. 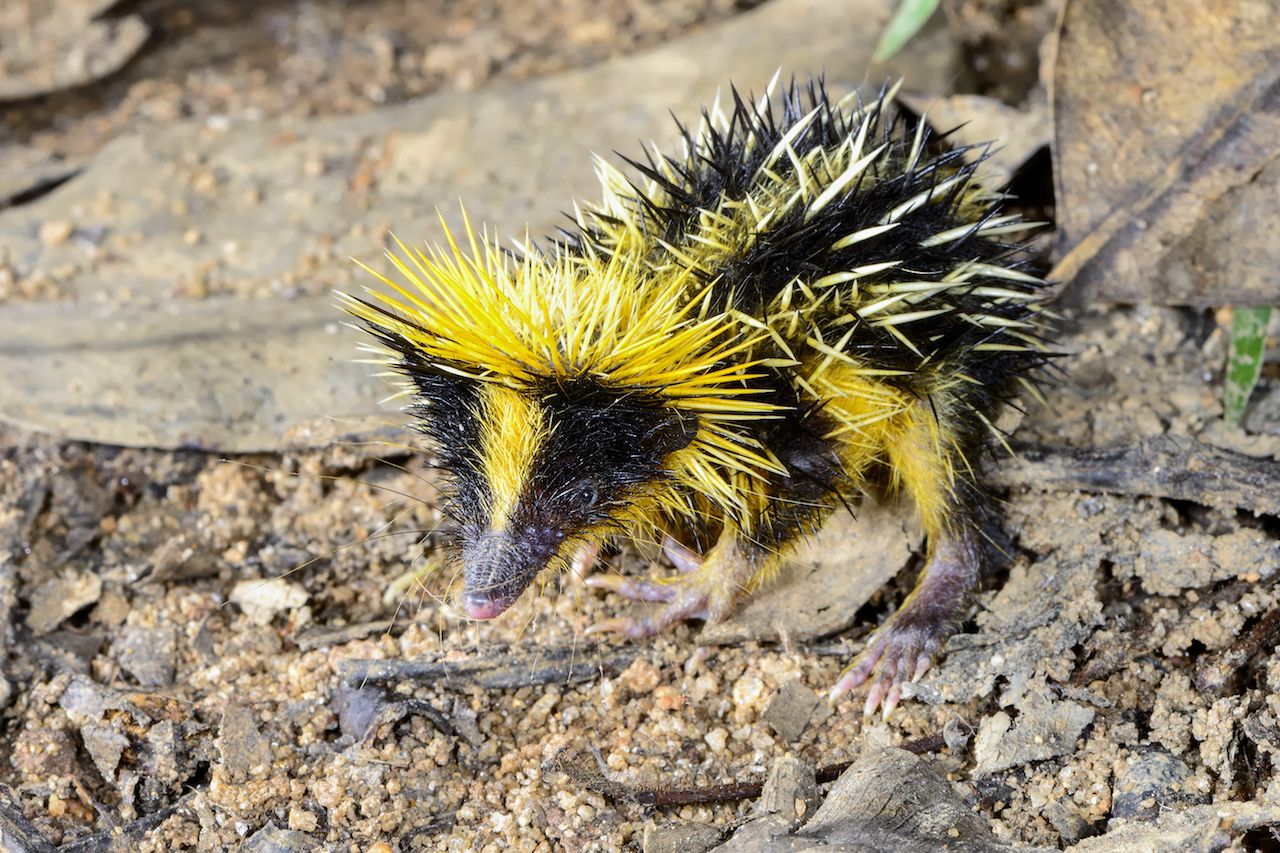 Tiny and spiky, this African mammal looks like the more well-known hedgehog, but it’s a much rarer species. The lowland streaked tenrec is one of the more notable members of the tenrec family, with a yellow spiked mohawk, and the use of stridulation to communicate (they rub specialized organs together to create sound) — once again, Madagascar has managed to evolve a mammal unlike any other. Spot these creatures among the tropical lowland rainforests of Madagascar’s eastern coast.

6. Get tricked by the satanic leaf-tailed gecko. 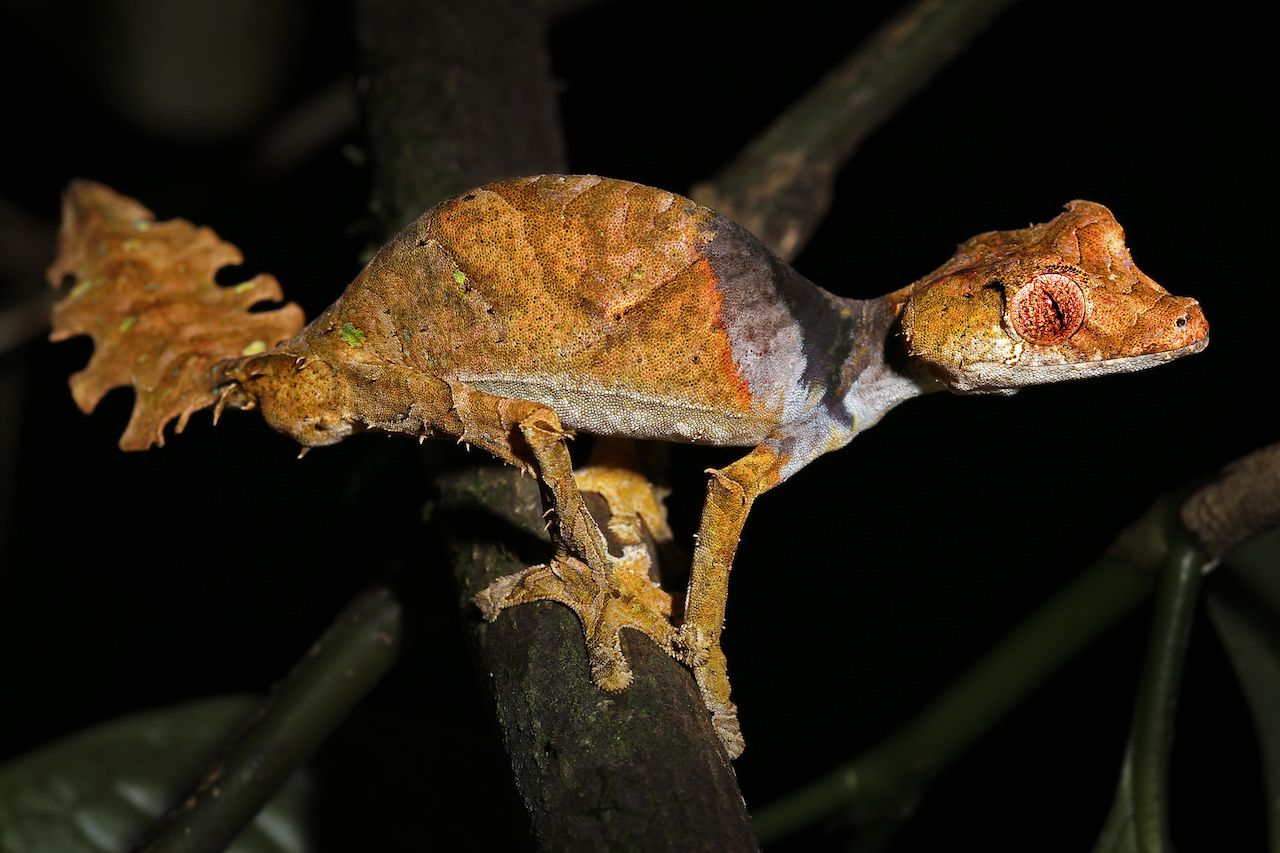 Walking through the jungles of Madagascar, you’ll probably pass plenty of these cryptic geckos without even noticing them. The satanic leaf-tailed gecko spends most of the day happily blending into the colors of the rainforest on Madagascar’s eastern side, flattening its body against trees to reduce the chance of casting a shadow, and then moving around under the cover of darkness at night. These captivating animals are unfortunately subjected to the cruelty of the pet trade, and like most species from Madagascar, are poorly equipped to survive away from where they specifically evolved. For your best shot at seeing them in the wild where they belong, head to Saratanana Strict Nature Reserve, Marojejy National Park, or Anjanaharibe Special Reserve. 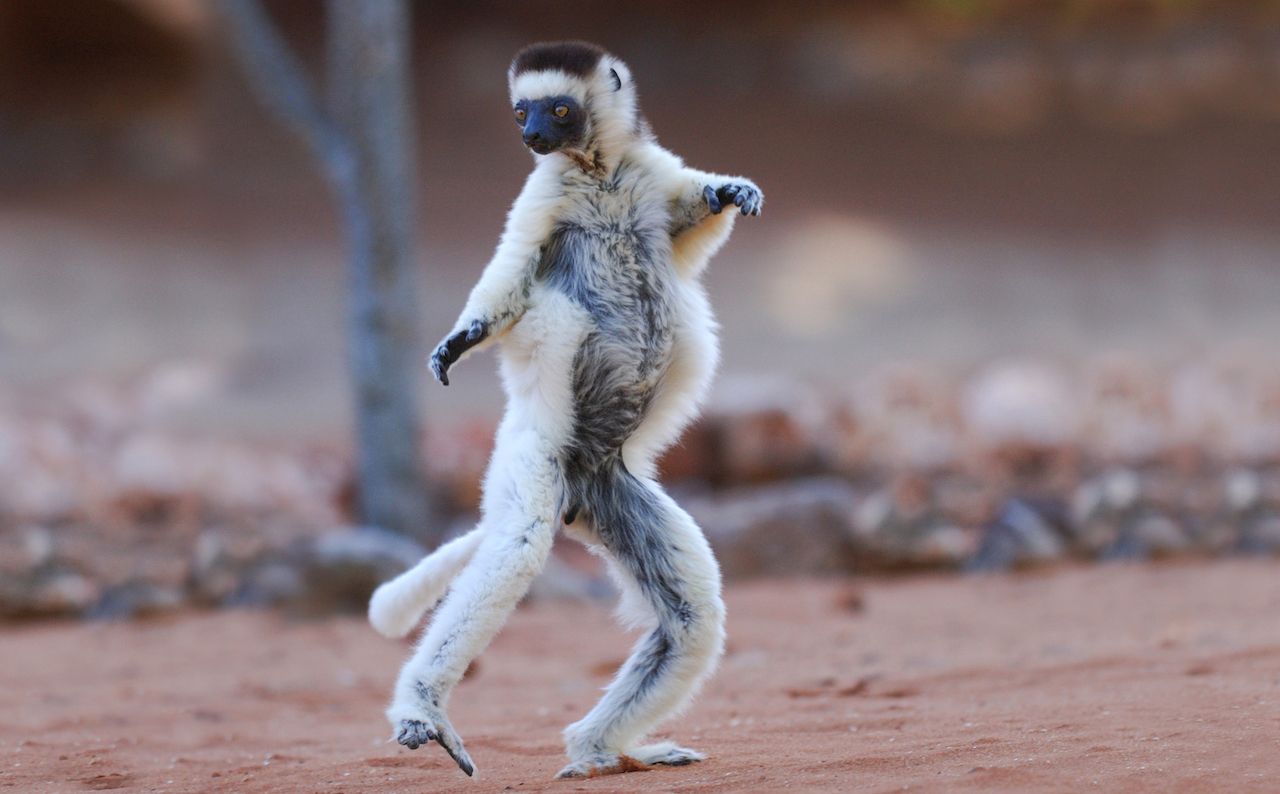 Madagascar is home to the world’s only lemurs, and it’s amazing to see the diversity of the many subspecies. One of the most notable is the Verreaux’s sifaka because of how it moves across the ground — it hops sideways! This locomotion appears playful, and to a human it would be, but for an animal evolved to live life in the trees, it’s the only means of terrestrial movement. Still, it’s endearing to watch, and fun to mimic. Head to Madagascar’s southwestern region for your best shot at spotting these funny creatures, and dare we say, move-it move-it.

Insider GuidesThe 7 Best Places To See a Polar Bear in the Wild
Tagged
Insider Guides Wildlife Madagascar
What did you think of this story?
Meh
Good
Awesome

What's Going on in... Madagascar?

Three Stories From Under the Radar: Brazil, Madagascar, and a Few Ugly Eco-Disasters