One of the most majestic sights you could ever hope to see in nature is a big jungle cat. Bengal tigers, a subspecies of tiger found primarily in India (but also some other parts of Asia), are one of the most sought-after animals to spot in the wild, likely due to their striking black-and-orange striped coat and their sense of sleek, coiled power.

Unfortunately, animal lovers and ethical adventurers are not the only ones who have had an interest in this breed of tiger. Hunting the Bengal tiger was a favored pastime of India’s elite — and when the British introduced guns to the sport in the late 1800s, the species went from eight tiger subspecies to the five that exist now. With poaching and an accelerated loss of habitat due to human population growth, the Bengal tiger is now an endangered species. Today, according to the WWF, the total population of wild Bengal tigers has fallen from hundreds of thousands to around 2,500.

Fortunately, if seeing a wild Bengal tiger is at the top of your bucket list, there are ways to do it in an ethical manner that help support tiger populations rather than impose further stress upon them. Before you go, do your research to find out what environmental challenges the area faces, as well as how the tour in question helps to benefit the natural surroundings, the local population, and the tigers themselves. Here are seven epic places to see Bengal tigers in the wild. 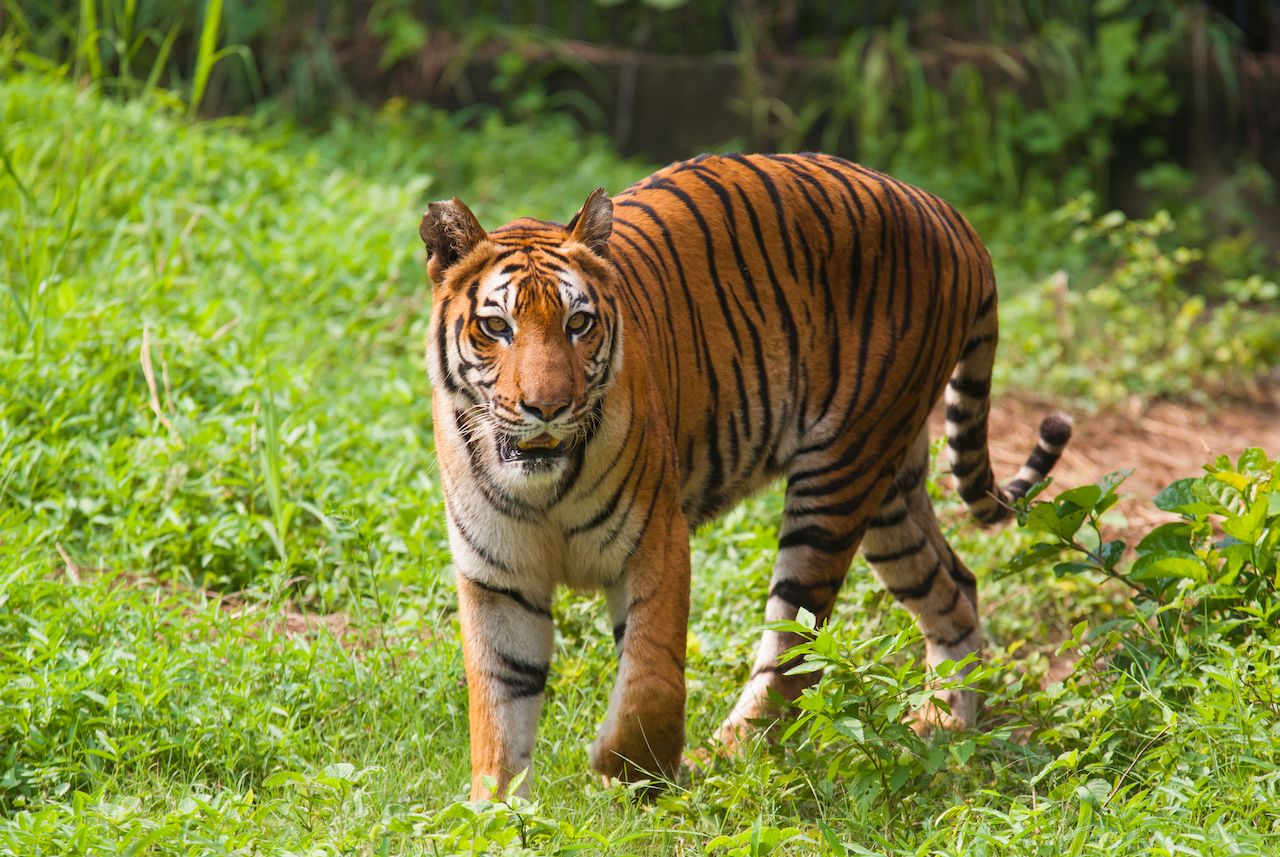 At the Sundarban Tiger Reserve at Sundarban National Park, one of the largest tiger populations in the world lives free to roam over 540 square miles of remote land. An estimated 350 tigers, as well as other endangered animals, reside in this massive mangrove forest — which is threatened itself — that straddles the border between India and Bangladesh. One of the unique draws of tiger-spotting at Sundarban National Park is the ability to take a river safari for the chance to spot swimming tigers.

As of a 2013 census, southern Nepal’s Chitwan National Park is home to 120 tigers, and Nepal is committed to doubling its tiger population to more than 250 tigers by 2022. The park recently celebrated consecutive years of zero poaching incidents. It takes about a half-day to travel from Kathmandu to Chitwan National Park, where you can take a Jeep safari tour or elephant tour at dusk in hopes of spotting tigers, leopards, sloth bears, one-horned rhinoceroses, and gharial crocodiles. 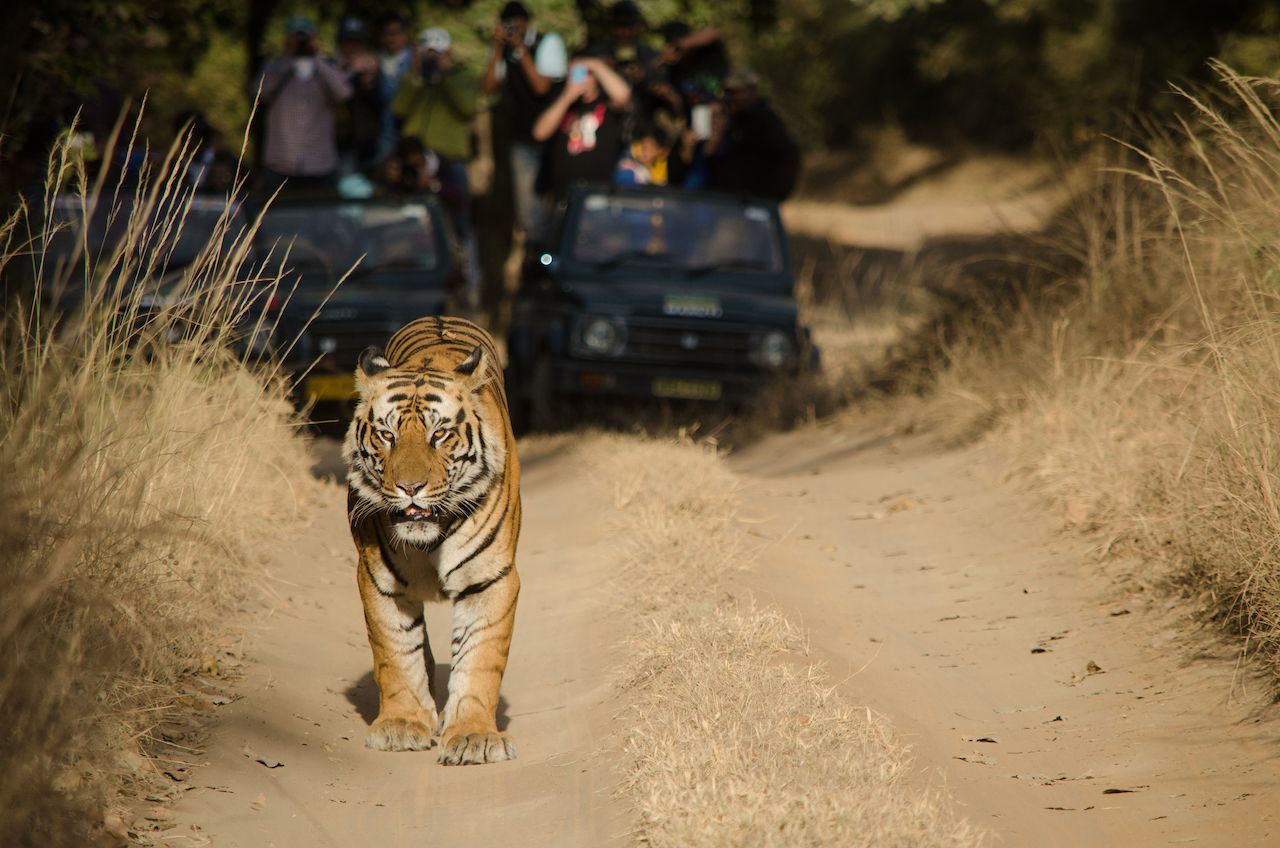 Central India’s Bandhavgarh National Park is one of the most popular places to seek out Bengal tigers, as sightings are relatively frequent due to a more dense population of tigers. Safari excursions run twice daily from a resort located inside the park, and the 50 tigers that call Bandhavgarh National Park home roam along with leopards and other large jungle cats, including the rare white tiger.

Ranthambore National Park was once home to the hunting grounds of the maharajas of Jaipur, but in 1973, it was one of the original parks involved in the Project Tiger conservation program, and today supports tiger conservation efforts. The low undergrowth of this woodland park makes it easier to spot wildlife. Plus, visitors can see temples and Mughal ruins while on their guided safaris. 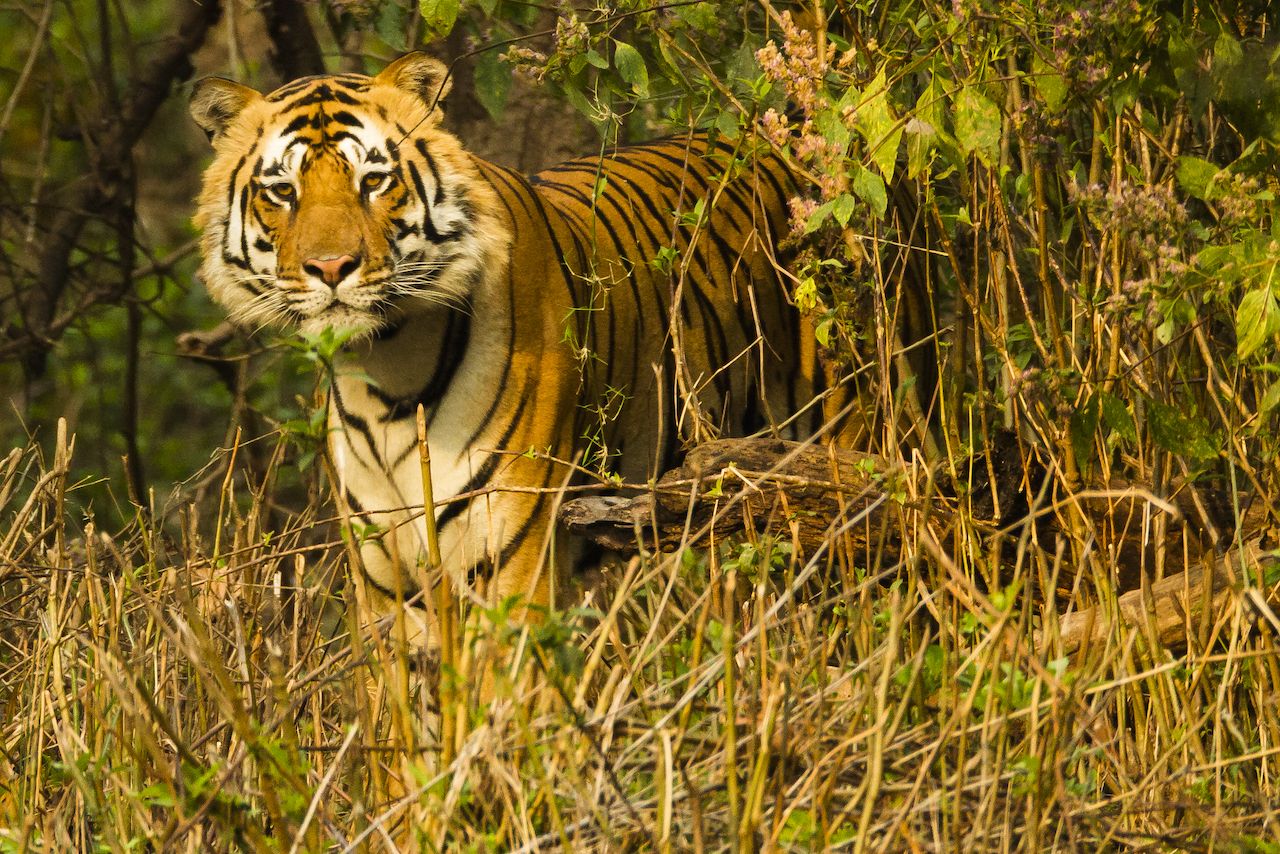 Kanha National Park offers vast grasslands and forests for tigers and other exotic animals to roam, including sloth bears, leopards, striped hyenas, jackals, and monkeys. Home to around 45 Bengal tigers, sightings are less common here than in other parts of India, but the park is said to have inspired Rudyard Kipling’s Jungle Book, so you’re sure to enjoy the experience no matter how many tigers you do (or don’t) spot. It’s recommended that you spend at least a few days here to increase your chances.

Tiger safaris and tours are new to Bhutan, and the chances of seeing a tiger are still quite low, but the forests of Jigme Singye Wangchuck National Park are home to untouched wildlife — think golden langurs, musk deer, clouded leopards, red pandas, and a variety of birds — as well as the elusive Bengal tiger, so there is a chance to spot tigers in this off-the-beaten-path location. 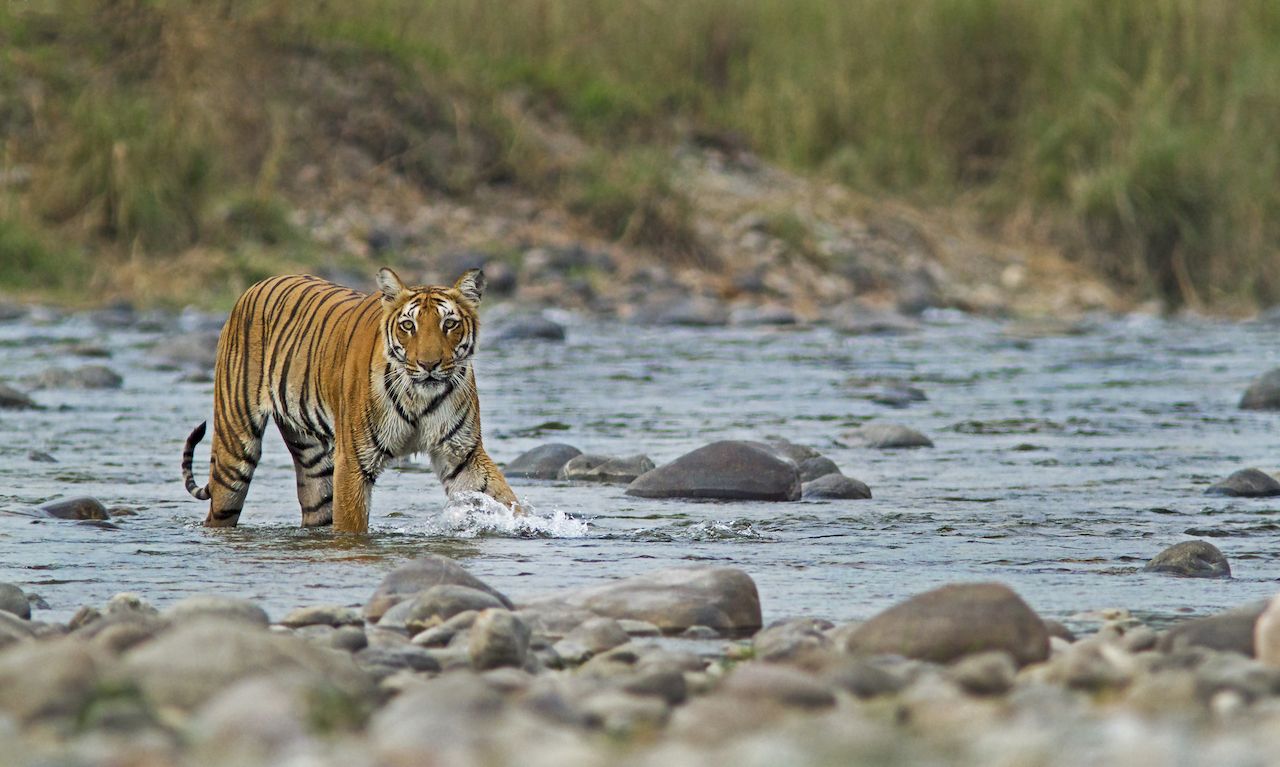 Located in the foothills of the Himalayas, Corbett Tiger Reserve is India’s oldest national park and is home to 215 Bengal tigers as well as leopards, elephants, and 650 species of birds. Thick foliage makes tigers harder to spot here, and parts of the region are closed off to visitors — dedicated entirely to conservation instead — but the park remains a major destination for ecotourism due to its abundant flora and fauna.

Lastly, don’t discount zoos as an epic place to see Bengal tigers (albeit not in the wild). Some zoos have excellent conservation programs in place to help protect and preserve the natural habitats of tigers in the wild. If you can’t squeeze an ethical tiger trek into your next trip, do your research and find out if there are any tiger programs at zoos near you.

WildlifeThe World’s 7 Big Cats and Where To See Them in the Wild
Tagged
Trip Planning Wildlife
What did you think of this story?
Meh
Good
Awesome