Everyone should see Paris at least once in their life, but as French tourism goes, it’s only the beginning. One of the cardinal sins of travel is limiting your itinerary to capital cities alone, and there’s no better place to venture out into the countryside than France, home to villages so quaint they look like they were ripped straight out of a fairytale. From medieval towns to artisan communities, these adorable French villages will have you itching to travel to France — without feeling the need to stop in Paris. 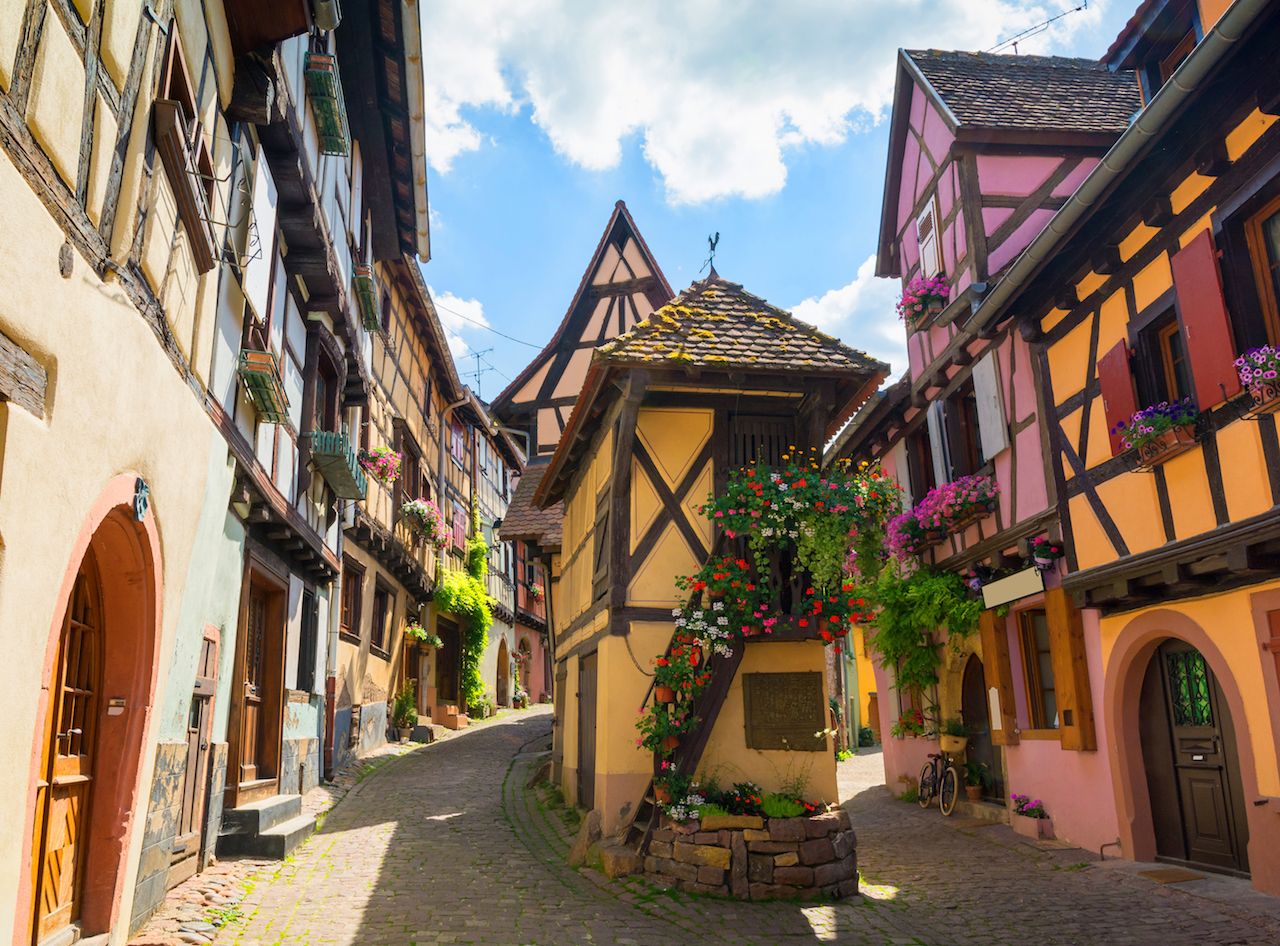 Eguisheim, a stop on the Alsatian wine route, is the perfect choice for anyone with a weakness for Riesling or a soft spot for enchanting scenery. The village itself has all the storybook charms you’d expect of a small French town: narrow streets lined with half-timbered houses grown over by vines; a few shops and restaurants offering meats, cheeses, and other local goods; and a thousand-year-old history represented in its many historic sites. Of course, we’re not the first to dub this village one of France’s finest: In 2013, it was voted the Favorite French Village by the French themselves, so you know it’s pretty spectacular. 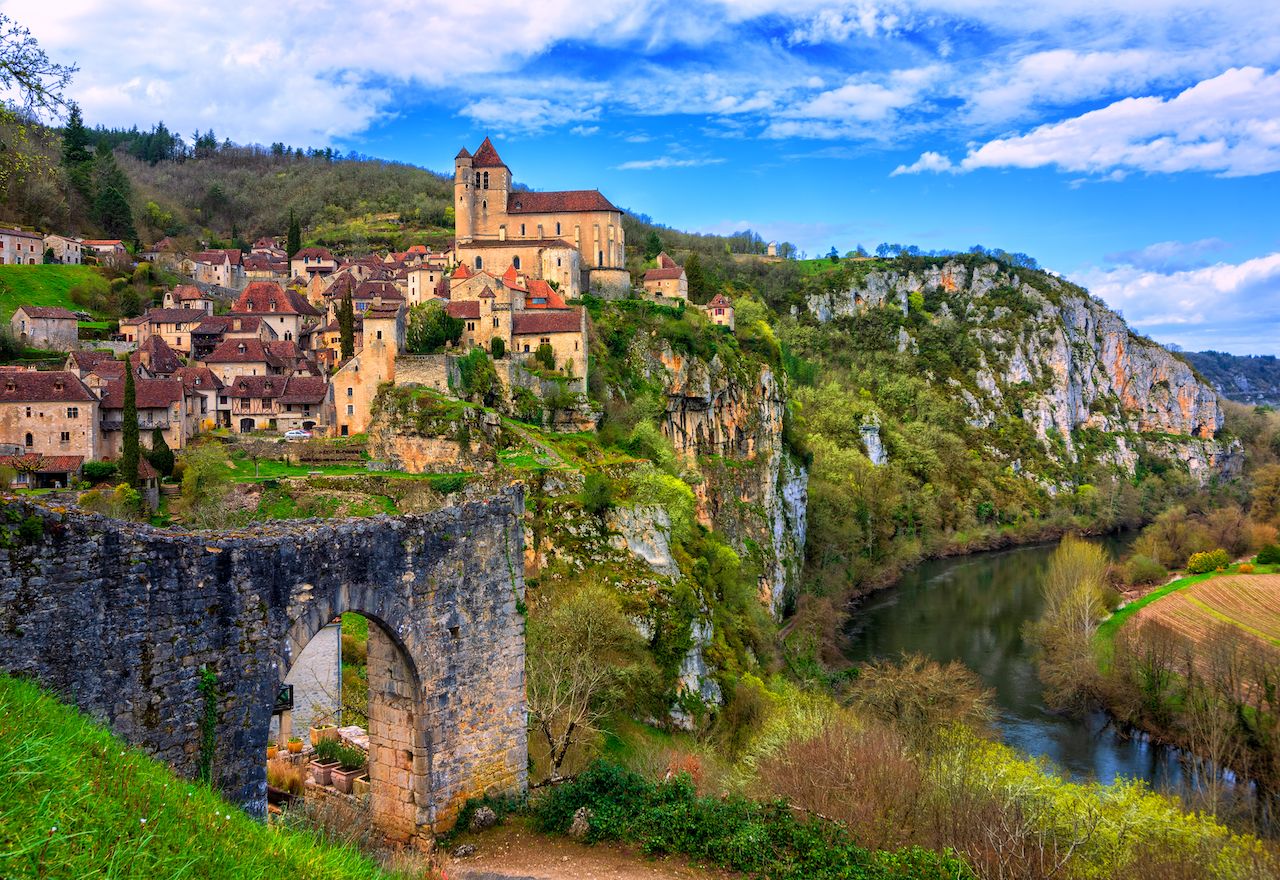 A member of Les Plus Beaux Villages de France, an association dedicated to recognizing the most beautiful villages in the country, Saint-cirq Lapopie has a dramatic cliffside location overlooking the Lot river and a rich history tracing back to the Middle Ages. If you like to walk long distances, you can visit Saint-cirq Lapopie as part of the Santiago de Compostela pilgrimage route that passes through France. Just be sure to spend at least enough time in town to take in the views from the castle. 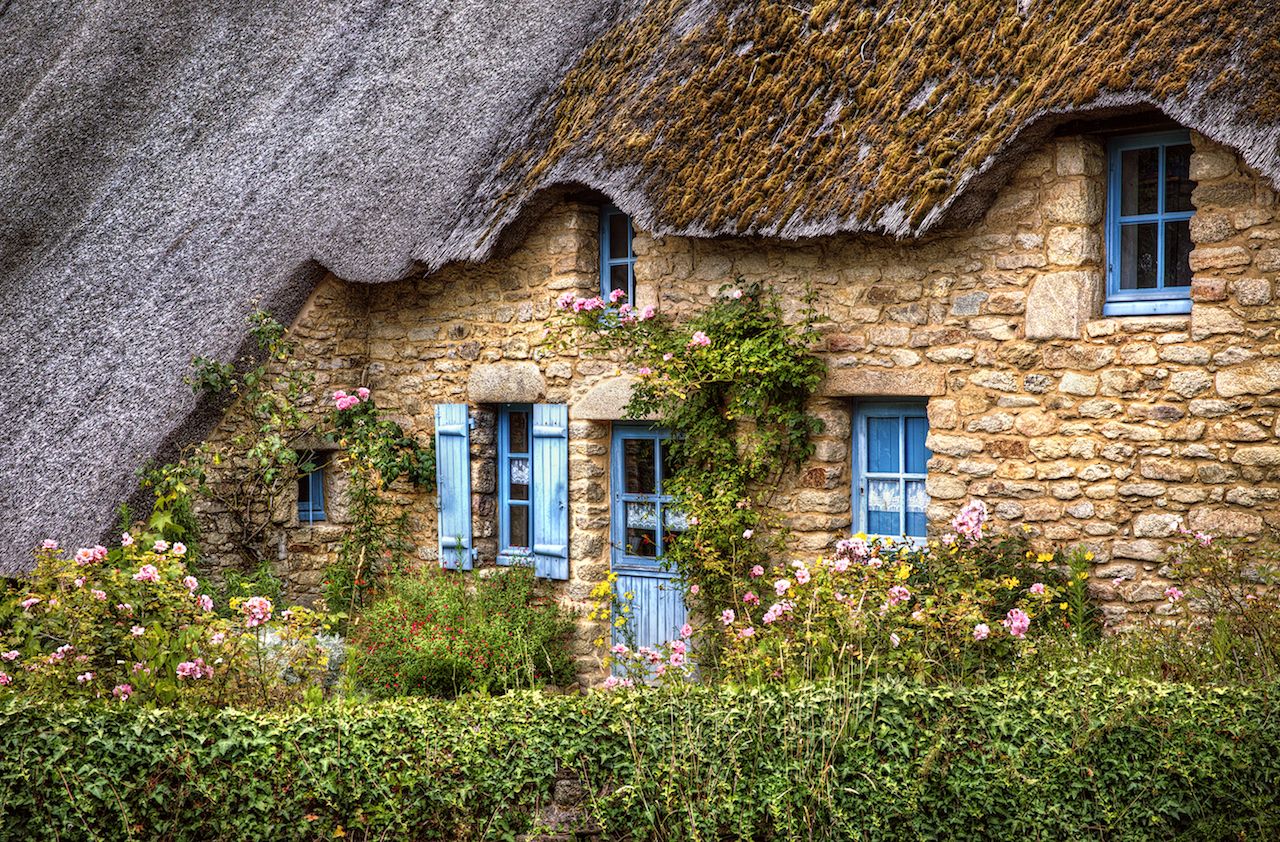 There’s nothing more endearing than a thatched-roof cottage except an entire village comprised of thatched-roofed cottages with a strict no-cars-allowed policy. That’s exactly what you’ll find in Kerhinet, an adorable village and open-air museum in the Loire Valley. Restored by the Brière Regional Nature Park, this tiny town hosts a total of 18 stone cottages, including the Chaumiere des Saveurs et Artisanat (Flavor and Craft House), which is run by local craftsmen selling everything from artwork and jewelry to locally harvested salt, cider, and other artisan goods. If you visit during the summer, don’t miss out on sampling the regional cuisine at the weekly Thursday market. 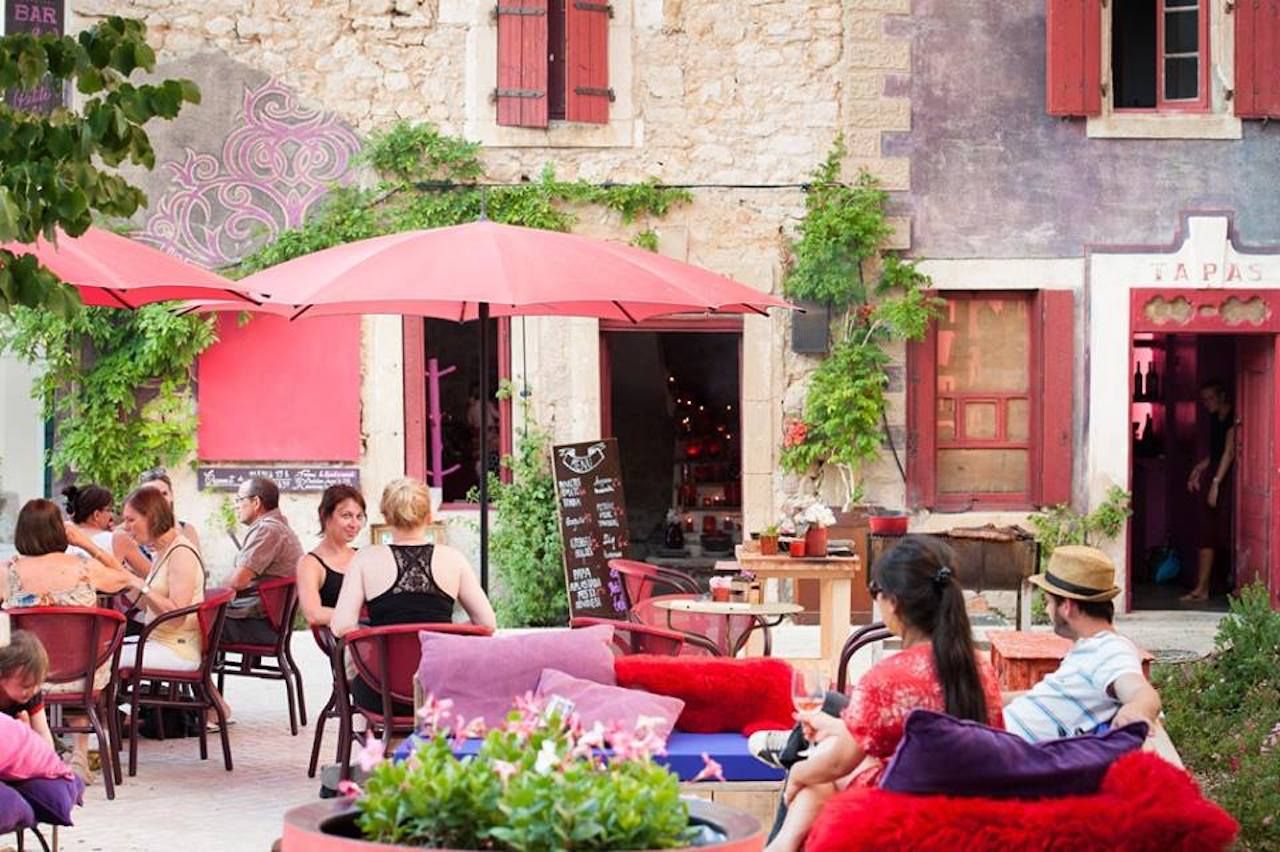 If there’s anywhere in France that gets as much press as Paris, it has to be the south. Sure, ritzy cities like Cannes and Saint-Tropez get most of the attention, but the entire southern coast is awash in natural beauty, historical value, and food and wine scenes well worth checking out. Assignan is no exception, especially since Village Castigno set up and turned the village into a colorful retreat for gourmands and wine lovers. Nearby, you’ll find vineyards spread across the countryside connected by dirt roads you can meander down via scooter or bicycle while taking in eyefuls of greenery. Wine tasting is an obvious draw to the area, but you’ll also find traditional bistros and farm-to-table restaurants in town where you can pair delectable recipes with some of the finest vintages in all of France. 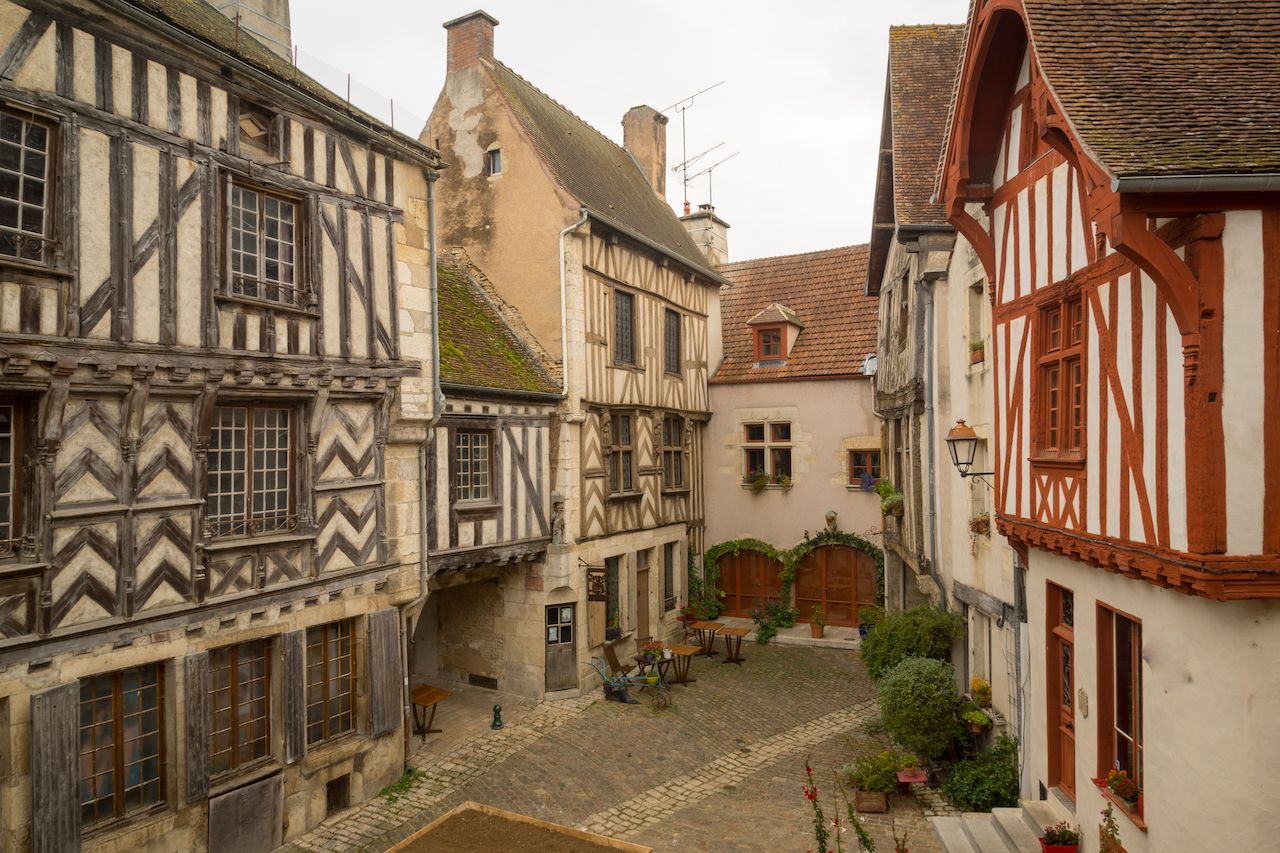 Noyers sur Serein is a cluster of medieval architecture, half-timbered houses, and cobblestone streets. The village hosts renowned truffle fairs every November, during which the locally sourced delicacies draw buyers from all over the country. Situated on the River Serein not far from white-wine-hub Chablis, the village’s city center dates back to the 15th century and has hardly been updated since, so wandering around feels a little bit like traveling back to a simpler time. There are more than 50 historic sites in town, and you’ll also find notable landmarks like the Abbey of Fontenay just outside the village. 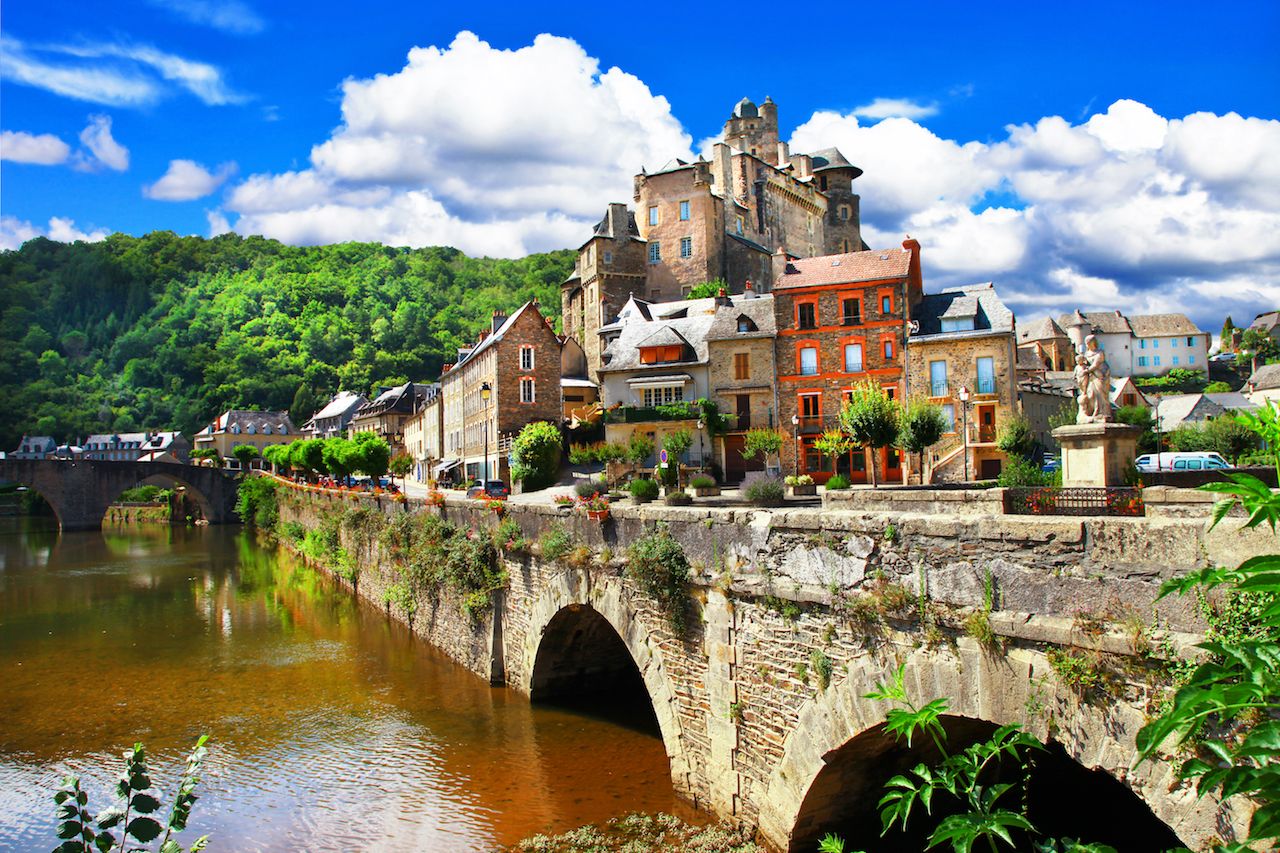 If postcard-worthy villages tucked away at the base of Gothic fortresses amidst rolling hills aren’t your thing, stay far, far away from Estaing. And if the idea of filling your days with castle views, bridge walks, and riverside picnics sounds dull to you, avoid this village at all costs. The iconic stone bridge with its wrought-iron detailing was designated a UNESCO World Heritage Site in 1998 for its historic value as part of the Santiago de Compostela route. Other notable sites in Estaing include the 15th-century castle overlooking the village, the Renaissance-style houses peppering the city center, and the Church of Saint-Fleuret, which features intricate stonework, stained-glass, and houses a handful of impressive artwork. 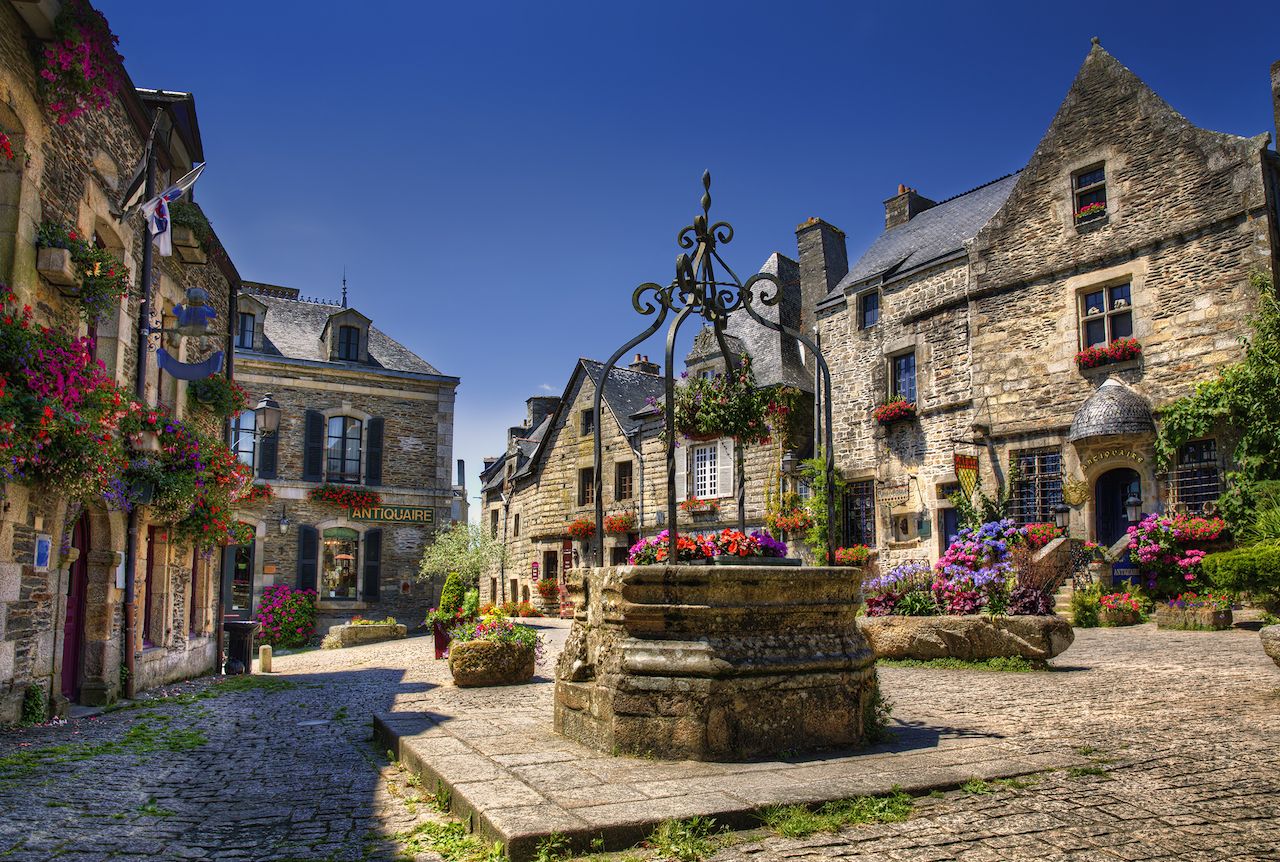 This village in northwestern France is one of the most popular spots in Brittany, which comes as little surprise given how pretty it is. Granite houses dressed in geraniums and other bright flowers can be found around every corner, so it often looks like the entire village is in bloom. Beyond touring the Château de Rochefort-en-Terre, you’ll also enjoy the cute central square, 16th-century Church of Notre-Dame-de-la-Tronchaye, and the Naia Museum, which is located on the castle grounds and hosts more than 200 pieces of mostly modern art.

Dessert7 Delicious Pastries Worth Traveling To France For
Tagged
Culture Insider Guides France
What did you think of this story?
Meh
Good
Awesome