Airbnb is hardly just about B&Bs anymore. Moving into the experiential travel realm, the amateur lodging behemoth has become as much about finding unique, local experiences when you travel as it is finding a place to sleep. Sure, stuff like hiking to hidden waterfalls and feeding baby manatees is fun, but nothing delves into its culture like experiencing its music. That’s why Airbnb has a whole category devoted to musical experiences, whether it’s becoming a K-pop star in Seoul, a DJ in Berlin, or a music “influencer” in LA. Here are a dozen music experiences you might want to book as part of your next vacation. 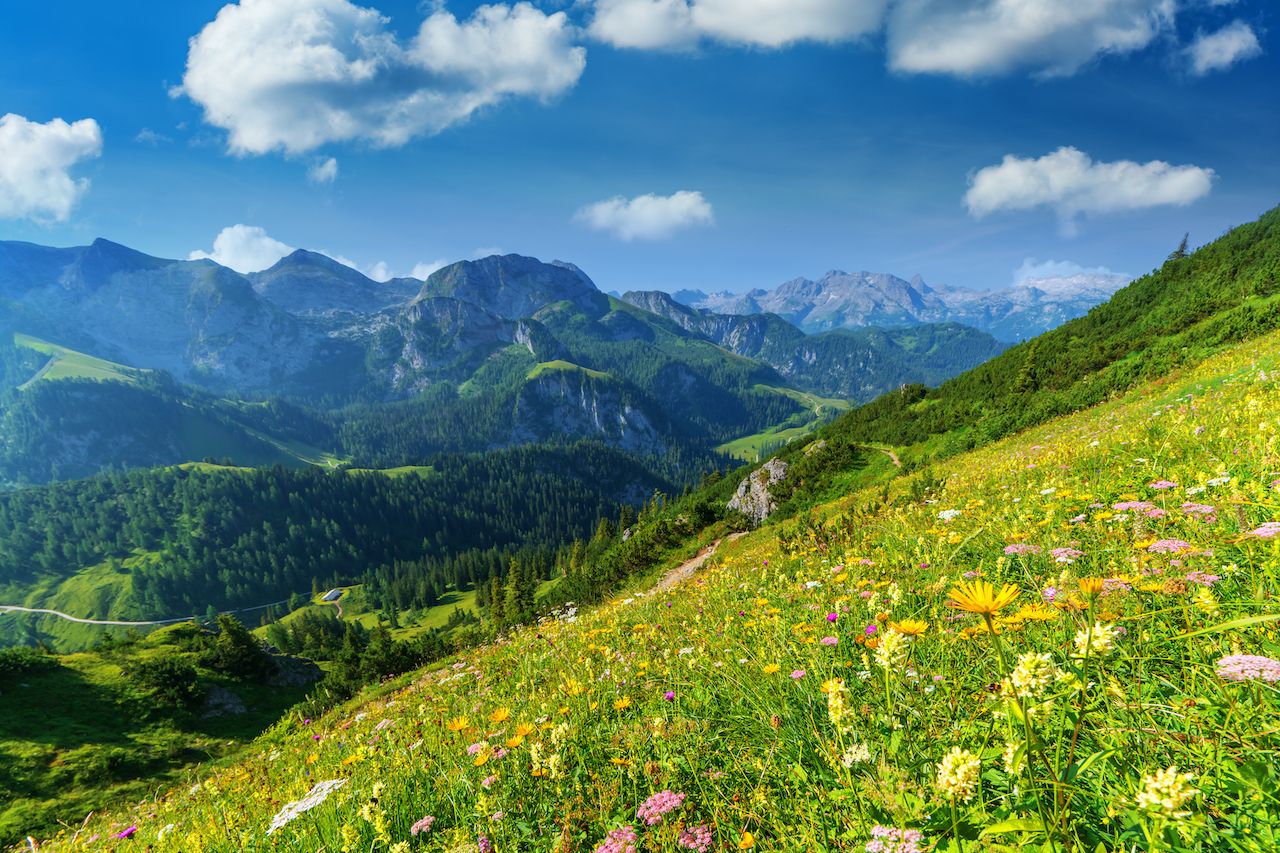 If you come back from Austria and didn’t learn to yodel, did you really even go to Austria? Such questions won’t be necessary after your day with Anita, who in addition to teaching you to yodel will also show you how yodeling helps improve your mental state and relaxation. Like falsetto yoga, the workshop starts with learning proper posture and breathing, then an introduction to what she describes as “a beatbox style of yodeling.” Then you’ll move on to learn the typical “Jucizer,” “Jodelruf,” and “Jodelgesang,” singing to the Alps with your newfound vocal skills, where you can have your very own Sound of Music twirling moment.

Berlin is renowned for its crazy, beat-pumping nightclubs. And while it’s certainly fun to club-hop, you’ll get even more immersed when you spend a day with Bruno Otranto, a DJ who’s played in clubs around the world. The afternoon will take place at the famous Berliner RockHaus, where you and your crew will learn the history of Berlin club culture from the fall of the wall to today. Then, you’ll get tips on how to mix tracks using both vinyl and digital, creating your own set to take home and insist on playing at your next house party. From there, the group moves to what Oscar describes as “one of the most infamous bars in Berlin,” where he’ll give you pointers on how to “blow up any dance floor.” Figuratively, we assume. 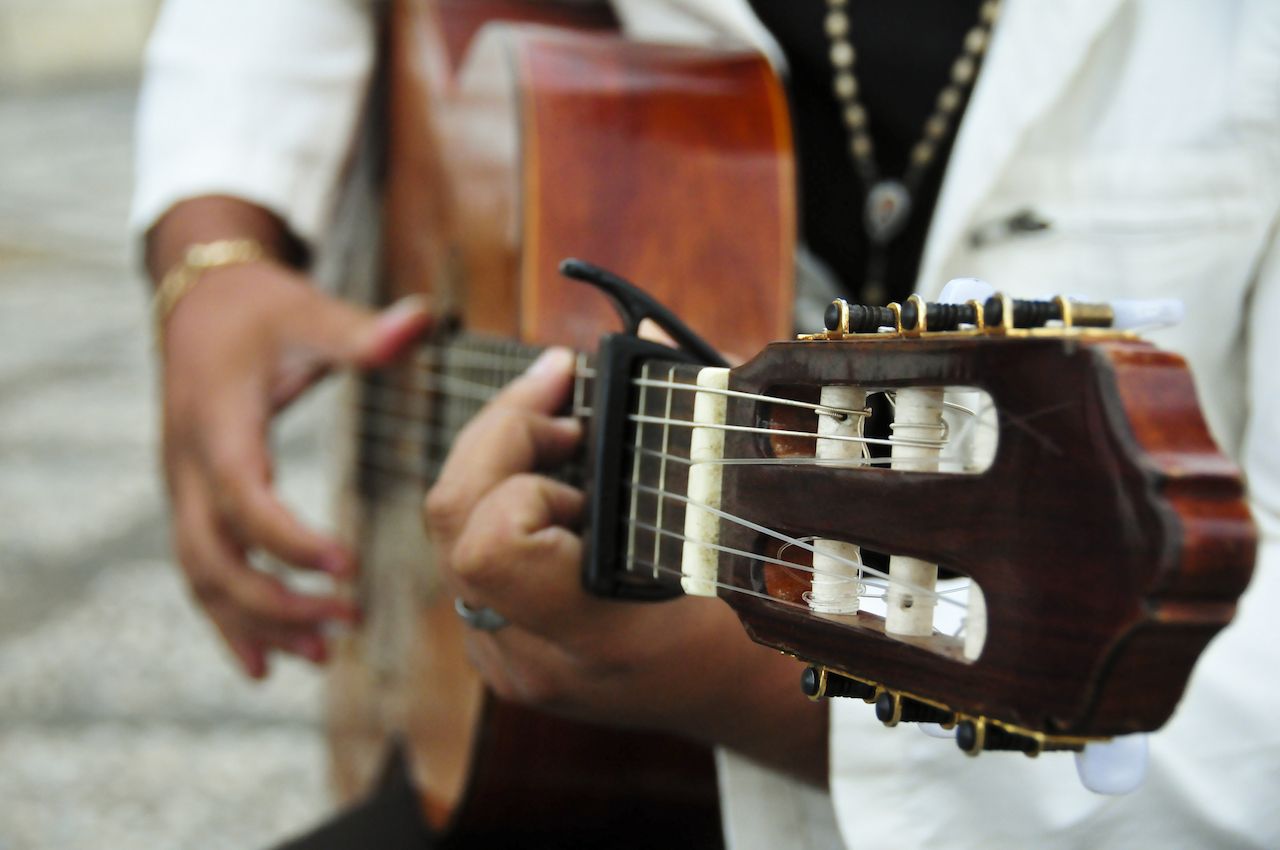 Ever dream of just saying “screw it,” quitting your job, and moving to Spain to pursue flamenco guitar? Well, that’s exactly what Leah did, and now she’ll teach everyone from beginners to experienced guitarists the finer points of playing flamenco. After learning the musical structures and rhythms that make the style so irresistible, you’ll make a short video of yourself playing to post on every social media channel possible. Then, over refreshments, you’ll learn the history of flamenco, as well as the best spots around town to hear it and, if you’re inspired, dance as well.

Though we’re not really sure what a “verified social media influencer” is, Leila Pari apparently is one and will bring you along on a day of creativity and music, taking a song from idea to inception. You’ll begin by learning how one goes about taking the words in their head and putting them to melodies. Then, working with Leila, you’ll craft a song, record it, and take it home with you to share. The experience seems to be very popular among younger teens and makes a great gift for the aspiring influencer in your life. 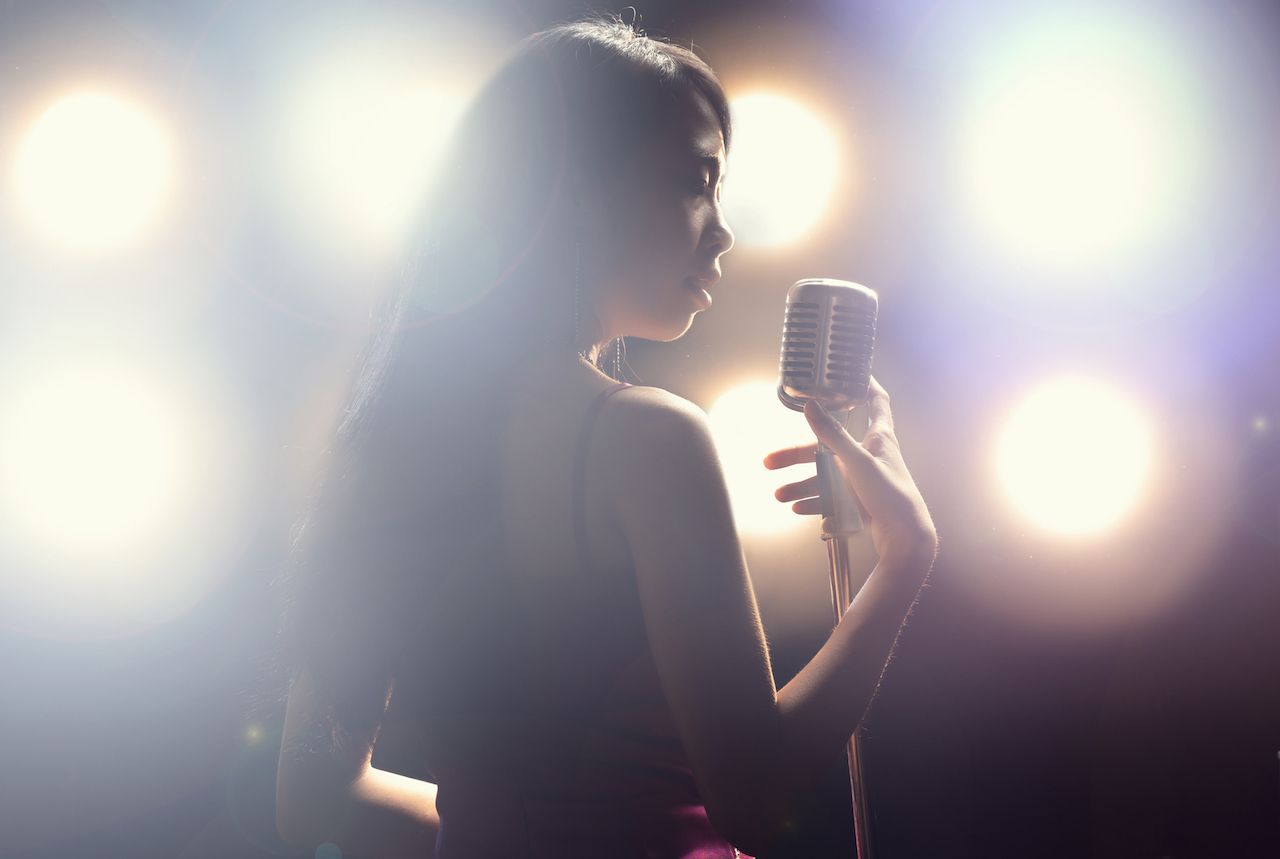 It doesn’t get much more Gangnam Style than making your very own K-pop video at King Studio, right in the heart of Seoul’s tony Gangnam neighborhood. Kingsman, who by trade is a K-pop recording and mixing engineer, guides you through the process of recording a song of your choice, teaching you the proper notes, beats, and pronunciation to create a hit record. Can’t sing your way out of a shower? Neither can a lot of pros! That’s what you’ve got three hours of tuning for! After cutting your demo, you’ll be given a 30-second music video of the experience, edited from your day of singing. Plus a CD to take home and play for everyone in your car, claiming it’s a “hot new track I heard on my trip to Seoul.”

Learn to play the saxophone in Hong Kong
Cost: $53

Naturally, the place one learns to play the saxophone is Hong Kong, right? That’s the theory behind this workshop with Stephen, a Berklee College of Music alum who’ll spend the day teaching you all about the sax. He begins with mouthpiece setup, proper fingering and hand position, and embouchure. Then moves on to teaching you classics like “In the Mood,” and “Careless Whisper,” as well as Hong Kong favorite “The Moon Represents My Heart.” Once you feel you’re good enough to stand in a public market with an instrument case, you’ll head over to the Hong Kong Ladies’ Market, and pose for pictures like a regular street musician. 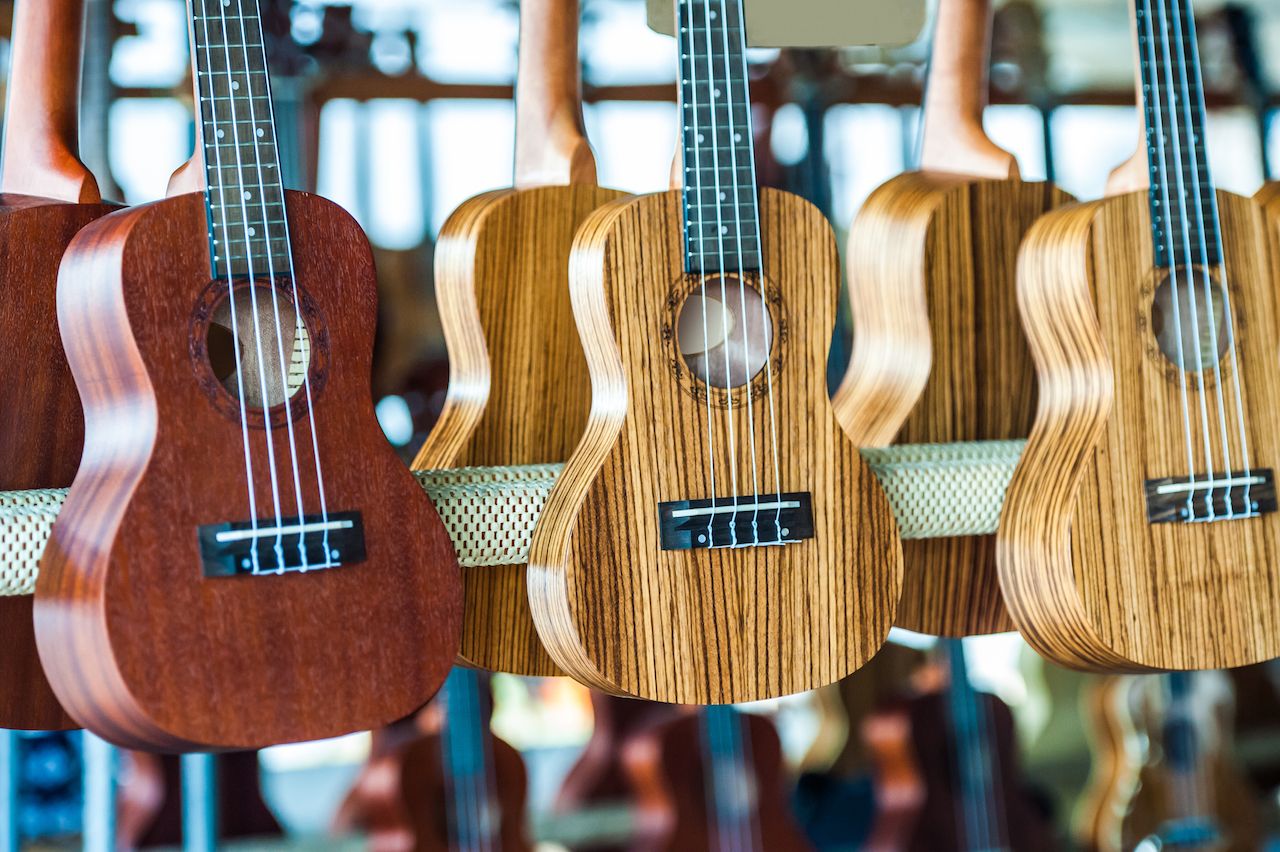 This experience is a lot more than learning “Somewhere Over the Rainbow” from an overtanned expat. You’ll actually tour a working ukulele production facility, witnessing the entire creation process from wood milling to stringing. After watching the craftsmen create the instruments, you’ll get a chance to try them out yourself, making this an ideal Hawaiian adventure for somebody who already knows how to play. After giving the ukes a try, you’ll be treated to a private concert from the company’s in-house musicians.

Your three-hour musical journey begins outside Jamie’s seaside shack in Cape Town where the instructor — whose full-time job is presenting musical experiences in schools — gives a “musical story performance” detailing the history of various South African instruments and the evolution of styles like jazz, blues, and township vibes. After that you’ll have a chance to build and decorate your very own ixilongo — an African wind instrument — then participate in a class-wide jam session. You’ll be joined by other professional musicians for an afternoon of learning about — and making — South African music together. 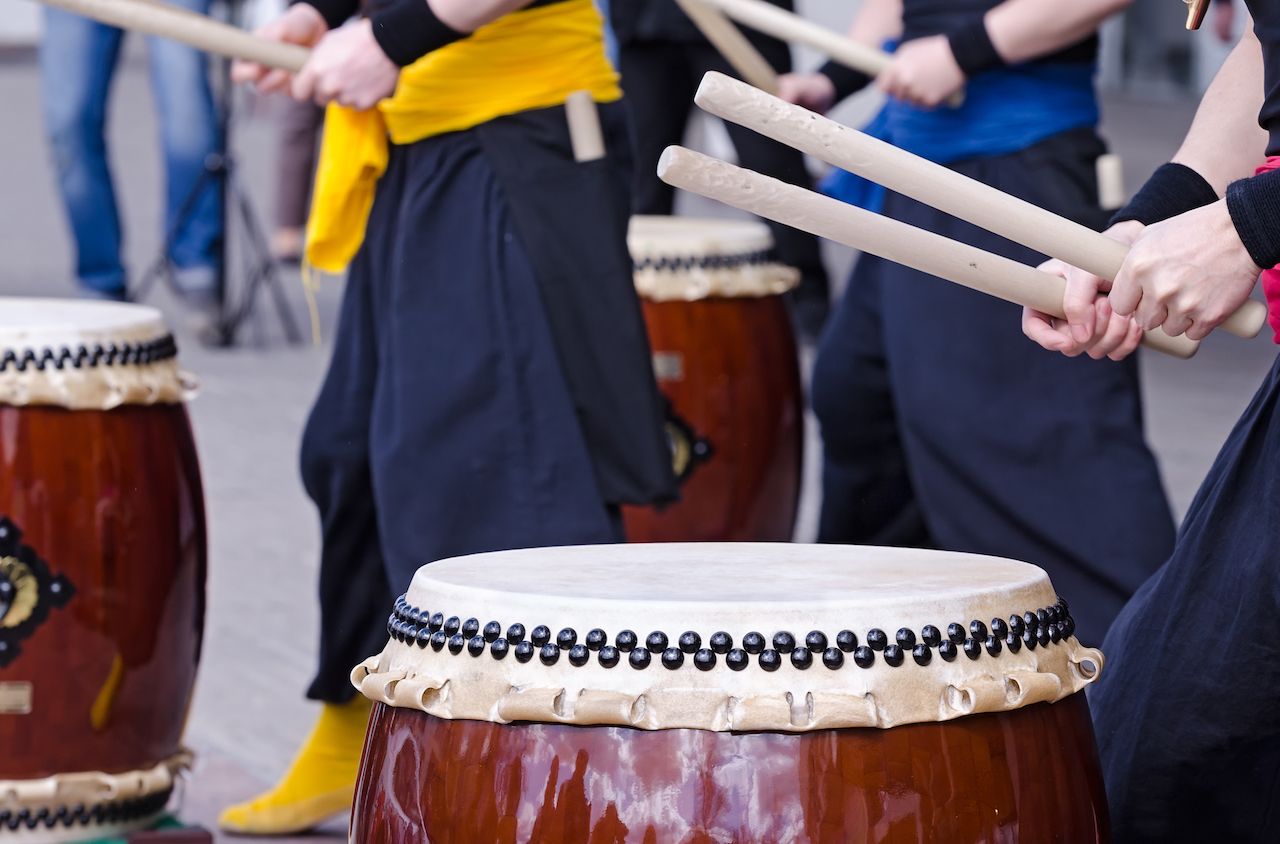 The taiko drum is the most iconic instrument in Japanese culture, and its significance in everything from dance to traditional ceremonies is overarching. In an afternoon with Mizuho — who has played taiko in over 40 countries — you’ll get a lesson in the drum’s history, as well as learn its importance to the Japanese people. You’ll do some simple stretches as a warmup for the full-body experience that is taiko, then learn proper positioning, technique, and some simple rhythms. Eventually, you graduate to more complicated and intense patterns and get to put on traditional Taiko costumes. Availability, according to the listening, is extremely rare.

Write a song on Music Row in Nashville
Cost: $125 per person, up to four guests

Ever wonder how a song you hear on the radio went from someone else’s brain to getting stuck in yours? Spend a day with professional songwriter Allan and you’ll get a peek into the creative process. The day starts with a perusal of Allan’s hook sheet, where you’ll search for an idea that’s, as he describes, “pure country gold.” From there, you’ll map out the song, developing a hook, verses, a bridge, and all the other elements of a hit. After the song is finished, you’ll have the option to contract with a producer to actually record it for another $300-$400. An expensive souvenir to be sure but also a helluva lot cooler than a “Team Bride Nashville ‘19” t-shirt. 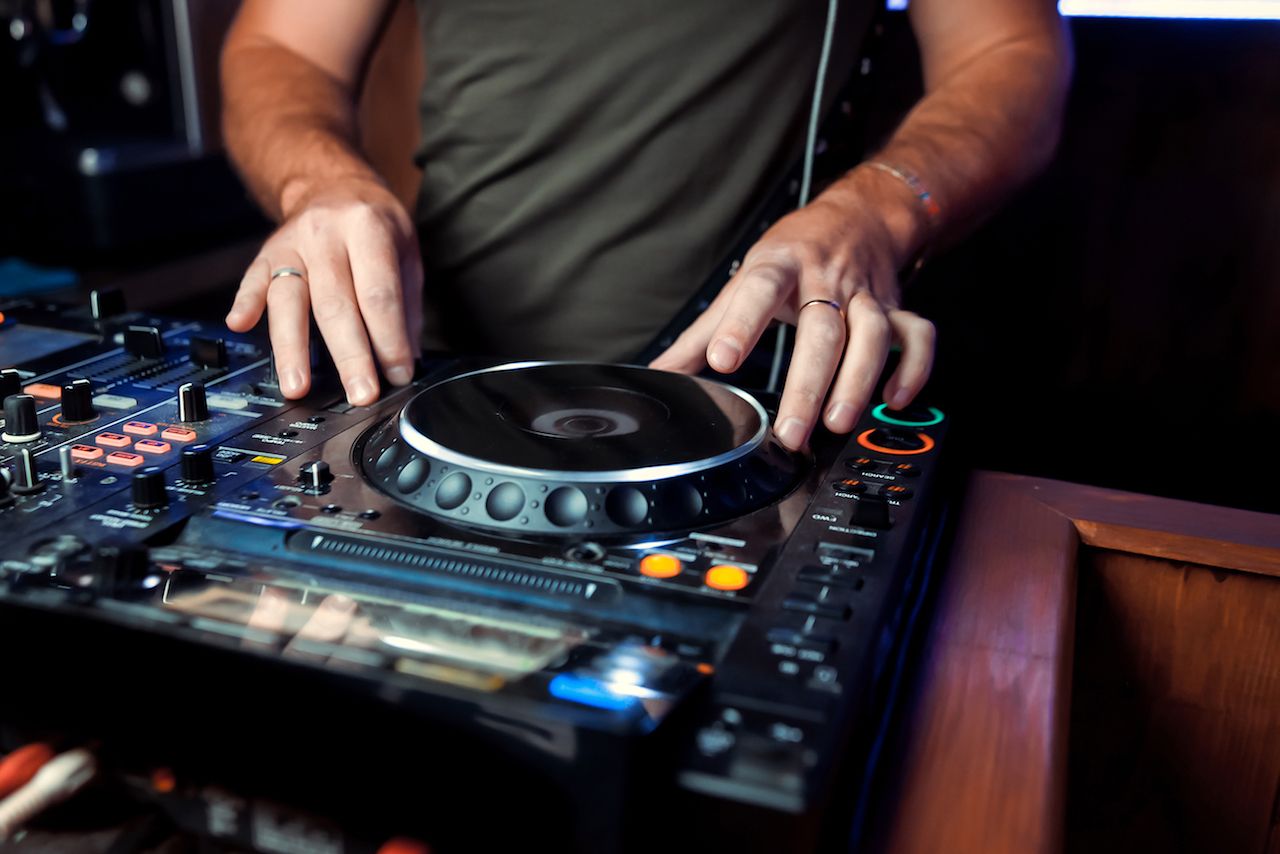 If you think all DJs do is stand in front of a room in a Jesus pose and tell everyone to “put your f***ing hands up,” well, you’re half right. The other half is a rather precise science of mixing songs into seamless transitions, which you’ll learn from Parisian DJ Pierre Olivier. You’ll also learn a little about how the role of a DJ has evolved over the last few decades, then get a chance to mix songs both in a digital DJ booth and with vinyl records. Pierre will educate you on how DJs prepare for a party, from crafting a set to reading the room, and will also give tips and insights on parties and Parisian nightlife.

What’s finger drumming, you ask? Siddhartha will show you more than artful ways of tapping your fingers on the table and annoying your entire afternoon sales meeting. The one-hour workshop will have you learning the finer points of Tabla and Khartal at Surya Records in Bushwick, as well as exploring Sarod, Tanpura, Sitar, Manjira, and other Indian instruments. Your instructor is also the inventor of Electrobones, which he describes as a fusion of hardwood and sensor technology that creates a wireless, pocket-sized drum set.