Record store day is this Saturday, April 13, and if you’re reading this, that means that you are likely among the last bastion of badass music fans that actually care about the quality of the sound in your ears. While most cram trebled-out Spotify tunes through Bluetooth headphones, you are curled up on the futon next to a turntable and a pair of speakers drowning in a full spectrum of highs and lows that may have not even been recorded on a digital mixing board. For you, intrepid listener, these are the nine best record stores still standing across the United States. 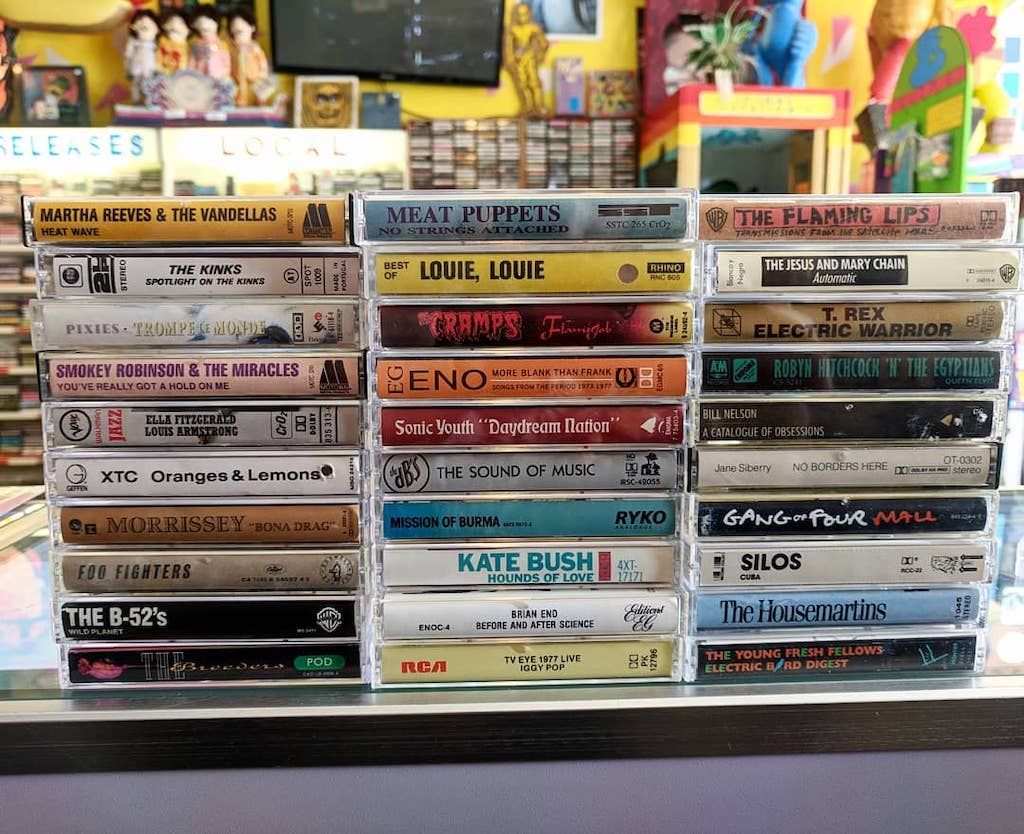 Chicago’s Bric-A-Brac Records is less than 10 years old. Before you scoff at its novice status, consider that the place is thriving as a record shop in this day and age. It has done this by bringing everything that the scene kids of the ’80s and ’90s were never quite able to grow out of — specialty colored vinyl, buttons, T-shirts proclaiming a love of pizza and hatred of the system — together under one roof. Bric-A-Brac is the kind of place that will convince you that buying that used Billy Idol cassette tape is a great idea, even though you haven’t had a cassette player since 1999. The nostalgia runs so deep here that the place actually hires out its staff to DJ private parties. This means that in Chicago, you can literally be the biggest hipster in town without even having to know the playlist by heart. 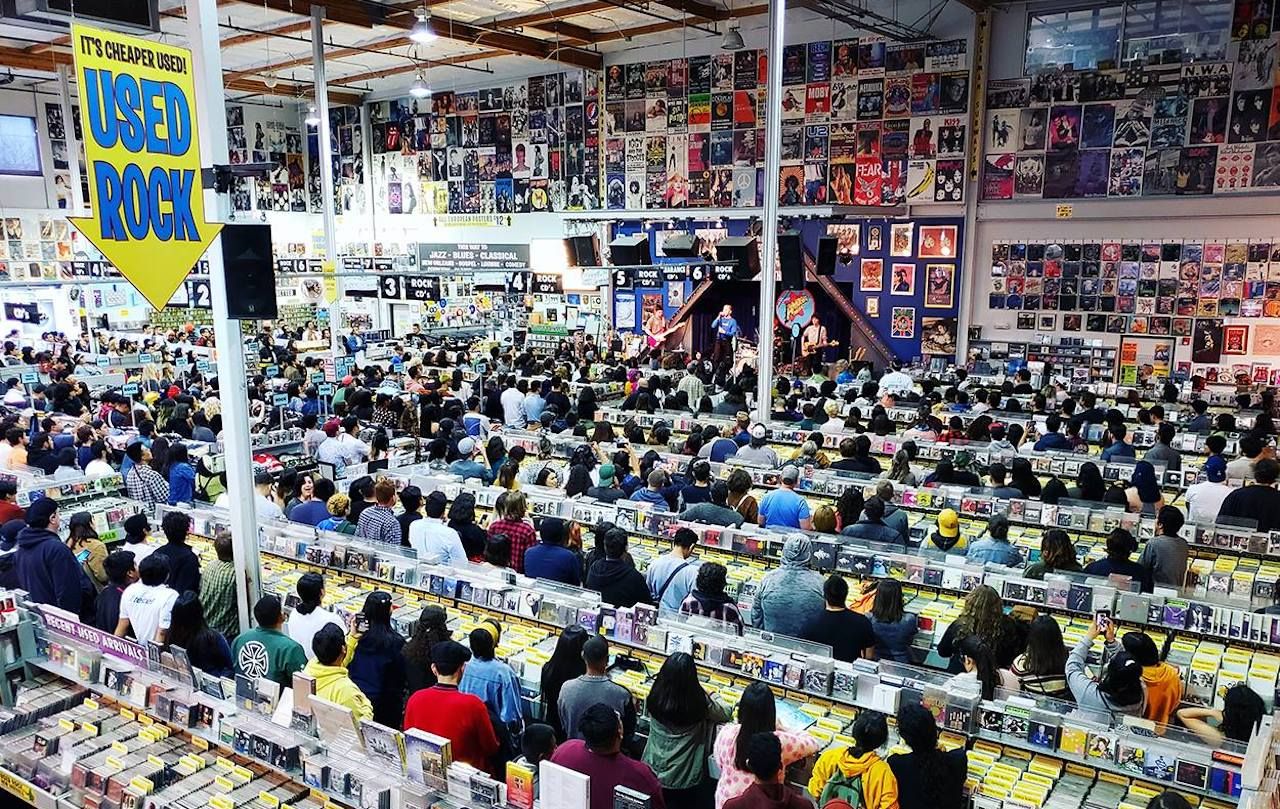 The argument over which coast produced better alt-rock bands is as subjective as the clash over whether vegan leather is actually punk or totally poser. Amoeba Music’s three California locations make a strong argument for the left coast loyalists. Here, you’re likely to uncover out-of-print releases from Fat or Epitaph Records next to a used DVD documenting the rise of Osaka’s hardcore scene, and can pick up a classic Steven King books-on-tape novel while you’re at it. Amoeba’s selection of records and media is staggeringly impressive and its used sections speak to how unable to move past the grunge movement the West Coast truly is. Shopping here is an experience on par with walking into a bazaar in a foreign country. It can be overwhelming, and the key to finding what you want is to remain vigilant on the mission at hand while also being willing to accept the fact that you’re inevitably going to make a few impulse purchases on the way. 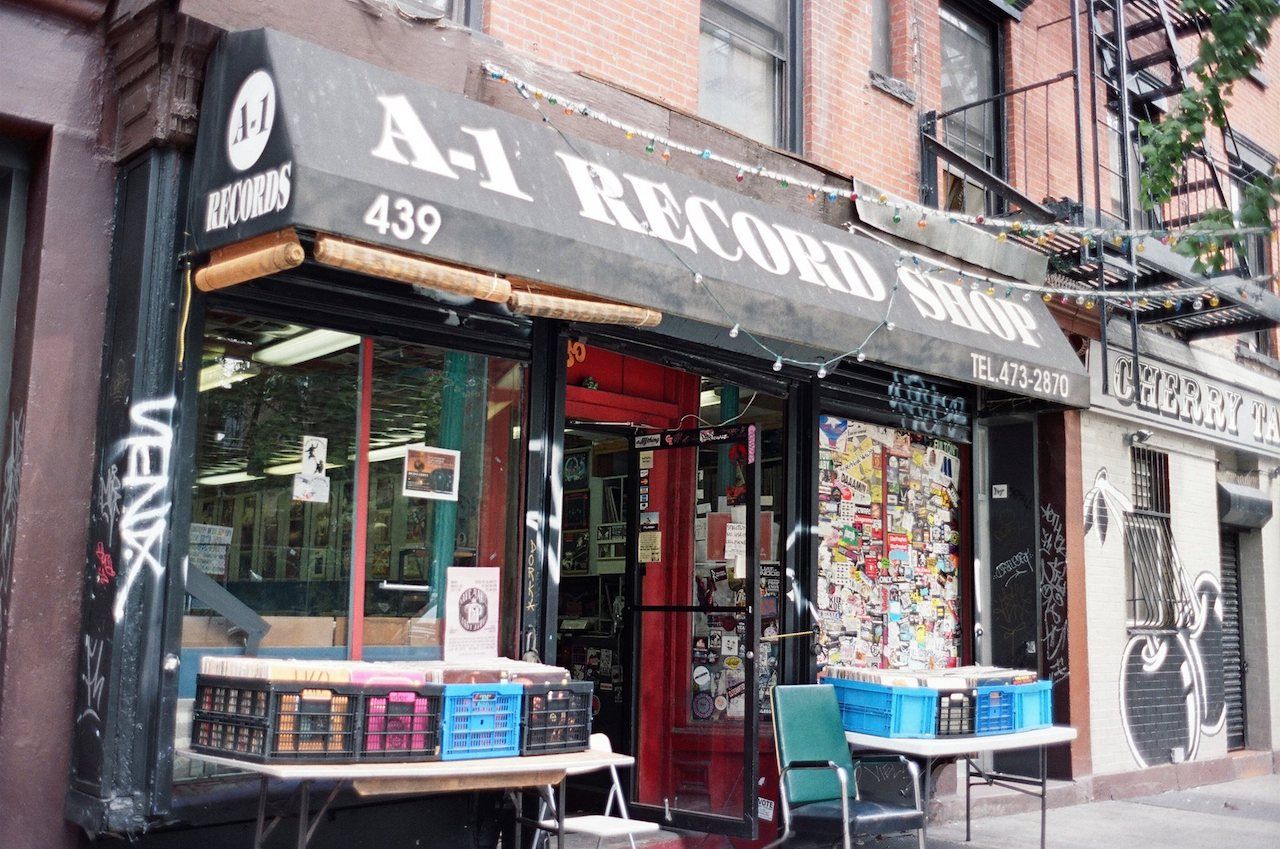 A-1 Records, on New York’s Lower East Side, doesn’t have a website because it doesn’t need one. Those privy to the musical deep dive the shop offers already know where it is and what the hours are, and besides, the staff would rather spend their time curating the best selection of hard-to-find releases from New York and beyond than write blog posts about them. Walking through the tight quarters of the shop is basically like walking through the history of modern dance music. Hip-hop and EDM share the spotlight with funk and disco, and the guy at the register is more than happy to help you find the perfect jazz record to spin after a house track at your next party. 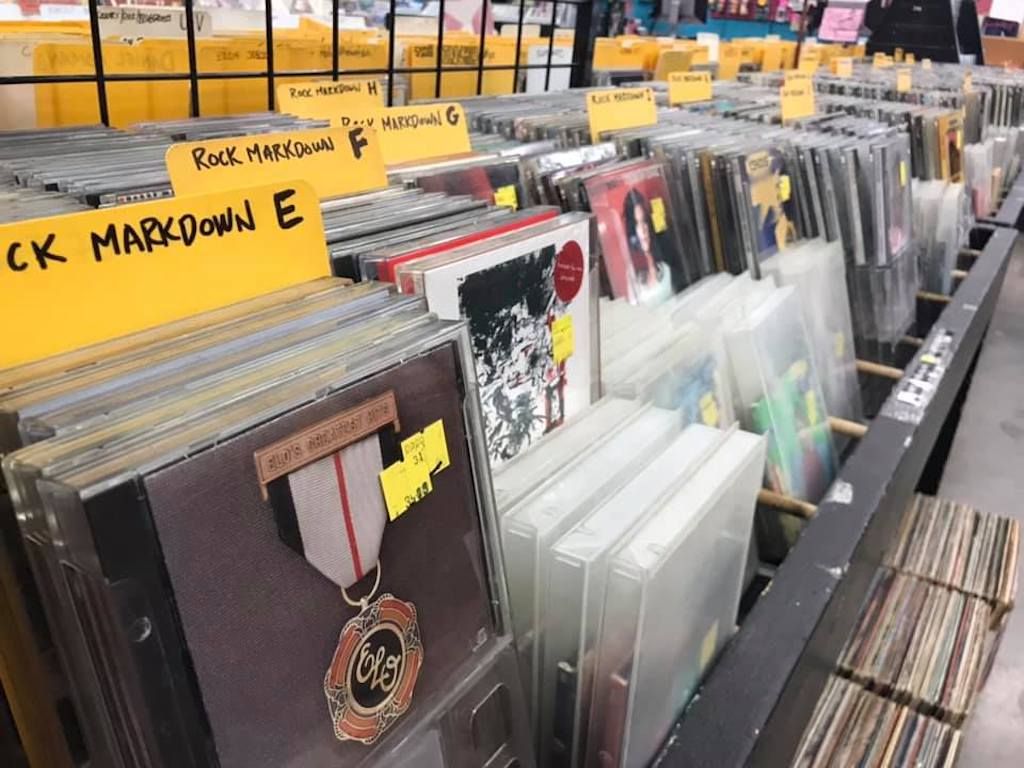 Vintage Vinyl sells it like it is. Hanging out here is like smoking weed with that kid who wore the same Led Zeppelin shirt every day to high school. The staff knows more about the history of vinyl, the engineers that produced your favorite albums, and the crazy nights that went into making them than any sane person ever should. Don’t plan on getting in and out quickly, because a trip to Vintage is as much an educational experience as it is a shopping spree. The storefront in the heart of St. Louis has been slinging classic records across nearly every genre recordable for the past 30 years and beyond the albums that changed your life, there’s not much to choose from or talk about inside the store. It goes all-in for Record Store Day with a full line-up of bands and DJs starting at 10:00 AM.

5. End of All Music — Oxford, Mississippi 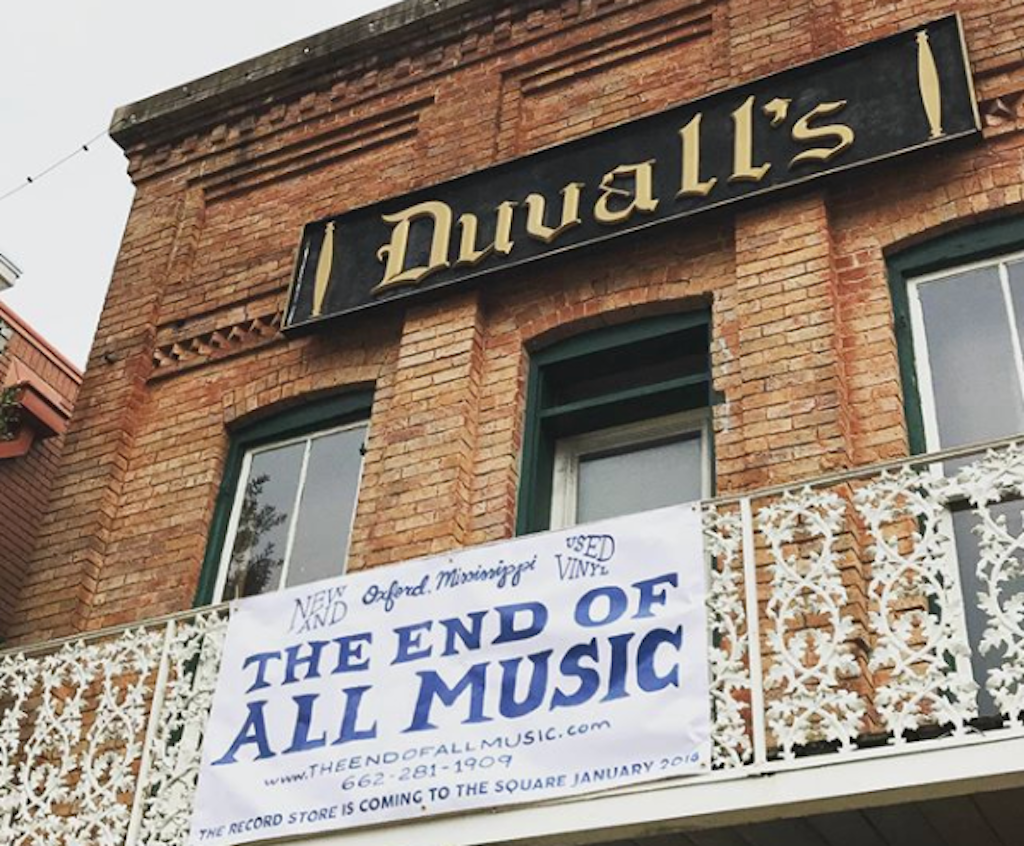 Photo: The End of All Music/Facebook 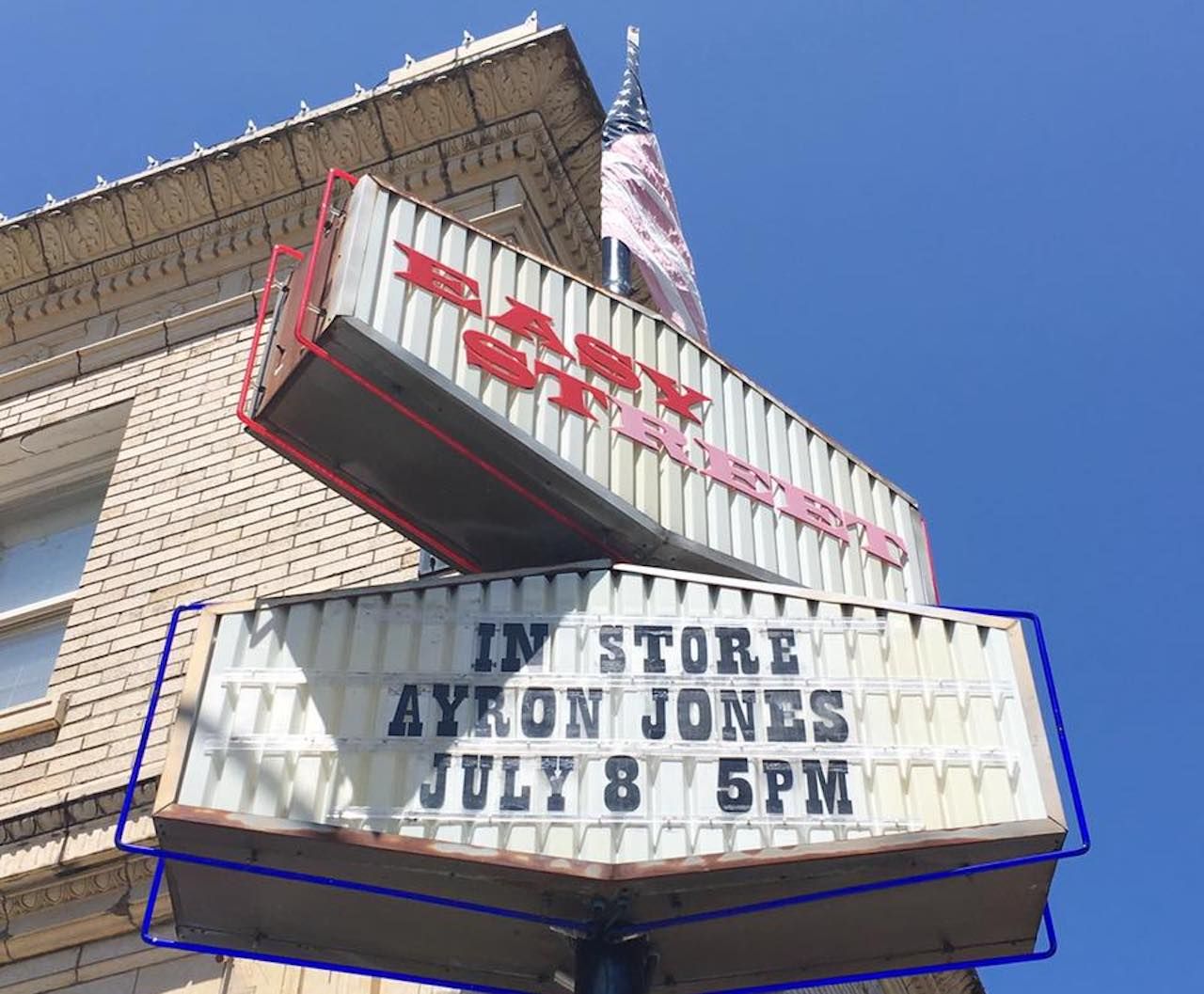 Seattle’s Easy Street Records is what you’ve always pictured a record store in Seattle to be. Type the name into Google and Pearl Jam pops up — the band actually played inside the store in 1995. Its record collection chronicles Seattle’s push to the musical forefront in the early 1990s and extends to everything that the grunge scene has touched since then, plus a number of the influences that helped push Nirvana and the city’s other major players into the spotlight. Since its opening in 1988, the shop has become so iconic in the city that it has since added a cafe and bar where you just might be sharing happy hour with a major player in the local music scene. 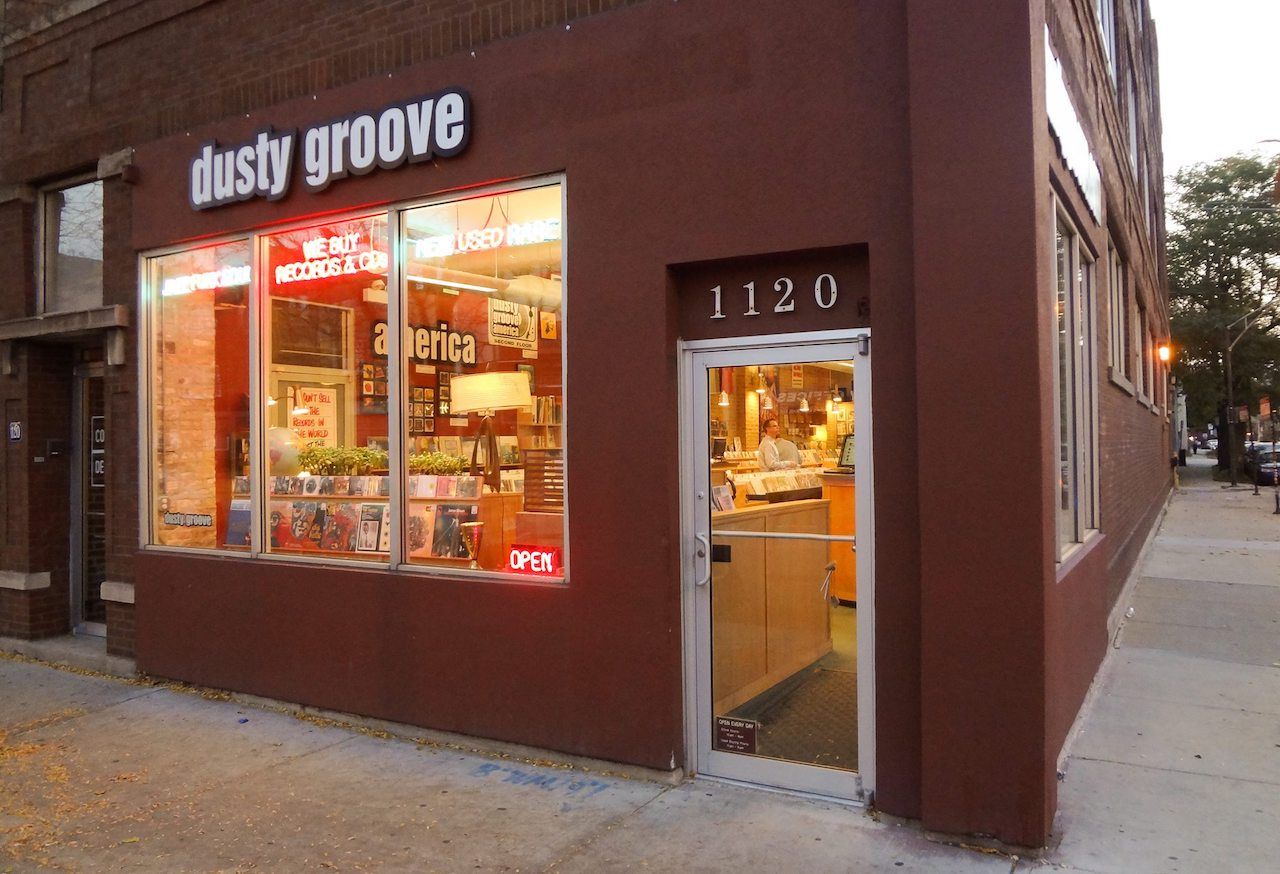 Dusty Groove is on this list partly because of its 20-year history in Chicago, but mostly because of how active the shop is in keeping both active and classic records in stock. Think back to the record store you grew up with, combine it with the multimedia chops of Sam Goody, and add in a heap of Chicago character and influence, and you have a general idea of what Dusty Groove brings to the table. No matter the genre of preference, it has something for you. 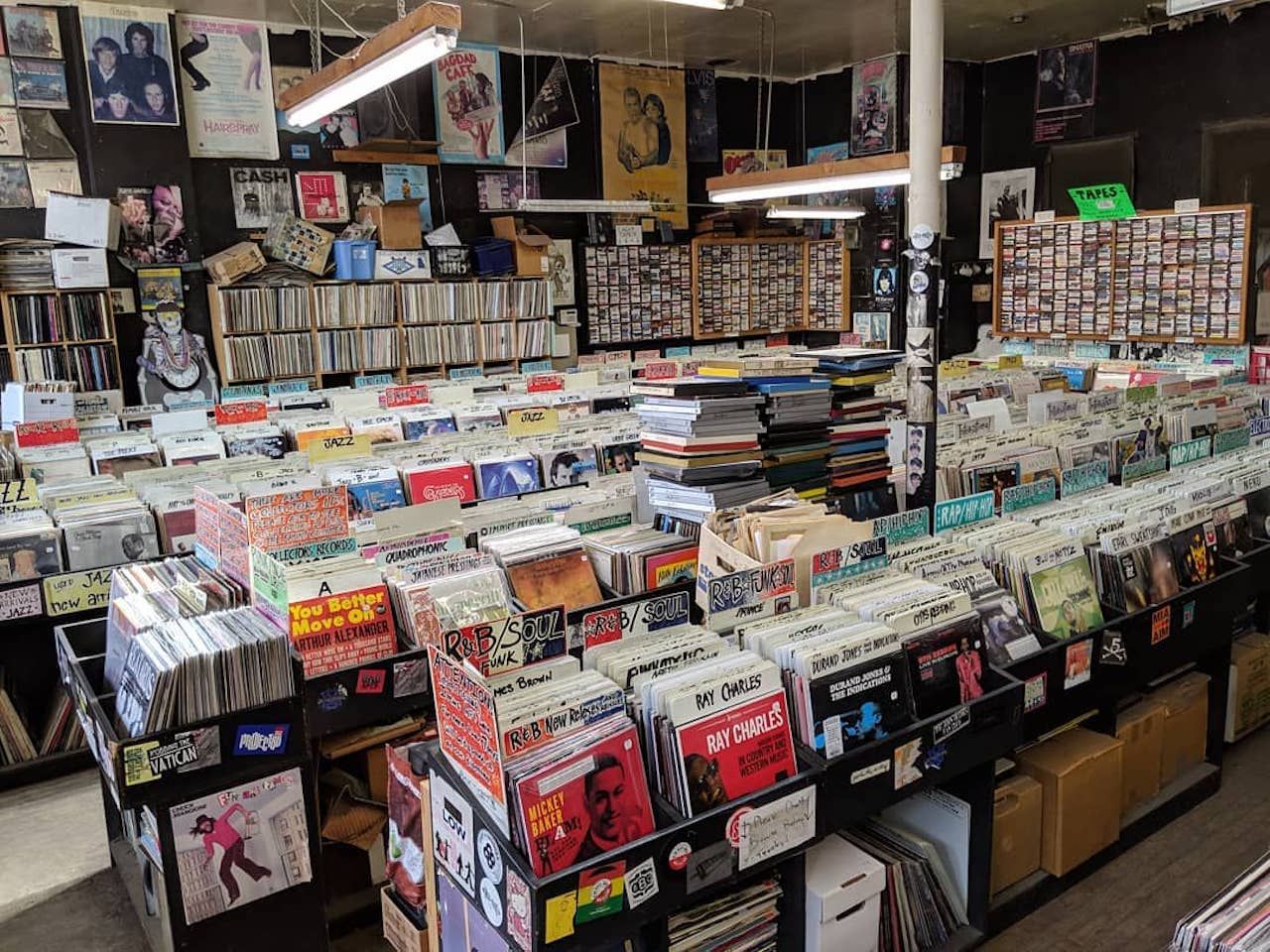 Some record stores become legendary for their deep collection, while others earn their status for a small, tightly curated selection. Wax Trax Records is somewhere in the middle, but what makes it special is that the store, which opened in Denver’s Capitol Hill neighborhood in 1978, has groomed generations of angsty teenagers into the well-honed music hounds they always wanted to be. Denver’s punk scene essentially grew up at Wax Trax, and the store still carries the banner albums of the genre and the ones that draw influence from it. The shop has also hosted more than a handful of rowdy performances over the years, which might speak to why it looks nearly the same — both inside and out — as it has since the Ramones were hot shit. 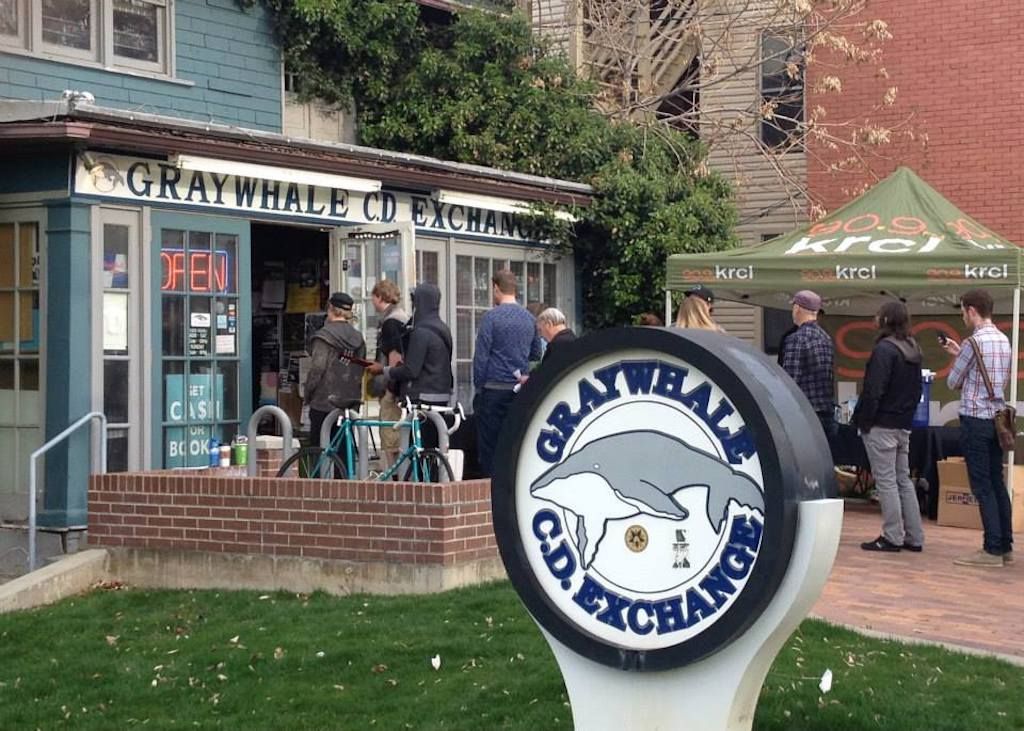 Gray Whale Records has been pushing vinyl on the rebel hordes of the Wasatch Front since the days when Steve-O and Bob roamed the streets of Salt Lake City. These days, its offerings include other forms of multimedia, but vinyl remains the heart of the operation at its three locations. The store is throwing down this Saturday, as it does each year for Record Store Day, so if you’re in the area and need to re-up your favorite well-worn LP, this is your chance to score a deal.

Music + NightlifeEvery Summer Music Festival Lineup That’s Been Announced so Far, and Who You Need To See
Tagged
Music + Nightlife United States
What did you think of this story?
Meh
Good
Awesome

The 11 Sexiest Live Shows Las Vegas Has To Offer
Every Roller Coaster at Cedar Point, Ranked
5 Must-Visit Music Venues Off Nashville’s Main Drag
The 8 Best Movies and Shows To Watch Before Going To Paris
The 7 Best Old-School Italian Restaurants in Atlantic City