Japan’s All Nippon Airlines (ANA) just secured itself a spot in the list of the world’s coolest airplane liveries. The airline’s brand new Airbus A380s just rolled out of the paint shop in Hamburg featuring beautiful blue sea turtles on their bodies. 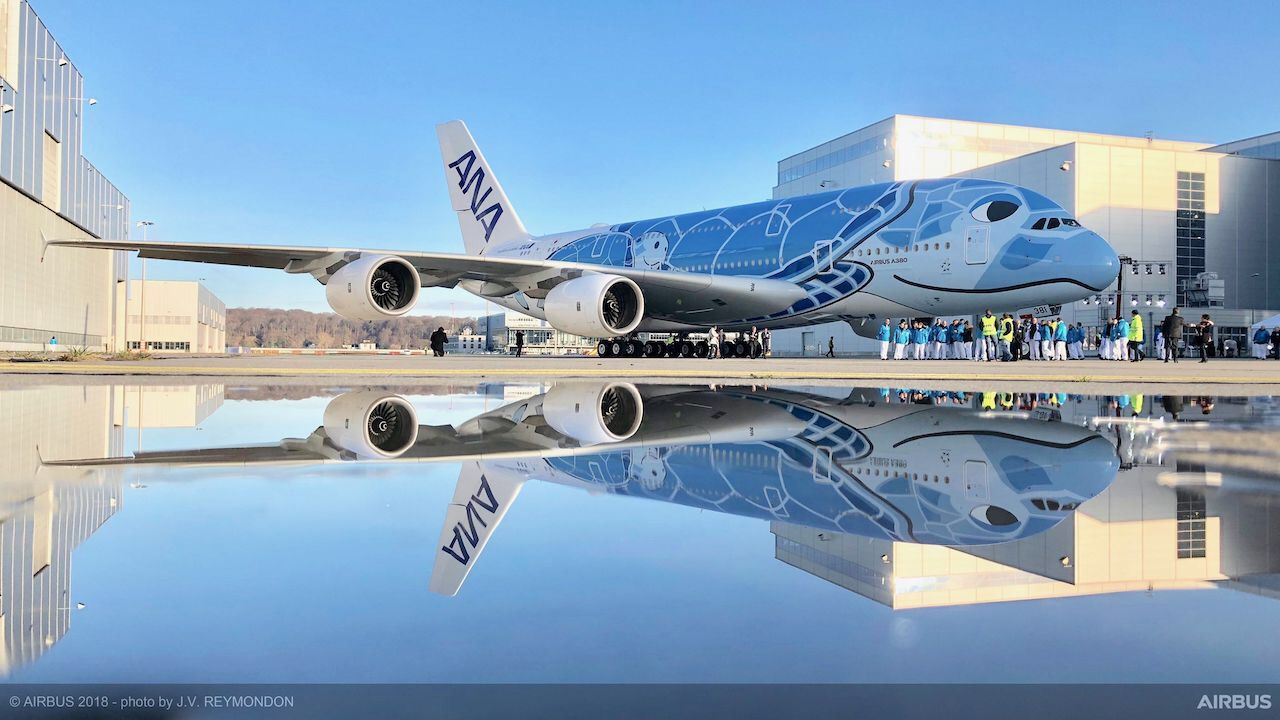 Since the aircraft’s only route will be Tokyo to Honolulu, its paint job was curated to pay homage to the Hawaiian blue sky.

The blue turtle A380, also called Lani (meaning “sky” in Hawaiian), is part of ANA’s livery motif FLYING HONU. Two more colors of that turtle motif, orange in reference to the Hawaiian sunset and emerald green to represent the crystal-clear waters of the Hawaiian ocean, will appear on other A380s soon.

Yutaka Ito, ANA’s executive vice president, said in a press release, “The Airbus A380 will be an important addition to ANA’s current fleet and it will allow passengers to reach the scenic islands of Hawaii in comfort and style. The customized livery adds a personal touch that will make the trip that much more memorable.”

The first commercial flight is scheduled for spring 2019, between Tokyo’s Narita Airport and Honolulu.

Airports + FlyingThe 7 Coolest Airplane Liveries in the World and the Stories Behind Them
Tagged
Airports + Flying News
What did you think of this story?
Meh
Good
Awesome