The rules for flying within the United States might change for a large number of Americans, according to a TSA.gov announcement. The REAL ID bill passed by Congress in 2005 requires states to update their IDs in order for those IDs to allow entry on domestic flights. While over half of US states have since phased in “compliant” IDs, including driver’s licenses, IDs from big states such as New York and California will no longer get you past TSA starting January 22nd, 2018.

If you are wondering whether your state-issued ID is compliant as of October, check out this map: 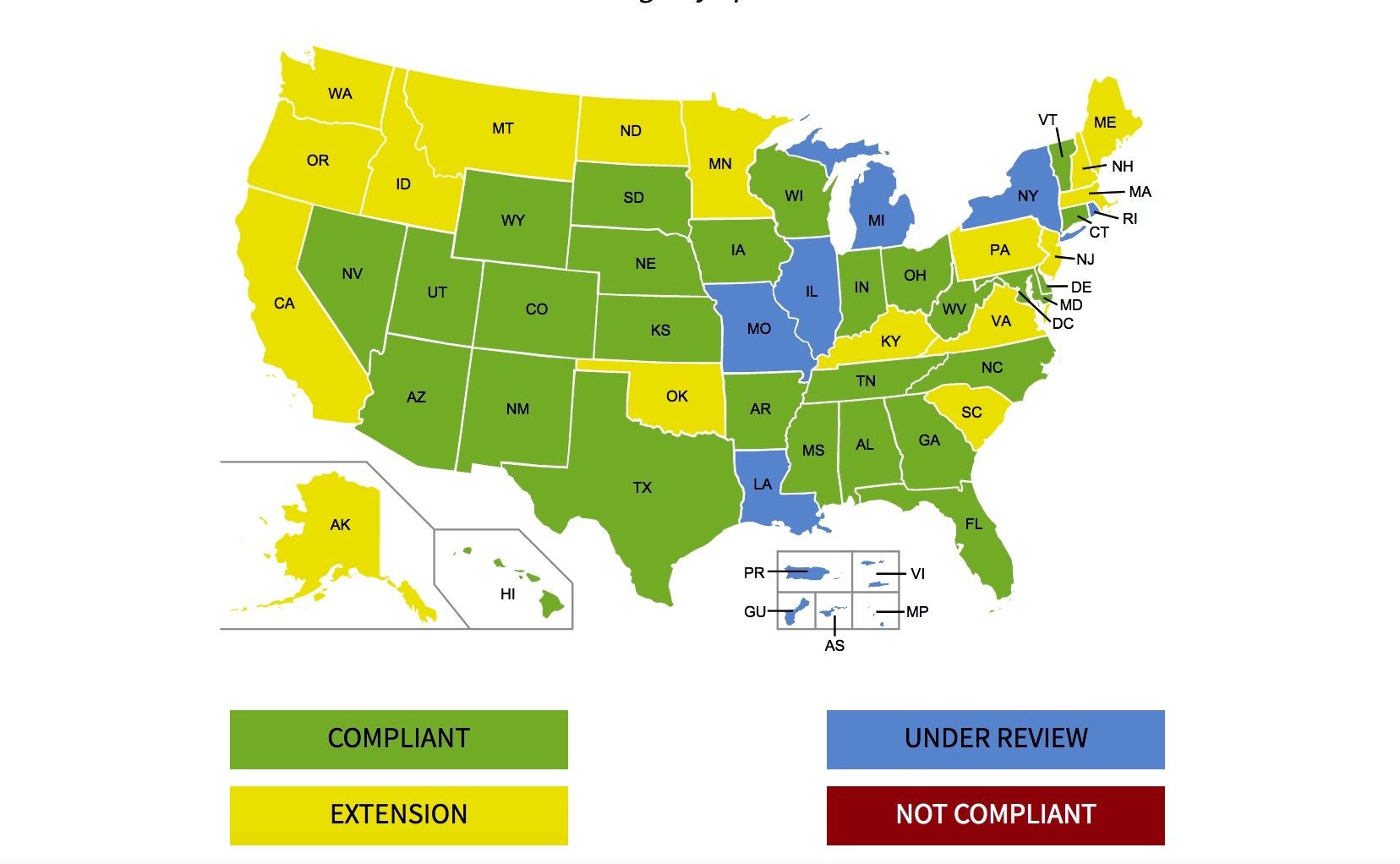 Other forms of ID, such as an American passport, will get you on your flight but can take up to six weeks to arrive in your mailbox. So start planning right now!

ActivismHow Powerful Is Your Passport in 2017?
Tagged
Maps + Infographics United States
What did you think of this story?
Meh
Good
Awesome

The Most Expensive Zip Codes in the United States, Mapped

New Study Attempts To Rank Every State From Best To Worst

The Spookiest Mythical Creature in Every Country in the World

The Happiest States in the US, Mapped

MAPPED: Everywhere To Stop Along the World’s Longest Train Journey