It is a hard pill to swallow that Earth is in the midst of a mass extinction event, driven almost entirely by human activities. In order to halt the decline in global biodiversity, in 2010 the governments of 193 countries that are part of the UN Convention on Biological Diversity committed to protecting 17 percent of land and 10 percent of oceans across the globe by 2020.

Reaching these targets requires a significant financial investment. A study published in Science in 2010 estimated the required global conservation at $76.1 billion annually. With such expenditure, it is reasonable to question whether wildlife conservation actually works.

To answer this question, a group of researchers from Oxford University, together with their colleagues in the US and Canada, investigated the effectiveness of conservation spending on biodiversity between 1996 and 2008 in 109 countries — the signatories to the UN Convention on Biological Diversity. They found that conservation investment reduced biodiversity loss by an average of 29 percent per country. Furthermore, the study published in Nature demonstrated that with additional funding, a 50 percent decline in biodiversity loss can be achieved.

Looking back at the last few decades, here are some of the greatest conservation success stories of saving species in extremis. 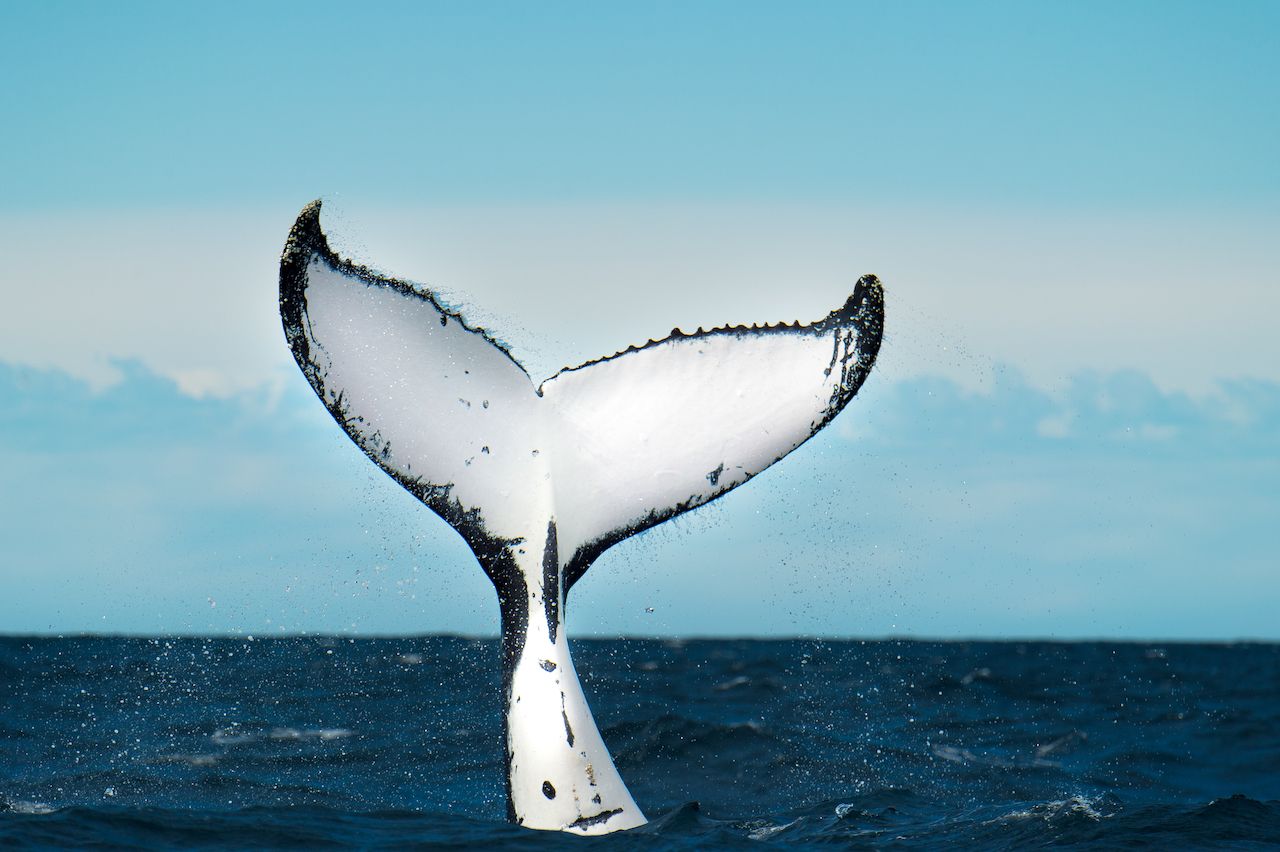 Famous for their epic migrations and spectacular breaches, humpback whales are some of the most popular large mammals in the world. Unfortunately, in the 19th and 20th centuries, they were popular for all the wrong reasons, namely their meat and blubber (the layer of fat that allows humpbacks to withstand the sub-zero temperatures of the Southern Ocean).

Hundreds of thousands of humpbacks were killed during the 20th century, reducing the global population by more than 90 percent. By the 1970s, when commercial whaling was finally banned, the Australian east coast migratory population numbered no more than 300 whales, and the North Atlantic population shrank to as few as 700 individuals.

The hunting ban was the key turning point for the whales. Over the next four decades, the humpbacks made an epic comeback from the brink of extinction. Today, more than 30,000 humpback whales migrate along the east coast of Australia each year, and the global population is thought to number over 80,000 individuals. 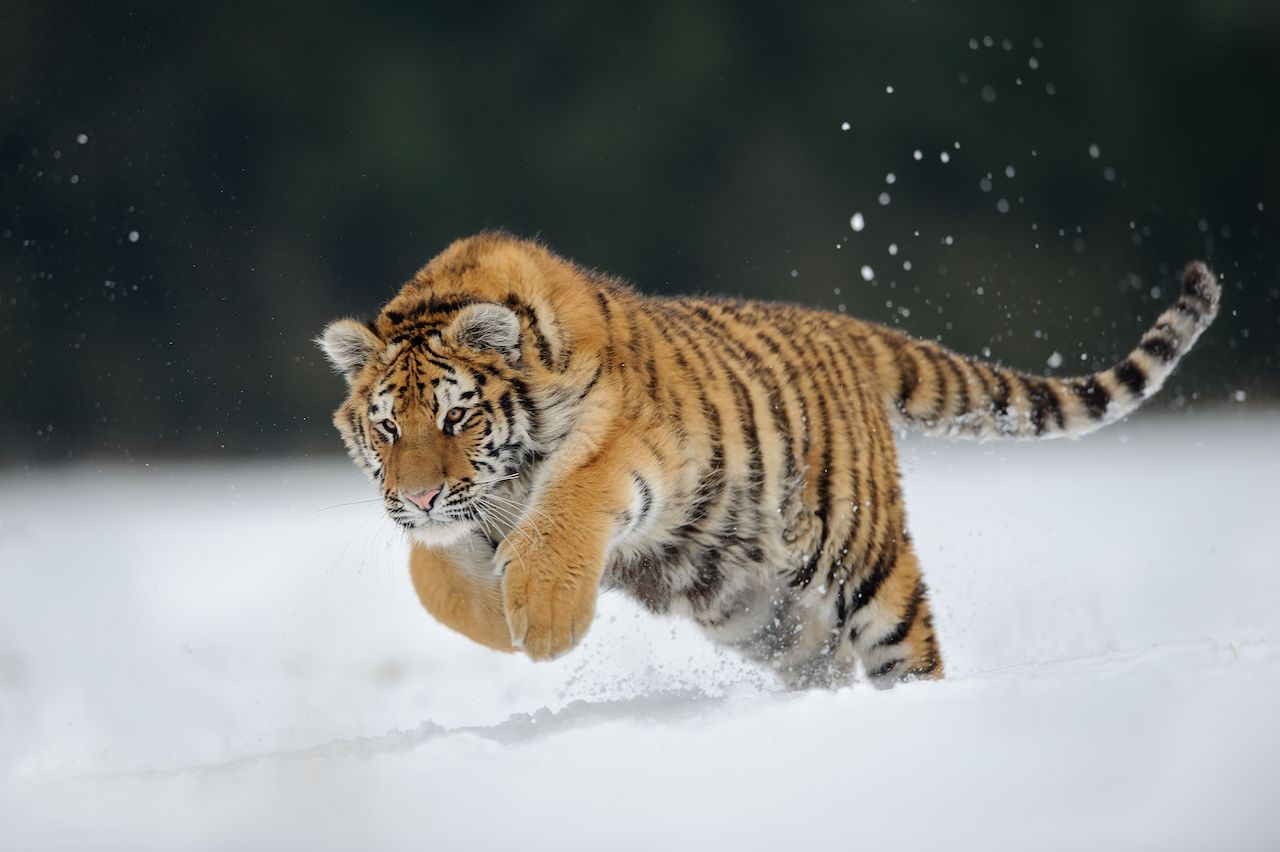 The largest wild cat on Earth, the Siberian tiger is also the most endangered. Once, Siberian tigers roamed throughout the Russian Far East, parts of China, and the Korean peninsula. But systematic hunting and capturing of tigers for zoos reduced the wild population to as few as 40 individuals by the 1940s. The world came perilously close to losing one of its most magnificent wild cats.

Thankfully, in 1947 Russia afforded full legal protection to the Siberian tiger, and the population slowly began to recover. In 1992, the Siberian Tiger Project — a joint initiative between the Wildlife Conservation Society and Sikhote-Alin Reserve in Russia — was established to study the ecology and conservation biology of the Siberian tiger in the Russian Far East. To date, more than 60 tigers have been outfitted with radio collars, allowing the researchers to gather data on tigers’ social structure, habitat requirements, reproduction, and survival rates.

The data collected by the project team has been used to improve protection of tigers and their prey species. As a result, the population of the Siberian tiger in Russia increased to 502 individuals, according to the 2015 census. And while the Siberian tigers is not quite out of the weeds, its population is considered stable and slowly increasing. 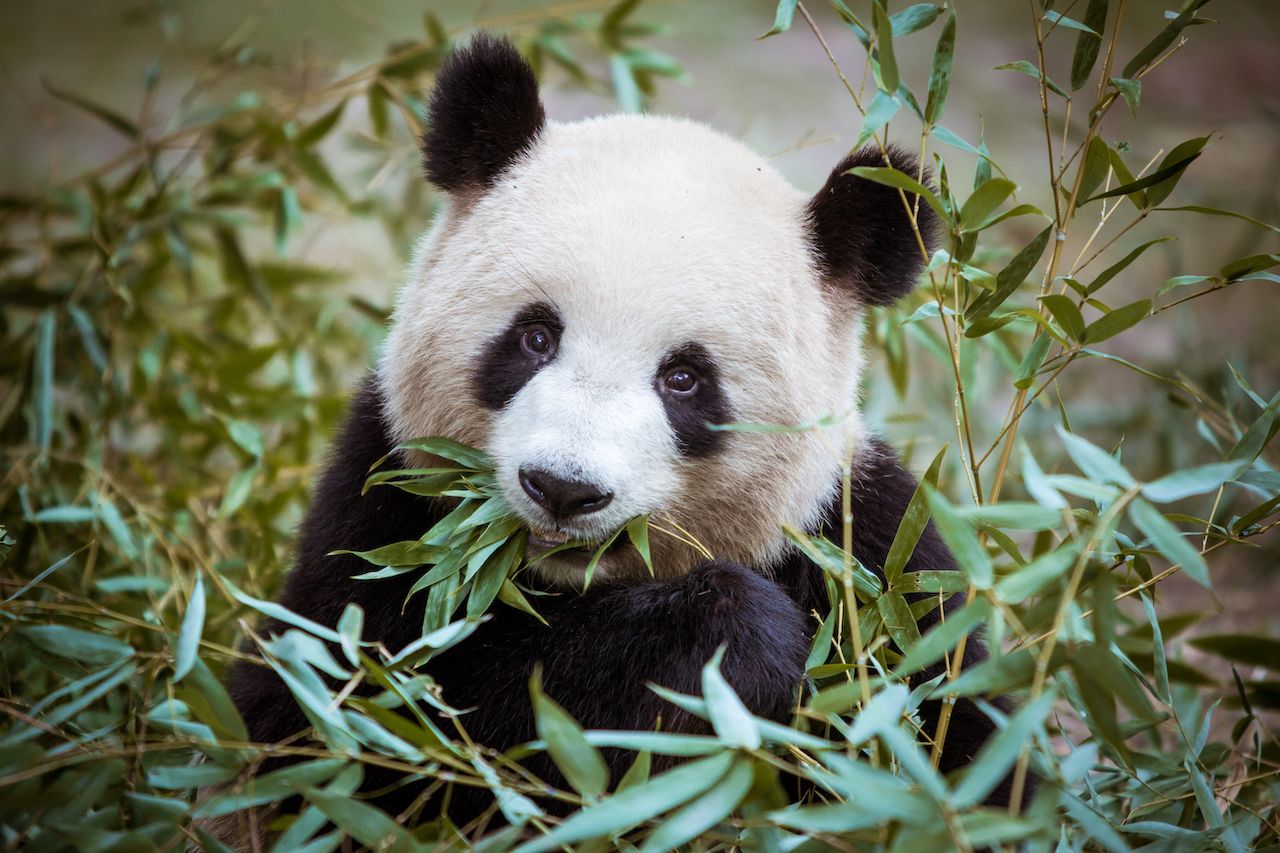 Perhaps the most recognizable symbol of the global wildlife conservation efforts is the giant panda. After decades of being poached for its hide, this adorable bamboo forest specialist native to the high mountains of western China was on the brink of extinction by the 1960s, with only a handful of individuals surviving in the wild.

The Chinese government’s crackdown on poaching in the 1980s came in the nick of time to save the giant panda from teetering over the edge. The following decades saw the establishment of a network of 67 giant panda reserves interconnected by wildlife corridors that allowed individual animals to travel between populations to maintain the necessary gene flow.

To evaluate the success of giant panda conservation measures, the Chinese government carries out extensive national surveys once every decade. The most recent survey, conducted from 2011 to 2014, included more than 2,000 people surveying 43,600 square kilometres of panda habitat. The results of the survey revealed the growing trend in the giant panda population with an estimated 1,864 pandas living within the surveyed area — an increase of 17 percent from the previous survey in 2003.

While some experts question the extent of the population growth reported by the survey, the International Union for Conservation of Nature downgraded the status of the giant panda from endangered to vulnerable in 2016. 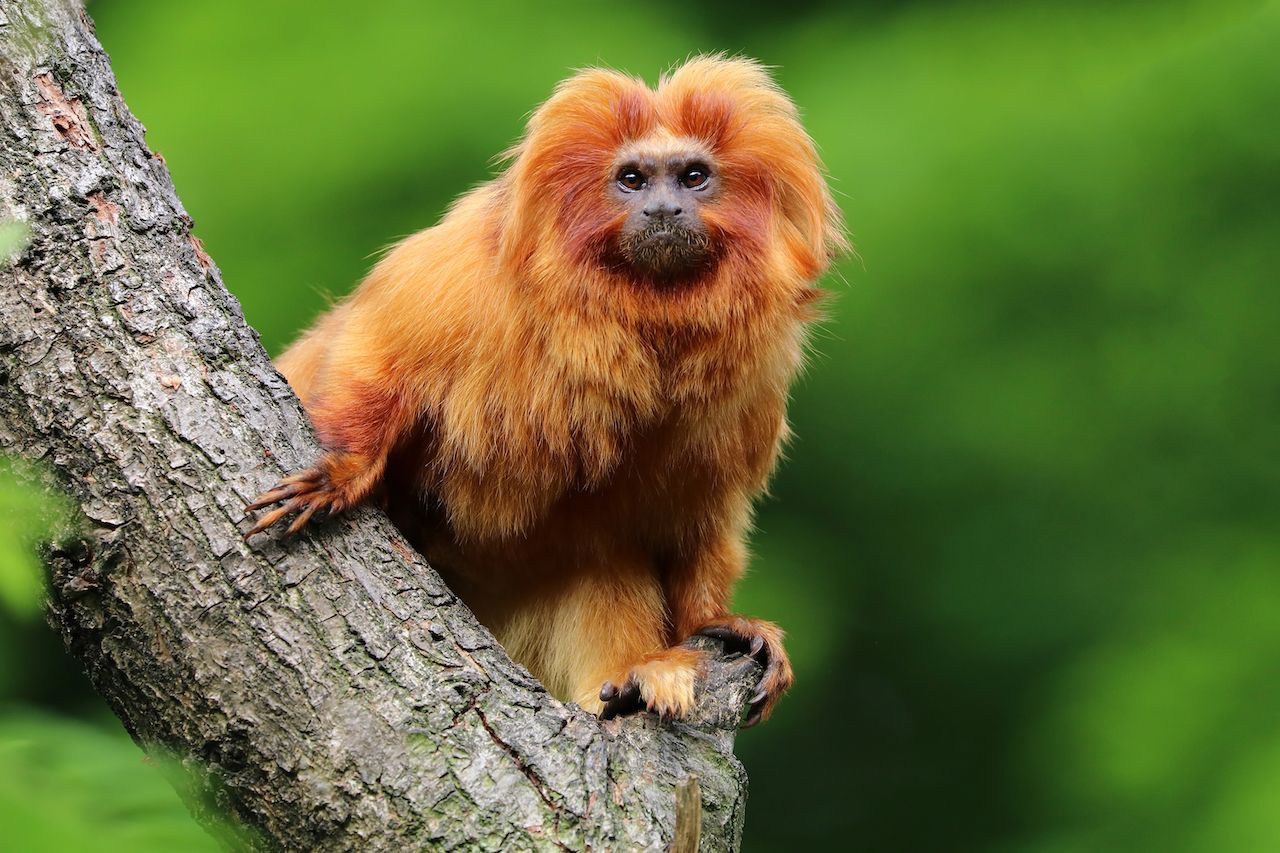 Despite such a grand name, golden lion tamarins are tiny primates that weigh all of 260 grams. They have impressive manes, reminiscent of Africa’s big cat; bright reddish-orange coats; and hairless faces. Many consider them the most beautiful tamarin species.

Golden lion tamarins live in the Atlantic coastal forest in Brazil where they forage for fruit and insects in small social groups. Unfortunately for the tamarins, people also like to live in the coastal areas in Brazil. Over the years, most of the Atlantic forest has been cleared and replaced with cities like Rio de Janeiro. Only about five percent of the golden lion tamarins’ habitat remains today.

Consequently, by the early 1990s, the species was teetering on the brink of extinction, with possibly as few as 200 individuals scattered among isolated populations. What came next was the world’s first attempt to reintroduced captive-bred animals into the wild to bolster the dwindling numbers.

The reintroduction was fraught with difficulties. The early attempts failed because the zoo animals did not know how to survive in the wild. Desperate to save the species, the experts designed elaborate training environments to teach captive tamarins how to avoid predators and find food. Eventually, it worked, and the population started to stabilize. Today, there are about 1,000 golden lion tamarins living in the protected reserves and on nearby ranches in the state of Rio de Janeiro. 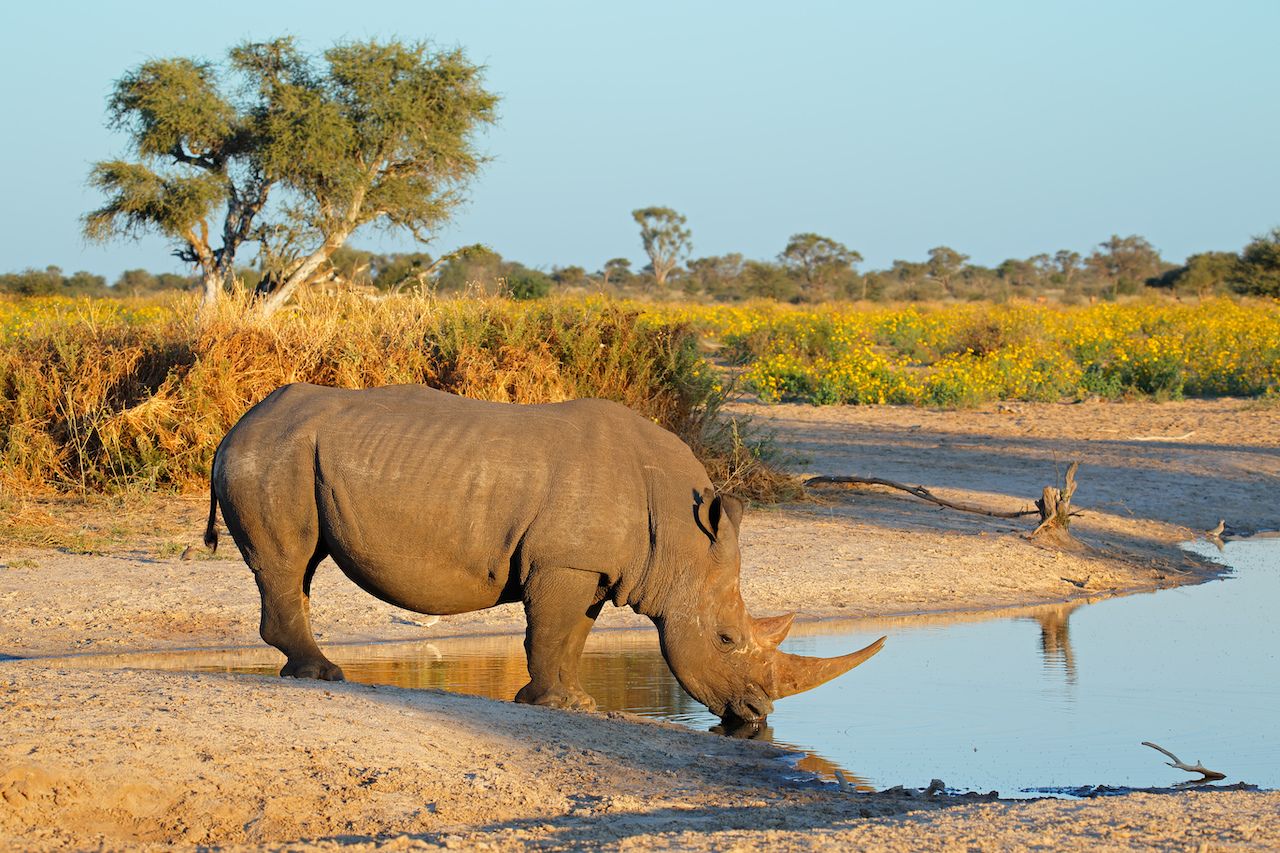 Rhinos are one of the most heavily poached wildlife species in the world. Once, they roamed throughout Eurasia and Africa and numbered over half a million individuals. Today, all five species of rhino are endangered, with two of the species facing a significant risk of extinction in the near future. The last male northern white rhino died in captivity in March 2018, effectively marking the end of the species.

South Africa is home to most of the world’s southern white rhinos. The species has also been reintroduced into parts of its former range — in Botswana, Namibia, Swaziland, and Zimbabwe. The success of intensive conservation measures led to the downgrading of the southern white rhino from critically endangered to near threatened, proving that there is hope for the world’s species and paving the way for future conservation work. 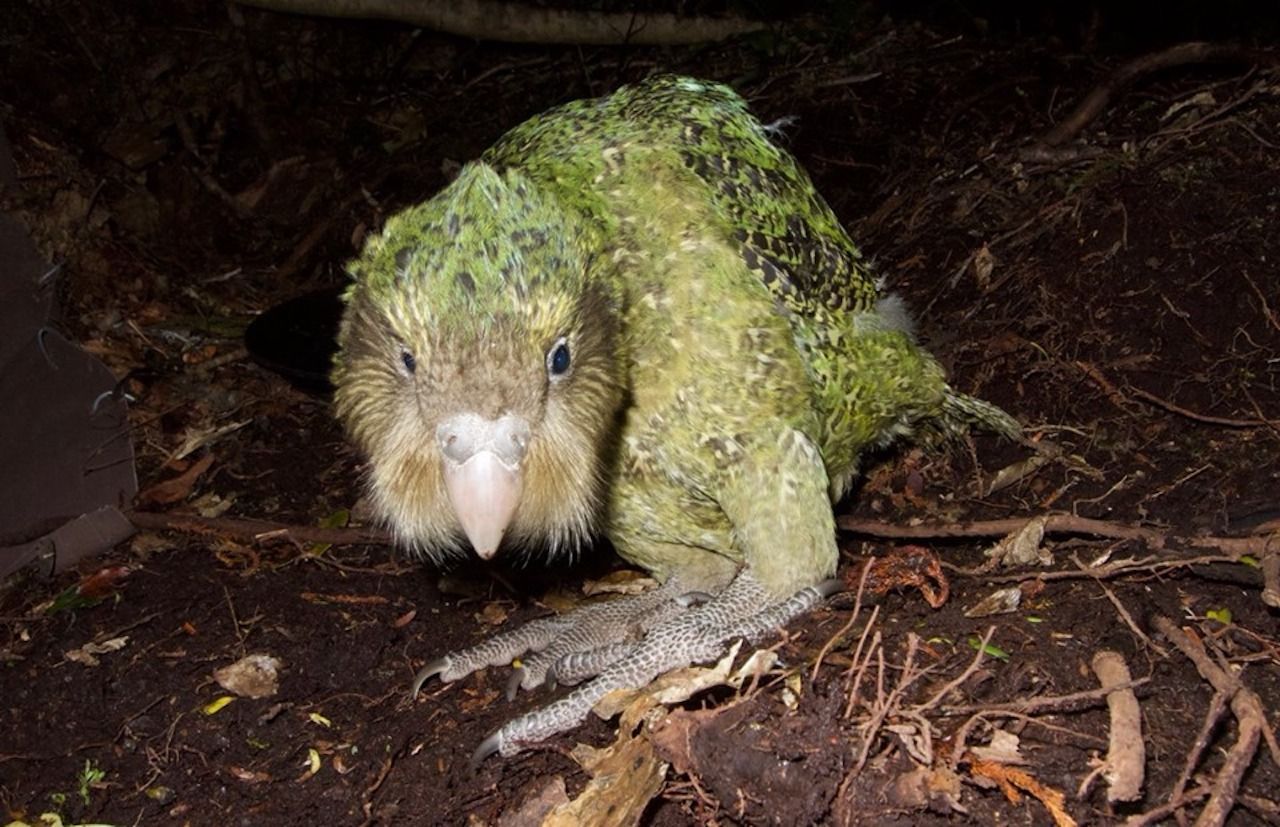 The kakapo is a large, flightless, nocturnal, ground-dwelling parrot native to New Zealand. Its story is reminiscent of the plight of the great auk, the now-extinct, penguin-like, large flightless bird of the North Atlantic. Unable to fly away from attackers, both species were found to be easy prey and were killed en masse by the first humans to encounter them. In the case of the kakapo, it was the Polynesian settlers that arrived in New Zealand about 700 years ago.

European settlement of New Zealand accelerated the demise of the kakapo through habitat loss and the introduction of predators like cats, stoats, and rats, and by the mid-1900s, the kakapo had all but disappeared off the face of the Earth.

It took the New Zealand Wildlife Service (now the Department of Conservation) three decades and countless expeditions to find the last remaining viable population of kakapo on Stewart Island at the southernmost tip of New Zealand. To save the last of the kakapo from predation by cats and rats, the birds were translocated to the sanctuaries on three offshore islands by 1997: Codfish Island, Maud Island, and Little Barrier Island. Over the next few decades, introduced predators have been eradicated from these islands, making them suitable for the long-term survival of kakapo.

Thanks to the intensive conservation measures and rigorous protection, the kakapo population grew from 62 birds in 2000 to 142 birds today. And while it is still listed as critically endangered on the IUCN Red List of Threatened Species, hope remains for the future of kakapo. This year saw an unusually long breeding season that produced a record number of kakapo hatchlings — over 70 chicks. 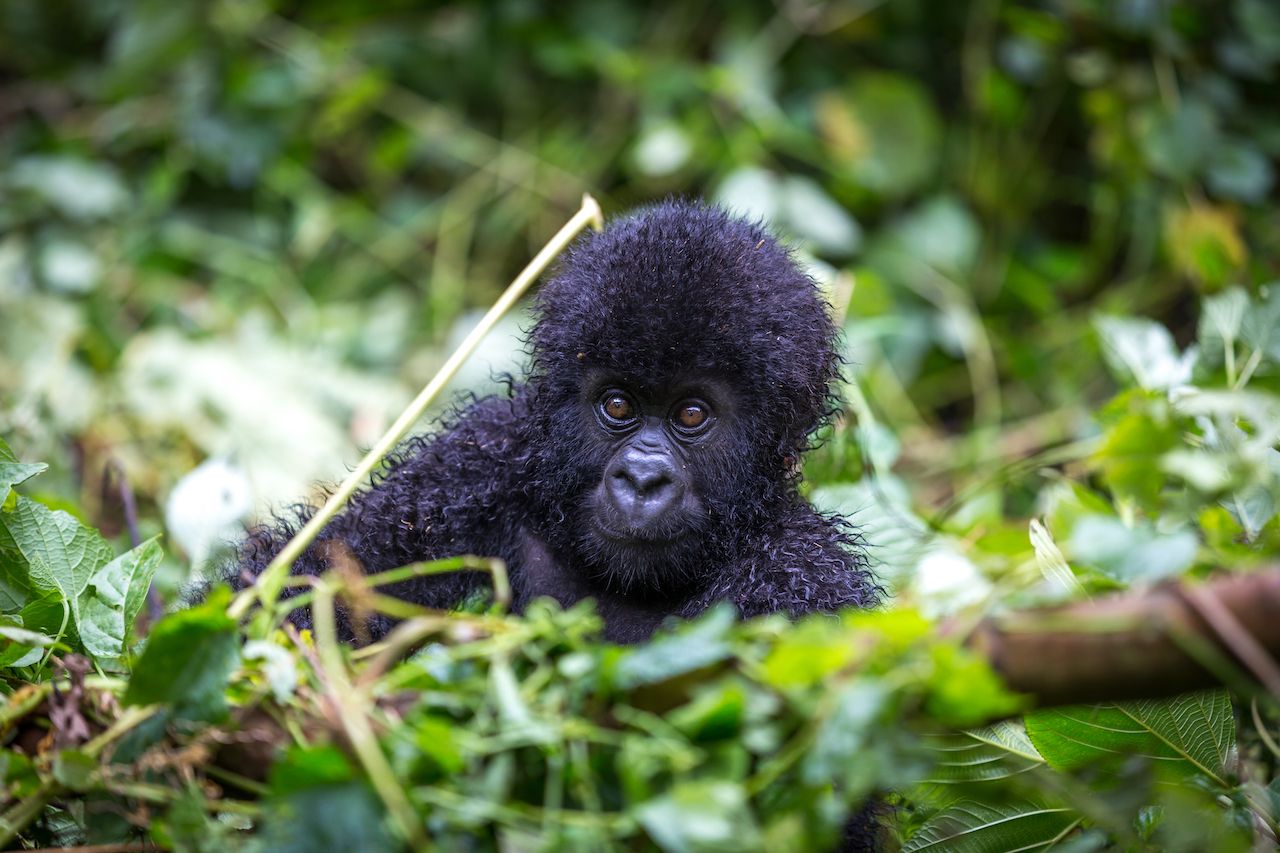 Mountain gorillas are one of the best-known icons of wildlife conservation. A subspecies of the eastern gorilla, the mountain gorillas survive in two distinct populations. One is confined to Uganda’s Bwindi Impenetrable National Park, and the other is found in the Virunga Massif that stretches across the borders of Rwanda, Uganda, and the Democratic Republic of Congo. It was in Virunga Massif that Dian Fossey established the now-famous Karisoke Research Centre in the 1960s. At the time, mountain gorillas were already heading towards extinction after decades of war, habitat destruction, and poaching.

By 1978, the total population of mountain gorillas in Virunga Massif reached an all-time low of about 240 individuals, which lead to Dr Fossey’s grim prediction that the species would go extinct before the end of the century.

What saved mountain gorillas was the extreme level of conservation and protection. Led by the passionate individuals, some of whom lost their lives to protect the gorillas, the conservation efforts were eventually supported by the governments of Rwanda, Uganda, and the Democratic Republic of the Congo. After decades of intensive on-the-ground protection, the numbers of mountain gorillas began to increase. Today, the population estimate is 1,004 wild gorillas, with just over 600 animals living in Virunga Massif and about 400 individuals in Bwindi Impenetrable National Park.

The increase of the population lead to the re-classification of mountain gorillas by the IUCN from critically endangered to endangered, proving the value of intensive conservation measures in saving species from extinction.

Insider GuidesThe Best 8 Places To See Some of the World’s Most Majestic Animals Up Close
Tagged
Activism Sustainability Wildlife
What did you think of this story?
Meh
Good
Awesome