Arctic foxes are much more than cute balls of fur, they’re apparently also incredibly athletic and adventurous creatures. Indeed, this arctic fox that was fitted with a tracking device in July 2017 has proven to be quite the explorer — it walked on the sea ice from Norway’s Svalbard archipelago to Ellesmere Island in Canada, a 2,000-mile distance, in just 76 days.

As reported by The Guardian, on March 26, 2018, the female fox left Svalbard and arrived in Greenland 21 days later. It continued on to Ellesmere Island in Nunavut, Canada, where it arrived yesterday. 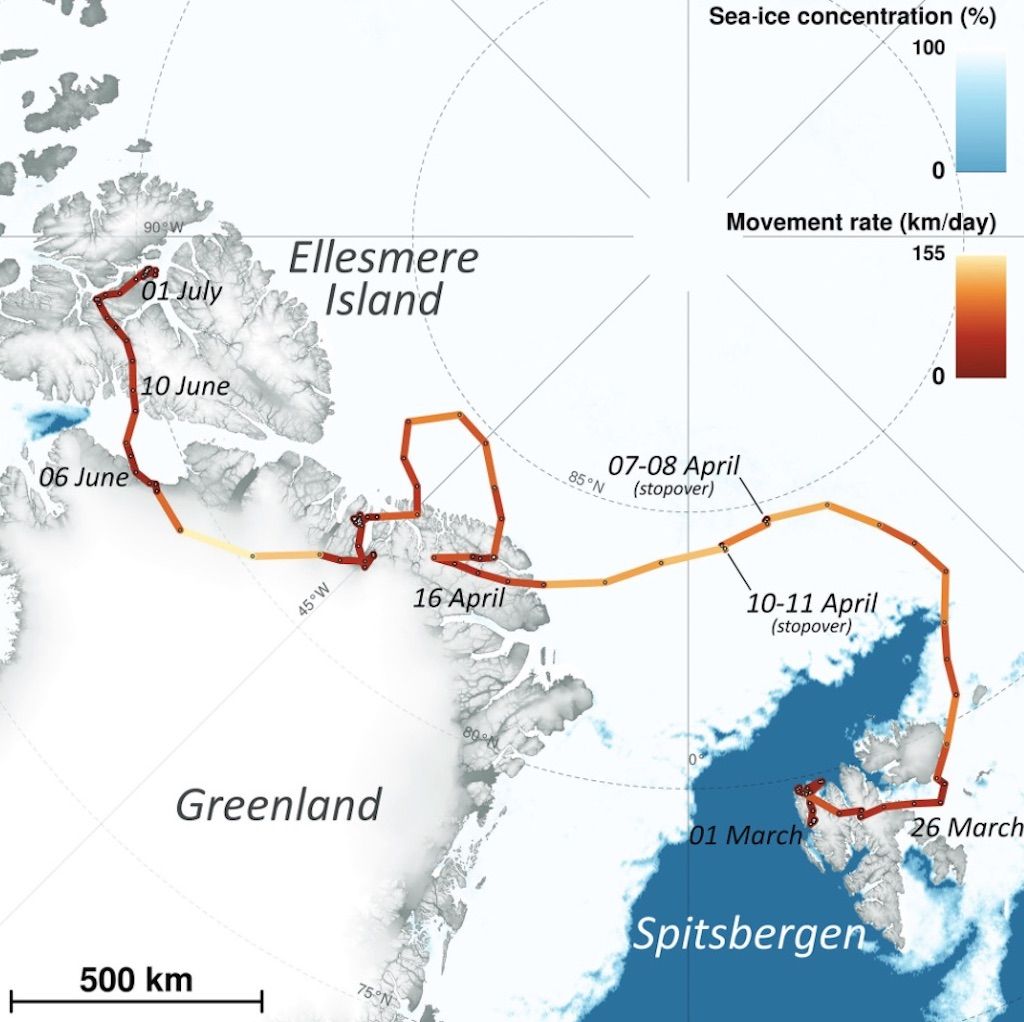 The Norwegian Polar Institute published a research paper about the fox’s incredible feat across the Arctic, explaining that it walked an average of 28.6 miles per day. While on the sea ice in northern Greenland, scientists even recorded a day during which the animal walked 96.3 miles — “the fastest movement rate recorded for this species.”

While the journey might seem improbable, if any animal could do it, it’s definitely the arctic fox. According to National Geographic, thanks to their furry-soled paws, short ears, and short muzzle, they can survive incredibly cold temperatures (as low as minus 58 degrees Fahrenheit).

Trip PlanningThe Best 8 Places To See Some of the World’s Most Majestic Animals Up Close
Tagged
News Wildlife
What did you think of this story?
Meh
Good
Awesome