Athens is among the world’s most historic major cities, a destination for lovers of history, architecture, and Greek mythology. More than five million tourists visited the capital of Greece in 2018. But there’s more to Athens than meets the eye — many Athenians have never fully recovered from the 2008 financial crisis and austerity measures.

I visited Athens in 2019, 11 years after the Global Financial Crisis (GFC) that saw the collapse of many parts of Greece’s economy. In 2008 the GFC, coupled with the worst refugee crisis in its history, put an immense social and economic strain on Greece and sent the country into an economic breakdown. It was the everyday people who suffered the most. In the years that followed, Greece’s unemployment rate increased to 27 percent. It’s lowered slightly but is still a major concern; in 2018, one in five Greeks were unemployed.

Shedia, founded in 2013, is a social enterprise whose main aim is to highlight the most important homelessness and poverty-related issues, and provide employment and support to the most vulnerable members of society. They put together a “street paper,” a periodical print magazine that Shedia’s partners sell to earn money, and in 2014, Shedia commenced the “Invisible People Walking Tours” to further its mission. These tours provide employment opportunities to those affected by homelessness or poverty, with the aim to educate visitors on the hardships faced by marginalized members of the community­­­, so they might give back.

Walking through Athens beyond its ancient history 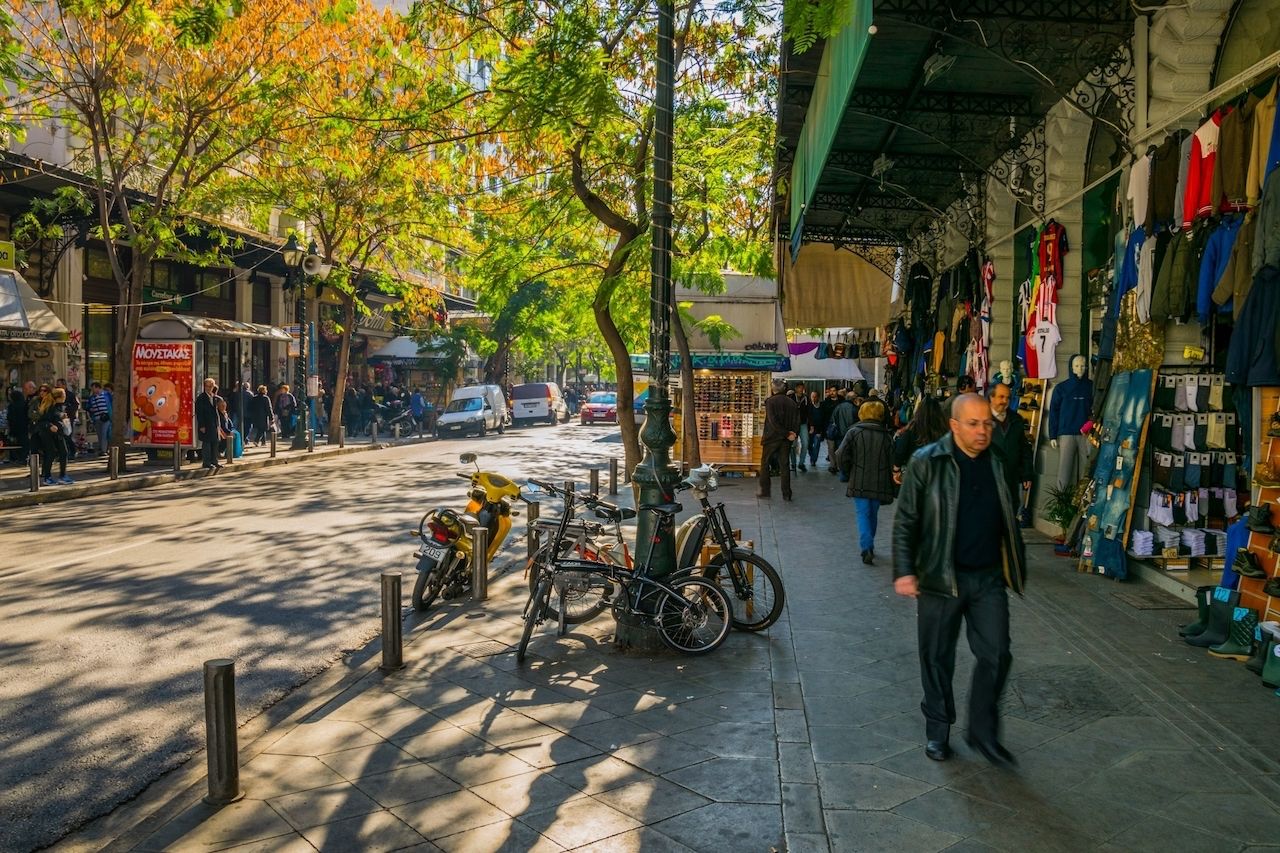 I had the privilege of joining Shedia’s “Invisible People Walking Tour” while visiting Athens. Our guide, a stout gentleman in his late 50s who went only by Michael, greeted me with a smile in Athens’ Omonia district. After a short introduction about Shedia, we commenced the two-hour tour. We walked the backstreets of the Omonia district, made colorful by graffiti art masking the walls of the run-down buildings. Our first stop was a local soup kitchen, where Michael stopped to explain more about the homeless population of Athens and opened up about his own personal experience with homelessness.

“Shedia saved my life,” Michael says, explaining how the financial and employment support have helped him get back on his feet. The tour costs eight euros (just under $9) for adults and five euros ($5.50) for students. Fifty percent of this fee goes to the tour guide, and the other 50 percent goes toward running Sheida’s other social programs, including community housing and employment programs. Participants can also leave an additional tip for their guide if they wish. The walks happen each Saturday at 10:30 AM, and while they are generally led in Greek, tours can be arranged in English, French, Spanish, German, or Italian with advance notice.

Making a difference and raising awareness 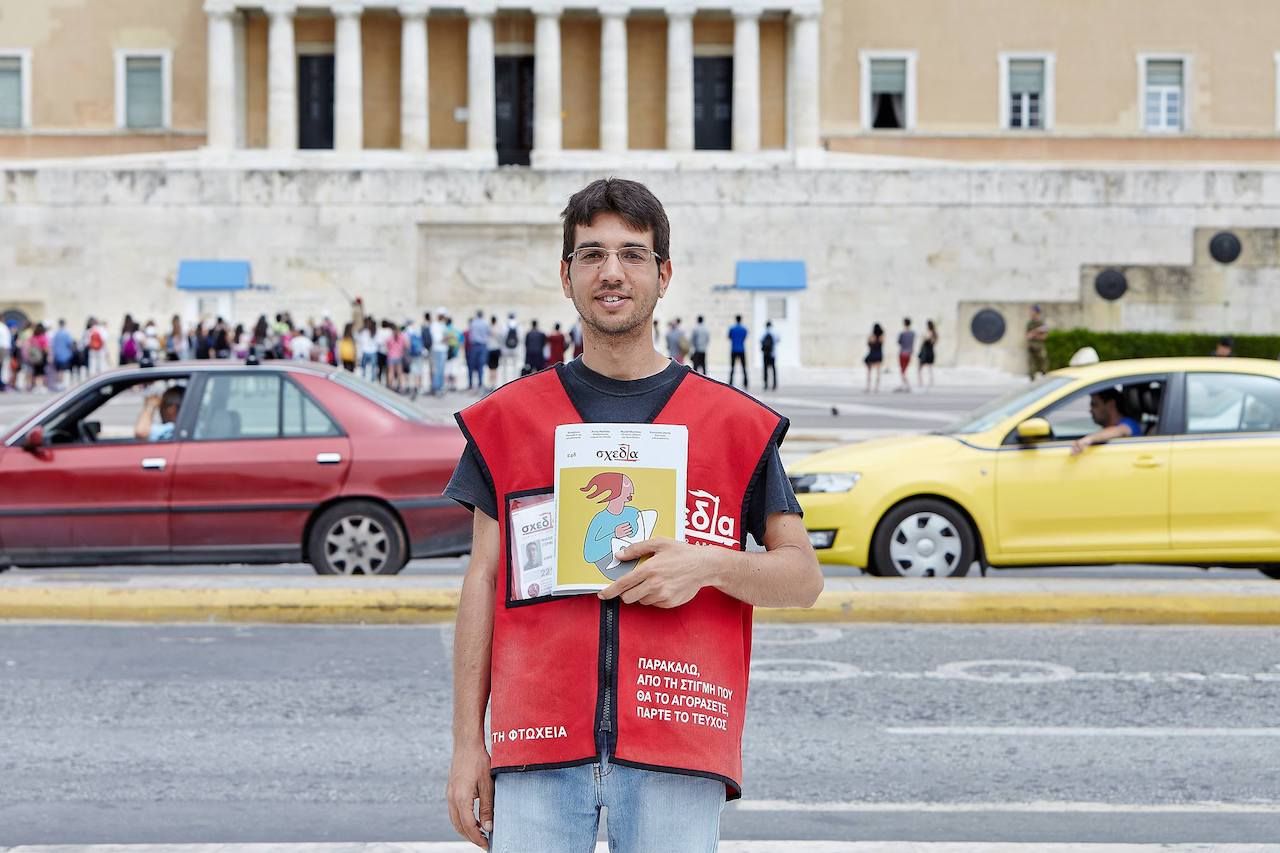 Shedia supports over 150 marginalized people in the community. Two of those members are running the Shedia tours, with one more in training, while the others sell copies of the Shedia street magazine to make a small profit. According to Shedia journalist Spyros Zonakis, there are 45 vendors who have used the money earned from the sales of magazines to rent an apartment in the city. “We want to empower people to help themselves,” he says. “They may have lost their trust in the system, but the opportunities we provide help them to believe in their capabilities once again.”

As we walked through the neighborhood, Michael and I spoke about the role soup kitchens and organizations like Shedia play to help people like himself and the many other people who have experienced homelessness as a result of the financial crisis.

Michael had taken sole responsibility for his family business right around the time the financial crisis was at its peak. Leaving for work one morning, he found his work truck missing, and after liaising with the police, he was told it had been stolen. This truck was imperative to keep his business open, and after the police came back with no findings, Michael had no choice but to close the business down. With bills piling up and no income to pay the rent, Michael’s landlord eventually kicked him out. He packed his suitcase, left some items with a friend, and headed to the street homeless.

Michael was homeless for six years. His honesty and openness struck me as a testament to the work that Shedia does to help people in need. 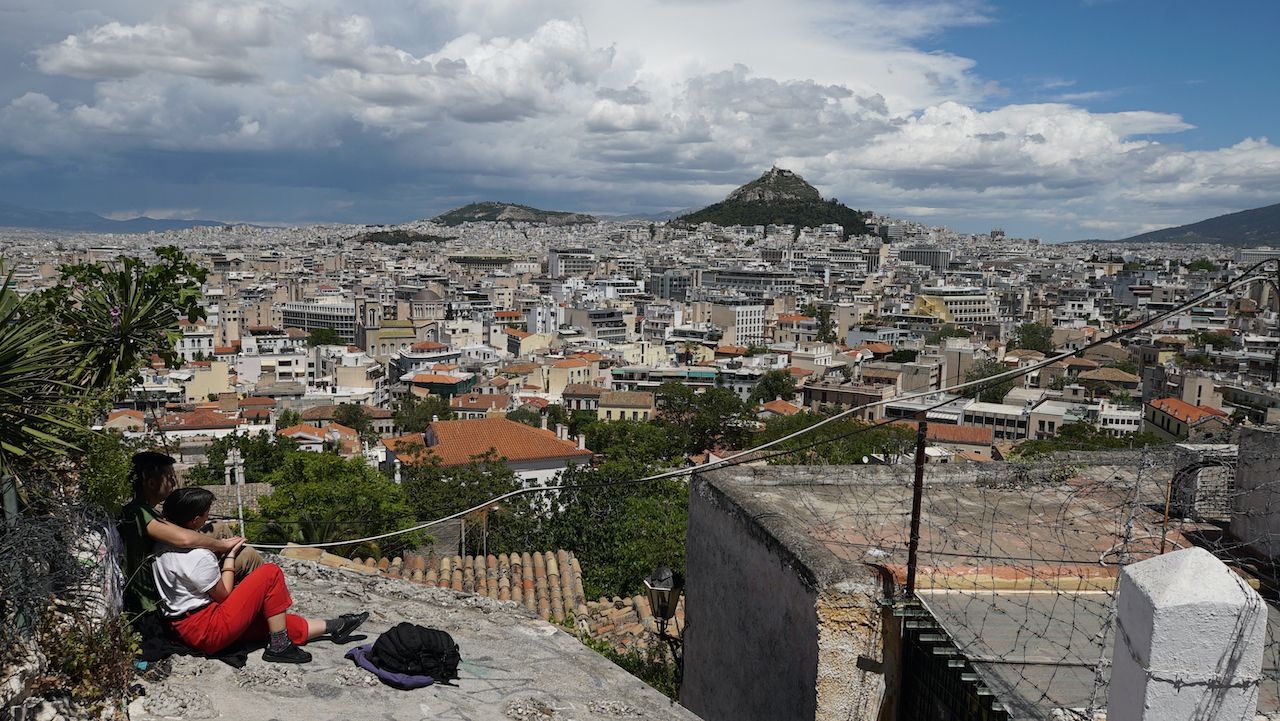 On the tour, we visited some important safe havens for at-risk members of the community, including a local shelter. Michael continued to reveal the hidden face of Athens, but the tour wasn’t all somber. He shared some insider tips like where to get the best souvlaki and moussaka. We strolled through local markets, including the Athens Central Market, a rousing marketplace full of Greek specialties such as olives, feta, spices, and fresh produce. And we made our way past the National Theatre of Greece and the Paxinou-Minotis Museum, which honors the tragedian Katina Paxinou.

But beyond being a walk-through of the city, the lasting memories of the tour are of the people. Looking beneath Athens’ beautiful facade revealed the city’s deep humanity, and it’s well worth stepping beyond the Acropolis and Parthenon if but for two hours of your trip. “The most important vision of these tours is to make the invisible part of our city visible,” Michael says. “A lot of Athenians have never even walked through these streets. My goal is to provide information about the services provided by the most important social structures in the city of Athens”.

Find more information or book the tour for your upcoming visit to Athens via Shedia’s website.