Visions of Colombia are often shaped by the legend of drug lord Pablo Escobar — fueled by the popular television series Narcos — and stories of FARC-driven violence that, until recently, dominated international headlines. In the heart of Bogota, the country’s capital and the center of years of unrest, a Colombian university is working to change what was once the city’s most violent neighborhood for the better, and with that, the perception the rest of the world has of Colombia.

The Externado University of Colombia is sponsoring tourism classes for former gang members and equipping them to guide tours of Egipto neighborhood, the former center of Bogota’s gang violence. These tours are both bringing money and resources into the city and giving these locals valuable work. You can take part in the first incarnation of their efforts on a trip to Colombia by signing up for the Breaking Borders tour.

Travel company Impulse Travel coordinates the tour for you, connecting you with the guides and escorting your group through a piece of the city’s recent history. Along the way, you’ll hear stories rich in hope and promise to overcome a violent past. The tour’s fee, about $47 plus any tips you throw their way, helps the guides and their families build a financial foundation through honorable work.

Walking through a neighborhood rocked by violence 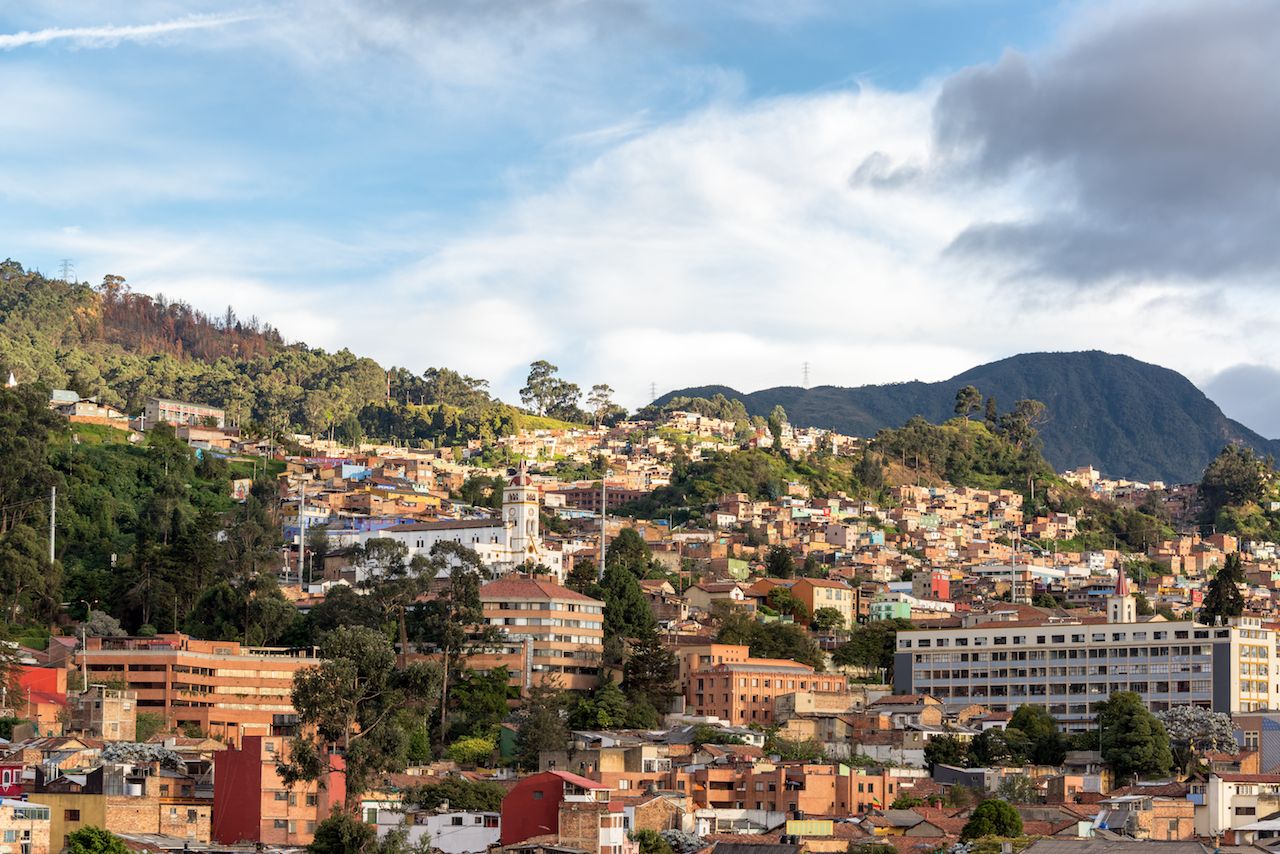 The tour starts with a history lesson. Calle 10, the artery of Bogota’s Egipto neighborhood, curves up a steep hillside on the eastern edge of the bustling La Candelaria barrio. But Calle 10 is much more than just a road — it’s a community that is home to 142 families and 600 people. The invisible border separating the two neighborhoods marks a line between the beating heart of Bogota — an area flush with colonial architecture and lined with restaurants, bars, museums and the historic Plaza de Bolivar — and one that, until the early 2000s, was the site of some of its most violent gang activity. This line also inspired the tour’s name, Breaking Borders.

In La Candeleria’s thriving nightlife and cultural scene, restaurants and bars occupy brightly painted one- and two-story Art Deco buildings. Museums and government centers surround the Plaza de Bolivar, and families huddle around busking musicians. The neighborhood’s streets are lined with Bogotanos, tourists, and students munching on empanadas and arepas bought from the area’s many vendors and stalls.

A far different vibe lurks across Carrera 1, the street that acts as an invisible border between the two neighborhoods. In Egipto, the second oldest neighborhood in Bogota, armed policeman stand on the street corners; there are bullet holes in the buildings’ facades and boarded shopfronts. Large murals about the barrio’s violent past are everywhere — a floral design signals growth and a buried past, a cartoonish-looking bear and alligator symbolize the coming together of different tribes around a glass of local chicha.

For 27 years, rival gangs controlled Egipto and effectively split the district into two warring factions. Gang members enacted disputes over territory, drugs, women, etc. and the violence often affected everyone in Egipto. Between 1990 and 2002, more than 1,200 murders took place in the neighborhood, nearly 70 percent of the kids between the ages of 12 and 18 and the vast majority carried out with homemade guns. During the height of Bogota’s drug-rattled violence, the gangs regularly robbed and kidnapped university students residing in La Candelaria, using violence and threats to extort money, run drugs, and assert their power.

Nearly everyone in Egipto has lost someone close to them to gang activity, and many men admit to having been a part of it themselves. Many aren’t shy to lift up their shirt to reveal bullet scars and stab wounds.

Giving former gang members agency and resources to better themselves 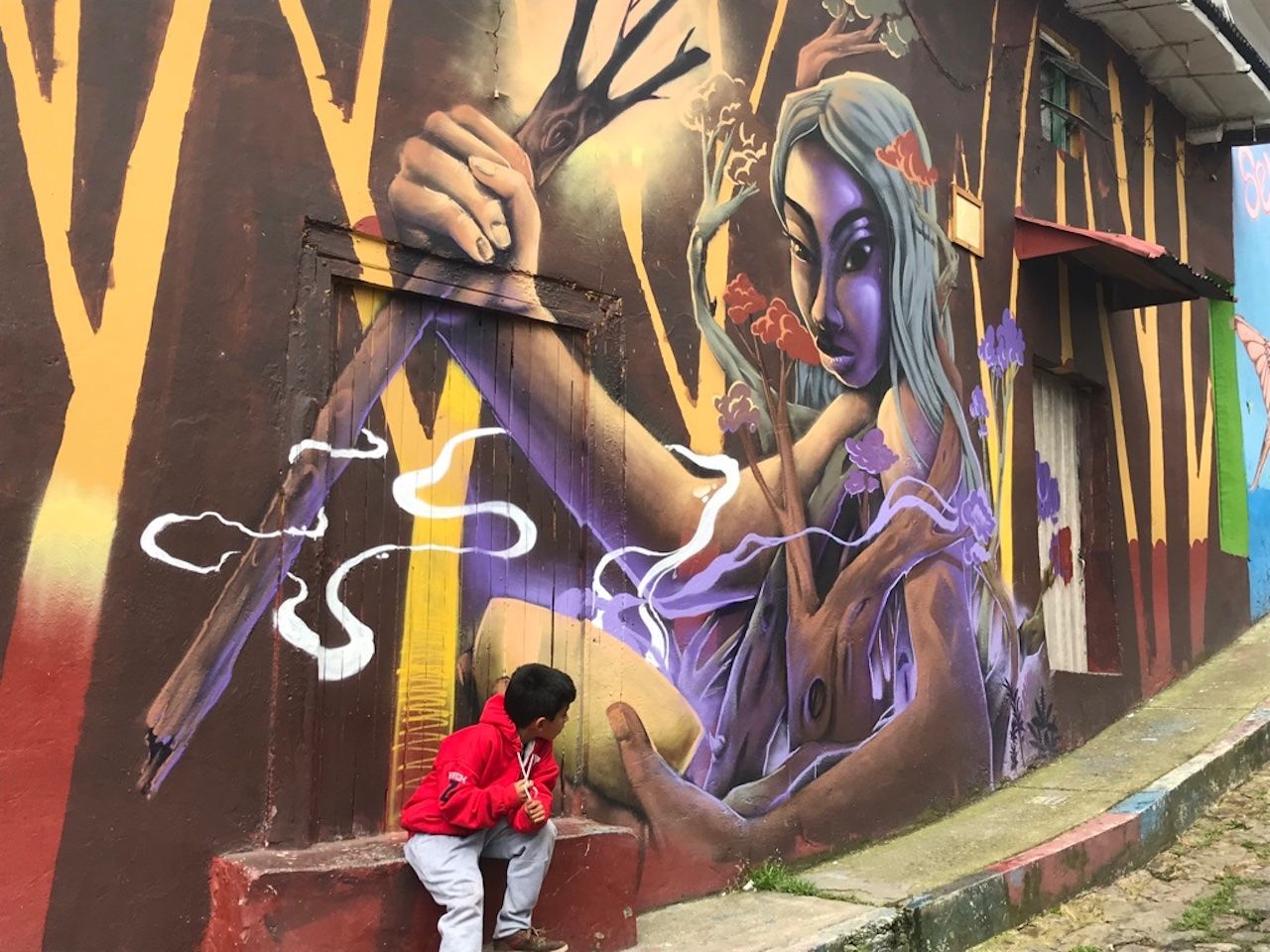 In an effort to ease the tensions between the neighborhoods and prevent students from getting robbed, the Externado University of Colombia began a program in 2001 to sponsor tourism classes for former gang members, training them in the basics of the tourism industry and creating an opportunity for them to turn their community around. The program’s goal was to help Egipto improve its economic standing by building a solid financial base from a legitimate — and legal — source and keep clean from drugs and violence. It also transforms a controversial tourism industry, slum tours, into something that directly helps the affected locals, rather than exploit them for third-party gain.

In practice, the process is ongoing and still in its infancy after only two years, but so far the signs are positive. After completing the sponsored university courses, Jaime Roncancio formed the Breaking Borders tour along with four other former gang members.

Over the course of a few hours, Jaime and his colleagues walk visitors through the city’s 27 years of violence. The tour kicks off with a walk up the steep cobbled street, taking in the large murals, which provide a visual narrative of the area’s history.

One of the main stops is a small school for the area’s kids — the first of its kind in Egipto. The small schoolhouse, an open-air main room with an adjoining kitchen and restroom, services kids before they are old enough to enroll in public school. Contrary to most establishments in the area, it welcomes children from both rival sides of the neighborhood.

The tour then continues up to El Cuadrado, the community’s central square formerly used as the gangs’ gathering spot. El Cuadrado now serves as one of the main focal points of the Breaking Borders tour where Jaime and other former gang members sit guests down and rap their life story. That’s when visitors learn that Jaime’s whole family was sucked into the violence — he took his first bullet at age eight and in the ensuing years was shot another seven times.

Building a future for the residents of Calle 10 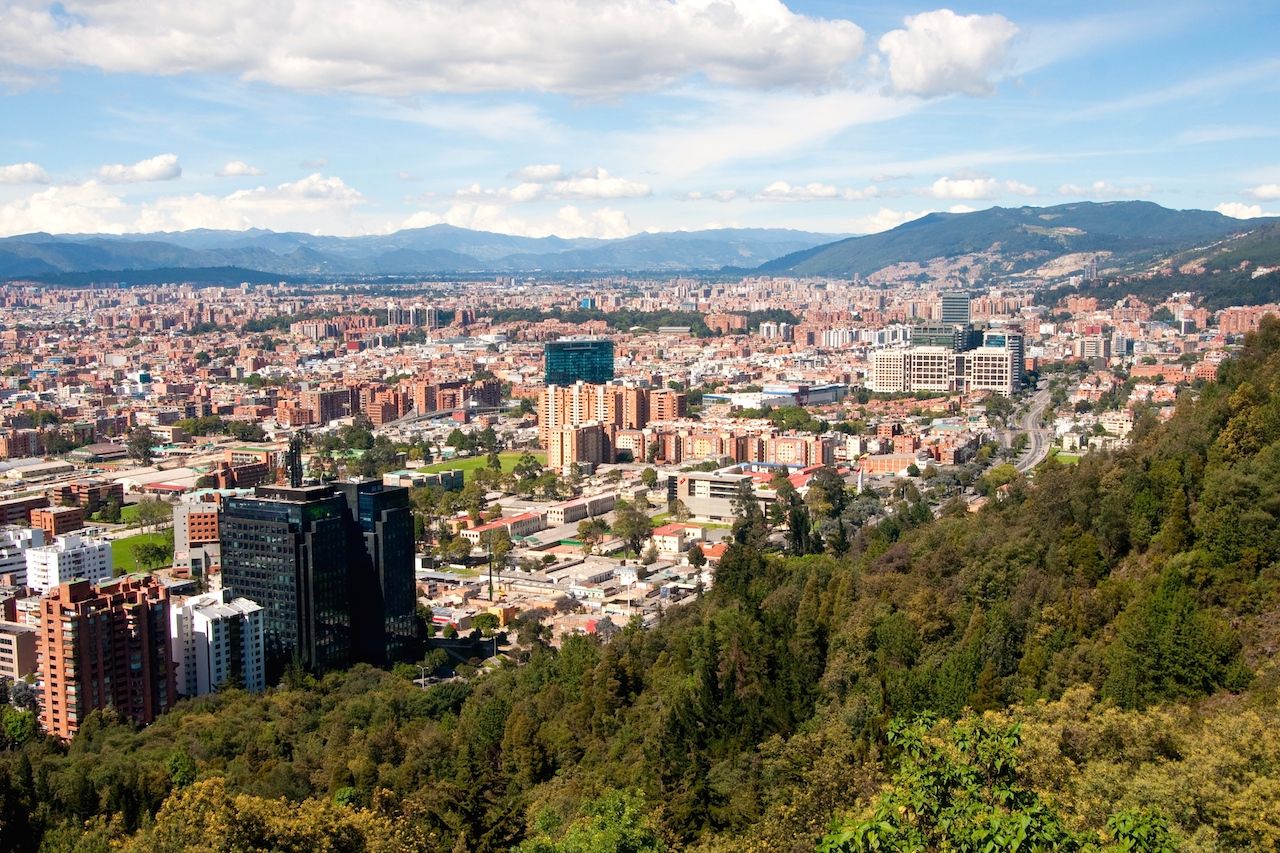 Funds from the tour go straight into the community — for schools, meals, and a well-groomed soccer pitch, which sits at the top of the neighborhood overlooking the high-rises of the city below.

The soccer field has become a central hangout for kids in Calle 10 — there always seems to be a game in progress. A large cement wall is visible from the pitch, marking the divide in the neighborhood established by the warring gangs. Violence is still raging on the other side of the wall, even as kids laugh over a game of soccer less than 100 yards away.

The tour’s final stop is Jaime’s home. As a token of appreciation, Jaime invites everyone who takes the tour into his living room for a shell of homemade chicha, a thick alcoholic drink made from distilled corn that he brews in a copper pot in his kitchen. Jaime’s self-constructed balcony offers a far-reaching view of Bogota’s sprawling skyline to the west and a striking spot to enjoy a drink. While violence is far from being fully eradicated in the city, Jaime and the rest of the Breaking Borders crew have embraced education and community development for the sake of the neighborhood’s positive transformation. He likes to leave his guests with these simple words: “Today, we’re rapping and singing instead of robbing.”