New Zealand has some of the most pristine scenery in the world. Snow-capped mountains, wild beaches, fjords, and excellent opportunities to spot wildlife make the country a great destination for those who love spending time in nature.

Kayaking is an ideal way to explore the coastline, lakes, and waterways of the country. From the mountains of Milford Sound to the turquoise waters of the Abel Tasman Sea, kayakers get to see things from a unique perspective. Here are seven of the most beautiful places to go paddling in New Zealand. 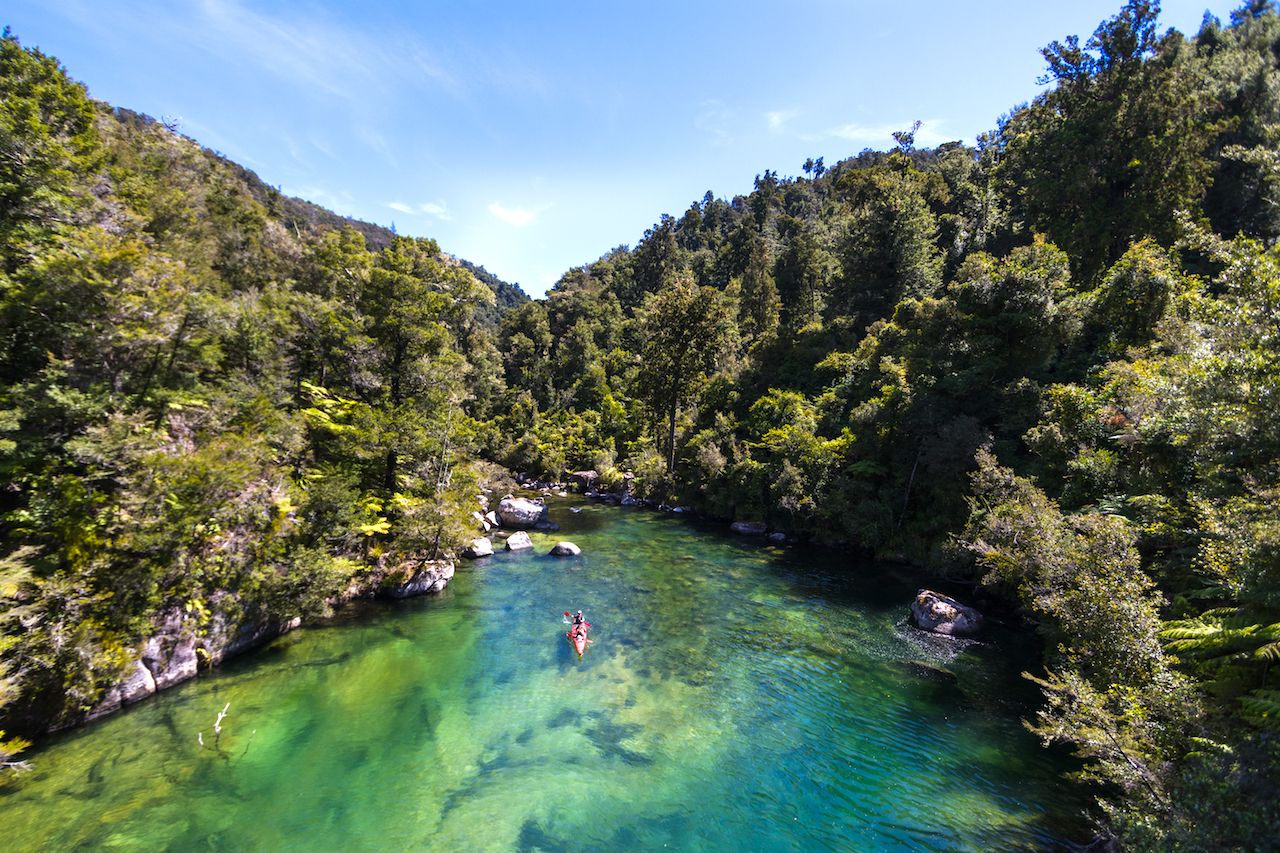 The Abel Tasman Sea, on the north end of the South Island, has some of the best weather in the country. It’s an idyllic spot for kayakers, since much of the area is protected from sea currents and coastal winds. You can spot penguins and seals on the rocks, and there’s a good chance that dolphins will swim alongside you in the clear, turquoise waters.

It’s worth taking a few days to explore the bays and inlets, which are set against a background of lush, subtropical rainforest. Campsites dot the golden sand beaches, with multiple hiking trails behind them. 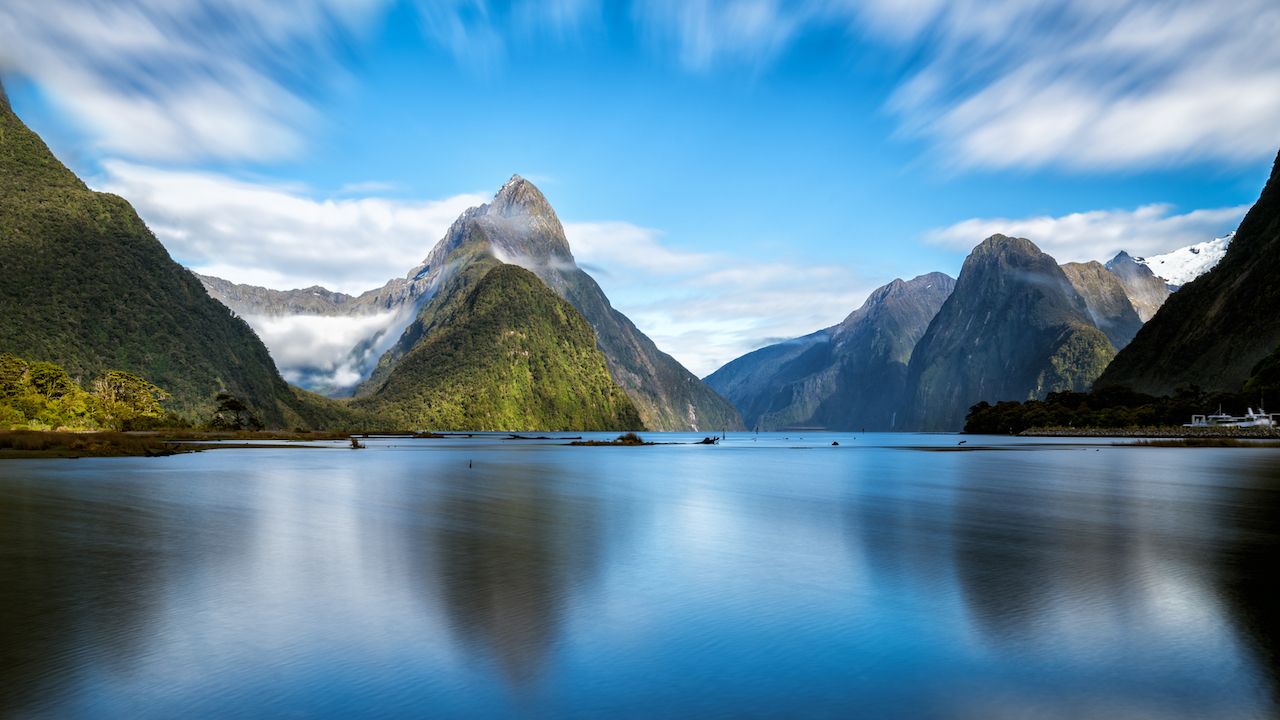 Despite its remote location in the southwest of the South Island, Milford Sound is one of New Zealand’s most popular tourist spots. There’s nothing like beating the crowds with an early morning kayak amongst the towering peaks of the majestic snow-capped mountains.

Waterfalls gush from the fjords and the peaks are reflected in the deep blue waters. The inquisitive nature of acrobatic bottlenose dolphins means that kayakers have a good chance of spotting them leaping out of the water, often at close quarters. The sheer beauty of Milford Sound makes kayaking there as close to a spiritual experience as you could get.

Kayak rentals: The oldest of the kayak rentals outfits in Milford Sound is Rosco Milford Kayaks. 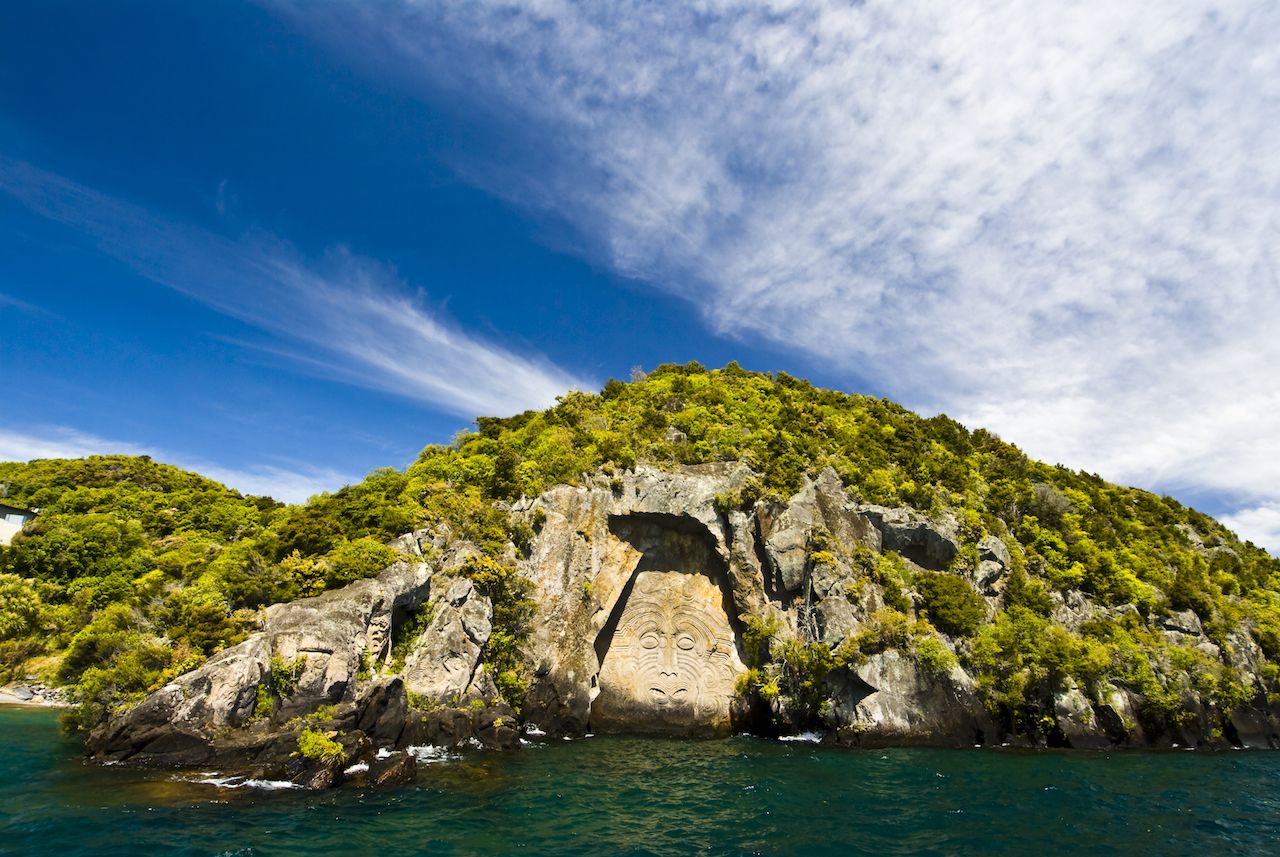 The largest freshwater body of water in New Zealand, Lake Taupo on the North Island, is prime kayaking territory. Several tributaries, among them the serene Waikato River, offer a lot for kayakers to explore. The highlights of a kayak trip here are the Maori carvings etched into the rocks that border Mine Bay, the most notable of which is a 45-foot-tall image of the great Maori navigator, Ngatoroirangi. Smaller carvings nearby include a stone sculpture of a lizard who, according to Maori legend, was a guardian of the lake.

After marveling at the rock carvings and appreciating the wooded scenery, you can stop off for a soak in one of the many hot springs on Waikato River. If it’s a hot day, you might prefer to go for a swim in the refreshing waters of the lake.

Kayak rentals: You’ll find rentals on the lake’s north and south shores. Canoe & Kayak, on the north end, is closer to Mine Bay. 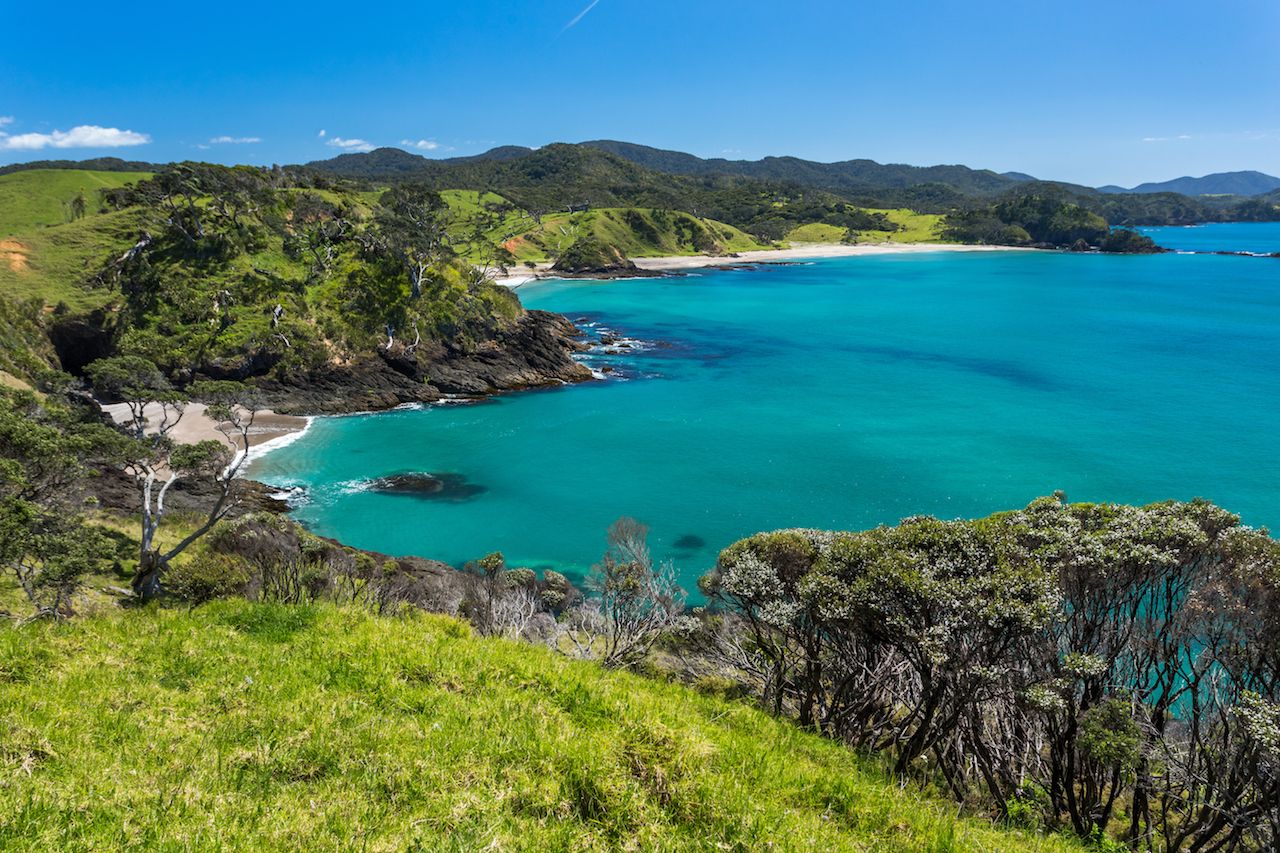 This vast bay at the top of the North Island has over 150 islands, enough to keep kayakers busy for days. Whether kayaking into glowworm caves or floating under waterfalls, you won’t run out of things to do here. Other options are paddling into mysterious caves or onto the beaches of different islands.

When the sea is calm, you can kayak to the Cavalli Islands, a conservation reserve and resting place of the Greenpeace boat, Rainbow Warrior. The beautiful, white sand beach of Matauri Bay is another favorite spot with kayakers. Between November and April, you’re likely to spot bottlenose and common dolphins.

Kayak rentals: Rent to go on your own or opt with a tour from Bay of Islands Kayaking. 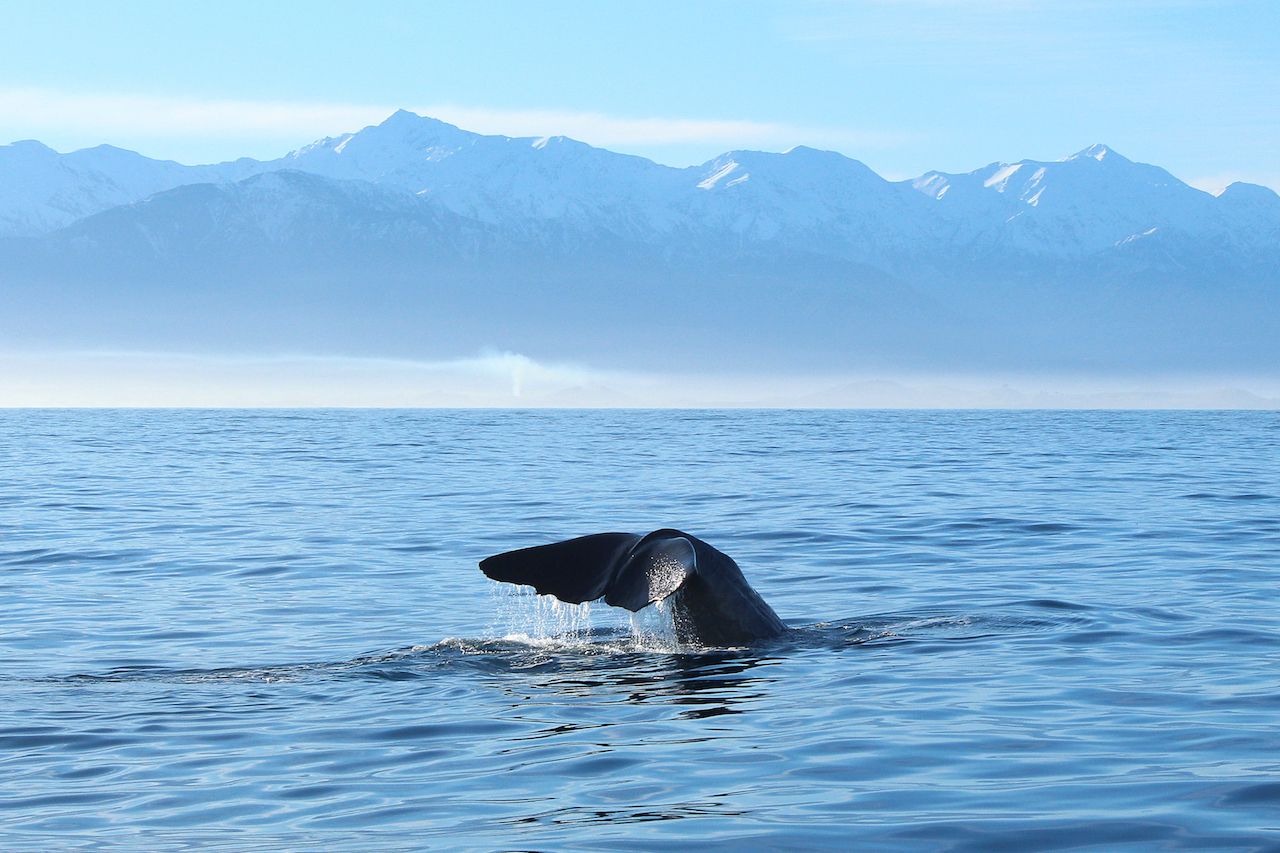 An underwater canyon off the Kaikoura peninsula, on the northwest end of the South Island, provides much of the food that sustains that area’s marine life. Kayakers can paddle in the open waters of the Pacific Ocean, with dusky dolphins swimming alongside them. Seeing fur seals chilling out on the rocks is pretty much a certainty, and, if you’re lucky, you may even catch sight of a sperm whale.

Mountains provide the backdrop to the craggy coastline. Sunset is a particularly magical time of the day to take a kayak out, and several companies arrange tours to do so. 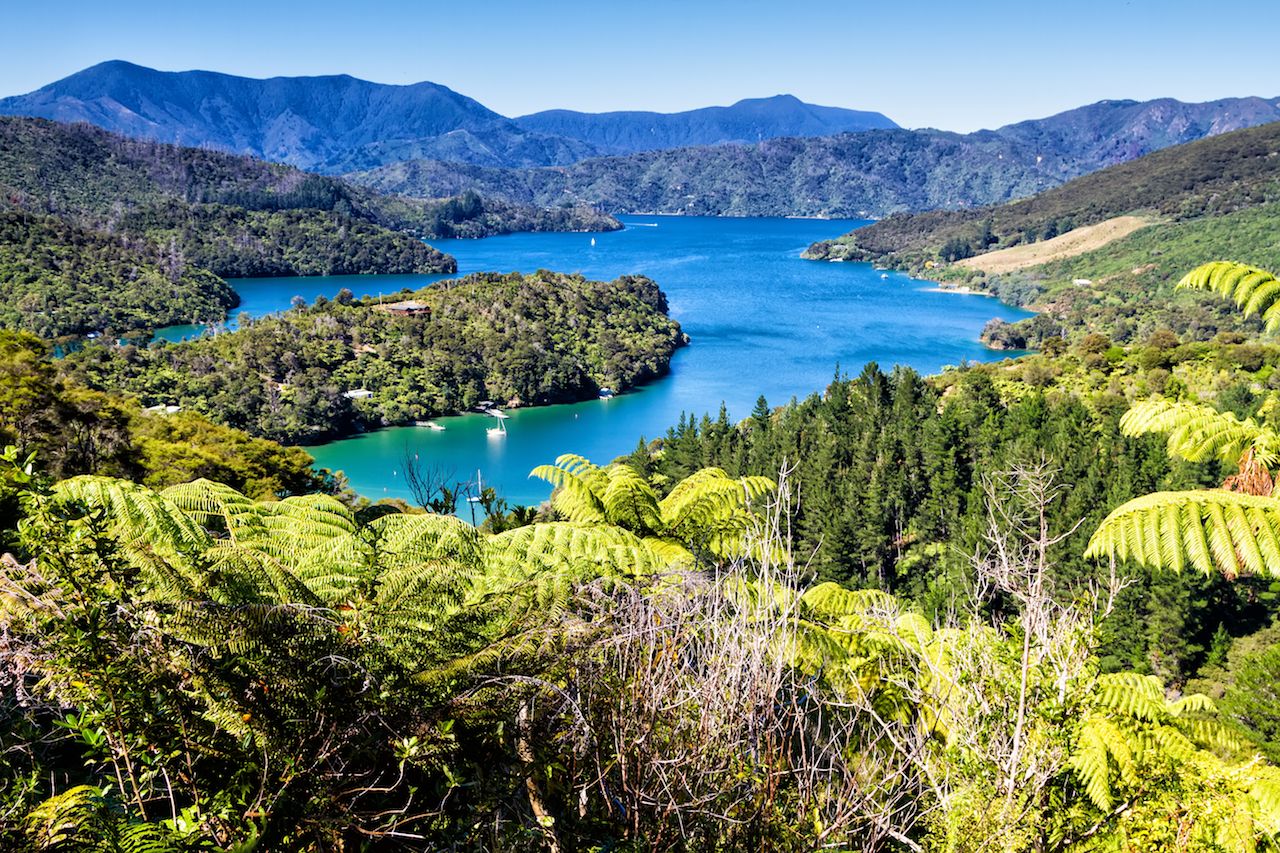 Located on the north end of the South Island, Marlborough Sounds is a collection of sunken valleys. The main bodies of water here are Queen Charlotte, Kenepuru, and Pelorus sounds. The sea here is calm and its color appears to constantly change from emerald green to aquamarine and every shade in between.

Kayaking around the headlands reveals lonely beaches and sheltered bays, with campsites scattered along the coastline. In addition to seals and penguins, sightings of Hector’s dolphins are common. In the winter, orcas visit the sounds to hunt for stingrays, which you can usually spot when kayaking in the shallows. 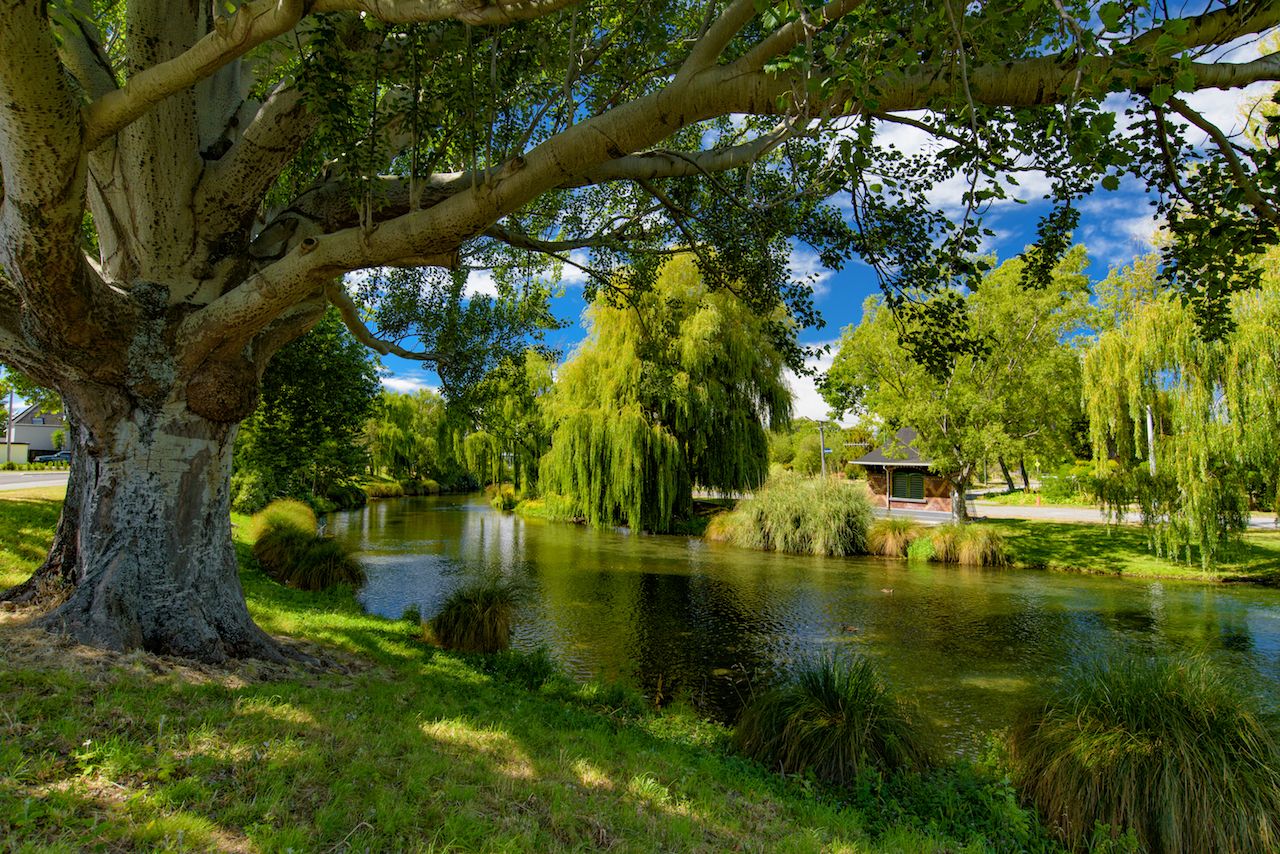 For a kayaking adventure that’s a little less wild, try gliding through Christchurch, the South Island’s largest city, on the Avon River. The river meanders through the leafy city all the way to the sea at the Avon Estuary. From the botanical gardens, the river winds its way through the city center to the abandoned red zone, an area hit badly by an earthquake in 2011. From there, the river continues through leafy suburbs to the estuary with views of Port Hills, until it reaches the mouth of the sea.

It’s a tranquil paddle, which takes about four hours, and perfect for beginners. You’ll see Canadian geese, ducks, and black swans along the route, and riverside pubs make perfect pit stops for a refreshing drink and a bite to eat.