Often found in churches and mosques, mosaics seem like a simple art in practice — after all, they’re produced by assembling small bits of tile, glass, ceramic, or stone into patterns and pictures — yet on a grand scale, the result is a stunning visual display. From Uzbekistan to Iran, check out some of the most beautiful mosaic works around the world to spice up your bucket list with a bit of artistic intrigue. 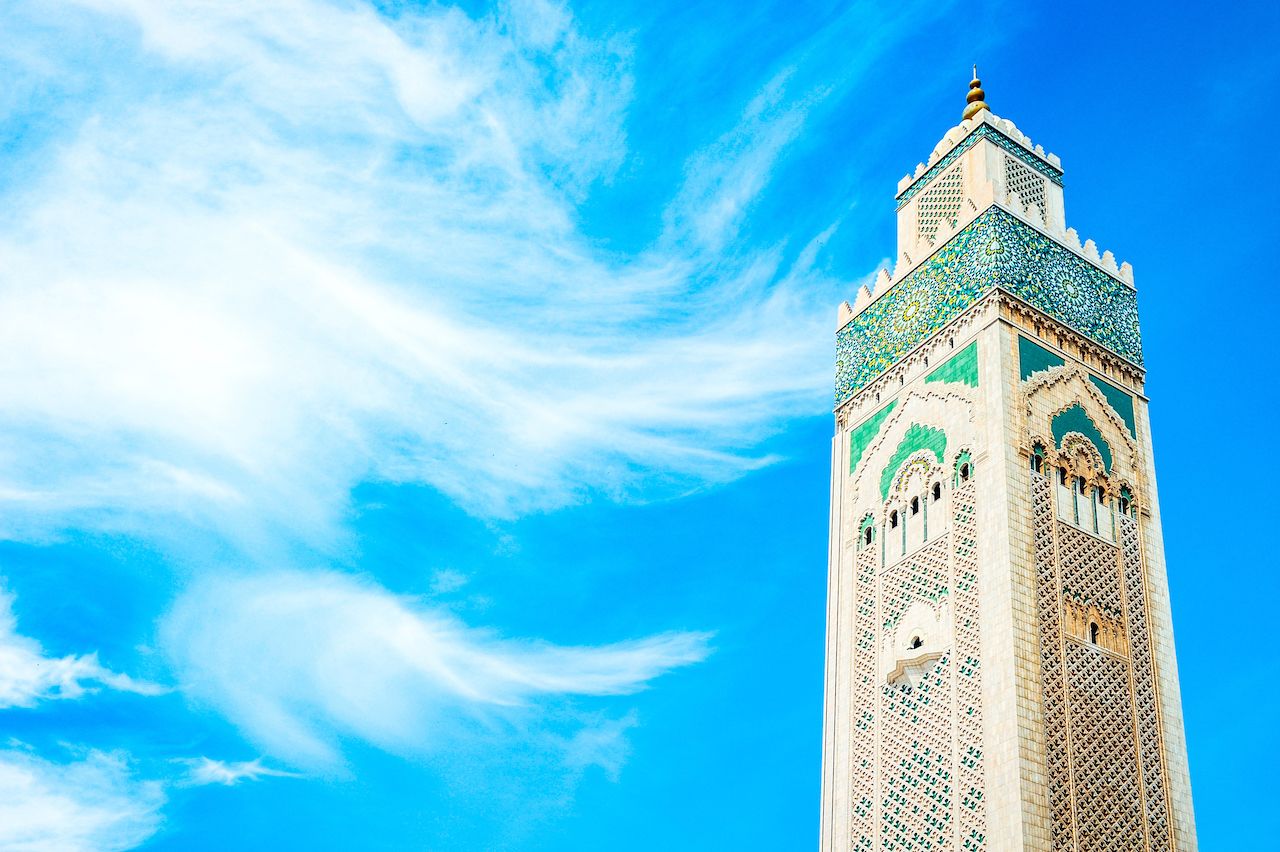 The Hassan II Mosque is the largest in Morocco and also features the world’s largest minaret, which towers nearly 700 feet. Construction took seven years and 10,000 craftsmen, and the top is adorned with hundreds of shades of blue and green tiles arranged in traditional Islamic patterns. 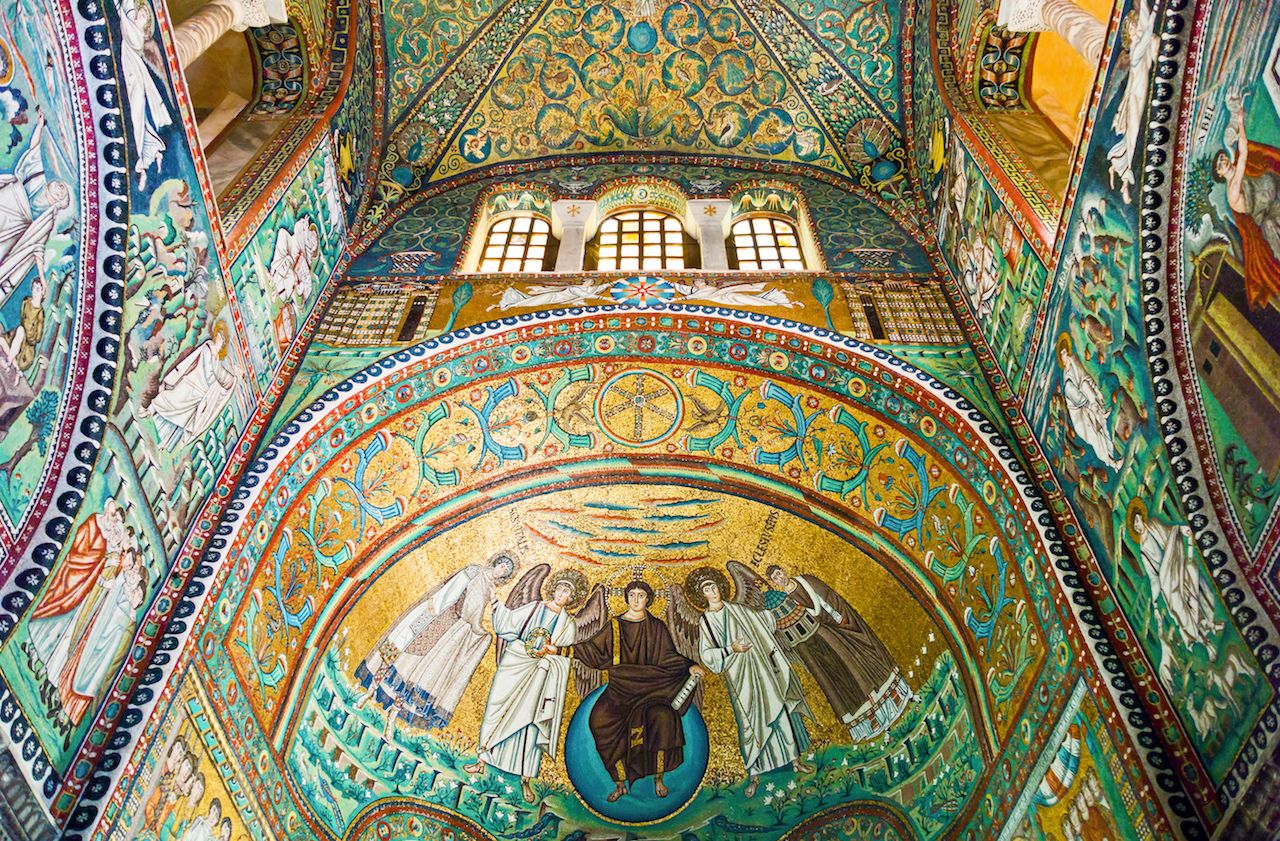 Italy is the land of jaw-dropping mosaics. In addition to the spectacle of St. Peter’s Basilica in Vatican City, the interior of the Basilica of San Vitale in Ravenna is adorned with a series of mosaics depicting various scenes from the Old Testament, such as the story of Moses and the Burning Bush and the lives of Abel and Cain. Rich in symbolism, the mosaics are some of the most elaborate in the world and are comprised of rich colors and abundant gold, making for a stunning display. 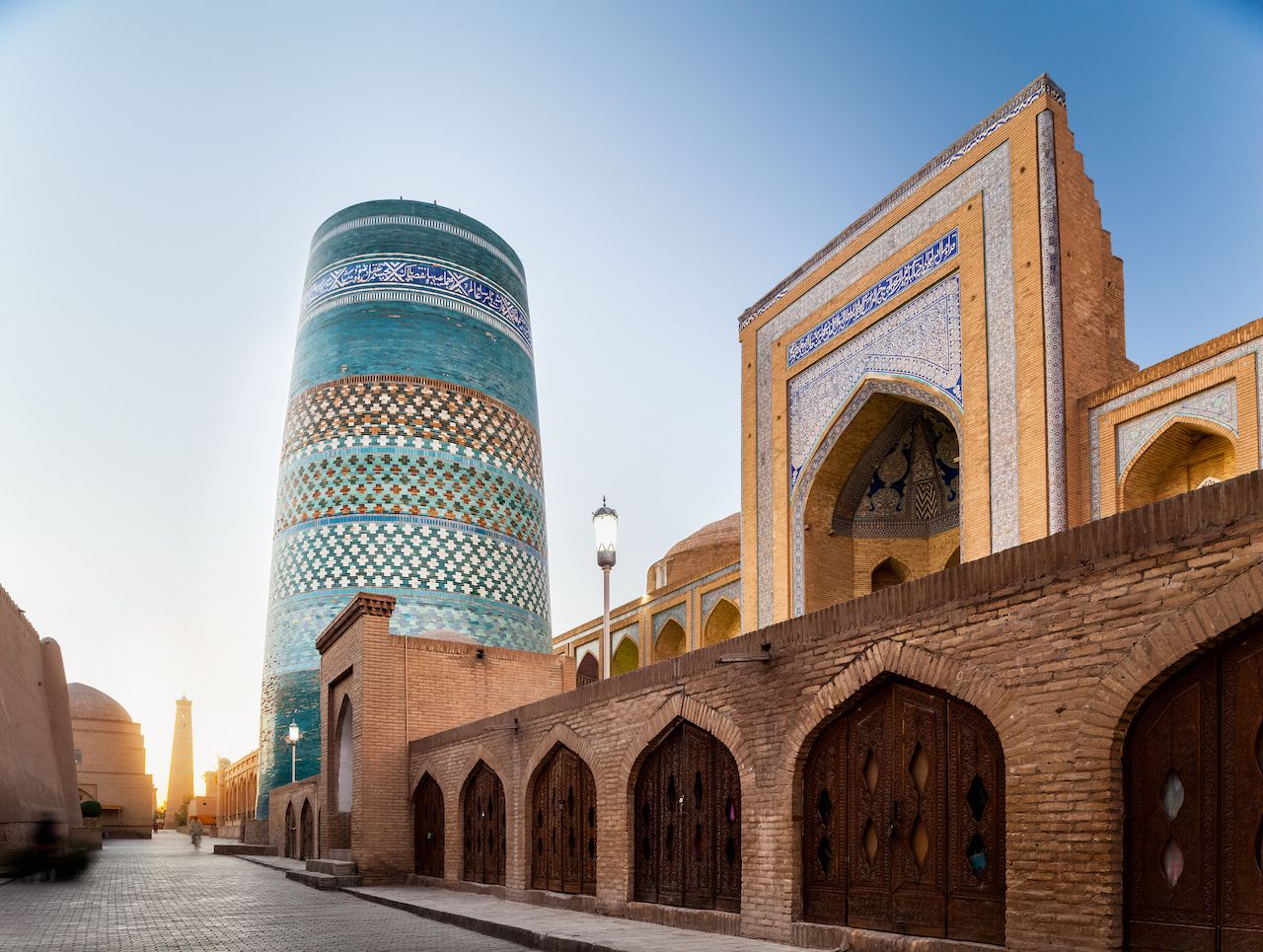 The barrel-shaped Kalta Minor minaret towers high over the neighboring Sayid Alauddin Mausoleum. Its entire surface is adorned with glazed tile and majolica, a type of pottery, in hues of bright turquoise and deep azure. The minaret was originally planned to be much taller, but the ruler in charge of the process was killed and construction ceased upon his death, so the tower remains “unfinished” — albeit eye-catching — to this day. 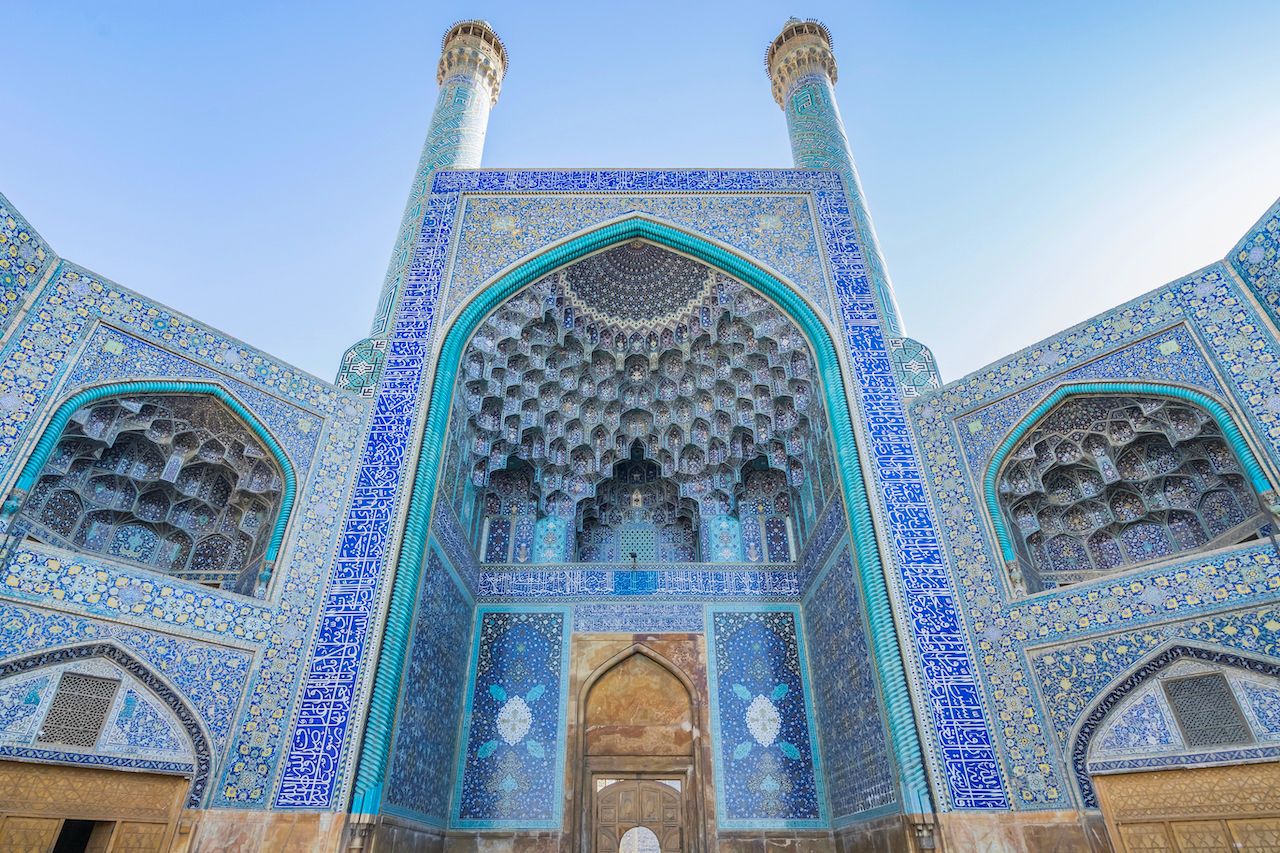 An architectural marvel, Isfahan’s Jāmeh Mosque dates all the way back to the 700s but has been continually expanded and modified through the centuries. Decorative tile and brickwork coat the four gates, and one of the most distinctive elements of the mosque is its archway of honeycombed muqarnas, which add depth and texture to the vaulted ceilings. 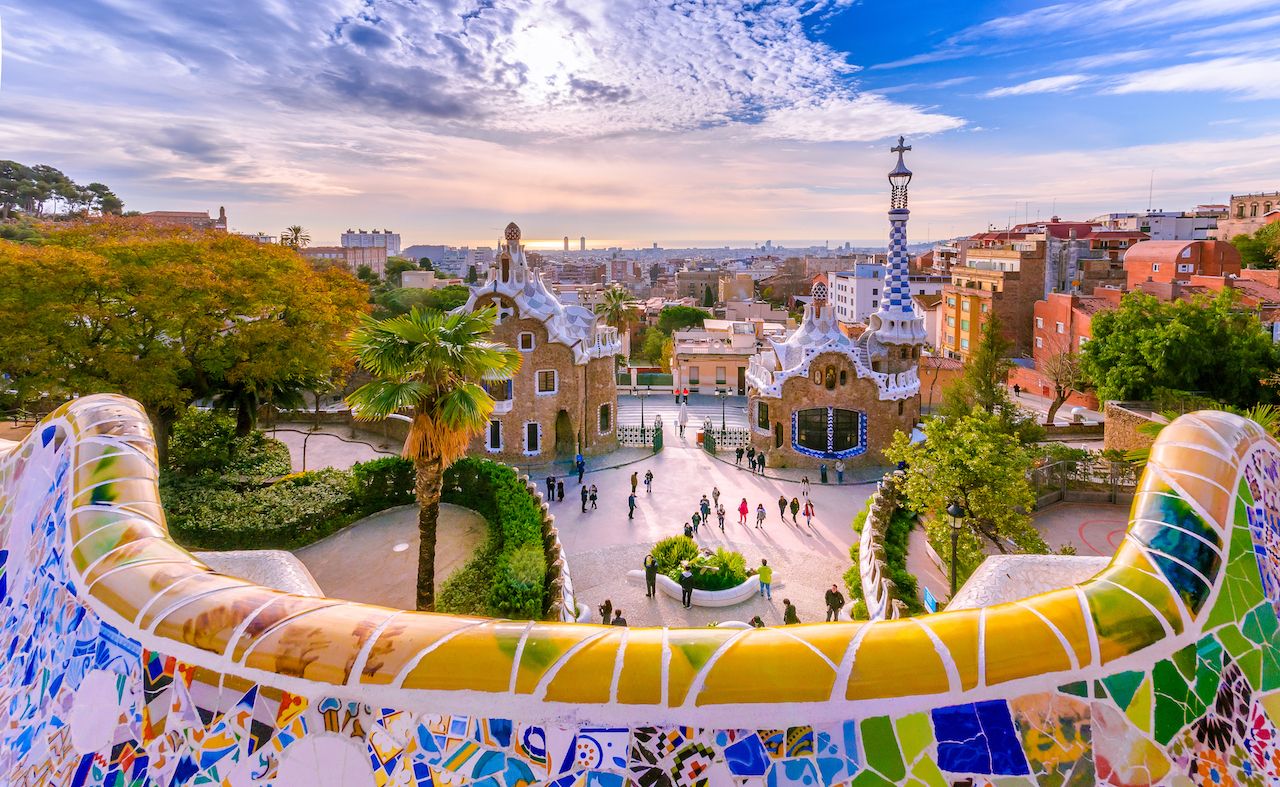 Arguably architect Antoni Gaudí’s greatest masterpiece — though it faces stiff competition from the still-under-construction Sagrada Familia — Parc Güell is a winding public park in Barcelona. Dating back to the early 1900s, Parc Güell’s highlights include gardens, viaducts, stone colonnades, and structures that resemble larger-than-life gingerbread houses. Thousands of mosaics color the entire park, coating everything from roofs to ceilings to elongated benches to animal shapes like lizards and dragon heads. 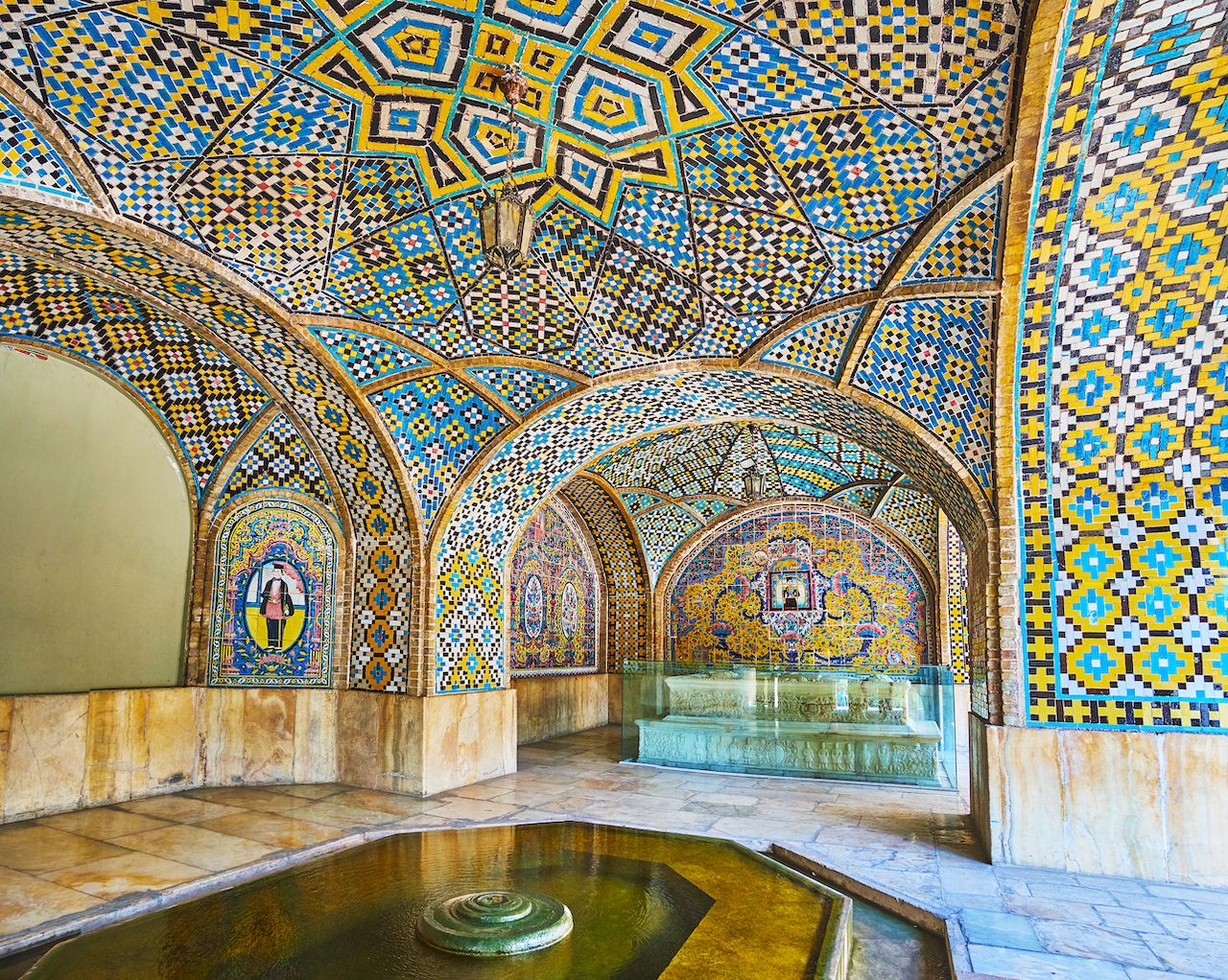 Tehran’s lavish Golestan Palace is actually a sprawling complex consisting of 17 buildings from palaces to museums and halls. Multi-colored tiles adorn the walls and ceilings of the Pond House, which was used as a summer chamber during the Qajar dynasty and pumped water through small ponds in order to cool the rooms and irrigate the gardens. 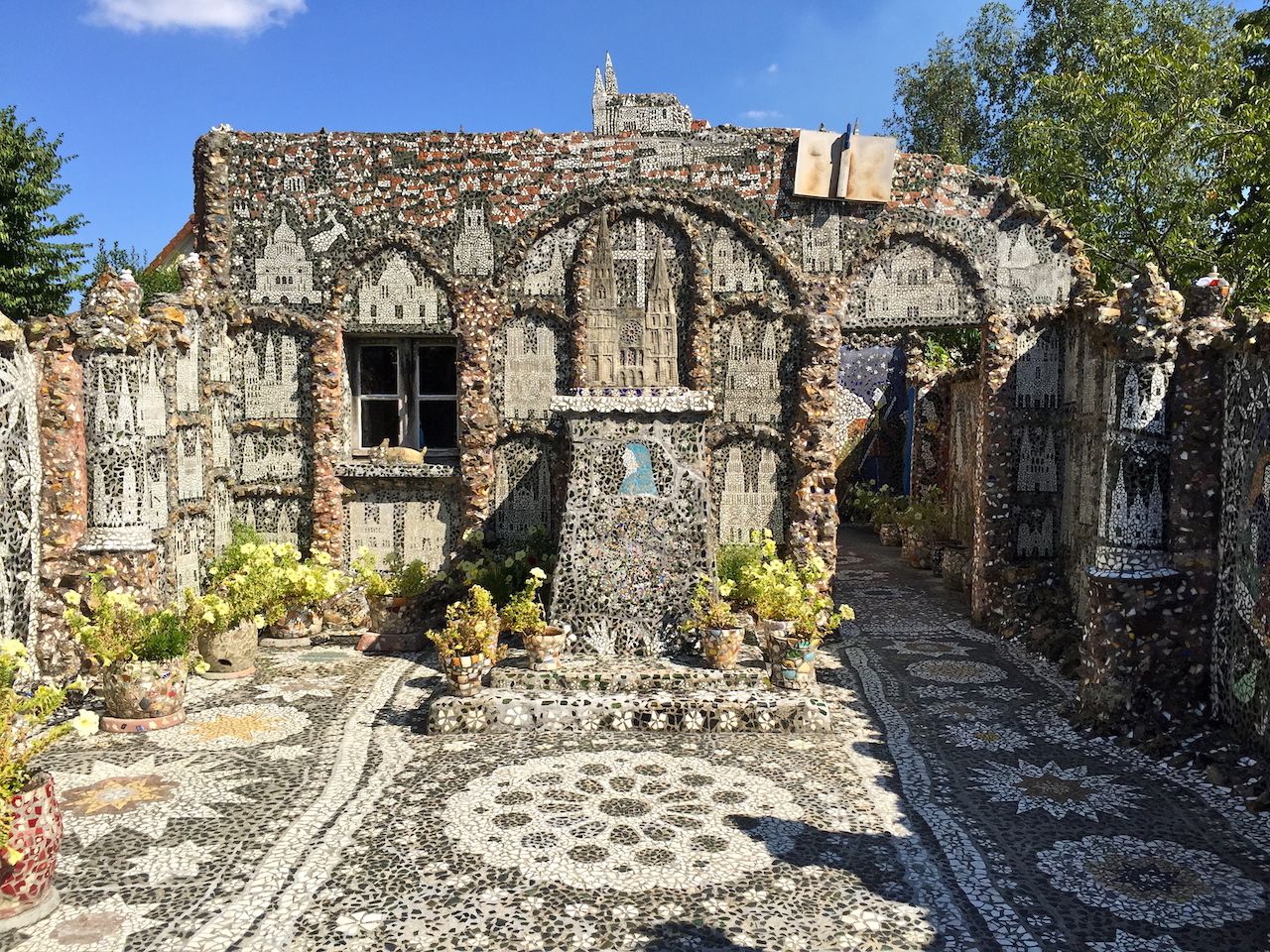 France’s La Maison Picassiette is an entire house and yard of mosaics, collected and assembled by a graveyard sweeper between the years 1938 and 1964. The mosaics that cover every visible inch of the house — inside and out, from floor to furniture — are made from crude elements such as broken dishes and other assorted bits that the sweeper found around the city. The eccentric design is so elaborate that Picasso himself paid the site a visit. 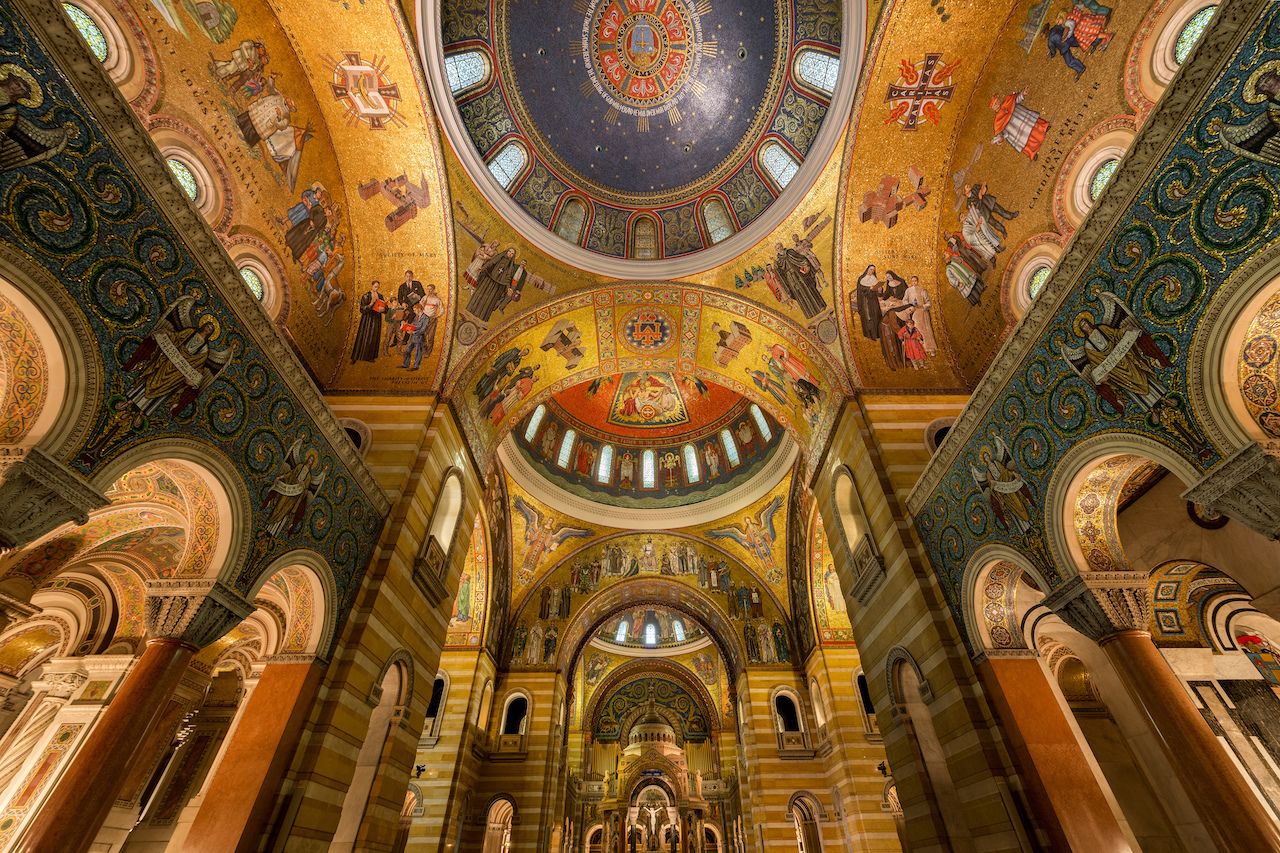 Large domes, vaulted roofs, and massive archways draw the eyes heavenward at the Cathedral Basilica of St. Louis, where thousands of colorful tiles depict scenes from the Bible. According to the cathedral, the mosaics “were designed to teach all of us that God reaches into our earthly lives.” 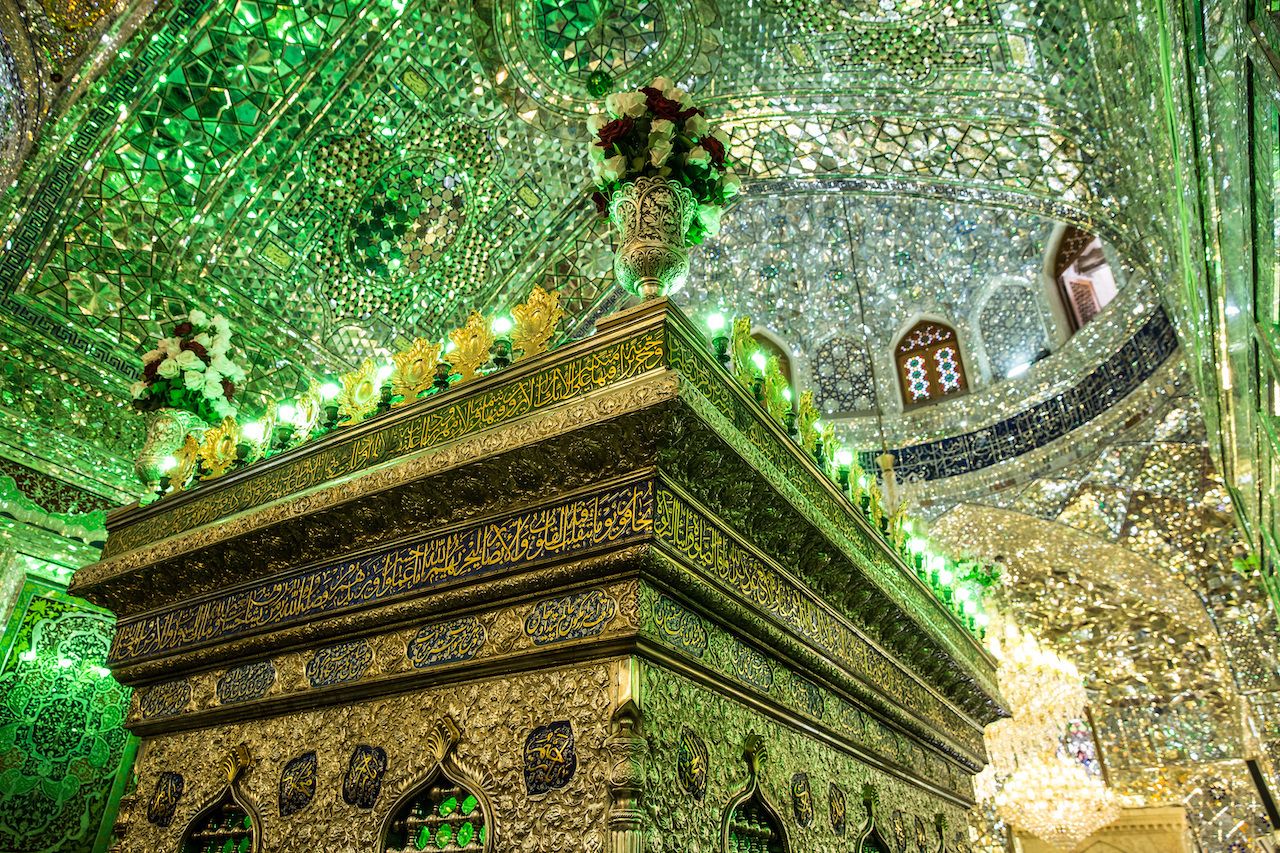 Nicknamed the “mirror mosque,” Shah Cheragh is actually a somber funeral monument and serves as a pilgrimage destination for Shia Muslims. Thousands of fractured mirrors and shards of glass cover the interior of the mosque from floor to ceiling, creating a brilliantly lit spectacle.