Although the world is generally a safe place, and strangers are often more kind and well-meaning than evil, there are locations where travelers typically shouldn’t venture, places ravaged by wars, terrorism, civil unrest, or violent crime. But lack of safety hardly means that these risky nations have nothing to offer but conflict and despair — like every other place in the world, they are home to stunning natural beauty, fascinating history, unique culture, and impressive architecture. With that in mind, we’ve used International SOS to identify seven nations deemed some of the most dangerous places on Earth and highlighted their best features for travelers to admire — with the hope that one day, they can see them in person. 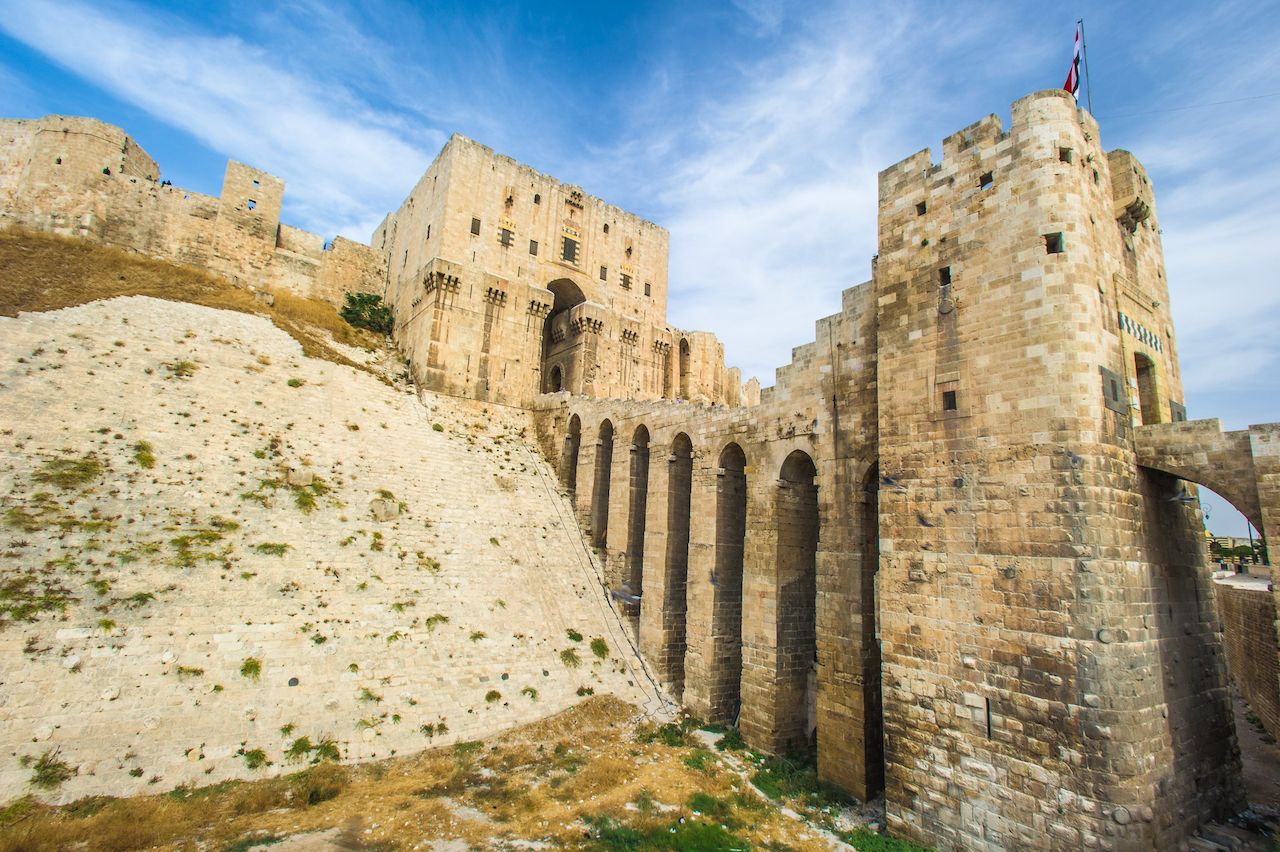 Syria has been gripped by a deadly civil war since 2011. Before the conflict between pro and anti-government forces began, Aleppo was Syria’s largest city and its main industrial and financial hub. But by July 2012, the war had split Aleppo in half, with the rebels occupying the east and government forces controlling the west. Fierce fighting raged for four years before the government launched a series of decisive incursions and drove the rebels out. While the scars of war are all too visible across the city and its UNESCO World Heritage-listed old town, beauty can still be found here — not least in the Citadel of Aleppo, a vast fortified palace that dominates the city’s historic center and that was once a busy tourist attraction.

Much of the current-day citadel dates back to the Ayyubid dynasty of the 12th and 13th centuries, but the 100-foot high limestone hilltop site has been historically significant since at least the middle of the third millennium BC. Although the citadel came under heavy fire during the civil war — with government troops using it as a military base — and sustained significant damage, the striking structure still remains, its fortified entrance as imposing today as it was over 800 years ago. 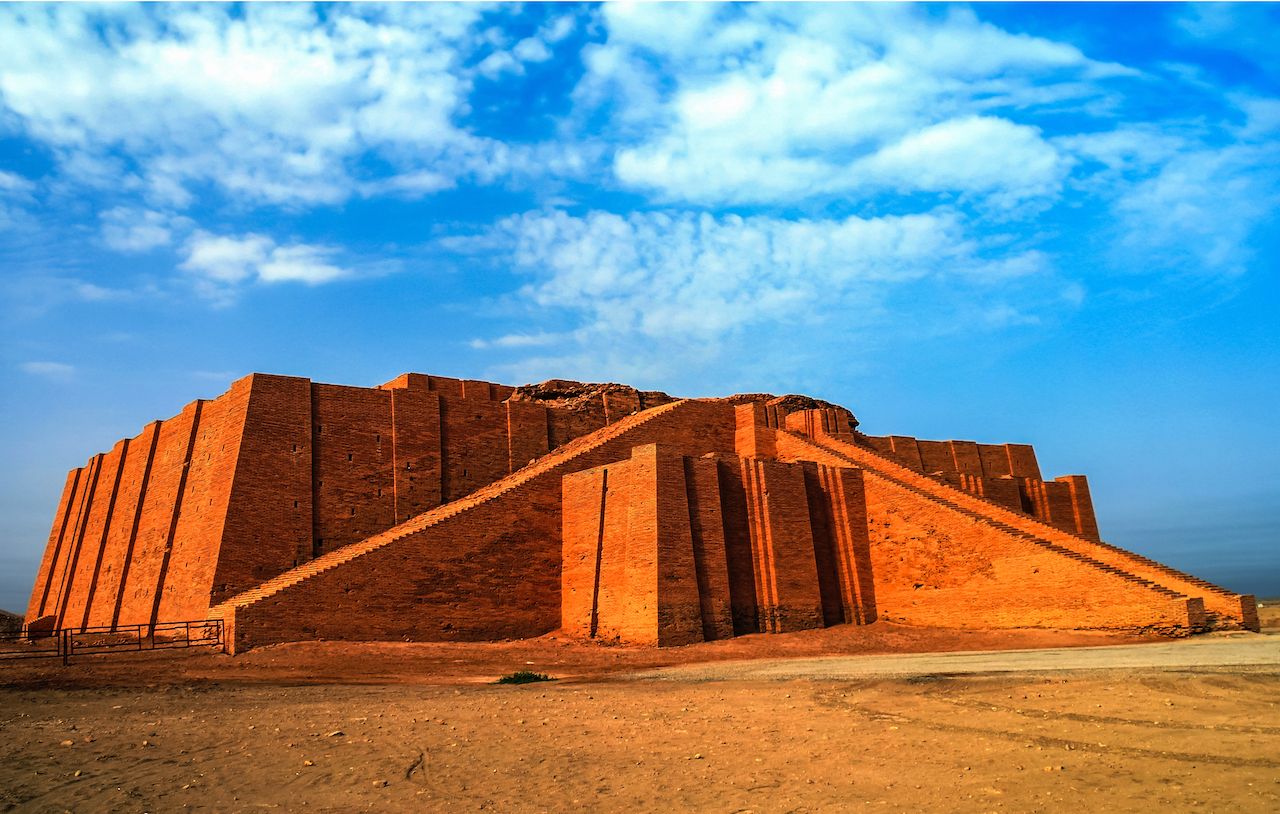 Iraq has endured near-constant violence ever since the US-led invasion of 2003. American troops were officially withdrawn in 2011, only to be redeployed in 2014 to counter the cross-border spread of the Syrian Civil War and the growing presence of Islamic State militants. The terrorist group may have lost substantial tracts of territory since its 2014 peak, but Iraq remains highly unstable. But as well as being one of the most dangerous places on Earth, Iraq remains one of the most historically important — not by chance is the fertile land bordered by the Euphrates and Tigris rivers often referred to as “the cradle of civilization.”

Of its many cultural treasures, arguably the most striking is the Ziggurat of Ur, an immense mud brick pyramid-like structure topped with a temple dating back to the 21st century BC. By the sixth century BC, 1,500 years of history had begun to take their toll on the Ziggurat, and Neo-Babylonian King Nabonidus had the structure restored. In the 1920s, the site was entirely excavated and “rediscovered” by archeologists. In the 1980s, the Ziggurat was partially reconstructed under the rule of Saddam Hussein. Some remains of the original temple can still be seen atop the ziggurat’s 70- to 100-foot walls, but the structure has been damaged in the recent war. 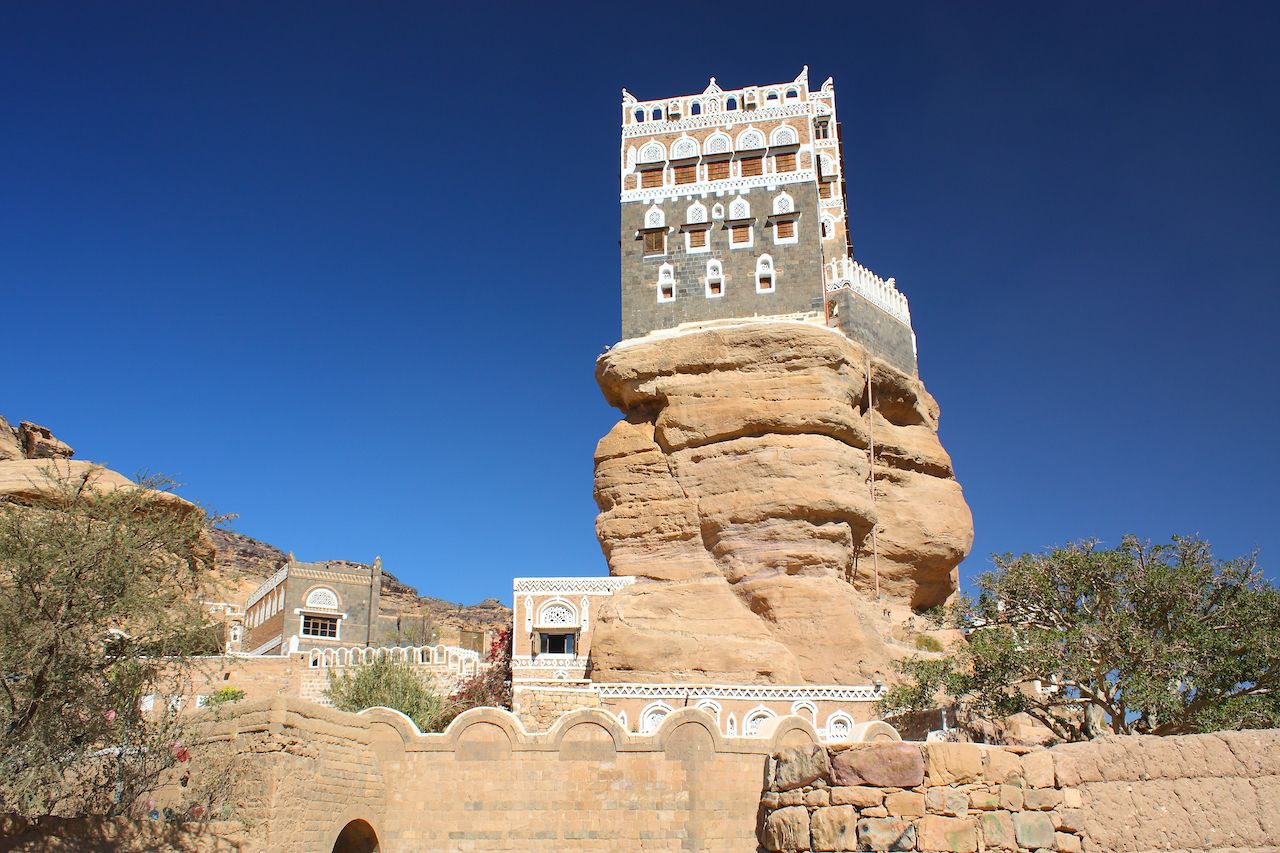 The UN has described the ongoing conflict in Yemen as the world’s largest humanitarian catastrophe. In 2018, the Human Rights Watch reported that at least 6,872 civilians have been killed in the violence and that 14 million people remained at risk of starvation and death in the country. While Yemen suffers greatly from the armed conflict, it is still home to natural and man-made beauty, like the Dar al-Hajar palace. Perched precariously atop a tall natural rock spire, Dar al-Hajar was built by an Islamic spiritual leader in the 1930s. The main structure is five storeys tall, but various outbuildings cling to lower reaches of the rockface. While the interior is undeniably impressive, incorporating grand appointment rooms, kitchens, and a warren of corridors and stairways, the star attraction is undoubtedly the view of the exterior, which looms over the surrounding valley floor. 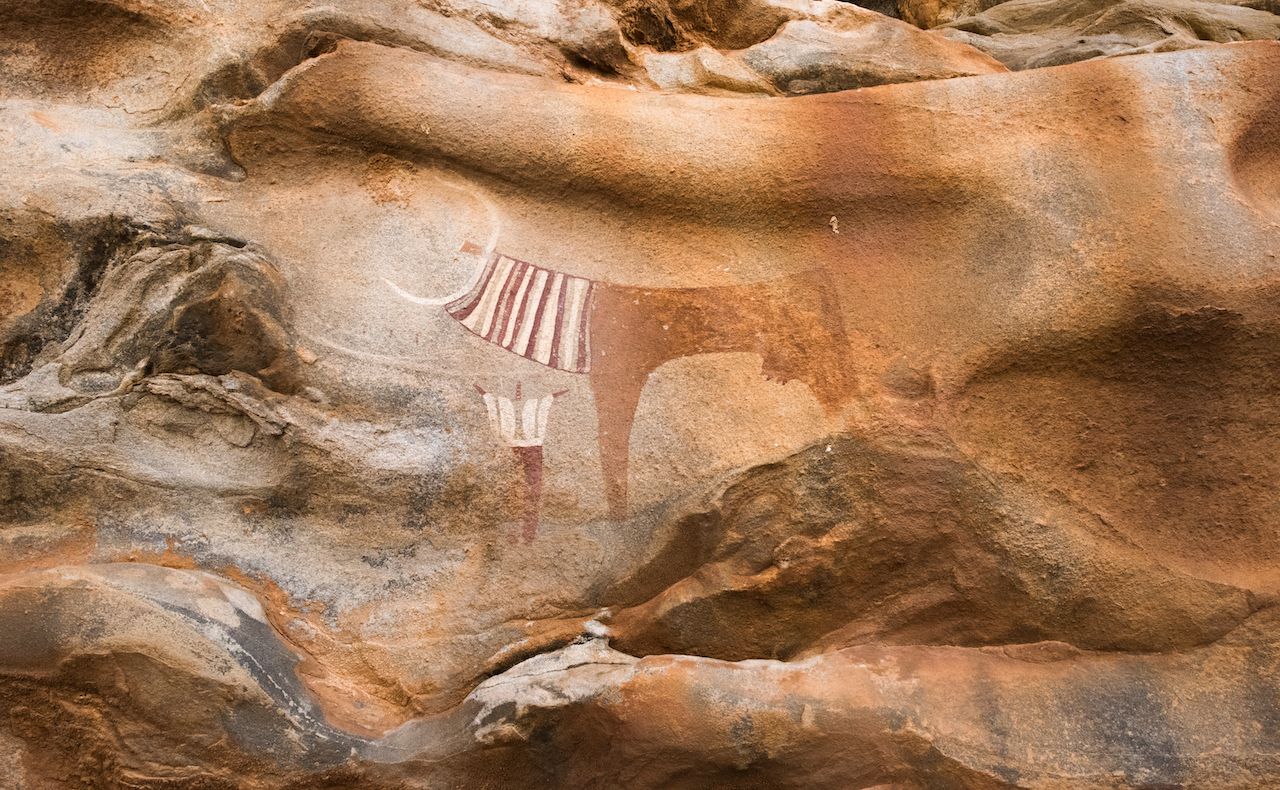 Somalia is second only to war-torn Yemen on the Fund for Peace-produced Fragile States Index. Infighting, terror attacks, and recurring droughts have led to an extreme humanitarian crisis and hundreds of millions of displaced Somalis. Yet, as with every country on this list — and, indeed, every country in the world — Somalia deserves more than to be viewed from such a one-dimensional perspective. Among its extensive cultural heritage is Laas Geel, described by the British Museum as one of the region’s most important rock art sites, and also the oldest. Dated by archaeologists to the mid-fourth to mid-third millennia BC, the colorful paintings that adorn the granite rockface depict human figures alongside groups of up to 15 cows. As such, they provide some of the oldest evidence for cattle domestication in the Horn of Africa. 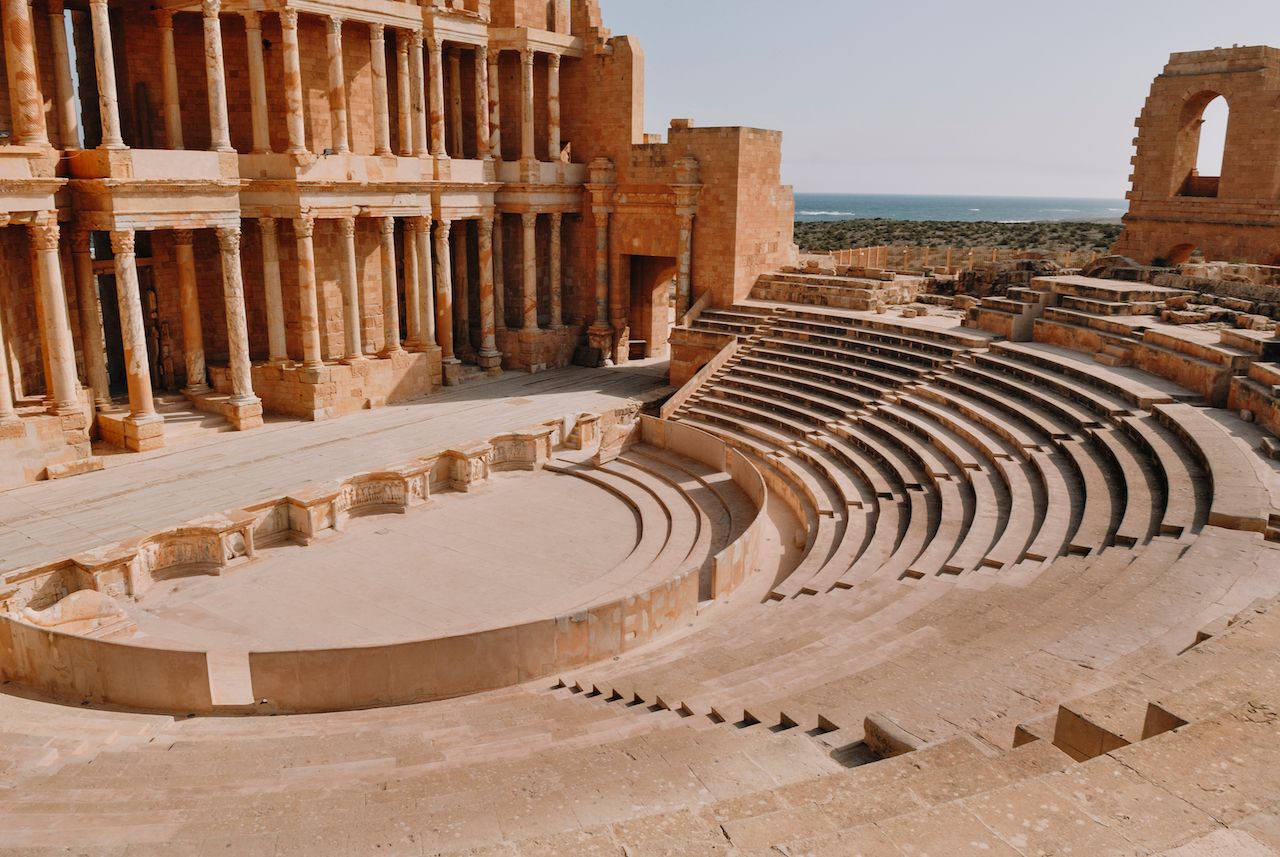 Since the overthrow of dictator Muammar Gaddafi in 2011, Libya has been the site of a violent struggle for power involving rival governments, many armed groups, and the support of foreign nations. The conflict has been crippling the national economy, killing thousands, and causing around 200,000 Libyans to be internally displaced. The ongoing crisis is made all the more tragic when considered alongside the country’s rich cultural history. Libya is home to five UNESCO World Heritage sites, including the remarkably preserved remains of Leptis Magna — described by the organization as “one of the most beautiful cities of the Roman Empire.”

While Leptis Magna is full of large, spectacular structures, including a racecourse measuring 1,500 feet in length, and a vast amphitheatre built by the Romans between the first and third centuries AD, it was abandoned in the seventh century and got buried under layers of sand until the site was excavated in the early 20th century. Today, Leptis Magna is in danger of destruction due to the ongoing conflict.

6. The Great Mosque of Djenné, Mali 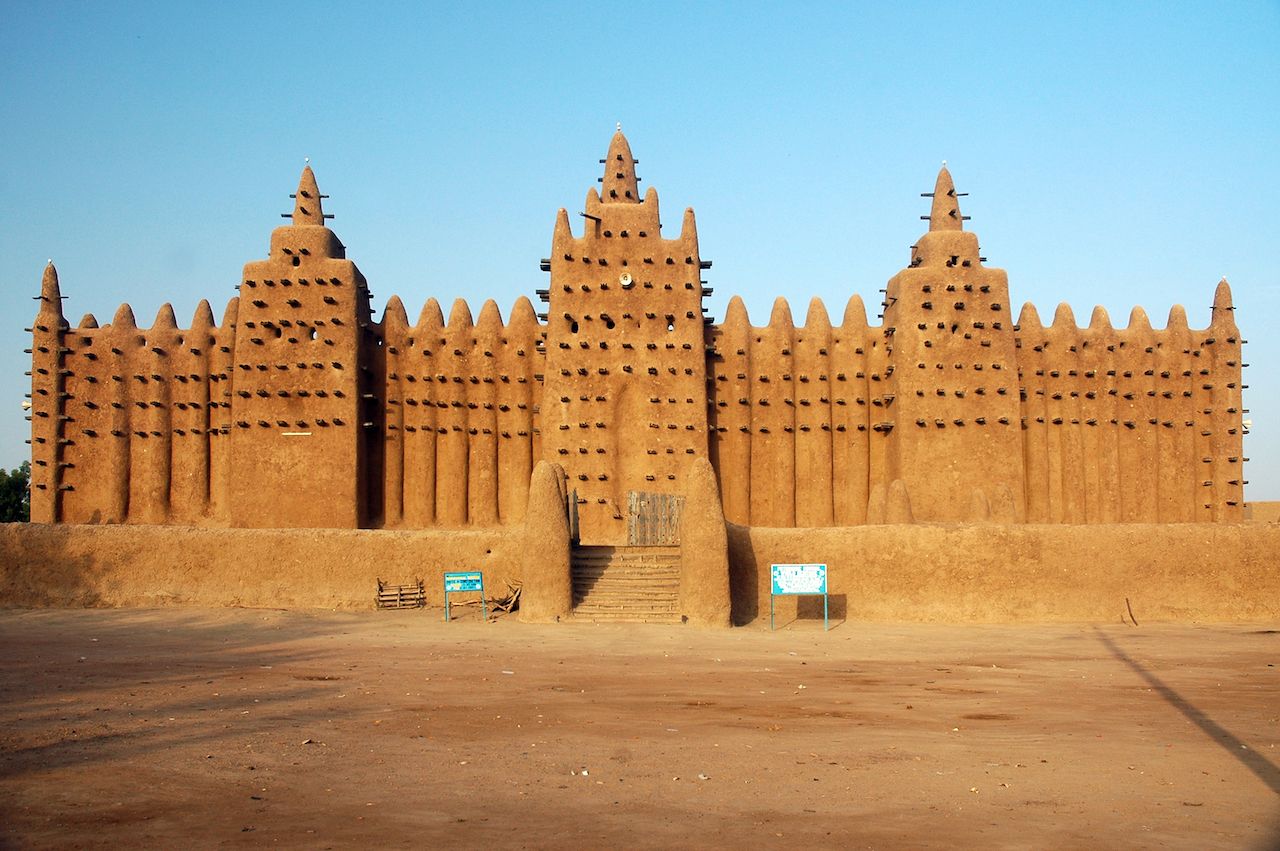 Since 2007, rebel activities (by Tuareg people and Islamic militants linked to al-Qaeda) and terrorism attacks by armed Islamist groups have made Mali one of the most dangerous nations in the world. Despite the political and military instability, the violence, and the severe human rights situation, there’s beauty in the country. In the historically significant town of Djenné, looming over the neighborhoods of traditional low-rise adobe houses, is one of the world’s most unique religious buildings, the Great Mosque of Djenné.

Little is known about the original mosque, which is thought to have been built with local material in the 13th century when Islam was flourishing in the area. Having fallen into ruin from lack of upkeep (a mud-brick building like this one requires regular replastering; nowadays, it is replastered annually), it was replaced in the 19th century, only for this iteration to be demolished and rebuilt in 1907 with the structure that is still standing today. It is unclear to what extent the current-day mosque echoes the design of its medieval predecessor, but as the largest mud-built structure in the world, it is undeniably impressive. 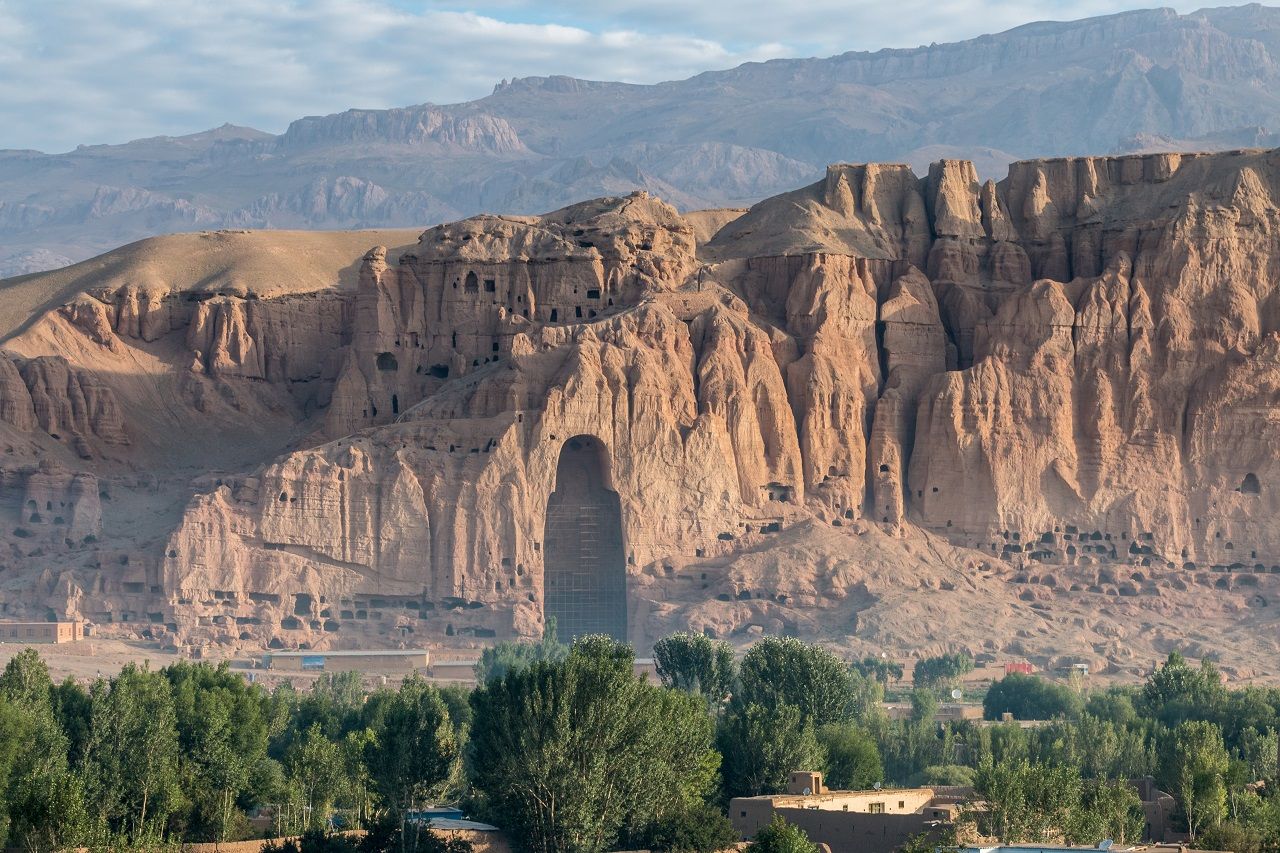 Twenty years after the start of the war, the violence in Afghanistan has yet to burn itself out. But the casualties have been cultural as well as human. In 2001, six months before the 9/11 attacks, the world was horrified by reports that the Taliban had destroyed the seventh-century Buddhas of Bamiyan — a pair of immense statues hand-carved from sandstone cliff faces.

While the Buddhas themselves have been reduced to rubble, the colossal niches in which they stood still exist and are spectacular in their own right. In 2015, a high-powered projector gifted to the Afghan people by Chinese donors was used to display a huge 3D image of the Buddhas into one of the niches. Discussion about the feasibility of rebuilding the statues has been discussed, although the focus is currently on stabilizing the niches.

Art + Architecture7 Historic Treasures Destroyed in Wars That Travelers Will Never Get To See
Tagged
Archaeology Culture
What did you think of this story?
Meh
Good
Awesome