Atlanta, and Georgia as a whole, was late to craft brewing. The state has only allowed alcohol sales on Sunday since 2011, and it wasn’t until 2017 that breweries in Atlanta were allowed to sell beer to customers in tap rooms. Still, a quiet, and then increasingly loud, Atlanta craft beer scene has made the capital of the South into one of the most exciting beer cities in the region.

It started in the 1990s with Atlanta Brewing Company, and then was bolstered by early (for Georgia) to the game players like SweetWater Brewery and Monday Night Brewing. Not to mention a small, but dedicated, group of beer bars dedicated to craft beer.

Today, it’s easy to say that Atlanta is, without contest, the South’s premier beer city. These are the best breweries and bars to get a taste of Atlanta’s brewing scene. 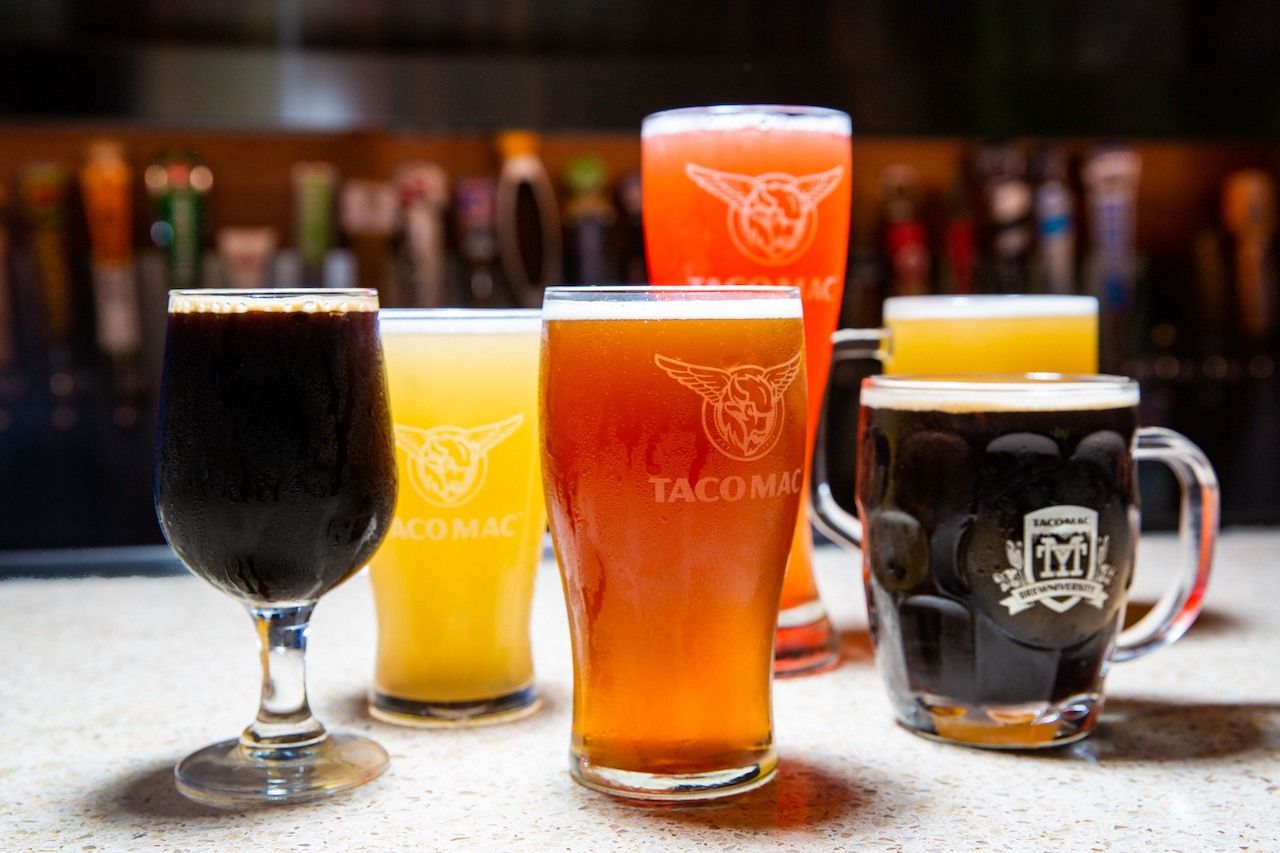 Is this the most original place to go in Atlanta? Not by a long shot. It is, however, a consistently solid place for craft beer from the city, the US, and the world, no matter which of the four locations in the city you go to. There are more than 100 craft beer options served up in Taco Mac’s sports bar atmosphere. Think Buffalo Wild Wings, but even more local and craft beer focused.

A rotating list of more than 30 beers on tap keeps Argosy on the favorites list for beer lovers, but this is a craft beer bar for the people. Visit on the early side for a weekend beer brunch and then come back again for a late-night beer and a snack when you’ll get a personal pizza with your order of two beers. 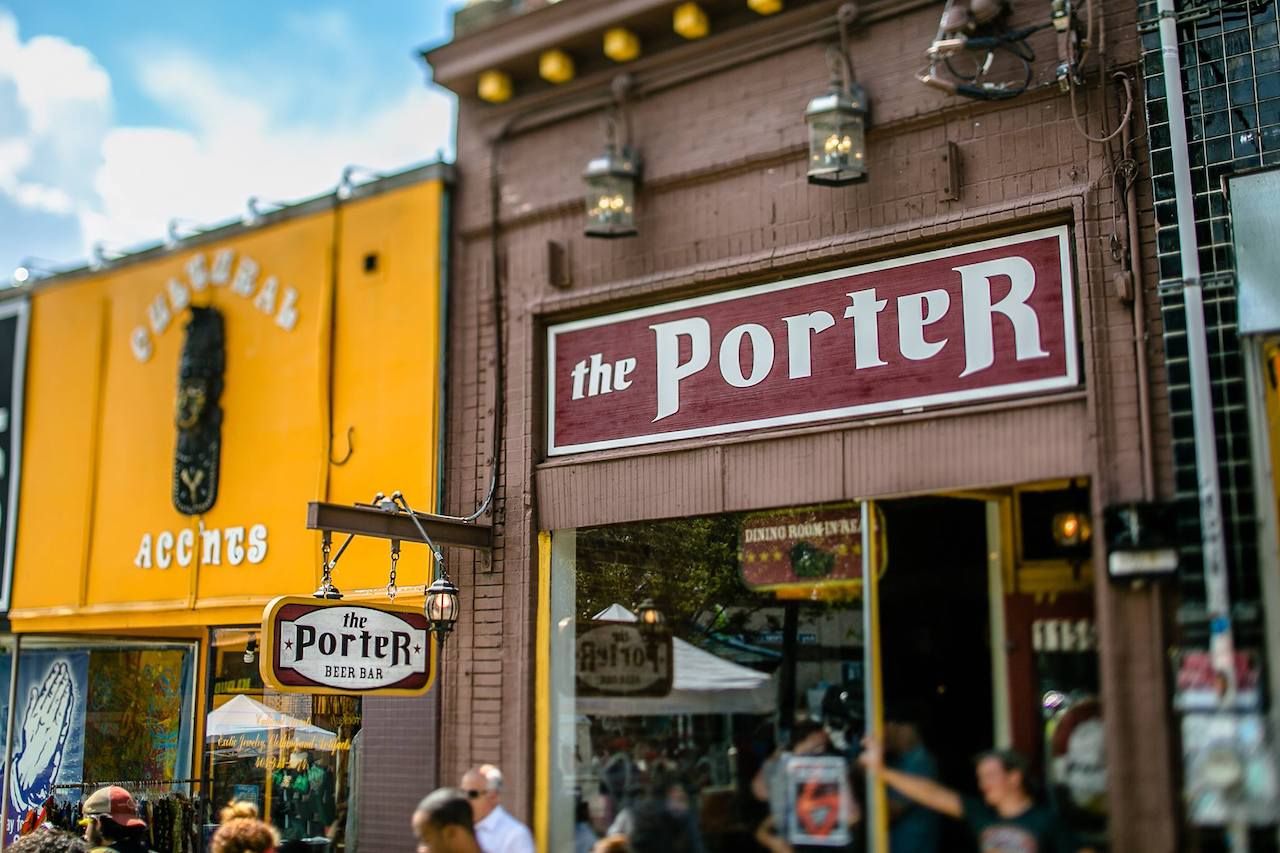 If you’re looking for options, look no further. The Porter Beer Bar has over 400 beer options, and has been satisfying the thirst of Atlanta’s beer drinking public since 2008. In terms of atmosphere, embrace the dark wood and grab the thick beer menu hanging from each table. Make a day of it and order typical pub food when you’re hungry.

Hop City’s Krog Street Market location has a 60-beer tap menu. Order one from the bar then take your time wandering around, eating food from the nearby vendors and browsing the bottles of beer and wine on sale that you can take home. 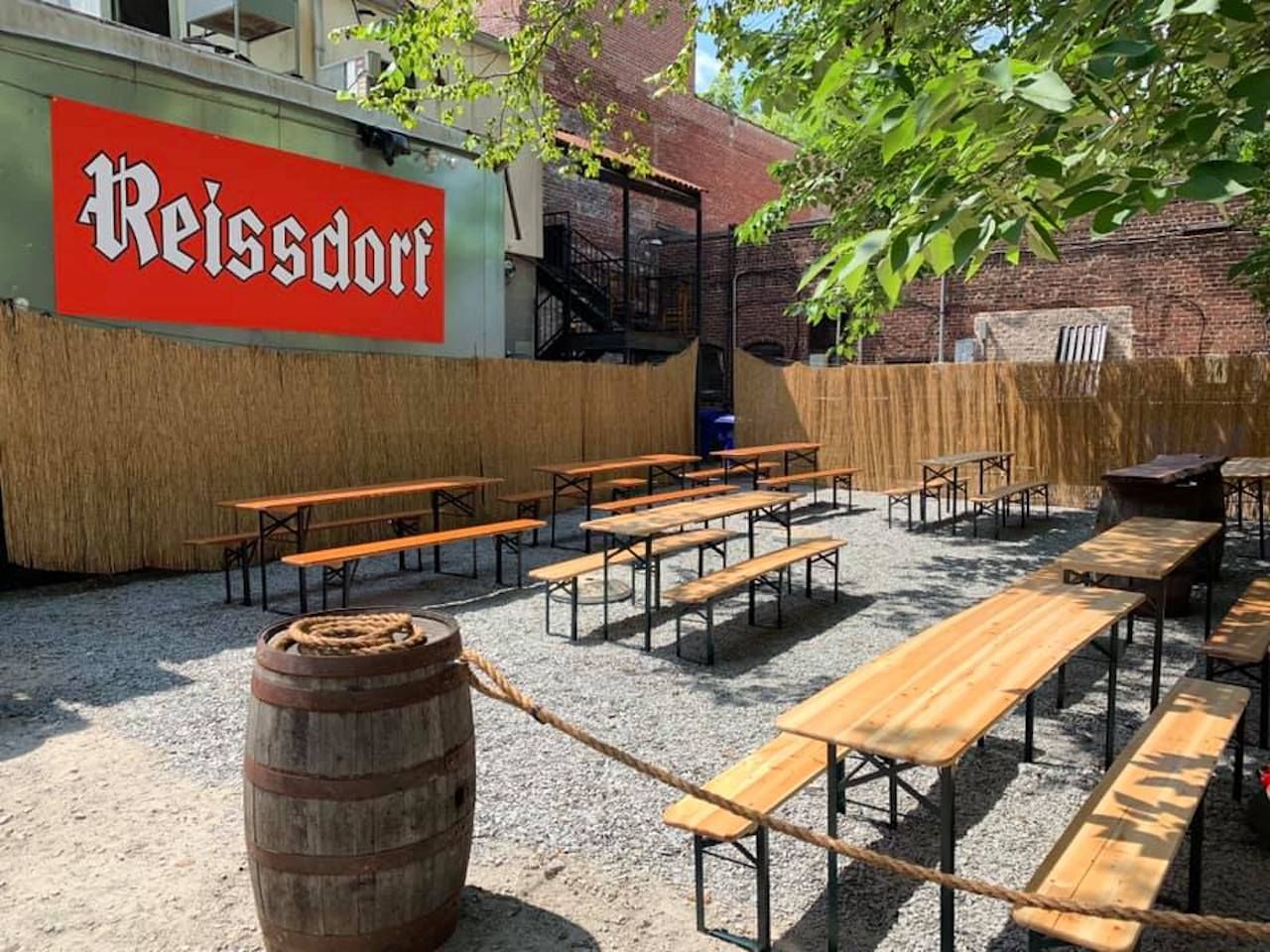 Brick Store Pub is more than just a simple beer bar, and features a large bourbon and whisky selection as well. The building itself dates back to the 1800s and has exposed, as you might guess, brick. The building has history, but the Brick Store Pub itself has its own history as one of the early craft beer locations in the city, opening in 1996. The main bar has craft beers local, national, and international — both hard-to-find ones and craft favorites. Upstairs you’ll find the Belgian Bar, which focuses on Belgian beers and those that try to imitate Belgian beer. 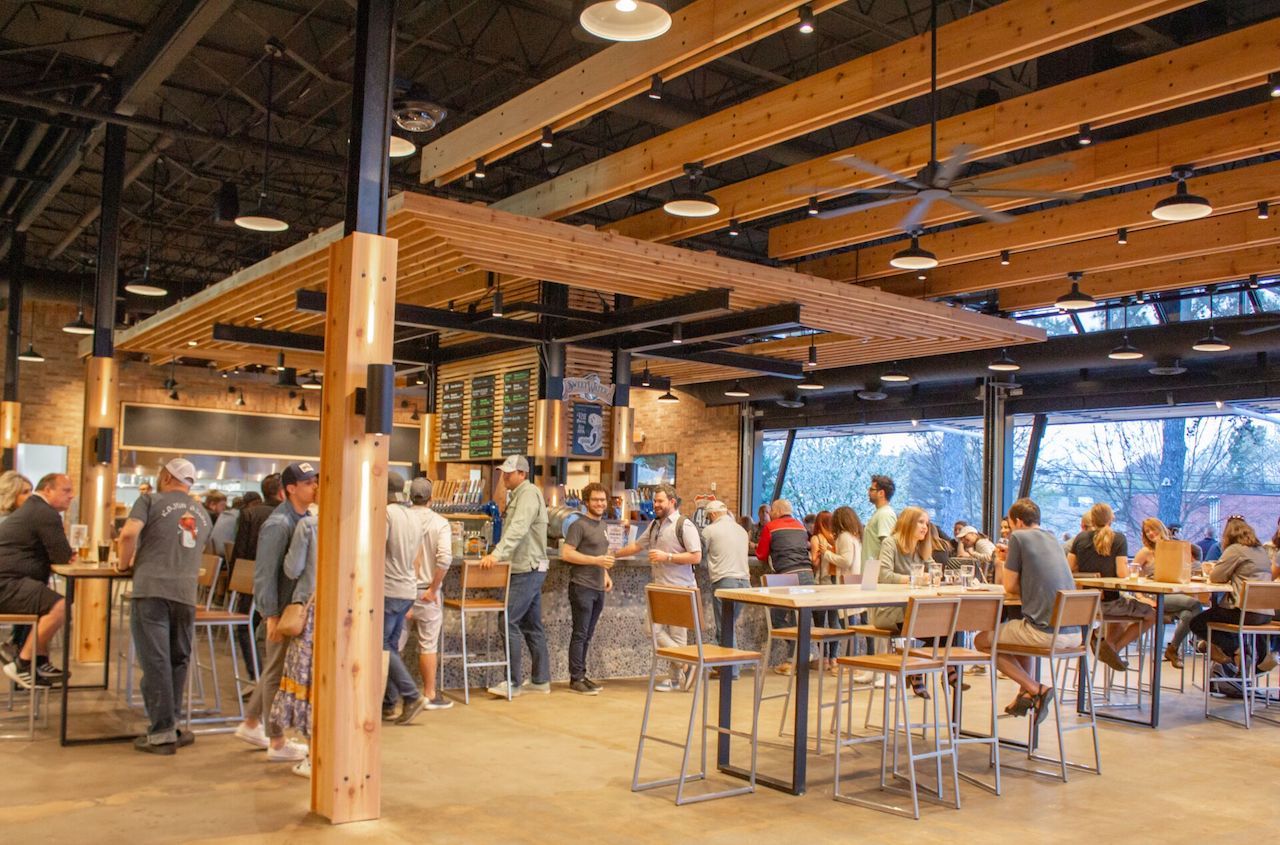 SweetWater is an Atlanta institution. Its SweetWater 420 is the standard for Atlanta craft beer, but it doesn’t rest on its laurels (don’t blame every barbecue and get-together for having 420, because it’s delicious). Even if you’ve tried all of SweetWater’s standard offerings, the brewery is always worth a visit thanks to the Woodlands, an experimental barrel-aged and sour beer-focused brewery.

The OG Atlanta craft brewery, Atlanta Brewing Co. opened in 1993. It spent some time under the name Red Brick Brewing, but returned to its roots in 2019. It has a range of classics as well as seasonal rotating beers. 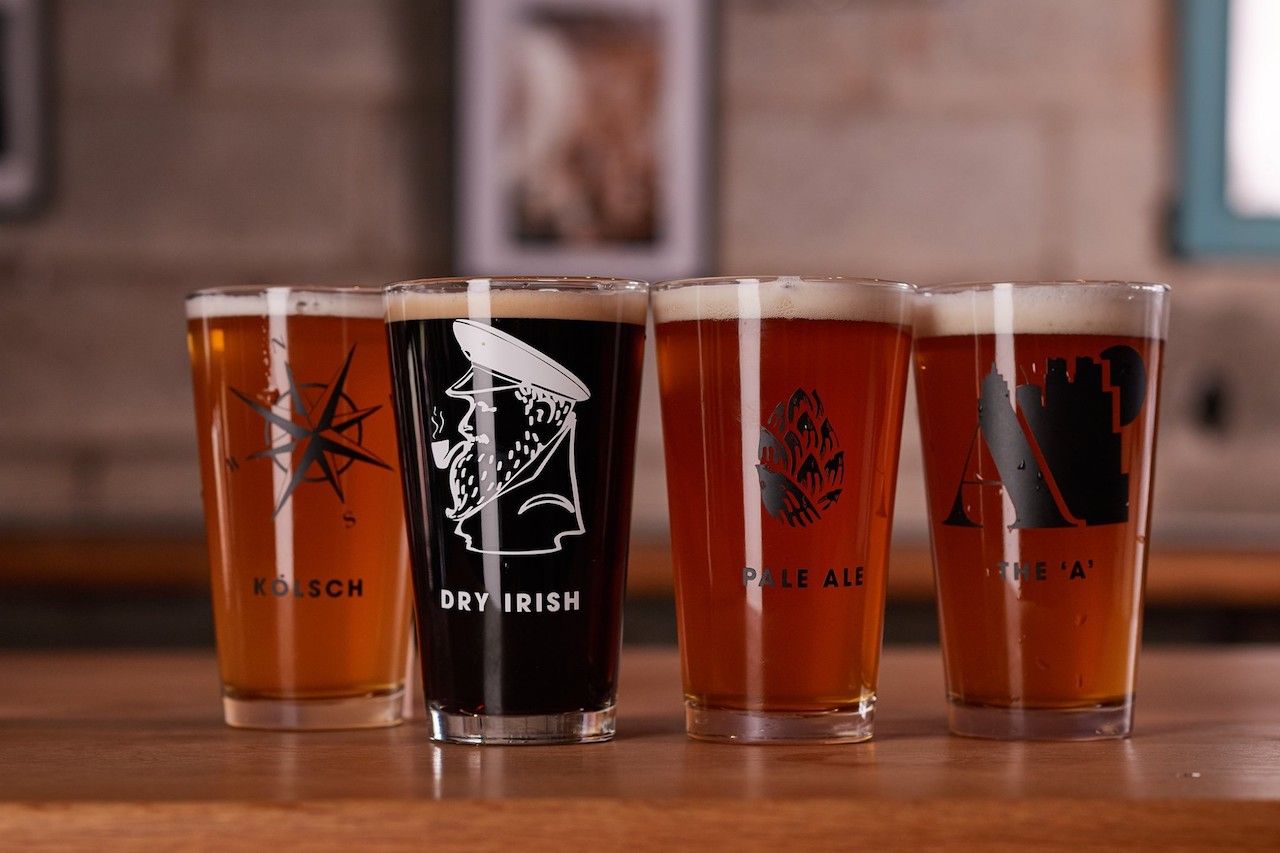 Eventide spreads the range from light lagers to heavy English-style ales. Still, it’s not necessarily a beer-nerd haven. It’s the type of place you bring your friends who don’t really care about craft beer but you’re not interested in drinking swill. All in all, it’s a neighborhood brewery that manages to tie the line between casual beer drinkers and craft lovers.

Proof that you don’t have to go far from Atlanta’s airport to taste solid Atlanta beer. Arches Brewing is a craft brewery with a mix of American and European craft influences. Visit on the weekend to try thoughtfully made seasonal brews and make that friend who wants a taste of local without getting too far from his flight happy. 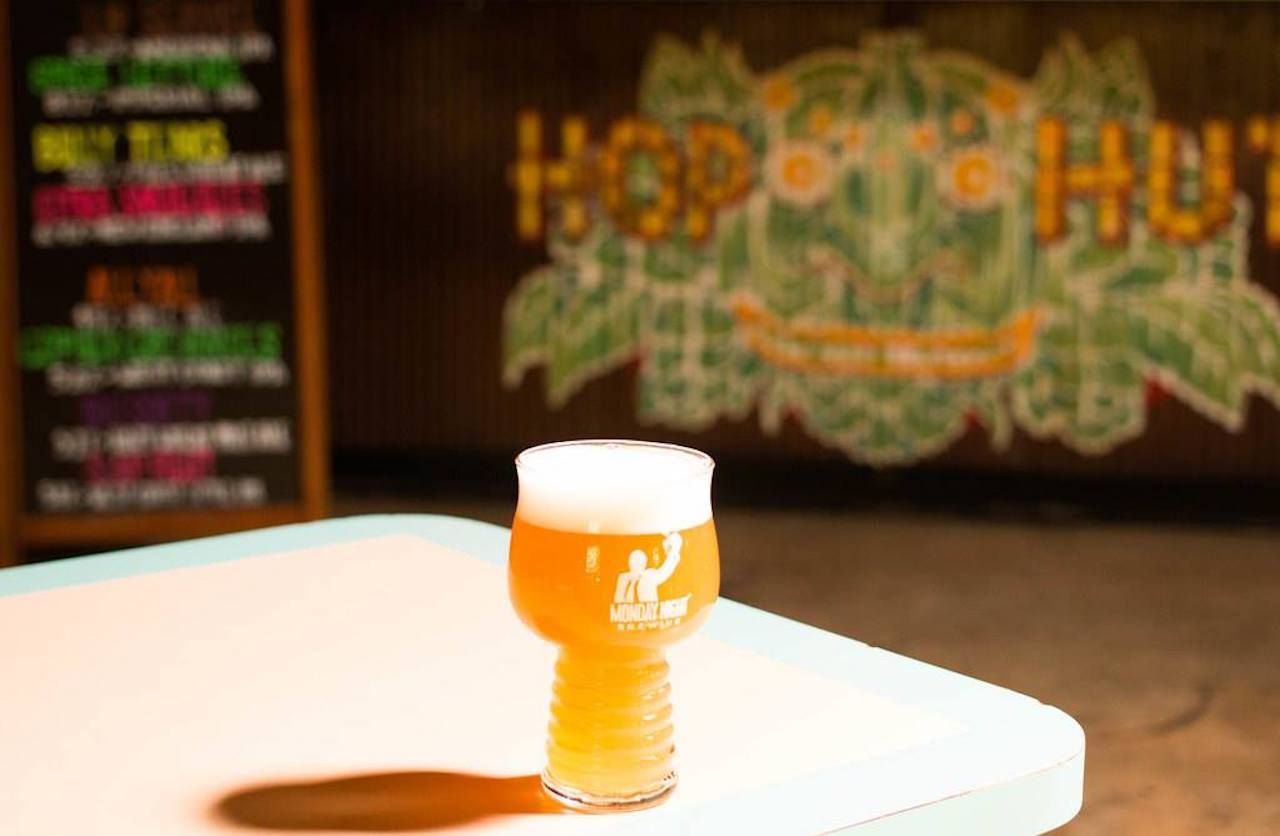 After SweetWater, Monday Night Brewing is one of the most well-known craft outfits in Atlanta. The brews are inspired from a couple of homebrewers who went professional, and the quality is top of the line. Monday Night Brewing opened the Garage in 2017, a more experimental taproom and brewery with barrel-aged and sour beers. It also allows dogs, a key point for the enjoyment of dog lovers. Whichever location you visit, however, good beers are guaranteed — even for the non-craft lovers.

A small craft brewery with a big attitude, Scofflaw made headlines in the beer world for a photo of the staff giving the finger to a customer who complained about canned beer consistency online. Ignore the chatter though, because the beer speaks for itself. Keep in mind that this is a place for IPA lovers. 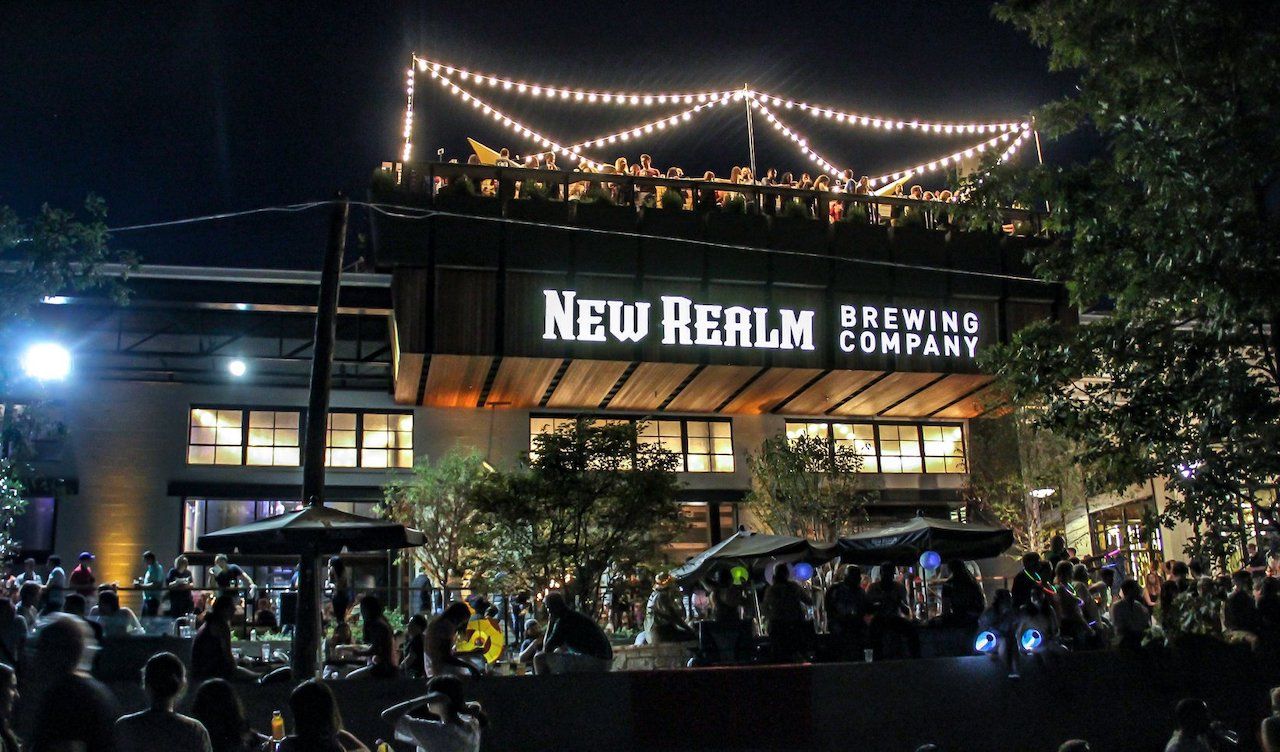 Located in the Old Fourth Ward, New Realm is your craft spot on the BeltLine. The brewery has a restaurant, house-brewed beer, and plenty of space if you’re with a big group. Despite its mass appeal, don’t sleep on the beer, as it’s run by Mitch Steele of craft legend Stone Brewing.

The Best Rooftops in Atlanta To Eat, Drink, and Be Merry