Winter in Chicago can be long and dreary. Luckily, there’s beer to wash those winter blues away. Even luckier, the city is full of great breweries so you can enjoy your beer at its absolute freshest. Best of all, when you’re ready to head home and crawl under a blanket, you can grab a growler to go and enjoy that beer with your Netflix. From brewpubs with haute cuisine created to pair perfectly with the beer to simple tap rooms that let you bring in your own food, here are the 12 best Chicago breweries to hide out in this winter. 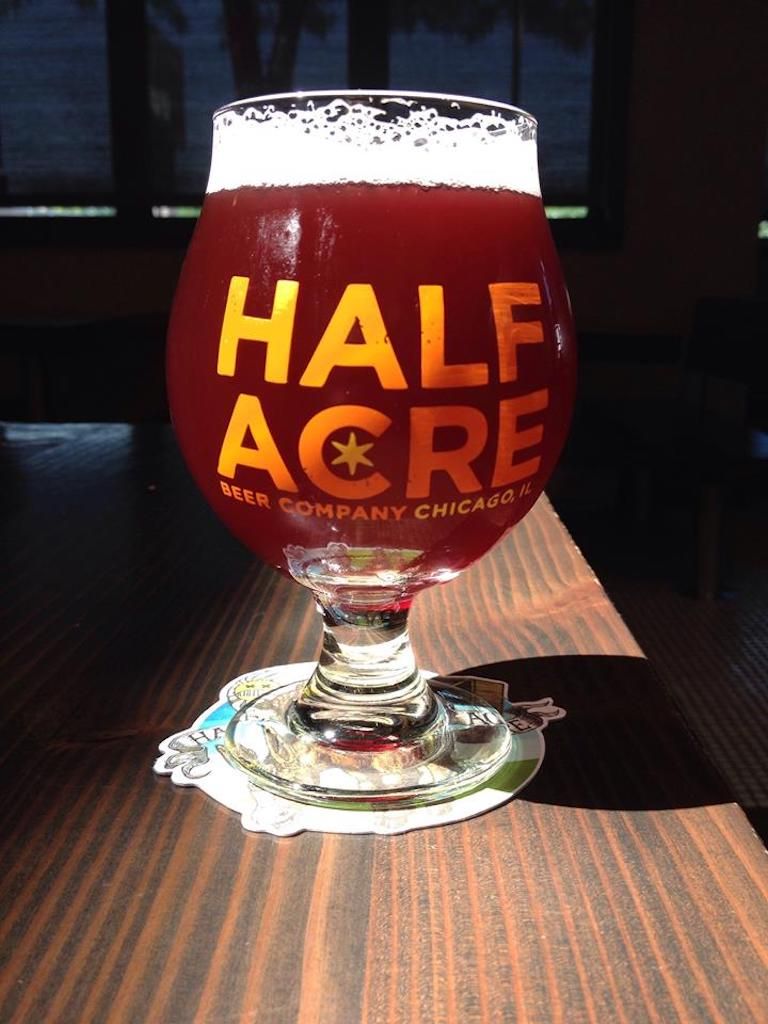 Half Acre Beer Company is an OG of the Chicago craft brewing scene. A recent expansion means it now has two locations, one in North Center and another in Andersonville. Both have full kitchens doing solid food, and both have all their regular brews, plus lots of special releases and collaborations. It’s great being able to try all the limited release beers, but it can be hard to resist just ordering the classic Daisy Cutter Pale Ale. 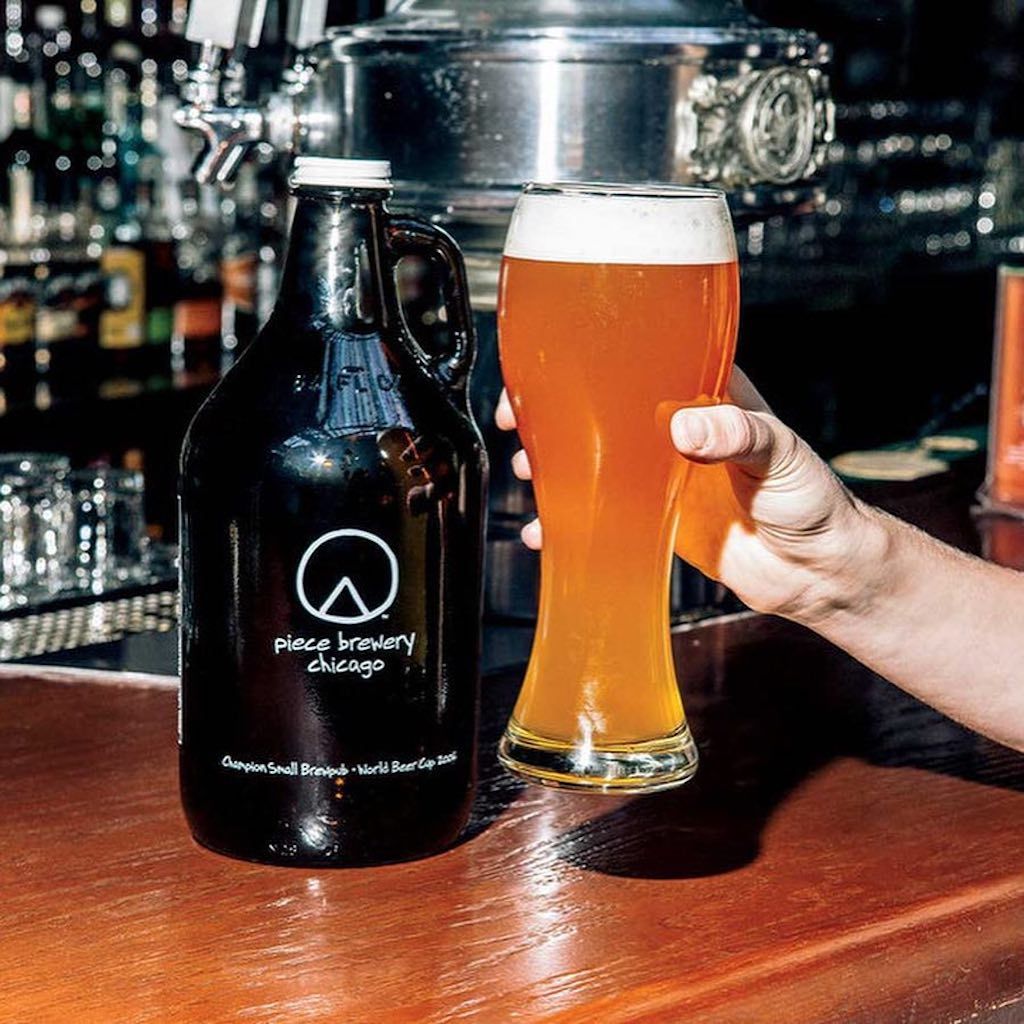 Piece in Wicker Park has been doing the same thing to near perfection since 2001. There’s not much better in the dead of winter than great beer and great pizza served in a warm and welcoming environment. Piece’s beers have been so solid for so long that people sometimes overlook them in favor of the shiny new beers on the Chicago scene. Don’t make that mistake. Piece has fantastic brews that have won plenty of prestigious awards. 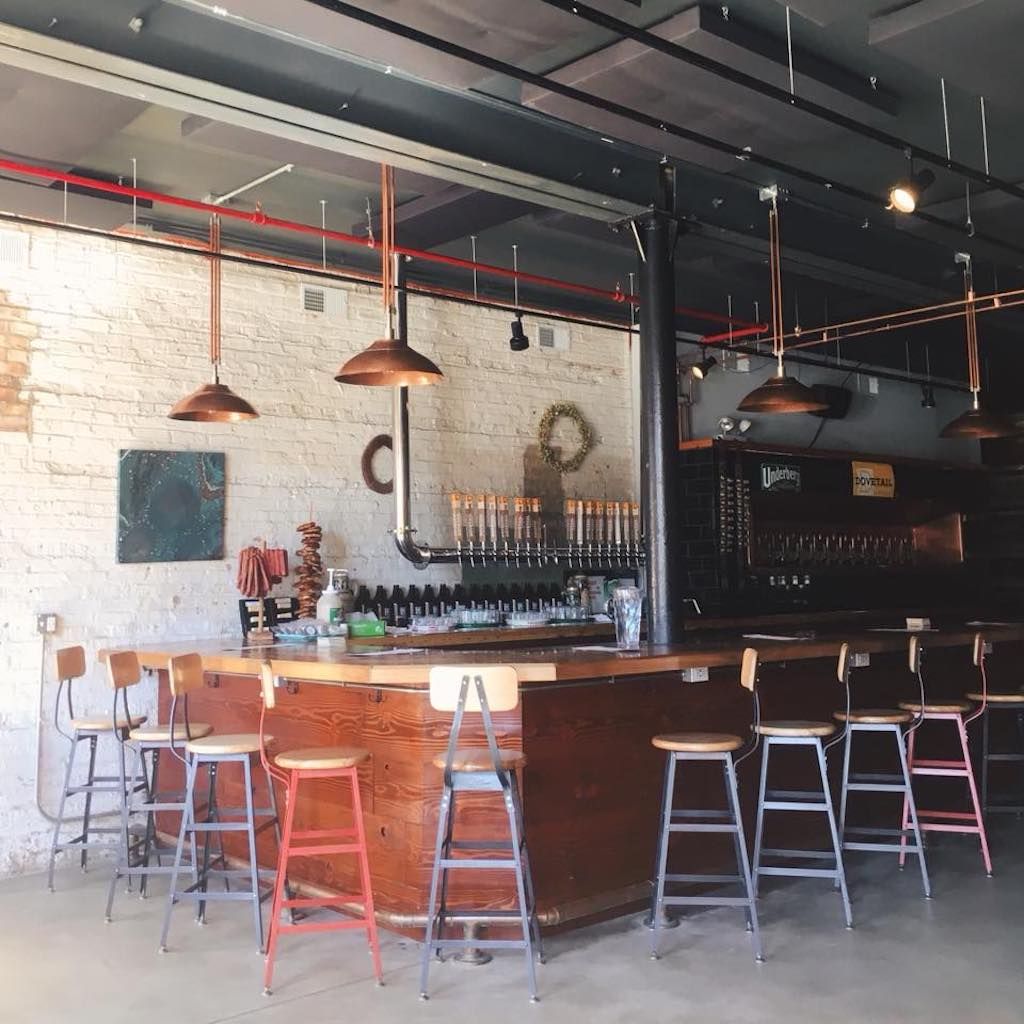 Beer drinkers who don’t go for the hoppy American styles will find a winter home at Dovetail Brewery in Ravenswood. Dovetail does well-crafted continental European styles with an emphasis on German and Central European brews. It doesn’t have a kitchen, but there are cheese plates, excellent German-style pretzels, and delicious landjäger — a dry German sausage — from the legendary Paulina Meat Market. You can also order in your own food. 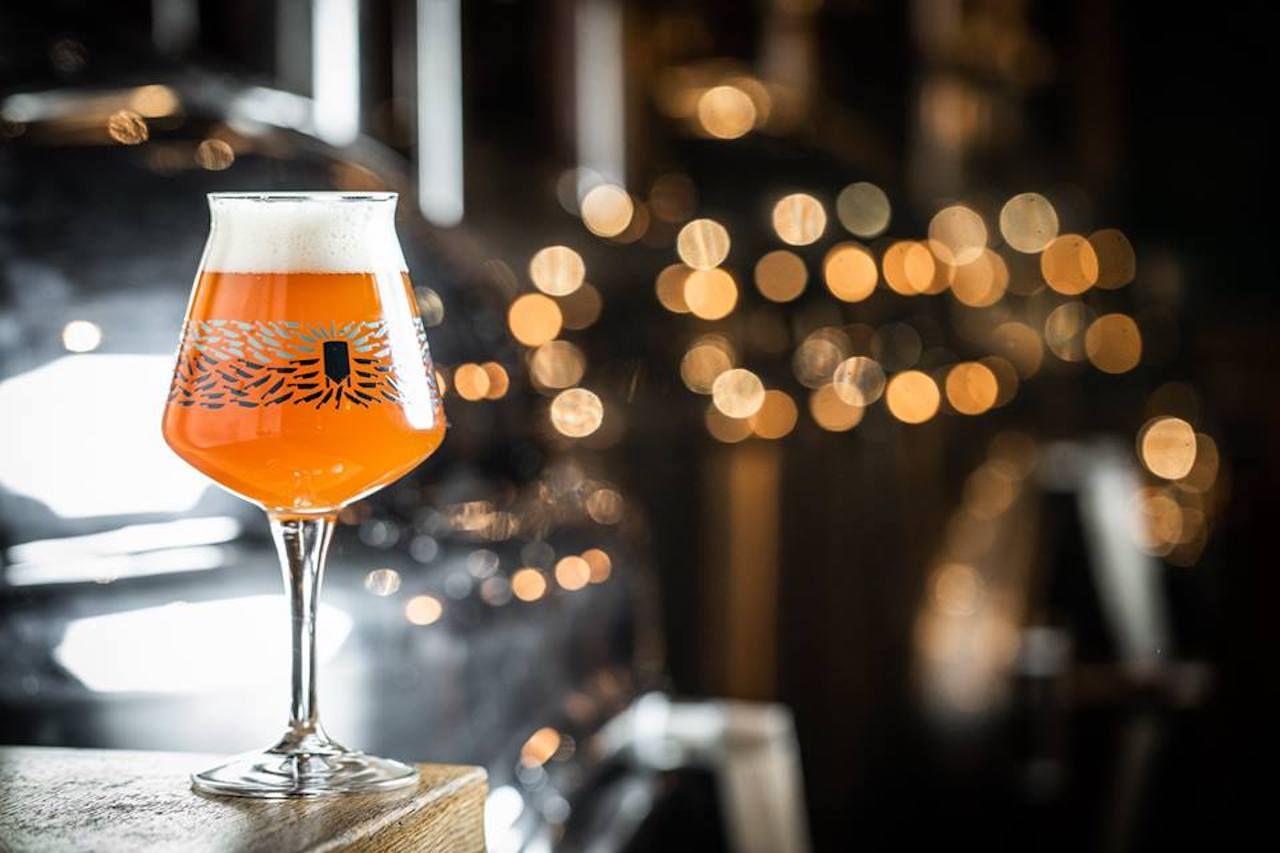 People in the Lakeview neighborhood have been lucky enough to have the excellent DryHop Brewers as their local for over five years now. This small brewpub doesn’t distribute its beers, so the only way to try them is to go there for a pint. The kitchen does solid takes on classic bar food with appropriate amounts of creativity thrown in. Bitter beer lovers will swoon over the Shark Meets Hipster wheat IPA. 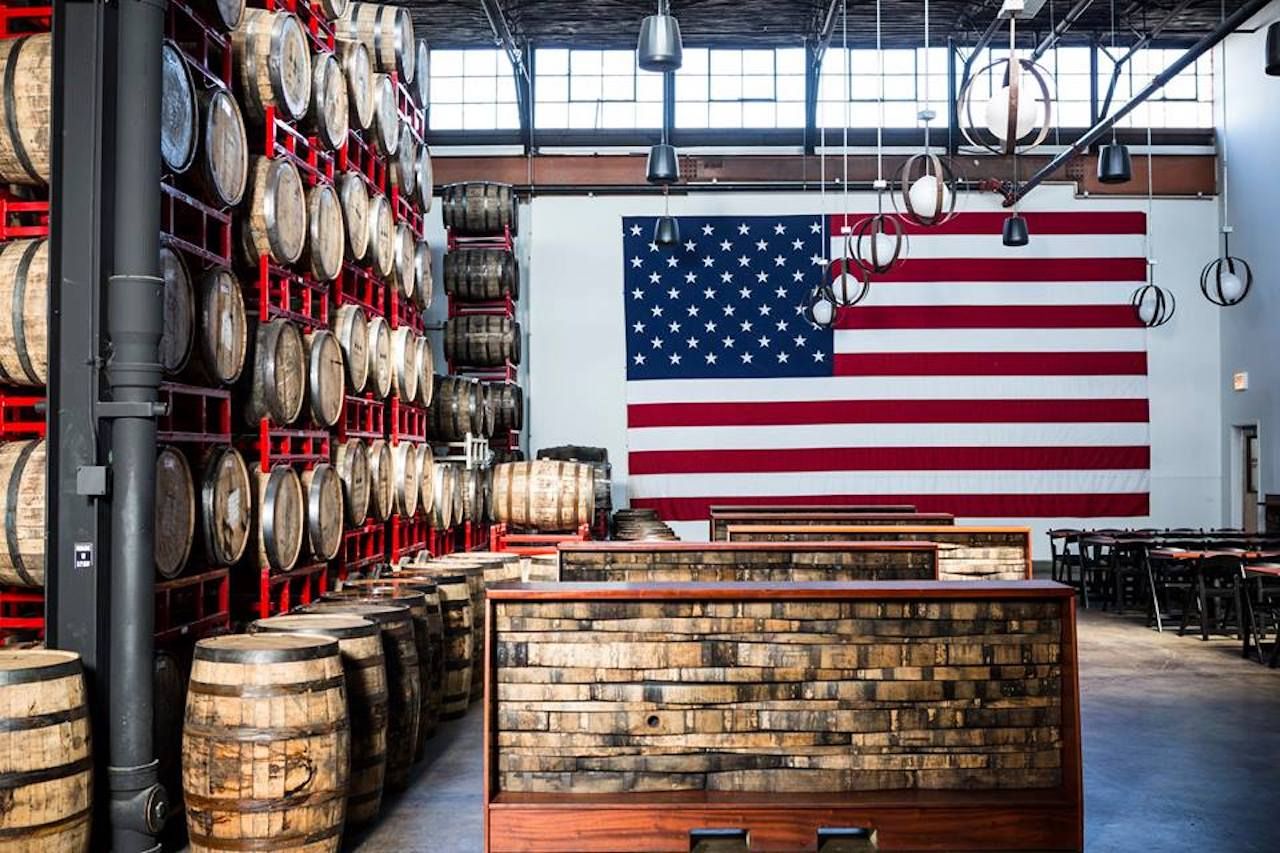 Revolution Brewing is probably Chicago’s best-known microbrewery, and for good reason: It cranks out a lineup of beers that is consistently delicious, and its brewpub in Logan Square can always be counted on to serve up great food. It also always has a number of experimental beers for when the winter cabin fever has you feeling like trying something a little different. If you’re looking for something to warm you up, the Eugene Porter is a great winter beer. 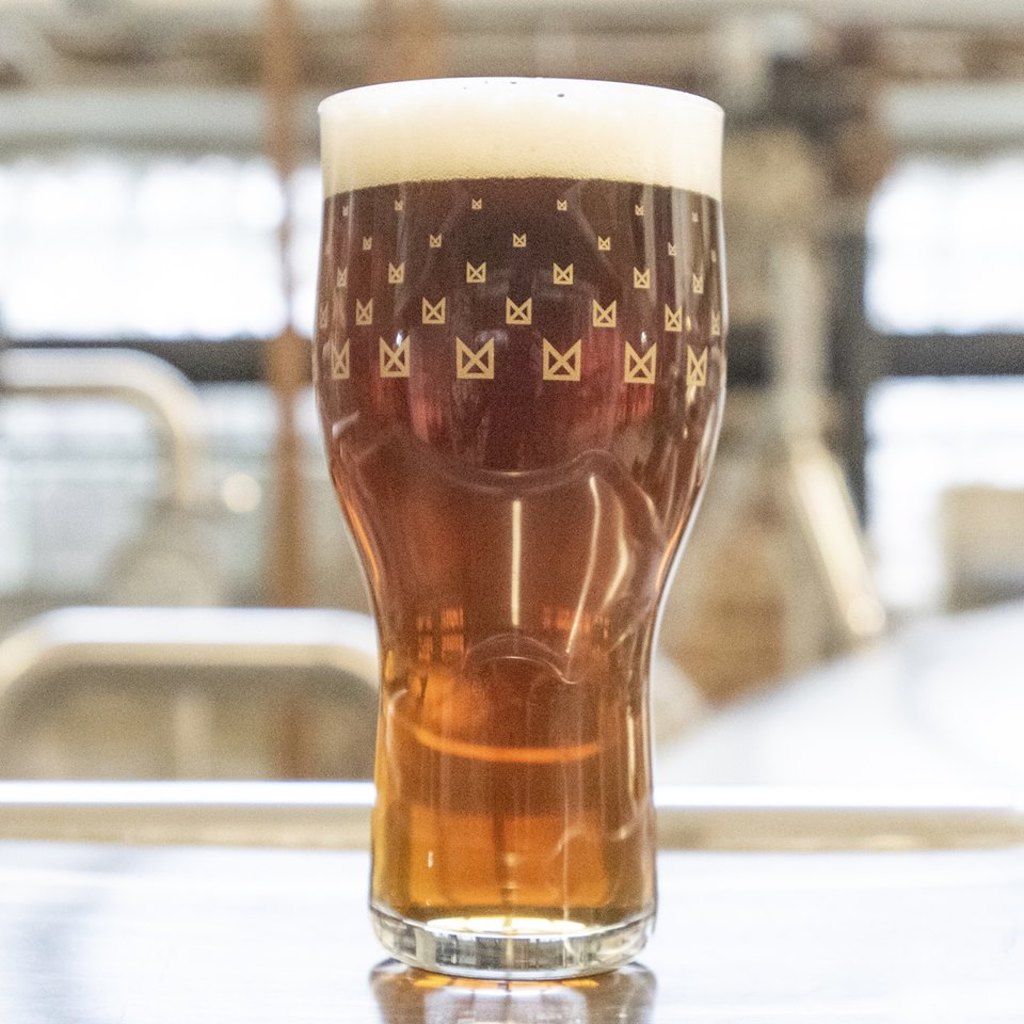 For something totally different, check out Marz Community Brewing, a collective of different brewers who came together to brew for their community. Located west of Sox Park in Bridgeport on the Southside, this industrial space full of art, beer geeks, and great food is a perfect place to spend a cold winter day. 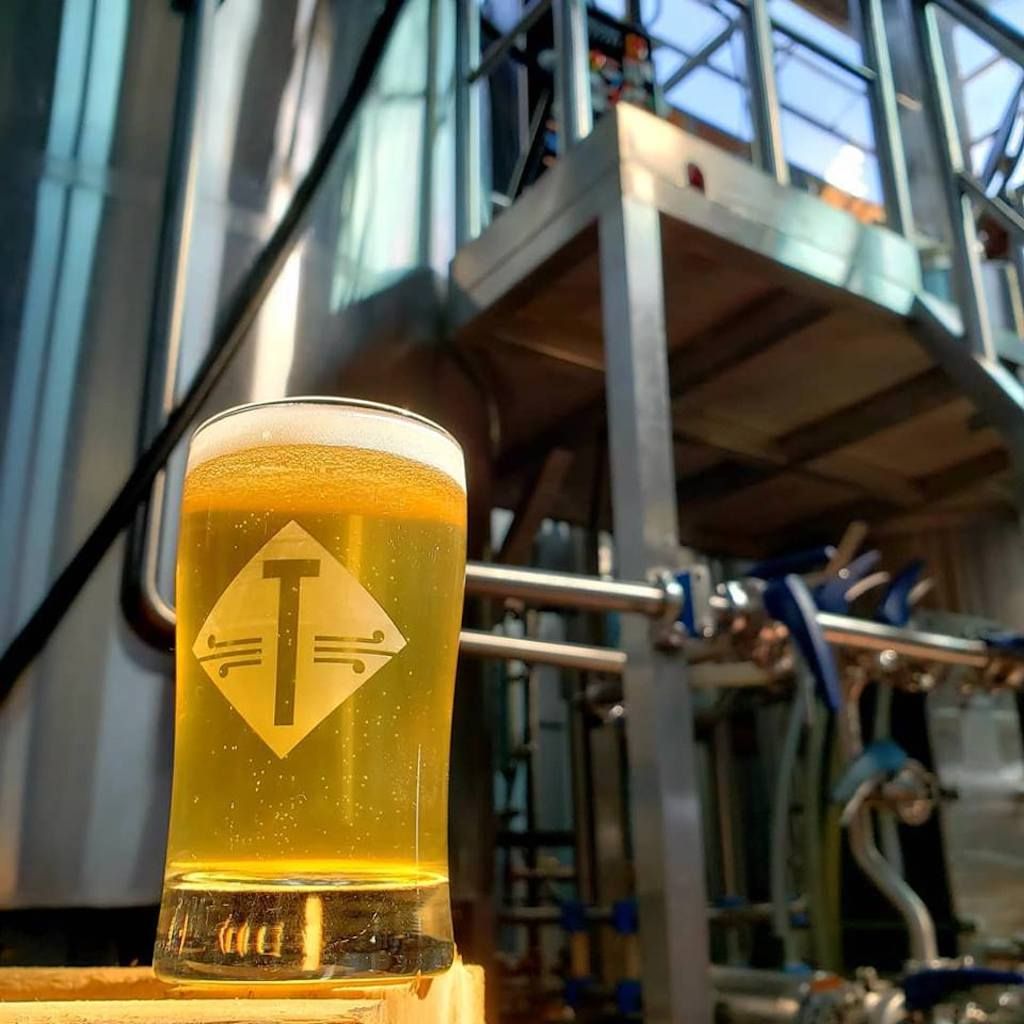 The anti-alcohol Temperance Movement that led to Prohibition began in the Chicago suburb of Evanston. How ironic that the name now belongs to an excellent craft brewery there. Temperance Beer Co. can always be counted on to serve up some of Chicago’s best beer. It serves light snacks and allows you to bring your own food in, and food trucks often make an appearance. The huge outdoor space hosts concerts and festivals in the summer, but the indoor area is pretty snug in the winter. 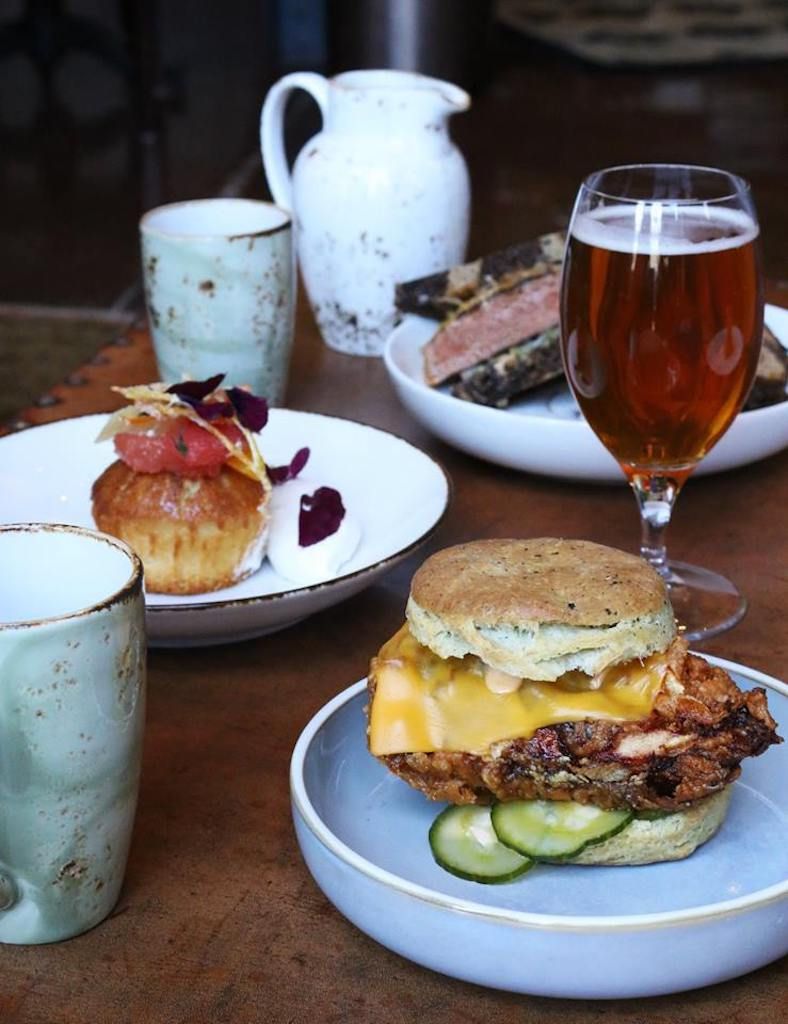 If you’re feeling fancy and ready to splurge on a meal this winter, check out Band of Bohemia, the world’s first Michelin-starred brewpub. This place is a true gastropub with exquisite cuisine matched perfectly with exceptional beer. This is the next logical step in the craft brew revolution, and Band of Bohemia is the place to find it this winter. 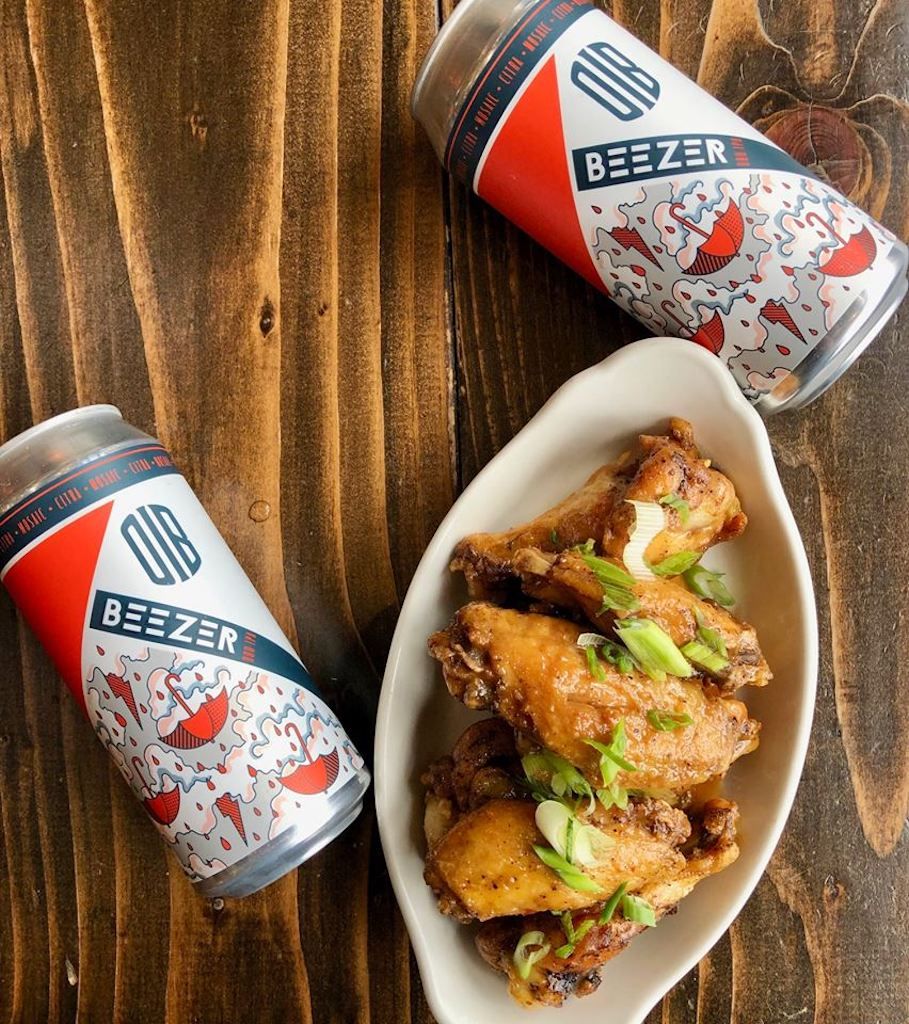 If you love beer gardens (and who doesn’t?), winter can leave you longing. There are still options, though. Old Irving Brewing Co. on the Northwest side has an indoor beer garden. If you try really hard and drink enough, you can almost imagine it’s summer. 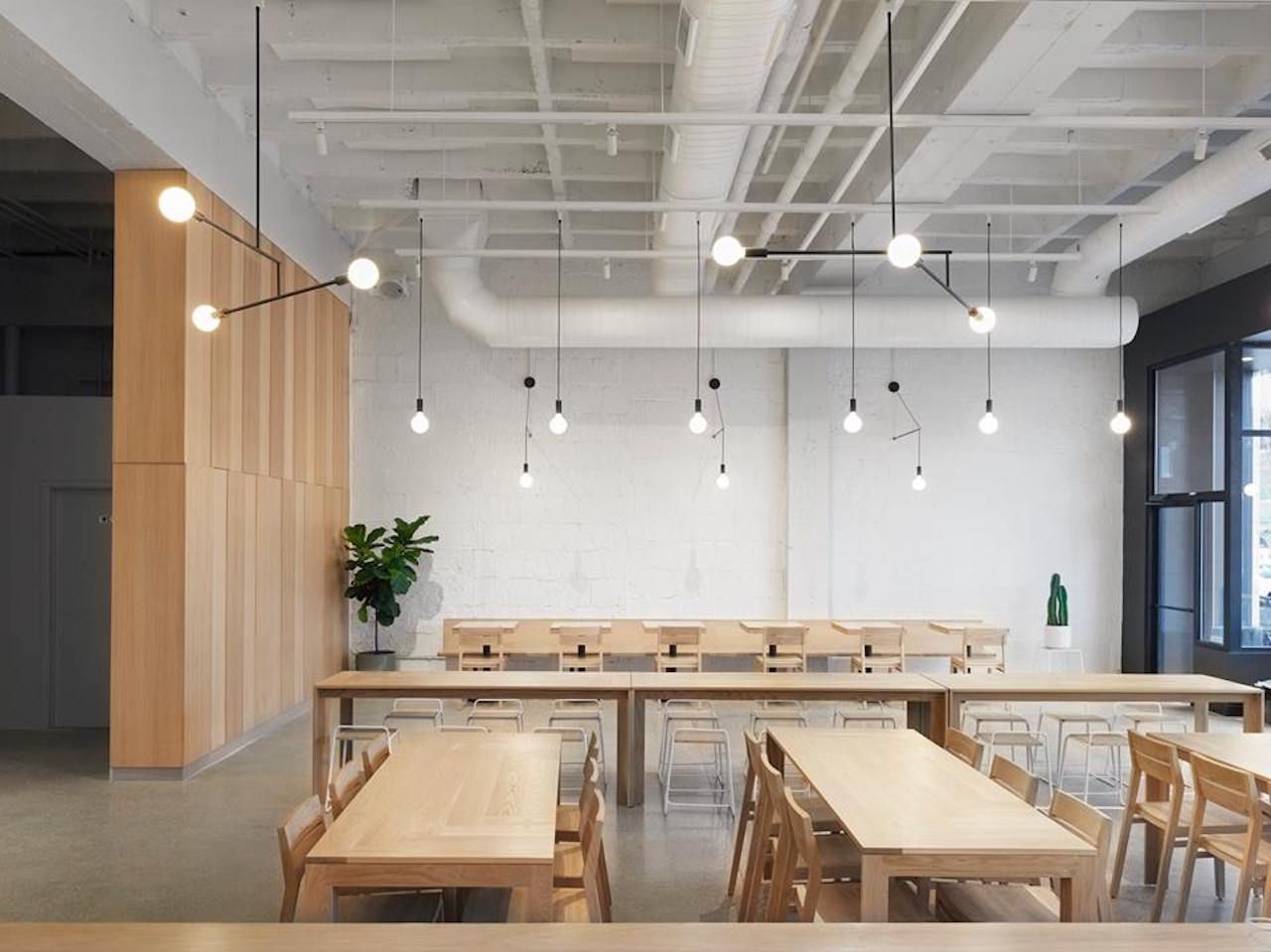 Hopewell Brewing is a new brewpub in Logan Square that’s light and airy and a great place to spend a wintry day. The beer is great here, and while it doesn’t serve food, you can bring it in from outside. So, you can choose the food from any of Logan Square’s delicious restaurants, pair it with great beer, and enjoy it all in a perfect setting surrounded by other people happily pretending it’s not freezing and miserable outside. 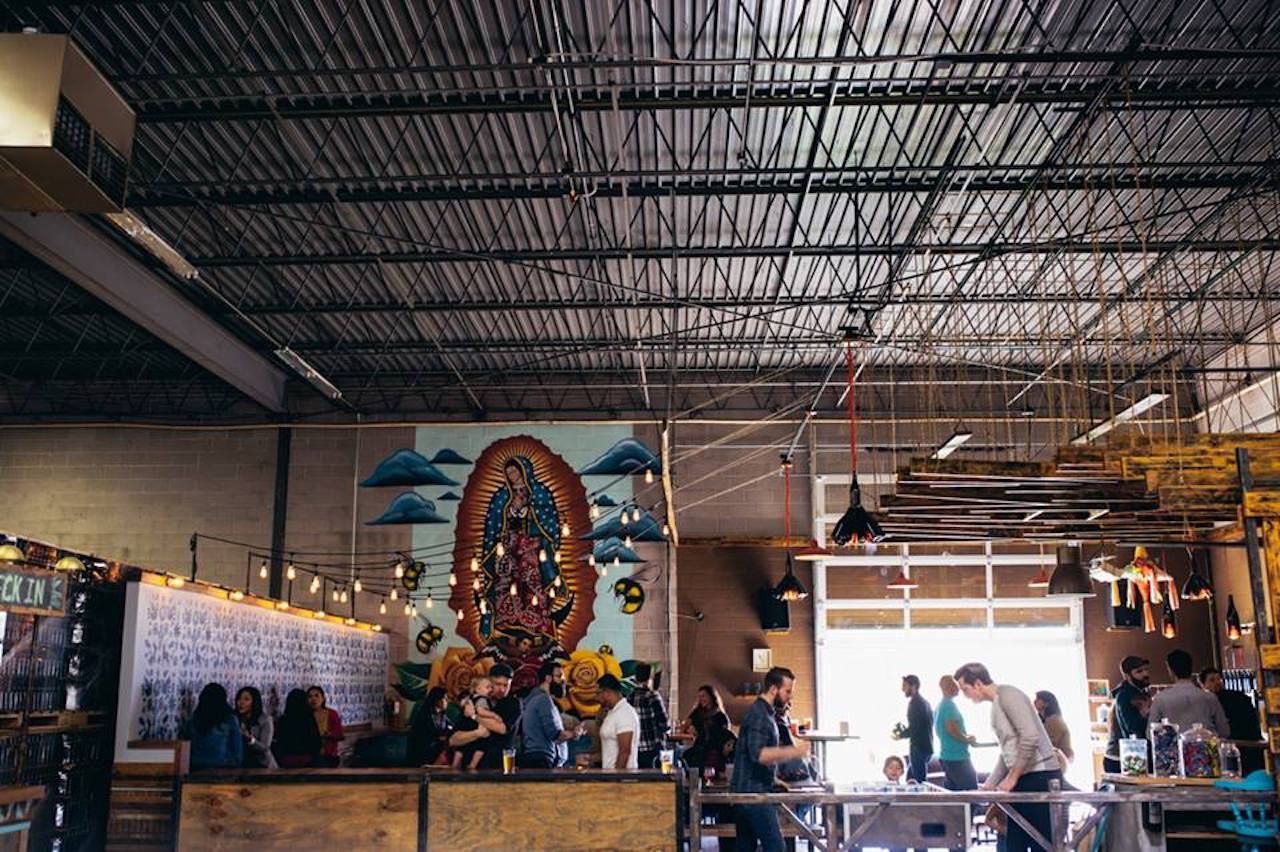 5 Rabbit Cerveceria in Bedford Park southwest of the city is a Latin American-inspired brewery, and it does some great beers. Go on a Thursday when Angel, the taco guy, shows up to serve some banging tacos. Pair these with some of the unique beers, featuring flavors such as coffee, passionfruit, cafe con leche, and unrefined cane sugar. You’ll be so blissed out that you’ll forget you’re in Chicago winter. 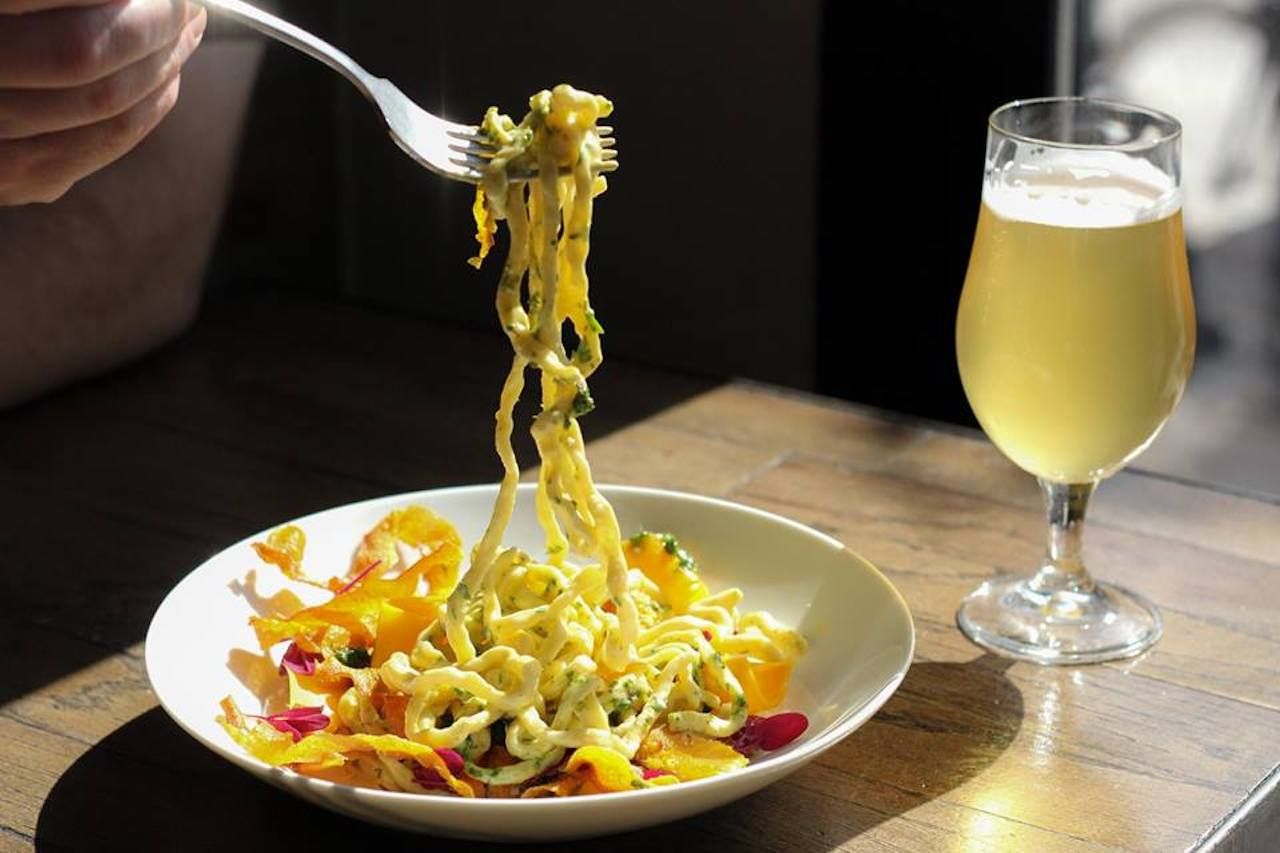 Forbidden Root is a restaurant that brews some very fine beers. By reaching back to the old traditions of using herbs, spices, and other botanicals in the brewing process, it can evoke unique flavors and emotions from its beer. It also springboards off those flavors into some unique and wonderful food pairing combinations. For a great pairing dinner, this is a very solid bet.

Budget Travel6 Free or Inexpensive Things To Do in Chicago This Winter
Tagged
Beer Restaurants + Bars Insider Guides Chicago, IL, United States
What did you think of this story?
Meh
Good
Awesome