Being an avid traveler makes it hard to put down roots into a new community, but doesn’t mean that your dating game needs to suffer. As you hop from country to country, part of the fun can be meeting new people along the way and dating apps really help to make those connections. But what is the market like for the LGBTQ community? Apps like Tinder and Bumble aren’t marketed solely to us but provide great ways to contact and message other users. Other apps, such as HER and Grindr, cater to a more queer-specific crowd. The future for queer dating apps is looking bright, regardless of where in the globe you’re swiping from. There’s an app for every user to enjoy, with more being created and improved upon every day. Whatever your sexual orientation or dating expectations are, these dating apps can help LGBTQ travelers find people to meet worldwide. 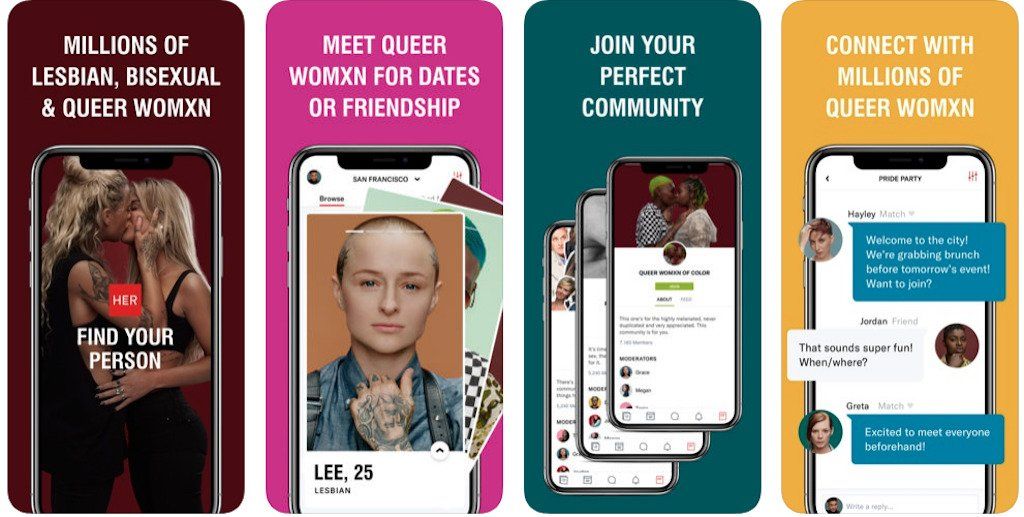 HER operates as a mix between a dating and social app, making it the perfect way to link up with some locals. While the app is targeted mainly for women seeking women — as the name might suggest — it isn’t exclusionary and is open for queers of all kinds to use. HER also provides a calendar of upcoming queer events in each area. If it’s your first week in a new country and the LGBTQ community can seem daunting for non-locals to enter, HER’s event feature can provide a list of choices, creating many opportunities to meet fellow queer people with like-minded interests. This app is also notable as it was created by the queer businesswomen, Robyn Exton, whose main business focus is making platforms accessible to a diverse range of women from all backgrounds. Other notable apps for women seeking women are Lesly and Scissr. Scissr operates similarly to HER but does not have as many users, while Lesly is intended solely for women and does not have an option for other queer users to create a profile. 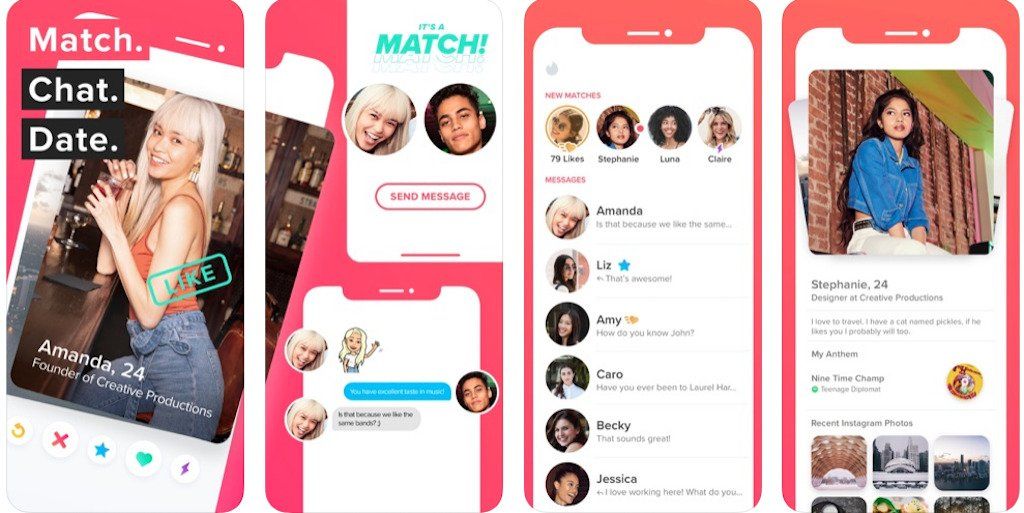 We all know Tinder. The app is ubiquitous on a global scale for being one of the original apps for hookups. Tinder is fair game for everyone, which might make for some unsavory messages from time to time, but also means that there’s plenty of users who are looking for a date, a casual night together, or some new friends. It’s easy to keep swiping left and right for new matches, and there’s also little to no expectations, making it a guilt-free experience if you get too busy diving into a vacation to respond. Despite how simple Tinder’s interface is to use, it has recently updated to allow for a greater diversity of gender options and sexual orientations, whereas other dating apps still only recognize binary genders. The profile message allows users to write their own interests or expectations in a way that is easy to see for other users. For travelers, Tinder has a premium option that allows the user to change their location to anywhere in the world. That way, users can match and chat with people in their destination city rather than only just in their current location. While not an app exclusively for the queer community, Tinder is certainly one of the most popular romance-focused options currently available. 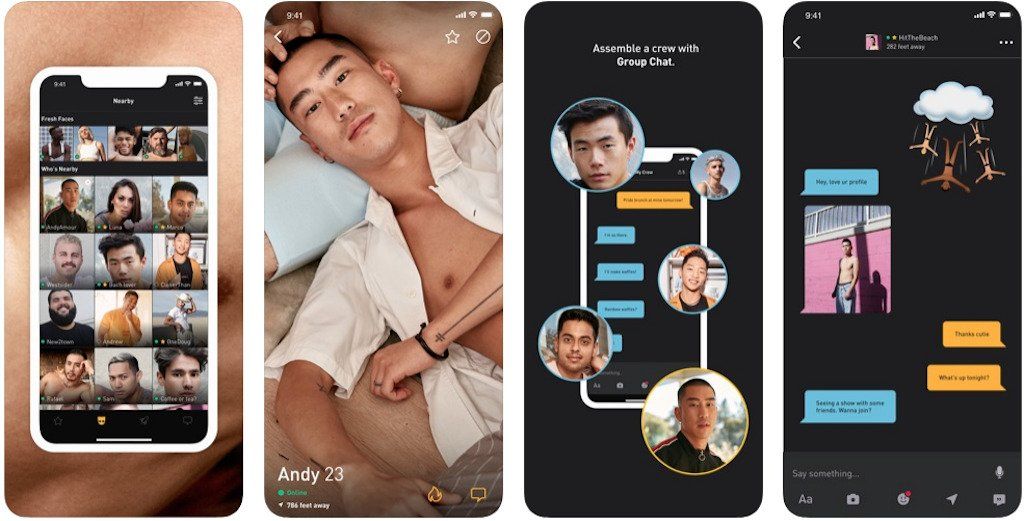 If you’re using Grindr, chances are you’re not looking for a date. Convenience is king and instant gratification comes a close second. Grindr is location-based and allows for easy and instant access to an immediate dating (or whatever) pool. Wherever you are around the globe, Grindr can connect users to a large database of men in similar locations to the user. Users on Grindr are generally more geared toward casual arrangements than serious flings. As of 2017, Grindr has expanded its user settings to allow easier accessibility for trans and gender-fluid users (and even allows options for preferred gender/orientation as “cis man” and “cis woman,” among others) but remains a source primarily for men seeking men. 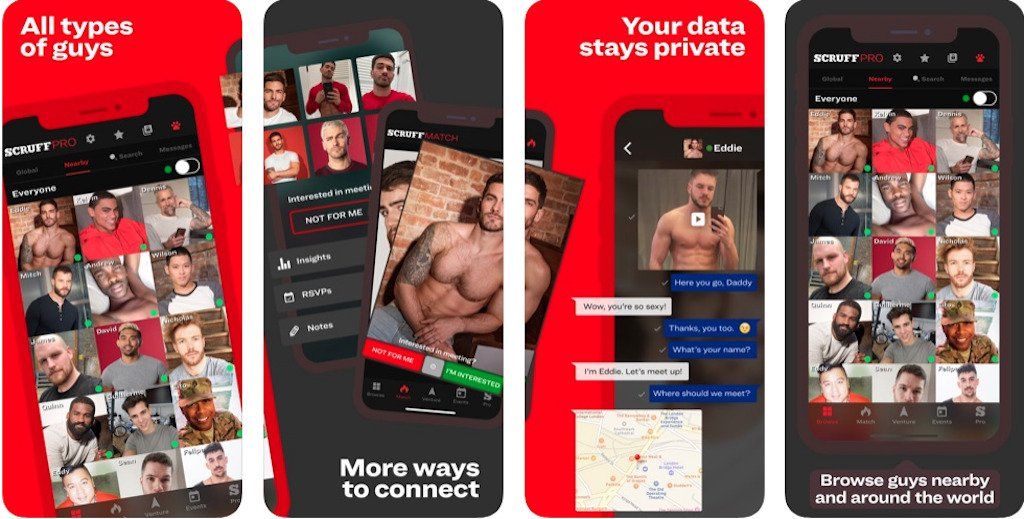 Another option for men seeking men is SCRUFF. SCRUFF works in a similar way to Grindr by providing filters that allow users to search and match with other users. The app’s algorithm changes the more a user swipes, showing more specific choices rather than random options. It does not cater to other orientations in the queer community but does provide certain functions intended for international dating. Users can publish their own travel agendas on the site in addition to chatting with locals in an upcoming city before arrival. Members can also volunteer to be travel ambassadors for their city and show visitors around. Compared to Grindr, SCRUFF has more opportunities for community-based interactions. 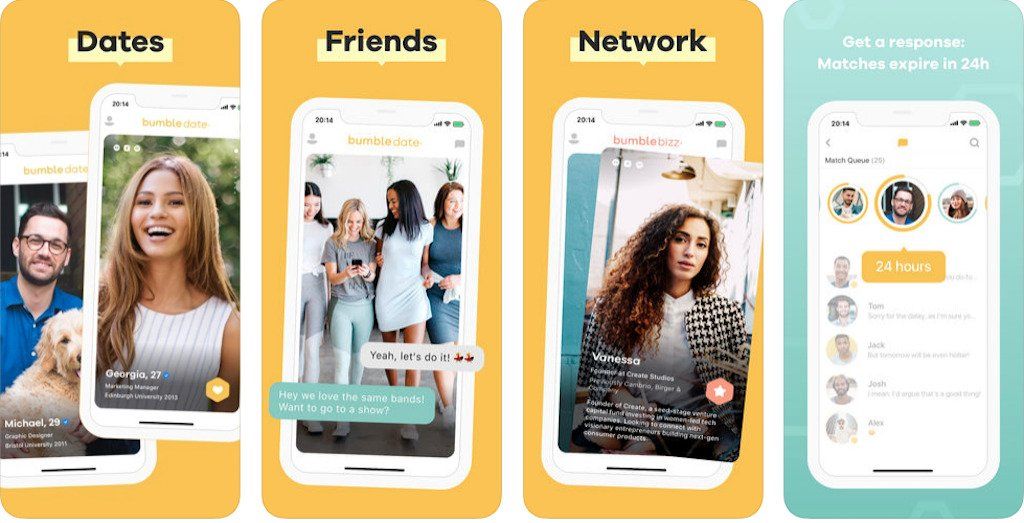 Bumble is a casual dating app that is less hookup orientated than Tinder but still is convenient and easily accessible. It is not specifically queer-focused but has made itself more accommodating to LGBTQ users. Originally the app was created as a safer alternative to Tinder, allowing only women to send the first message. However, in same-sex matches, that rule changes to allow either member to reach out to the other first. Therefore women seeking women and men seeking men can still easily contact each other. Bumble is not as popular among the queer male demographic and has fewer users than an app like Grindr would offer, but provides good matches in spite of this. Additionally, Bumble also has features intended for users to find new friends, rather than dating, which can be useful when briefly visiting a new location and not seeking a serious, long-term relationship.

LGBTQ TravelThe 10 Best LGBTQ-Friendly Small Towns in the US
Tagged
LGBTQ Travel Technology + Gear
What did you think of this story?
Meh
Good
Awesome