While Taipei might be East Asia’s uncontested capital of queer, the city of Seoul isn’t far behind. Seoul is a city known for its food, beauty, nightlife — and queer culture if you know where to look. Neighborhoods like Hongdae, where students from the local art university gather to socialize and shop, and Itaewon, which is known for being an all-night party spot, are home to lively LQBTQ-friendly spots and events. Seoul can be split into four main LGBTQ areas: Hongdae, Haebongchon, Itaewon, and Jongno. Each area has a unique atmosphere and caters to a different crowd and, more specifically, a different orientation. 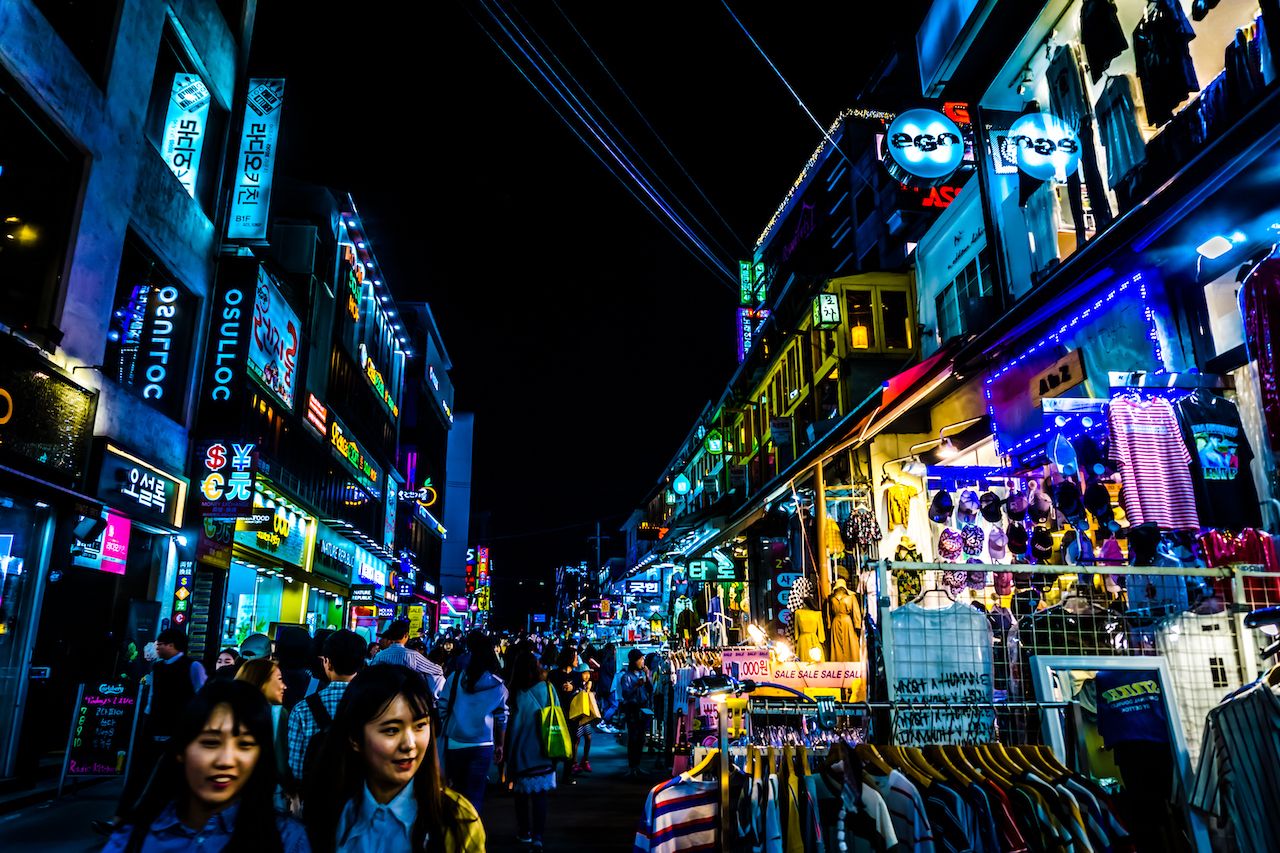 The center street on Hongdae is lined with commercial stores, hopeful buskers with grand intentions of breaking into the K-pop industry, and hundreds of wide-eyed tourists and smartly dressed Korean students. However, just off of the crowded main roads, hidden in plain sight, is the lesbian scene in Seoul. Blink and you might miss it among the other brightly lit bars or pulsating clubs in the area, but it is there, and it is operating in full swing.

Mong is an example of a lesbian venue that blends in with its surroundings — until you wander inside and realize the clientele is all women, and there’s a lot more gentle candlelit drinks and first-date jitters than just a couple of gals grabbing cocktails would entail. The atmosphere is friendly and relaxing, and the staff is capable of crafting a large variety of cocktails. AORINGO is another laid-back bar, specializing in sake, for the lesbian crowd. For the late-night lesbian partiers, a long-standing clubbing favorite is Labris. Labris is only open to women and blasts pop music and top hits all night long.

Many of the clubs in Hongdae for LGBTQ partiers only allow women inside. On weeknights, the clubs are packed with patrons dancing and drinking until the first train comes. Pub Ken is a popular choice for lesbians, which serves both food and drinks right near the center street. 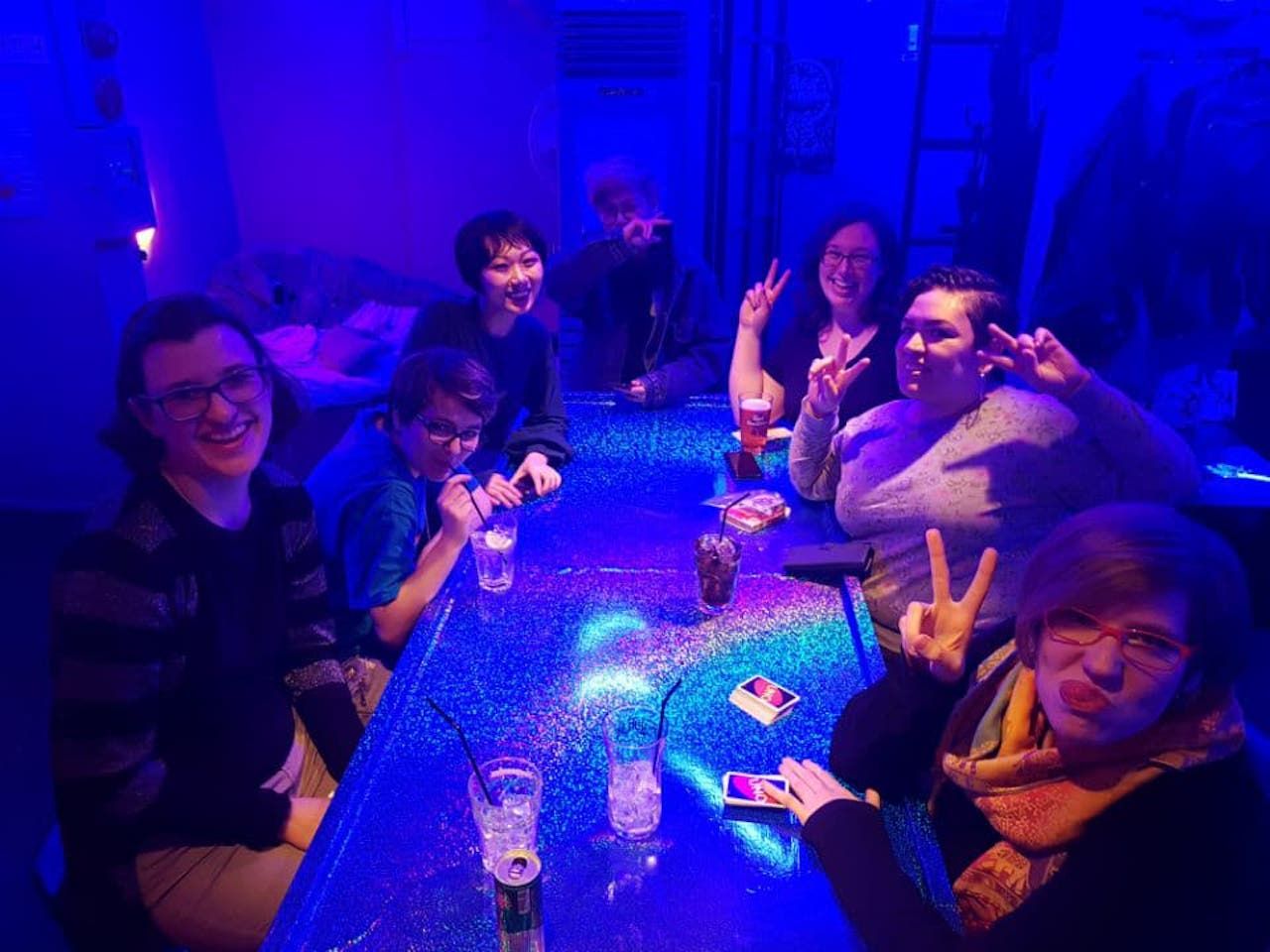 Haebongchon is a neighborhood that feels less like downtown Korea and more like a road in a hip, urban US city. The main area is lined with bright signs written primarily in English, and its residents are primarily international expats, who flock to the area for its friendly community and comfortable atmosphere. The most famous queer-inclusive spot in Haebongchon is Rabbit Hole, a venue that masquerades as a dive bar and vintage game arcade but in actuality is a queer hotspot. Rabbit Hole regularly hosts a wide variety of events, including drag competitions, ladies-only nights, and even the occasional burlesque performance. People of all backgrounds and orientations are welcome here. The staff is friendly and takes the time to personally get to know customers. Small, intimate, and cheap, Rabbit Hole is the type of place where people start the night off as strangers and end up sharing hangover soup the next morning.

Many of the other venues in Haebongchon are similar to Rabbit Hole in their unadvertised queer acceptance. Piooda, run by a queer couple, is a local sex shop that welcomes customers and has a friendly, knowledgeable staff to answer any questions. Southside Parlor hosts monthly drag brunches, pairing unlimited mimosas with artisan vegan cuisine and two hours filled with performances. Many other restaurants and venues, such as the sandwich cafe Fat Cat, help advertise queer events and have open acceptance of the LQBTQ community. Haebongchon is perfect for queers of any and all kinds. Unlike Itaewon and Hongdae, where most venues are designed specifically for certain orientations, Haebongchon is an open area for all who seek it out. Gay, lesbian, transgender — any and all roam the streets of Haebongchon until the early hours of the morning. 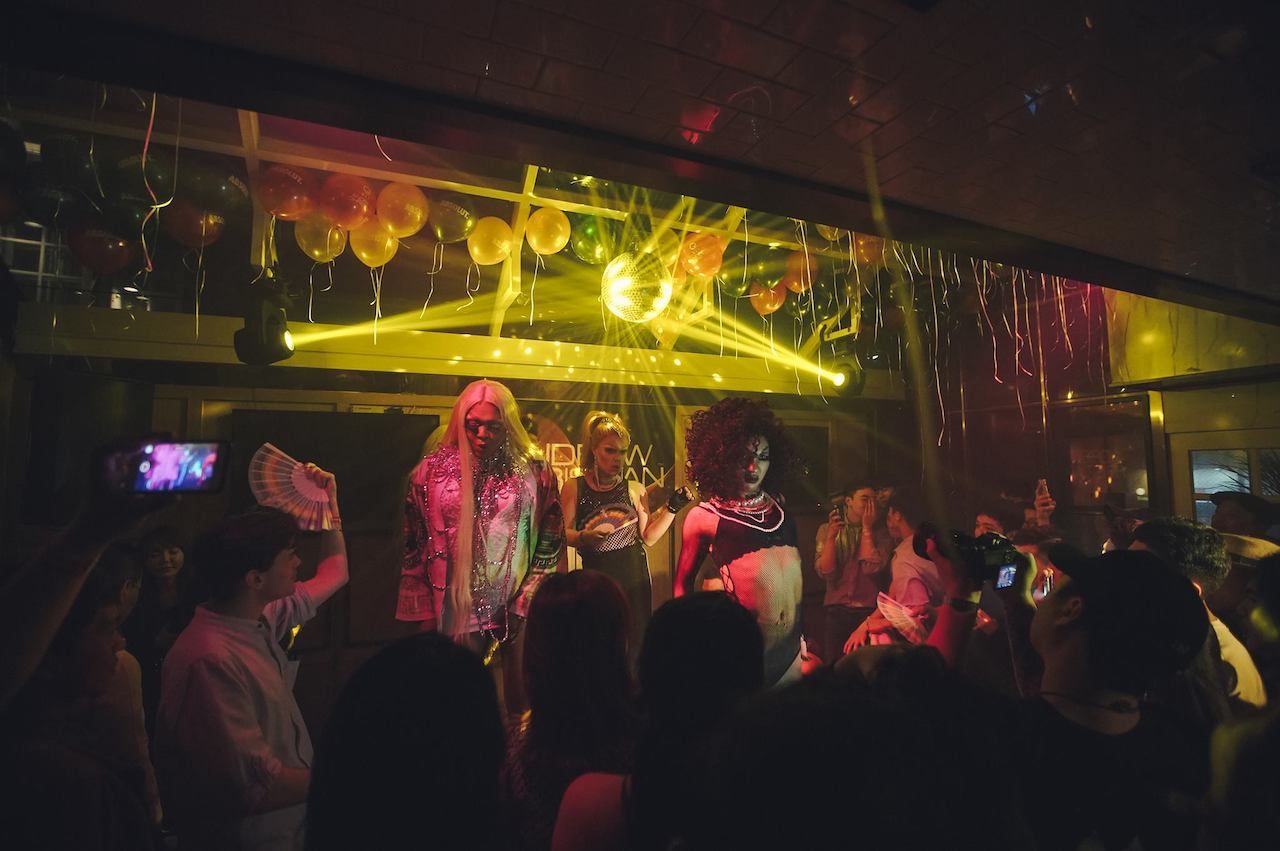 Itaewon is the center of all things foreign in Seoul. The streets are lined with small halal stands, outdoor French cafes, and greasy pizza joints, and citizens of the city and travelers alike flock here for a taste of something different than the usual flavors of Seoul. The same is true for the LGBTQ scene here. With a strong influence of different cultures, Itaewon is a place where people of all kinds can cut loose without judgment. It is undeniably the most popular nightlife spot in Korea, not just the LGBTQ community.

The most famous queer location in Itaewon, simply on name recognition alone, is Homo Hill. The name says it all. Women and allies might find themselves turned away from some venues here (or paying inflated prices), but for the men-loving-men crowd, it is a compact area filled with plenty of options for drinking and dancing. TRUNK is one of the most popular options in the area. Created by transgender icon Mini Han, who has been featured in Vogue Korea and won the Miss International Queen beauty contest, TRUNK features drag performances and energetic, upbeat music.

Trance is a venue with a great mix of dance and drag that is popular among locals and travelers alike. Queers of all kinds and allies can all enjoy a burlesque performance put on by the Whitelies Burlesque Revue. Shows happen every other week at View 33 and feature a rotating cast of performers, including drag kings, drag queens, aerial silk dancers, and fire-spinners. 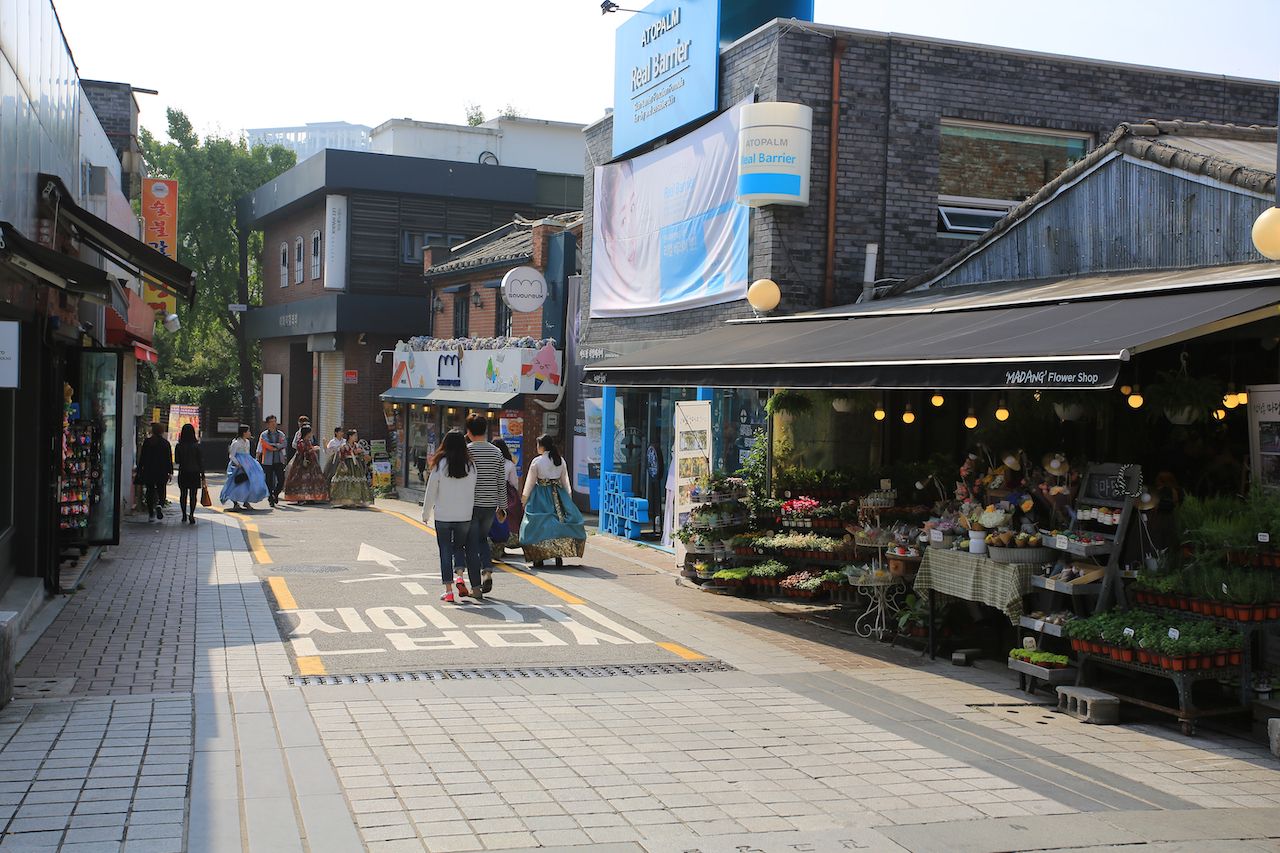 The queer scene in Jongno is hidden in plain sight. Indie venues, karaoke bars, spas, and cafes are all congregated in this neighborhood. Breaking into the Jongno scene as an outsider is challenging but rewarding. The focus here isn’t only on a fun night or an easy place to sling drinks but rather on a lasting community. There are cafes, organizations, and laid-back bars that are all queer-friendly. Once a year the Korea Queer Film Festival screens queer-produced, and queer-related, films in venues all throughout this area. The festival lasts for around two weeks and coincides with Pride Month.

Many other festivals and parades during Pride Month are also based in or around Jongno. Even the annual Seoul Queer Culture Festival bases its Pride parade route around the neighborhood, due to its proximity to City Hall. For the expat crowd or those merely passing through Korea, Jongno can be difficult to navigate. Venues such as Short Bus and A/V are trendy and accessible for any type of customer. If you’re looking to belt some tunes at a gay-friendly venue, look no further than Wallpaper. And for food, the side alleys near exit three of Jongno Station are lined with street-food restaurants, called pocha, where members of the queer community flock. There’s no better place in Seoul to immerse yourself in true Korean culture and feel welcomed than drinking soju and eating grilled meat surrounded by fellow LGBTQ friends.