The US is chock-full of great last-minute Labor Day destinations, but when it comes to vacation spots with major LGBTQ+ events, the list gets a bit narrower. Luckily, there are a few fantastic places to celebrate the end of summer, even if you can’t make it to Mykonos. We’ve compiled some major gay-friendly destinations to check out for the long weekend, spots where you can drown your sorrows about the impending end of the season by sipping cocktails at beachside drag shows, or dancing the weekend away at the “gay Mardi Gras.” Here are five favorite queer-specific destinations for the holiday. 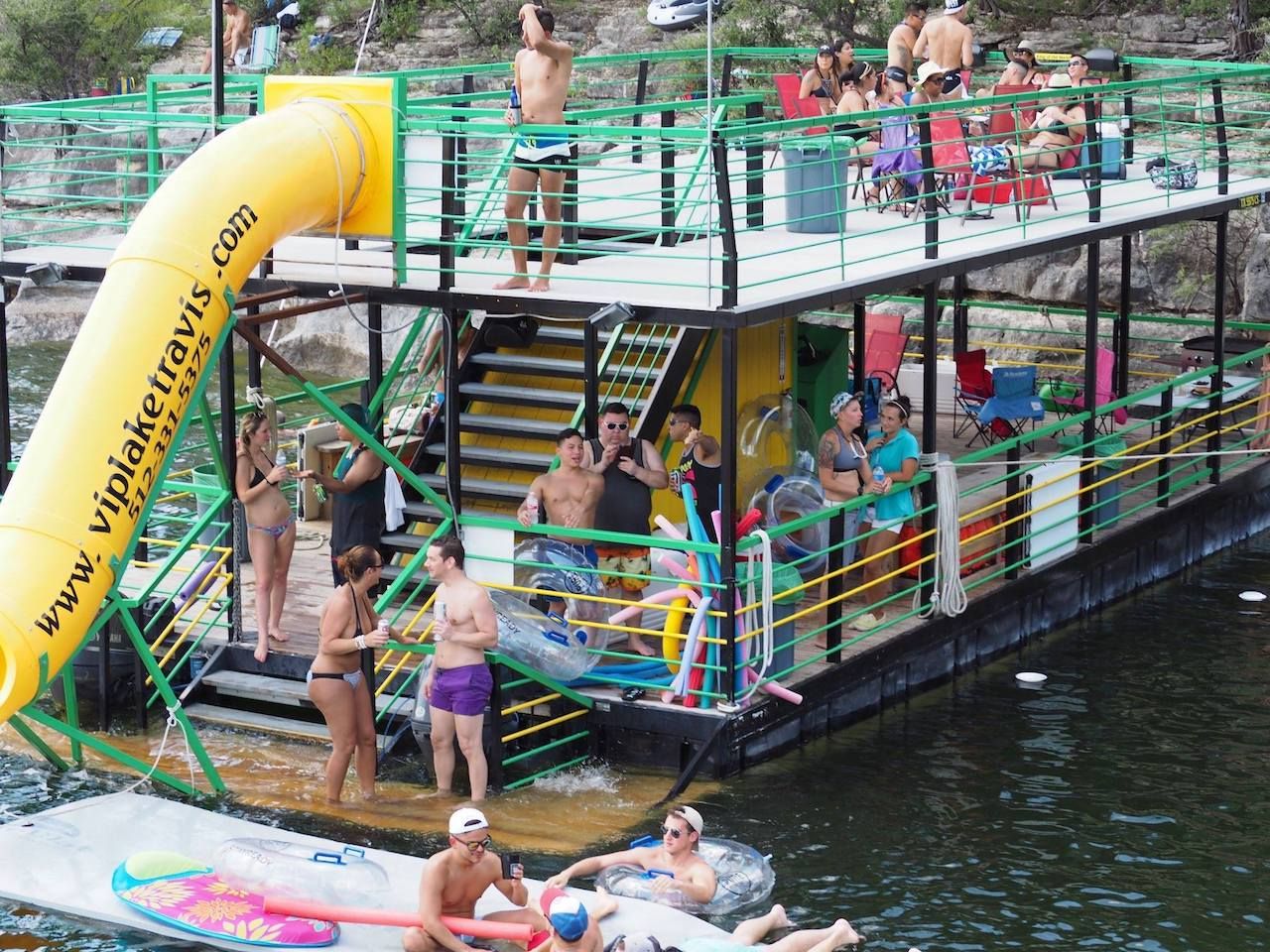 Austin is famously weird — we all know the slogan — but it fully embraces its colorful side with the annual Splash Days party that takes place every Labor Day weekend.

The celebration in the Lone Star capital is a weekend of music, dance, and unity — the state’s best gay dance party weekend. Every ticket to the event benefits various LGBTQ charities; this year the beneficiaries are AIDS Services of Austin, Kind Clinic, and Out Youth. The main dance party is on Saturday night at Rain on 4th (just “Rain” to locals), one of the city’s many gay bars. You can nurse your hangover the next day by plunging into the refreshing waters of Lake Travis — the lake party is BYOR (bring your own raft).

While in Austin, stay at the gay-owned Hotel San José from renowned hotelier Liz Lambert, an ultra-hip bungalow-style property in the buzzy SoCo neighborhood. The hotel regularly hosts pool parties to cool off in the Texas heat, accompanied by endless frosé, and is within walking distance of many of Austin’s best shopping and eating — tacos, barbecue, and food trucks are a must during your ATX weekender. 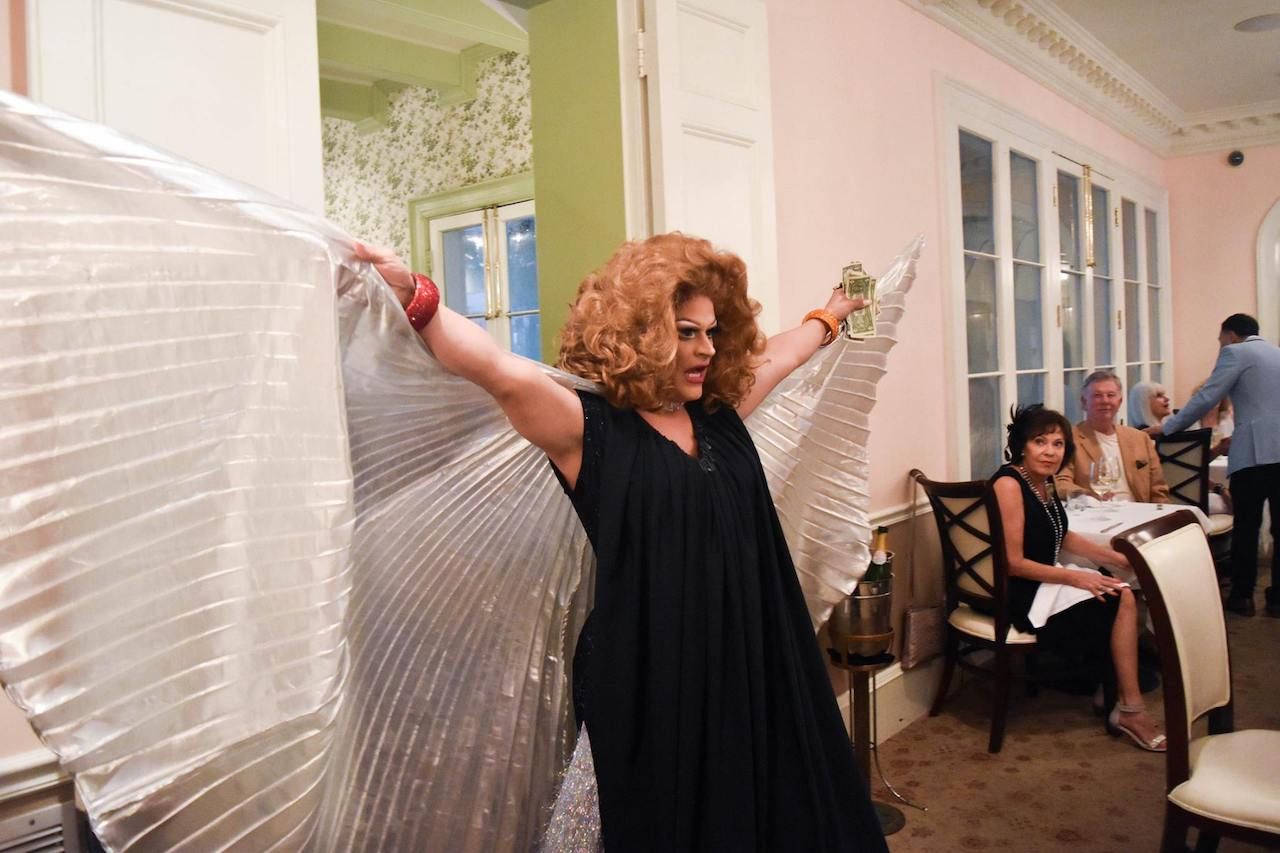 This Big Easy party includes a performance by the Backstreet Boys; Bearracuda, the biggest bear dance party in the US; and topless pool parties. It all culminates with the Southern Decadence parade on Sunday, filled with marching bands, fun costumes, and carriages full of drag queens. Like all New Orleans festivities, the French Quarter is the party’s lively epicenter.

It’s only appropriate to enjoy a drag brunch on Sunday — and on Friday and Saturday. The most famous is the Queen B brunch at Broussard’s, with various showtimes available to see the likes of Miss Starr Alexander, Miss Karli LaCorre, and more. Just don’t forget your dollars to tip.

Stay at the Ace Hotel, a laid-back, bohemian property in the Warehouse District. The hotel is getting in on the Southern Decadence festivities with its “Cake” party on Saturday at its jazzy Three Keys venue, or opt to imbibe at its Alto rooftop pool. 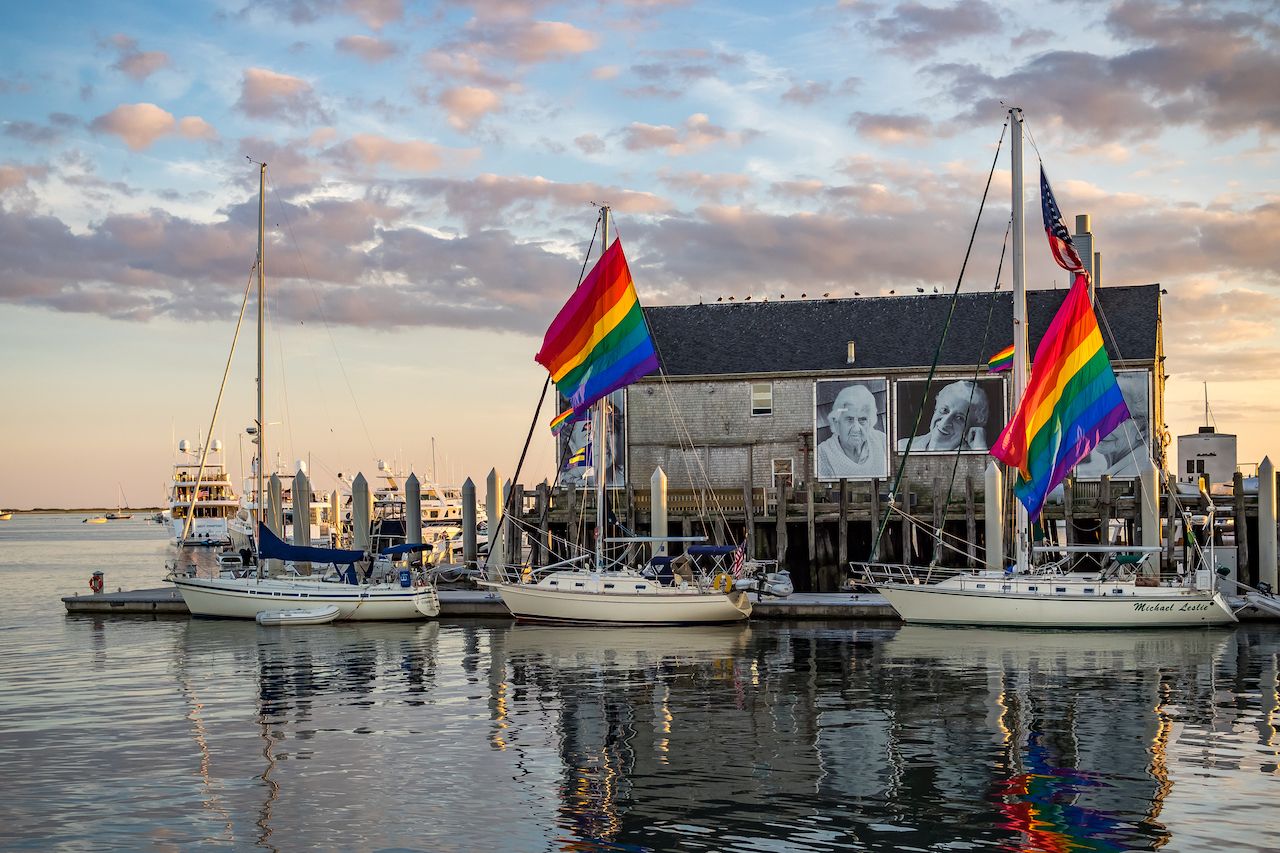 Provincetown (better known as Ptown) is an idyllic village on the tip of Cape Cod and the capital of New England’s queer community. The outpost began as an artist’s colony and has since evolved into an immensely popular LGBTQ summer destination, but many of the creative influences are still felt today, with dozens of art galleries lining Commercial Street from the East End to the West End. Every Friday in the summer Ptown hosts Gallery Stroll, an evening when exhibits stay open late for visitors to peruse through the works of local artists.

During Labor Day weekend, Ptown will be celebrating the White Party, so bring your best white outfits before the color goes out of season. Sip cocktails and people watch at Tea Dance — one of the town’s major LGBTQ (but hetero-friendly) events — which is a daily dancy party at Boatslip Resort & Beach Club from 4:00 PM to 7:00 PM. RuPaul’s Drag Race fan-favorite BenDeLaCreme hosts her stellar burlesque-inspired production every night this weekend at the Crown & Anchor. Other notable drag queens performing this weekend include Jinkx Monsoon, Raja, Dina Martina, and more.

Of course, a visit to Cape Cod is not complete without copious lobster roll consumption. Dine at the casual yet popular eatery Canteen, serving the best of these New England delicacies. You can also go on a sightseeing trip with Whale Watch Dolphin Fleet, a whale watching cruise guided by experienced naturalists that lasts three to four hours. 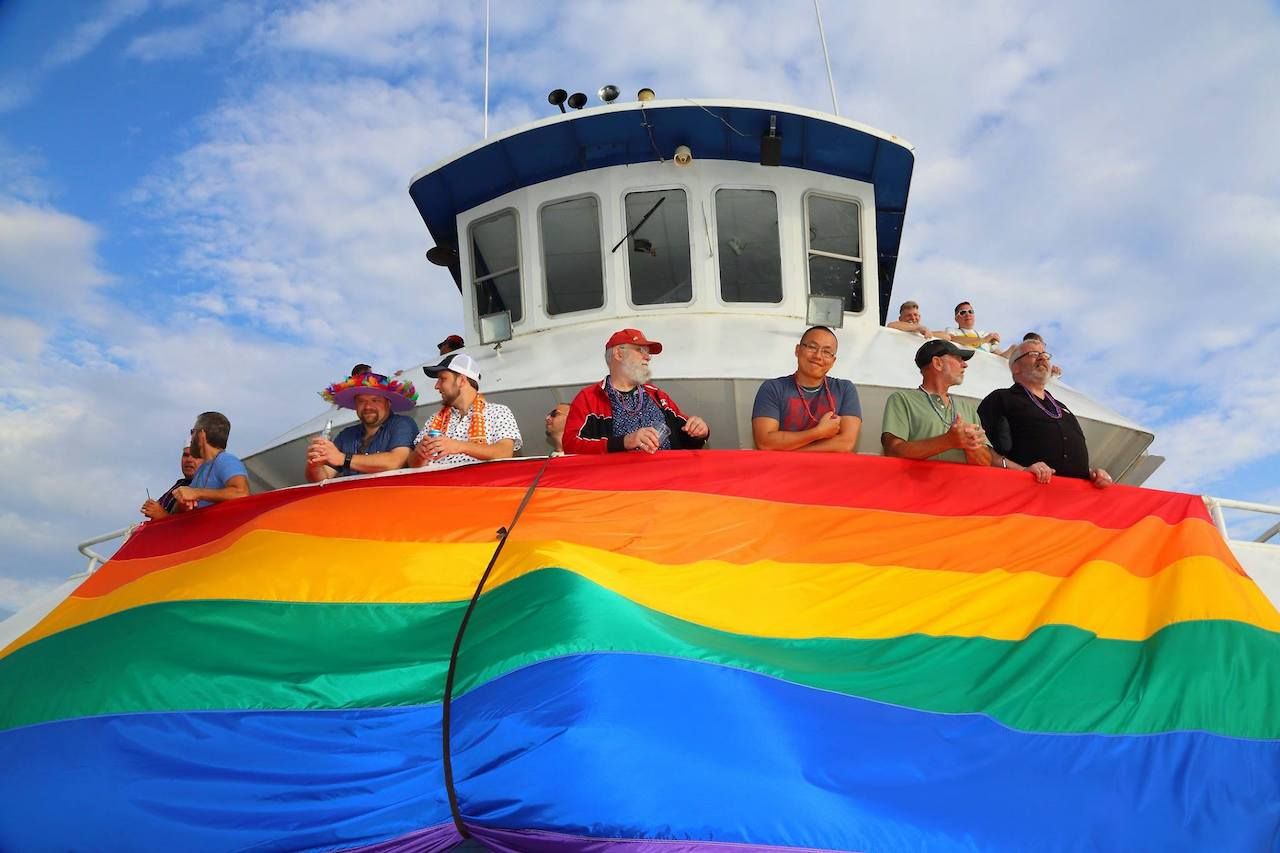 The Great Lakes region is most pleasant in the late summer months — home to frigid winters, Duluth transforms into a lakeside paradise during the (rather limited) sunny season. Minnesota’s second-largest city celebrates Duluth-Superior Pride over Labor Day weekend, one of the last queer festivities of the summer, with a variety of waterfront parties to enjoy while checking out this lesser-known destination.

The pinnacle party is at Bayfront Festival Park on Saturday, a free gathering to honor the Twin Ports LGBTQ community but welcoming to all, a token of the typical Midwestern friendliness. There will be live music, beer tents, local vendors, and fun games for families and children. From the park, you’ll be able to see Aerial Lift Bridge, the port city’s iconic steel landmark that was the US’ first transporter bridge.

After Saturday’s festivities, spend the rest of the weekend exploring the area’s low-key outdoor adventures with Duluth Experience, like kayaking through the world’s largest freshwater estuary or road biking along the Lake Superior’s picturesque North Shore. Duluth is home to many craft breweries — it’s not new to the trend, having begun brewing beer in 1881 — and Canal Park Brewery is the place to get boozy with a lakeshore view. The most rugged destination on this list, Duluth is wonderful for LGBTQ travelers seeking an active, nature-filled Labor Day weekend with a rainbow tinge. 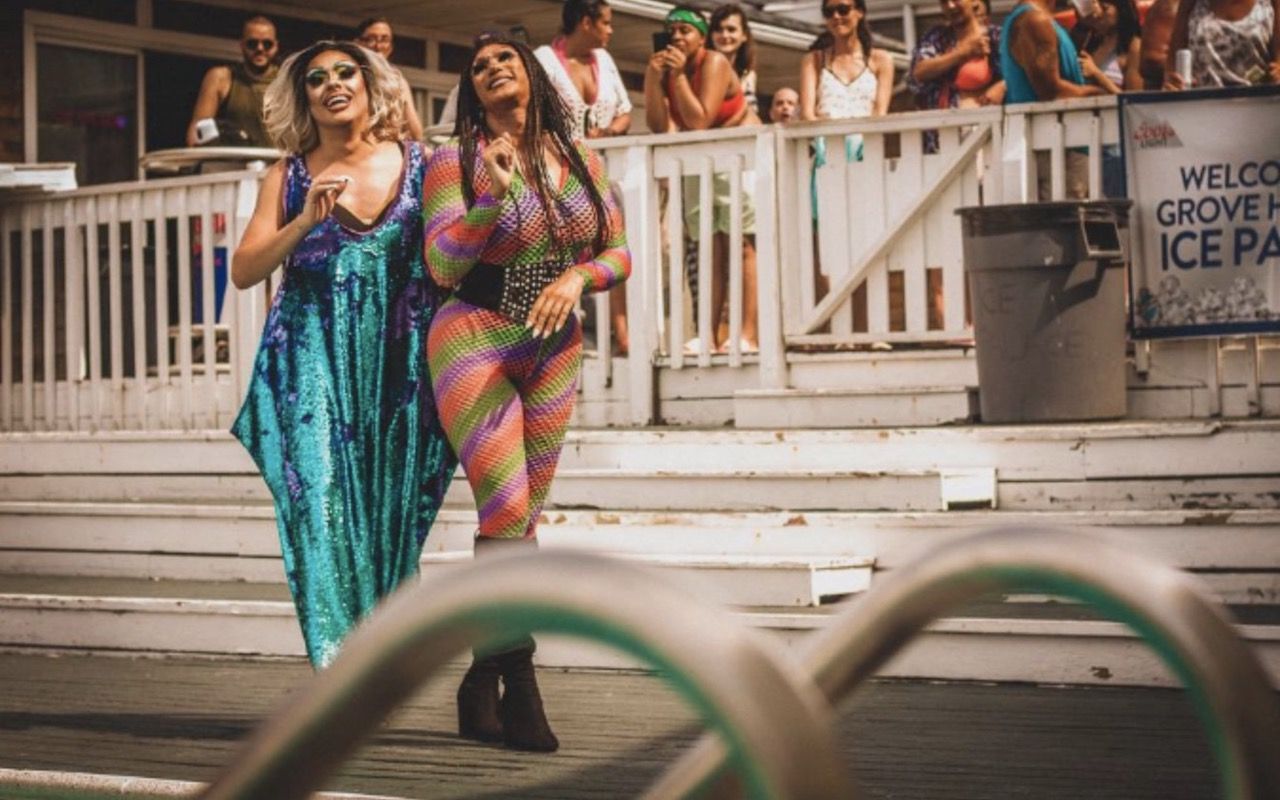 Fire Island is a barrier island about 50 miles southeast of New York City that becomes a veritable gay utopia in the summer months. The two predominantly LGTBQ enclaves on the island are Cherry Grove and Pines, two resort towns that have served as escapes from the fast-paced metropolitan lives of New York’s queer people for decades. Cherry Grove is more popular with lesbians and Fire Island Pines with gay men. Of course, people here are friendly and will welcome you no matter gender or orientation — but this dichotomy is good to keep in mind, depending on what you’re looking for. Both of these locales are car-free, meaning you can only get around by foot or bike, creating an intimately quiet community that is vastly different from nearby Manhattan.

Fire Island is full of many nightlife options, like the Pavilion, Ice Palace Nightclub, and Sip-n-Twirl. In Cherry Grove, the Grove Hotel hosts drag competitions (you’ll see plenty of drag queens in Fire Island) and Island Breeze is a modest eatery with delicious seaside bites and killer views of the Great South Bay. There are numerous “tea parties” happening all over the island at every hour, which sound classier than the reality — you will not find anyone drinking actual tea, but many alcoholic beverages instead.

Lodging options are slim during Labor Day weekend because many of the houses are booked months in advance, but Fire Island is still an accessible day trip by ferry from New York.