Compared to every other continent in the world, Europe has proven time and time again that it truly values its LGBTQ population. Whether this is demonstrated through anti-discrimination legislation, queer representation in government, or rich and diverse tourism, a large majority of the countries have set the bar for equality and acceptance.

In order to understand what countries in Europe are the most accepting of its LGBTQ citizens and international tourists, the European Region of the International Lesbian, Gay, Bisexual, Trans, and Intersex Association (ILGA) works to uncover the most accepting countries in Europe. It does so by ranking them based upon the following categories: equality and non-discrimination, family (adoption rights), hate crime and hate speech, legal gender recognition and bodily integrity, civil society space, and asylum. In short, it takes those countries with the most legislation protecting their LGBTQ citizens, along with taking account of how accepting the general population is of same-sex relationships and transgender people and unearths the best (and worst) attributes of every country as it relates to LGBTQ rights and acceptance. So, with that being said, these are ILGA’s top picks — some just might inspire your next vacation. 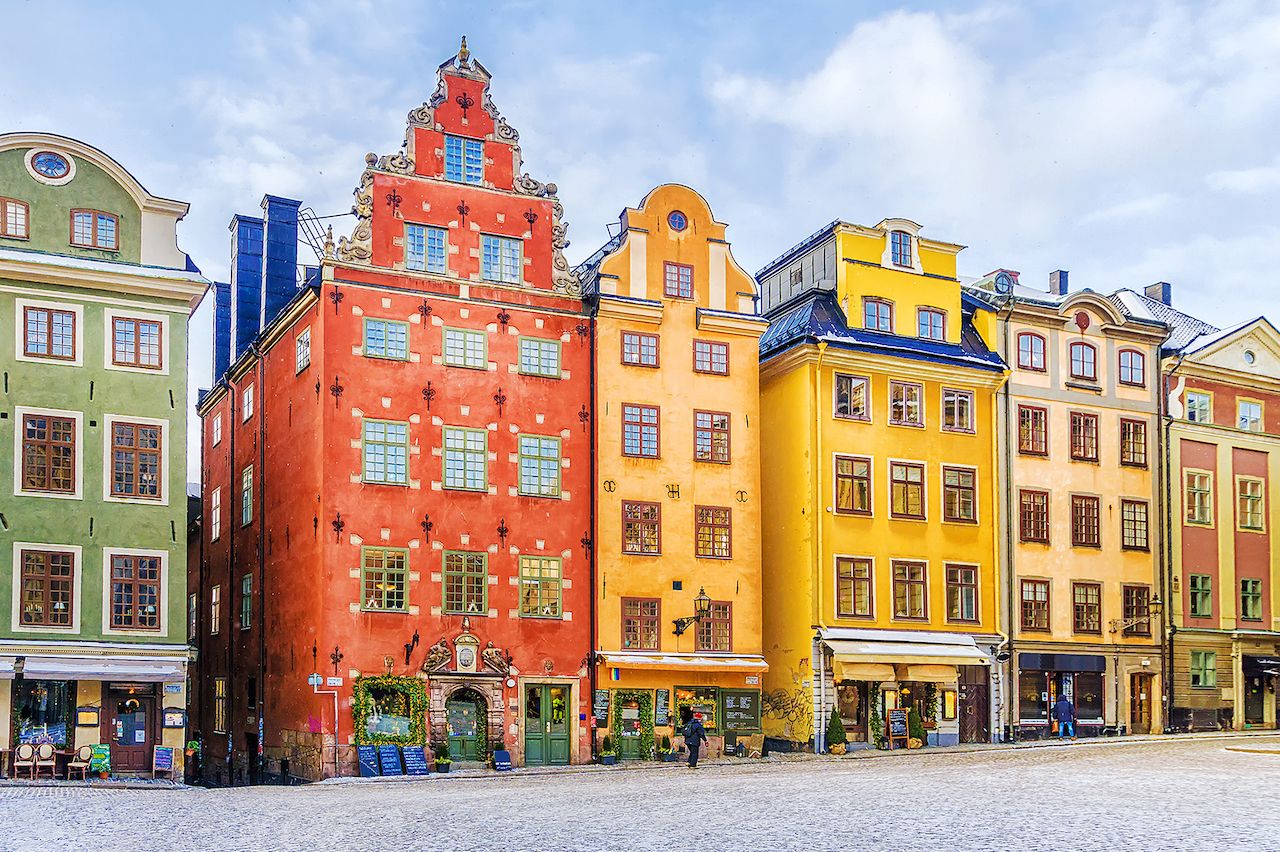 Sweden contains some of the most progressive LGBTQ legislation in the world, serving to protect and promote the queer culture in its country. Sweden actually became the first country to allow transgender people to legally change their gender post-sex reassignment surgery, enacted in 1972 — and shortly after, in 1979, being transgender was no longer considered a mental illness in the country. Since 1987, discrimination on the basis of sexual orientation and gender identity has been banned in Sweden — followed by equally progressive legislation that made it possible for every LGBTQ person to feel welcome in the country. 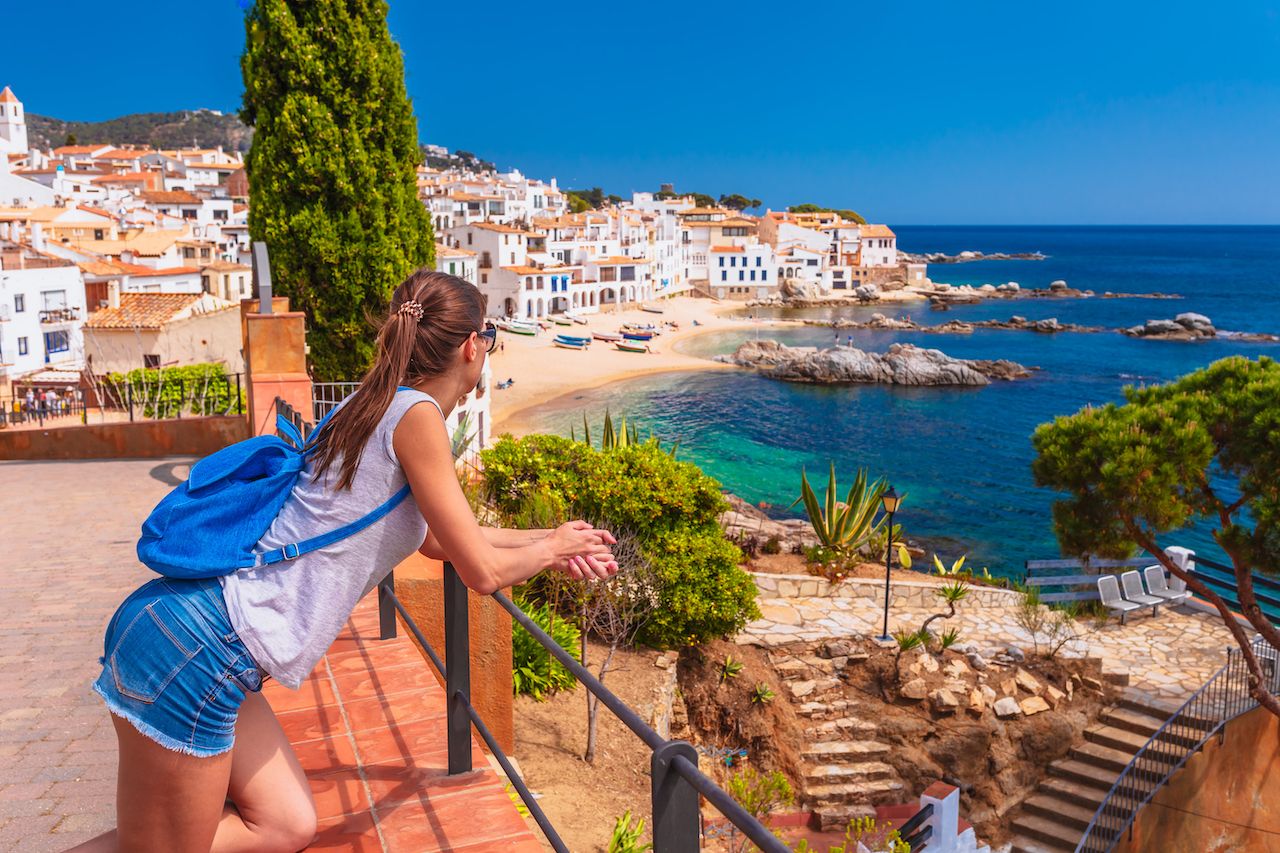 In the very beginning of Spain’s history, the Romans were considered to be one of the first ancient societies to allow and normalize sexual interaction between men. In fact, in Ancient Rome, marriage between two men was actually legal. Between that period of time and 1979, the legalization of same-sex sexual activity flip-flopped significantly as the opinions of the government and the people changed. Despite this turbulent time, Spain has somewhat made up for this indecision by making the country a more accepting place for its LGBTQ community, allowing them to donate blood, serve openly in the military, get married, and adopt children since 2005. Gran Canaria, an archipelago off the Atlantic coast that belongs to Spain, is considered an international LGBTQ tourist destination.

Similar to its Scandinavian neighbors, Denmark is incredibly accepting of LGBTQ people. In 1989, Denmark became the first country in the world to legalize same-sex unions — eventually legalizing same-sex marriages in 2012. Since 1989, Denmark has remained ahead of its time, banning discrimination on the grounds of sexual orientation since 1996, and even giving transgender people the right to change their legal gender without a diagnosis, hormone therapy, surgery, or sterilization. Its capital, Copenhagen, has often been named one of the most LGBTQ-friendly cities in the entire world, famous for its annual Pride parade, combining political issues with films, concerts, and a parade. 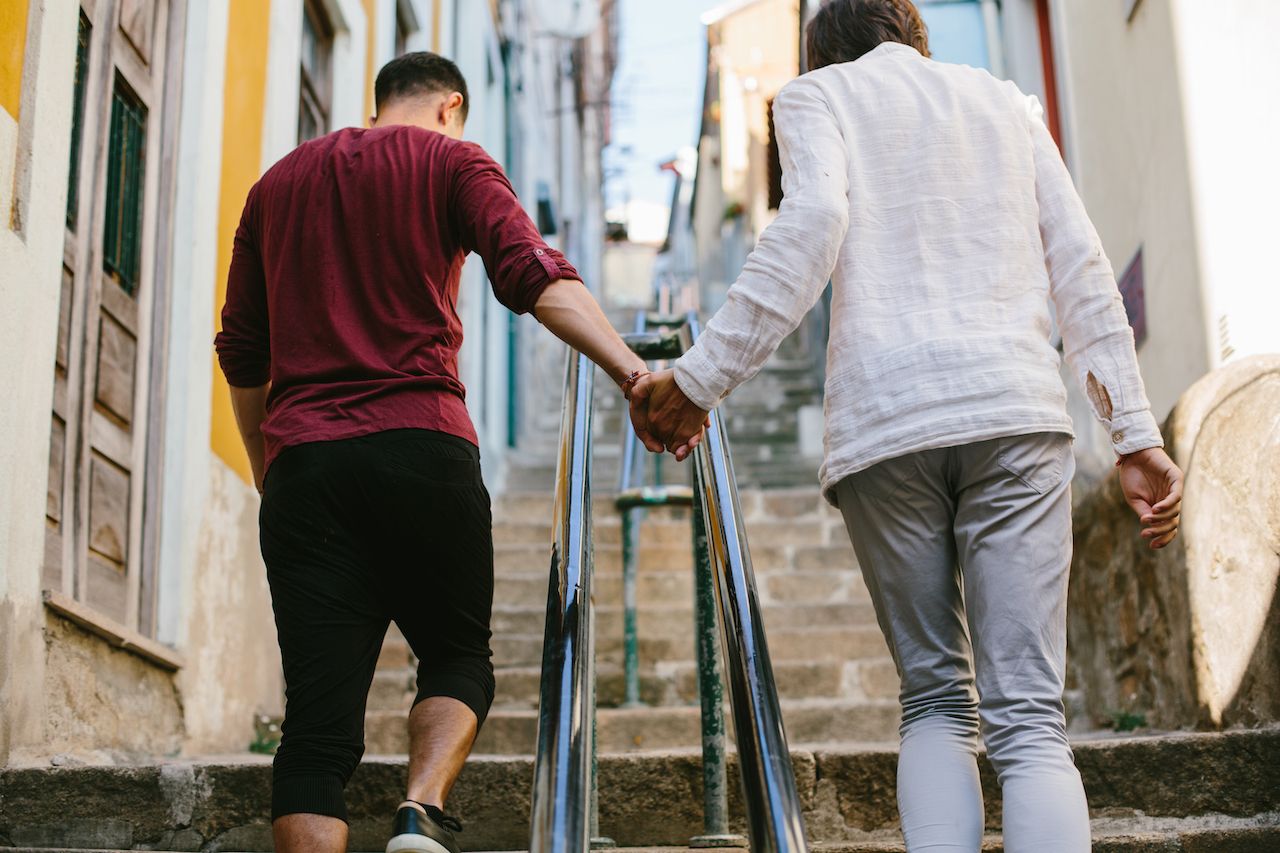 Though LGBTQ people were commonly oppressed between 1932 and 1968 during the Salazar dictatorship, Portuguese society has become incredibly accepting of all members of this community, along with the decriminalization of same-sex activity in 1983. To date, Portugal is one of only a few countries to actually include a ban on discrimination based on sexual orientation in its constitution. Not only that, but Portugal is said to have one of the most advanced gender identity laws in the world, which simplifies the process of sex and name change for transgender people, ratified in 2011.

While the country is still heavily influenced by Roman Catholicism, it still does contain a thriving LGBTQ scene, with Lisbon and Porto maintaining some of Europe’s best and brightest gay bars and nightclubs. 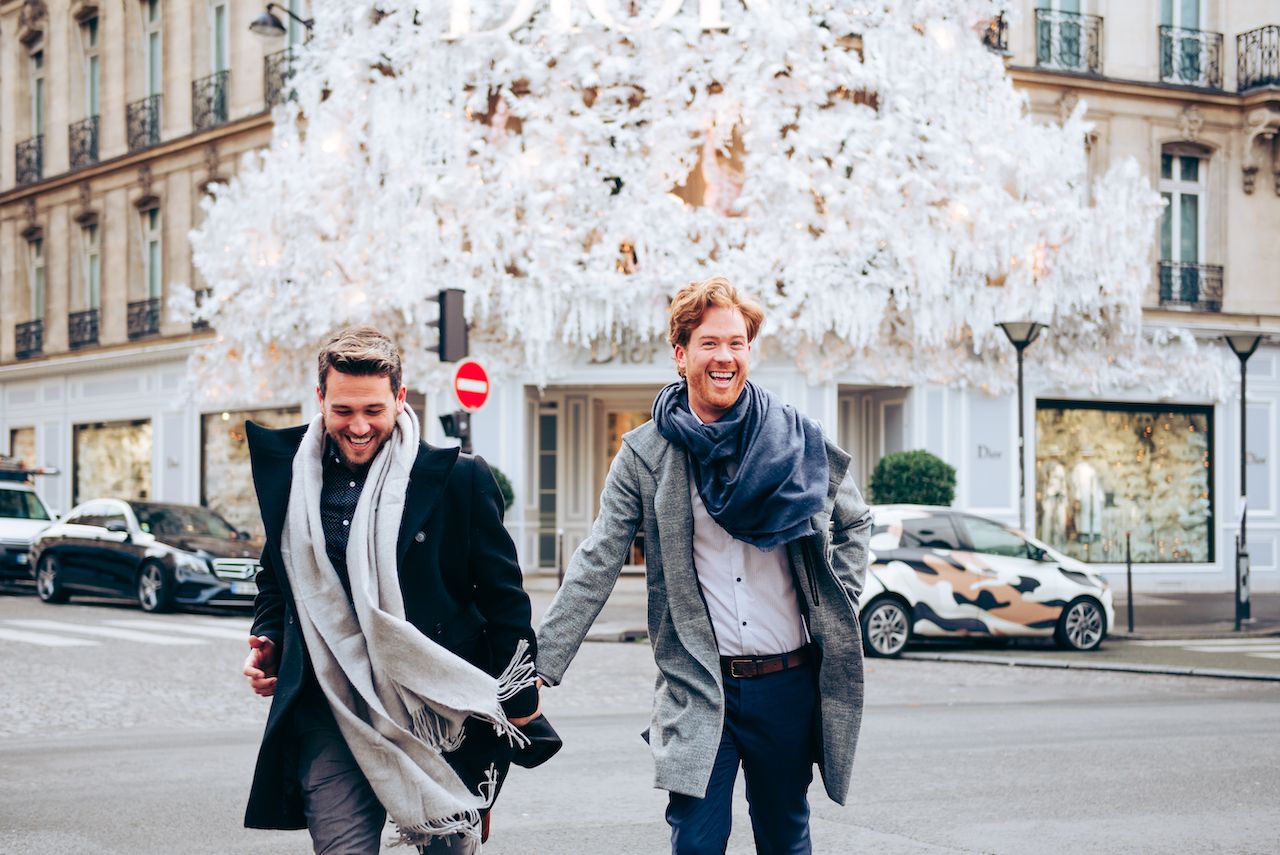 The LGBTQ rights in France have come a long way since the days of the Ancien Régime when same-sex sexual activity was considered a capital crime punishable by death. However, in a move that made France one of the more liberal countries in the world during this time, all sodomy laws were repealed in 1791 during the French Revolution — and remained that way until new laws regarding indecent exposure were created to target homosexuals in 1960. This slow acceptance eventually gave way to new laws, enacted between 1985 and 2012, banning discrimination against all members of the LGBTQ community. In fact, France became the first country in the world to declassify transgenderism as a mental illness in 2009, according to Time Magazine. Years later, Paris has become a prime getaway for queer people — with a number of bars, restaurants, and establishments run by and for the LGBTQ community. 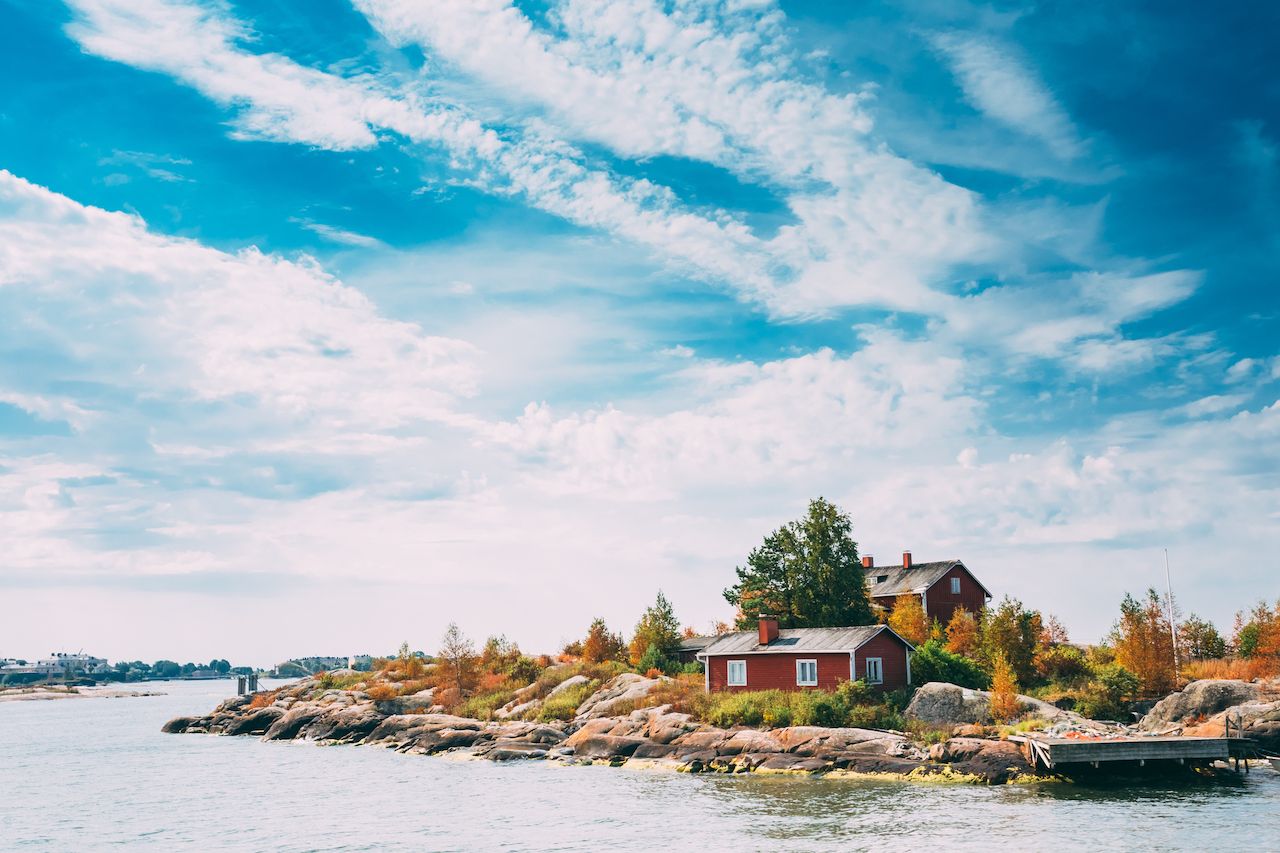 For decades, Finland has been considered one of the most accepting and liberal countries in the entire world. Since 1995, it has been a criminal offense to discriminate against members of the LGBTQ community based on their sexual orientation, and then the same protections were given for transgender people in 2005. Then, in 2013, the Finnish Medicines Agency made Finland one of the few countries in the world to repeal a permanent blood donation ban for men who have had sex with other men. And, while there is still some objection to LGBTQ marriages being performed in churches across the country, most citizens want to foster a nurturing and accepting environment for all people. 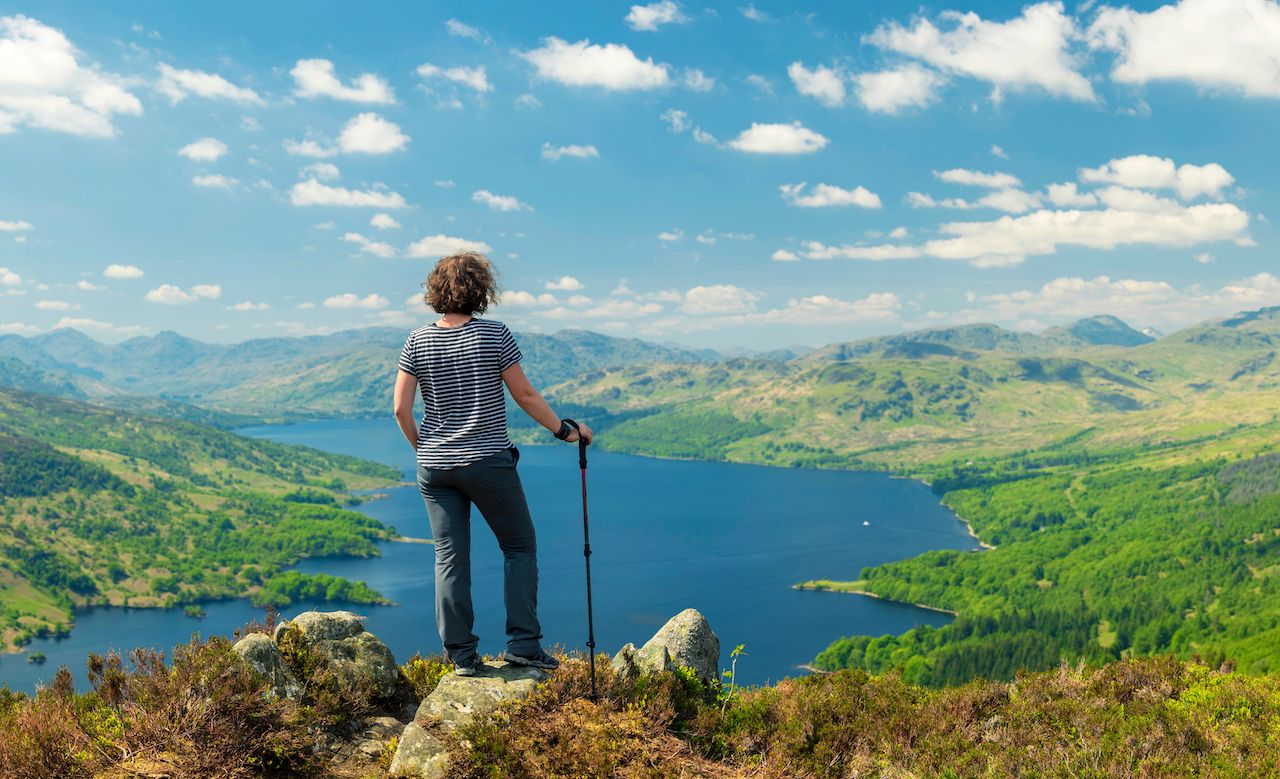 At 73.48 percent accepting, the United Kingdom has improved dramatically from its once medieval restrictions on members of the LGBTQ community, in which accusations of such activity was punishable by death until 1967. Strangely enough, these restrictions only existed against gay men — never lesbians. Beginning in 2010, discrimination protections have existed for all members of the LGBTQ community, with same-sex marriage legalization following close behind in England, Wales, and Scotland in 2014. As far as acceptance, according to a 2013 Pew Research poll, an overwhelming 76 percent of the UK agreed that homosexuality should be accepted by society — and this might also point to the large amount of LGBTQ representation in the government. At this point in time, the United Kingdom holds the world record for having the most out members of the LGBTQ community serving in Parliament, with 45 out LGBTQ MPs elected during the 2017 election. There is a particularly thriving LGBTQ scene in Brighton on the south coast of England, as well as other major UK cities like Cardiff, Bristol and, of course, London. 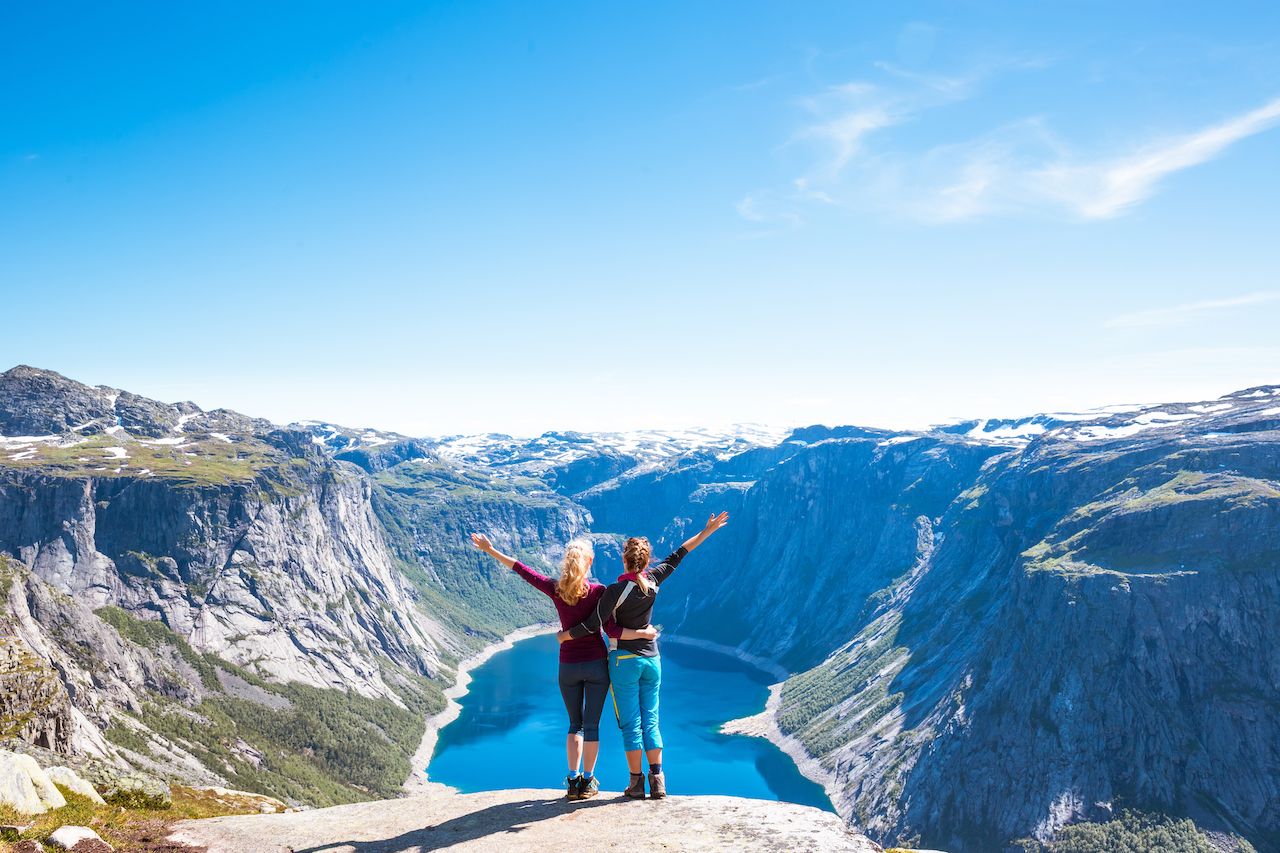 Like most of Scandinavia, Norway is incredibly accepting of those who identify as a part of the LGBTQ community. Ranking third on ILGA’s list, Norway has made it illegal to discriminate against LGBT people since 1981. Decades later, same-sex marriage, adoption, and IVF/assisted insemination treatments for lesbian couples have been legal since 2009. Then, seven years later, Norway became the fourth country in Europe to pass a law allowing transgender people to change their legal gender. Perhaps most prolifically, all members of the LGBTQ can openly serve in the Armed Forces — and have been doing so since 1979. 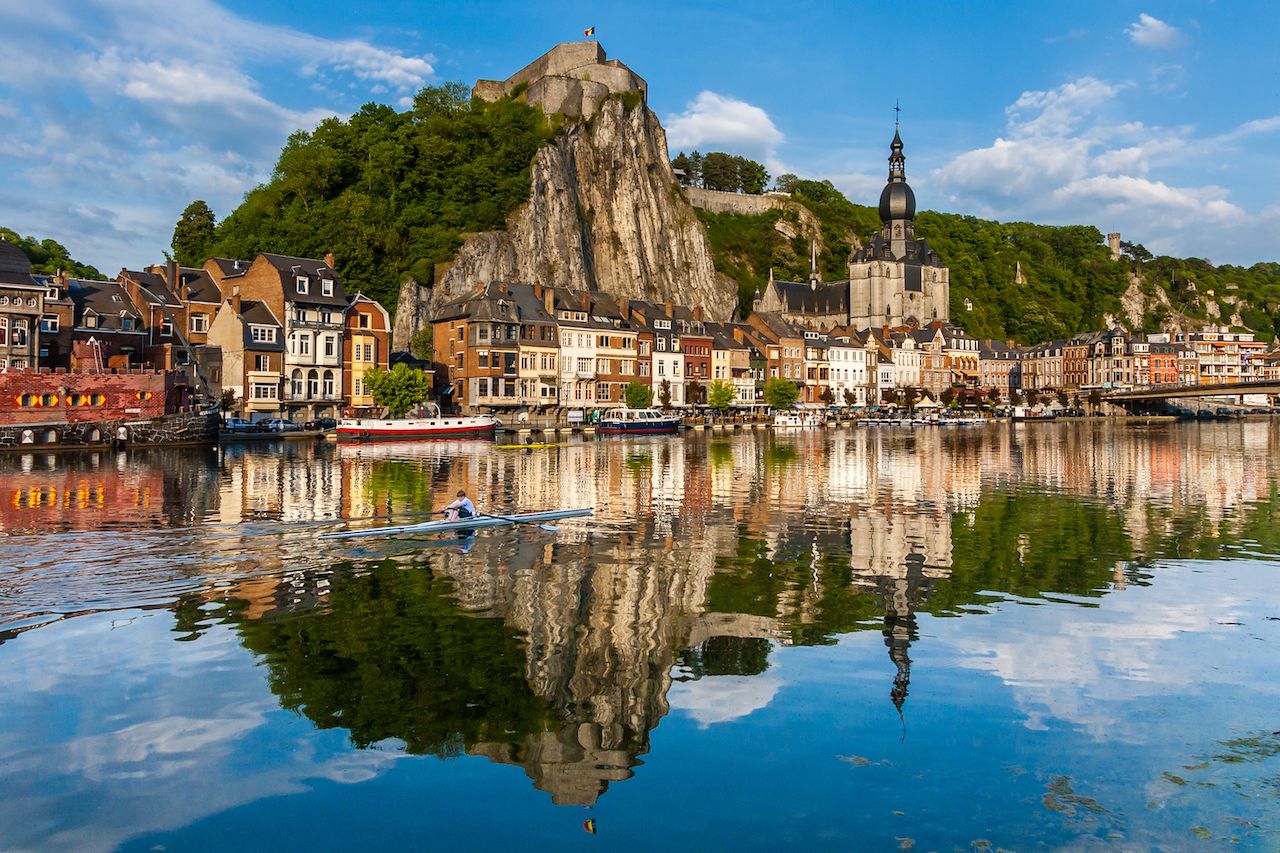 Coming in at second on the list, Belgium is said to be 78.76 percent accepting of the LGBTQ community. Considered to be one of the most progressive countries in Europe, Belgium legalized same-sex sexual activity centuries ago in 1795. Then, in 2003, Belgium became the second country in the world to take the next step and legalize same-sex marriage. That same year, discrimination protections based on sexual orientation in housing, employment, and public and private accommodations were enacted — with the same protections written to stop discrimination based on gender identity and expression in 2014. Polls throughout Belgium demonstrate that everyone is relatively accepting of LGBTQ people — and queer people feel fairly represented in government. Interestingly enough, the previous prime minister, Elio Di Rupo, is one of the few openly gay men to become a head of state in the world. 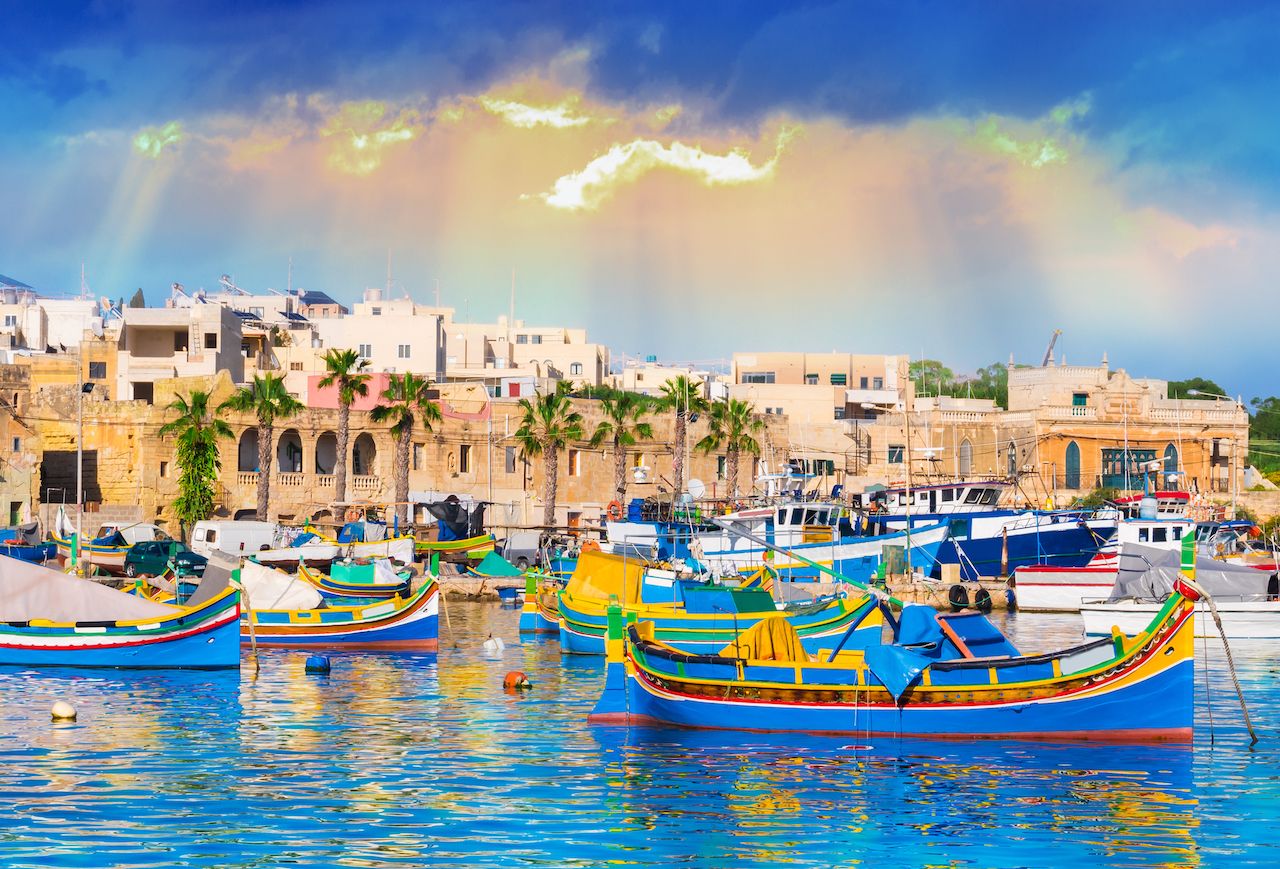 Named as the most LGBTQ-friendly country in Europe with a rating of 94.04 percent accepting, Malta has become a haven for queer fun and acceptance. To date, Malta is one of only five countries in the entire world to have enforced LGBTQ rights at a constitutional level, according to a study by UCLA, adding protection from any discrimination on the basis of sexual orientation and gender identity. Especially in the workforce, members of the LGBTQ community don’t have to worry about being discriminated against, as the government ensures that they’ll be given an equal opportunity to thrive. The only downside of this incredibly accepting community is now the lack of bars and institutions dedicated to the LGBTQ community, as every restaurant, bar, and shopping center is considered to be accepting of any lifestyle.

LGBTQ TravelThe 25 Best LGBTQ Bars and Nightclubs in the US
Tagged
LGBTQ Travel Europe
What did you think of this story?
Meh
Good
Awesome