Anyone seeking out the wildest party on either side of the Mississippi knows there’s only one celebration that lasts a month and gets an entire city involved: Mardi Gras. A New Orleans tradition dating back to the 1600s, Mardi Gras is one of the world’s most famous and largest carnivals. The celebration is so large, in fact, that it can be overwhelming, and that’s why visitors shouldn’t go without a little background information to help them prepare — including the basics like what day new Orleans’ Mardi Gras starts. Read on for everything you need to know before you go to New Orleans’ Mardi Gras in 2022.

Why do we celebrate Mardi Gras?

The Mardi Gras season is a time of celebration before the Christian Lenten period begins, which is the 40 days of fast leading up to Easter. Mardi Gras translates to “Fat Tuesday” in French, and Fat Tuesday is the final day before Lent officially begins on Ash Wednesday. Mardi Gras celebrations in the US originated in New Orleans, which is why the city still draws such a raucous crowd to this day. In 2022, Fat Tuesday is on March 1 and Ash Wednesday is on March 2. 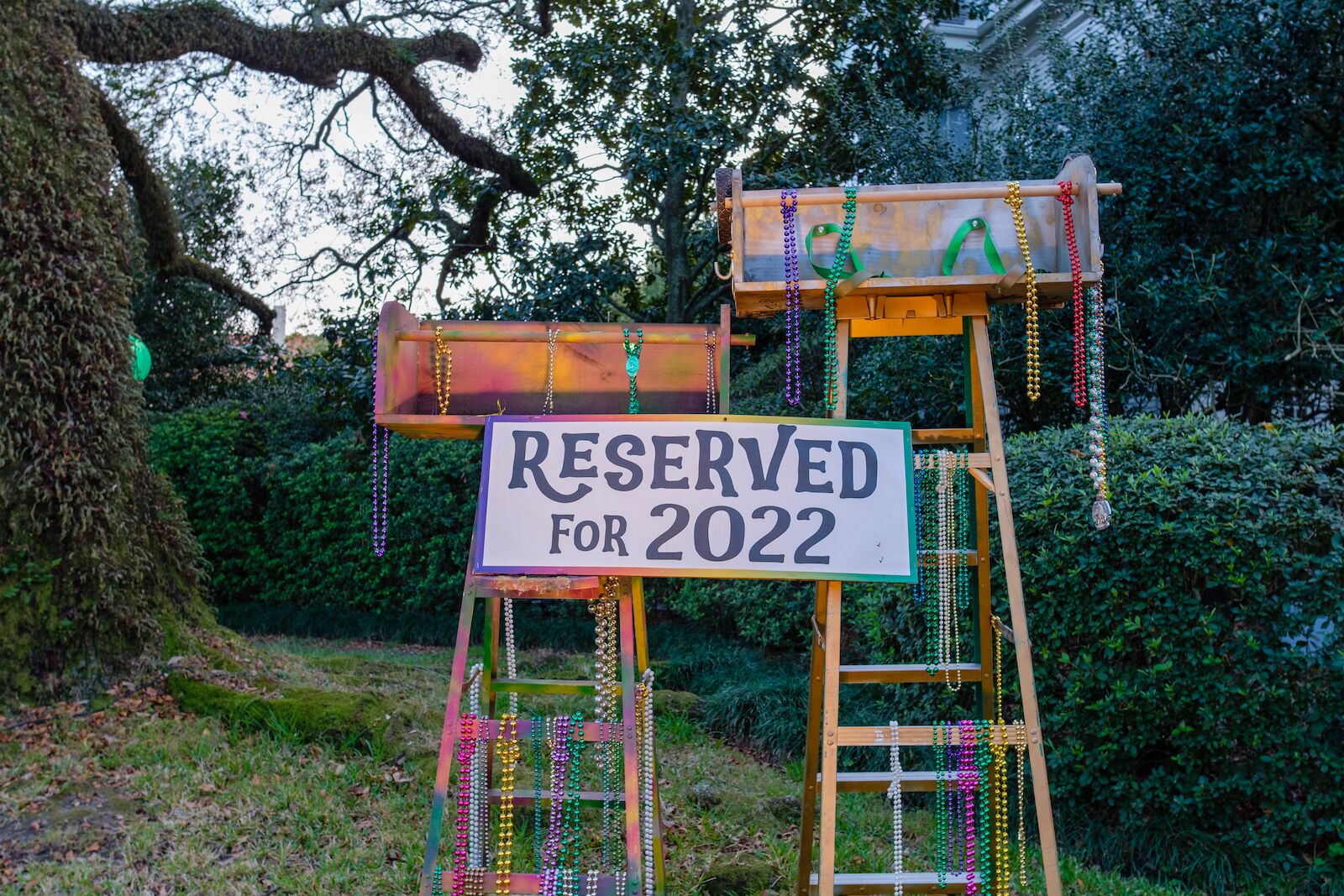 New Orleans’ Mardi Gras is a month-long, citywide celebration. It’s not just one day or in one place. Technically, Mardi Gras — also known as the Carnival season — begins on King’s Day, i.e. January 6, 2020. However, most of the parades and celebrations in New Orleans happen two weeks to one month before Mardi Gras Day, or Fat Tuesday. During the weeks leading up to the Mardi Gras Day parades, however, there are parades happening every weekend, and the city nears full-throttle.

Plan a trip to New Orleans anytime within the Mardi Gras season and you’ll get a taste of the revelry that makes this citywide party famous. However, the biggest parades of the season begin the Wednesday before Fat Tuesday. Proteus (on Lundi Gras, or Fat Monday), Rex, and Zulu are the most historic parades of Mardi Gras, while the largest include Endymion (on the Saturday before Mardi Gras) and Bacchus (on the Sunday before Mardi Gras). Other notable parades include Muses (featuring an all-female krewe) and Tucks.

The groups of people who put together floats for the parade are known as krewes, and each krewe plans a different theme with a different look for their float, depending on the purpose of their organization.

And, despite what you may have heard, none of the major parades actually happen on Bourbon Street. That’s just where you can find the party, day and night.

Sure, the flights and hotels are pricey around Mardi Gras time, but Mardi Gras itself is a free event that’s open to the public. You don’t need to purchase tickets or pay admission to watch the parades. Just find a spot early in the day and enjoy your prime viewing position at no cost. If you prefer a designated area to retreat to, you can buy passes to watch parades from the grandstands, which are lined up along the parade routes.

That said, if you want to spend some time in the best bars in New Orleans, like Tropical Isle and Bourbon Pub and Parade, you’ll need to have your credit card at the ready — Daiquiris aren’t complimentary.

New Orleans’ Mardi Gras is not all beads and booze 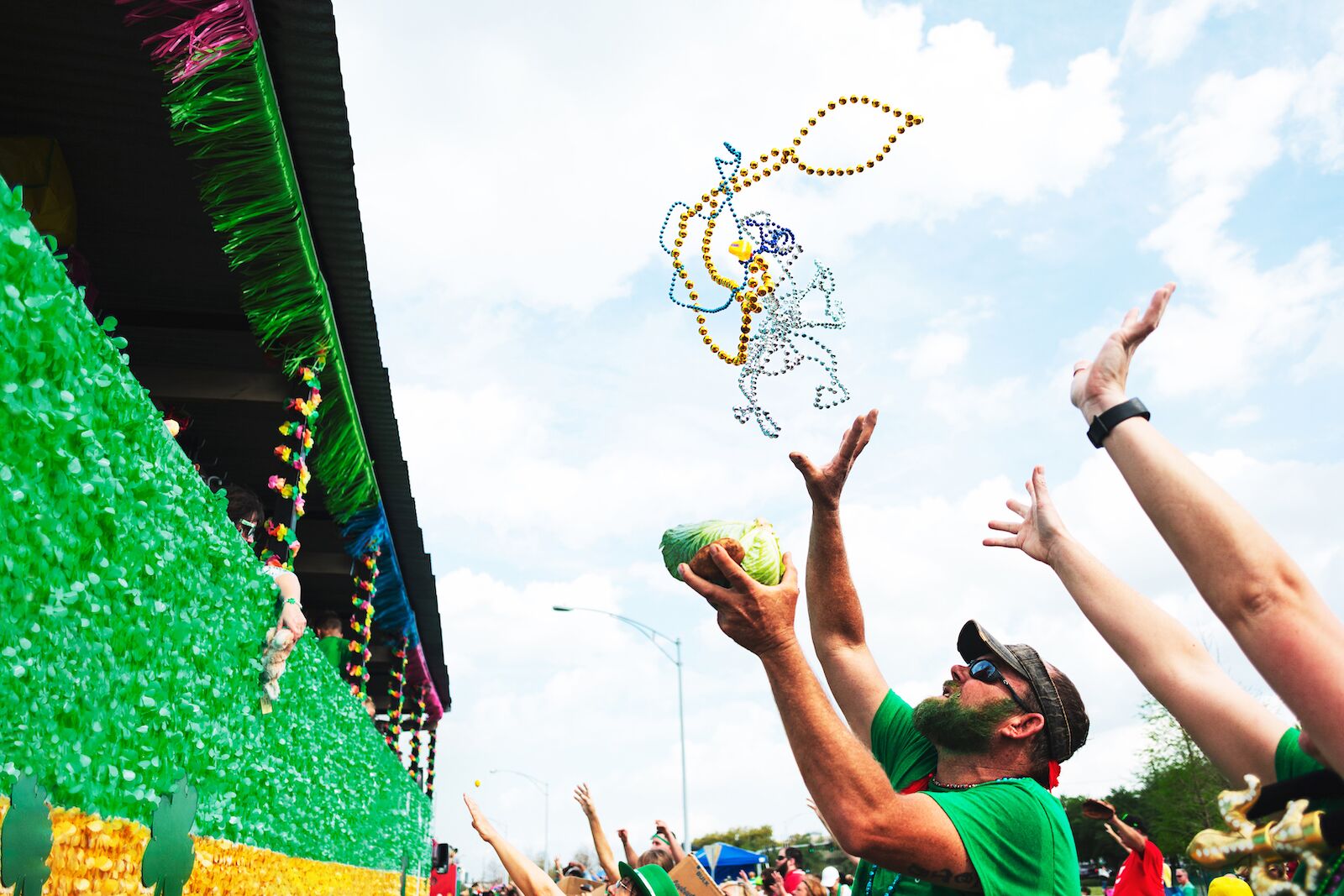 The Mardi Gras beads tradition remains strong, but those who have never attended a Mardi Gras celebration in New Orleans may not realize that the event isn’t all beads and booze. Sure, there’s a lot of both, but beads aren’t the only thing being thrown from the parade floats. Different parades and krewes have different throws, including decorated shoes, toys, cups, aluminum doubloon coins, and even coconuts. If you’re lucky, you may even score a headdress adorned with LED lights or a set of beads that light up.

And please, don’t be a bad tourist: Skip the flashing. It’s very much looked down upon by locals — and won’t get you any extra beads.

Plan to dress up for New Orleans’ Mardi Gras 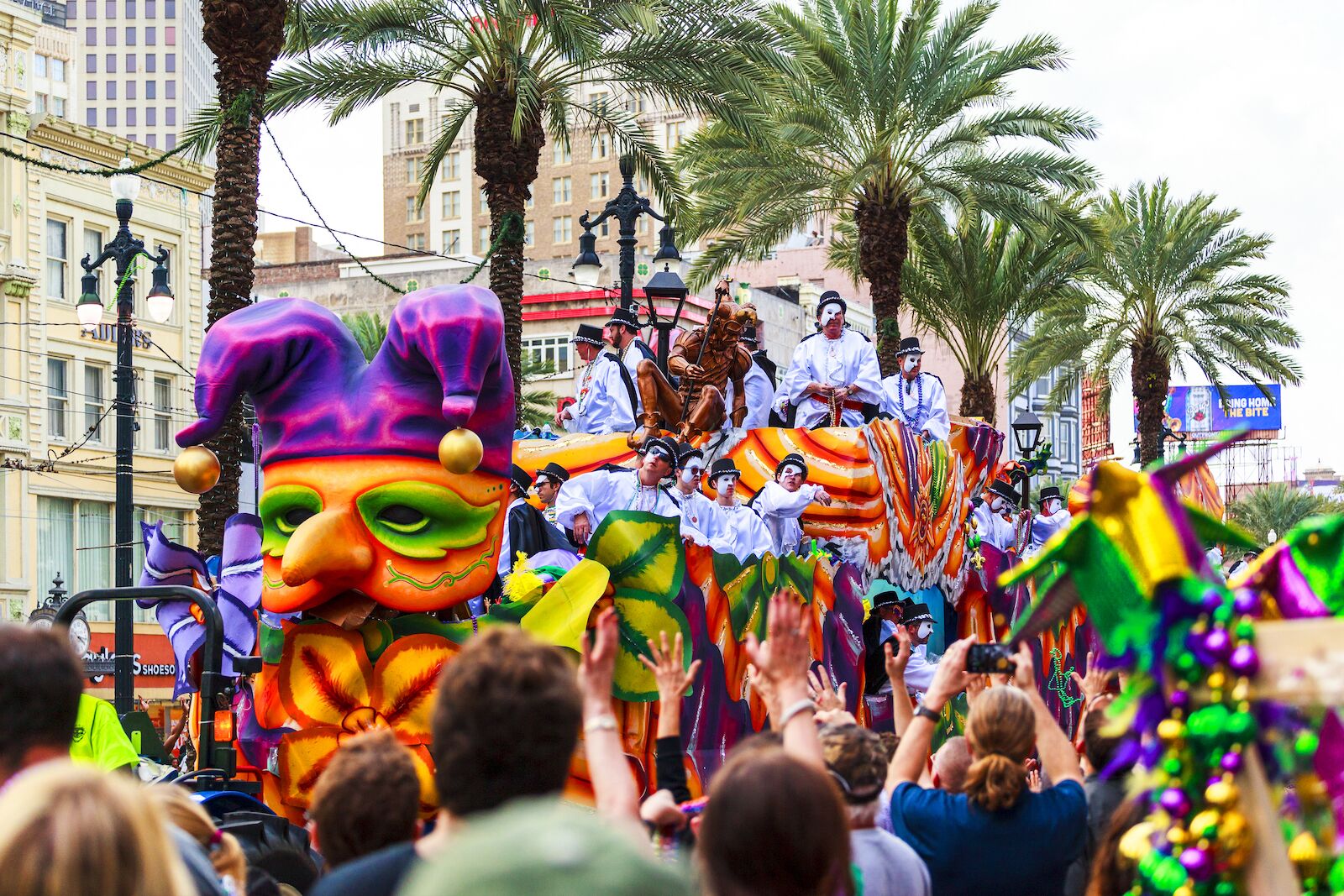 Part of the fun of Mardi Gras in New Orleans is dressing up for the parades and parties. Float riders are required to wear masks in order to preserve the air of mystery around who’s in which krewe, but this practice has spread to partygoers, too. Purple, green, and gold are the traditional colors of Mardi Gras, but anything over-the-top festive will do. (You may want to stick with closed-toe shoes, though, to avoid coming home with trampled, filthy toes.)

Because New Orleans is actually a happening place for several weeks leading up to the official Mardi Gras Day, you don’t have to be in attendance on Fat Tuesday to say you went to Mardi Gras. Go early and you may have a better and more affordable experience; the city is a bit calmer and less crowded during those off-peak times, and you might be able to score a better deal on hotels and flights.

Those who are wary of large crowds or simply want to take a budget-conscious trip to New Orleans should consider attending the earlier parades to get a taste of Mardi Gras in a more approachable way. Mardi Gras weekend (the Saturday and Sunday before actual Mardi Gras) and the days leading up to Fat Tuesday are the most difficult times to visit; streets are closed, restaurants have limited hours, and crowds will be a major factor in anything you hope to do during your visit. If you’re trying to explore more of New Orleans than just the parades, the days around Mardi Gras proper get more challenging.

Festivals9 Ways To Humiliate Yourself at Mardi Gras
Tagged
Festivals Holidays New Orleans, LA, United States
What did you think of this story?
Meh
Good
Awesome