The Hemingway Daiquiri should, by the very name of the drink, transport you to 1940s and ‘50s Cuba through Hemingway’s tastes. Yet as I drank one on a sweltering 95 degree afternoon in New York City, the drink couldn’t feel further from the author and the island nation. And the reason why is simple: Earnest Hemingway would never be satisfied with his namesake cocktail.

Today’s Hemingway Daiquiri is made with white rum, maraschino liqueur, grapefruit juice, lime juice, and simple syrup. It’s a delightful drink and a retreat from the real world on a hot summer day. It’s tart without being pucker-inducing, sweet without being saccharine, and boozy without knocking you off your bar stool. It’s also a far cry from the Daiquiris that Hemingway actually drank.

Hemingway’s preferred Daiquiri was much less sweet and had a double dose of rum, Hilary Hemingway, his niece, told NPR. Sometime in the 1930s, Earnest Hemingway walked into a Havana bar called El Floridita to go to the bathroom. He tried a Daiquiri made by renowned bartender Constantino Ribalaigua (some stories say he passed by some Daiquiris prepared for other people and took a sip; others say he ordered one) and remarked that there should be more rum and less sugar. In short, he wanted it simpler and, most importantly, a lot stronger.

Hemingway wasn’t one to mince his words. This is, after all, the same person who wrote that one should “always do sober what you said you’d do drunk” because “that will teach you to keep your mouth shut.”

Ribalaigua whipped one up to Hemingway’s strong (and extremely unbalanced) specifications. He dubbed it the Papa Doble. Papa referred to Hemingway’s nickname on the island, and doble referred to the double shot of rum. Today, tourists flock to the bright pink El Floridita bar more than any other bar to order a Daiquiri. The bar itself lays it on thick, with a golden statue of a Hemingway sitting at the bar for photo ops, and a famous quote from the writer, “Mi mojito en La Bodeguita, mi daiquiri en El Floridita,” hanging on the wall.

Building off a legend 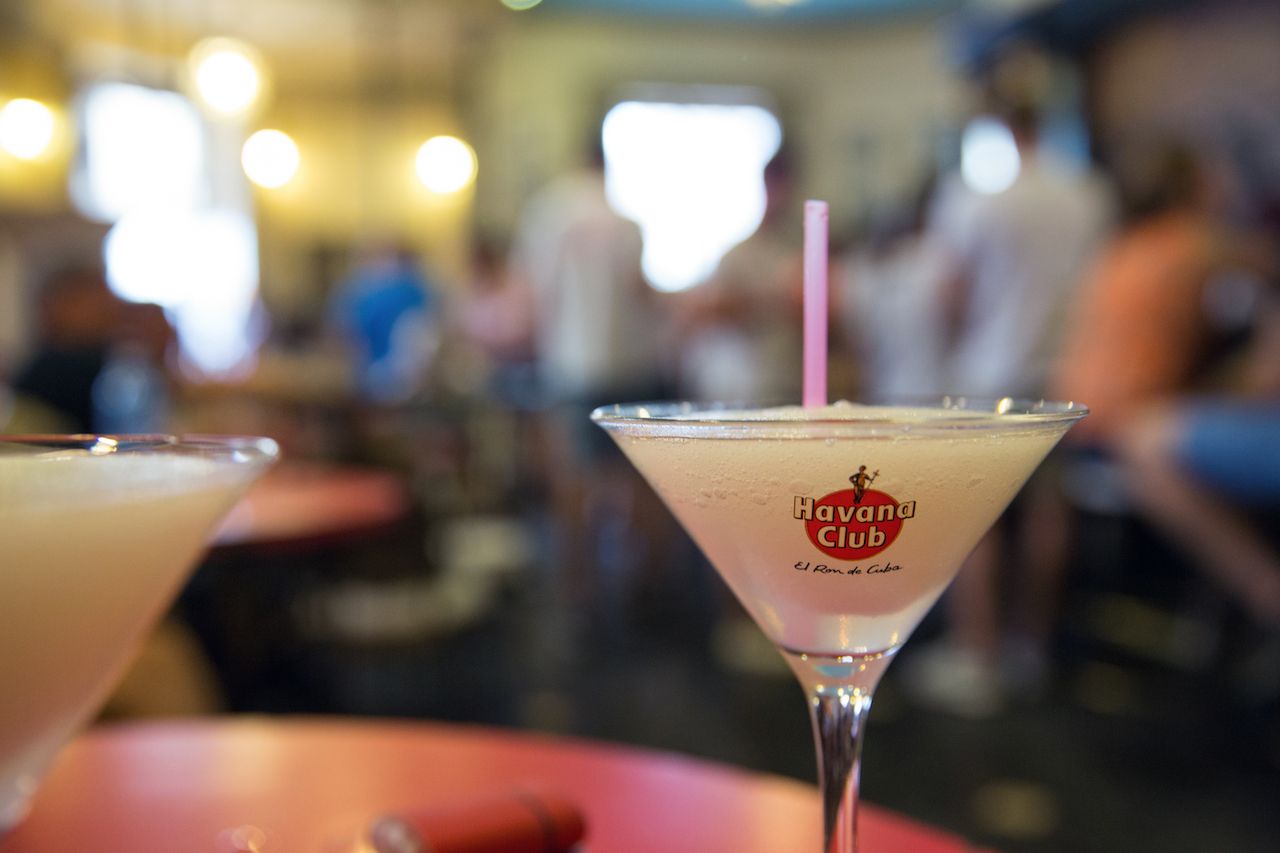 Another American had their fingerprints on the Daiquiri long before Hemingway arrived on the island. That original is closer to the Cuban nation than the grapefruit and maraschino version we now know and attribute to Hemingway.

The Daiquiri’s backstory starts with thirsty engineers from the US around the year 1900. Technically, it starts whenever someone had the obvious idea to combine rum, sugar, and lime, but that’s a whole other story, and true cocktail histories are notoriously hard to pin down. During the Spanish American War, US troops (including Teddy Roosevelt and his Rough Riders) landed on a beach called Daiquiri near the town of Santiago. The beach and town became a hub for US activity.

One such activity was mining. Mining companies at the time were exploiting the region for its natural manganese reserves while the US was simultaneously telling Spain to back off because the Americas should be independent from European control as laid out in the Monroe Doctrine. Along with mining came drinking, because entertainment is paramount.

According to Daiquiri legend, a mining engineer named Jennings Cox was throwing a party and needed to make some cocktails. He ran out of gin, so he grabbed some local rum. He mixed up a simple sour cocktail with rum and citrus and sugar and then added ice. Rather than following the cocktail naming convention of the time and calling it a rum sour, Cox named it after nearby Playa Daiquiri, which is midway between Santiago and Guantanamo.

It was a hit. Cox passed his original recipe (which can be seen today at the Merrick Library at the University of Miami) to bartenders in Santiago. Eventually, the US Navy caught on, and naval medical officer Lucius W. Johnson brought the cocktail stateside to the Army and Navy Club in Washington DC in 1909. It was so influential there that the club named a second floor room after it: The Daiquiri Lounge.

Just a decade later is when Hemingway had that fateful bathroom trip. It inspired him so much that in his posthumously published novel Islands in the Stream, there’s a character named Thomas Hudson who downs frozen Daiquiris because when you drink them, they feel like how “downhill glacier skiing feels running through powder and snow.”

However, the first written mention of the Daiquiri, according to the Oxford English Dictionary, was penned by Hemingway’s sometimes friend F. Scott Fitzgerald. He even beat Hemingway to the double. In Fitzgerald’s 1920 novel This Side of Paradise, he writes, “Here’s the old jitney waiter. If you ask me, I want a double Daiquiri.”

From there, it took off in American cocktail lore, and not just with Earnest Hemingway.

The Hemingway legend lives on in name alone. 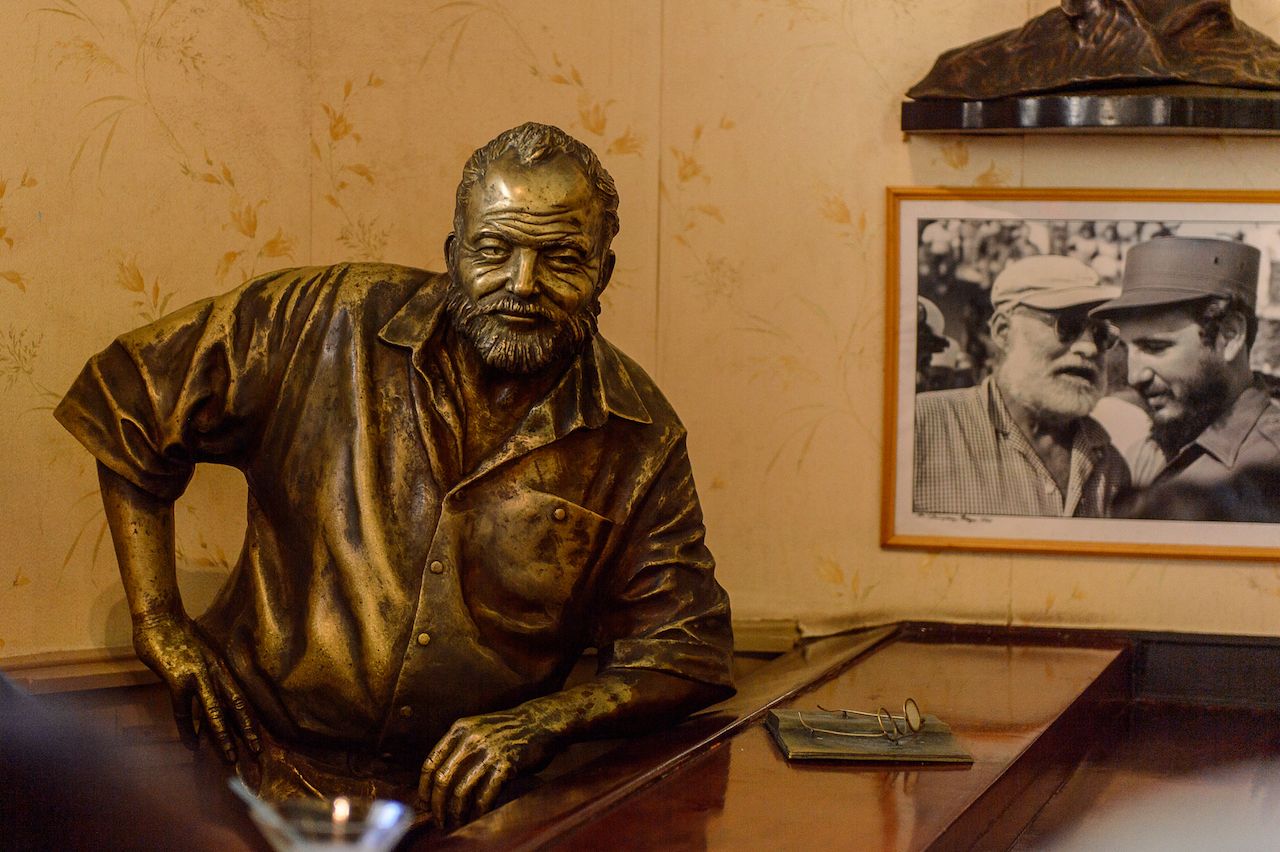 Constantino Ribalaigua was famous in Cuba long before Hemingway penned his name into history. Ribalaigua was known as el rey de los coteleros, or the “cocktail king.” His dad taught him how to work the bar, and he carried on the family profession, saving up enough money to buy Floridita in 1918 at the age of 30. There, he made a name for himself and for Cuban rum cocktails in general.

Only Ribalaigua and Hemingway know the truth of what went down that fateful day when Hemingway walked into Floridita for the bathroom. Neither are alive to confirm just which variation on the Daiquiri Hemingway had tried and modified — Floridita had numerous on the menu at the time. What we know is that today’s Hemingway Daiquiri is not the rum bomb that Papa ordered. Still, Hemingway and his Daiquiris (and, by extension, Ribalaigua and Floridita) are solidified in cocktail history.

“Everything is lovely here at the Nacional and the only thing lacking is you dear,” Hemingway wrote to his wife Martha Gellhorn in 1943. “If you could only see the view from my room looking out over the beautiful gulf stream and Oh those daiquiris that nobody makes like old Constantino.”

Ribalaigua changed the Daiquiri to give Papa Hemingway what he wanted. But his most lasting legacy borrowed the writer’s name while adding a Ribalaigua twist: grapefruit, maraschino liqueur, and a normal serving of rum. 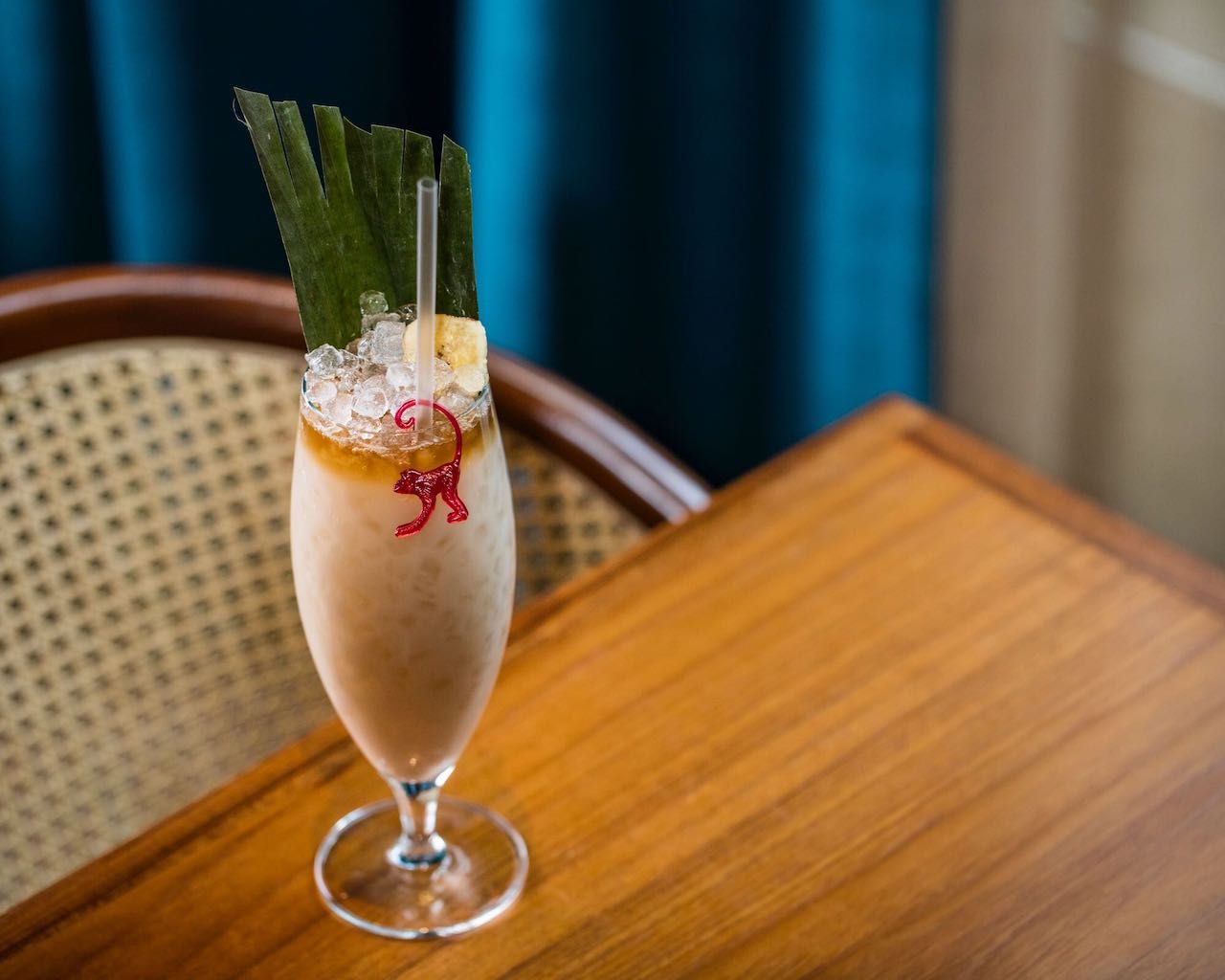 Credit: Eric Medsker for The Polynesian

Just because Papa wouldn’t have approved doesn’t mean you should shun the Hemingway Daiquiri and all its beautiful (and sometimes terrifying) iterations. The frozen Daiquiri, Hemingway’s Papa Doble included, increased the general appreciation for Daiquiris, sealing the drink in the minds of travelers as the ideal symbol of vacationing between the Tropic of Capricorn and the Tropic of Cancer.

Today’s top bartenders have continued the tradition of Ribalaigua and the Floridita by ever expanding what can be done with a Daiquiri. Ray Sak at The Polynesian created a Daiquiri variation called Make YOUR Banana Stand using rum infused with banana and three other types of rum. It’s a far cry from the simple and clean Cuban rum in the traditional, but travel-inspiring nonetheless. The Rum House in New York City has a full list of Daiquiris, including ones that use funky tropical rums and a blue Daiquiri called Real Deep Blue Daq — all served up in a coupe glass for a more refined take than Hemingway’s blended rum double.

My Hemingway Daiquiri did not transport me to Hemingway’s Cuba as I sat in that dark rum bar in New York City on that overbearingly hot day. It did give me a refreshing taste of vacation, though, and I like to think Papa himself would consider that enough.