When it comes to describing a cuisine, stereotypes are usually never welcome. But if there’s one widespread truth we know can confidently repeat when it comes to the French, it’s that they have perfected the art of cheesemaking. And so it should come as no surprise that another French dairy product, butter, is among the best in the world.

Lush, emerald green grasslands provide nourishment for happy free-range cows (crowded barns are out of the question). In the spring, these happy cows graze on flowers. The salt used for the butter, fleur de sel, is sourced by hand from the surface of saltwater ponds. Soil infused with minerals from the salty air blowing in from the sea adds to the rich terroir. Terroir is most often associated with wine, but in the realm of French butter it makes all the difference. Most purveyors describe the taste of French butter as supremely creamy, grassy, and salty, with a nutty aroma. But what gives each artisan French dairy farm’s butter its distinctive flavor is defined by that individual soil and can only really be understood by tasting it.

These butters shine when spread on a steaming slice of baguette — an unfussy yet divine bite. But each one is also versatile and can be folded in pastry dough for shiny, flakey croissants and butter cookies (sable breton); melted into sauces like beurre blanc; and used to add richness to any potato gratin.

Here are six of the fanciest French butters every gourmet cuisine connoisseur needs to try at least once.

With an aroma of hazelnuts, a grassy flavor, and a subtle yellow, almost “radiant” hue, this butter from the Charentes Poitou region of France enjoys PDO, or Protected Denomination of Origin, status. Lesecure is favored among pastry chefs because it holds up under lamination, resulting in flakey, delicate croissants. The soft texture makes it easy to work with — a far cry from that rock-hard stuff probably languishing in your refrigerator right now. Though the flavor is most often described as delicate yet rich, one blogger more colorfully described it as “dreamy and irrepressibly creamy.” 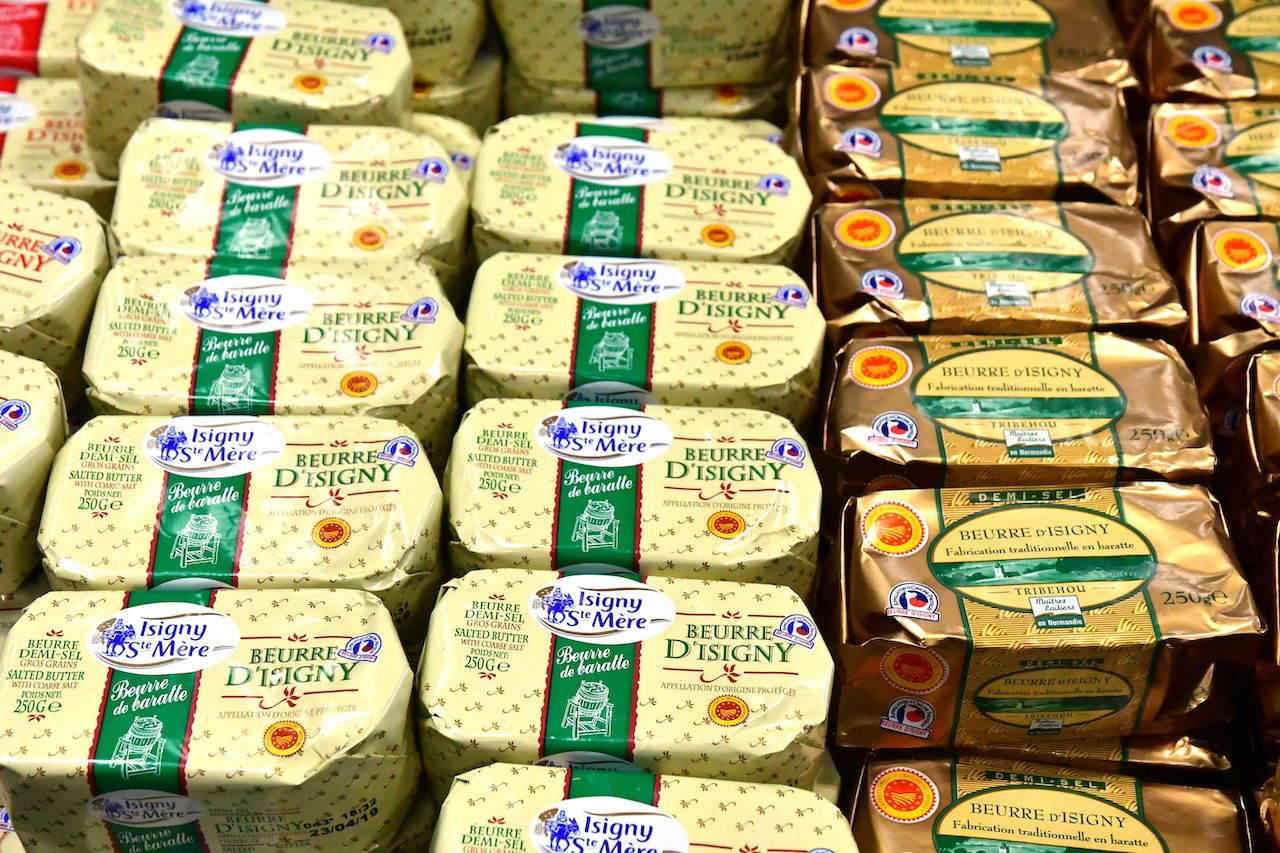 Farmers have been making butter in Isigny-sur-Mer for 400 years. This cow’s milk butter, made in the Baie des Veys region of Normandy between Manche and Calvados, has also been awarded PDO status. The region’s lush valleys and temperate climate near the sea infuse the butter with a grassy, mineral flavor and pleasing hazelnut aftertaste. Well balanced between sweet and salty, Beurre d’Isigny is “silky and supple.” It’s also a favorite among chefs because it has a long shelf life and remains stable during the cooking process.

This esteemed butter is exclusively produced in the village of Echire in Western France. The Independent calls it the “queen” of French butter and reports that the milk for each batch has come from the same “66 farms, all within a 50 [kilometer] circumference” since 1984. Echiré butter is churned in oak barrels, resulting in a creamy, delicate texture. Perhaps what has earned Echiré the highest praise, though, is the butter’s subtle flavor, infused with the terroir of the region, and the grass and flowers enjoyed by the dairy cows. It’s so celebrated that there is an entire shop dedicated to selling Echiré products in Tokyo. 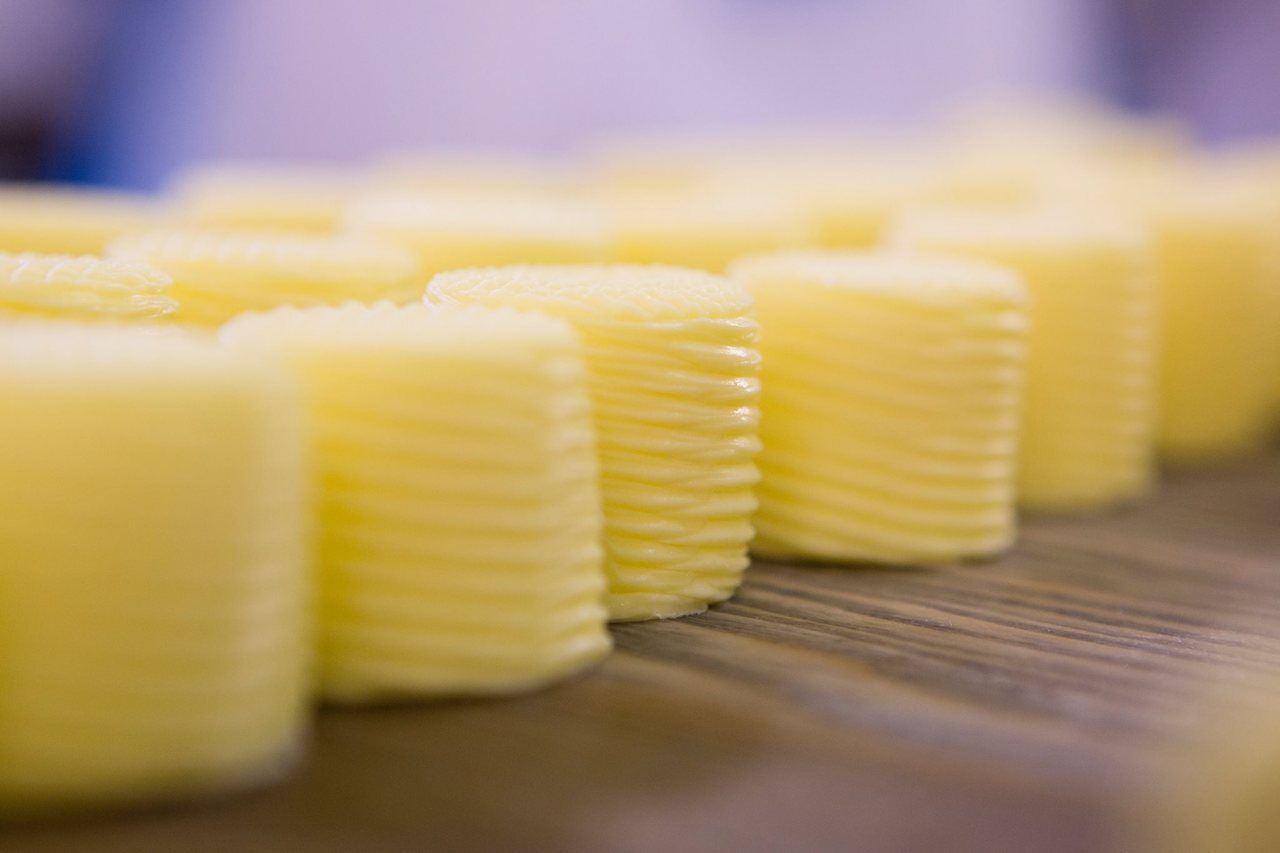 This butter is considered one of the best in the world. One Savuer writer admitted she loves it so much she’s had it “overnighted from a friend in Paris.” Bordier is a beurre de baratte, or butter produced using traditional French techniques including being “cultured, churned, then handled by two small wooden paddles.” Bordier butter is versatile, working overtime as a spread, an ingredient in baked goods, and as a browned base for pasta sauce. The milk is sourced from Brittany and Normandy, and Bordier butter is churned and kneaded by hand. The flavor is complex, encompassing salty, floral, earthy, nutty notes. One food writer perhaps put it best when he wrote on his blog, Churn Craft, that Bordier is “heavenly.”

Cows from Normandy provide the milk for this rich and creamy French butter. Salted with fleur de sel, Rodolphe Le Meunier is golden yellow in color and has a texture closer to cheese than the typical grocery store butter. Rodolphe Le Meunier comes from a famed lineage of dairy farmers of the Loire Valley; his grandmother was a goat farmer and herself a cheesemaker. He is nicknamed the “French butter rock star.” 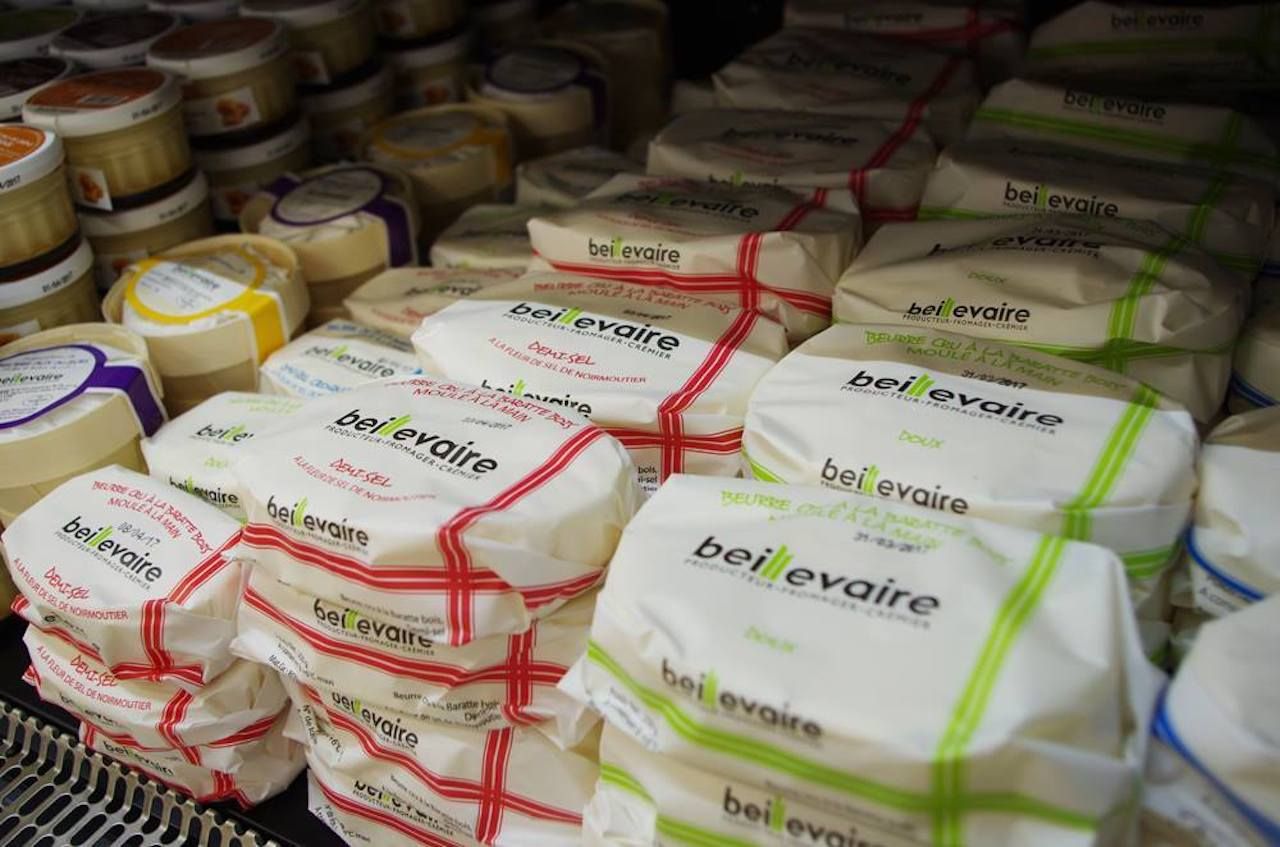 The dairy products from this famed farm in the Loire Valley are a favorite of Gwyneth Paltrow, and in particular the butter her blog Goop calls “crazy delicious.” The fleur de sel for this butter is harvested from the surface of salt ponds “by hand early in the morning using old fashioned wooden tools,” according to the Borough Market in London. Later, the milk is churned while the milk is still warm from the cow. The wild grasslands near the coast in Marais Vendéen where the Beillevaire cows graze is the ideal terroir for the dairy’s butter especially, which is stamped with an image of a young girl milking a cow.

Food + Drink7 Classic French Dishes You Need To Try To Understand the Cuisine
Tagged
Food + Drink France
What did you think of this story?
Meh
Good
Awesome