Irish whiskey is, for many people, a simple and cheap spirit you order when taking shots. Yet year after year, Irish whiskey is growing into something much, much more than that bottle of Jamo you’re used to seeing and feel comfortable ordering. In 2007, there were just three Irish whiskey distilleries. Today, Ireland has more than 20.

All this is to say that it’s about time you consider more than just the green bottle of Jameson at the bar. That means looking at some of Jameson’s other offerings (especially Jameson Caskmates Stout) but also checking out the bottles from the many other distilleries of the Emerald Isle.

“Only five years ago it was common to be at an Irish Pub in America that would stock more single malt scotch than Irish Whiskey,” Tim Herlihy, co-author of From Barley to Blarney, a Whiskey’s Lover’s Guide to Ireland, tells Matador Network. “Times are changing; Americans are becoming knowledgeable, curious drinkers, and as more Irish whiskey arrives in the US, we’ve no doubt America will become well-versed in our native spirit.”

It’s now easy to find an Irish whiskey for sipping, for mixing, or for an upgraded version of the beer-and-a-shot you already know and love.

“We often have a pint on the side [in Ireland], though we call it a ‘pint of plain and a ball of malt’ (meaning Guinness and a whiskey) as opposed to a boilermaker,” Herlihy says. “You’ll also hear it referred to as a tall one and small one. People in Ireland today tend to treasure tradition while also embracing Irish whiskey in cocktails and highballs.”

These are the Irish whiskeys you need to keep in mind this St. Patrick’s Day — and every day. 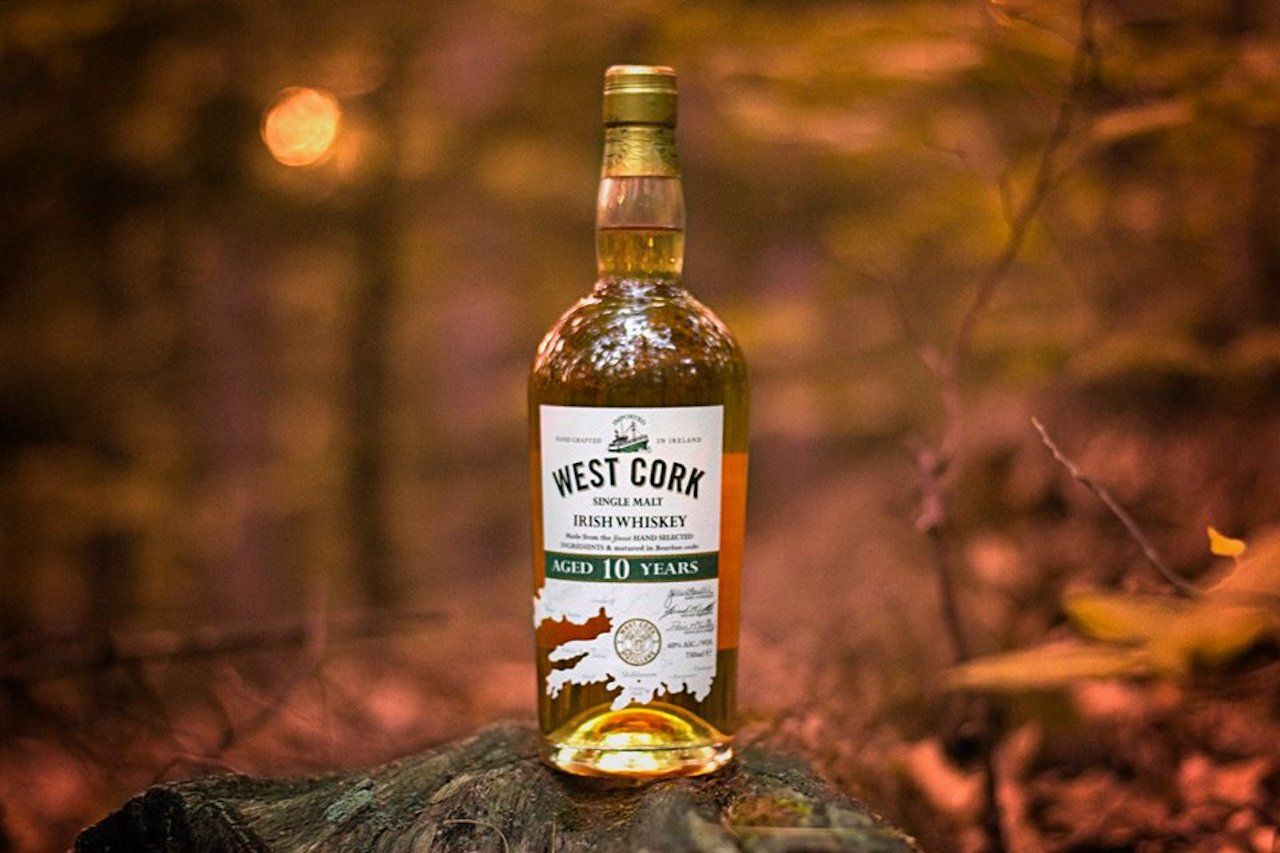 Single malt is a category normally associated with Scotch whisky, but Scotland doesn’t have a monopoly on making spirits from one grain. West Cork Distillers was founded in 2008, and this particular whiskey is sourced from other distilleries. It’s non-chill filtered, which gives the spirit some body, and it has fruity apple notes along with toffee. An ideal whiskey for sipping neat after a meal or with friends.

Something magic happens when whiskey spends time in a barrel that was previously used to age port. The Tyrconnell Port Cask Finish spends 10 years in old bourbon casks before being put in port barrels for six to eight months. That last part adds a mellow and slight sweetness to the deep and fruity whiskey (think apples and cinnamon) that stays with you. It’s at a bit of a higher price point than others on this list, but if you’re looking for an Irish whiskey to sip by the fire linger or over while having a spirited conversation, this is your bottle. 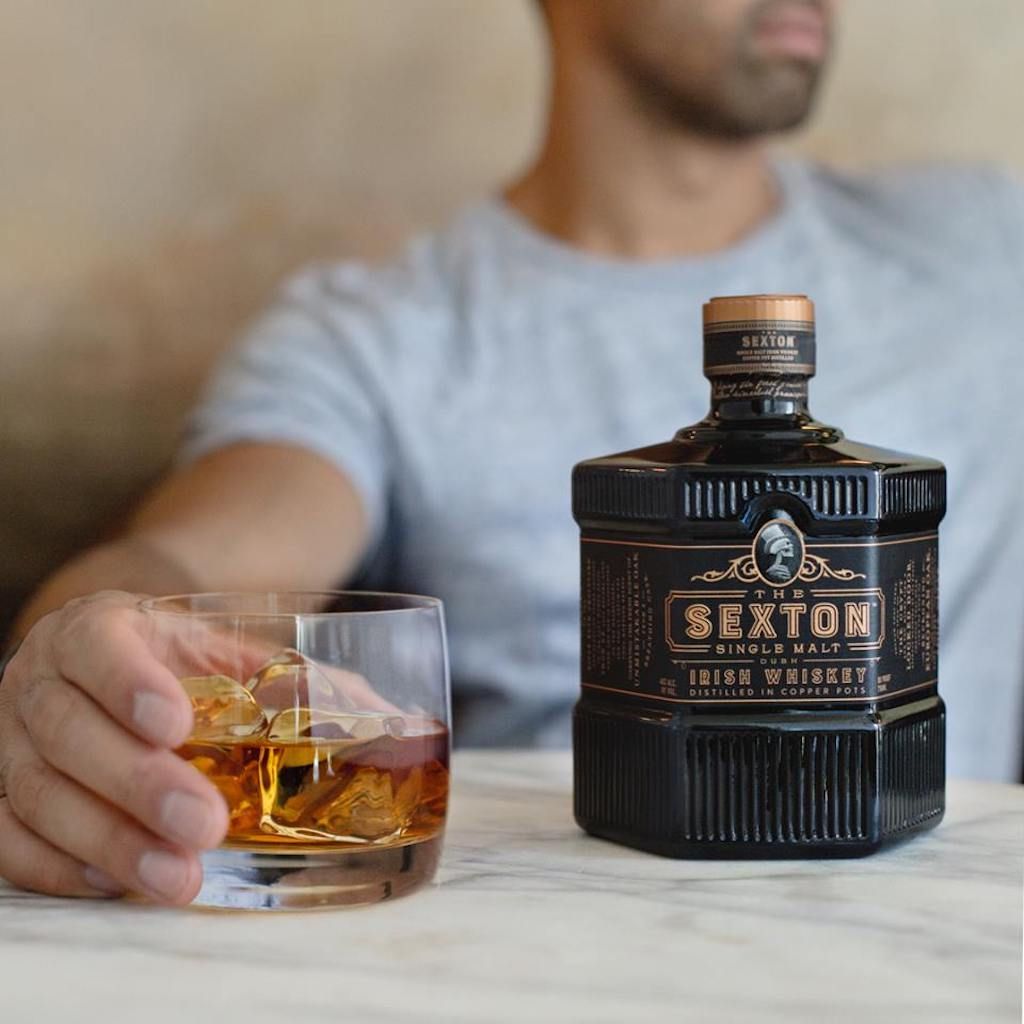 Another single malt Irish whiskey, Sexton uses Irish barley and is distilled in copper pot stills. What sets it apart is that it’s aged for at least four years in barrels that used to hold oloroso sherry. The barrels keep Sexton on the sweeter side, but it has enough depth and bite to stay interesting. You can’t miss this one on the shelves thanks to its hexagonal bottle and steampunk vibe.

John L. Sullivan (the whiskey) is named after an Irish-American bare-knuckle boxer who was the last World Bare-Knuckle Champion. Sullivan (the man) kept his title after going for 75 rounds in 1889, which made him a hero celebrated in Irish pubs in the Northeast. The whiskey won’t knock you out with any powerful flavors, but it’s a fun, affordable, and easy-drinking Irish whiskey to shoot alongside a Guinness. 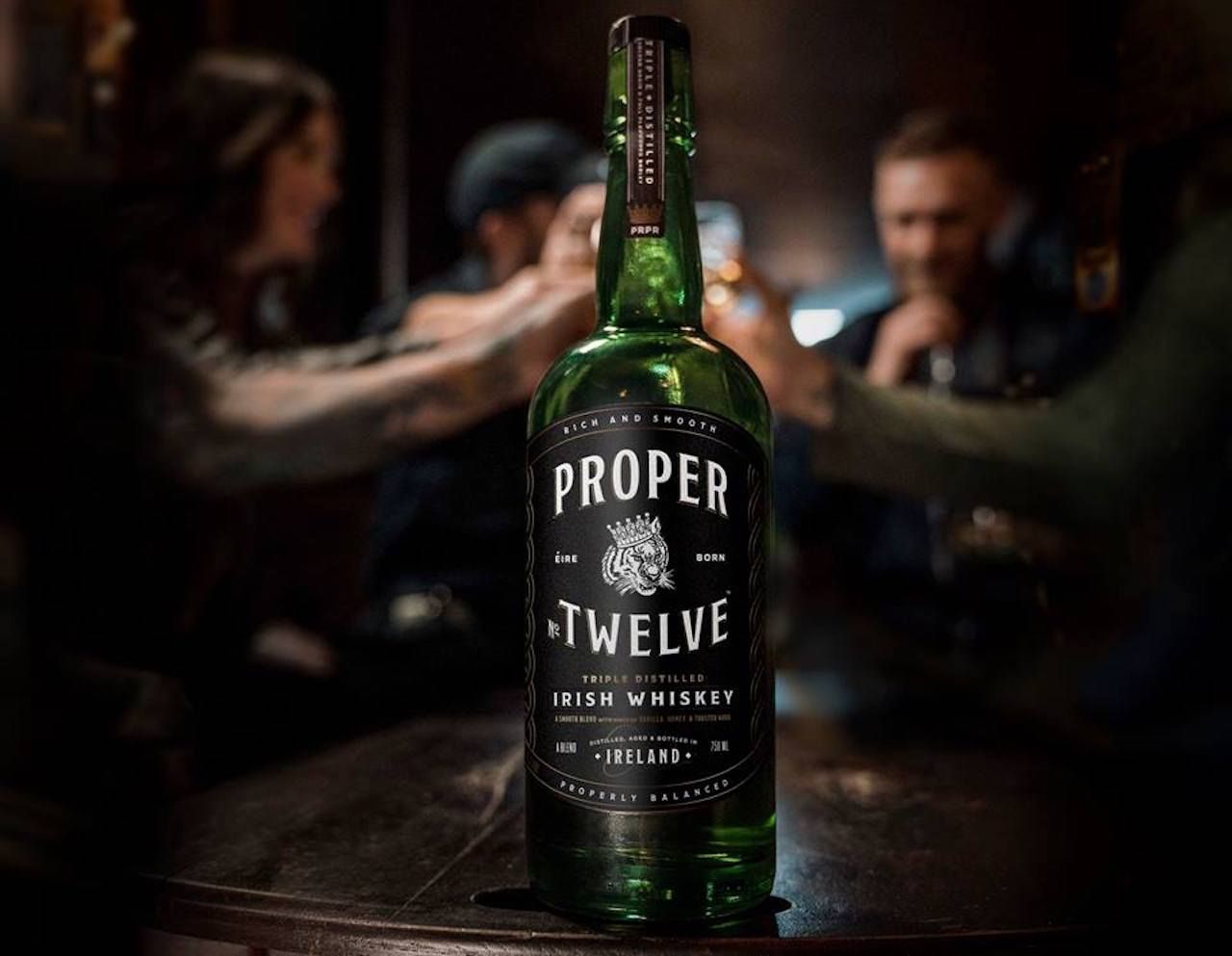 Proper No. Twelve is the most-followed liquor brand on Instagram, and it only launched in 2018. It’s also is the official whiskey of MMA fighter Conor McGregor. Those two things are definitely related, but aren’t you curious as to what the hype is about? Proper No. Twelve is more the type of whiskey you bring to a party than one that you’d you sip while reading James Joyce, but every whiskey has its appropriate time and place, and you could do a lot worse than showing up to a gathering with this in hand.

The green spot of Green Spot refers to the paint mark left on barrels of whiskey in the cellar. Different colors reference different ages, and green stands for seven to eight years. Green Spot is a mix of whiskeys aged in ex-sherry casks and ex-bourbon casks, with nutty vanilla and toffee notes. Sip it sitting down because this whiskey deserves your attention. Fans of Green Spot should also check out the brand’s older (and pricier) expressions Yellow Spot and Red Spot. 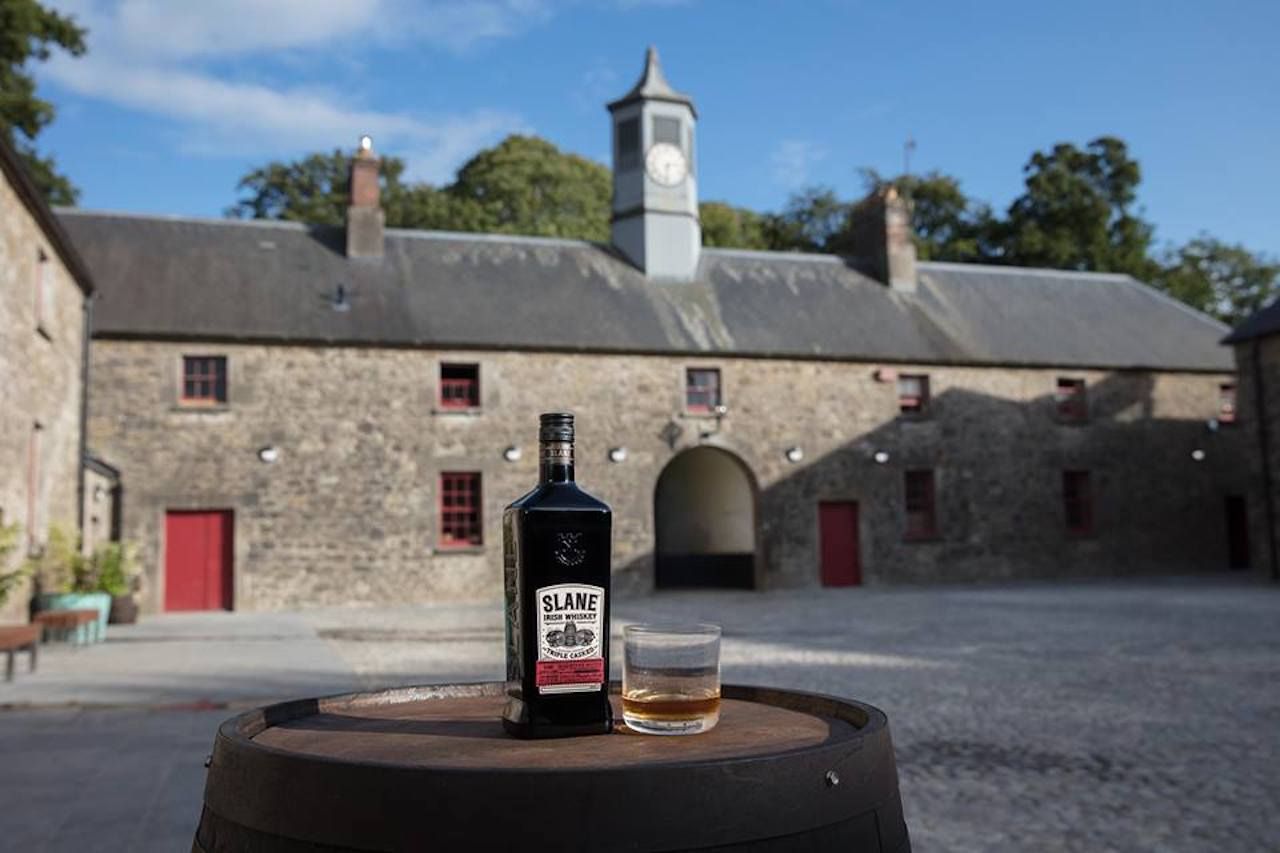 Slane is a rockstar’s Irish whiskey. The brand is centered around the Slane Castle Estate home, which is one of the best Irish whiskey tour experiences you can have when visiting Ireland. The castle itself is the home of Rock ‘n’ Roll in Ireland, and bands like The Rolling Stones, Guns ‘N Roses, and Bob Dylan have played there. The whiskey is aged in virgin oak, ex-American whiskey barrels, and ex-sherry barrels. It’s simple and easy drinking — the perfect spirit for a party. 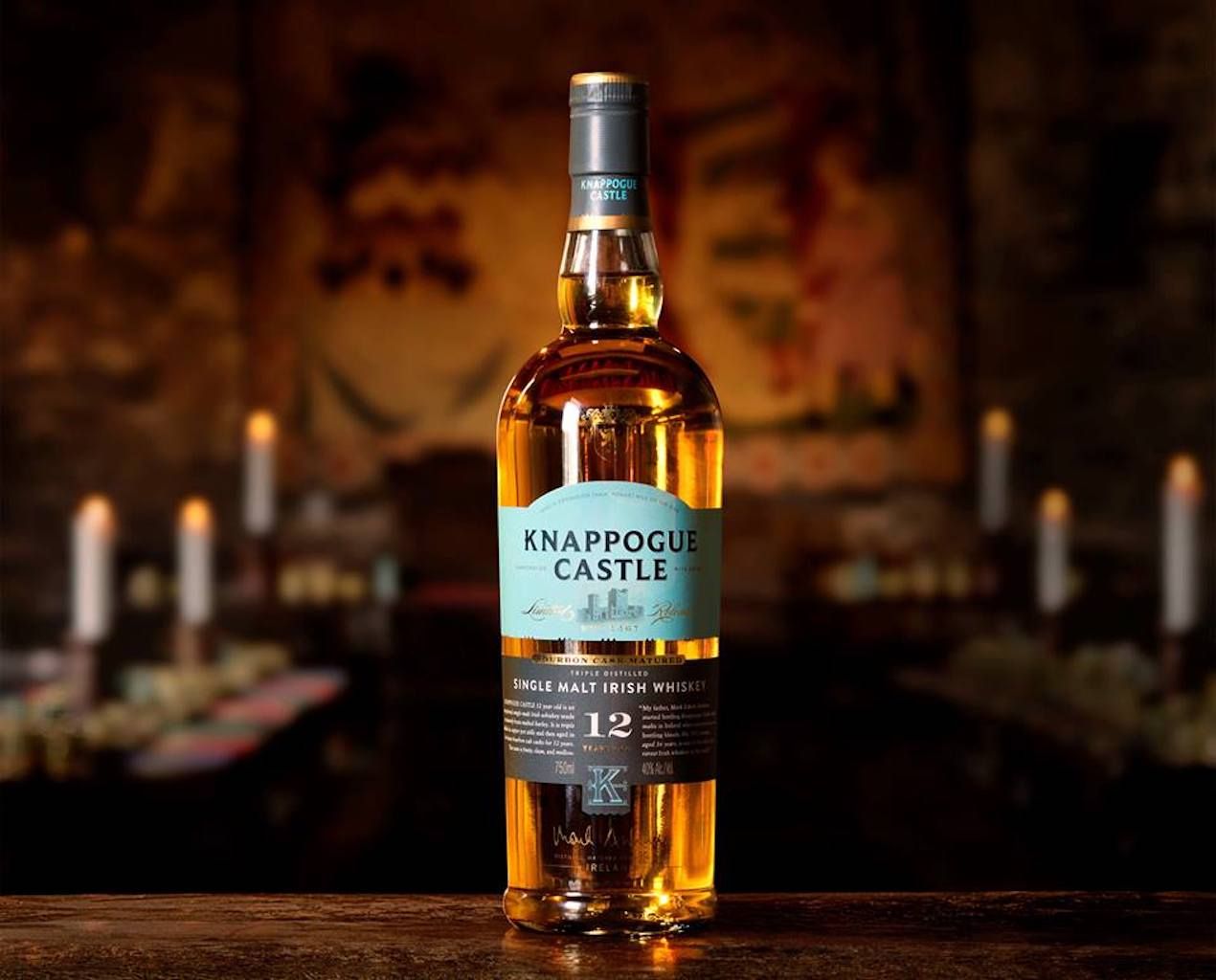 Castles and whiskey just go together in Ireland, and few places show that like Knappogue. The Knappogue Castle was purchased by an American in the 1960s, and casks of whiskey came with the estate. It’s some of the tastiest and most citrusy Irish whiskey you can find today. The 12-Year Old is a good place to start, and you can move onto the 16-Year Old Sherry Cask finish and 14-Year Old Twin Wood if you like it.

Ireland welcomes back travelers with flights from $359 and other deals

Galway, the cultural heart of Ireland, is Europe’s Capital of Culture in 2020