Scotch whisky and bourbon have taken the limelight over the past couple years, but there’s another famous whiskey region that’s ready to shine: Ireland. Irish whiskey is the fastest growing spirit category in the world, selling 20 percent more whiskey in 2017 than it did in 2016, with expectations of doubling the amount of whiskey made in 2014 by 2020. This may all just sound like a bunch of numbers, but it means one important thing: There’s never been a better time to visit Ireland’s whiskey distilleries.

“What makes Ireland an exciting place for whiskey fans to visit right now is the fact that the country is undergoing a whiskey renaissance,” Alex Conyngham, the co-founder of Slane Irish whiskey, says. “For many years, there were only a handful of distilleries in Ireland. Today, there are about 30 distilleries that are operational or being planned to open soon.”

The current number of distilleries might not sound like a lot compared to other historic whisky-making destinations (more than 70 in Kentucky and over 120 in Scotland), but don’t count it out. Ireland holds 32,600 square miles (about the size of Indiana) of whiskey history. People have been making whiskey in Ireland for centuries, which is probably why the Gaelic for whiskey — uisce beatha — means “water of life.” 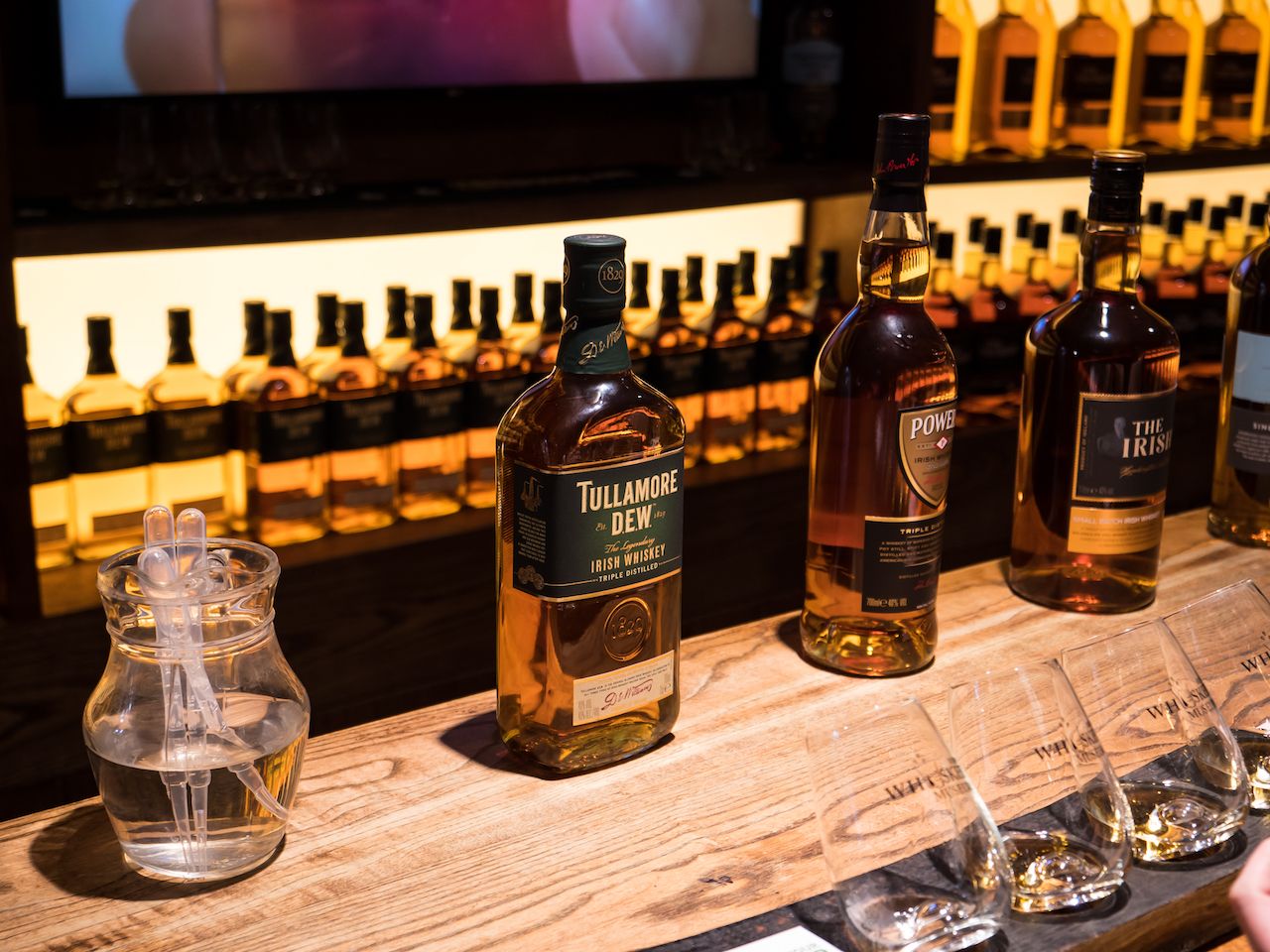 Since Americans are known for repping their Irish heritage hard, it’s no surprise that they’re the biggest fans of the whiskey outside Ireland. Drinkers in the US bought 43.92 million bottles of Irish whiskey in 2016, and that number is only going up. It won’t be long before Irish Americans start flocking to distilleries to see where the whiskey is made firsthand, just like they do to the Guinness Storehouse for the perfect pint or the pubs in Temple Bar.

So whether you’re a longtime Irish whiskey lover, a spirits enthusiast that likes to stay abreast of the biggest trends, or you’re simply obsessed with everything from the Land of Éire, now is the time to go and see the best of what Ireland has to offer before the rest of the world catches on. Here are five of the best Irish whiskey experiences to get you started. 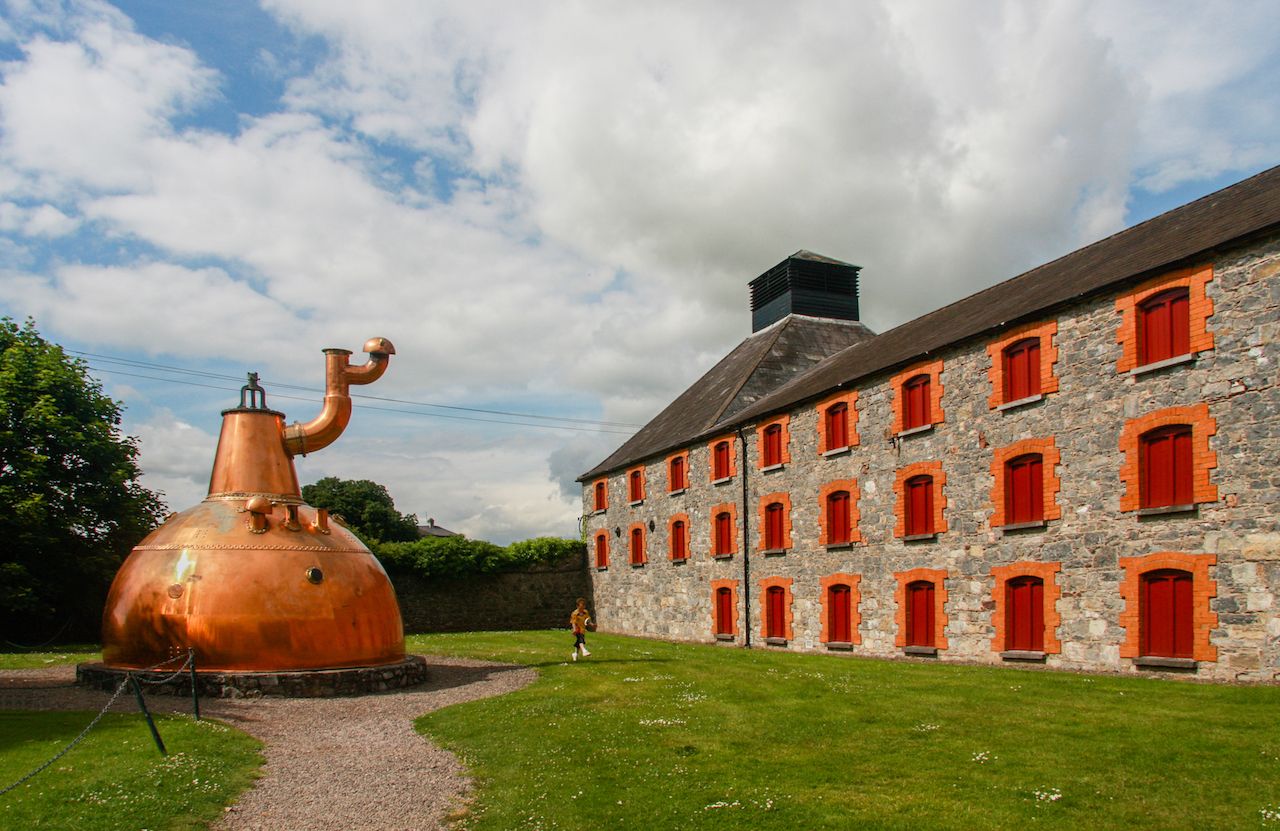 There’s something to be said for Jameson’s swanky new set up in Dublin. It’s easily accessible, it’s designed for people who’re curious about the history of the brand, and you get to try plenty of whiskey out of the barrel. But the actual liquid isn’t made there, making it kind of like visiting EPCOT. For the full Jameson experience, head down to County Cork, where all of the Jameson whiskey enjoyed around the world is produced. Jameson moved its operation to Midleton in 1975, and some of the buildings on the grounds go back to 1795. The regular tour shows you around the basics, while people who choose the Distiller’s Apprentice Tour get to taste the spirit straight from the stills, as well as sample whiskey fresh from the barrel. Other Irish whiskey brands like Powers and the historic Redbreast brand are also produced in the County Cork distillery, so its possible to get a little more than just classic, reliable Jameson. Jameson is by far the largest and best-known Irish whiskey brand, so no whiskey trip would be complete without it. 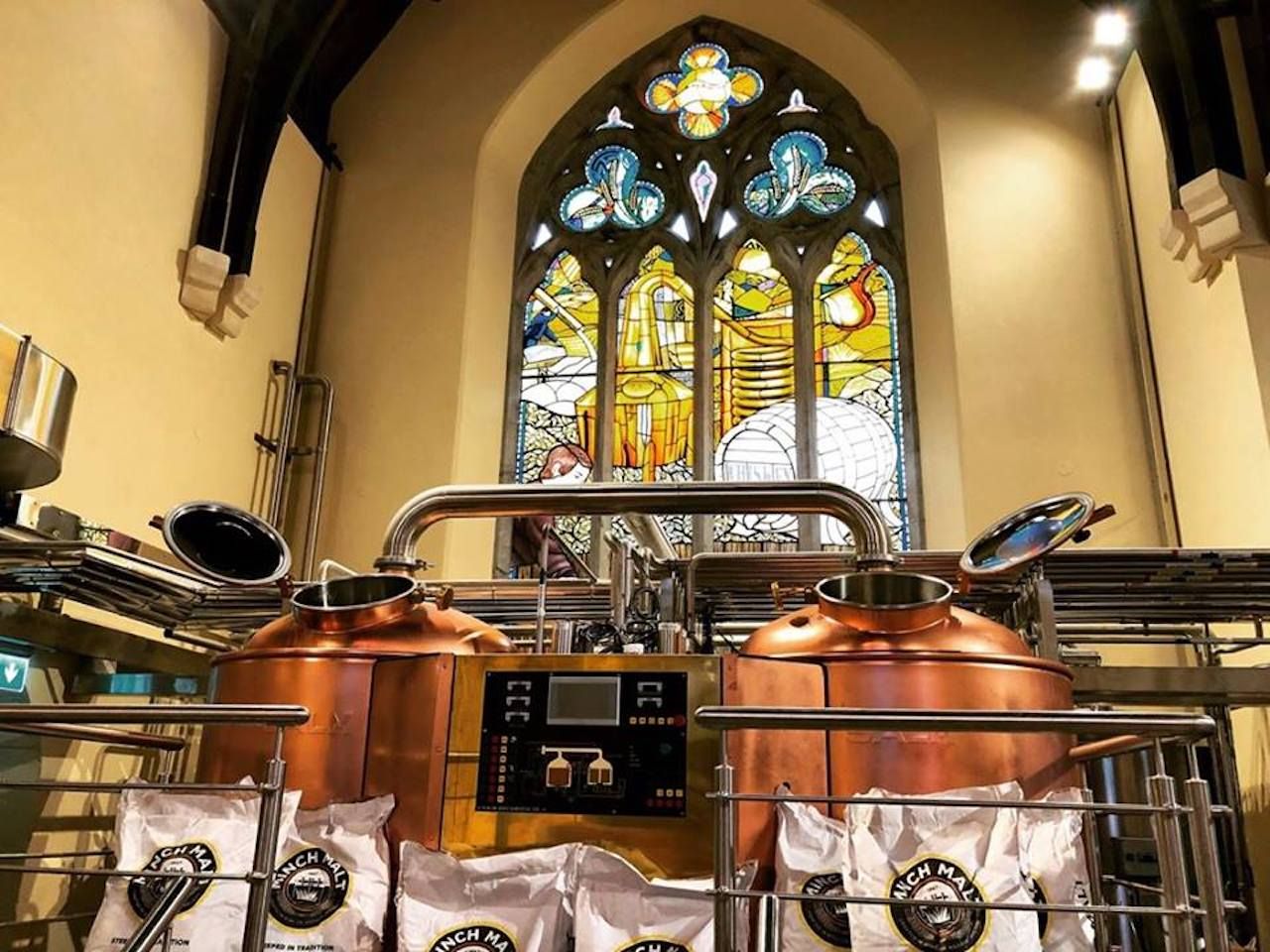 Pearse Lyons is located in what was once Dublin’s St. James Church. It’s possibly the only place where the distillery tour also includes a walkthrough of an on-site church graveyard, which is a trip in itself seeing as the church dates back to the 12th century. If drinking anything other than communion wine inside of a church appeals to you, Pearse Lyons will allow you to try three different types of Irish whiskey in the nave of the church next to the copper-pot stills. Depending on your beliefs, you may or may not feel more than one type of spirit when you visit. 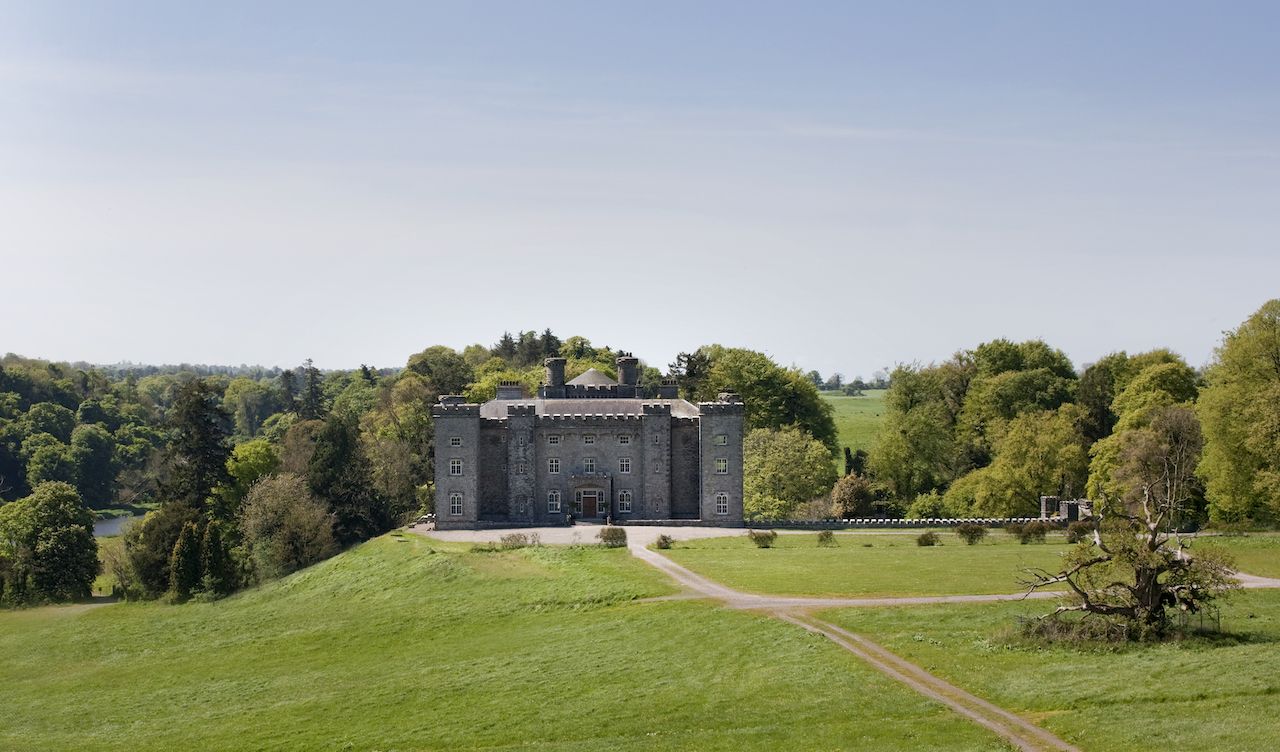 3. Slane Distillery at the Slane Castle in Boyne Valley

On the list of things that Ireland is famous for, whiskey and castles are right there near the top. Slane has both. The brand calls its castle the Slane Castle Estate home, and the 1,500-acre estate has long been run by the Conyngham family. The 250-year-old stables that once housed horses are now where Slane Irish whiskey is produced. The building itself is also the home of Rock ‘n’ Roll in Ireland, bringing together the age-old duo of music and whiskey with acts from bands like U2, The Rolling Stones, Bob Dylan, Bruce Springsteen, and Guns ’N Roses. Slane is relatively new to the world of Irish whiskey, but it’s already won people over with its flagship triple-cask blended expression. Anyone who made the mistake of booking too short of an Ireland trip (Conyngham suggests at least a week) can check whiskey distillery and castle visit off their list in one go with a trip to Slane. 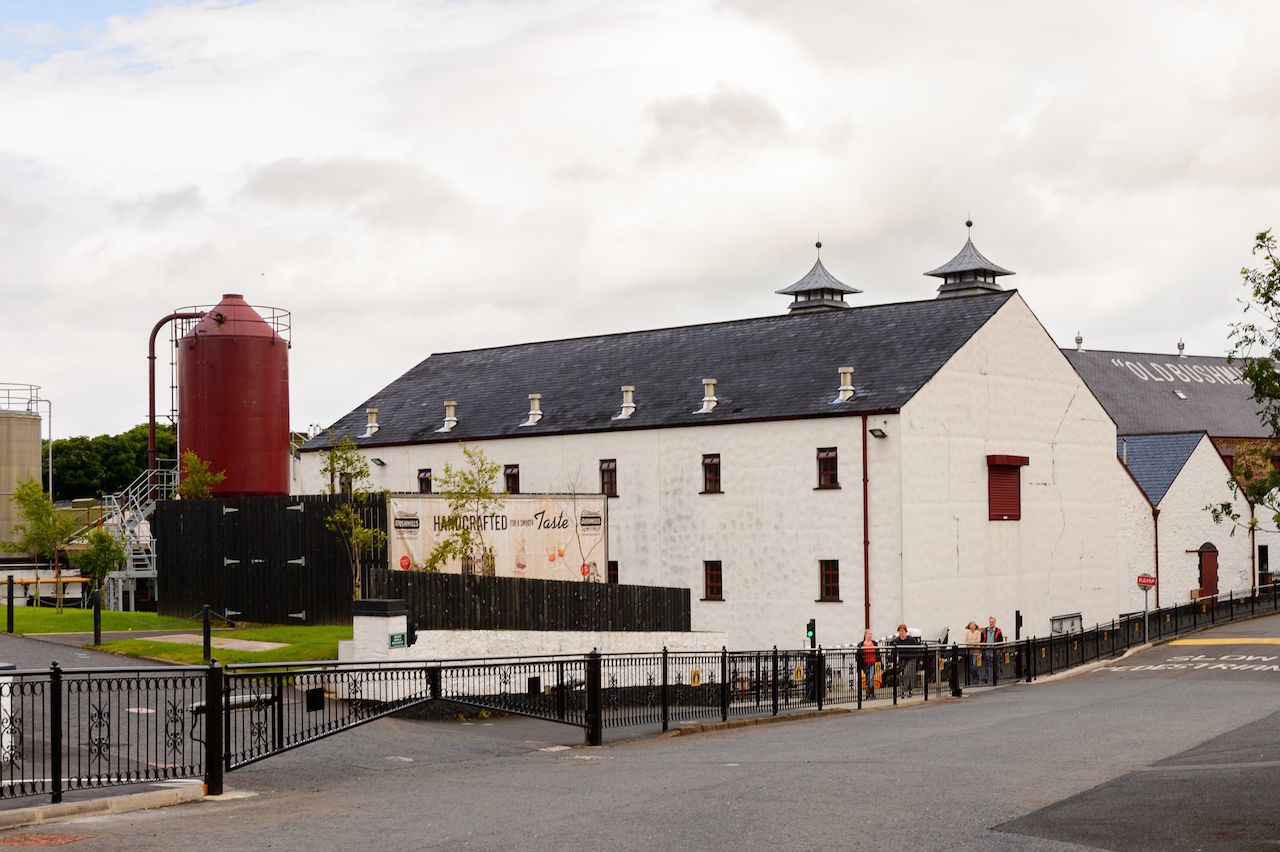 On the coast of Northern Ireland in the village of Bushmills, you’ll find the oldest licensed Irish whiskey distillery — and the oldest continuously licensed distillery, period. Whiskey-making began with a grant from King James in 1608, and the trademark license was given in 1784. Yes, Irish whiskey is having a moment and there’s lots of new brands and expressions popping up, but that doesn’t mean you should ignore what’s come before (long, long before). Every batch of Bushmills is made at the distillery, from the single malts to the blended whiskeys, making it one of the only Irish farm-to-glass distilleries. You can get a sense of that history and see what makes Bushmills one of the best-selling Irish whiskeys today on the tour. Plus, you get to sample more than five expressions that the brand makes. Fit some time into your schedule for this historic brand because without it, Irish whiskey wouldn’t be at the point it is today. 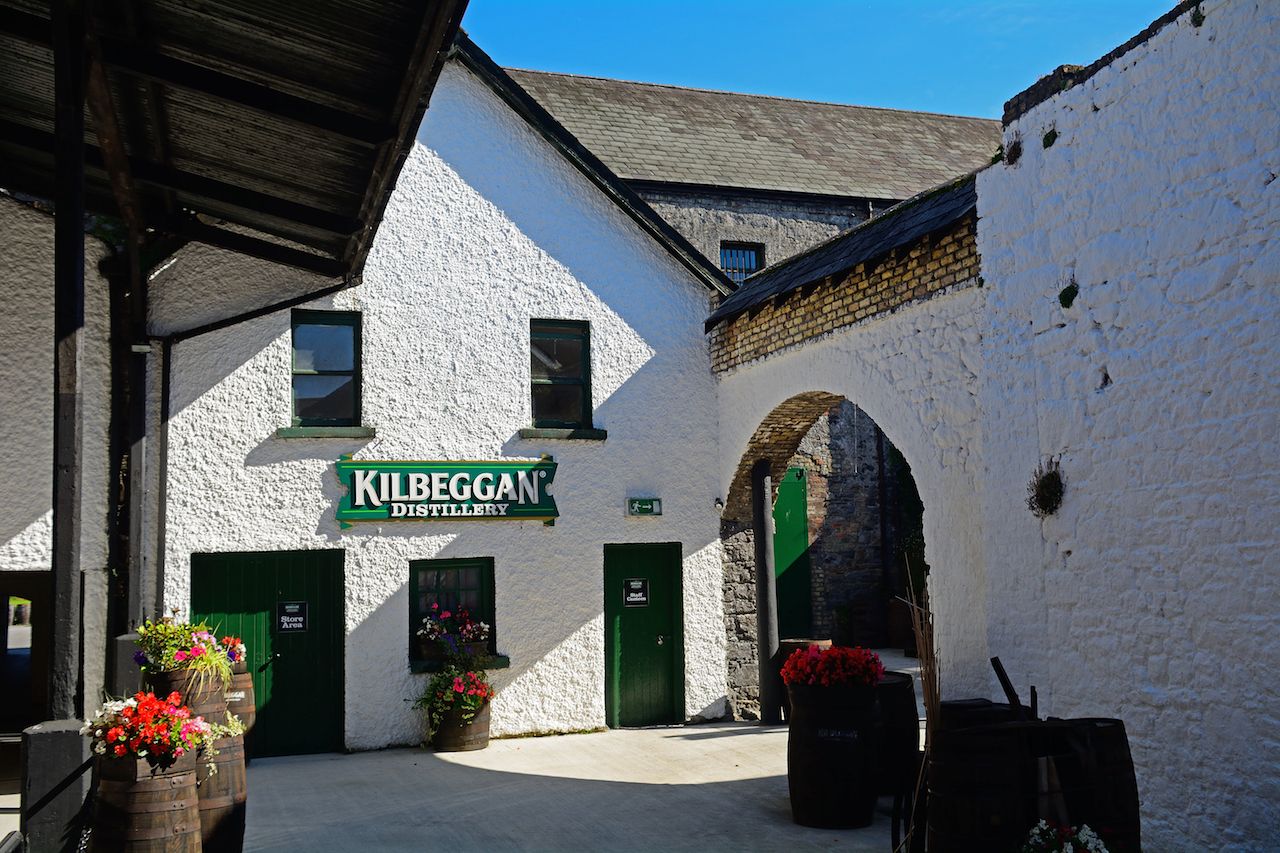 The only distillery with a claim to history like Bushmills is Kilbeggan. The original distillery license dates back to 1757, which, if you’ve been paying attention, is 27 years before Bushmills. Kilbeggan, however, stopped distilling for a number of years before starting back up again. Today, the two brands have competing stories of which one is the real OG when it comes to Irish whiskey distillation. Perhaps the best way to decide whose side you’re on is to just visit both. In addition to tasting whiskey, you’ll get to see the original mash tuns and fermenters in their original positions on the Kilbeggan tour, along with new fermenting vats and an epic, 186-year-old pot still.