As the COVID-19 outbreak forces the world to retreat indoors, museums and galleries are moving into the digital world to make sure their collections remain accessible to the public. The next few weeks or months of home quarantine needn’t be devoid of culture as, via the internet, art aficionados can now virtually visit collections and temporary exhibitions from the comfort of their homes.

Online access experiences can now take you from close-ups of Michelangelo’s Sistine Chapel ceiling in Rome to a five-hour marathon around the Hermitage Museum in St. Petersburg. Aside from a treat for the art enthusiast, these virtual tours might benefit parents looking to inject some culture into their children’s day, or those simply wanting to escape the constant barrage of news. Also, visiting museums has been proven to reduce stress levels, so this online access couldn’t come at a better time. Here are five of the best museums with digital resources. 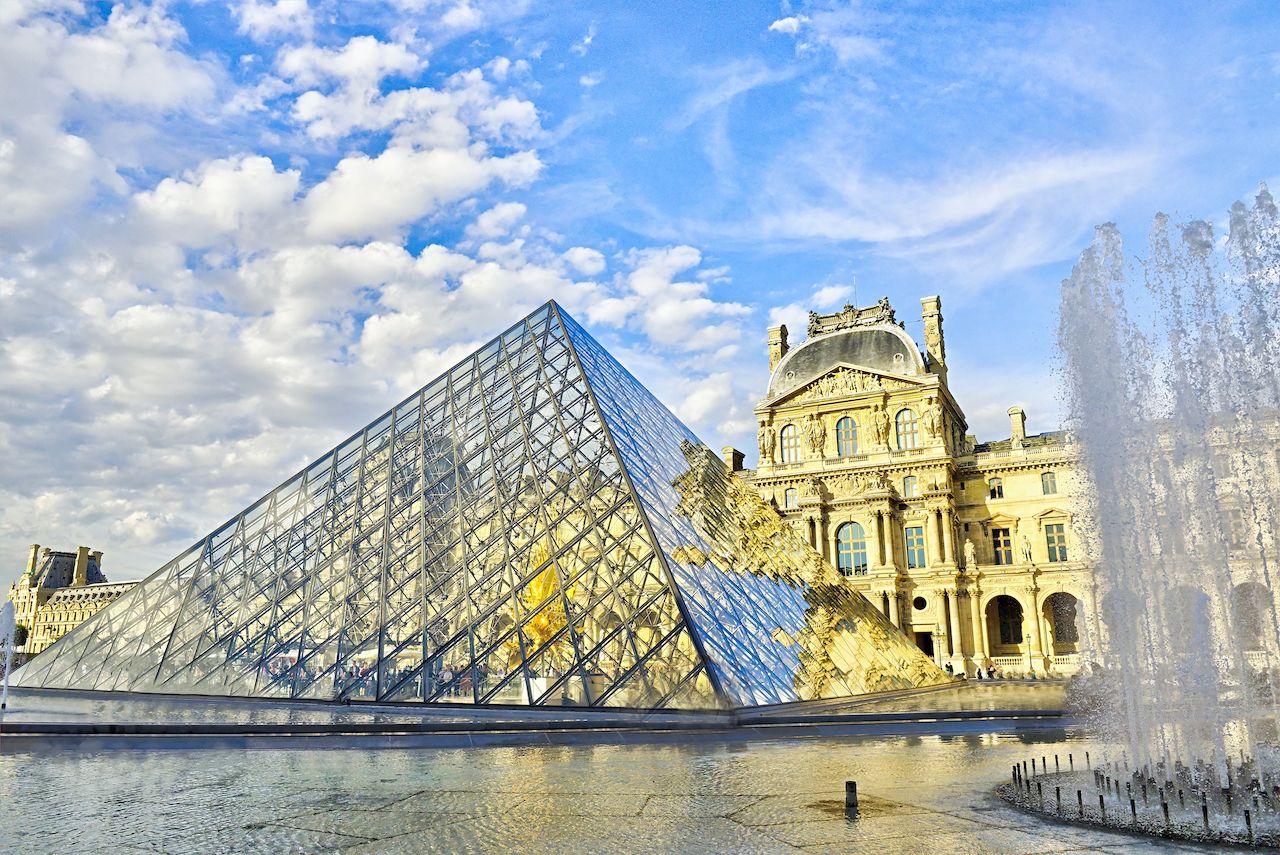 The Louvre has digitized three tours of different parts of its galleries. The first tour takes visitors to see Egyptian Antiquities from the pharaonic period. The second tour allows you to explore the history of the building itself, the structure of which was once a fortress built by French king Philippe Auguste. In these two tours, a brief description of each room is provided and when you click on an exhibit, an information box appears with basic historical facts. As with Google street view, arrows show up on the ground which you can click to move into the next room.

The final tour is focused on the recently restored Galerie d’Apollon. The long gallery houses 41 paintings, 118 sculptures, and 28 tapestries. Various interactive tools allow you to learn more about the most important exhibits.

Aside from the “Great Sphinx of Tanis” that greets visitors to the Egyptian Antiquities collection, highlights of the first tour include the intricately carved royal tomb of Ramesses III in Room 13, and Room 14, filled with lavishly decorated sarcophagi. During the second tour, you can see parts of the moat, defense walls, and piers that supported the drawbridge of the original fortress’ construction. 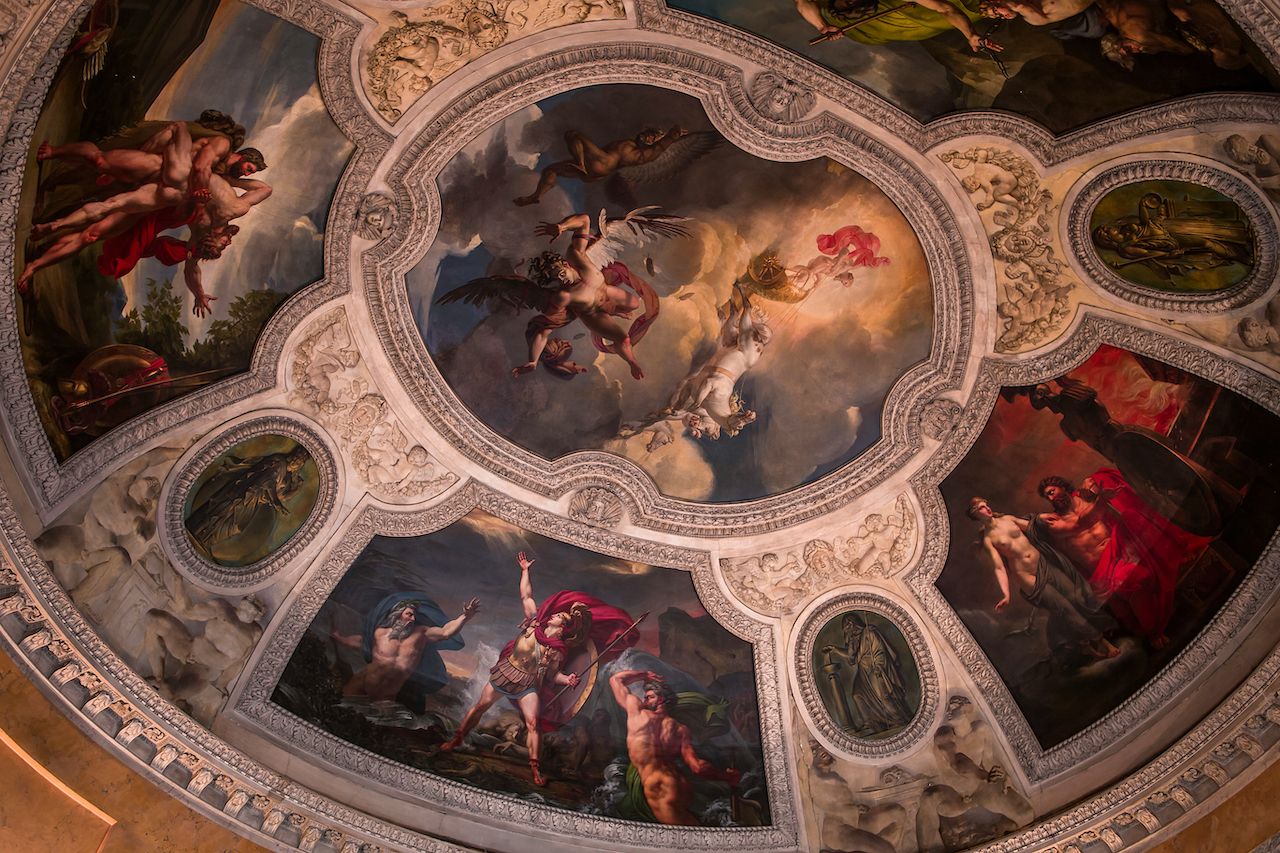 In the Galerie d’Apollon, make sure you look at the ceiling, a homage to King Louis XIV, that was started by his court painter Charles Le Brun. The middle panel depicts “Apollo Slaying the Serpent Python” by Eugène Delacroix, a French artist widely regarded as the leader of the French Romantic school. 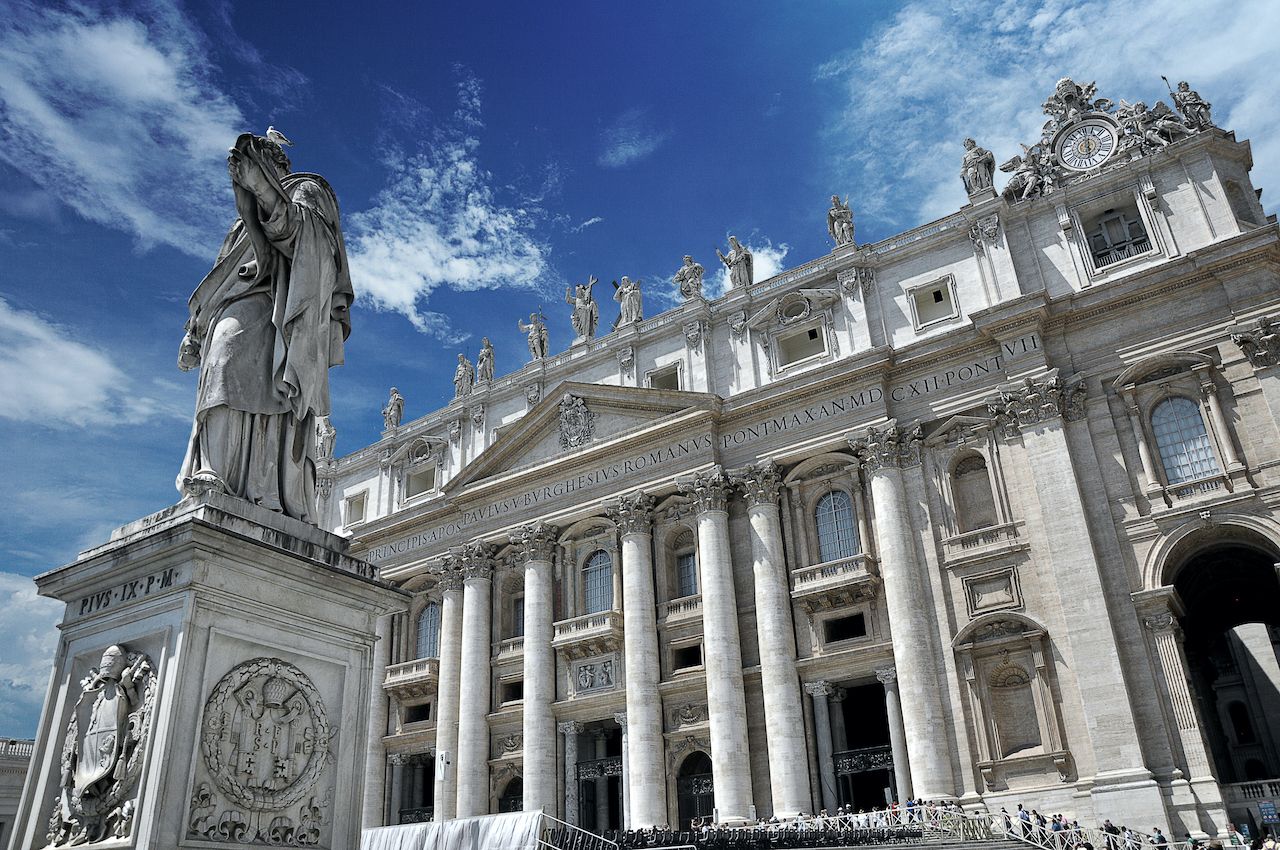 Though it could never be a substitute for the real thing, the Vatican’s 360-degree virtual tour of the Sistine Chapel lets you see the iconic interior as you never could in real life — crowd-free. You can explore the whole chapel and zoom in to get extraordinary details of Michelangelo’s frescoes. 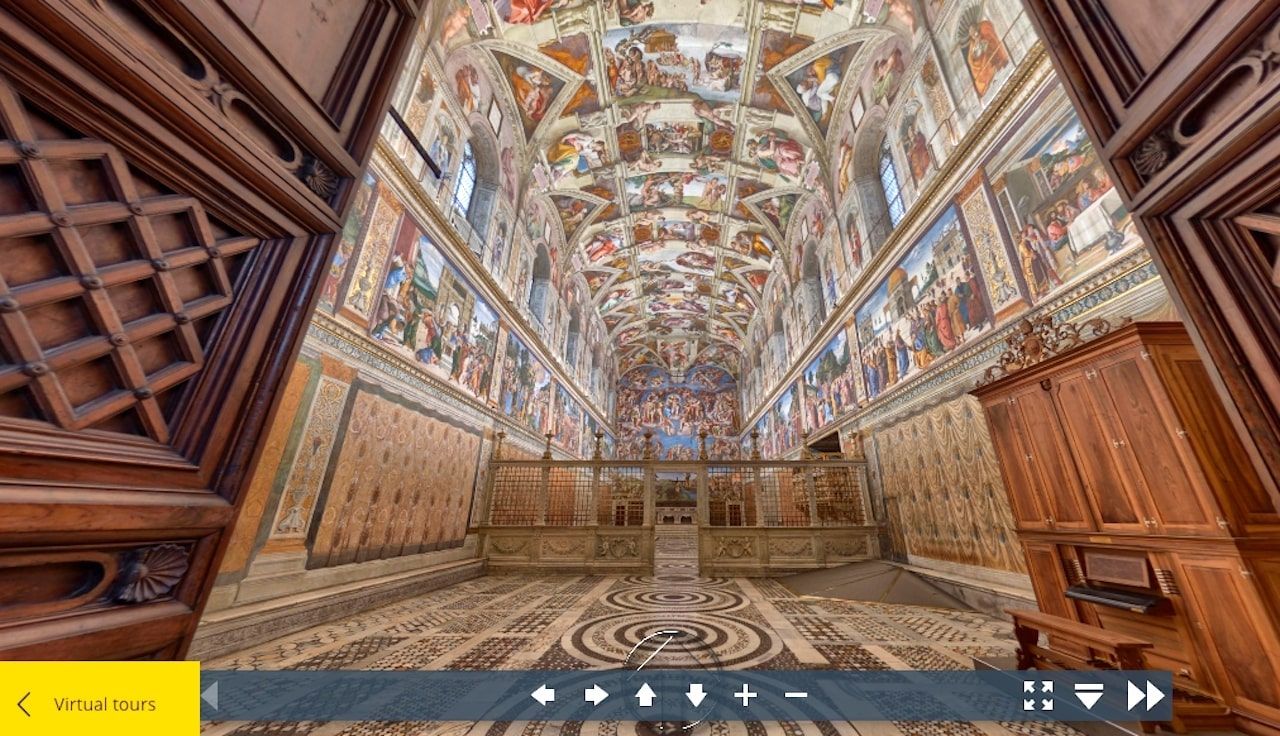 You can similarly view Raphael’s frescoes up close in the 360-degree tour of the Raphael Rooms. Visitors can also move through various museums in the complex, such as the Pio Clementino Museum, packed with ancient sculptures.

As there is no floor plan provided, it is quite easy to get lost wandering through the rooms, but by visiting the information pages for the various museums and rooms, you can find videos that guide you to the most famous exhibits. 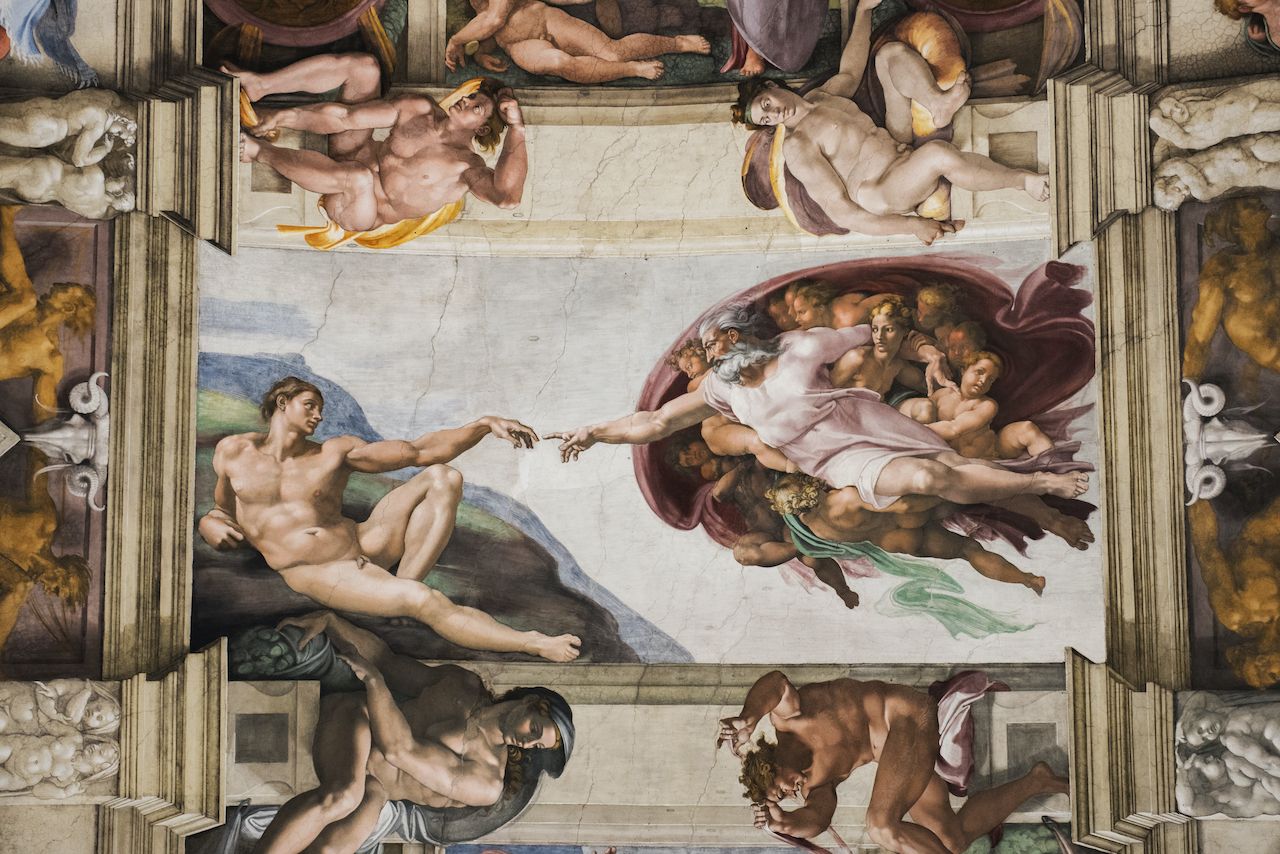 When in the Sistine Chapel, take advantage of the fact that you can see the ceiling close up, something hard to do in real life. Zoom in as far as you can on Michelangelo’s fresco of “The Creation of Adam,” the iconic moment where God touches the fingertip of Adam, to bring him to life, and on the monumental Last Judgement scene above the altar. Within the gory scenes of hell, seek out the flayed body of St. Bartholomew, whose face is a self-portrait of Michelangelo. 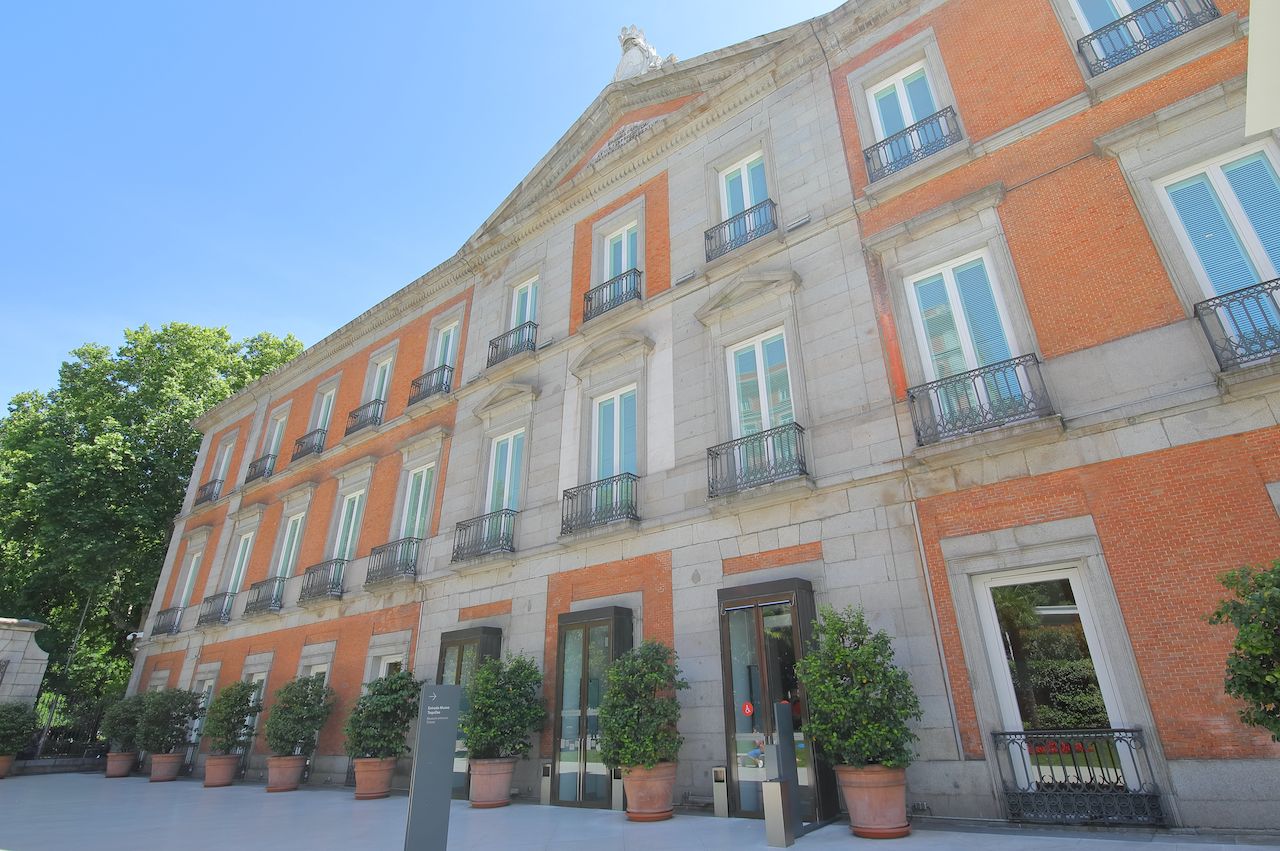 Some temporary exhibitions in progress or due to open in the near future have now been put online, including the Thyssen-Bornemisza National Museum’s “Rembrandt and Amsterdam Portraiture, 1590-1670” exhibition. You can now tour the entire exhibition virtually and view high-quality images of the paintings.

Although there is no information on exhibits included in the virtual tour, you can also flick through an interactive publication about the exhibition and watch an introductory video.

The museum has similarly provided access to other past exhibitions in the form of video introductions and virtual tours. You can visit the “Balenciaga and Spanish paintings” collection and the “Dalí and Surrealism in the ABANCA Art Collection” exhibition. 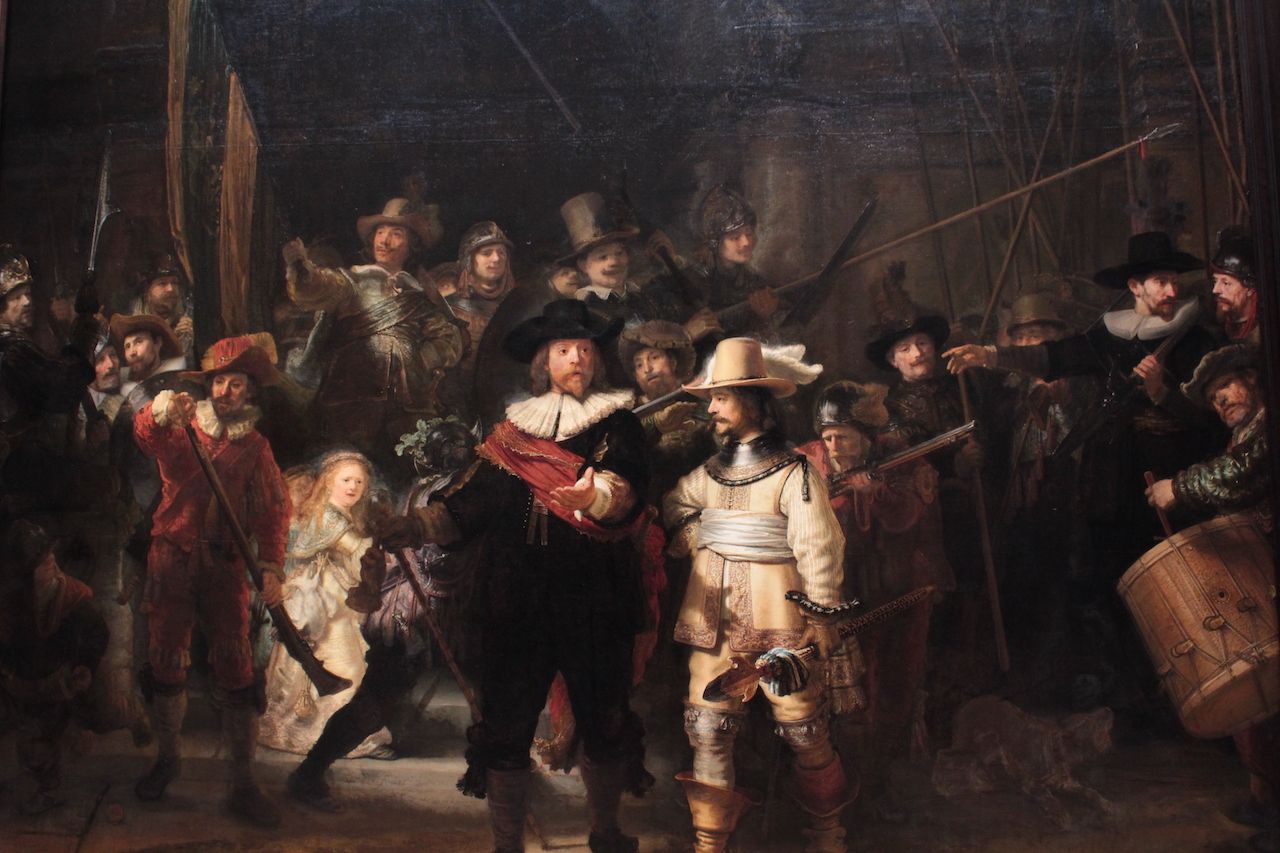 The intention of the Rembrandt exhibition is to place the 17th-century Dutch master in the context of his predecessors, his immediate competition in Amsterdam, and his followers. Try to follow the changing painting techniques and compositions throughout the rooms, reaching a climax with Rembrandt’s divergence from popular European style and move toward his characteristic rough brushwork and warm, dark tones. Don’t forget to look at Rembrandt’s etchings too. 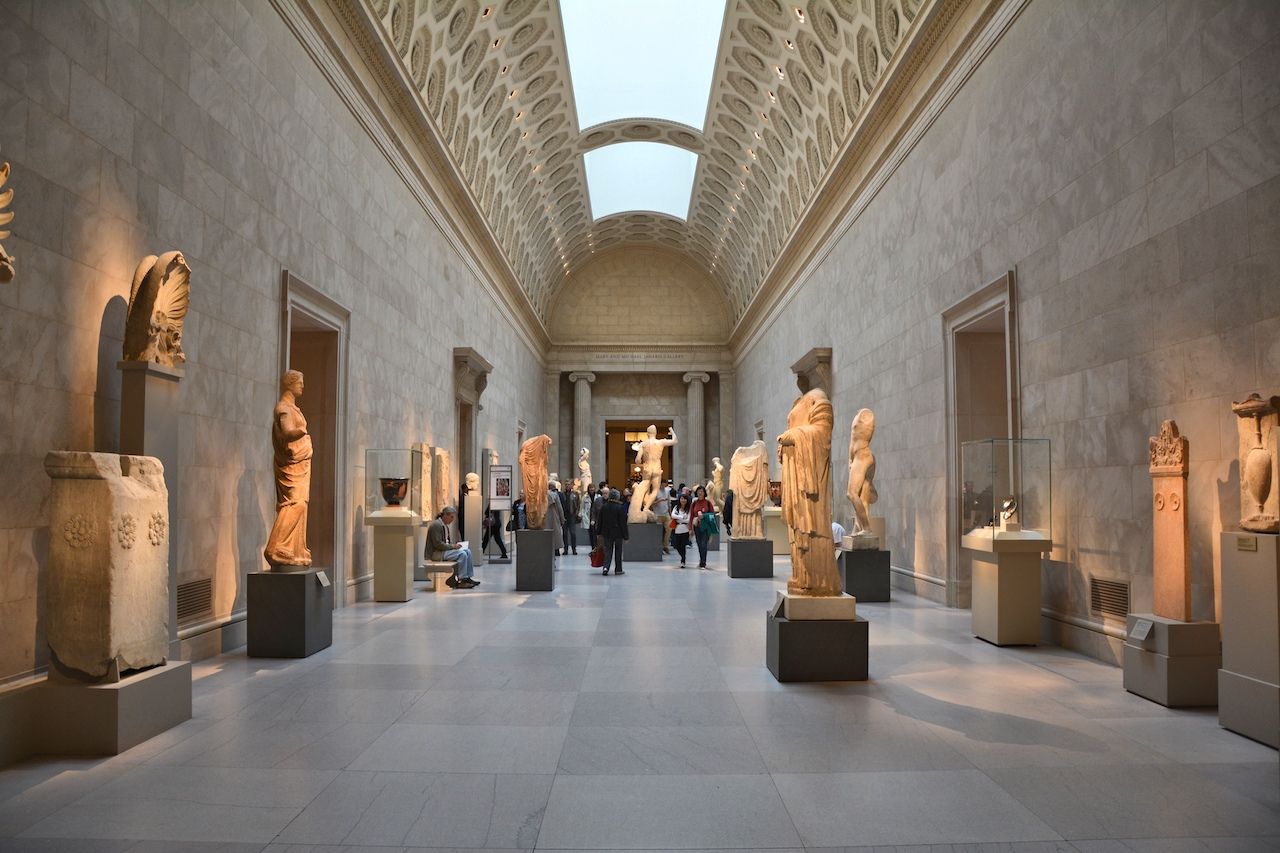 The Met has been developing a series of videos called the 360° Project which allows viewers to virtually visit different locations in its museums. The project concentrates particularly on giving viewers an unusual perspective on the gallery spaces. 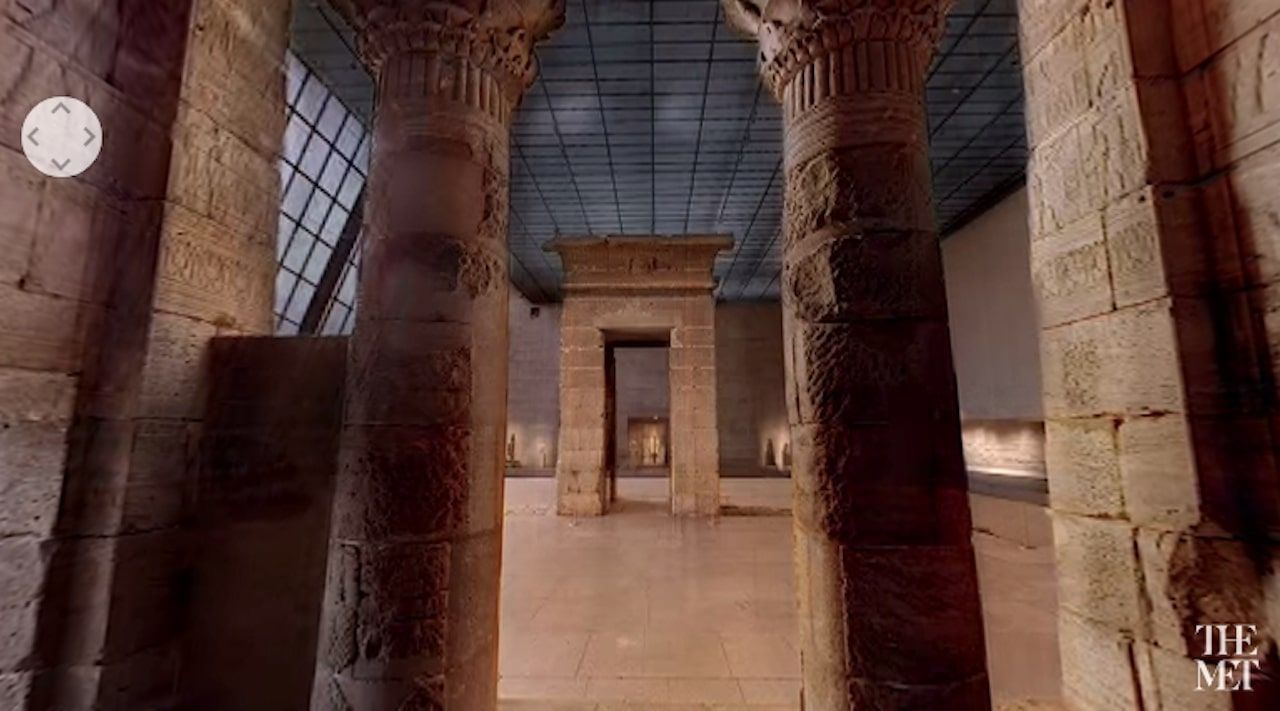 The videos transport you slowly through the various spaces and rooms, but you can simultaneously use your mouse or move your smartphone to get a 360-degree view at all times. If you really want to escape quarantine, there’s also the option of popping on a VR headset and being completely immersed. 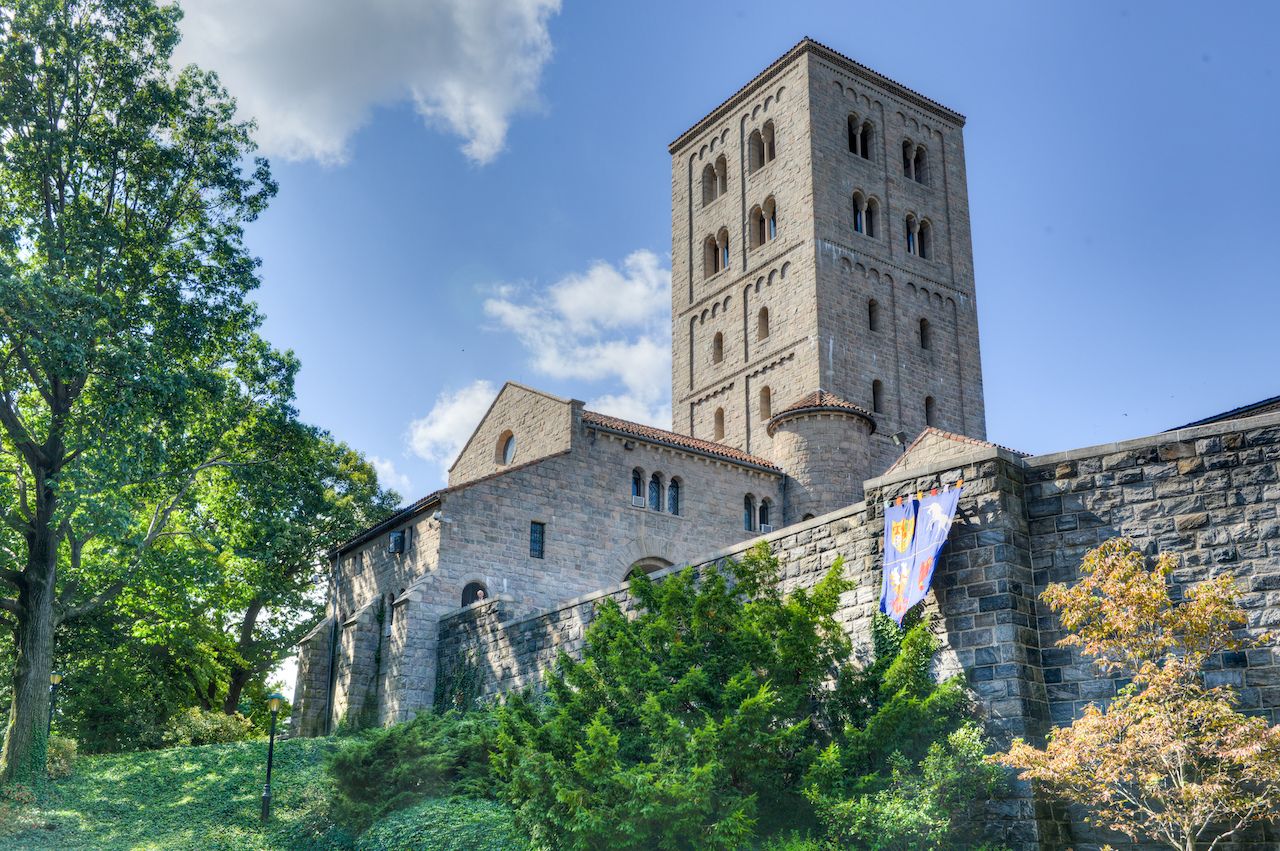 Watch the Met Cloisters video to take to the air and fly over the medieval-style buildings with views over the Hudson River and a soundtrack of chimes from the bell tower. In the video from the Met’s American Wing, you can peek over the shoulders of artists at work, and from the balcony, you can look down to see a timelapse of the crowd below. If you’re using a VR headset, don’t miss the fully immersive Temple of Dendur, dating from around 15 BCE, which captures the structure throughout the day, as the light from the vast glass windows of the gallery fades. 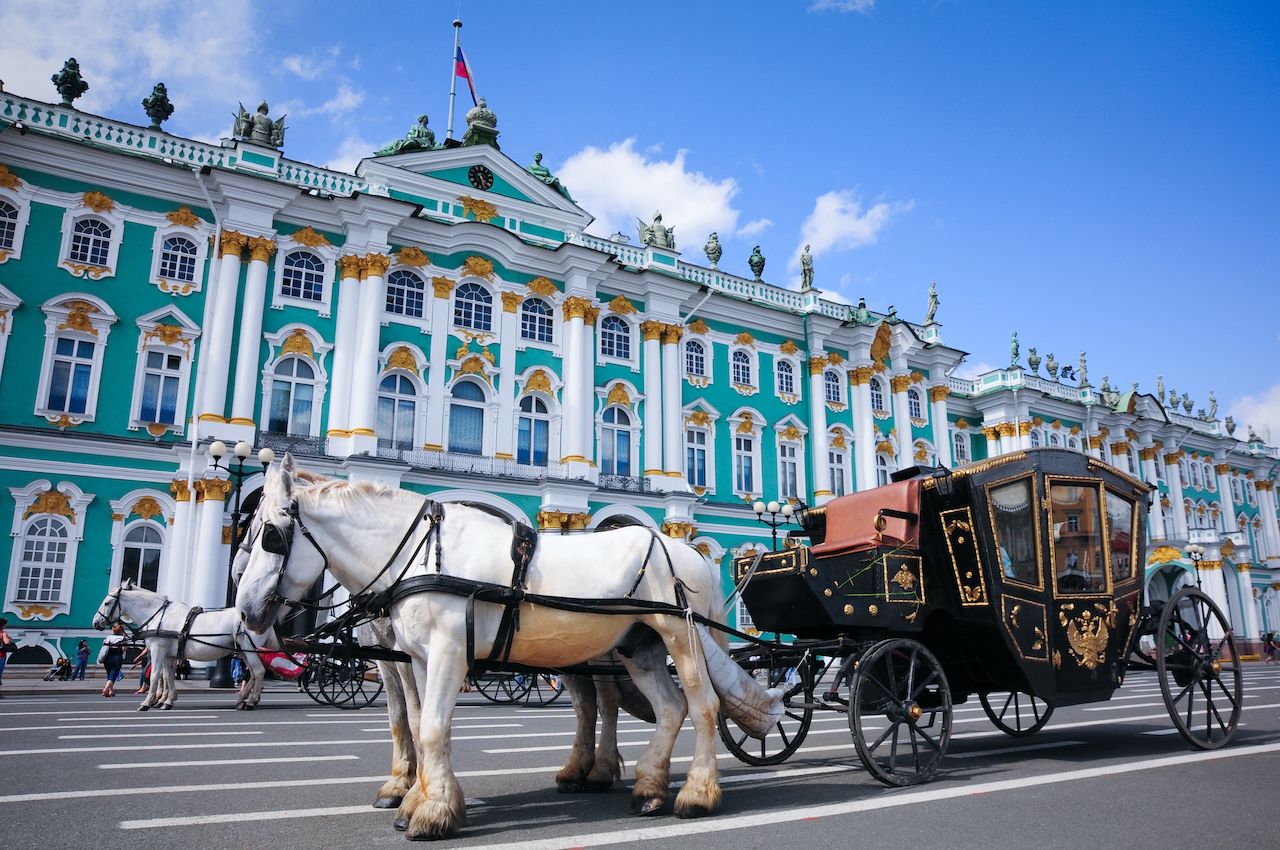 If social distancing is beginning to take its toll, it might be the right moment to take your mind away to Russia with this five-hour long video through the rooms of the State Hermitage Museum. With slow cinematic music and moments of curious contemporary dance, it’s a powerful mental distraction. 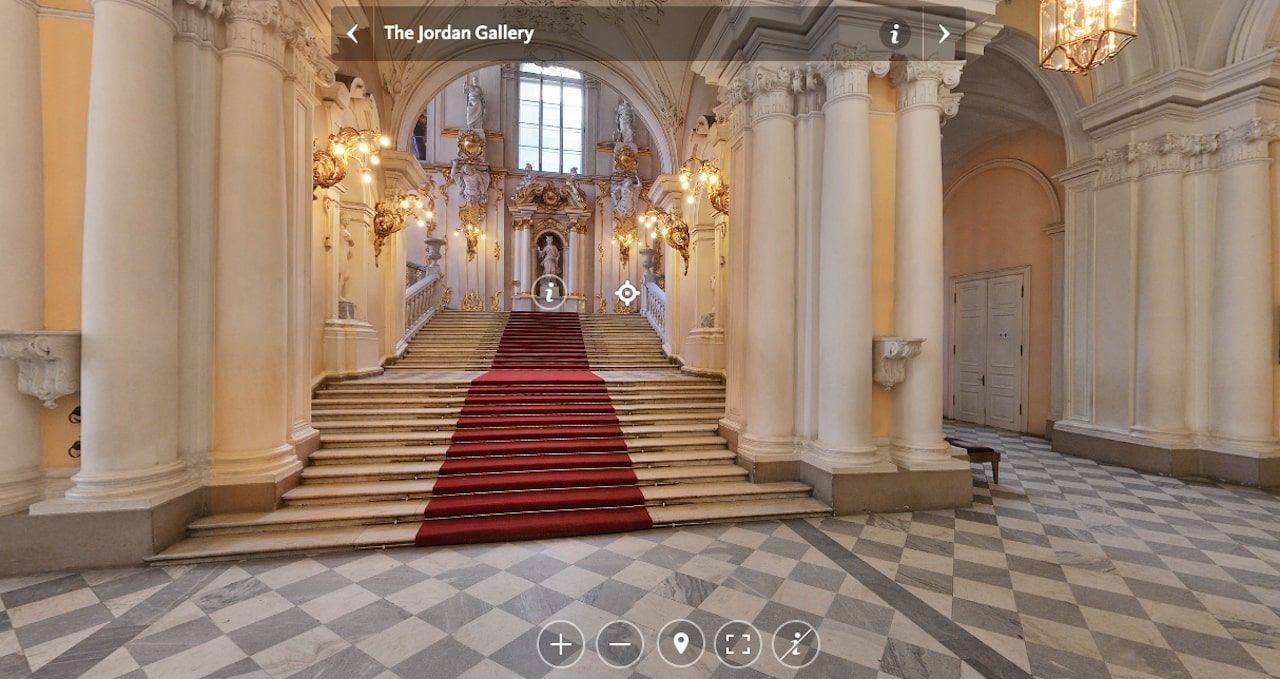 The extraordinary video journeys through 45 galleries, features 588 masterpieces, and includes live music and ballet performances. On the museum’s website itself, there is also the option to take a virtual tour through the gallery complex. 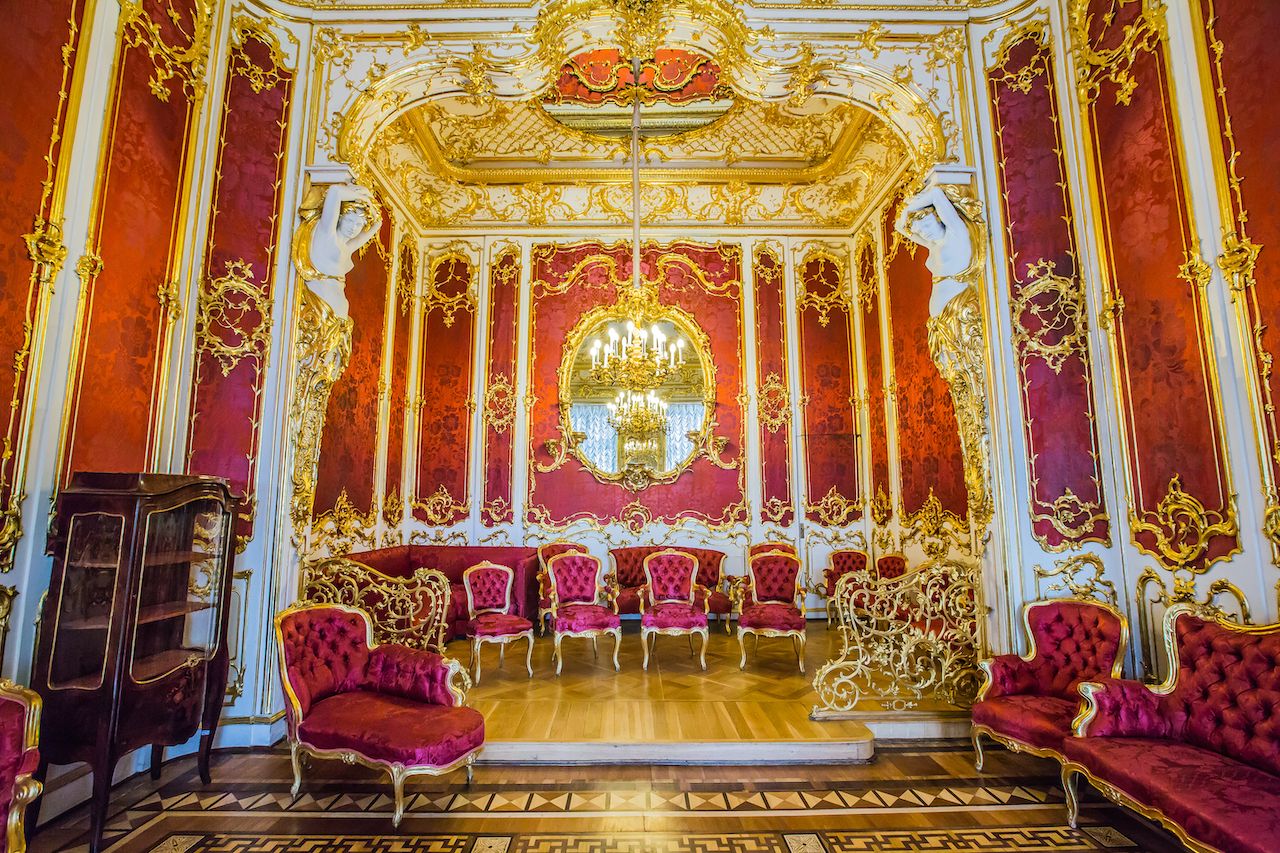 As helpfully recommended by the YouTube video, highlights of the video tour include the grandiose, gilded Jordan Staircase in the Winter Palace and details of the Raphael Loggias, which were built as a reproduction of those found in the Papal Palace in Vatican City. The video takes you close up to individual artworks too, such as a self-portrait by Rembrandt and “The Lute Player” by Caravaggio, an Italian master from the late 16th and early 17th century.

BooksCheerful Books That Will Bring You Joy During This Isolating, Scary Time
Tagged
Art + Architecture Museums Technology + Gear
What did you think of this story?
Meh
Good
Awesome