Summer has the ability to conjure a specific scene in the imagination: an endless beach touched by a gentle tide, with all your friends circled up on the sand playing music from a spotty bluetooth speaker, drinking hard seltzers in broad daylight even though they’re probably illegal to consume on said beach.

Most Americans don’t live anywhere near a beach, yet the fantasy is still the same for many. For the landlocked, the solution is usually jetting off to California, Mexico, Florida, or a Caribbean island for a dose of sun and sand. This summer, add New England to that list. The region is more than just historic homes, aggressive drivers, and Patriots bumper stickers. New England has some of the country’s best beaches — not just for quiet relaxation but also good old-fashioned summer shenanigans.

From Maine to Rhode Island, these are the New England beaches (including ocean, river, and lake beaches) that you should party at this summer. 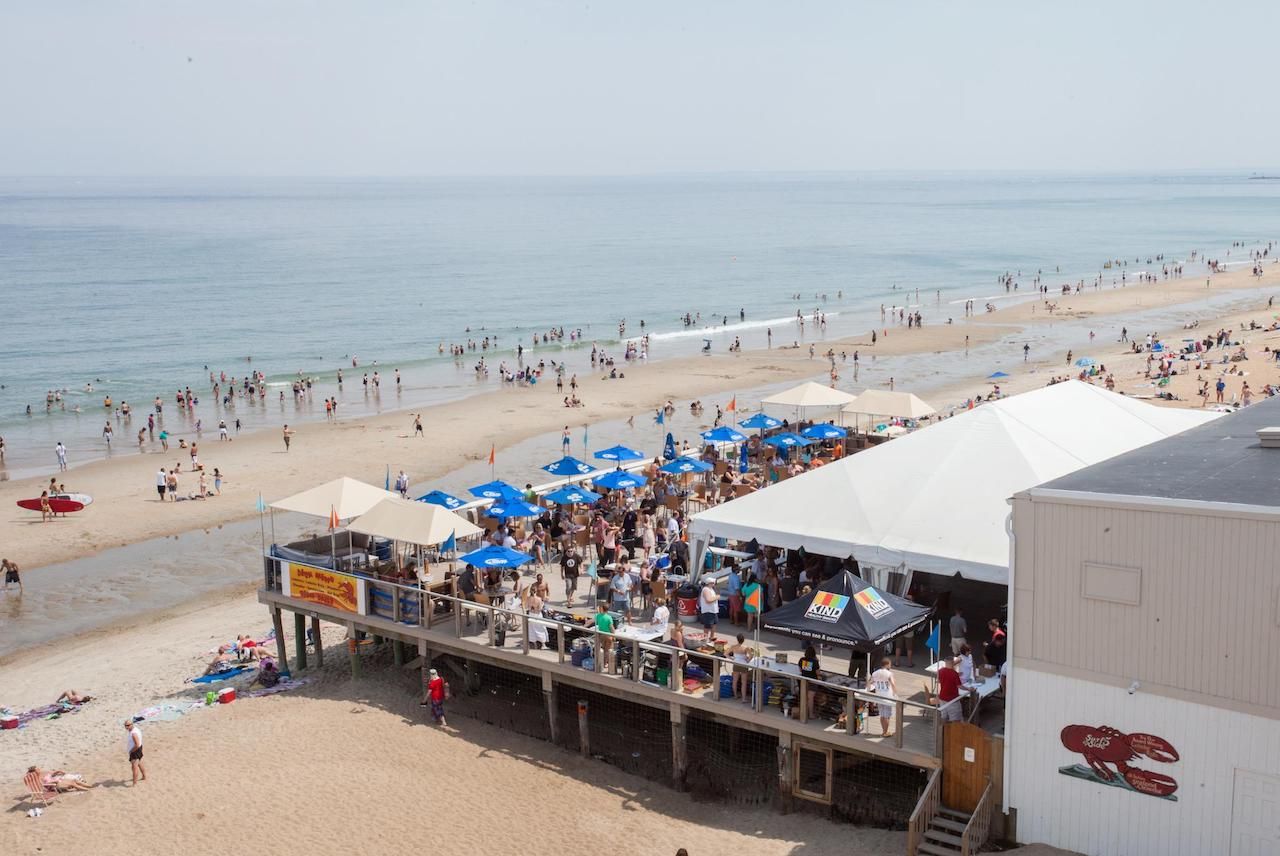 “Going to Salisbury Beach” means more than just posting up on the sand. You could spend a whole day here without ever setting foot on the beach itself. Located on the northernmost tip of the Massachusetts North Shore, which is within sight of New Hampshire, Salisbury Beach is known for two things: how easy it is to get away with drinking on the beach (which, to be clear, is not technically allowed) and the bars along its historic midway.

Just steps from the beach, bars like Surfside have unparalleled views of the water and live music every weekend in the summer. Make sure to stick around for Reggae Sunday, when Surfside hosts a reggae band, and the beach community really comes alive. You’ll also stumble across one of the pizza world’s most bitter rivalries.

Beach pizza is a pizza style unique to the Salisbury Beach area that’s defined by its rectangular shape, sweet sauce, and sparse use of cheese. Tripoli’s and Cristy’s have been rivals for decades, and each spot has its own fiercely loyal following. Deciding which one to patronize might be your most important decision of the entire trip. 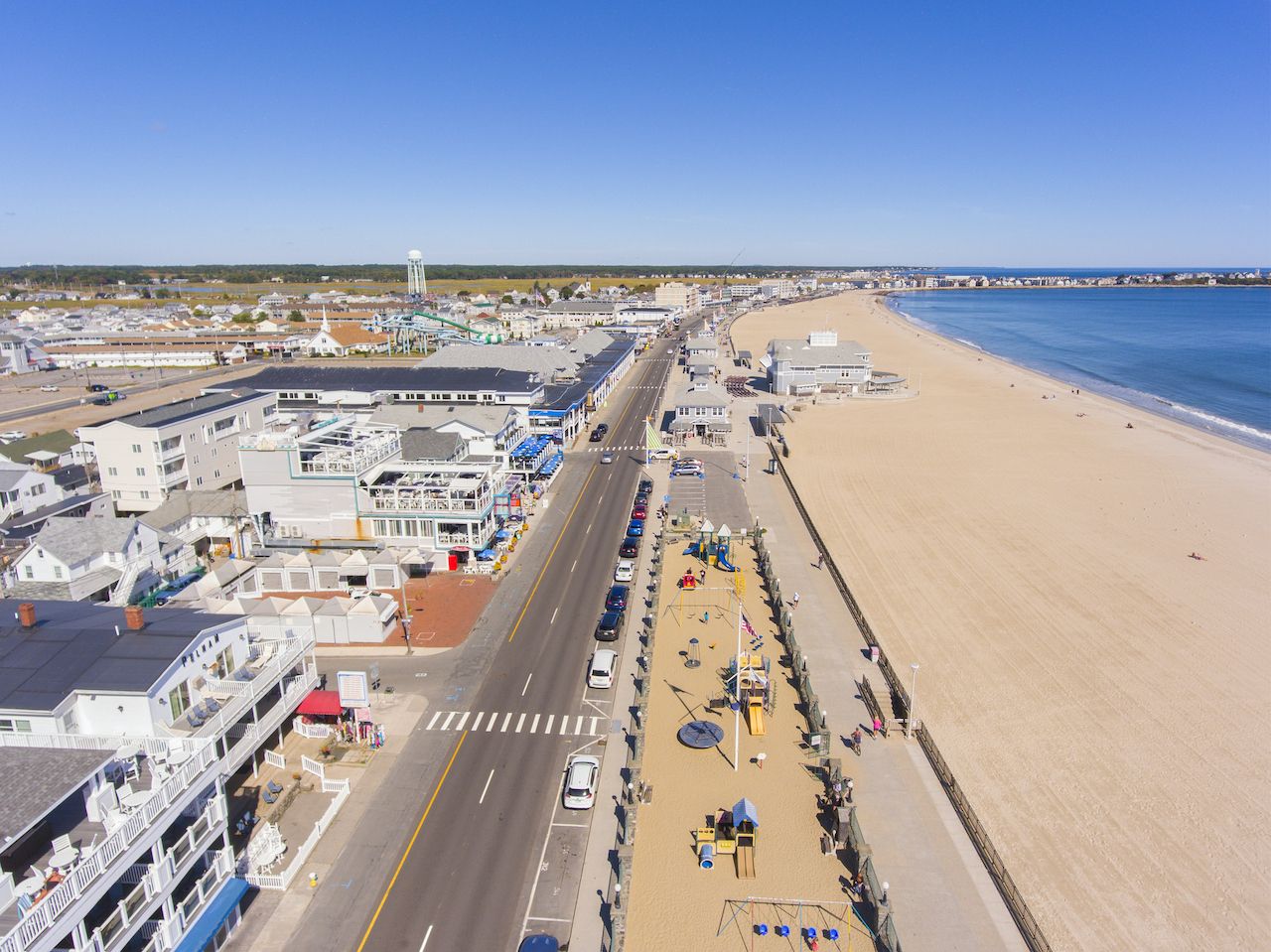 Hampton Beach takes the best of Cape Cod and Las Vegas and rolls it all into one walkable strip. The mile-long beach itself has been named one of the cleanest in the country, though you might not know it by witnessing the debaucherous scene across the street. Running parallel to the beach, the Hampton strip is full of bars, restaurants, live music venues, and two casinos, attracting hundreds of partygoers every weekend in the summer.

Bernie’s Beach Bar is one of Hampton Beach’s most popular venues. Right across from the Beach, Bernie’s is an entirely outdoor restaurant and bar with a second-floor deck overlooking the ocean, and it hosts live music every weekend. There’s also Wally’s Pub, L Street Tavern, and several other bars just steps from the beach. The strip’s most widely known venue, however, is probably the Casino Ballroom. This full-fledged concert venue hosts both local acts and internationally recognized talent, like Third Eye Blind and Matisyahu. As for the casinos themselves, there’s the Hampton Beach Casino and Aces and Eights. Both offer low-minimum play, making it much harder to drunkenly bankrupt yourself. 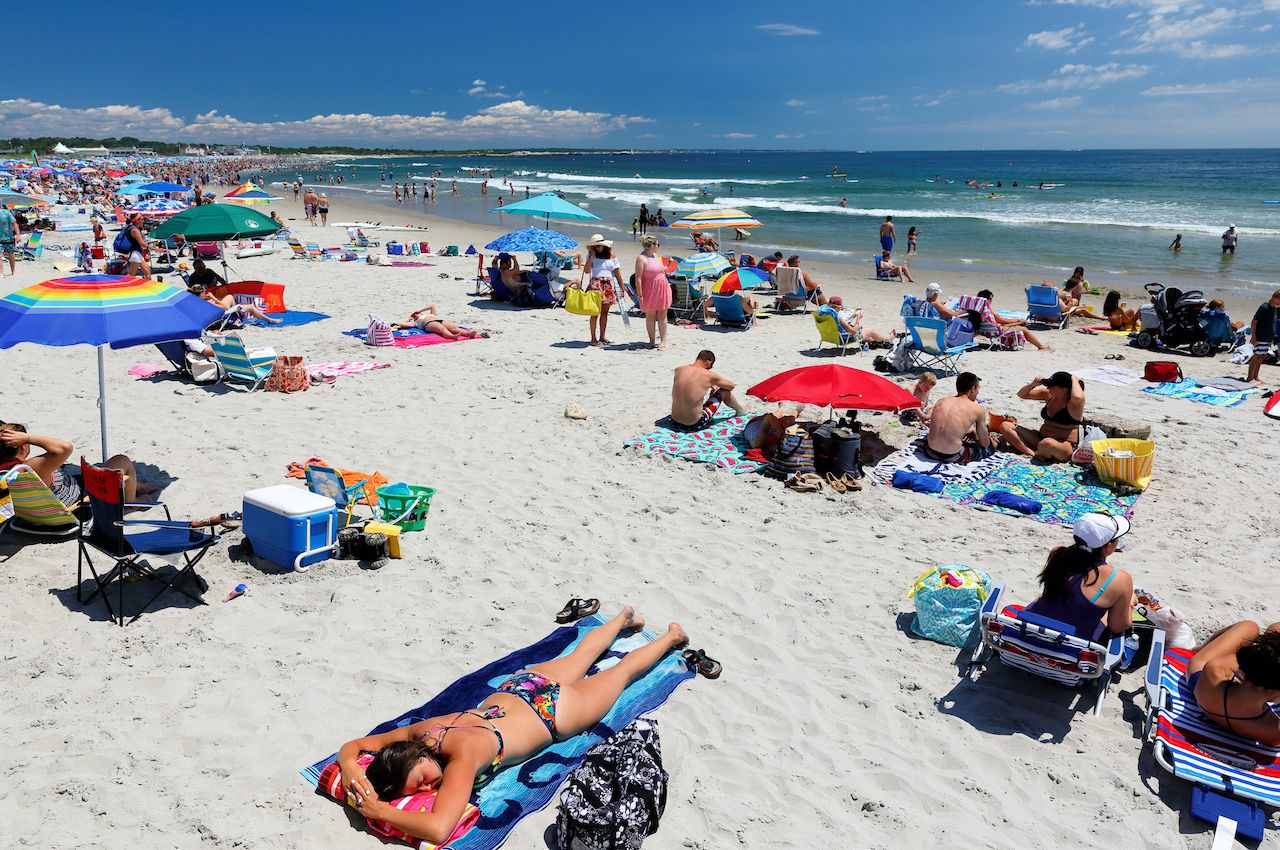 One of the most popular beaches in New England, Narragansett is also often considered the best for surfing. With a designated surf area, you can either hop on a board yourself or just sit back and watch the wipeouts. The 19 acres of beach are located right next to the center of town, putting beachgoers within easy walking distance of restaurants and bars.

The historic Coast Guard House is the closest you’ll get to dining right on the water. The restaurant is known for its deck right over right rocks, as well as its selection of seafood and cocktails. PJs Pub is another local favorite, located just three blocks from the beach, and Crazy Burger is a BYOB burger bar right around the corner.

For a change of scenery, you can also take the ferry to Block Island. After just an hour’s voyage, you’ll arrive at the New England version of island paradise, with plenty of nature trails and unspoiled beaches to explore. 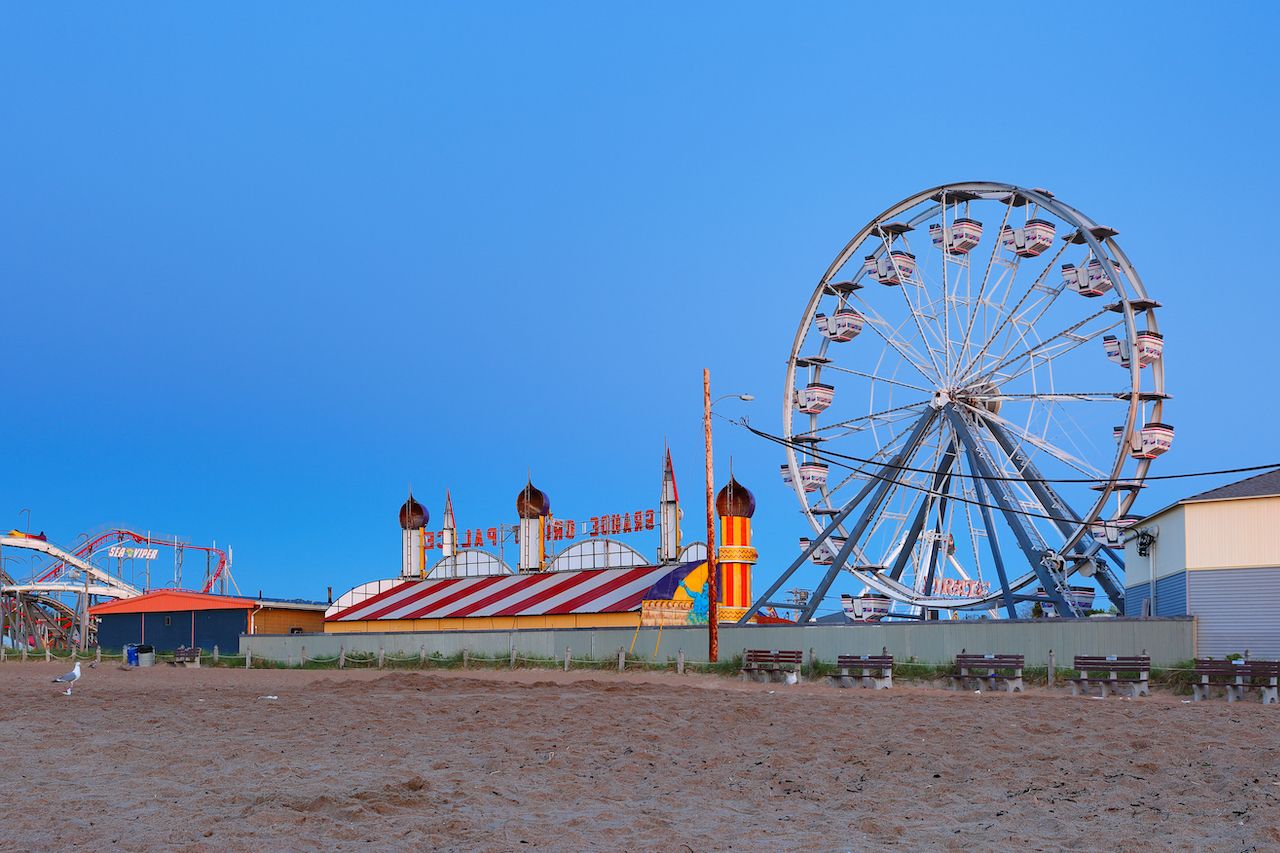 Old Orchard Beach is exactly what someone who has never been to New England pictures when they think of New England. Home to one of the last remaining oceanfront amusement parks in the US, the beach has a historic pier complete with a classic carousel, rides, and carnival food. The pier itself extends 500 feet into the ocean, featuring several family-friendly seafood restaurants during the day, and nightlife and live music at night. With frequent musical performances, drink specials, and bars, the Pier has one of the most popular bar scenes in Southern Maine. If that’s not enough for you, there are also fireworks shows every Thursday night in the summer. To truly relive your youth, the Palace Playland has over 25 rides and attractions for all ages, including one of the top five roller coasters in the country — the Galaxi Coaster. 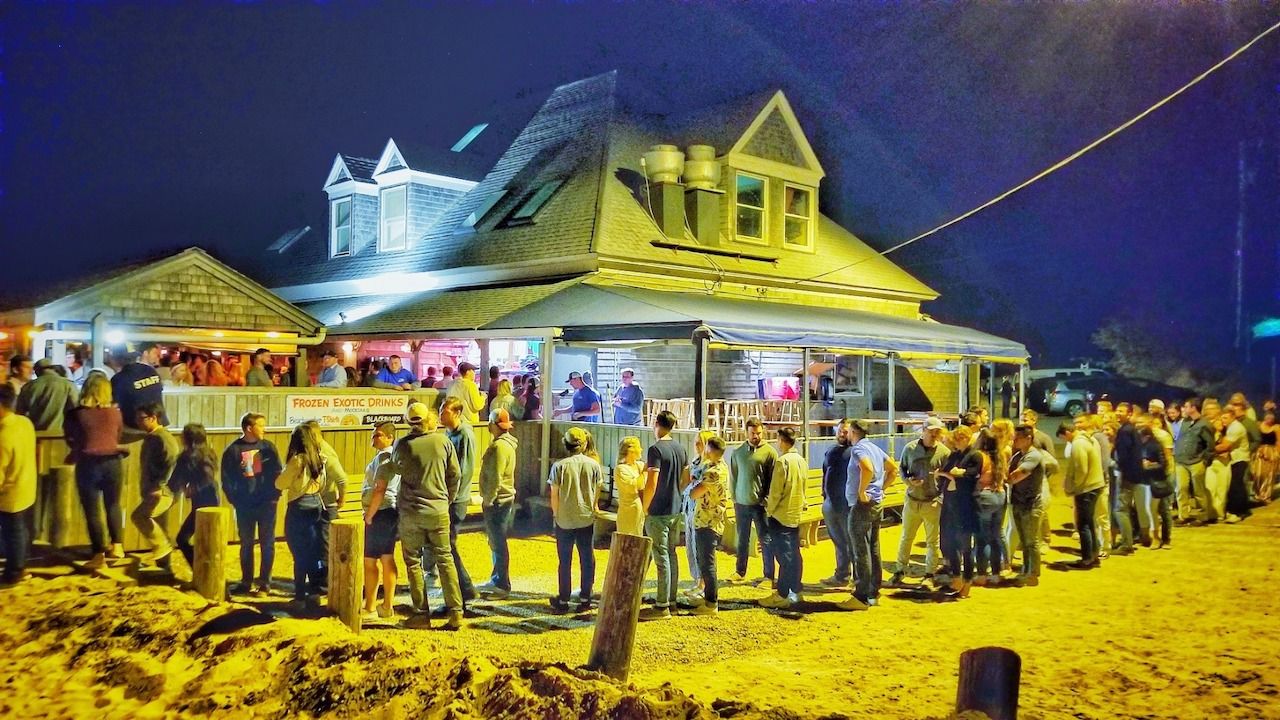 Going to Cape Cod is like waiting in one of those Chick-fil-A lines that stretch across four lanes of traffic. The journey is miserable, but once you arrive, it’s all worth it. Cahoon Hollow Beach in Wellfleet is totally worth the gridlocked drive over the Sagamore Bridge. The beach is mainly known as the “Beachcomber” beach — a name derived from the Beachcomber, one of Cape Cod’s most popular bars for live music and cocktails. As such, the beach attracts crowds from all over the Cape eager to enjoy the waves, dunes, and seaside party scene.

Frequently voted one of the best beach bars in the country, the Beachcomber has a long history dating back to 1953 when it served as a small inn of the same name. It was sold to its current owners in 1978 and has been one of the Cape’s most iconic bars ever since. Nestled in the dunes of Cahoon Hollow Beach, the bar has sweeping views of the ocean and calls itself “Cape Cod’s only restaurant and club.” So while Cahoon Hollow Beach might not have as much variety as Old Orchard in Maine, its star attraction is certainly worth a few hours in traffic. 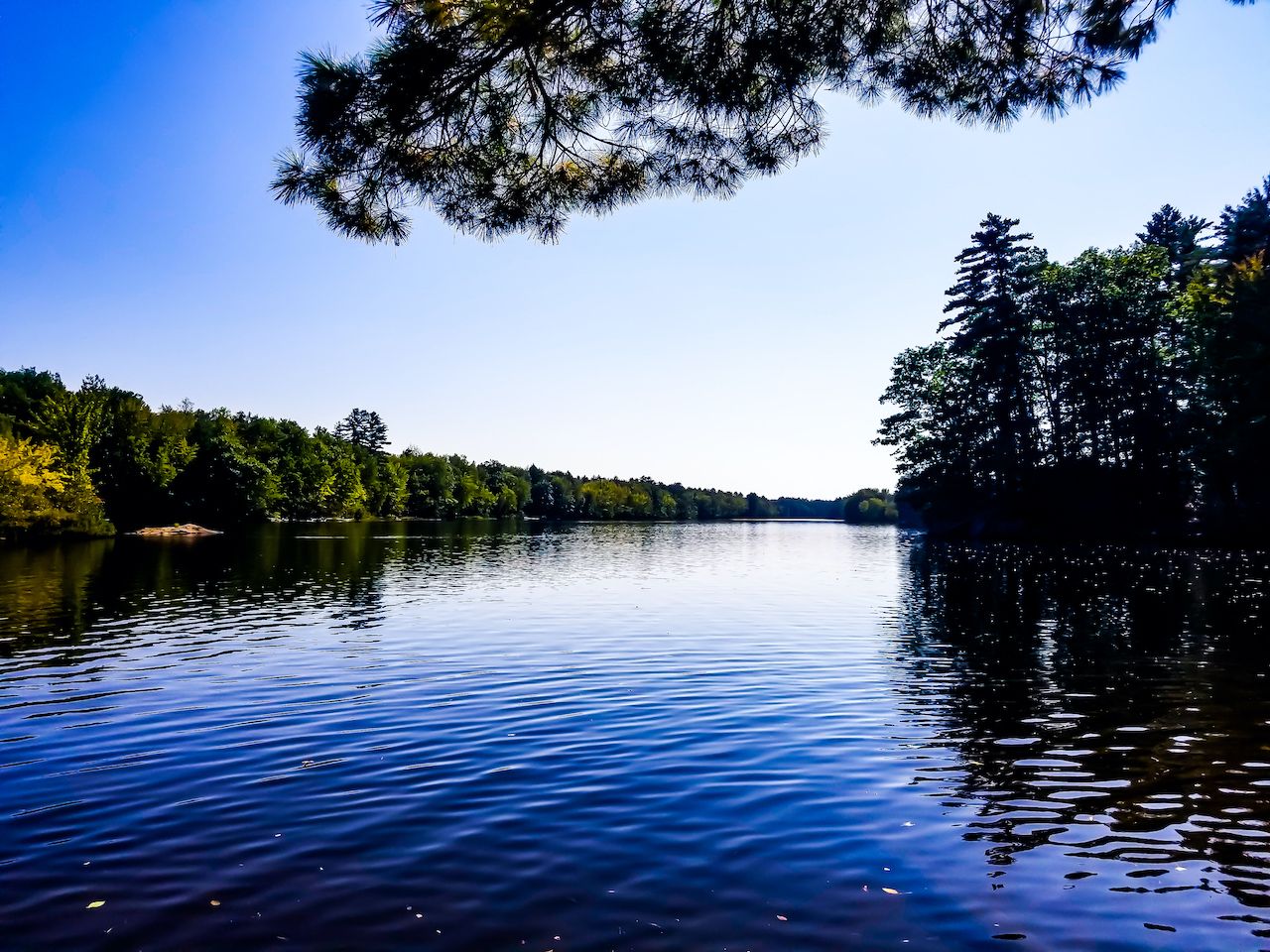 Movies might suggest that a classic New England summer is spent on Nantucket, wearing Sperrys and playing Can Jam on the beach. Anyone from New England will tell you it’s actually camping by the Saco River in Maine. The river itself spans 136 miles from the White Mountains to the Atlantic Ocean and has become synonymous with long summer weekends. There are seemingly endless locations along the riverbank to set up camp and go tubing with beer in hand, but Weston’s Beach in Fryeburg is undoubtedly one of the best. Combining the river and beach experience, Weston’s Beach is a much smaller beach than you’re probably used to, but it’s the perfect spot to set up some chairs, pop a cooler, and watch your friends drunkenly try to navigate the river in their tube. The area is also great for swimming and kayaking. 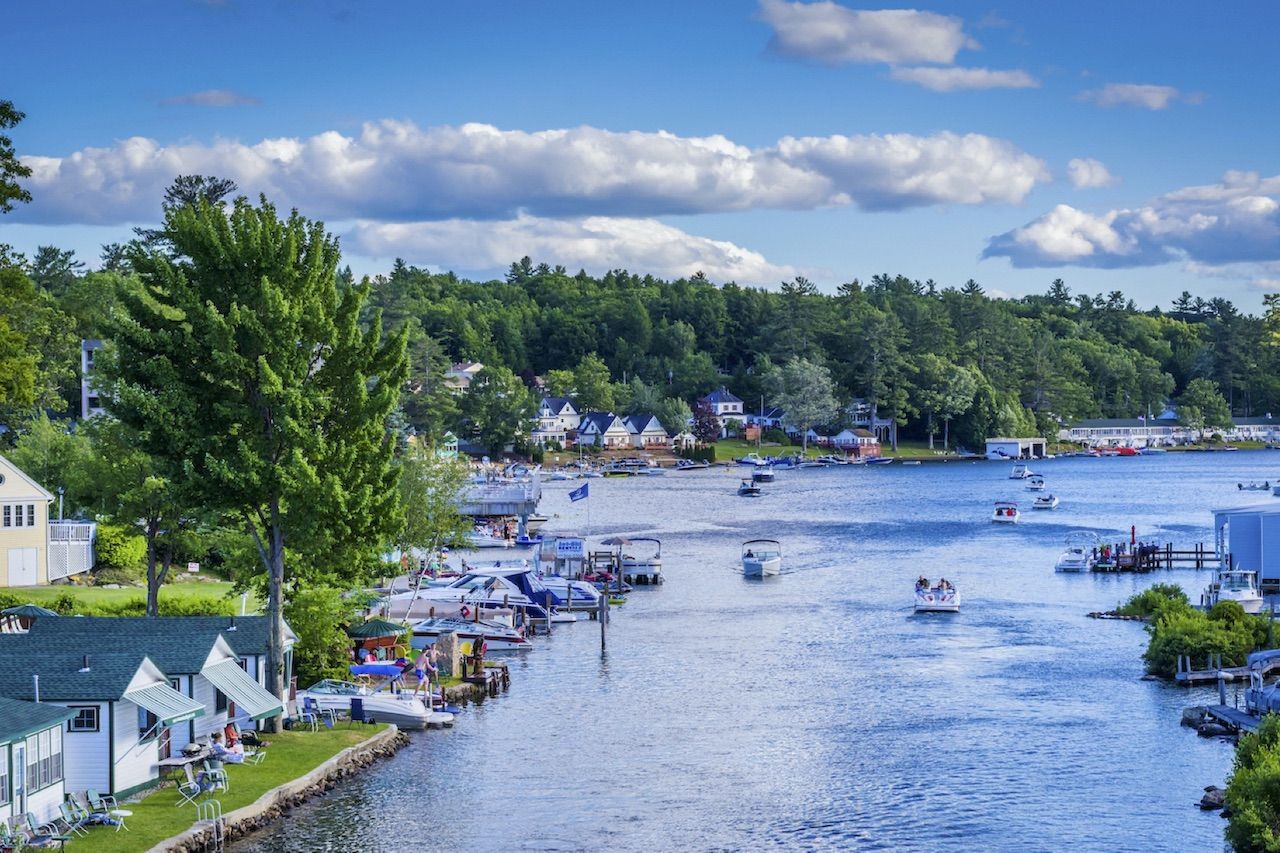 Lakes in New England are like the ocean’s less appreciated younger brother. They never quite get as much attention. If there’s one lake that occasionally gets the praise it deserves, it’s Lake Winnipesaukee in New Hampshire. The state’s largest lake, Winnipesaukee is located at the foothills of the White Mountains and is one of the region’s most popular summer vacation destinations. Weir’s Beach in Laconia is the best place to take advantage of all the scenery and other attractions the lake has to offer.

The beach itself, located on the southern shore of the lake, is in the heart of all the action. The boardwalk and pier have several shops, restaurants, boat rentals, and arcades. There’s even the Weirs Beach drive-in theater. Just a few miles away you’ll find the Gunstock Mountain Adventure Park with the region’s largest ropes course, and Funspot, the largest arcade in the world. Also make sure to hit up the Bank of NH Pavilion, which hosts huge live concerts every few days in the summer. The biggest weekend around Weirs Beach is probably Laconia Motorcycle Week in mid-June, when thousands of motorcycle enthusiasts descend on the small town. Yes, it’s exactly as rowdy as you’re imagining.