Winter has arrived in New York City, so it’s time to pack on those layers and do our best to stay warm for the next several months. While there are fun activities you can do outside for free, sometimes you just need to stay inside and hand over a few more bucks to keep warm. Luckily, everyone seems to like drinking beer, so there should be no protests from your group. NYC is no stranger to the brewing scene, so there’s plenty of breweries that’ll help you hide out from the winter weather this season — here’s our list of the seven best. 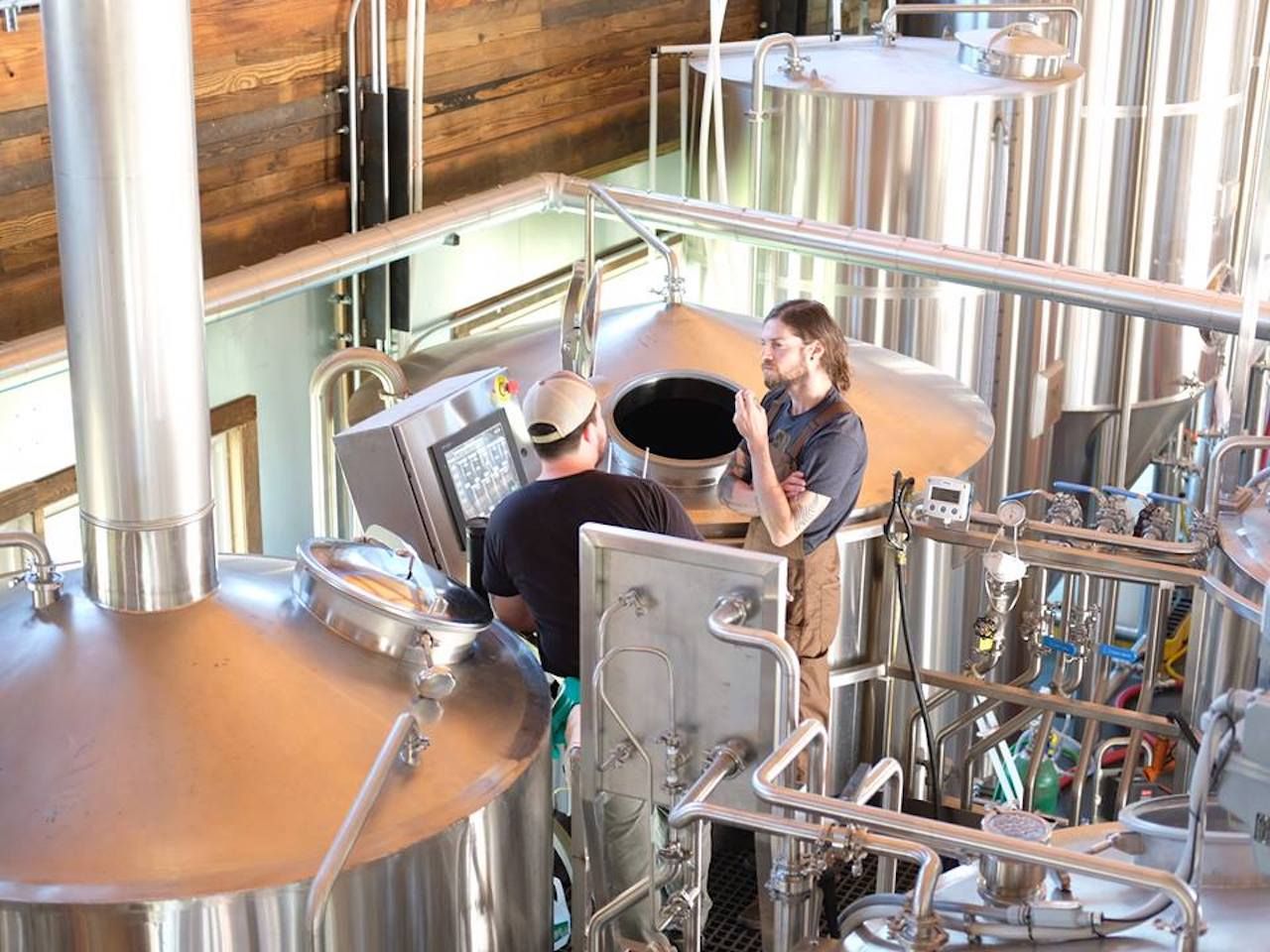 This brewpub is smack in the middle of the Gowanus and Park Slope neighborhoods, and it’s close enough to other Brooklyn attractions that you can combine a day of sightseeing with visiting one of the coolest breweries in the borough. The main bar serves cocktails and wine, but what you’ll want to pay attention to is the 24 line draught system, containing both Threes’ own brews and a rotating selection of beers from other breweries both local and out-of-state. Threes focuses on German lagers, Belgian farmhouse ales, and hop-forward American ales, and the names of its brews are cheeky and fun, such as the Are We There Yet? and the Unreliable Narrator. The backyard is a big hit in the summer, but during winter, the space is enclosed, and heaters are installed so you can have all the benefits of open space without freezing. For food and coffee, Threes has partnered with the Meat Hook and Ninth Street Espresso. 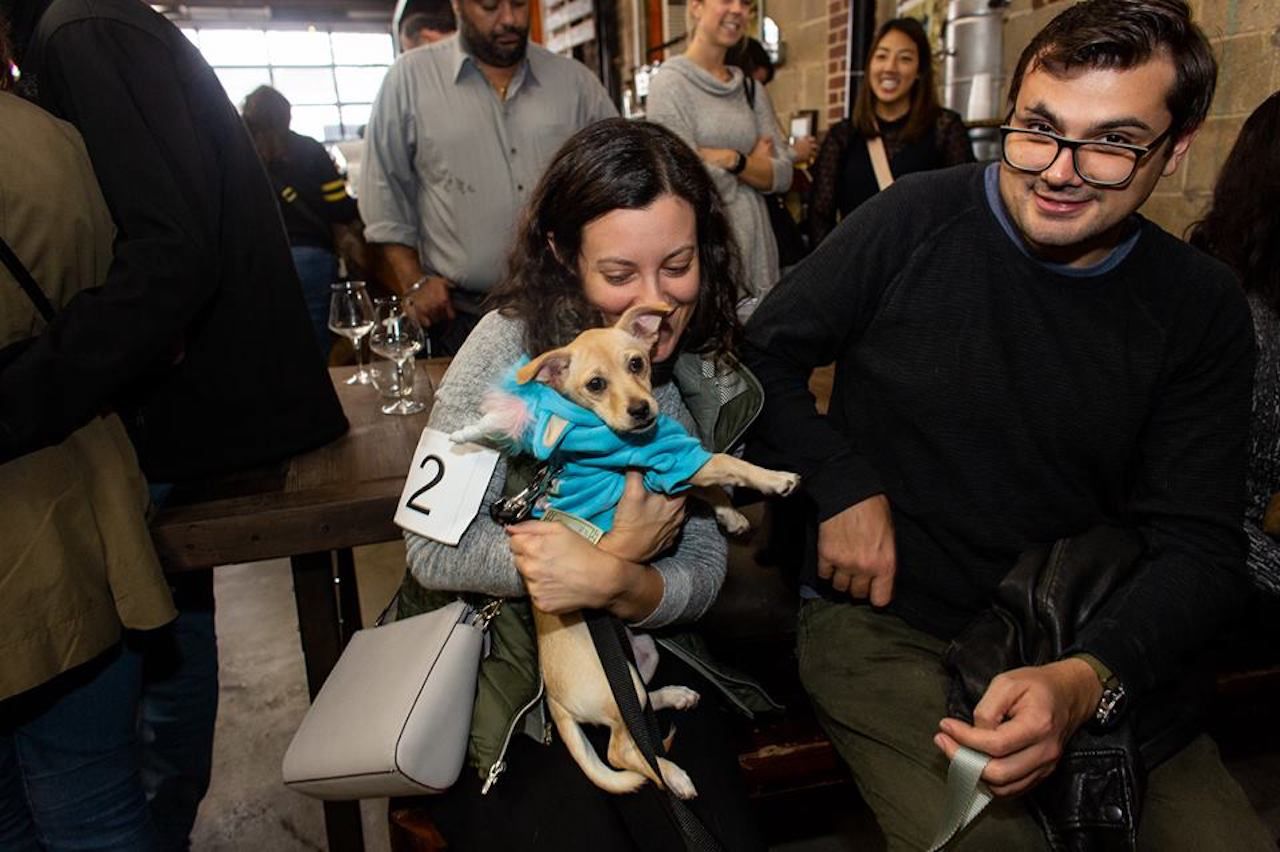 Good beer and cute dogs are a great way to attract people, and Fifth Hammer has both. The open industrial space is a 15-barrel brewery with a constant rotation of beers, both its own brews and special collaborations. Prices range from $3 to $14 depending on glass size, so it’s all within an affordable amount for the quality you’re getting. If you’re able to visit on a Wednesday, from 8:00 PM to 11:00 PM there will be a “Beer for Ears” event in Fifth Hammer’s tasting room, with live music to accompany the tasting. It’s dog-friendly, so there’s always a chance you’ll be able to make new furry friends — and maybe even bond with others over a mutual love of booze and adorable pets. 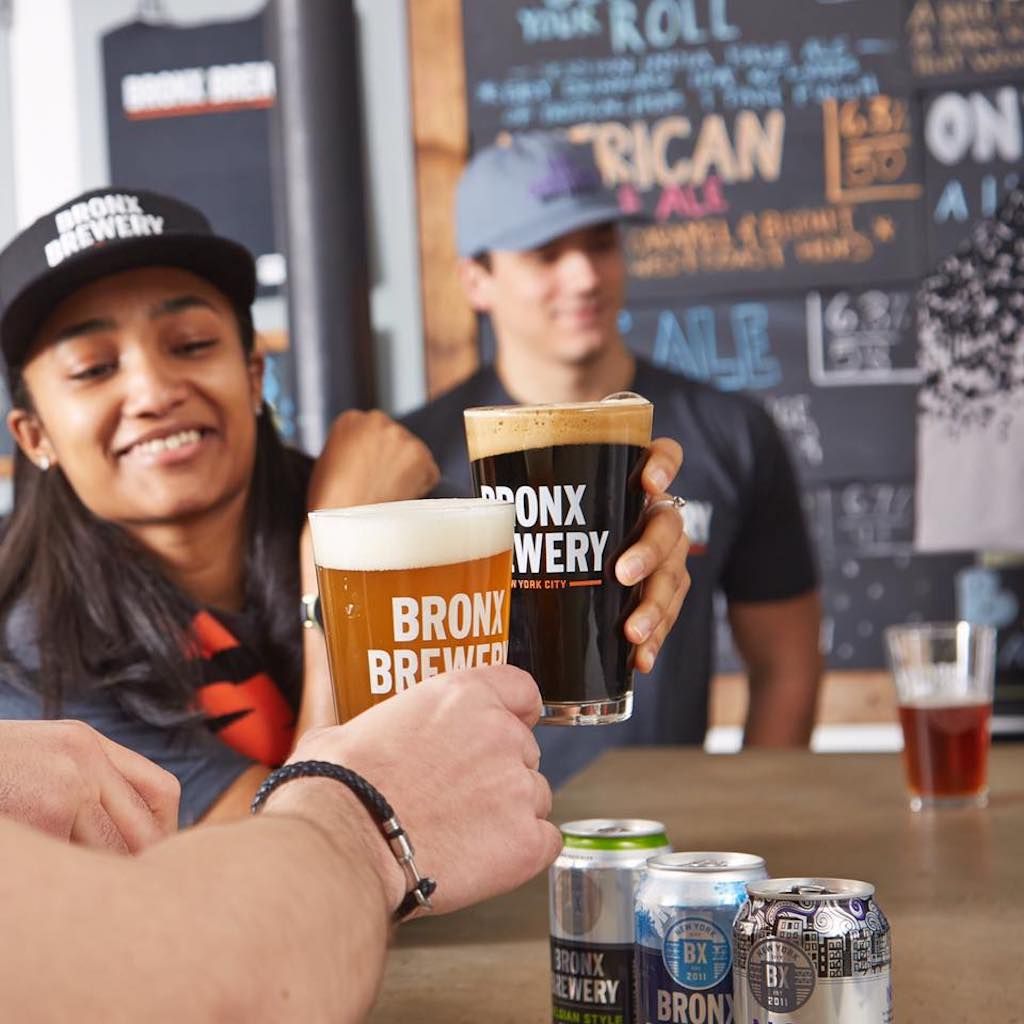 Brooklyn and Queens are major dominating players in NYC’s brewery scene, but the Bronx is also throwing its hat into the ring. Located in the Mott Haven neighborhood, the Bronx Brewery’s building has had a long history before it became home to the local brewery; it was an ironworks showroom, a garment manufacturer, and a vending machine warehouse. Today, you can visit for free tours on the weekends or hang out in the taproom and try out some of its staples, such as the Well Earned pilsner, Built for This pale ale, and No Resolutions IPA. When it’s warmer out, visitors can head outside to the backyard where you’ll likely find a DJ, live performances, and food trucks. As a bonus, the Bronx Brewery partners with local organizations to help give back and improve the community. Its tagline, “No Nonsense Ales,” is a perfect summary of a business that keeps everything nice, easy, and simple. 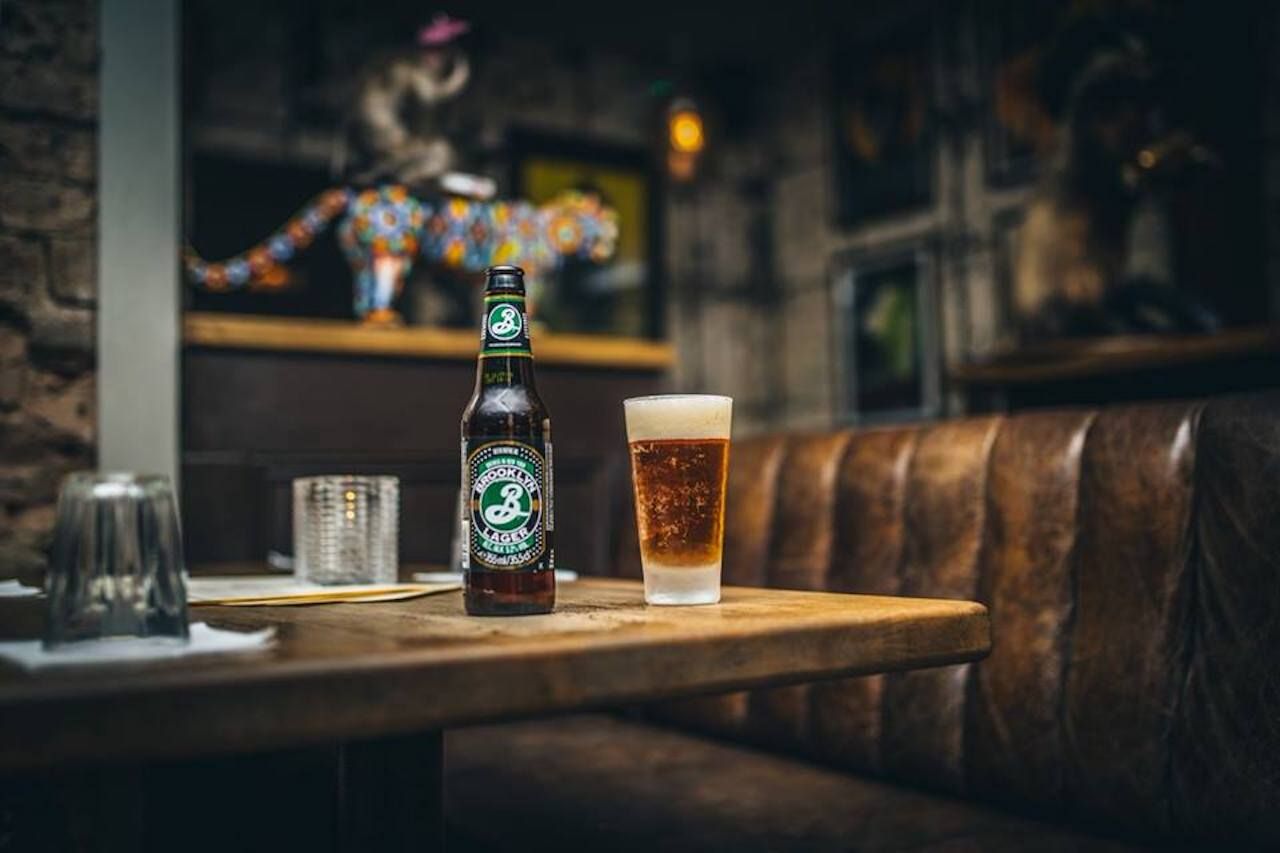 The ubiquitous Brooklyn Brewery logo is known to most, whether they’re a beer aficionado or not. The brand is well-known for a reason, so you can’t go wrong when choosing one of its beers — New York Comic Con even partnered with Brooklyn Brewery to make its Brooklyn Defender IPA the official beer of convention. On weekdays, there are small group tours for $18 where groups will learn about the brewery’s history and have a guided tasting. If you visit on the weekend, there are larger free tours held every half hour — these are pretty popular, however, so expect a wait. Only small bar snacks are available, but from time to time there are food trucks outside whose food you can bring inside to eat while you sip your beer. There are also frequent events happening in the tasting room, such as a holiday night market, skee ball tournament, and New Year’s Eve party. 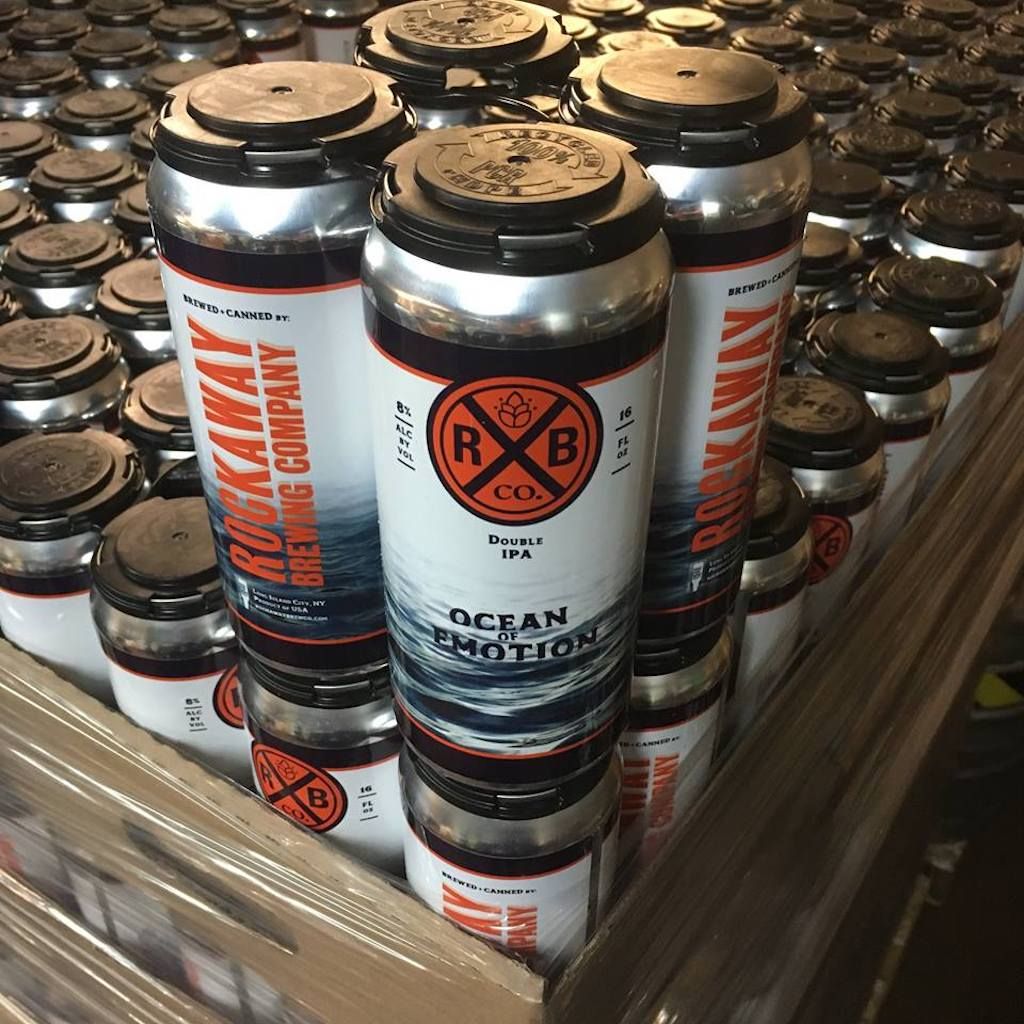 The trek out to Long Island City is worth it to visit Rockaway Brewing Company, a homebrewing-project-turned-business. Just minutes away from the beach, the 3,600-square-foot space currently has four of its classic brews on tap and four specialty ones, made with ingredients such as watermelon, pine, and anise. The space also hosts various events like karaoke, markets, and tie-dye nights. The vibe here is very relaxed; to get a weekend tour, just ask your bartender for the low-down. 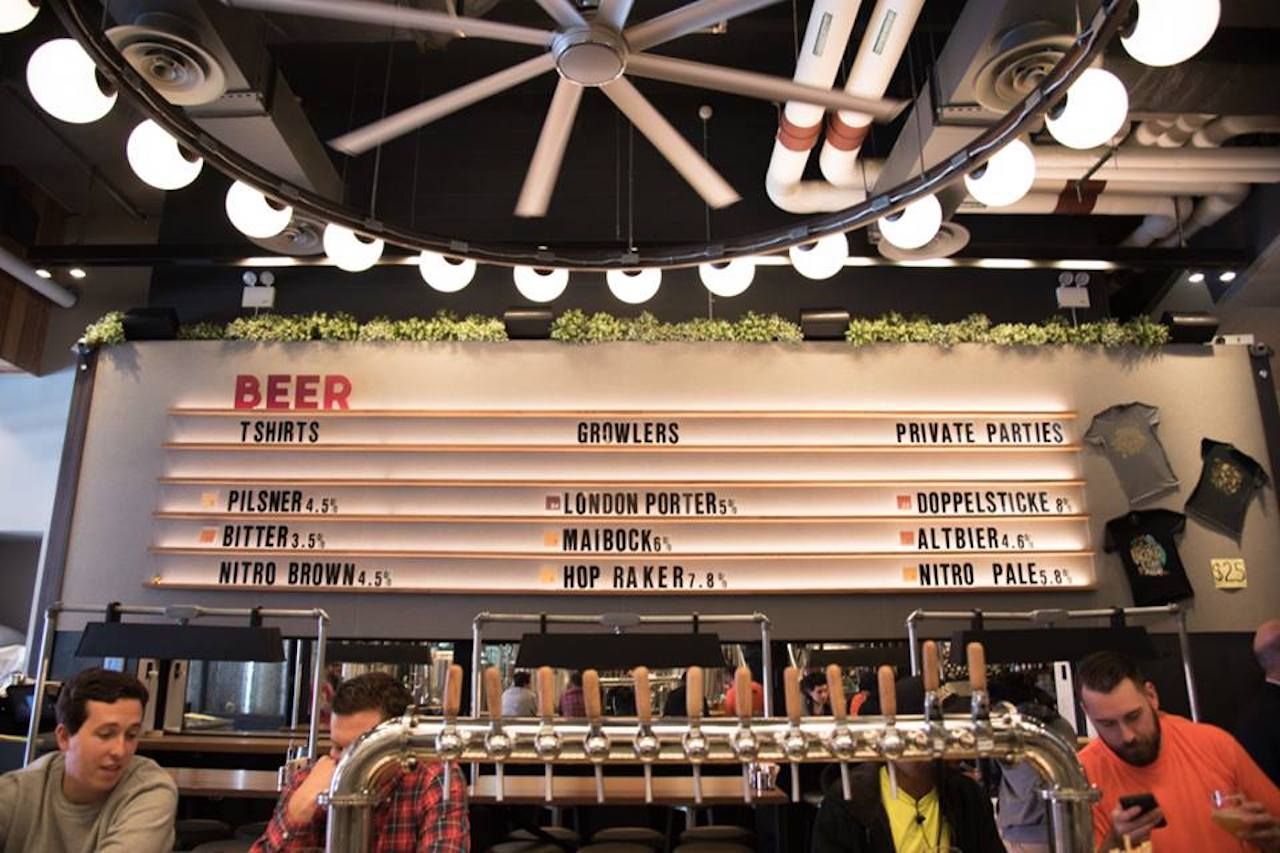 Beer and pizza are a great combination, and anyone who disagrees is just plain wrong. Circa Brewing Co., a 6,000-square-foot brewery and wood-fired-pizza restaurant, serves to prove this point. The menu includes foods like steak and eggs, wraps, and salads, but you’ll want to pair your housemade beer with Neapolitan-style pizzas that use every ingredient under the sun. 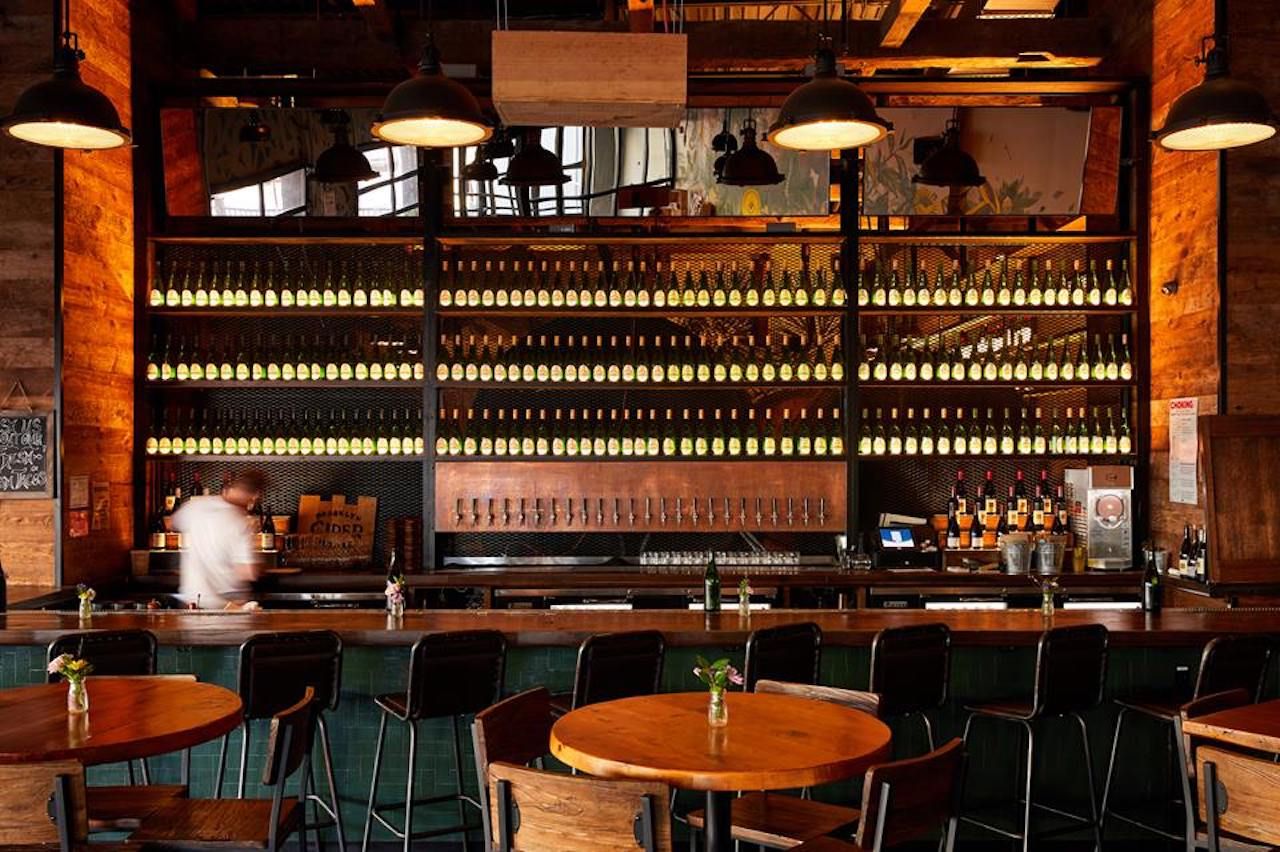 While technically not a beer brewery, Brooklyn Cider House is a cidery and Brooklyn’s first at that. It’s also a bar and restaurant, so you could easily spend several hours here with a group of people. There are four delicious core hard ciders, and the menu has a chart that’ll help you decide on what to get depending on if you’re looking for something crisp, dry, sour, or sweet. Drafts are reasonably priced at $7 a pop, and you can even get bottles of cider to go at $10 each. There are also limited release ciders that rotate out on a seasonal basis, such as the Solstice ‘18. Visit on the weekends for brunch, where you can have a traditional American breakfast or a new take on Spanish dishes, all made with farm-fresh ingredients. If you decide to go for the prix-fixe dinner, you’ll enjoy four courses and dessert, as well as traditional Basque “cider catching” in the barrel room. BCH hosts events regularly, including tastings, educational workshops, and harvest celebrations. Oh, and there’s cider doughnuts, too.

Budget Travel8 Free or Inexpensive Things To Do in NYC This Winter
Tagged
Beer Restaurants + Bars Insider Guides New York, NY, United States
What did you think of this story?
Meh
Good
Awesome