On a trip to Belfast, breakfast plays two crucial roles. It goes without saying that fueling up for the day ahead should be your top priority in a city with so much to see and do. On top of that, Belfast is a city where the temptation to overindulge the night may be irresistible, and the right breakfast can be your saving grace. Even for the locals. Whatever you have planned for your trip, here’s every breakfast spot you need to know about grabbing the first meal of the day in Belfast. 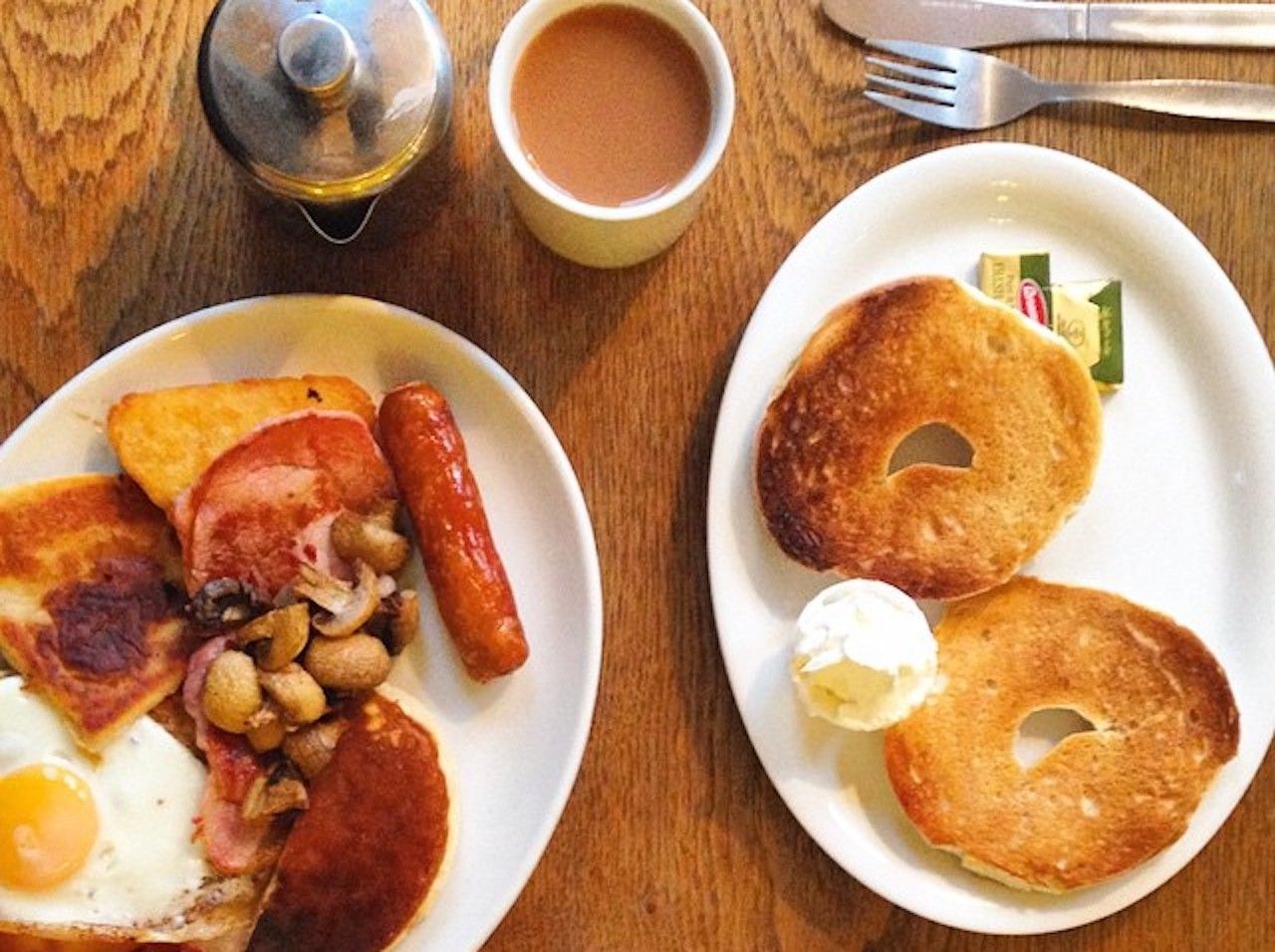 Located in the Queen’s Quarter, Maggie Mays is as much of an institution among Belfast’s student’s as Queen’s University itself. While Maggie’s has spread to three locations around the city, the original on Botanic Avenue still stands with its mahogany booths and cavernous interior. The menu here is well geared toward the groggy and the price-conscious, but the standout favorite with locals is the bumper fry. This spin on the traditional Ulster fry supplements the bacon, sausage, eggs, and traditional breads with hashbrowns, beans, and a generous helping of hand-cut fries. Everything on the menu is rated on a three-bottle scale of how it performs as a hangover cure, which really says everything you need to know. 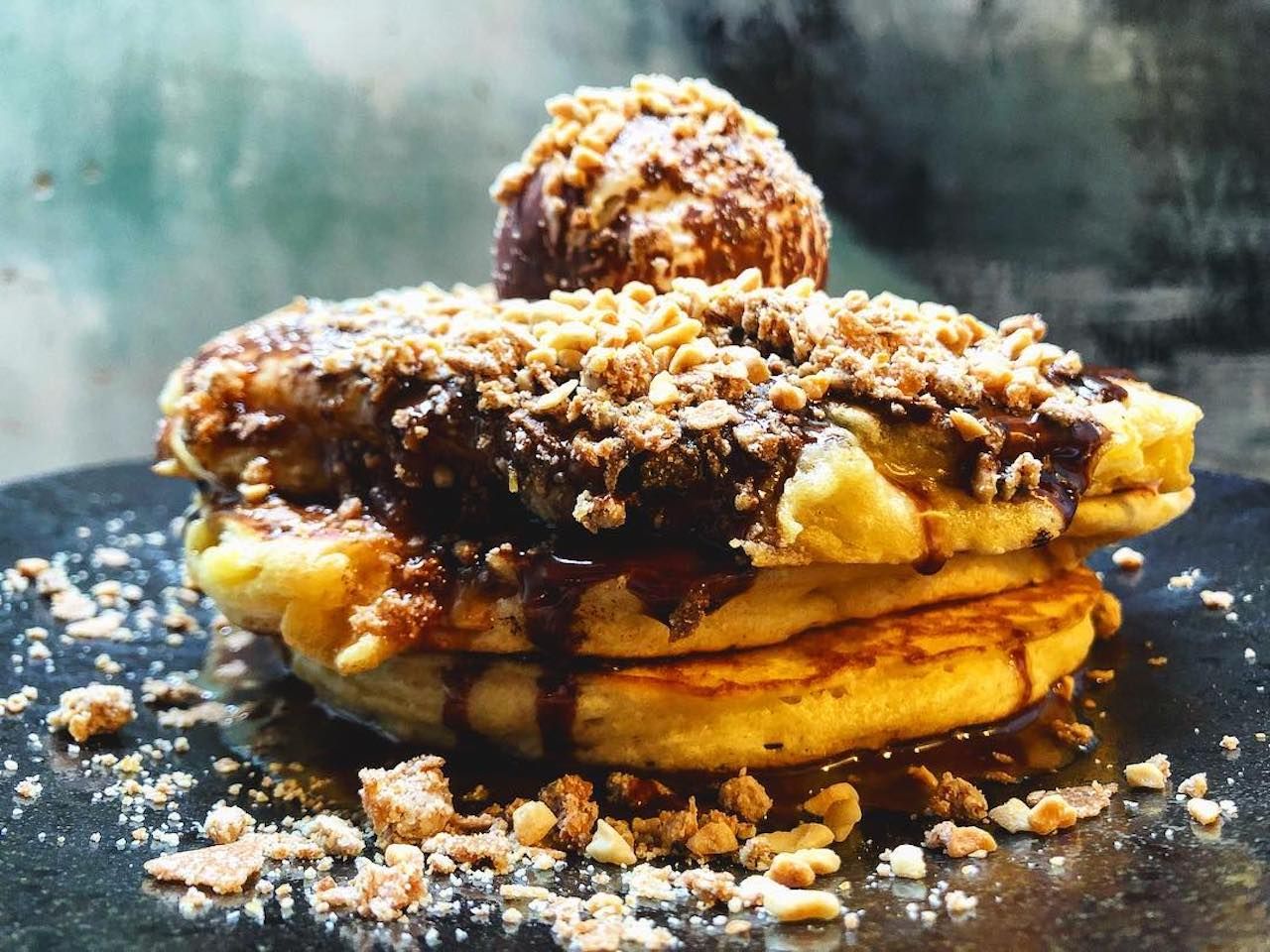 On the more sophisticated end of the spectrum you’ll find General Merchants on the fashionable Ormeau Road. In 2013, two Belfast natives who were living in Australia spotted a gap in the market for locally sourced, small-plate food in their hometown. General Merchants was born. Be warned: On weekends you’ll need to leave extra time to beat the brunch crowd queueing out the door. At first glance, you may find the breakfast menu slightly jarring, with Irish favorites like porridge and sausage rolls sitting alongside Mexican, Italian, and Indonesian dishes. No matter what you order, you’re unlikely to be disappointed, and General Merchants certainly justifies repeat visits to one of its three locations. 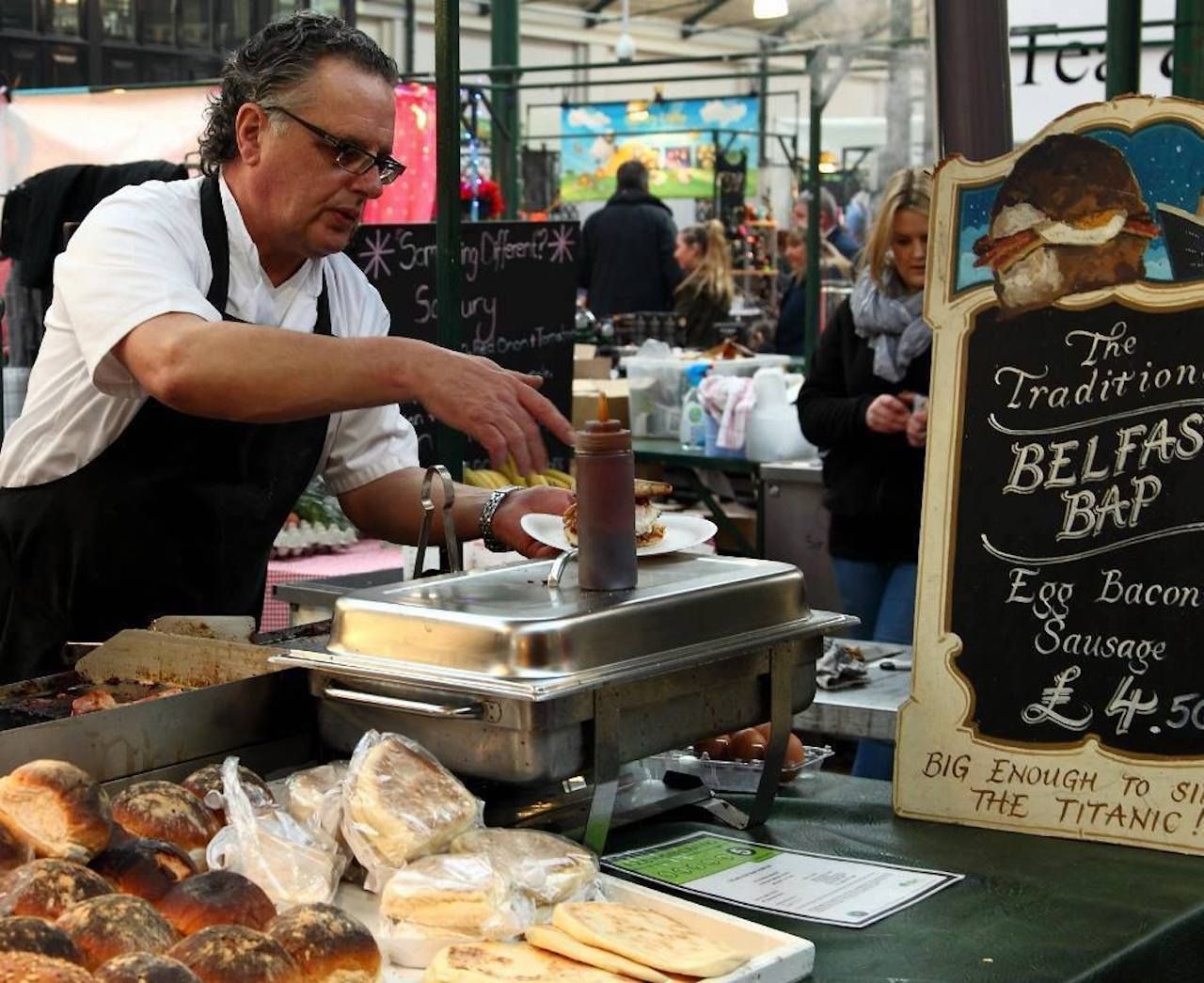 The neglected third son of Irish breads, the Belfast bap has yet to have the hipster-artisan revival enjoyed by its soda and wheaten siblings. The Belfast bap bread is underappreciated by locals and visitors alike with its sticky black crust and pure white center. However, one little stall in Belfast’s St George’s Market is doing justice to the humble bap. With a filling of locally sourced sausages, bacon, potato bread, eggs, and black pudding, the Belfast Bap Co.’s breakfast bap is billed as “big enough to sink the Titanic.” Right enough too: This monster is so tall you’ll have trouble fitting it in your mouth. You may be tempted to mingle around the market and check out the other stalls and entertainment, but you’d be better off finding a table and giving the Belfast bap your full attention. 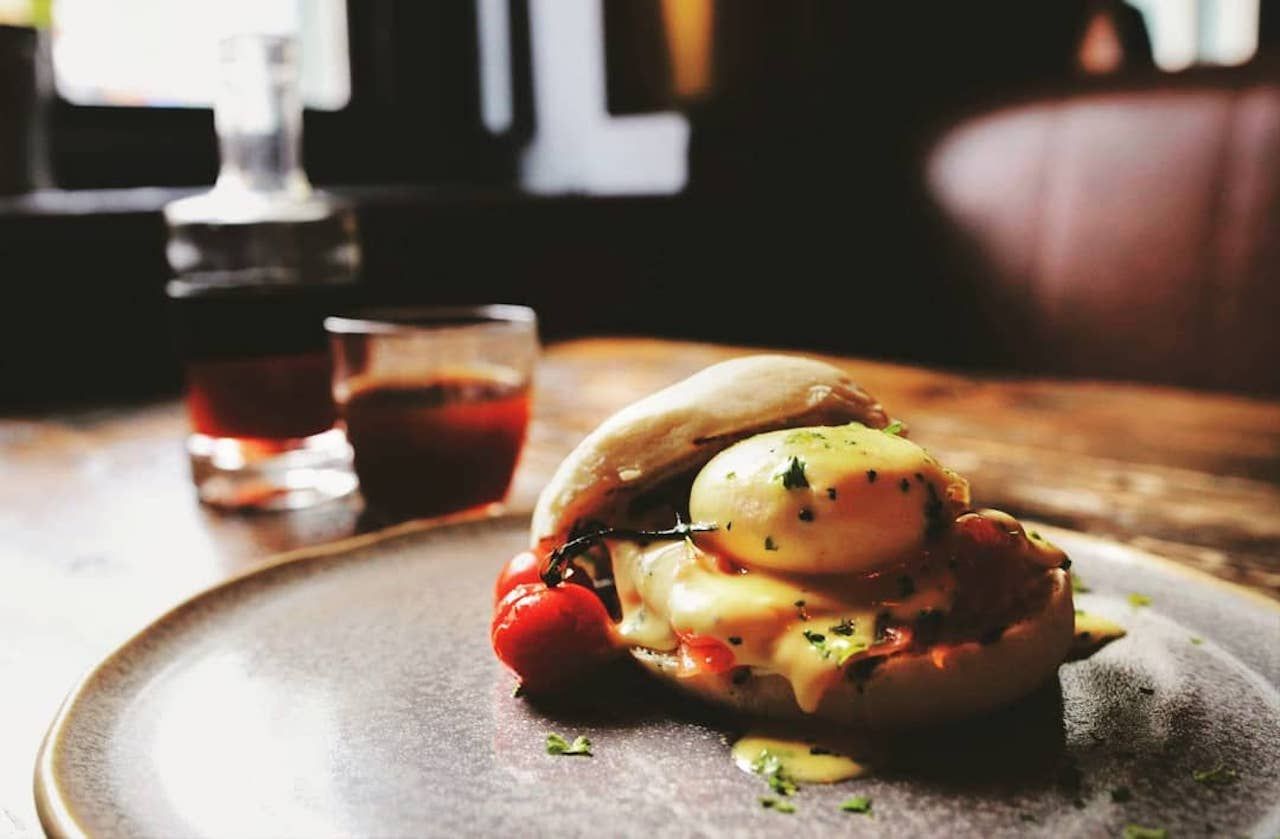 The self-proclaimed best cafe in Europe, Town Square is on a mission to create a space for people of all walks of life to get together, share ideas, and create art. Head chef Robert Wisniewski is at the core of the restaurant. It’s the place to be for modern cosmopolitan spins on traditional Irish breakfast foods. Town Square’s lighter take on the Ulster fry subs out soda bread and potato farls for sliced Belfast bap and comes served with pickled onion to cut through a dish traditionally heavy on the fried meats. Another standout is the potato hash, which introduces chorizo and mixed peppers to a typically conservative dish of fried potatoes and eggs. Healthier options are available too, with special mention going to the seasonal granola pots. 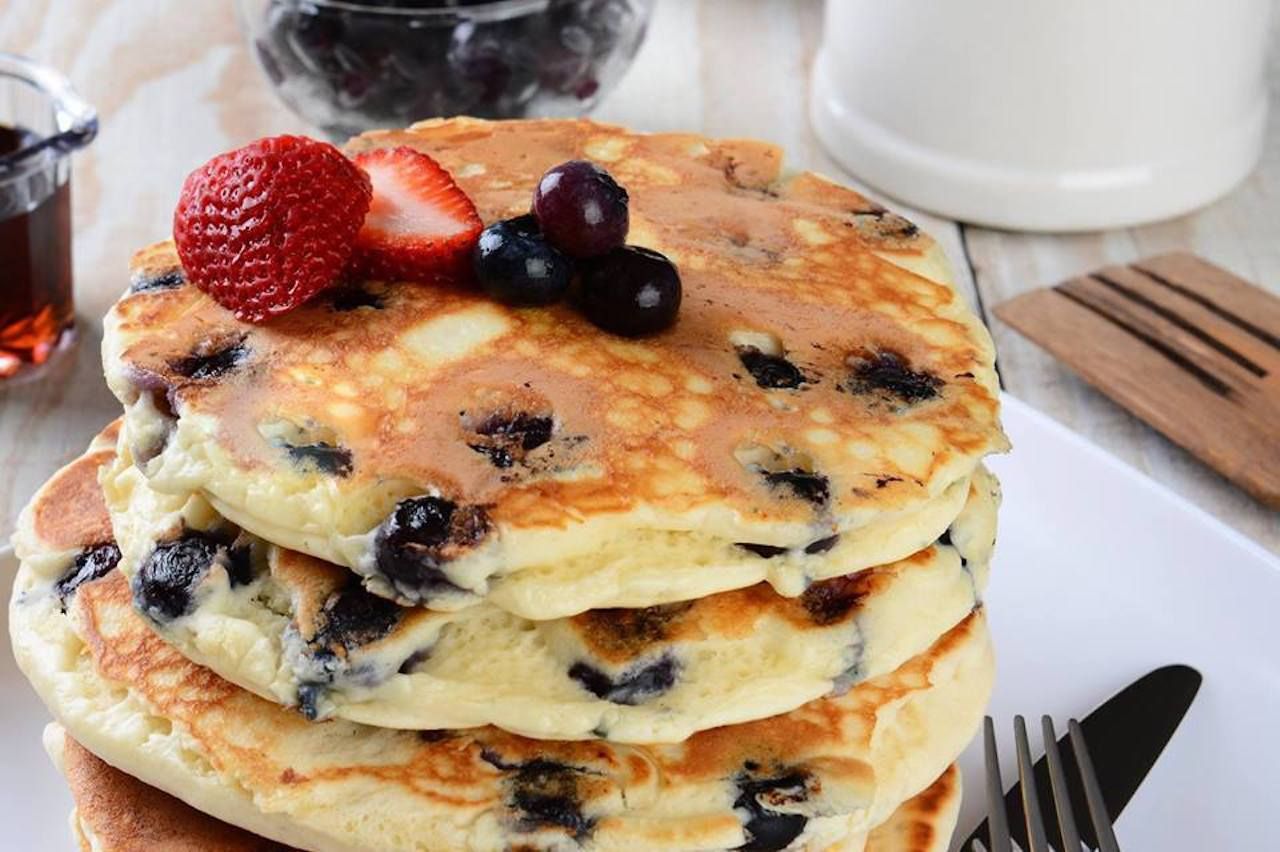 Located in the Great Northern Mall on Great Victoria Street, Yahi is the top choice for those on the go, whether they be commuters on the way to work or day-trippers heading up the coast via the adjacent train terminal. Skipper Brian Martin is something of a hunter-gatherer at heart, so everything on offer is local, fresh, and unprocessed. If you have time to sit down and indulge, it’s hard to look past the homemade raspberry and white chocolate pancake stack. For breakfast in a hurry, the spicy pork sausage roll with tomato relish loses none of its punch when enjoyed on the go. If the food’s not enough, Yahi also host a number of community outreach events throughout the year, so there’s even a chance you’ll enjoy your morning meal during a surprise performance from the Ulster Orchestra. 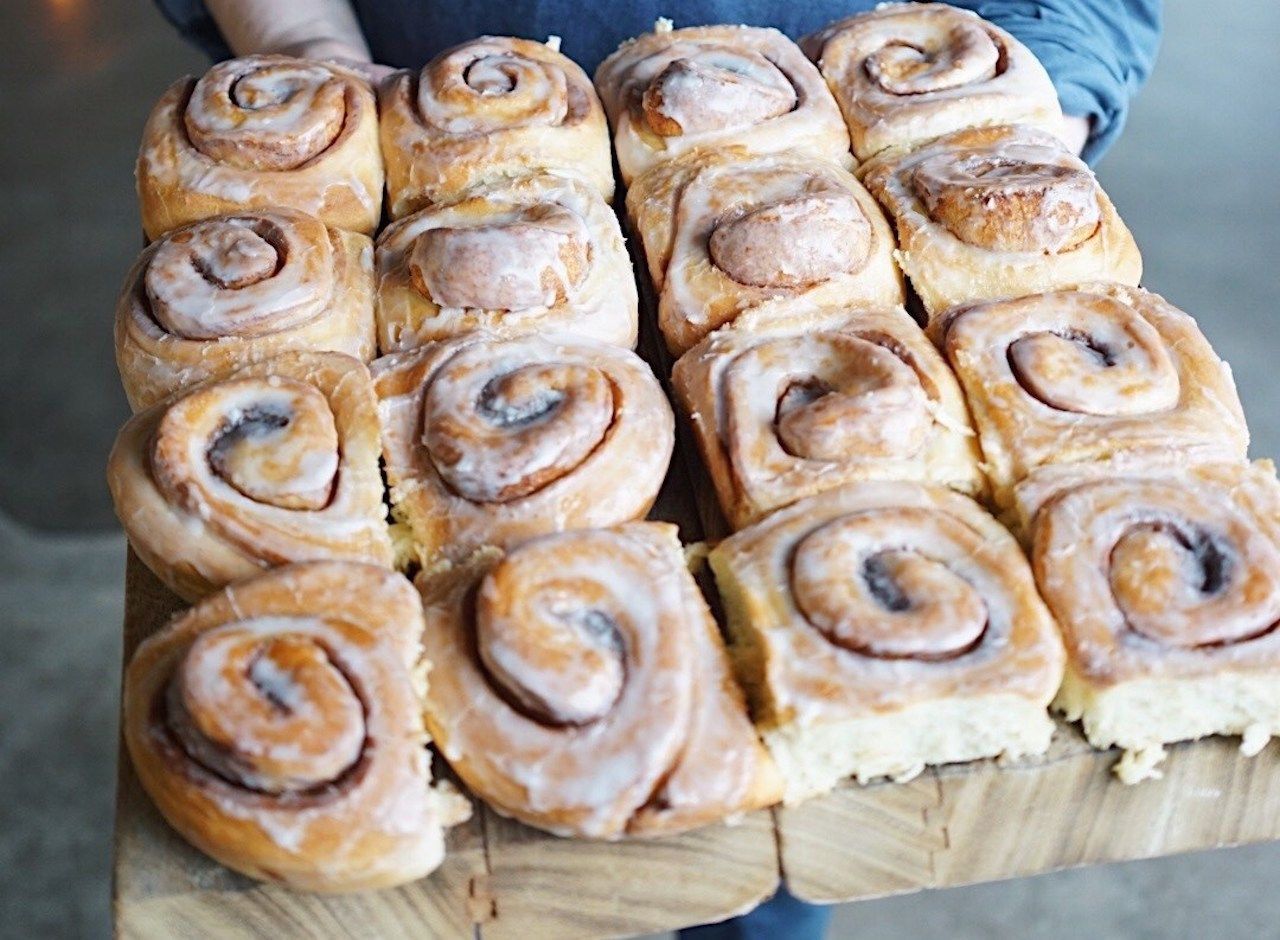 Cathedral Quarter’s Established Coffee is one for the coffee nerds. Kit Harington regularly got his morning cuppa here while filming Game of Thrones. The coffee here speaks for itself, though. On any given day, you’ll be offered the choice of three or four varieties of fair trade coffee beans from around the world. The food is worth shouting about, too. While the menu changes often, reliable favorites include poached eggs on sourdough with a generous helping of black pudding. For those who prefer a sweeter breakfast, it’s impossible to go wrong with the daily pie.

NewsThis Map Shows the Most Popular Breakfast Foods in the UK and Ireland
Tagged
Food + Drink Insider Guides Belfast, Northern Ireland
What did you think of this story?
Meh
Good
Awesome

The Best Places for Live Music in Belfast