If there are two things New Orleans is known for its jazz and food. Okay, maybe three – the parties are pretty good, too. Visitors arrive in the city eager to try po’boys piled with fried catfish, fresh oysters and shrimp fished straight from the Gulf, to sample the iconic smoky and spicy flavors of New Orleans signature Creole and Cajun cuisine. But there are so many iconic restaurants in this city, where it’s actually difficult to come across a bad meal. So where do you start? Well, our first piece of advice is to avoid Bourbon Street if you want to experience classic New Orleans cuisine done right – and well. The best restaurants in New Orleans specialize in fresh seafood, a homemade mix of spices, and hand-crafted cocktails.

Whether you’re visiting New Orleans for Mardi Gras and need a break between Hurricane cocktails and shots of whiskey for a meal that will satisfy your soul, or you landed in New Orleans just to take a food tour of the city, this guide to the best restaurants in New Orleans wil help you decide where to eat. Here are seven New Orleans restaurants that locals love and that anyone from out of town should try. 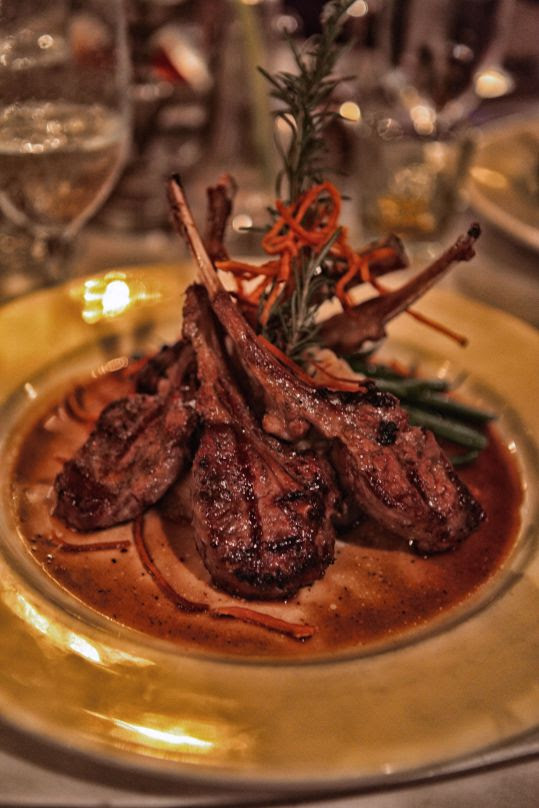 Photo by Just a Girl From LA

Irene’s diverges from the typical Creole and Cajun cuisine by serving French and Italian-influenced dishes – all with a New Orleans twist. There are oysters baked with pancetta and a shrimp and crawfish fettuccine on offer, for instance. However, it’s the Duck St. Phillip dish – roasted and glazed with a pecan and raspberry sauce – that guests keep coming back for. The elegant dining room outfitted in warm wood paneling also features a piano bar.

Named “the best place for crawfish” by New Orleans magazine in 2014, Deanie’s legendary, and rightfully so. The restaurant’s signature Creole seasoning infuses Deanie’s seafood with a smokey heat. Start with the artichoke hearts, but save room for the giant seafood platter, which includes fried oysters, shrimp, catfish, soft-shell crabs, and crawfish balls. This tower of fried seafood arrives at the table looking like a personal challenge from Poseidon. The platter’s menagerie of sea creatures are fried in a flavorful combination of yellow flour, buttermilk and Deanie’s signature seasonings. 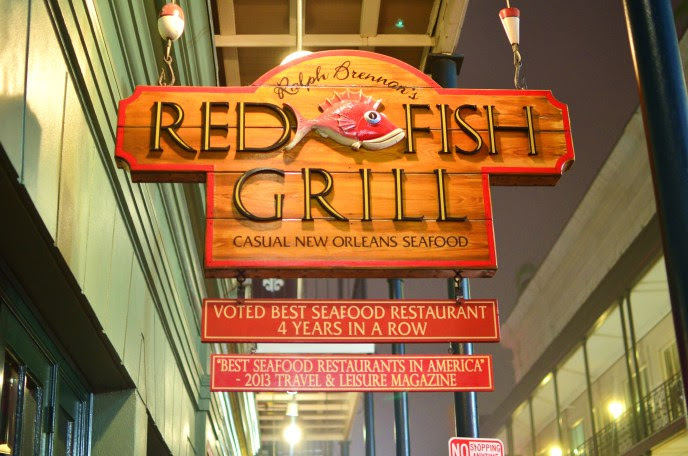 Photo by Just a Girl From LA

The mantra at the Red Fish Grill is, “Friends don’t let friends eat frozen fish.” Serving Gulf fish, oysters, shrimp, and crawfish in a casual environment, the restaurant also offers bottomless brunch cocktails on the weekends. Red Fish Grill specializes in Dungeness crab, so you might want to start your meal there.

Known for its courtyard decorated with lush green plants, Cafe Amelie has an undeniably romantic atmosphere. In fact, it was even named for a woman named who happened to live nearby – Amelie Miltenberger, the mother of Princess Alice, the first American Princess of Monaco.  The elegant cocktails, created in house, feature ingredients like vanilla liqueur, passionfruit, hibiscus, lavender essence, and sage. Meanwhile, the food menu features New Orlean classics like shrimp and grits and gumbo.

Brennan’s originally opened in 1946, and recently emerged from an extensive renovation that was spared no expense by new co-owners, Terry White and Ralph Brennan. The dishes are rooted in Creole cooking traditions but it’s must try dish might be the bananas foster dessert, which the restaurant claims it actually invented in 1950. Brennan’s is also known of it’s legendary breakfast, where diners can include in a leisurely meal of turtle soup and eggs hussarde.

Located in the French Quarter, there’s usually a line forming on the street to get into Acme Oyster House. True to its name, this restaurant is known for its fresh Louisiana oysters, as well as Cajun and Creole dishes. Prepare to wait for a table, but just know that it’s worth it. Once you’re settled at your table, order the chargrilled oysters and a pound or two of crawfish.

A trip to New Orleans isn’t complete without a delicious po’ boy, and Parkway has the best one in New Orleans. Open since 1911, Parkway is a classic New Orleans restaurant. The Parkway po’boys are an array with tempting ingredients, from fried gulf oysters, to Creole barbecue shrimp, and alligator smoked sausage. Our favorite is the French dip au jus po’boy.

This sandwich is serious business in New Orleans, not to be missed if you’re visiting for Mardi Gras. “It’s like going to church. It’s like walking your dog,” Parkway manager and chef Justin Kennedy says of the po’boy. “It’s the lifeblood in New Orleans.”

FestivalsEverything You Need To Know Before You Go To Mardi Gras This Year
Tagged
Travel New Orleans, LA, United States
What did you think of this story?
Meh
Good
Awesome