The livin’ is easy in summertime. At least so says George Gershwin/Bradley Nowell. And at no time does said livin’ feel easier than when you’re posted up on a big, inflatable piece of plastic, beer in hand, floating down one of our nation’s glorious recreational waterways. Tubing trips are as much a part of American summer as baseball and unsupervised children, a relaxing way to spend a sunny weekend afternoon enjoying a fine, light-bodied macro brew. While many rivers boast daylong float trips, some just excel. And here are our picks for the 11 best rivers for tubing and drinking in America. 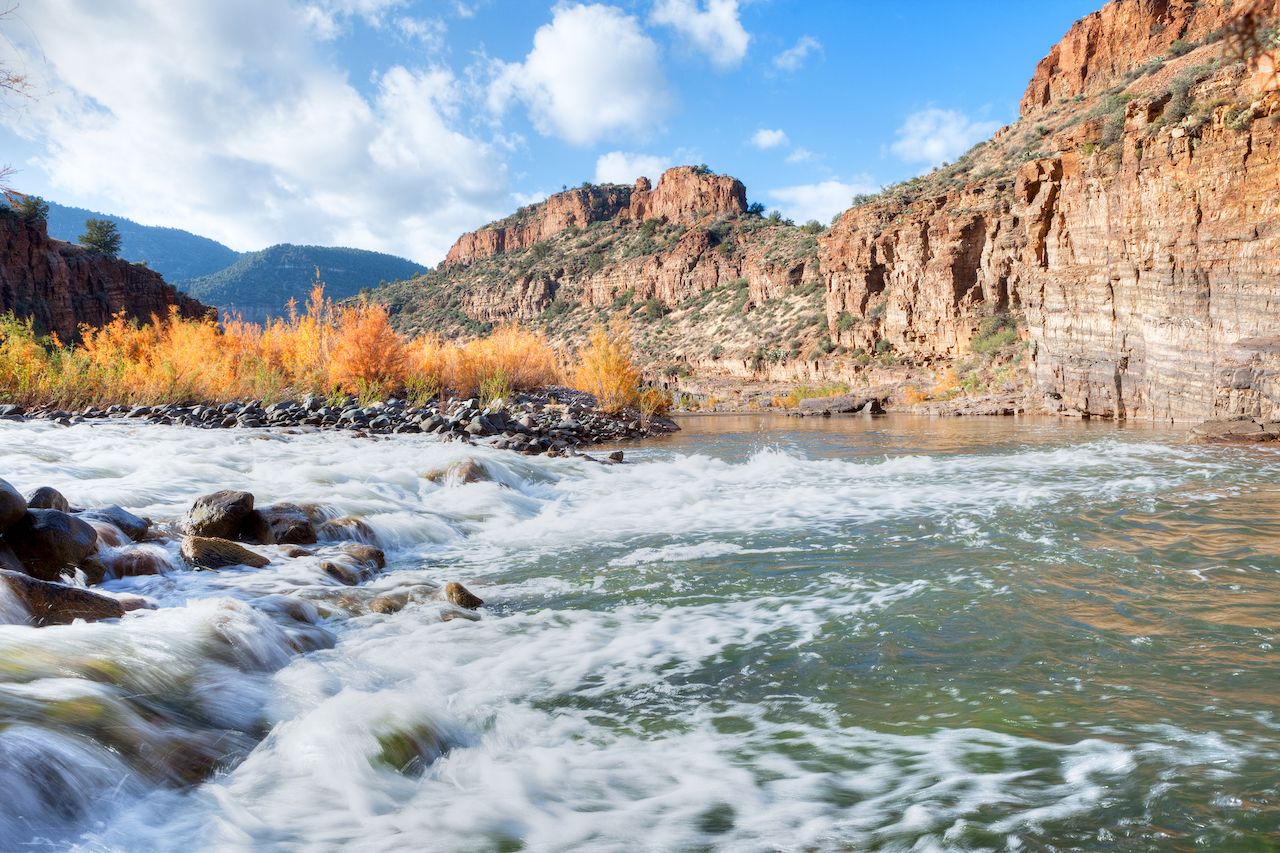 You can say “it’s a dry heat” all you want, but when it’s hot enough to shut down the friggin’ airport, only one thing is gonna cool you off: a prolonged float down Arizona’s Salt River. A surprise to those who didn’t know Phoenix had water, this river just outside Mesa meanders around Red Mountain at a leisurely pace, allowing students from ASU and others to spend the afternoon sipping beers in the sun. The scenery is a pure desert paradise, with plenty of boulders in the middle of the lake to dive off when you tie up for lunch. Wear enough sunscreen and remember to drink plenty of water, but definitely make sure you get a tube for your beer too. 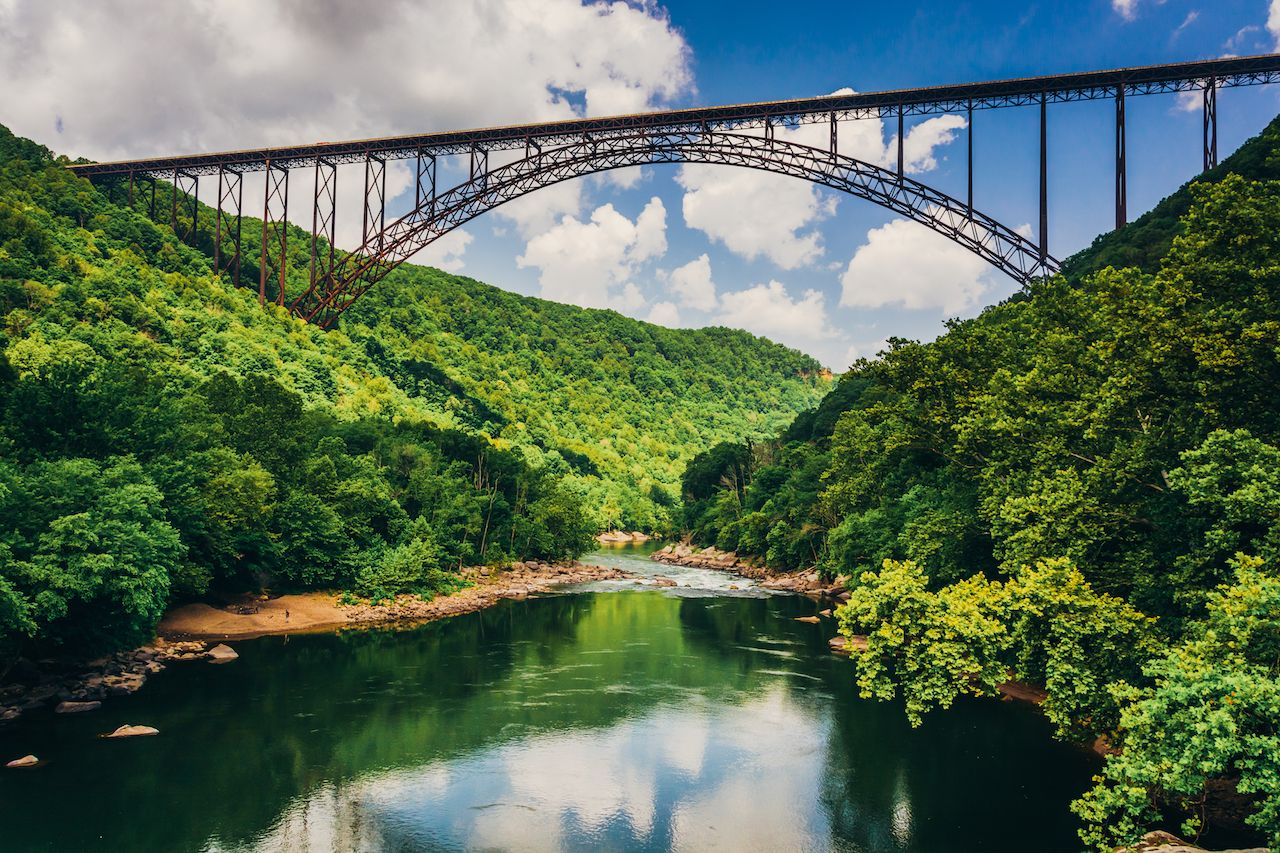 Though it’s best known for its ferocious whitewater, the section of the New River before the rapids is surprisingly calm. Load up outside Fayetteville and head an hour or so up the river from the bridge at New River Gorge. Here you’ll be joined by younger folks from all over the Mid-Atlantic, taking a slow float down the most beautiful mountain scenery east of the Rockies. And if you’re feeling like some whitewater after your float, Adventures on the Gorge offers full day trips that start off calm then move into nerve-bending excitement. 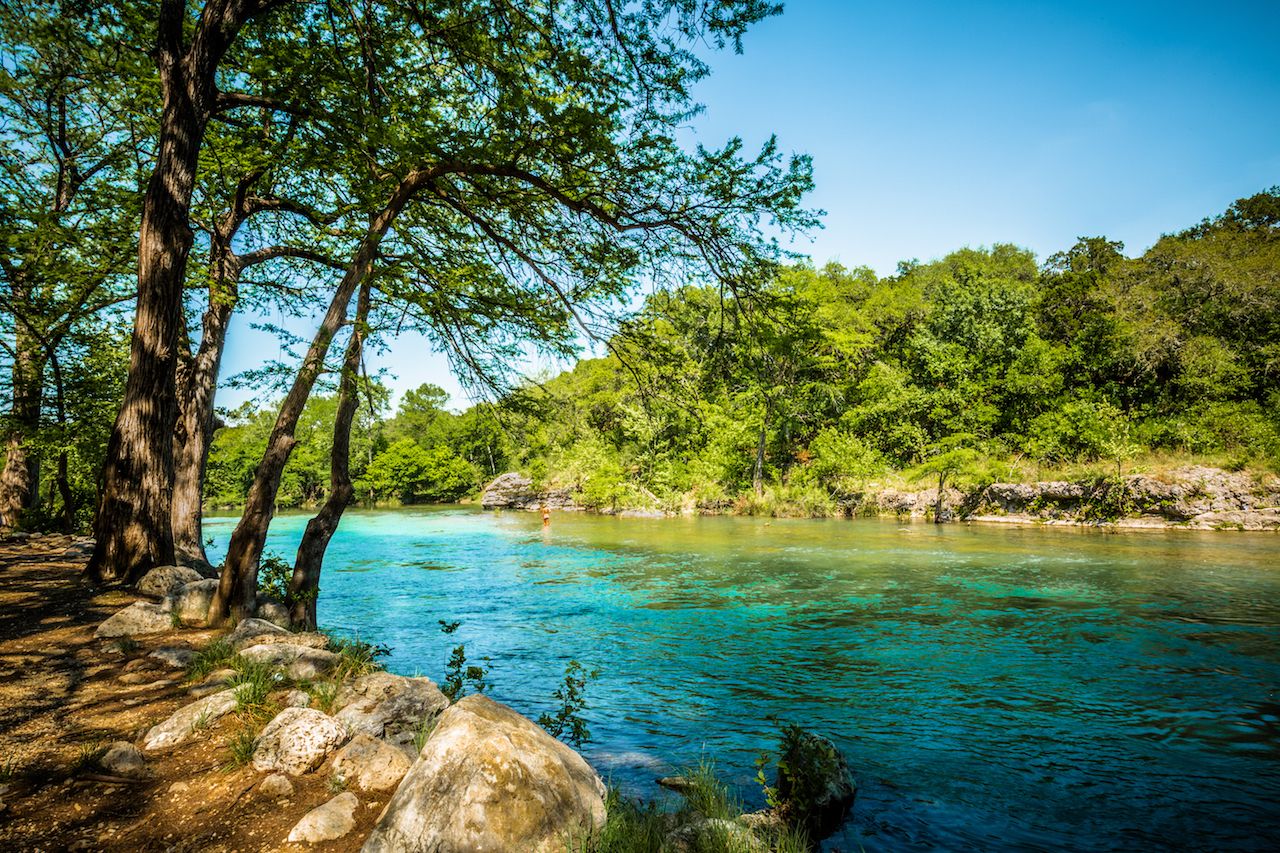 The Guadalupe River may well be the tubing capital of America, the quintessential Texas spot that’s become as much of an Austin attraction as the bars on Sixth Street. The crowds on weekends can be brutal, but with fully-legal drinking on the water and residents along the shoreline who’ll happily spray you with water cannons, it’s always a good time. Think of it like a big, floating festival — one of the best things you can do in Texas during hotter months. 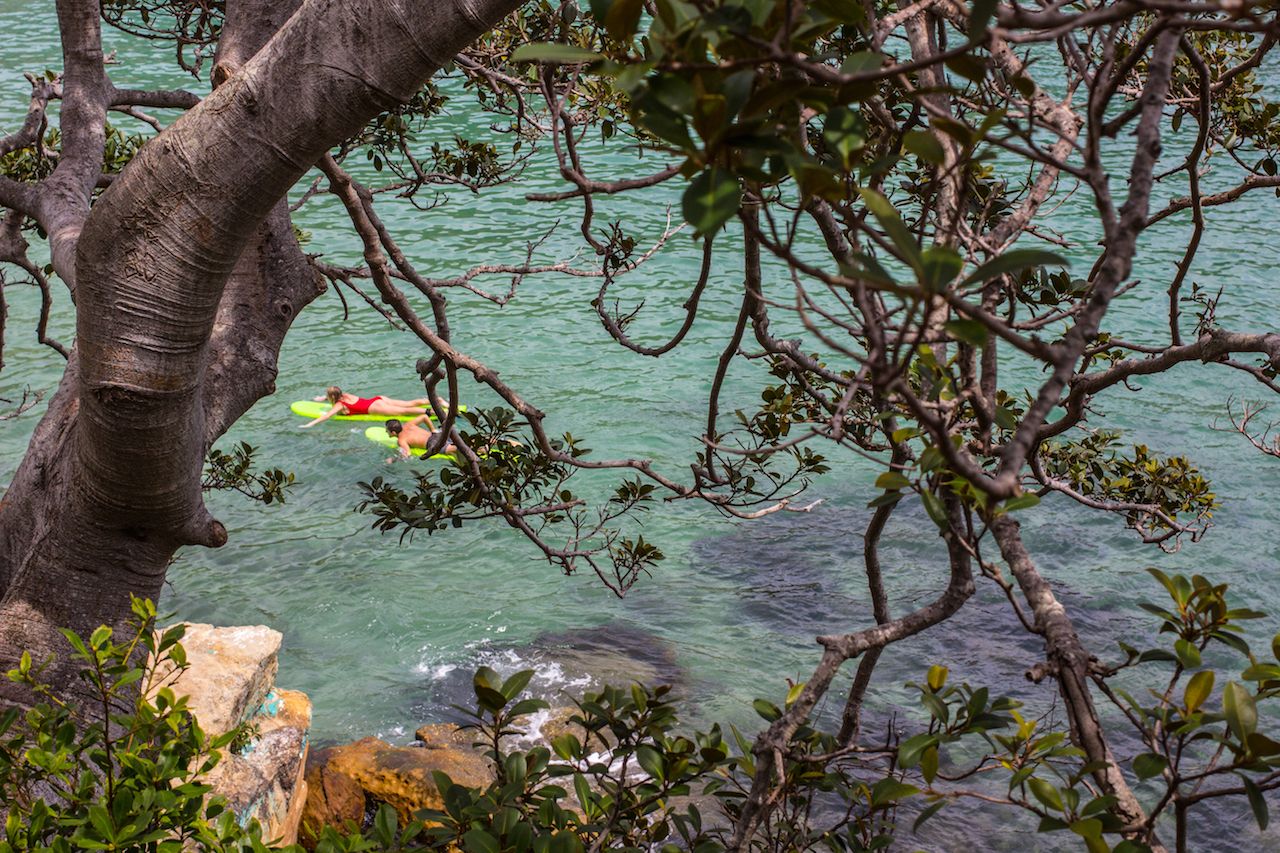 Just south of Austin you’ll find the little hippie college town of San Marcos, a place many say reminds them of Austin before it sold out. It’s home to the headwaters of the San Marcos River, a crystal-clear, pleasantly cold river that winds through pecans, oaks, and magnolias. Fleeing the Texas heat in the shade of the San Marcos is a South Texas tradition, where weekends find college kids from Texas State floating down with coolers, next to families, seniors, and pretty much everyone else looking to get out of the sun. The Lions Club near the headwaters at Texas State is the best place to get started, then run down a couple of hours to a set of rapids that are totally safe to tube down. Just hold onto your beer. 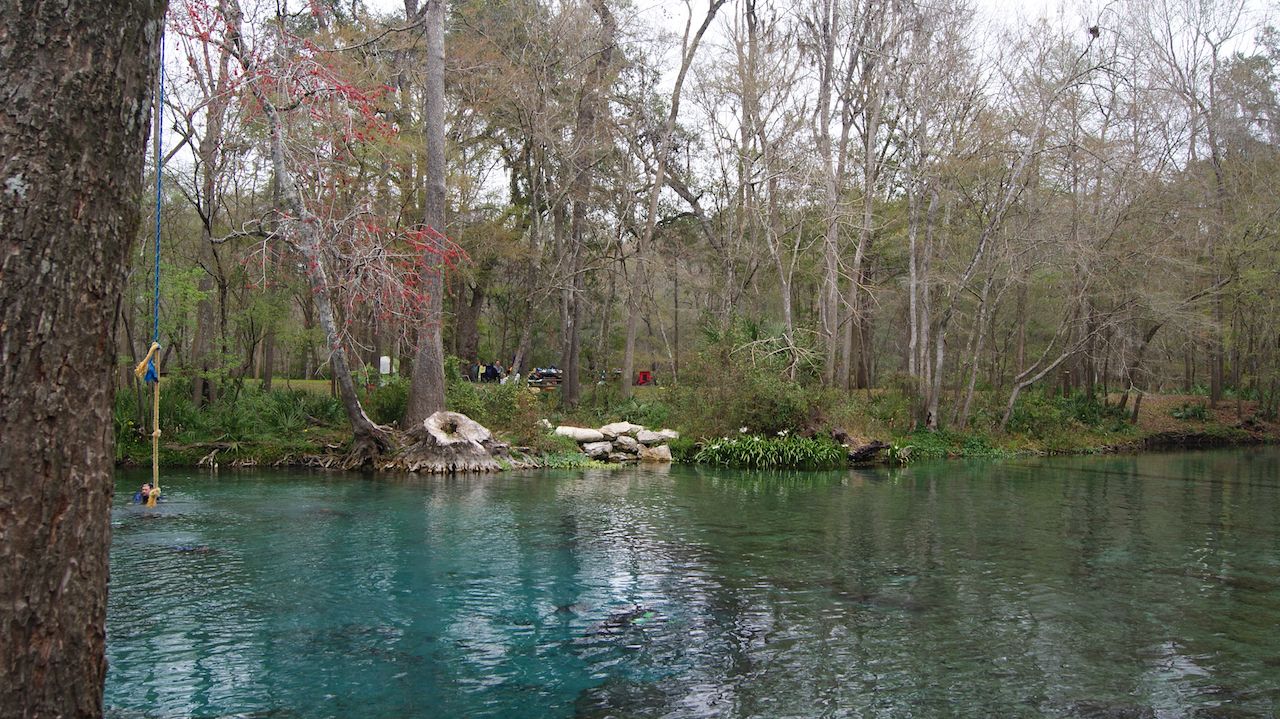 Fans of the University of Florida have been known to overstate a great many things about their school, but the wonder of Ginnie Springs is not one of them. This clear, cold natural spring less than an hour from Gainesville is the picture of Floridian nature, with Spanish oaks dripping with moss that forms a canopy over the river, flowing slowly past palmettos and the occasional sunning alligator. During the school year, the river is packed with a different kind of gator — students from the University of Florida who’ve made float trips here a tradition for decades. It’s the odd college party you can join in on after graduation and not look even remotely creepy. As long as you’ve got beer better than what you drank in school. 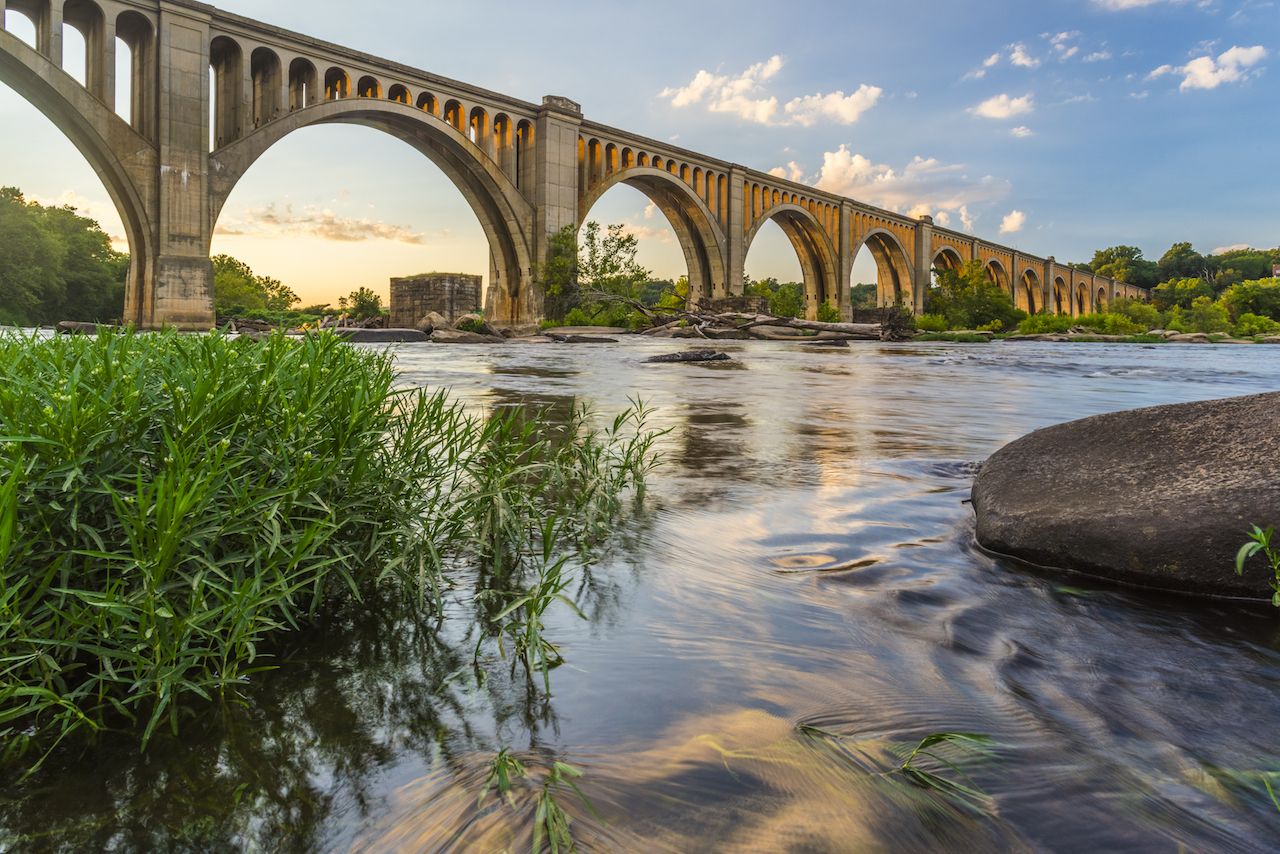 This river flowing through Central Virginia isn’t just a great place to drink on the water, the collection of beaches along its banks make it an equally phenomenal place to drink by the water as well. But while the beaches are inviting, the best way to experience the James is by renting a tube, grabbing a 12 pack, and spending the day floating through the green hills and under the blue sky of Virginia. The highlight of the float is the big rock in the middle, that your guide will tell you is private property, and should absolutely not be climbed-and-dove-off. But we all know how that ends, don’t we? 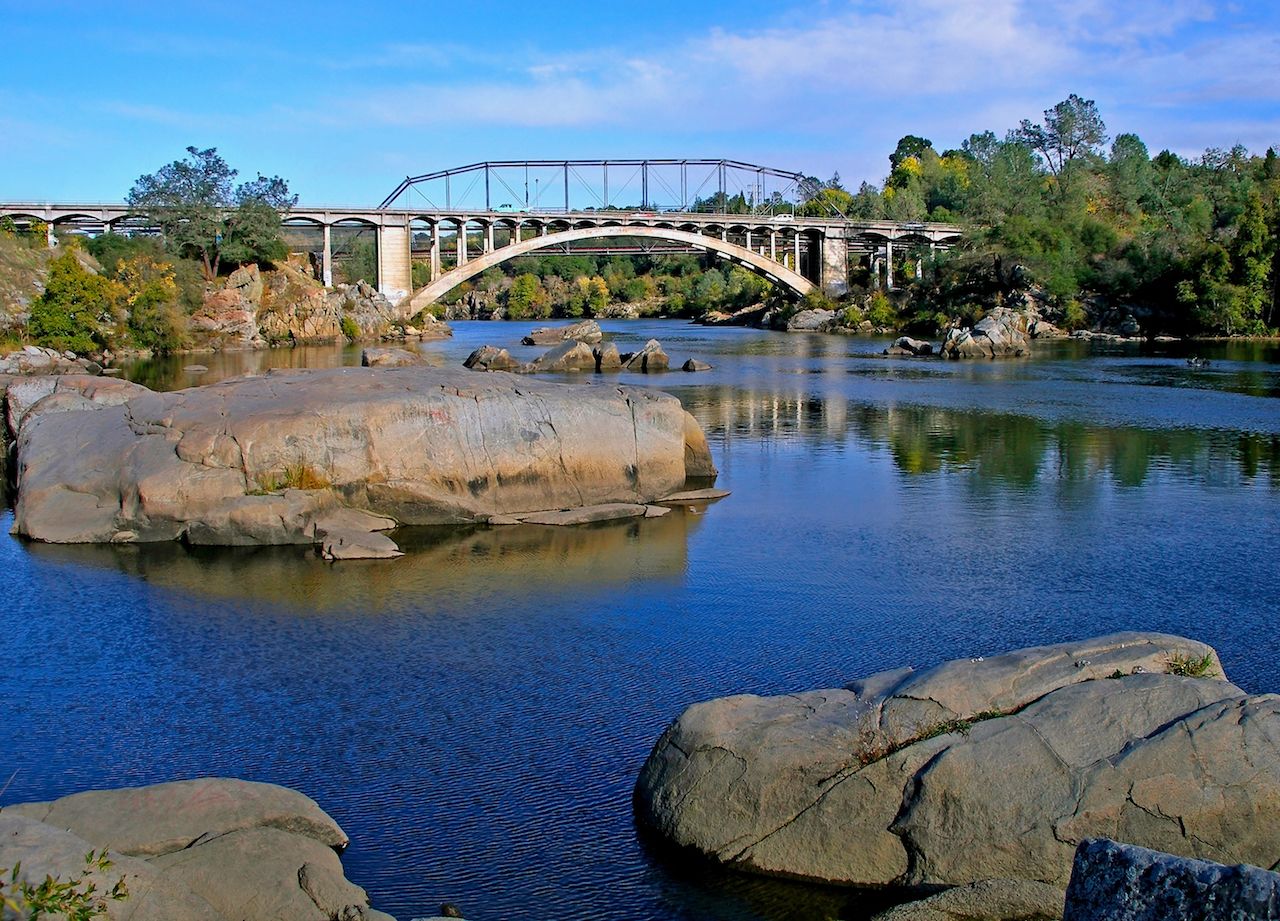 California’s capital is underrated in a lot of ways, but perhaps its most underrated attribute is outdoor recreation. The city on two rivers has one of the most scenic floats in the country along the American, where the waters are usually too shallow for big boats, leaving all the green trees and blue water for folks on tubes and kayaks. It rarely rains here, meaning this trip can be done all year round if you so desire. But it’ll be most refreshing on one of those triple-digit Sacramento summer days, where it seems all of the city is somewhere near the water. 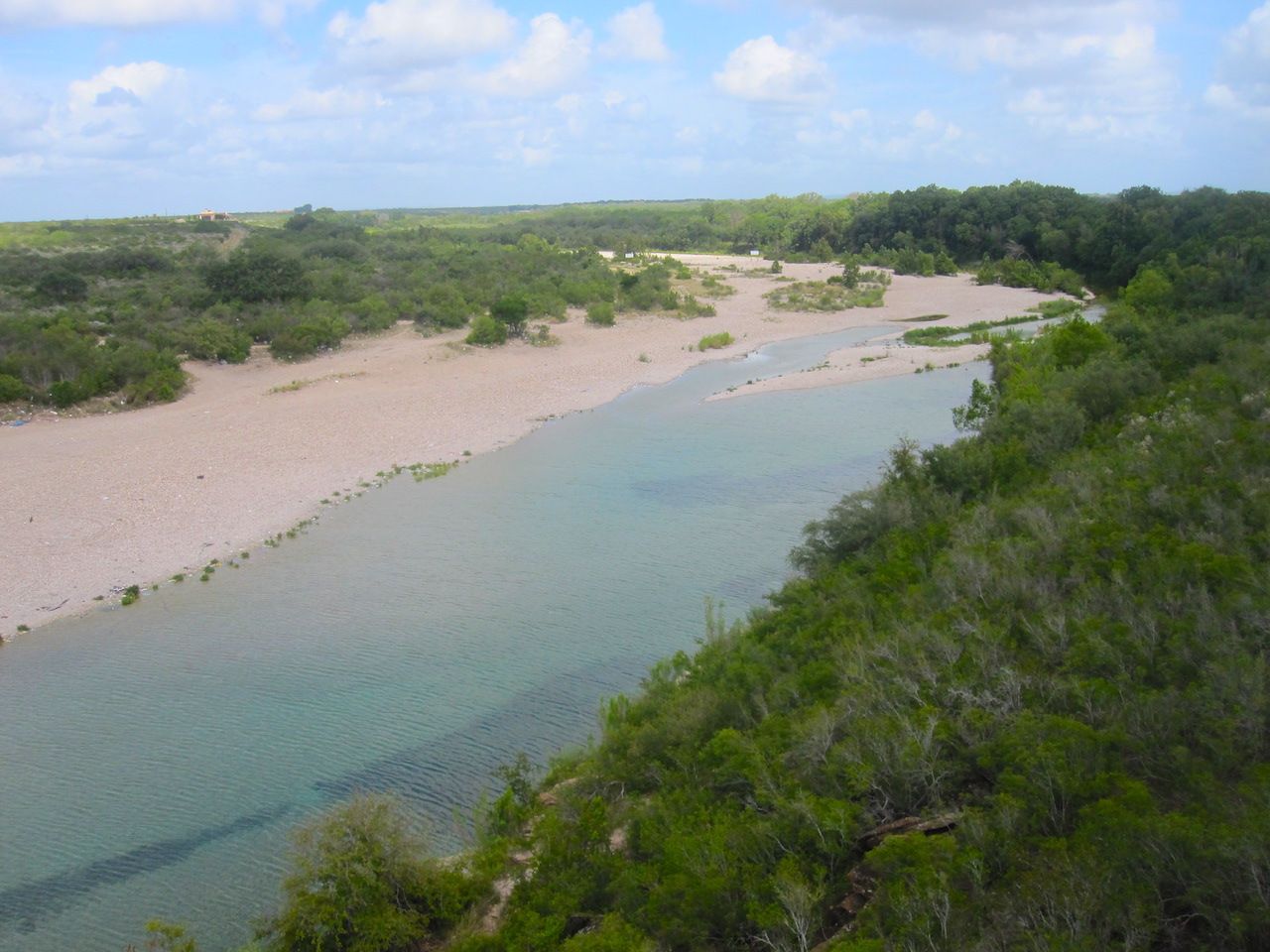 Though it doesn’t get the hype of rivers closer to Austin, the Nueces out west of San Antonio is every bit the big floating party you’ll get on the Guadalupe, with a much more local feel. Here you’ll find families and young people from Houston and San Antonio making weekend expeditions into hill country, where this river flows through scenic bluffs and under shady trees near the tiny town of Uvalde. The city itself is worth a visit, whether you’re hiking through Garner State Park or hitting a weekend country concert at Lone Star Saloon. It’s Texan nature without the throngs of tourists, one of the better-unknown gems to those outside the state. 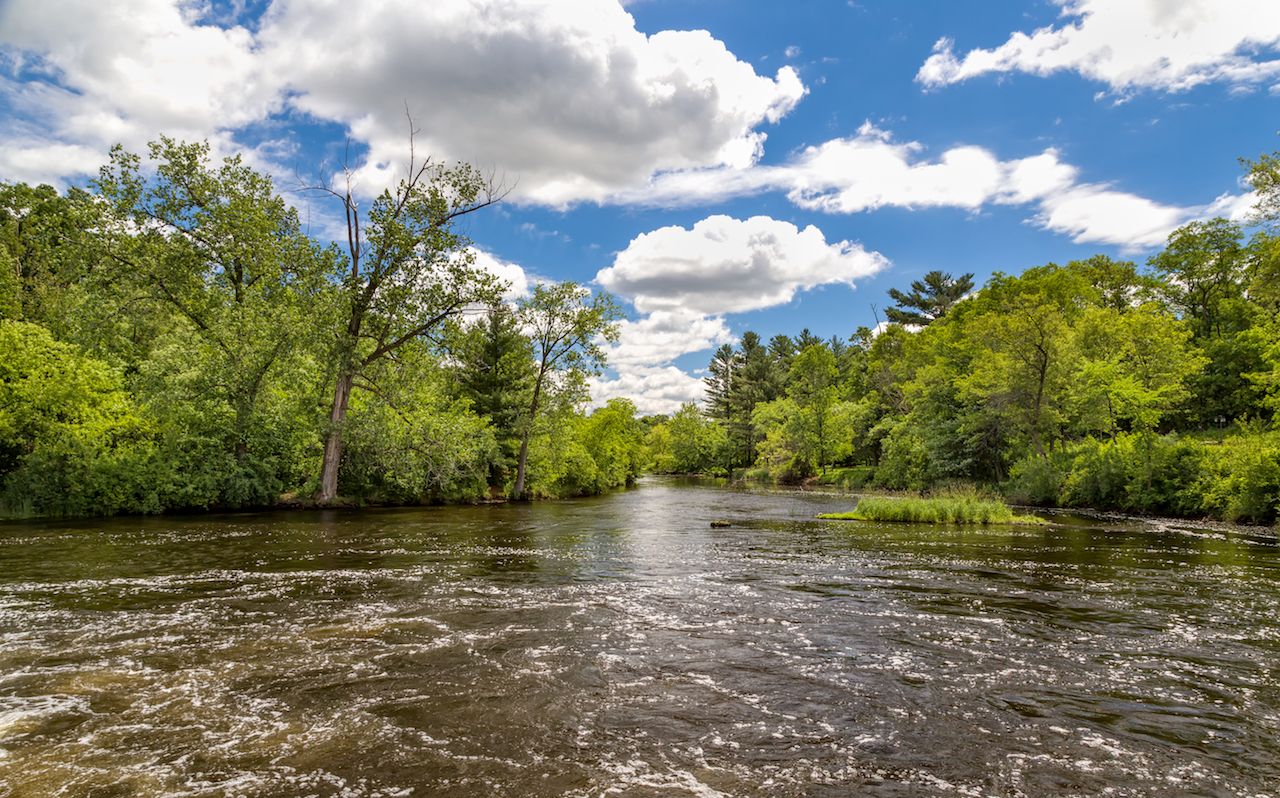 Leave it to Wisconsin to find a way to tailgate during a float trip. The bead-tossing excitement of a weekend float down the Apple River is one of the best summer parties in America. But what sets this place apart from others on this list is the sandbar halfway down the river, where revelers set up full-on parties with food, drinks, games, drinking games, and pretty much everything else you’d expect to find in the parking lot outside Lambeau. Feel free to stuff yourself here too; the river moves briskly so there’ll be no need to paddle yourself home. 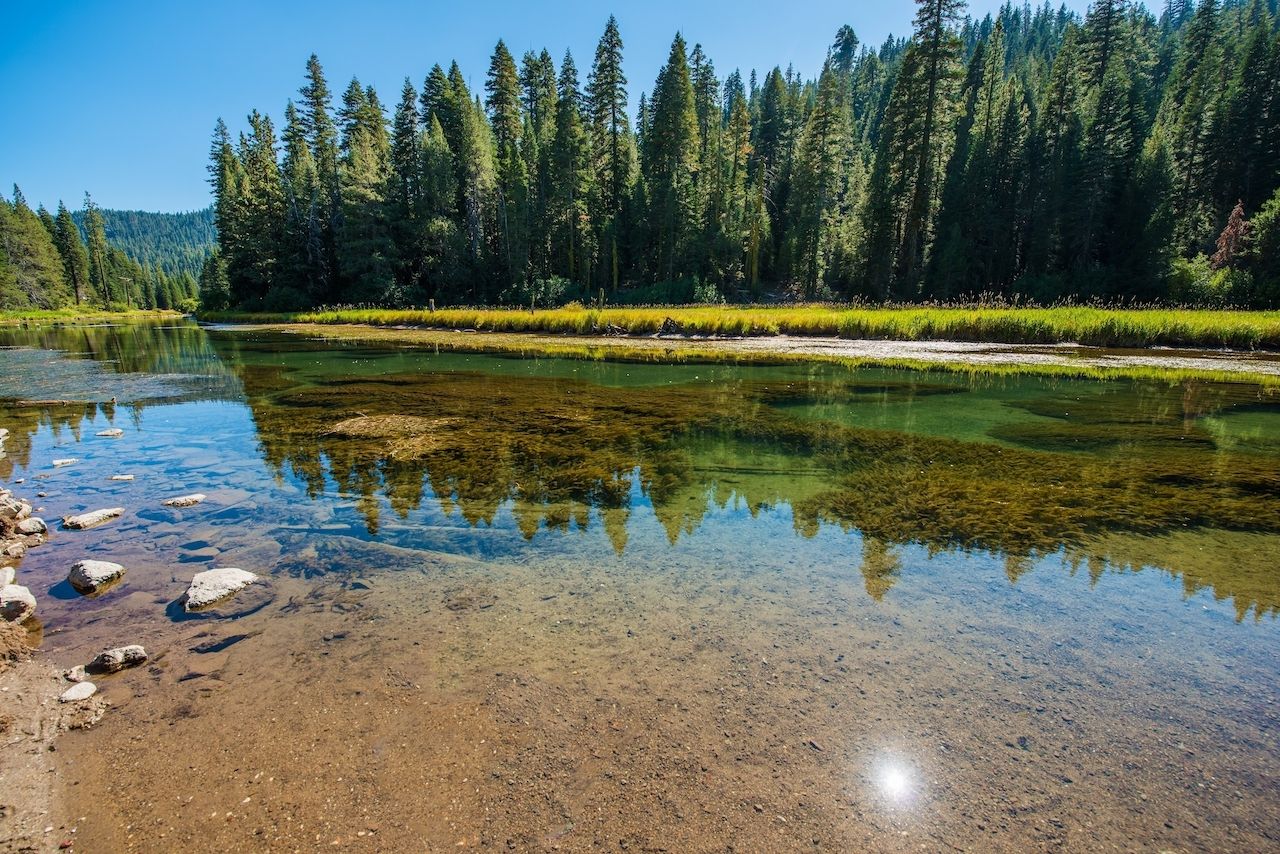 The Truckee is a natural paradise for Northern Californians looking to get out of San Francisco or Sacramento for the weekend, where summers boast some of the best whitewater in America. But this river has slower-moving sections too, where you can take tubes and float between pleasure boats who’ll do everything from toss you a drink to invite you onboard to join in the daylong party. The river’s not far from Lake Tahoe, and on summer afternoons when the beaches there get too crowded, this is always a less-congested getaway. And often a much better party. 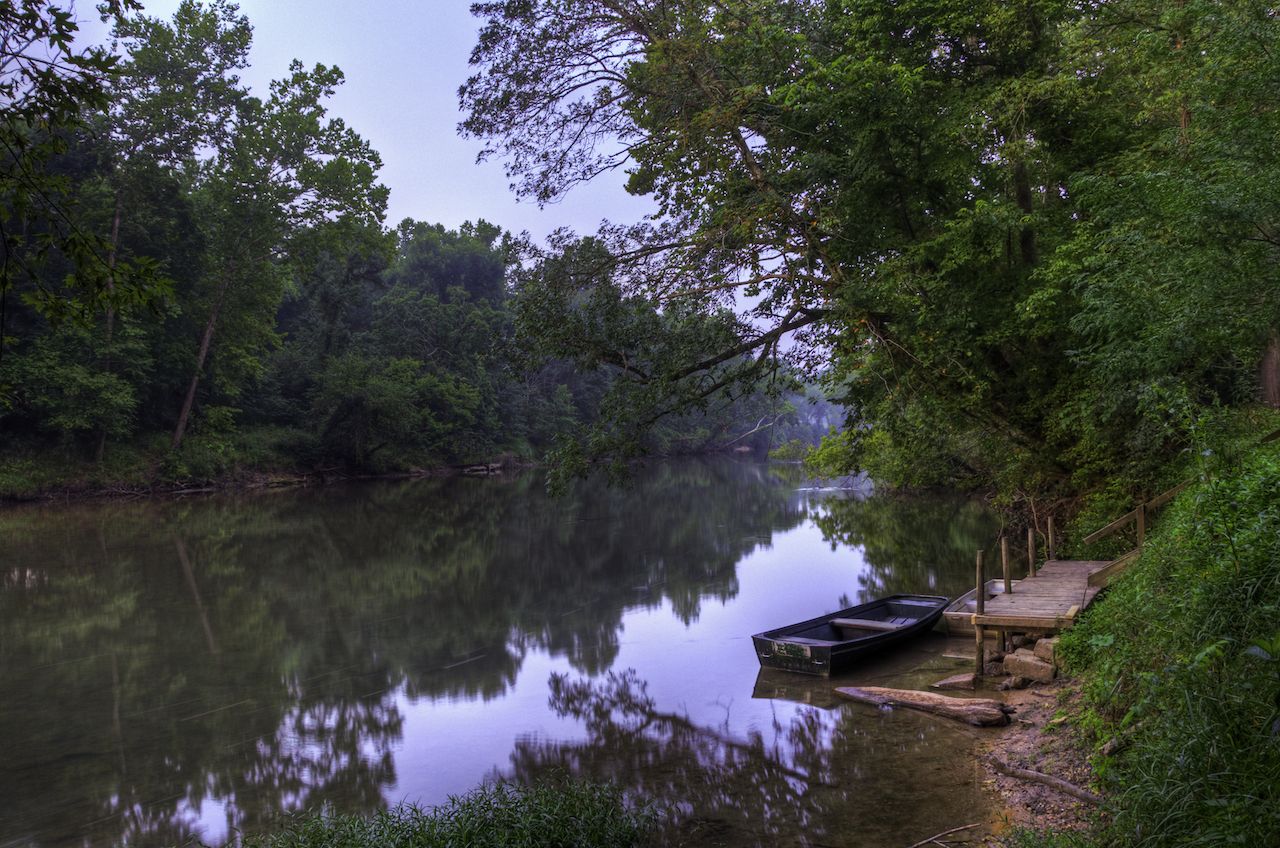 Nobody does summer water parties like Missouri. Anyone who’s spent ten minutes at Lake of the Ozarks knows that. So think of this river as a floating version of that bacchanal, where public nudity, loads of alcohol, and general bedlam are the norm for a summer Saturday. A law was actually passed to ban beer bongs on the river a few years ago, in an effort to keep the party at least a little bit under control. But in the Midwest where the summers are short and your other options are limited, it’s no wonder people are making the most of their precious sunny days.