Throughout history, dynasties, kings, and colonizers have staked their claim on Delhi, each leaving their mark. Unfortunately, most visitors to Delhi see just a very small slice of the many beautiful layers of the city’s heritage, ticking off the Red Fort, Jama Masjid, India Gate, and leaving dozens of other fascinating structures unexplored. From the grand tombs of Mughal rulers to the mosques and forts of New Delhi, here are eight spots travelers with an interest in history and architecture should check out for a well-rounded history lesson. 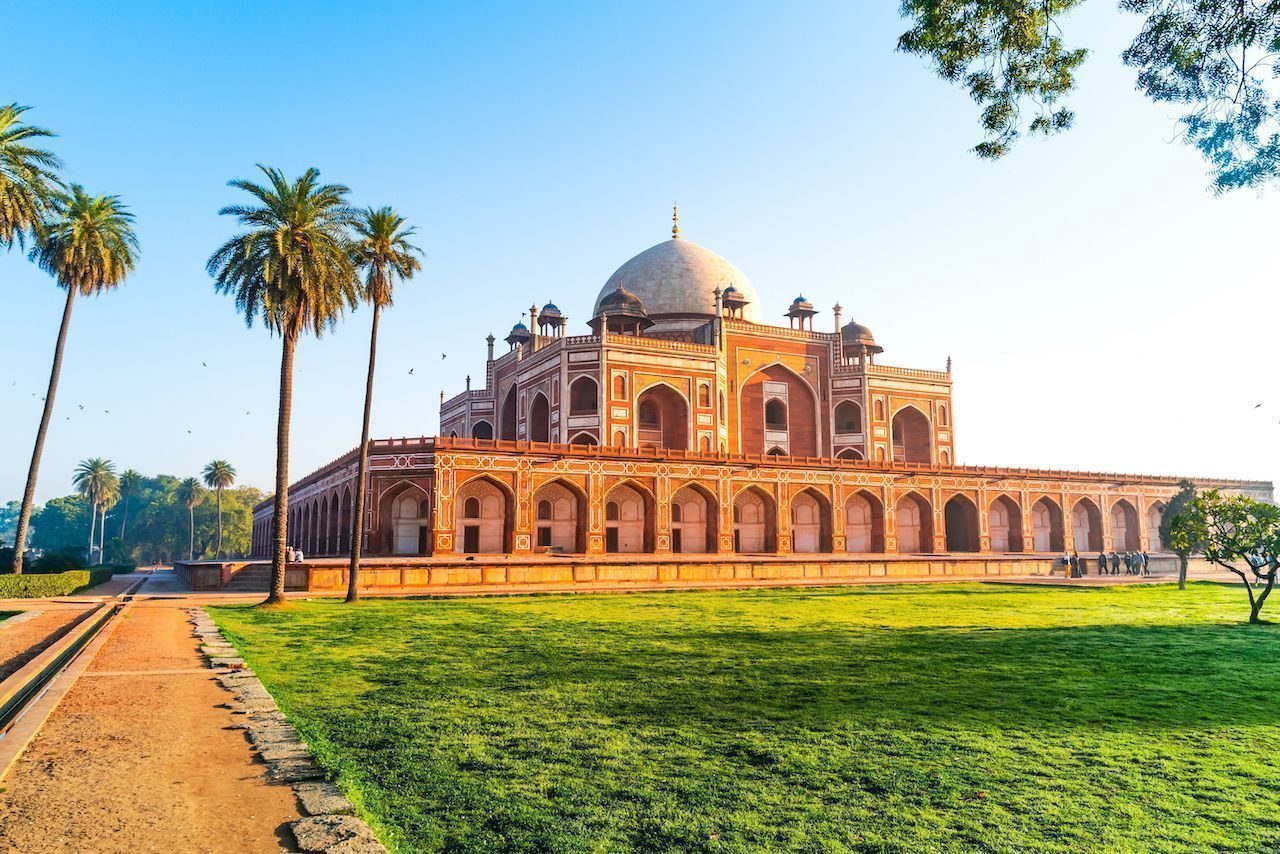 The 16th-century tomb of Mughal emperor Humayun is made of red sandstone, has a white dome, and is surrounded by well-tended formal Persian-style gardens. It’s an architectural precursor to the much more famous Taj Mahal in Agra, and the similarities are clear.

Humayun’s Tomb is a UNESCO World Heritage site and has undergone extensive restoration since the late 1990s, the progression of which you can learn about on information boards posted on site. There are also a number of other, smaller tombs in the same complex, so plan on spending at least an hour ambling through the gardens in order to not miss anything.

Getting there: Humayun’s Tomb is not very close to any metro stations, but the Hazrat Nizamuddin and Jawaharlal Nehru Stadium stations are closest. From there, you’ll need to hail an autorickshaw, generally called an auto, which shouldn’t cost more than 200 Indian rupees (under $3). Carry cash to pay. 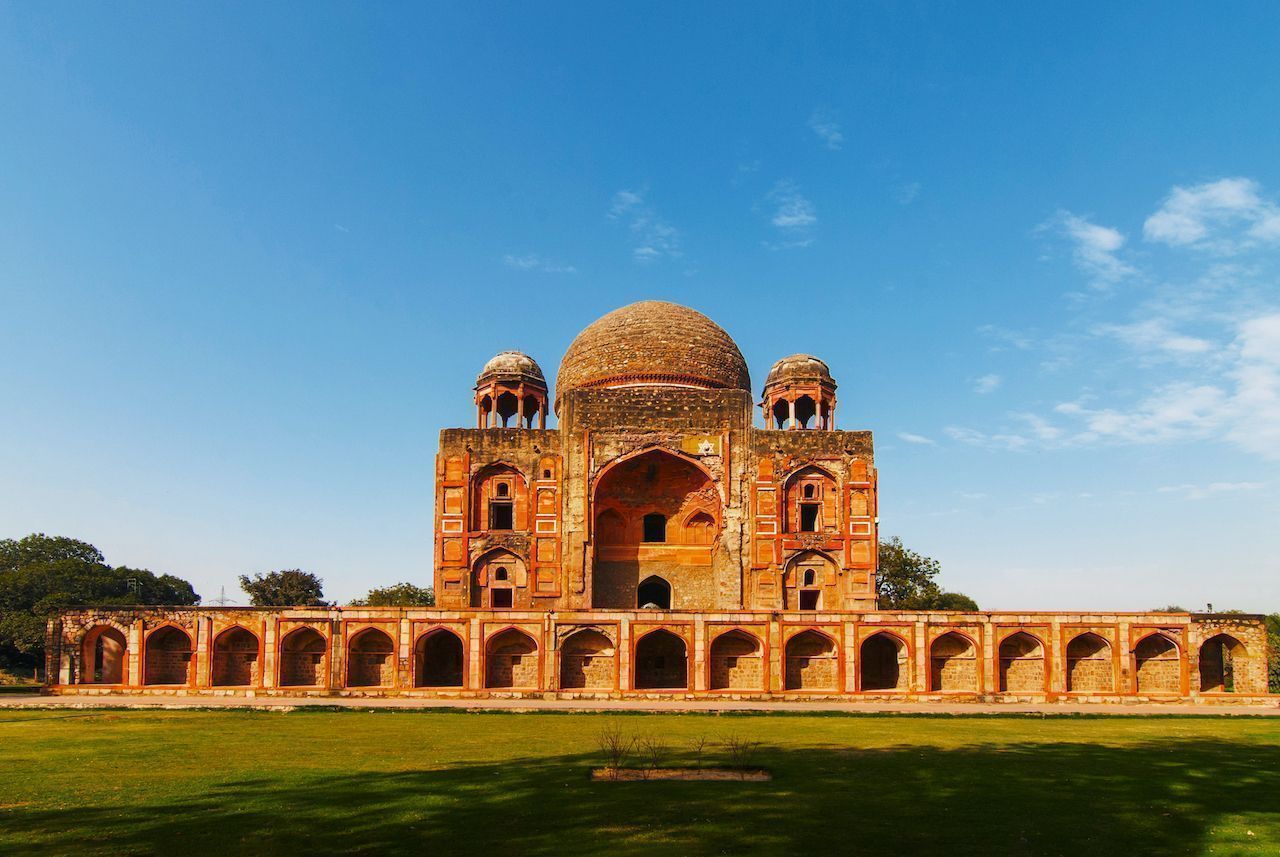 Khan-i-Khanan Tomb is not far from Humayun’s Tomb but has far fewer visitors. This tomb was built for the wife of Abdul Rahim Khan, a Mughal-era composer, in the 16th century and completed in the 17th century. His wife was buried there in 1598, and he himself was in 1627. It suffered partial destruction in the 18th and 19th centuries, and building materials and ornamentation were stripped for use on Safdarjung’s Tomb. In the last few years, however, this site has undergone a facelift, part of the Nizamuddin Urban Renewal Initiative that has pioneered a craft-based approach to restoration in India and has provided jobs for thousands of traditionally skilled artisans.

Getting there: Either take the metro to JLN Stadium and then take an auto (50 rupees, or less than $1) to Nizamuddin East, or tack a visit onto a trip to Humayun’s Tomb. It’s less than a mile from the main entrance of Humayun’s Tomb. 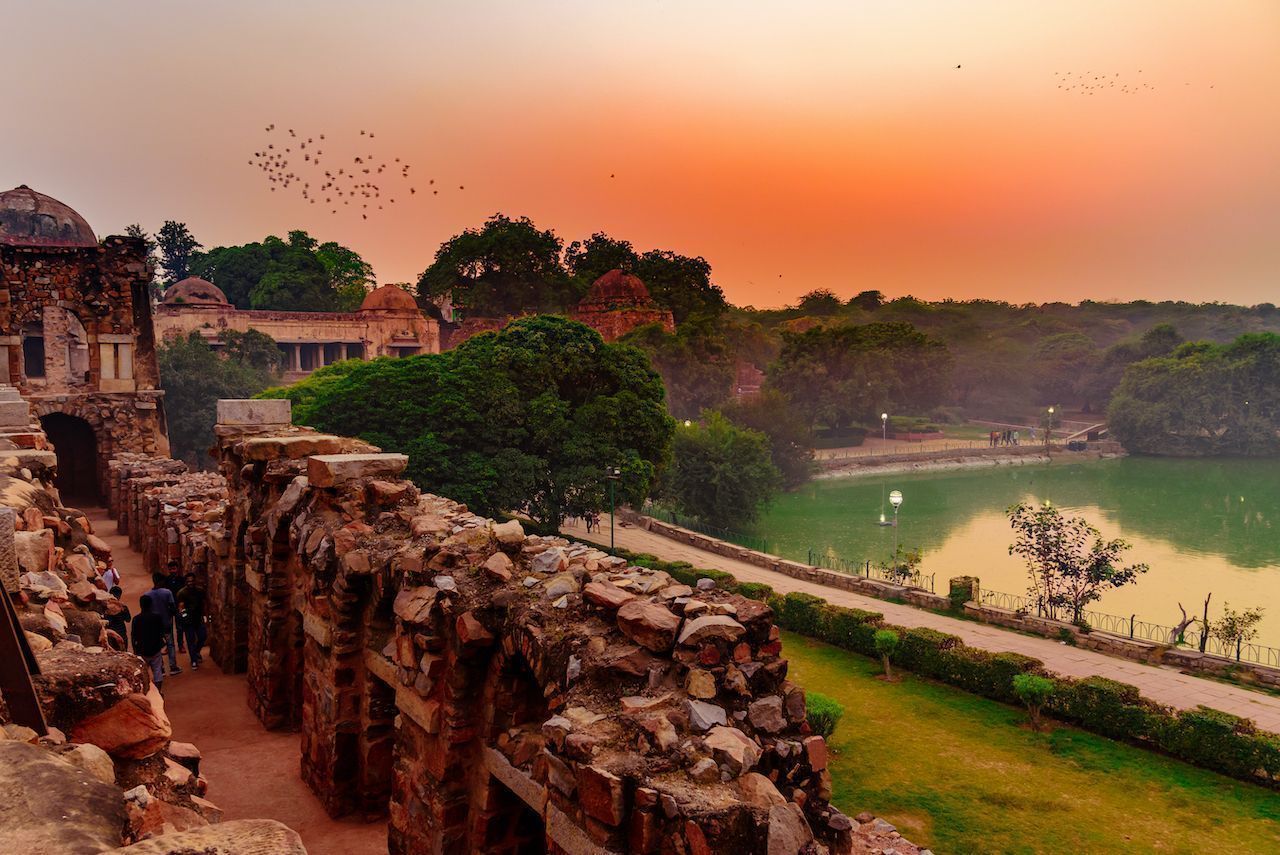 Hauz Khas Village is a trendy shopping and dining area in southern Delhi, but besides the glitzy boutiques and fancy restaurants, which are worth a visit in themselves, are the Hauz Khas (royal water tank) and ruins of a mosque, Islamic seminary, and tombs. The lake was built in the 13th century as a water supply for nearby Siri Fort. The park and ruins are often full of smooching students hiding behind pillars and in the shade of archways. The ruins are quite extensive and offer good views across the lake.

Getting there: Hauz Khas Village is closest to the Green Park metro station, not the Hauz Khas metro station. From there you’ll need to take an auto, which shouldn’t cost more than 40 rupees (about $1.40). 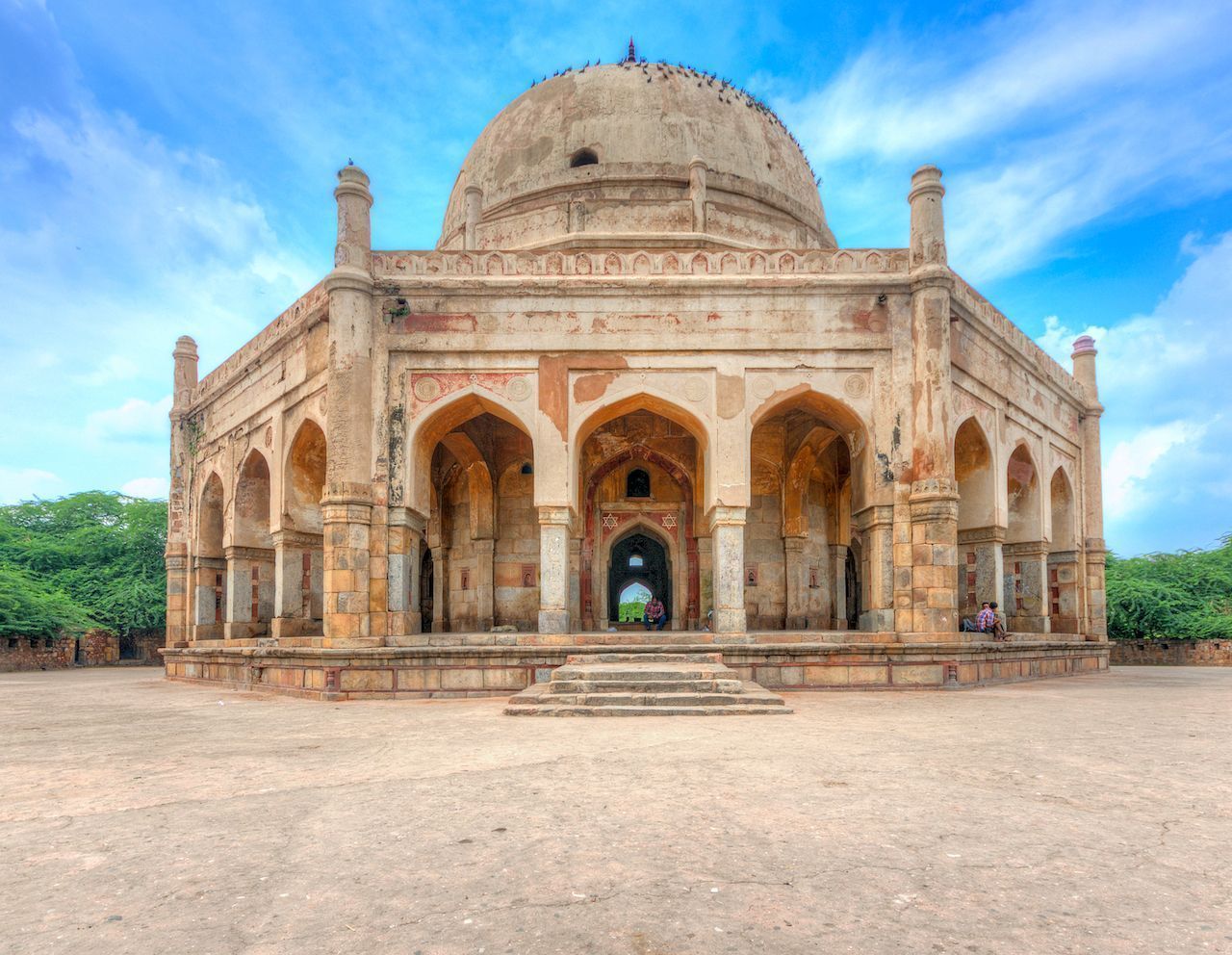 The famous 13th-century Qutab Minar pillar is located within the greater Mehrauli Archaeological Park area, but the park itself gets few tourists. It’s a sprawling area with a variety of ruins, as well as functioning mosques, both of which are worth checking out. Because of the large size of the area, it’s best to come here with a tour guide; otherwise, you risk missing the best bits or not really understanding what you’re seeing. Or just getting lost.

A highlight of the Mehrauli Archaeological Park is the Jamali Kamali Mosque and Tomb. It has colorful, detailed geometric star and flower patterns and tiles on the walls and ceilings. “Jamali” was the alias of 16th-century Sufi poet Shaikh Fazlu’llah. It’s not entirely clear who Kamali was, but it’s been suggested that the two men were lovers.

Getting there: Mehrauli is in the southwest of the city, about 11 miles from the city center. The metro stops Chhatarpur and Qutab Minar are the best for reaching Mehrauli. 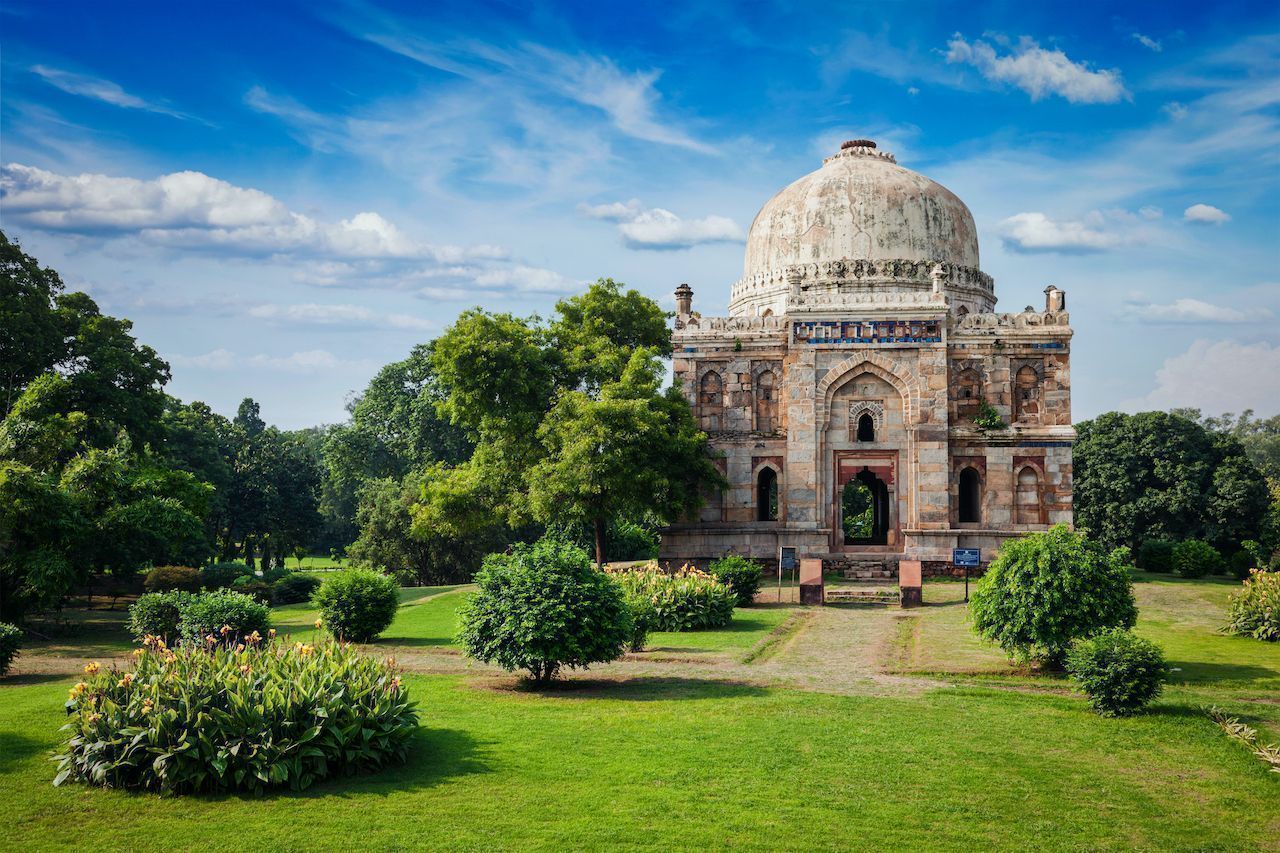 The Lodhi Gardens are very popular with picnicking Indian families on the weekend, but surprisingly few tourists come here. The beautiful gardens are free to enter and contain some of the best-preserved and restored tombs in the city, being built for members of the Lodi dynasty that ruled parts of north India in the 15th and 16th centuries. There’s also an impressive three-domed mosque, and the large Bara Gumbad, believed to be a gateway to the mosque.

Getting there: The Lodhi Gardens are on Lodhi Road. The nearest metro is Khan Market or Jor Bagh, from either of which the gardens are a short walk or auto ride through the leafy avenues of New Delhi. 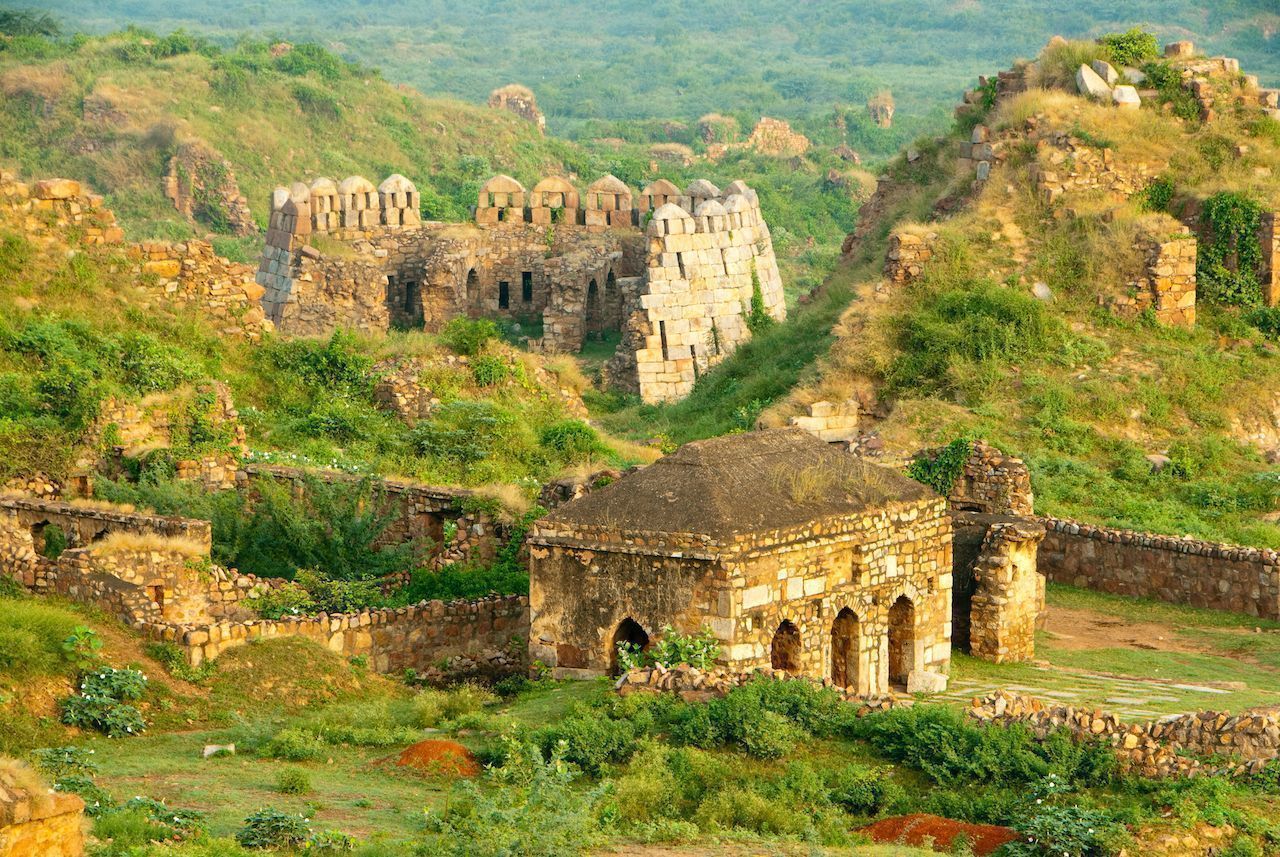 It’ll likely just be you and some stray goats and dogs at Tughlaqabad Fort, as this isn’t somewhere that most female travelers will feel comfortable going alone. The ruined 14th-century Tughlaqabad Fort is massive, stretching for nearly four miles, and lies on Delhi’s southern outskirts. The whole city of Delhi once lived inside it. There are good views north towards today’s Delhi from the fort. There aren’t any of the same beautiful details at Tughlaqabad as there are elsewhere, as this is the least well-preserved of the ruins listed here, but the grandeur and scale are very impressive.

Getting there: Tughlaqabad Fort is south of the city and best reached by car or taxi. Arrange for the driver to wait for you, as it could be tricky hailing a taxi for the return journey. 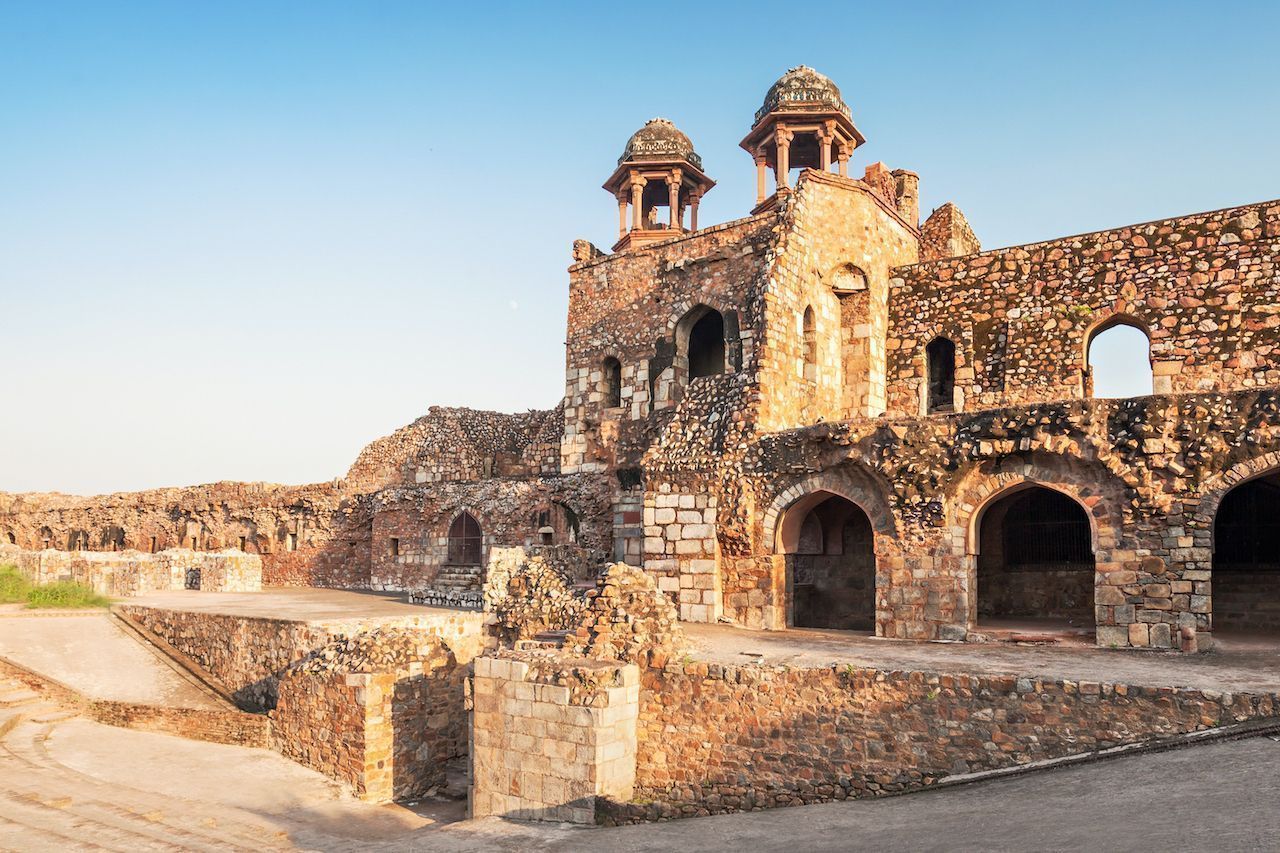 Purana Qila means “old fort,” but despite its name, it isn’t the oldest of Delhi’s forts. It was constructed by Afghan ruler Sher Shah in the mid-16th century. It has a very impressive entrance gate. The large and peaceful grounds house several ancient monuments, including the beautifully detailed Qila-i-Kuhran Mosque. This is a great place to walk or relax with a book in the shade and watch the squirrels.

Getting there: Although centrally located within Delhi (to the east of India Gate) it’s quite far from any metro stations. It’s best to take an auto here. 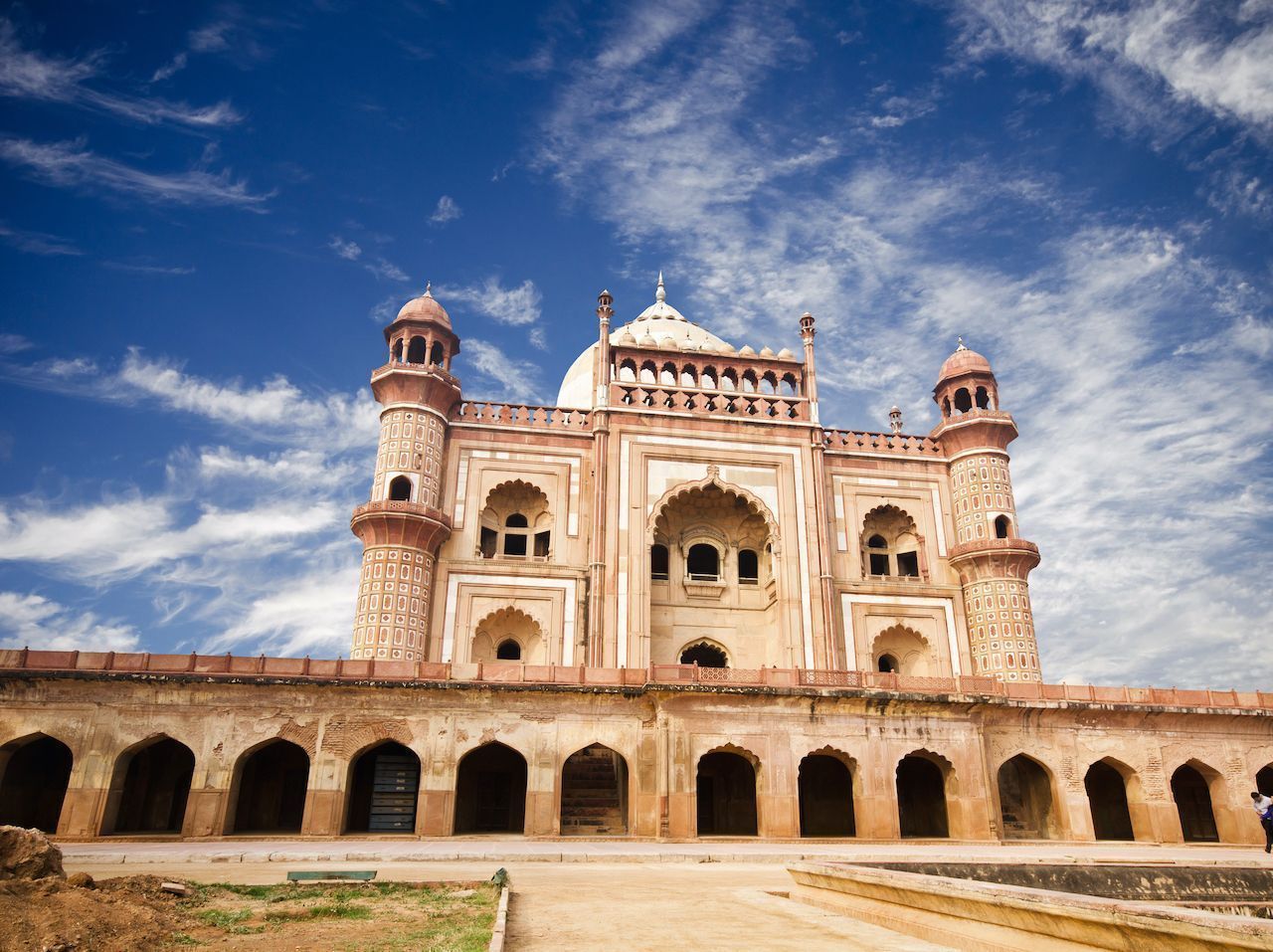 Getting there: The nearest metro station is Jor Bagh. Safdarjung’s Tomb is quite close to the Lodhi Gardens, so trips to both could be combined.

No More Plastic in Delhi

How To Stuff Your Face in Delhi, India

25 Signs You Were Born and Raised in India

10 Signs You Were Born and Raised in Delhi

Notes on Re-Living the Past in Delhi