Chocolate has long been central to the diet and culture of people in Central and South America. It comes from the fruit of the cacao tree, which grows pods that hold around 40 cacao beans inside of them. These beans, through various forms of processing, are turned into the treat we know and love. But before there were bars of chocolate, there were traditional cacao drinks.

The Olmecs, who lived in what is modern day southern Mexico, consumed cacao as early as 1500 BCE. It wasn’t eaten in bars and wasn’t sweet, but was rather made into a bitter drink. The Mayans, too, drank cacao. They turned the beans into a thick hot chocolate and often added chili peppers for flavor. The drink was consumed daily in many households, and was also an important part of celebrations.

Hot chocolate beverages are still incredibly popular in Mexico, and they are consumed at all times of the day and year. The drinks are sometimes made with milk, but are also often made with a water base. Among the many ways to enjoy hot chocolate in the country, one of the most beloved is as a chocolate dip for churros.

Churros, which were brought to Mexico by the Spanish, have found a second home in Mexico. The snack is simple: a fried dough made of flour, water, and salt. It’s served plain, with a coating of sugar, or with a sugar and cinnamon mixture. The best way to eat churros in Mexico, however, is with a side of chocolate.

In Mexico City, you’ll find a number of places to eat churros and hot chocolate. Some are famous, some are historic, and a few are both. These are the ones you don’t want to miss. 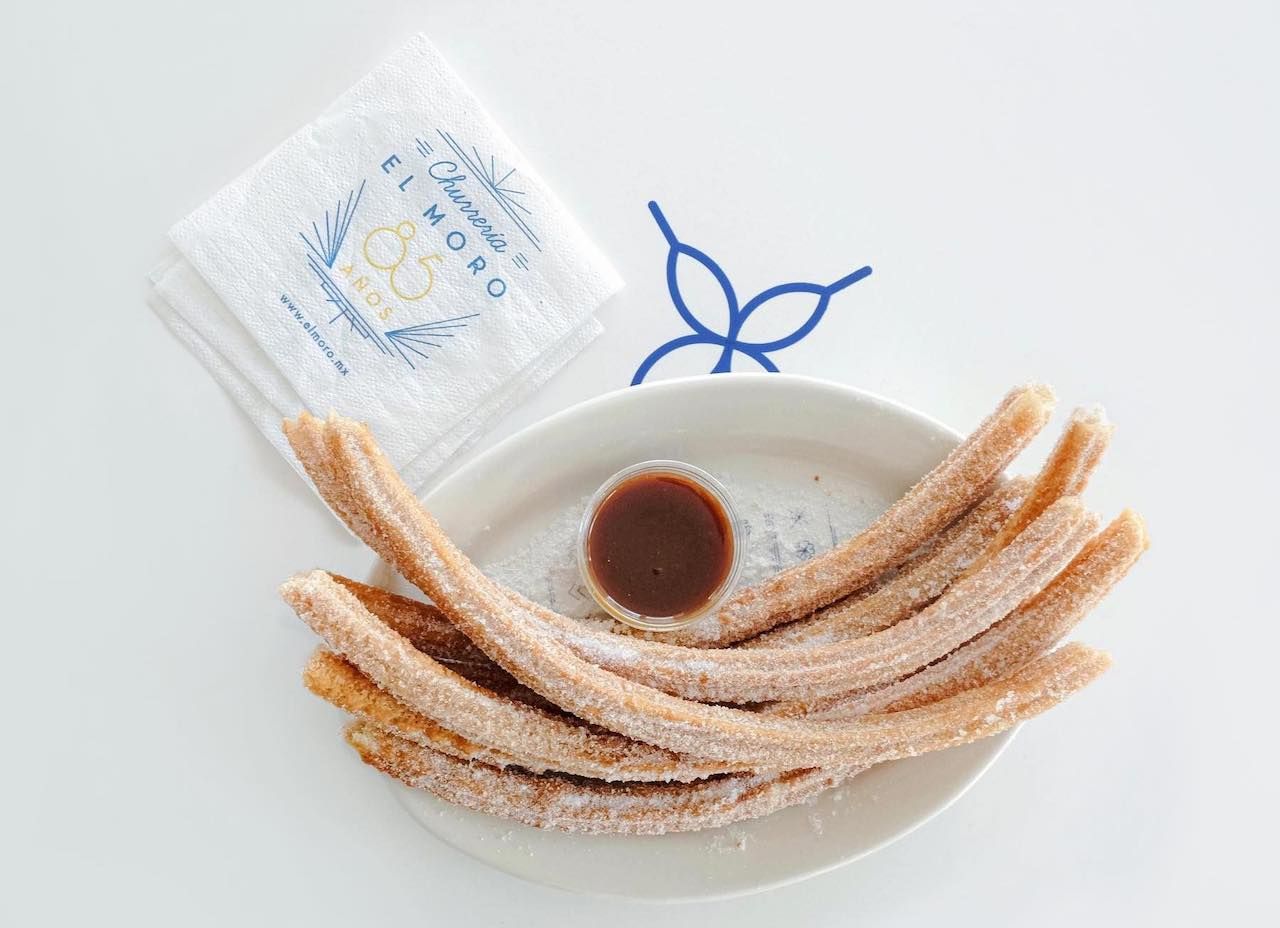 Churrería El Moro is by far the most popular churrería in Mexico’s capital. Established in 1935, it’s also the oldest one in the city. The founder, Francisco Irarte, came to Mexico from Spain and started a small churro cart in the Zócalo, or city center, of Mexico City before growing his business and opening his own proper churrería in a building in the city center. You can still eat at the original location today, along with new El Moro locations that are just as dedicated to the traditional way of making and serving churros and hot chocolate. The original is open 24/7 so you can stop by whenever your craving hits. Start with one order for two people, but don’t stop there, as El Moro also makes a wide variety of dipping sauces and hot chocolates. 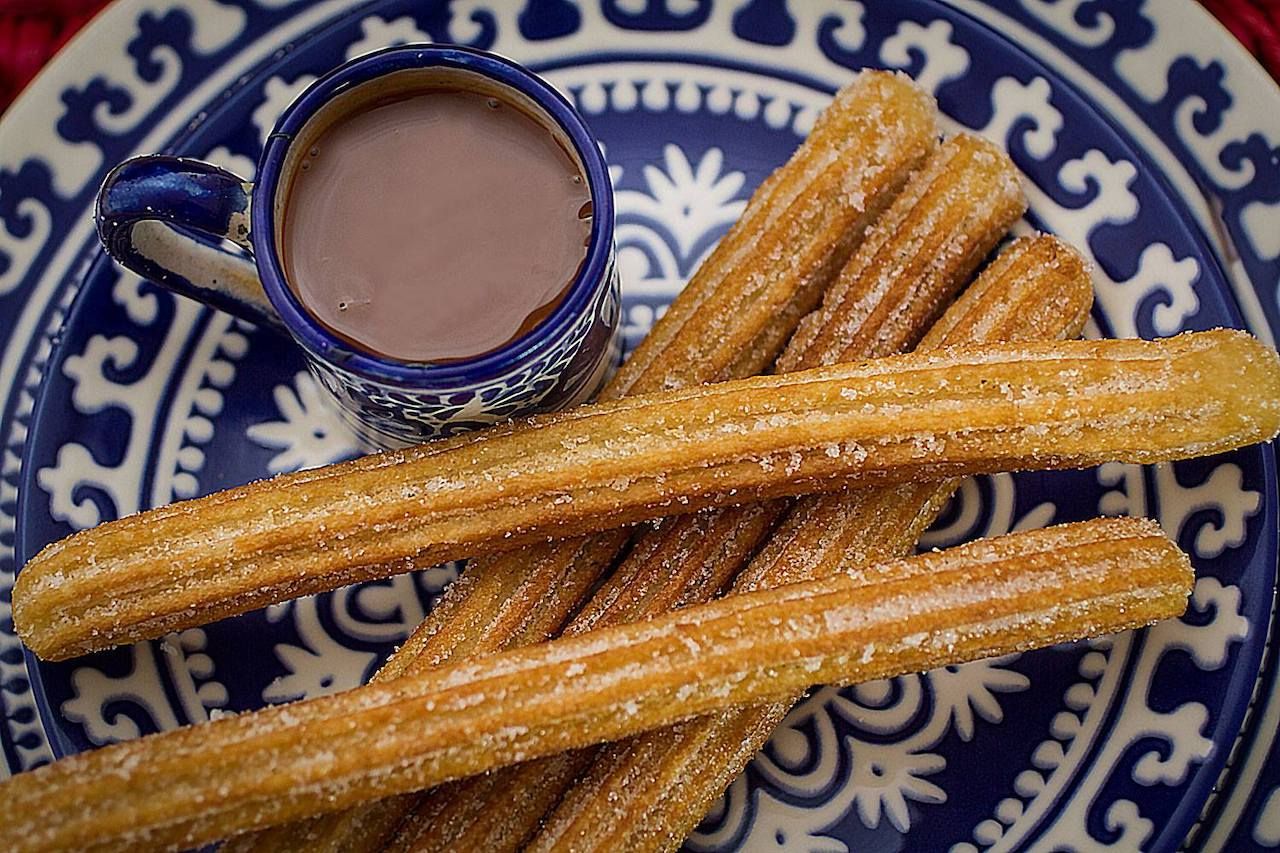 Located in Coyoacán (the neighborhood where Frida Kahlo once lived), Churrería General de la República is an easy stop after visiting Casa Azul. The churros here are crispier than many that you’ll find elsewhere. There’s also the option to try churros rellenos (stuffed churros) filled with your choice of fruit, chocolate, Nutella, or other fillings. 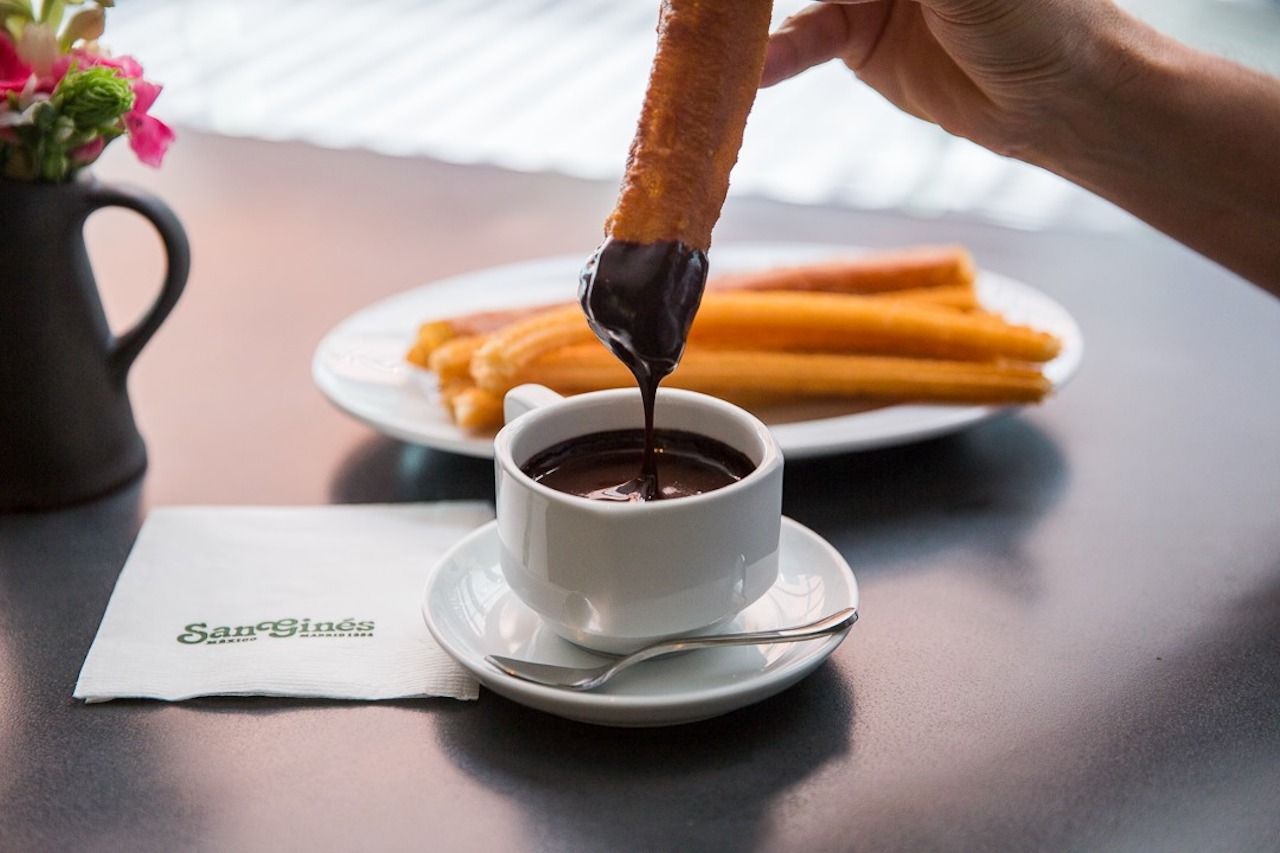 This chocolatería and churrería first opened in Madrid in 1894 and it’s one of the most popular in Spain. Chocolatería San Ginés also has a location in Mexico City in the Chapultepec area, and it’s definitely worth a visit. The hot chocolates are deliciously thick and creamy, and the churros are the perfect combination of crispy on the outside and soft on the inside. 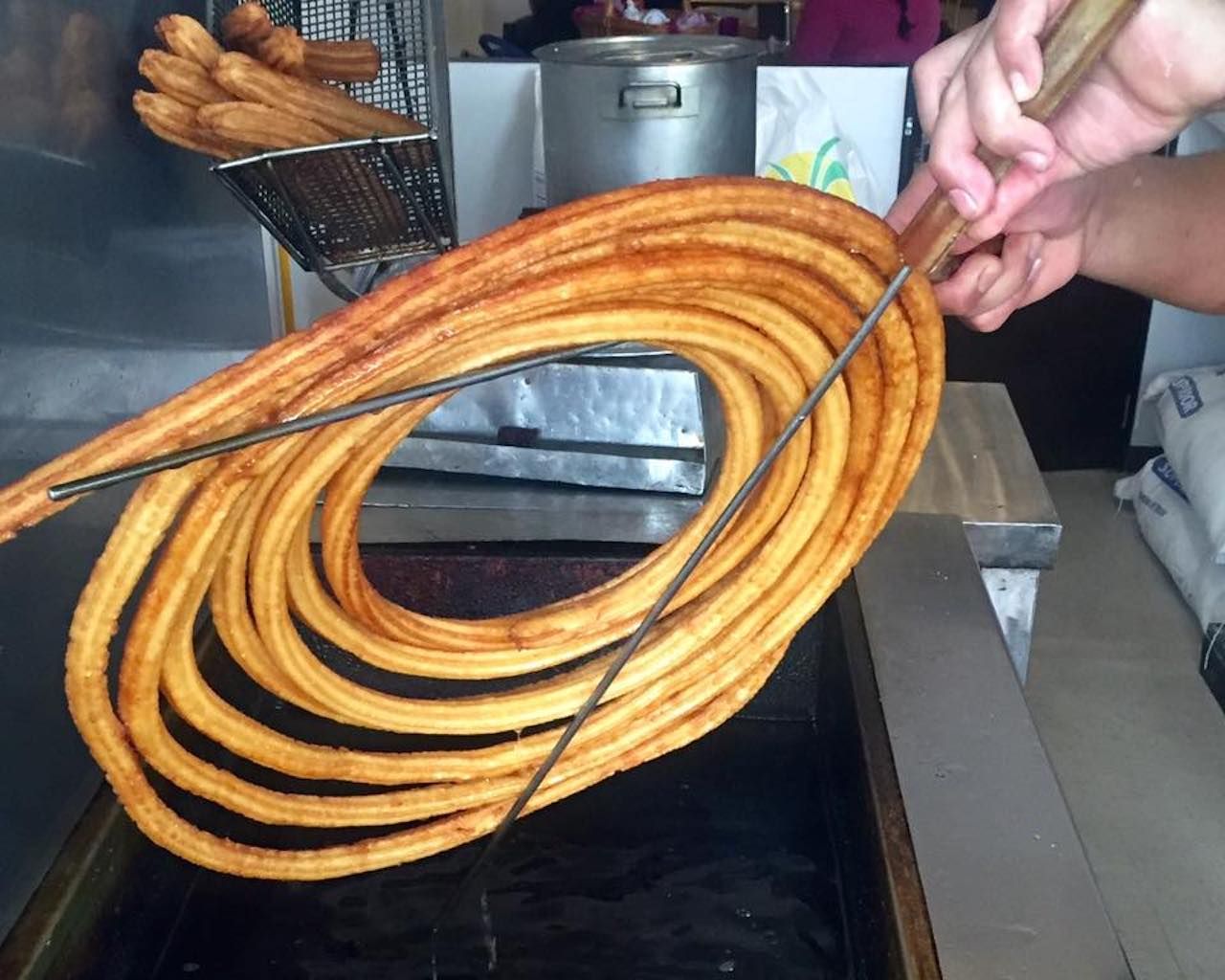 Open since 1977, Churrería el Convento is a classic spot for true local churros and chocolate. The chocolate comes in three options: French (sweet and has milk), Mexican (contains cinnamon), and Spanish (thick and slightly bitter). Each order comes with four churros, and there’s heavier fare on the menu as well if you’re looking for a full meal. 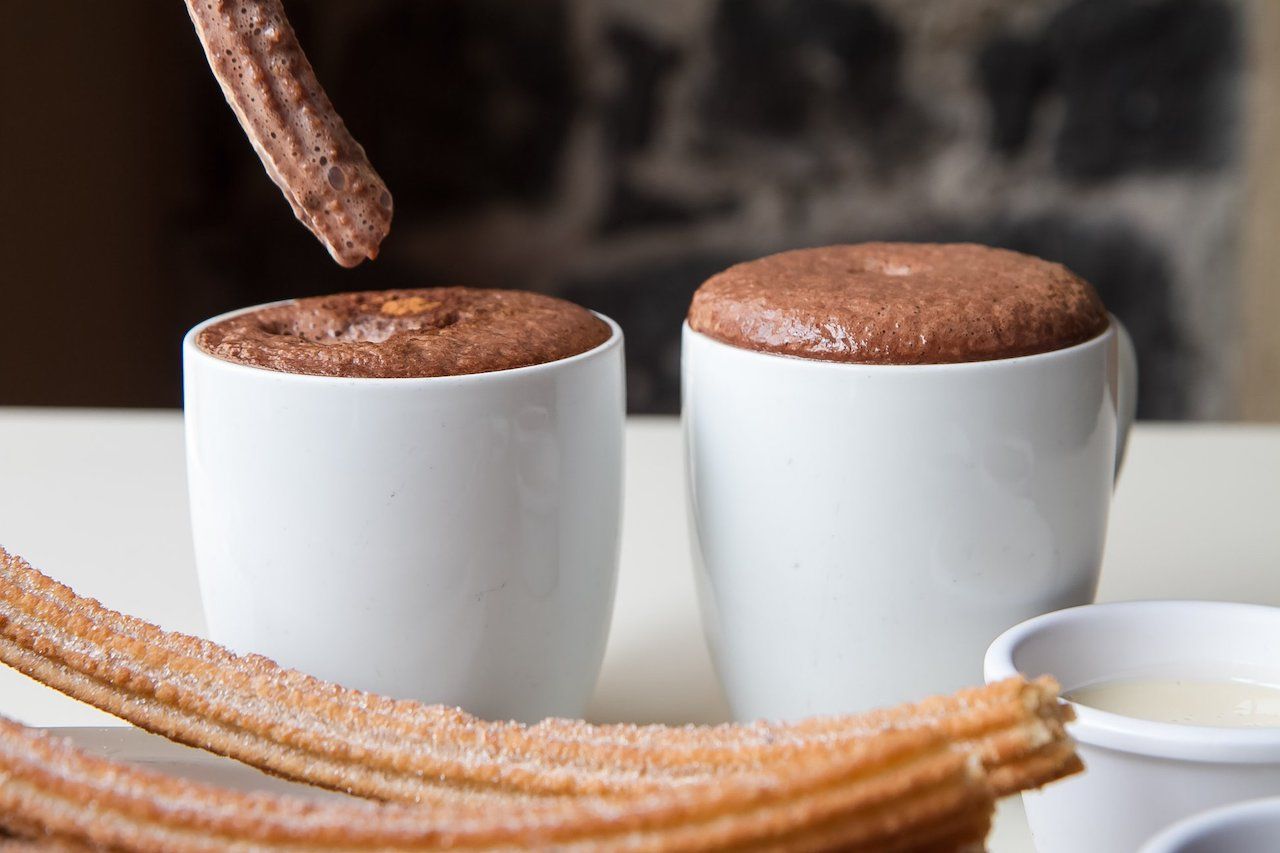