At the end of the holiday season, one question always looms: “how much money that I don’t have did I just spend?”

Most of us answer this sometime in January, but the truth is that Americans are big on spending year-round. However, a map from HowMuch.net shows that the amount Americans spent in 2017 varies quite a bit state-to-state. Obviously high rents in places like Los Angeles, Chicago, and the Northeast Corridor are going to inflate the costs of living for their respective states, but this map reveals that living in a state with a pricey liberal metropolis isn’t the only thing that will drain your bank account. While Americans in Washington, DC spend more than any other (56.8k per person), Alaska comes in third (49.5k) and North Dakota rests comfortably in the top ten (48.2k), above New York and Vermont.

So, if you are looking to save some cash for future holiday seasons, make sure you don’t just look for a cheaper town, but also for cheaper states. 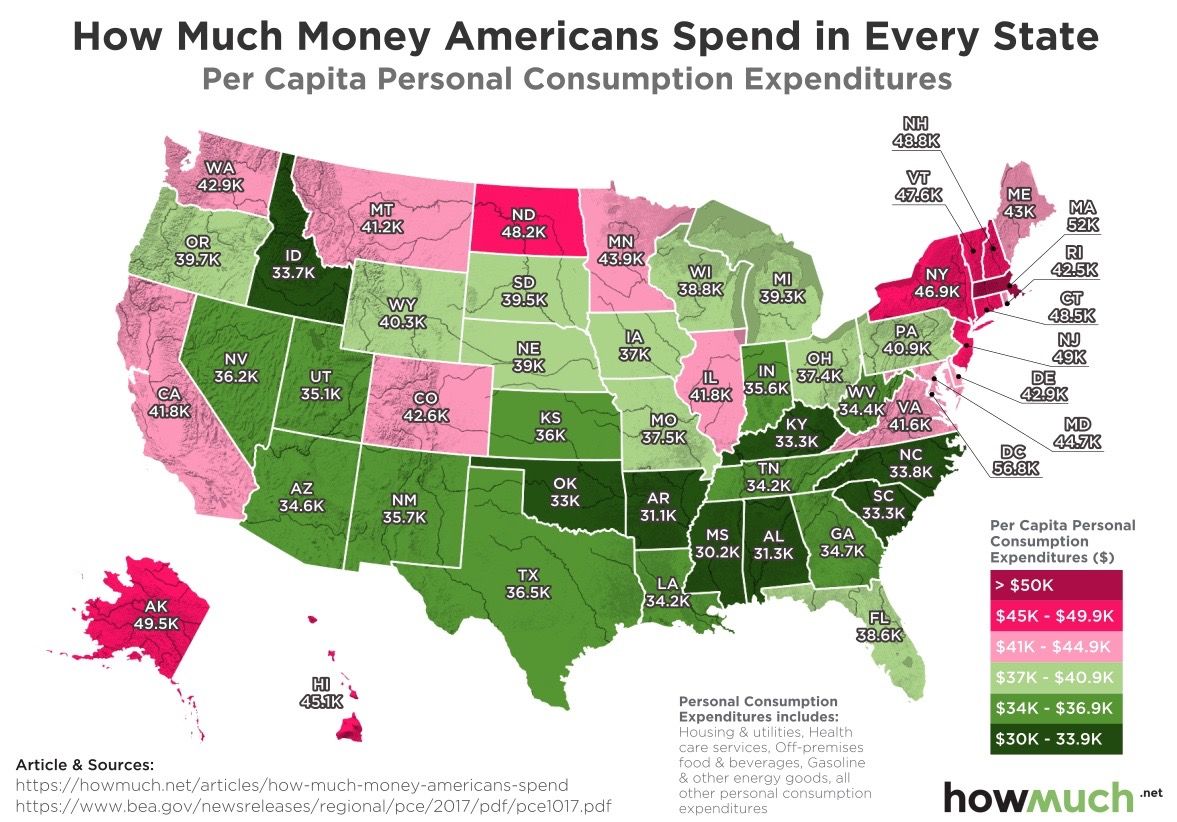 Financial SavvyInfographic: 10 Simple Lifestyle Changes That Will Save You Money
Tagged
Maps + Infographics
What did you think of this story?
Meh
Good
Awesome