There’s always a line at the Mexico Pavilion at Disney World’s Epcot in Florida. No one should be surprised about a line at Disney World, but the folks in this line aren’t waiting to meet Mickey Mouse or see a live rendition of Beauty and the Beast. They’re waiting to enter a tequileria.

Since 2009, La Cava del Tequila has brought life to the Mexico Pavilion. One of the more popular restaurants at Epcot, it serves an average of 1,000 people a day with nine tables, two high-tops, and a walk-up bar. The handcrafted margaritas and vast amount of agave spirits have earned the bar international acclaim and gratitude from a thirsty Disney audience.

The cellar is well stocked to meet the growing demand of agave spirits, with a diverse offering of more than 130 tequilas, 40 mezcals (including many of the most sustainable mezcals), and even a couple of sotols, raicillas, and a bacanora. “Our main interest has been to show and inform guests about the culture and history behind tequila production,” said beverage director Javier Villegas. “We want them to appreciate the value and uniqueness of this spirit.” 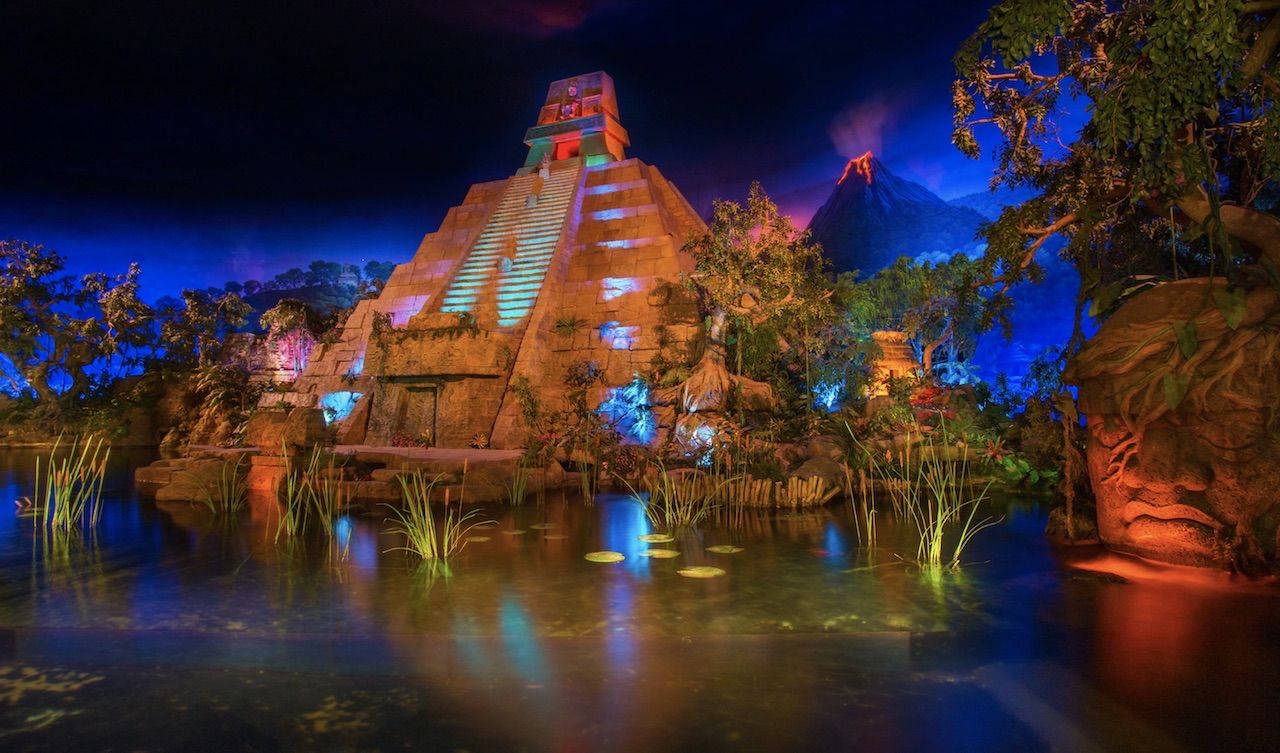 When you approach La Cava, you wouldn’t necessarily expect to be walking into a kingdom of agave spirits. Finding a bar at this caliber anywhere in Disney is a little surprising. You enter the Mexico Pavilion through a massive Aztec-inspired pyramid that brings you to a new world styled like a Mexican village. It’s nighttime all the time in the courtyard, with vendors selling food and authentic Mexican sweets from carts. To the right is La Cava (and its occasional lines), which feels as far away from the three singing ducks from The Three Caballeros ride as Disney World does from Mexico City.

Inside, there’s one long room with booth seating on one side and the bar on the other. A detailed mural of the tequila process from harvest to production covers the outer wall above the booths. Spirits are illuminated by a backlight and serve as a lure in the otherwise dim interior.

La Cava forgoes cheap, mass-market tequilas. You won’t find bottles made with less than 100-percent agave or ones that are loaded with added sugar. Instead, the bar instead focuses on the finer side. The most expensive tequila at the bar is Jose Cuervo 250 Anniversary, which sells for $250 per serving. These high-end agave spirits help convey La Cava’s modus operandi.

“I think the biggest difference with our menu,” Villegas said, “is that we only carry 100-percent agave tequilas and we do not have many of the most common brands, or if we have them, we don’t push them. We focus more on smaller and even boutique brands that we try to help get into the market. We are constantly looking for brands that use a more traditional, artisanal, or handcrafted production process, instead of highly industrialized ones.” 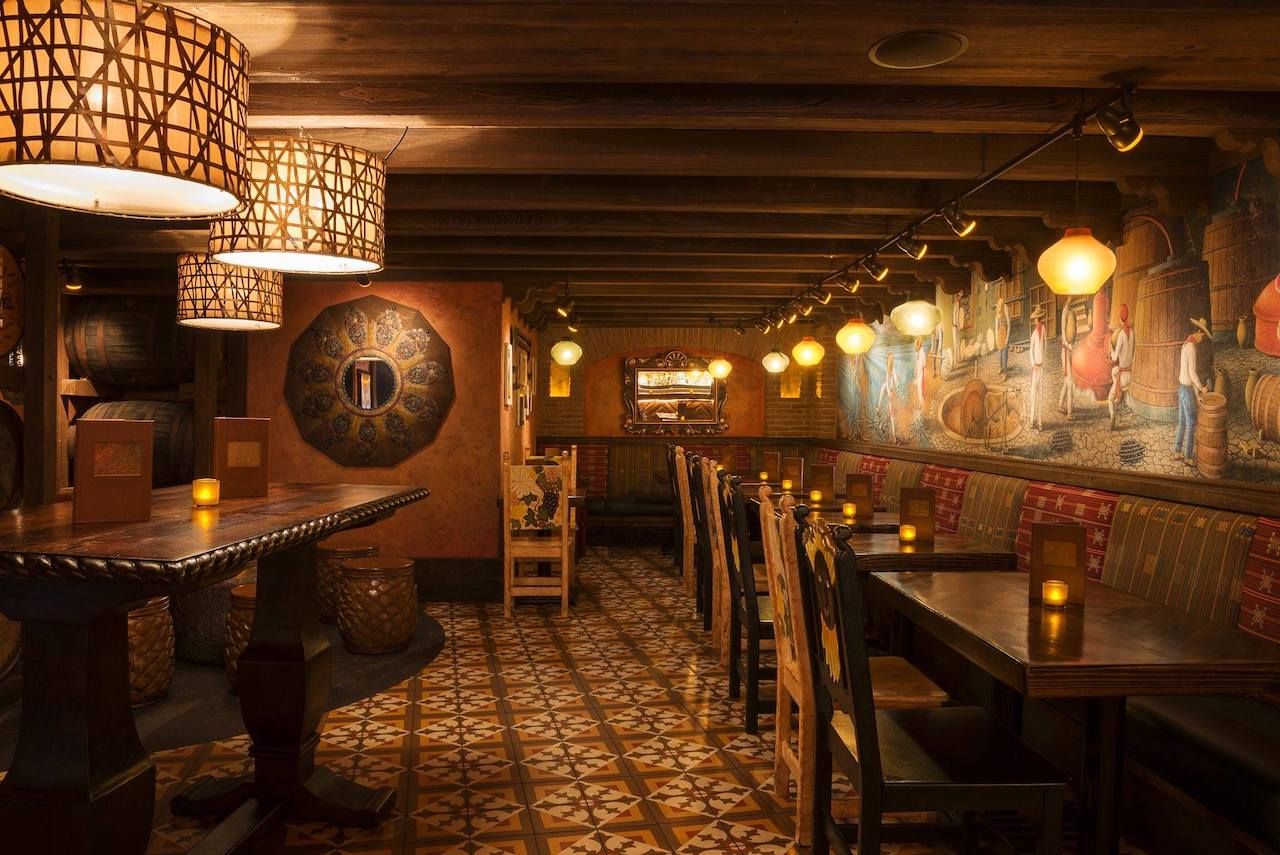 To be labeled tequila, it must be made from at least 51 percent blue agave and produced in one of five states included in Mexico’s tequila denomination of origin. While cheaper neutral liquor can fill out the rest of the 49 percent in a bottle of tequila, the best tequilas use only agave spirit and are often more expensive. Interest for these premium tequilas is rapidly growing in the US, as shown by the super and high-end premium tequila markets, which grew 706 percent and 292 percent since 2002, according to the Distilled Spirits Council.

La Cava’s dedication to these better bottles is what makes it the best in Florida. Tequila here is meant to be sipped and savored, not chugged, and La Cava serves the spirit the traditional way with a side of sangrita. Tequila ambassadors from the town of Tequila are on site to assist with training and maintain standards, and the staff is certified by the CRT (Tequila Regulatory Council). “There are very few bars in the US that have this certification,” Villegas said. 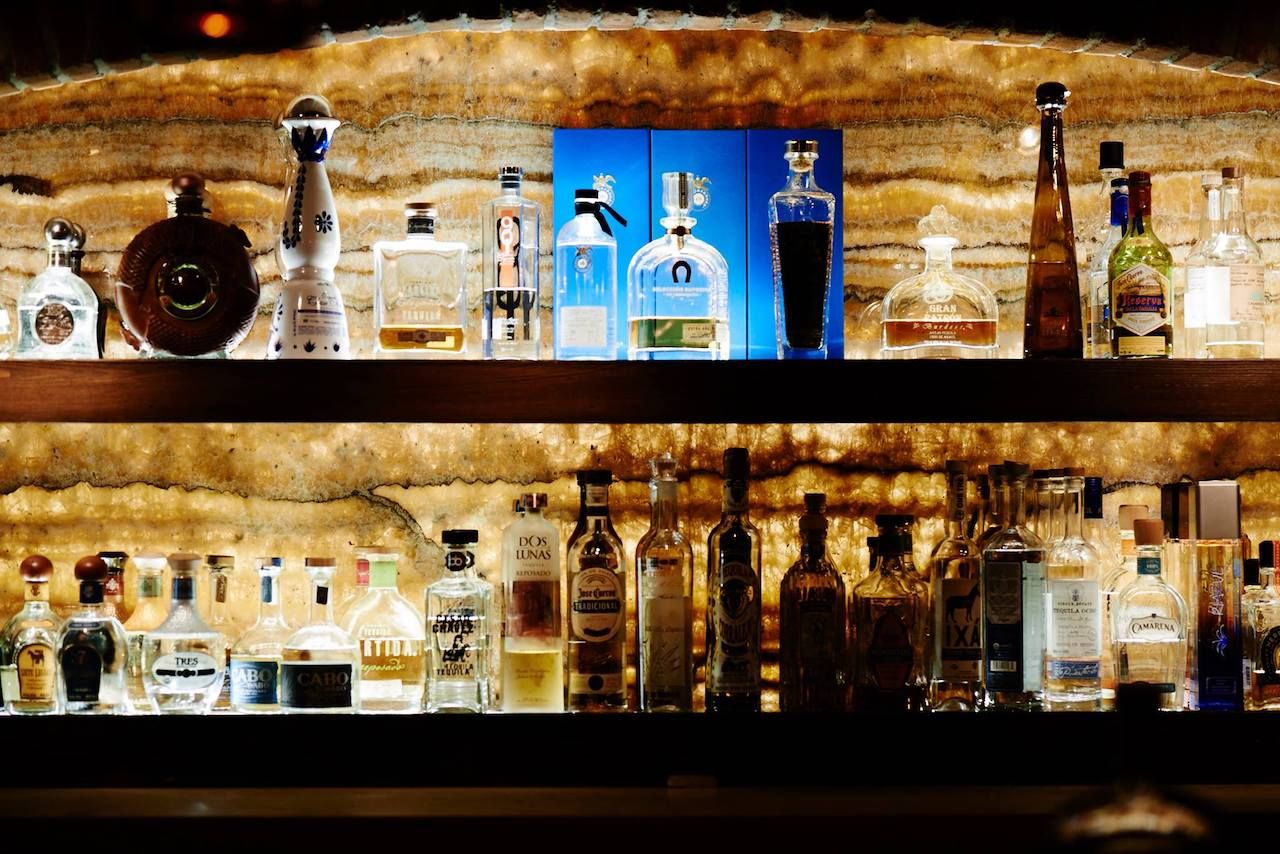 While some common brands are available, Villegas recommends “guests try something else since they can find [those brands] anywhere else.” His top picks for must-try tequilas include Casa Dragones, Ambhar, El Velo, Casa Noble, and Avion. For mezcal, he suggests Ilegal, Gracias a Dios, and Montelobos. He lists these “because of the quality of their product, their vision, and their conscientious way of working with their community and the environment.”

The popular draw for those passing by are the margaritas, which are available at the walk-through bar. There’s both the traditional drink and twists on the classic cocktail created by resident mixologist Gustavo Ortega-Oyarzun. Variations include passionfruit, caramelized pineapple, and mango, and the rim is lined with options like Tajín chili powder and hibiscus salt. According to Villegas, the avocado margarita is a fan favorite.

For food, the options include chips and salsa, guacamole, and queso. Like any good tequileria, La Cava wants the focus to be on the spirits and drinks, not the kitchen.

If you’re an enthusiastic guest, you could be lucky enough to be gifted a Riedel tequila glass with your name on it, engraved on the spot. There used to be a loyalty program that allowed people to earn this perk but there were far too many takers. Now, it’s a lucky surprise to show appreciation to unexpecting patrons.

La Cava isn’t your average bar for bad tequila shots. This tequileria may require you to wait in a Disney-style line, but unlike It’s a Small World, it’s worth the wait.

8 of the Coolest Airbnbs Near Disney World, Orlando
The Best Gayborhoods in Florida’s Major Cities
Hurricane Ian Is so Strong It Pulled the Water Out of Tampa Bay
The Best All-Inclusive Resorts in Florida for a Worry-Free Beach Vacation
The Best 11 Airbnbs Near Universal Studios