Say the word “Kobe,” and most people think it’s just a type of beef, not a place you can visit. How this historic, cosmopolitan Japanese city manages to fly under the radar with tourists is a bit of mystery. For locals, Kobe is synonymous with style and sophistication, largely thanks to its history as an international port town. Located on Osaka Bay about 30 minutes west of Osaka proper, this city of nearly 3 million was almost completely rebuilt after the devastating Great Hanshin Earthquake in 1995 and has since blossomed into a thriving modern metropolis positioned between the mountains and the sea. Here’s why a trip to Kobe belongs on your Japan itinerary. 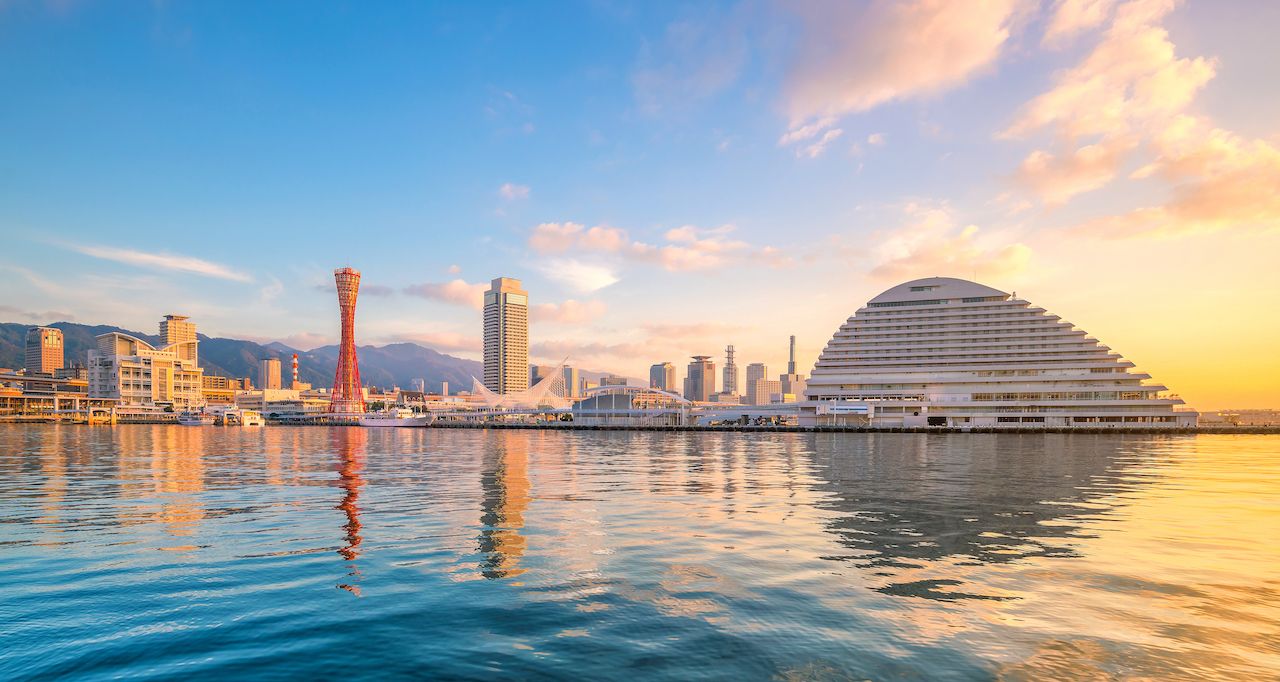 In the 1860s, Kobe was one of the first ports in Japan to be opened to foreign trade, which brought a global vibe into the city that is still very much evident. Many foreign traders, dignitaries, and merchants took up residence in the Kitano district of the city, and English, French, Dutch, and Italian influences are all visible in the area’s architecture. Many of the historic houses that were built to accommodate the growing population and economy after the port’s opening have been preserved and are open to visit, while others have been transformed into quaint cafes and stylish boutiques. You can visit these on a stroll through the portside shopping districts.

The city has also incorporated other Asian cultures seamlessly into its midst. There’s a colorful and bustling Chinatown — one of only three in Japan — which is fantastic for shopping and street food. It’s home to Japan’s first mosque, built in 1935, and the most famous Jain temple in the country. All of this makes Kobe feel genuinely welcoming and inclusive, with a much more diverse and cosmopolitan feel than most Japanese cities.

It’s one of Japan’s most sophisticated cities. 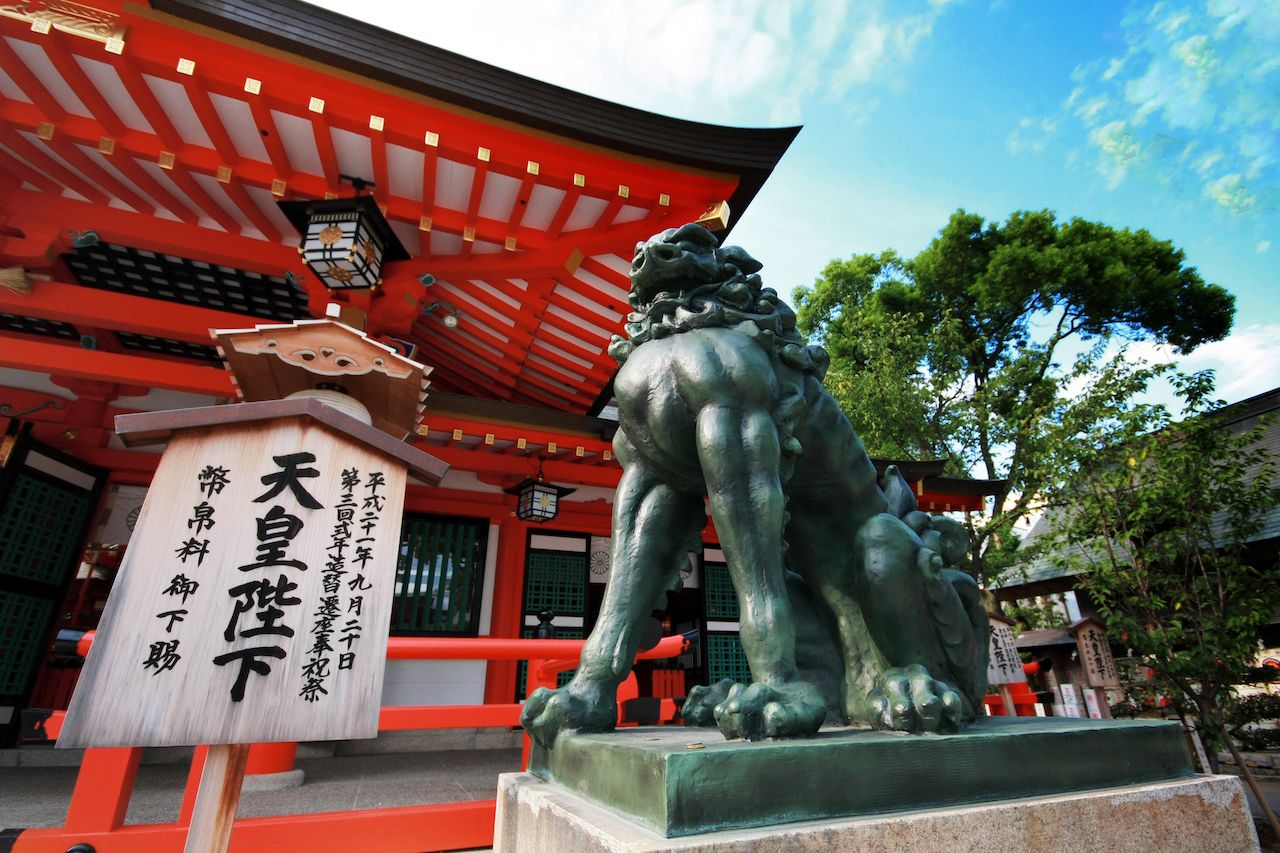 In line with its global outlook, Kobe oozes sophistication and style. It has a great range of art galleries and museums to explore, for an insight into both ancient and modern Japan. These include the Hyogo Prefectural Museum of Art, home to around 10,000 pieces of mostly contemporary art, and the Kobe Fashion Museum, the country’s first fashion-themed museum.

To visit some of Kobe’s most iconic sights, head to the waterfront. Meriken Park is home to a number of outdoor art installations, including the giant, extremely Instagrammable “BE KOBE” letters and the red, hourglass-shaped Kobe Port Tower. The latter has become a symbol of the city and is particularly striking at night when illuminated. Walk by the massive Ikuta Shrine, which is thought to offer divine relationship guidance. Climb up to the 354-foot-tall observation deck or its rotating coffee shop to admire the view. Kobe Bay Cruises offers short cruises out onto the bay for a different perspective.

Some of Japan’s best sake is produced here. 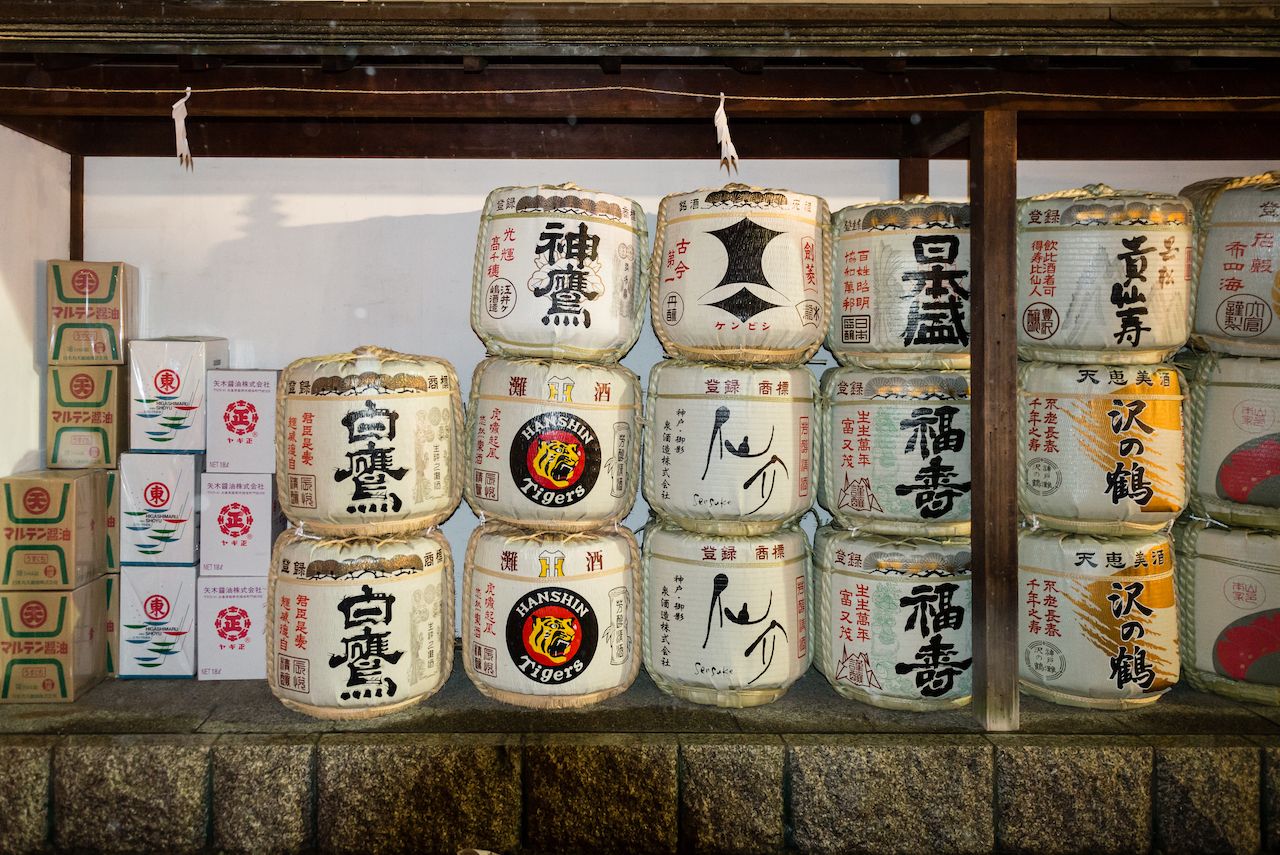 The availability of high-quality rice and mineral-rich water, coupled with a favorable climate, makes Kobe the perfect place for brewing sake. The city’s Nada district is one of Japan’s most famous sake-producing regions, and production here dates back around seven centuries. It’s home to a host of breweries, many of which run free tours and tasting sessions. Some, such as the Kiku-Masamune Sake Brewery and Kobe Shushinkan Brewery, even have small museums on site where you can learn more about the brewing process. If beer is more your style, you’ll be pleased to know Kobe also has several of its own craft breweries. For some of the best, check out Rokko Beer’s range of brews made with spring water from the local mountain range.

The city is a shopaholic’s paradise. 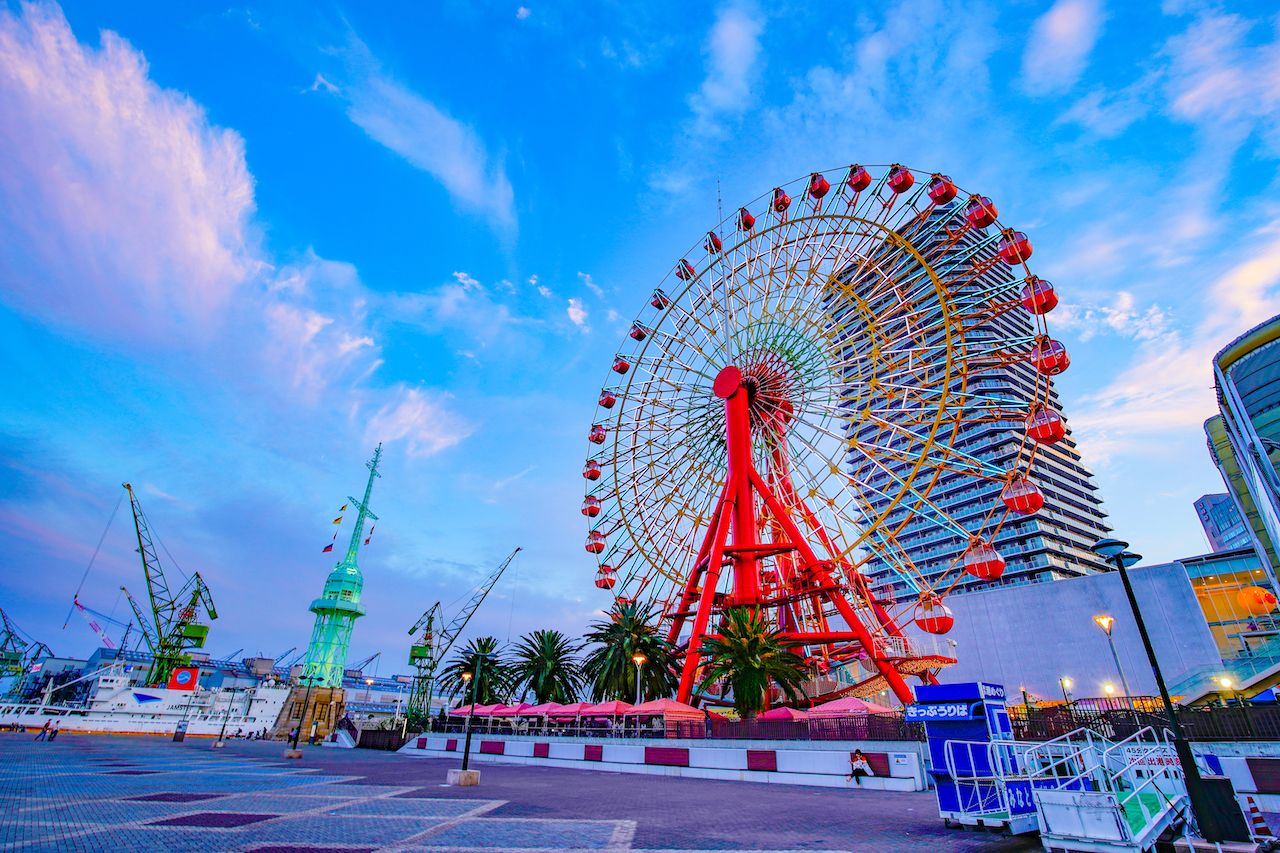 Kobe’s port city status has turned the city into a destination for shoppers from around Japan. There’s a unique confluence of quantity and quality here that makes bargain hunting for brand-name goods a thing to do, particularly at the massive Harborland complex. With several large shopping malls, entertainment facilities such as a cinema and a Ferris wheel, a vast selection of bars and restaurants, and a beautiful harborside view, it’s a very pleasant place to spend an afternoon. Beyond Harborland, wander down the shopping arcades near Sannomiya and Motomachi and see what catches your eye, or browse the shops tucked away underneath the train tracks. Chinatown is a great place to pick up souvenirs, while the regular flea markets by the waterfront are perfect for antique hunting and one-of-a-kind arts and crafts.

Nature is just around the corner. 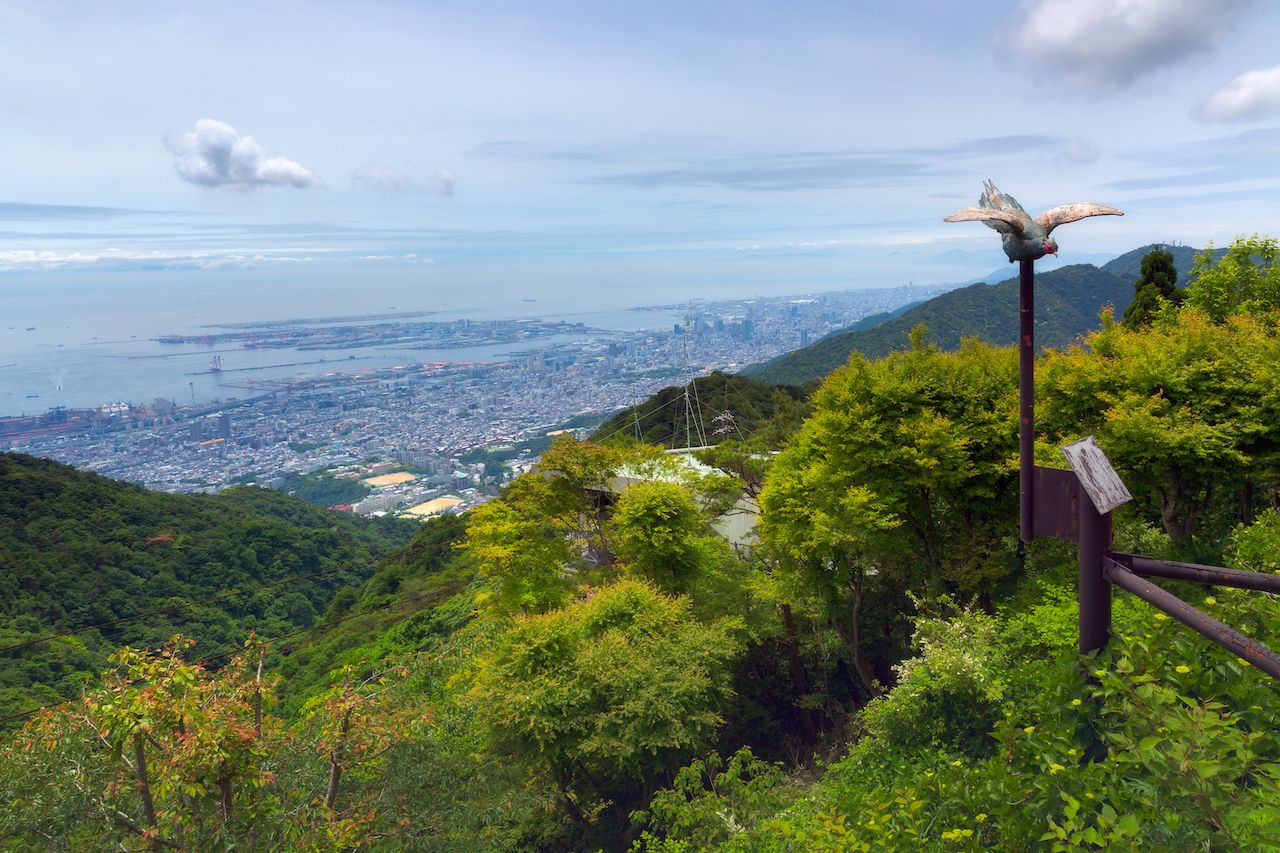 Perfectly placed between the mountains and the sea, Kobe is in a very enviable position when it comes to outdoor access. Just a 20-minute hike from Shin-Kobe station (where the bullet train stops) you’ll find the stunningly beautiful Nunobiki Falls. These consist of four separate waterfalls, the tallest of which is an impressive 141 feet high. If you’re feeling more adventurous, continue the trek up into the rugged Rokko mountain range, which borders the city to the north, though you can take a cable car if you aren’t up to the hike. The view from the top is widely regarded as one of the three best night views in Japan, but is just as scenic during daylight hours. Kobe’s Suma Beach is one of the top beaches in the Kansai region and makes for a perfect place to unwind at sea level.

You can soak in one of Japan’s most ancient hot spring resorts. 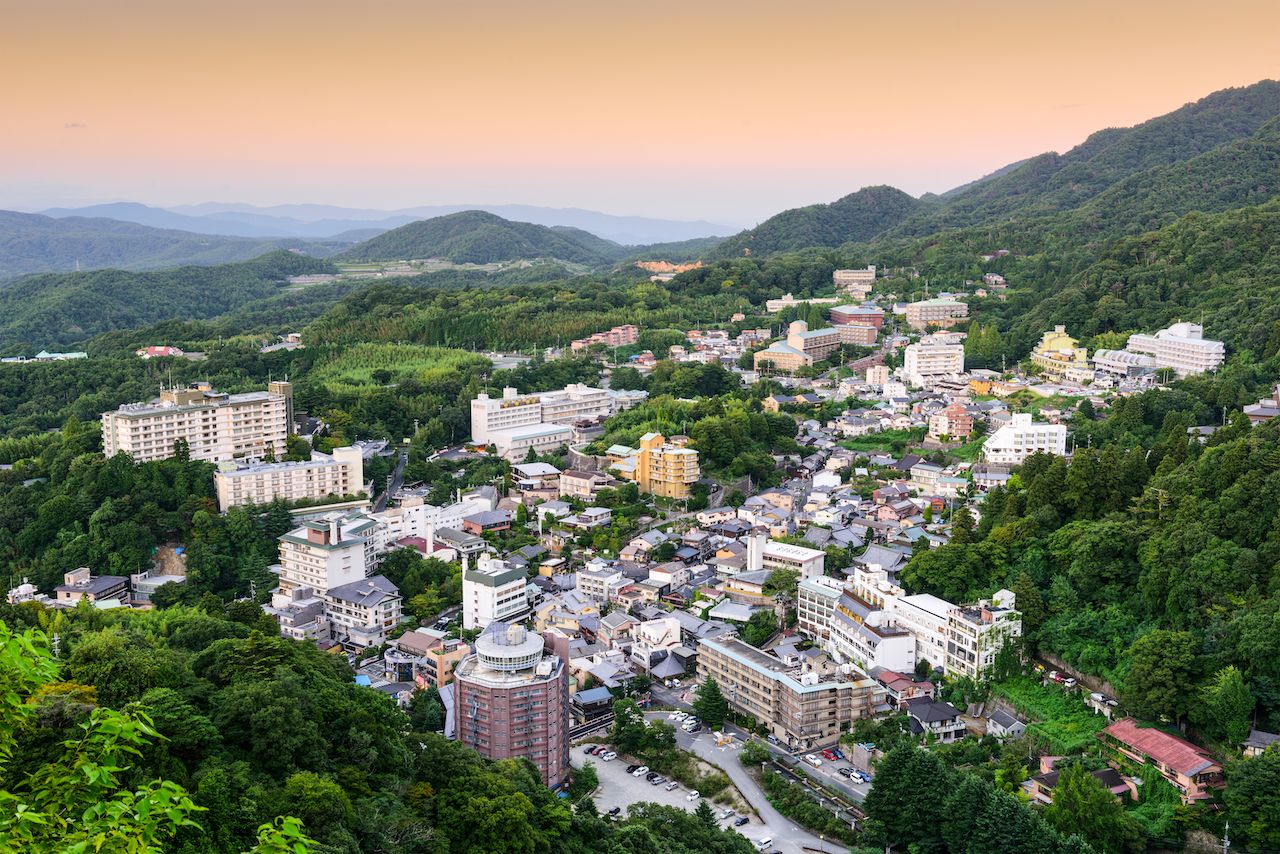 If it’s relaxation you’re after, Kobe has something even better than the beach. On the outskirts of the city you’ll find Arima Onsen. Nestled in the mountains, it’s one of the country’s oldest and most prestigious onsen (hot spring) resort towns. The hot spring water is rich in minerals said to help cure various skin, muscle, and joint ailments. A trip to an onsen is a must when in Japan, as bathing in these naturally heated waters is a big part of Japanese culture. It’s also one of the most relaxing things you’ll ever do. For the ultimate experience, spend a night or two in a traditional Japanese ryokan (inn). Arima serves delicious multi-course kaiseki cuisine, perfect after soaking in a private onsen bath. You’ll drift off to sleep on luxurious futon bedding which, to the uninitiated, sounds like an oxymoron — but like the city you’re visiting, this is but another misconception about Kobe and, on a larger scale, Japan.

Okay, the beef is pretty good too. 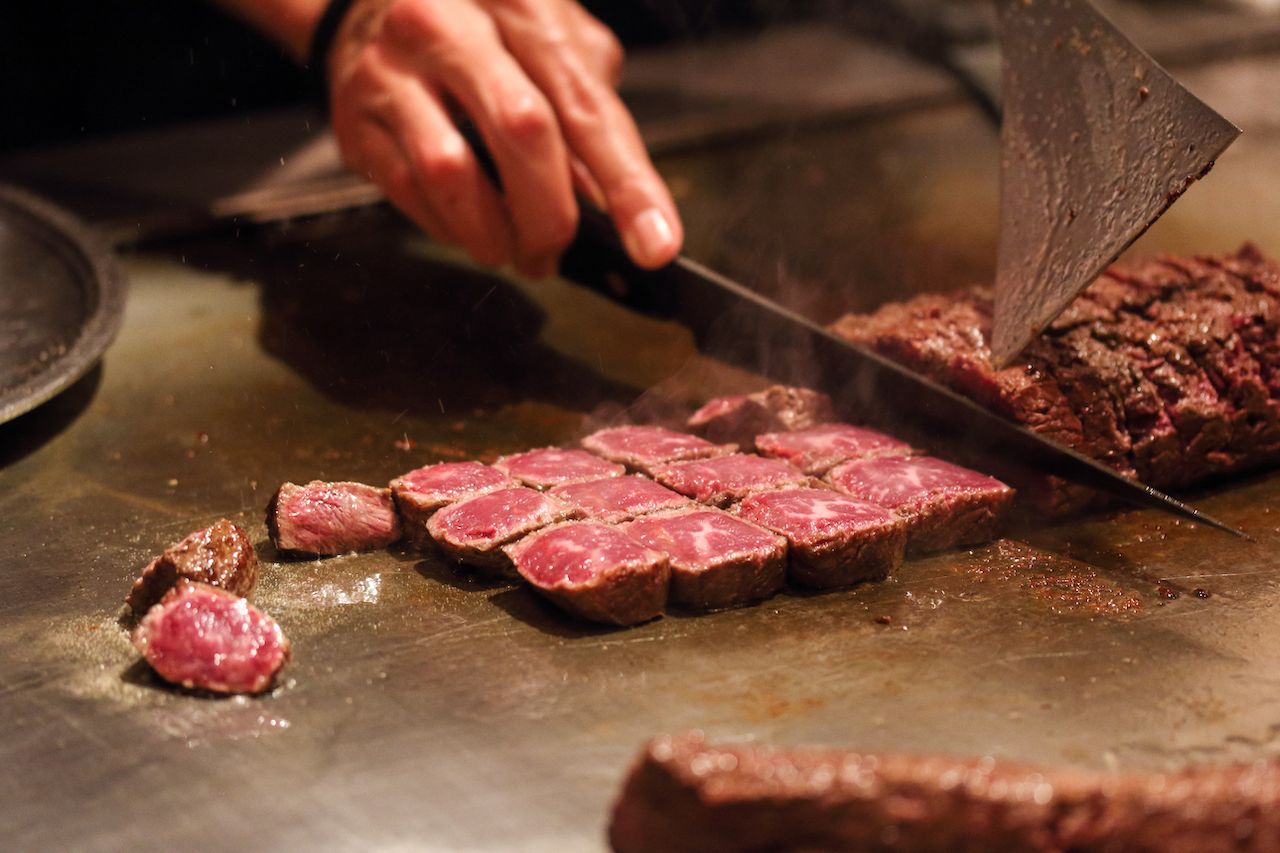 We suppose you can’t say you’ve visited Kobe and not have tried the beef at the source. To taste the best, head to a teppanyaki restaurant. Here the chef cooks your food to order on a sizzling hot iron plate right in front of you. These spots are the best to experience the local Kobe beef and Japanese BBQ. Kobe Plaisir is popular among locals and expats, or try Wanto Burger for a more affordable option. If you’re vegan or vegetarian, Modernark and Thallo both offer entirely meat-free menus.

Food + DrinkEverything You Need To Know About Japanese Barbecue
Tagged
Culture Trip Planning Japan
What did you think of this story?
Meh
Good
Awesome