Conventional wisdom says that once the warm weather drifts away, so does the abundance of music festivals where you can see a dozen of your favorite acts all for the price of a wristband. Once the winter wind kicks up it’s all arena tours mixed in with Trans Siberian Orchestra and the Nutcracker until it’s camping weather again.

But the months of November to February aren’t a complete music festival desert. Whether you’re looking to travel abroad or stay close to home, the winter offers plenty of music festivals that are just as good if not better than during summer. From Sydney to Southern California, here are a dozen of the best winter music festivals you can hit this year. 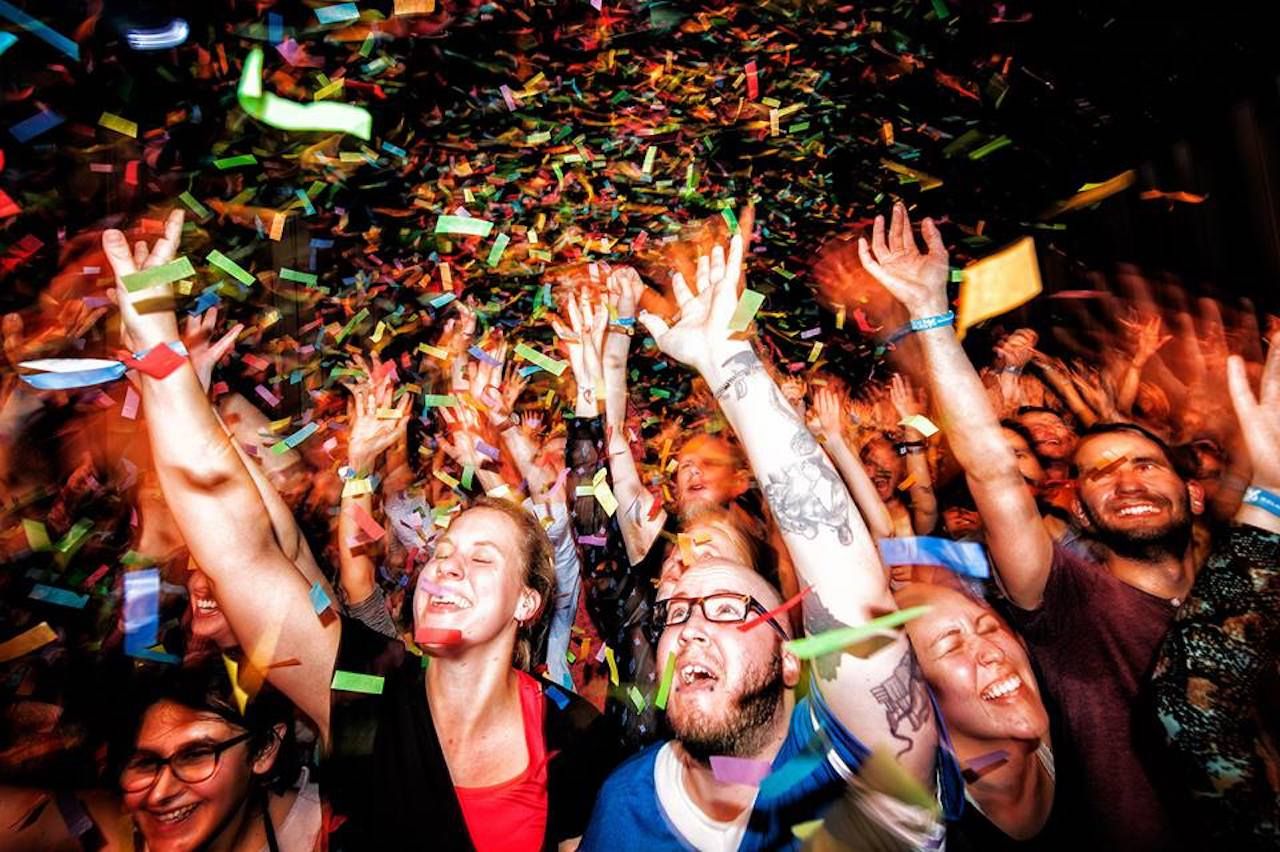 Considering the general cost of anything in Iceland, this festival is a bargain: four days with hundreds of bands, a handful of which you might have actually heard of. Even if you can’t name an act on the bill, Iceland Airwaves is a chance to experience an Icelandic tradition from before the tourism boom. Local bands play alongside groups from all over the world — which this year include headliners Blood Orange, Aurora, and Cashmere Cat — and the festival engulfs everything happening in the city. It’s one of the few times of year you can go to Iceland and do things other than the usual sites and tours, and it’s the perfect opportunity to delve into the music scene of this often over-touristed country. 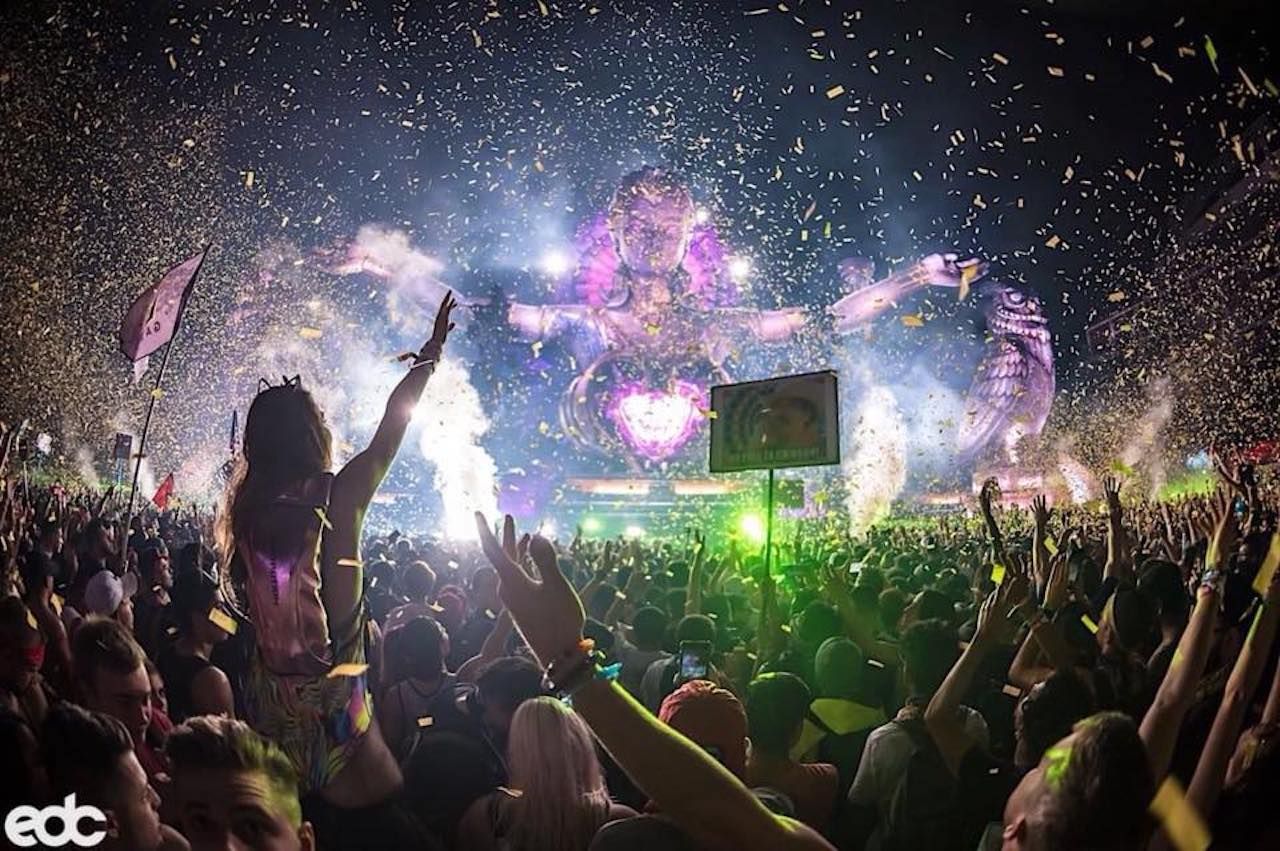 This two-day electronic music extravaganza sits only behind Ultra as Florida’s largest, and it’s the biggest EDM event in America between summer and March. EDC Orlando is held at venerable Tinker Field, a small baseball stadium near downtown, far from the family-friendly environs of the theme parks. In addition to headliners Kaskade, Martin Garrix, Alesso, and Bassnectar, this year’s festival also includes a DJ set from Pendulum and a classics set from George Acosta on Friday, closing with a sunset session from Tiesto on Saturday.

Say what you will about Florida, it’s the one place in America you can count on having a music festival on the beach in December. And this year’s rendition of Riptide stretches to three days with a collection of bands appealing to everyone from grunge-loving Gen-Xers to Millennials. Besides headliners Panic! At the Disco, Third Eye Blind, Matt and Kim, and Cold War Kids, other performers include Crystal Method, Bob Moses, and Robert DeLong. You can see Gin Blossoms and Everclear on Sunday or Bishop Briggs and Young the Giant Saturday. Perhaps the most interesting thing will be seeing the age differences at various stages — and maybe exploring a band outside of your generation’s norm. 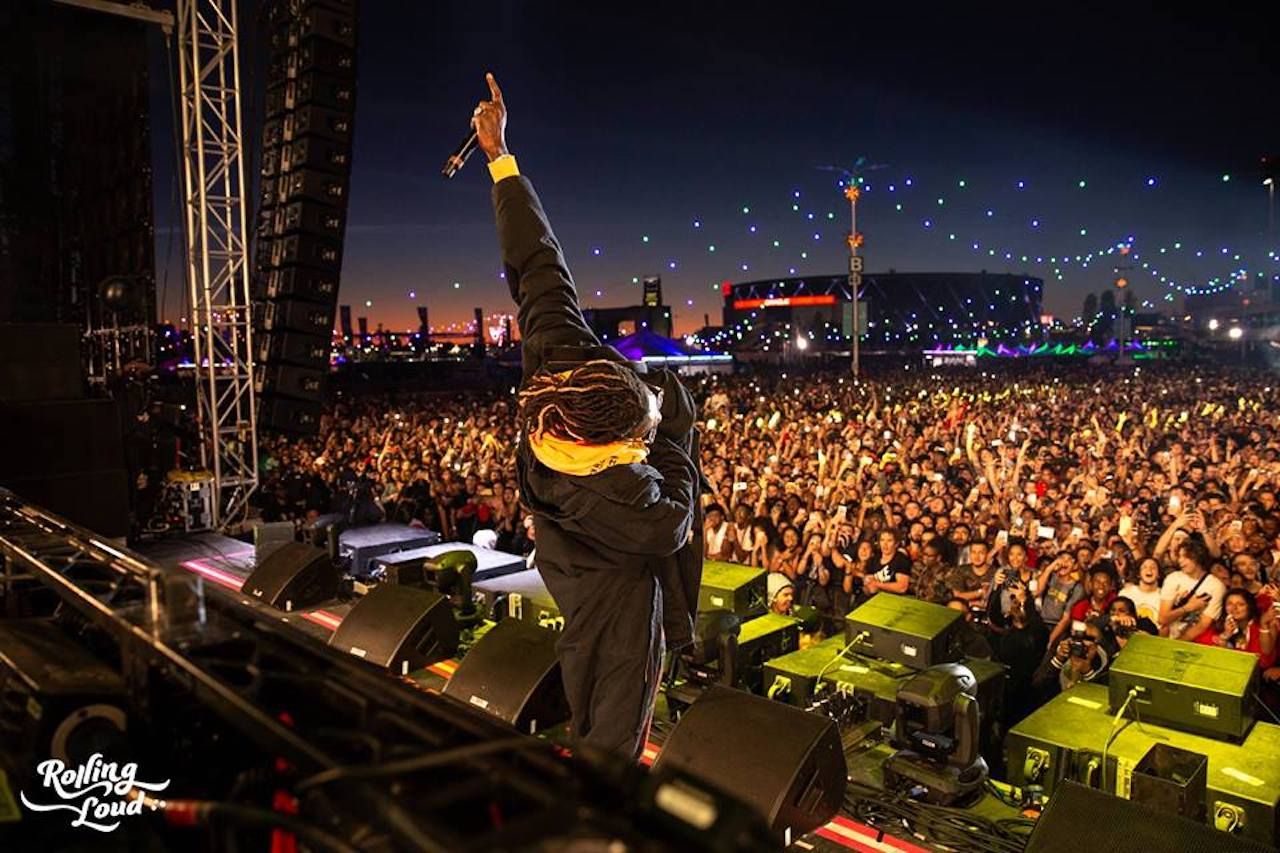 The biggest hip-hop festival on the West Coast descends on Bank of California Stadium in Exposition Park the second weekend of December, with headliners Post Malone, Lil Wayne, and Cardi B. After a hugely successful festival in Miami this fall, this second iteration of Rolling Load will also include performances from Wiz Khalifa and 21 Savage on Friday, as well as Lil Uzi Vert, Young Thug, and Lil Yachty on Saturday. 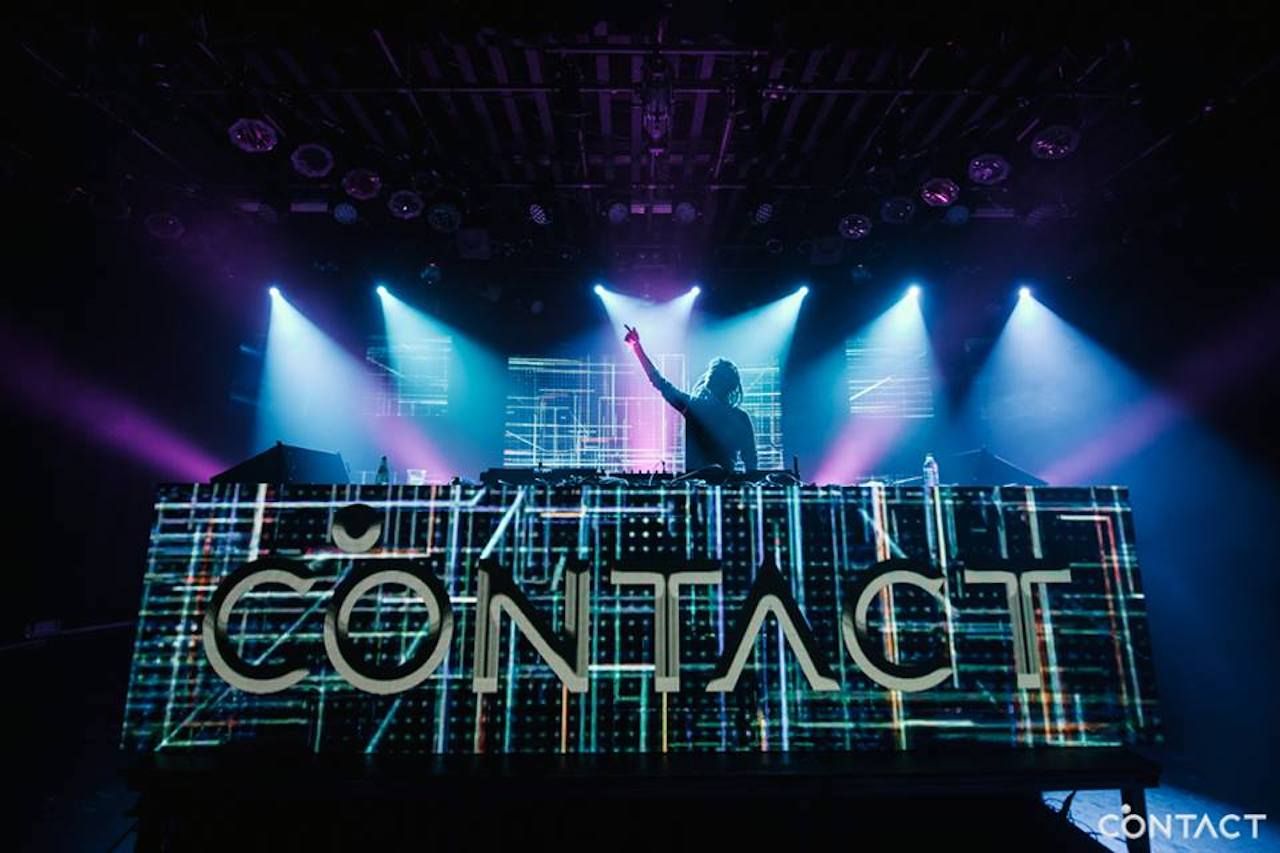 Though Vancouver might be the most beautiful city in North America, in December it can be a bit… grey. So if you’re planning to hit the great white north this winter, best to spend some time inside — like you will at BC Place during Contact Festival Vancouver, a two-day festival featuring some of the biggest acts in electronic music. In addition to headliners Skrillex and The Chainsmokers, you’ll also see Galantis, Borgore, Alison Wonderland, and a special DJ set from Phantoms. 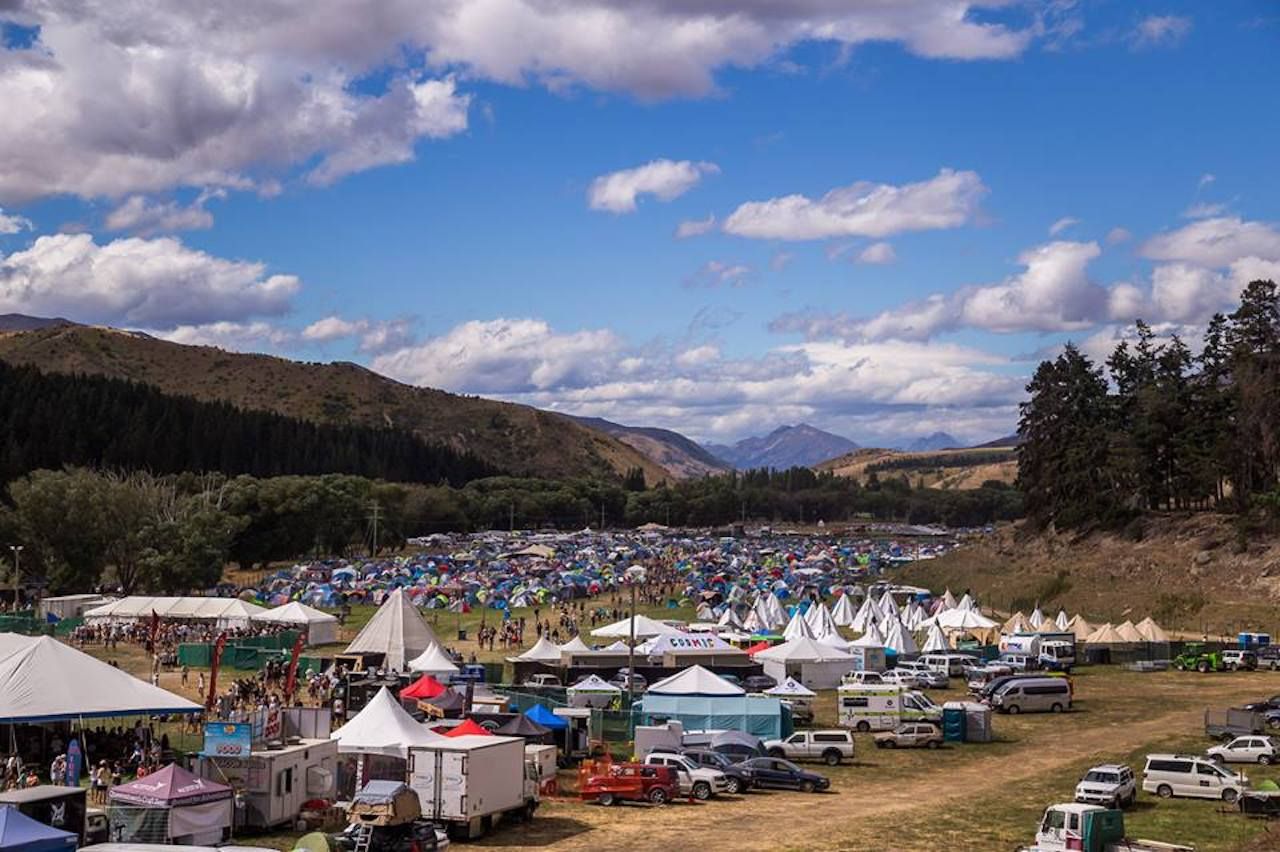 Not that you need a music festival to visit this adventure-sports mecca in the Southern Alps. But when you can end your day of skydiving, waterfall-hiking, and scaling a via ferrata with a 10,000-person concert under the shadow of a towering mountain, it makes the trip that much better. While its winter north of the equator, it’s summer here, and the Rhythm and Alps festival spreads its events throughout New Zealand’s warmest months — with a Carl Cox mobile disco in November and Fatboy Slim in February. But the big festival goes down right before New Year’s at Robrosa Station with over 40 bands playing in three days, including headliners The Black Seeds, Action Bronson, and Vince Staples. 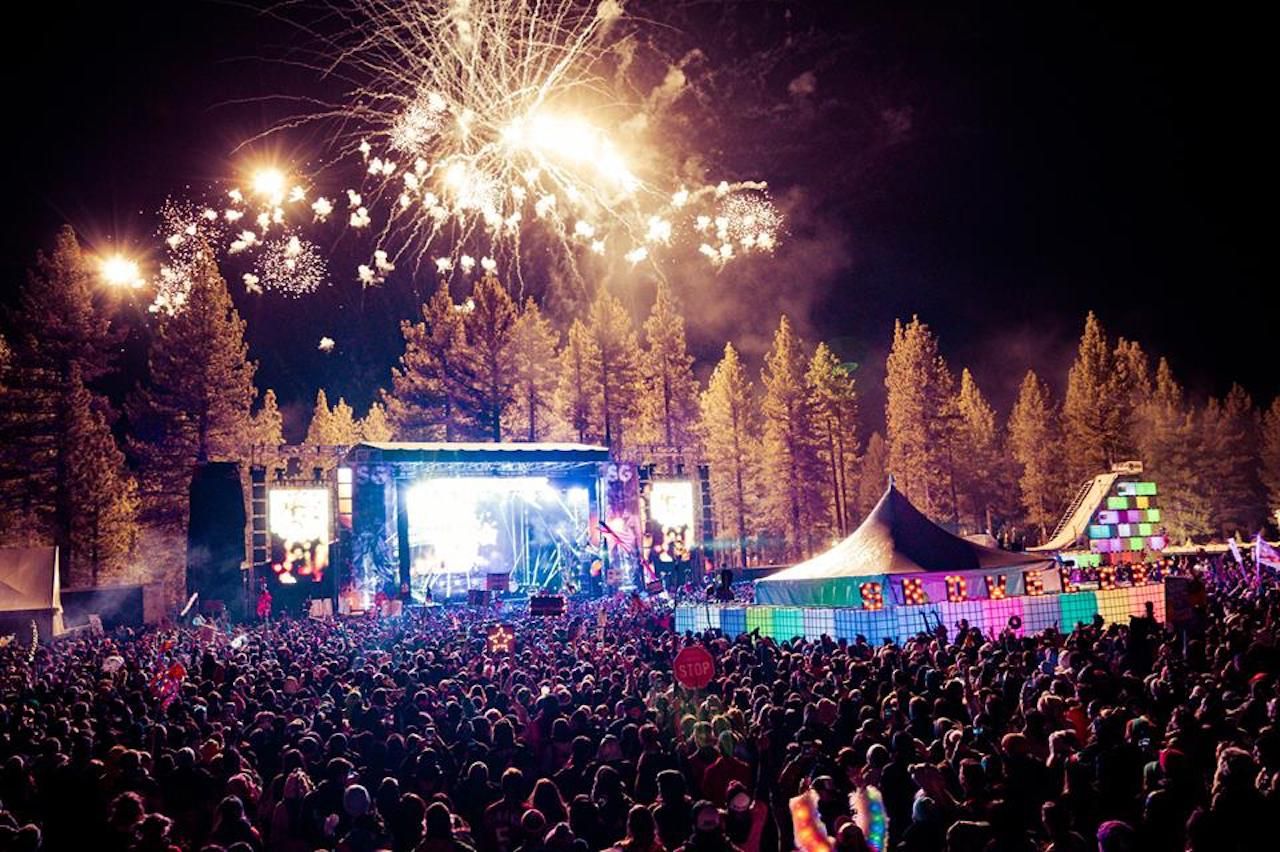 Is there a better winter combination than downhill skiing and electronic music? You don’t see any Bobsled & Blues festivals, so the answer is no. SnowGlobe Music Festival, the annual New Year’s celebration in Lake Tahoe brings the biggest electronic music acts in the world to Sierra Nevada Mountains for three days of performances leading up to the big midnight party. Even if you’re not into skiing and gambling, this festival is a fantastic reason to make a voyage to Lake Tahoe to witness one of the best music festivals in the country in one of the most beautiful places on Earth. This year’s headliners are Above & Beyond, Diplo, Eric Prydz, and Big Gigantic. 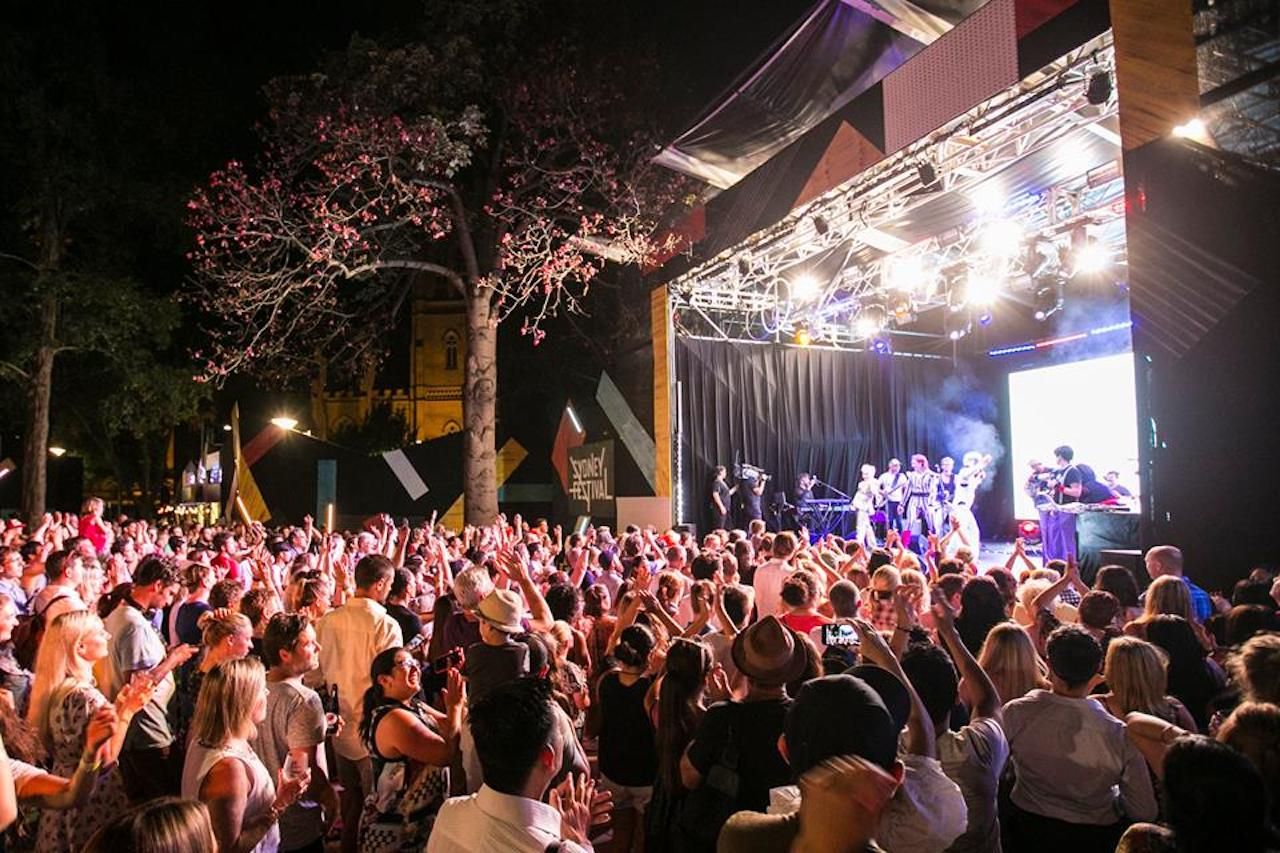 With headliners like Neneh Cherry, Suppression Dam, Mulatu Astatke, and the Black Jesus Experience, the SydFest is the biggest annual event in the city and the essence of summer in Sydney. The musical acts are but a fraction of what’s going on around town, with art installations, theatrical performances, dance troops, and talks and lectures happening for the full 10 days. Many of the shows are free, so if you’re planning an Aussie vacation this winter, you won’t have to budget extra to experience the Sydney Festival. And even the shows that charge admission are rarely over $40 AUS. 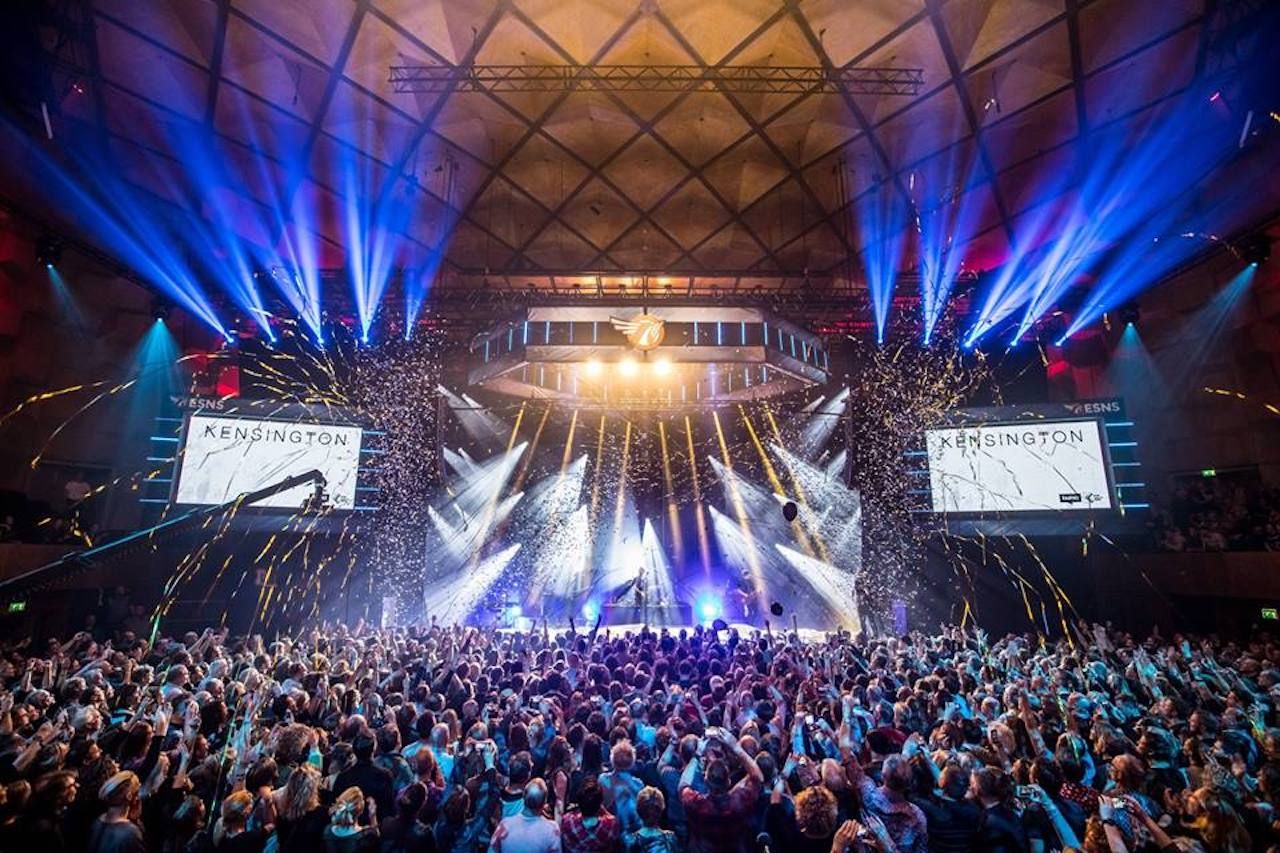 Eurosonic Noorderslag is a true music conference where acts of all sizes converge in Groningen to perform, network, and generally promote music from throughout Europe. Last year’s festival saw 352 acts performing in 52 venues, featuring artists from nearly every country on the continent. This year’s headliners are San Holo and Young Ellens. It’s one of the biggest events of the year for European music lovers and industry professionals, and though you may not know many of the bands, it’s a chance to see what making music across the pond is all about — and to come back home with a whole playlist off cool, foreign music none of your friends have heard of.

At first glance, the thought of standing outside all night on the Old Port of Montreal in the middle of January sounds like the worst idea of 2019. But spend a night at IglooFest and you’ll understand why Montreal locals and thousands of visitors flock here every year. The cold doesn’t feel so bad when you’re packed onto the pier with thousands of people, dancing the night away under colorful lights in the frigid Quebec air. Most of the acts, like this year’s headliners Diplo and Polo & Pan, are electronic, so it feels more like partying at an Ice Bar than it does freezing at a music festival. 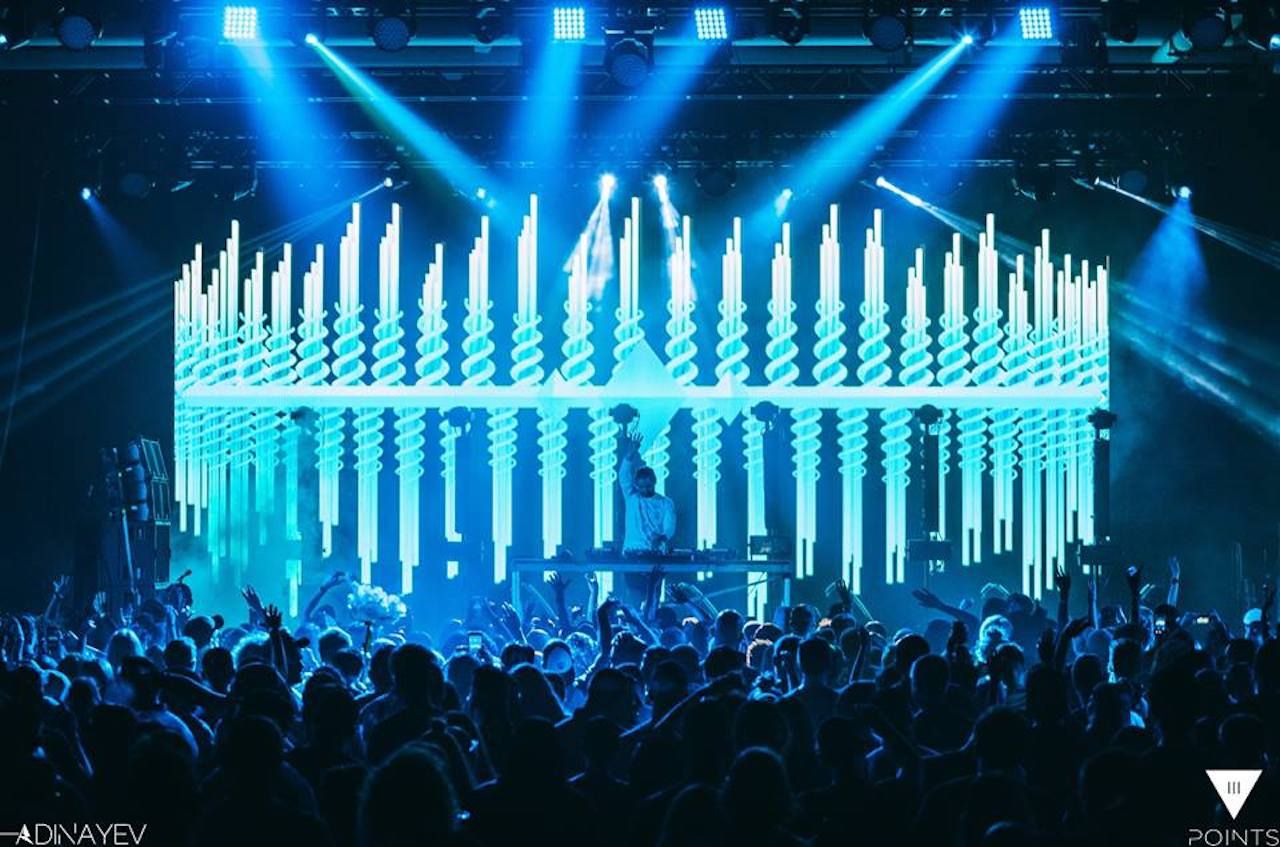 What started as a little independent music festival around small venues has grown into one of the most acclaimed festivals of winter, where acts from rock to jazz to hip-hop converge on the massive Mana venue in the artsy Wynwood neighborhood. III Points is still a huge draw for up-and-coming bands looking to get some exposure, only now they share the bill with names like headliners Erykah Badu, A$AP Rocky, Herbie Hancock, as well as Tyler the Creator, Blood Orange, and Pussy Riot. The festival is also set amidst the most impressive collection of street art in the world, where before and after shows you can wander the endless blocks of murals in Wynwood. 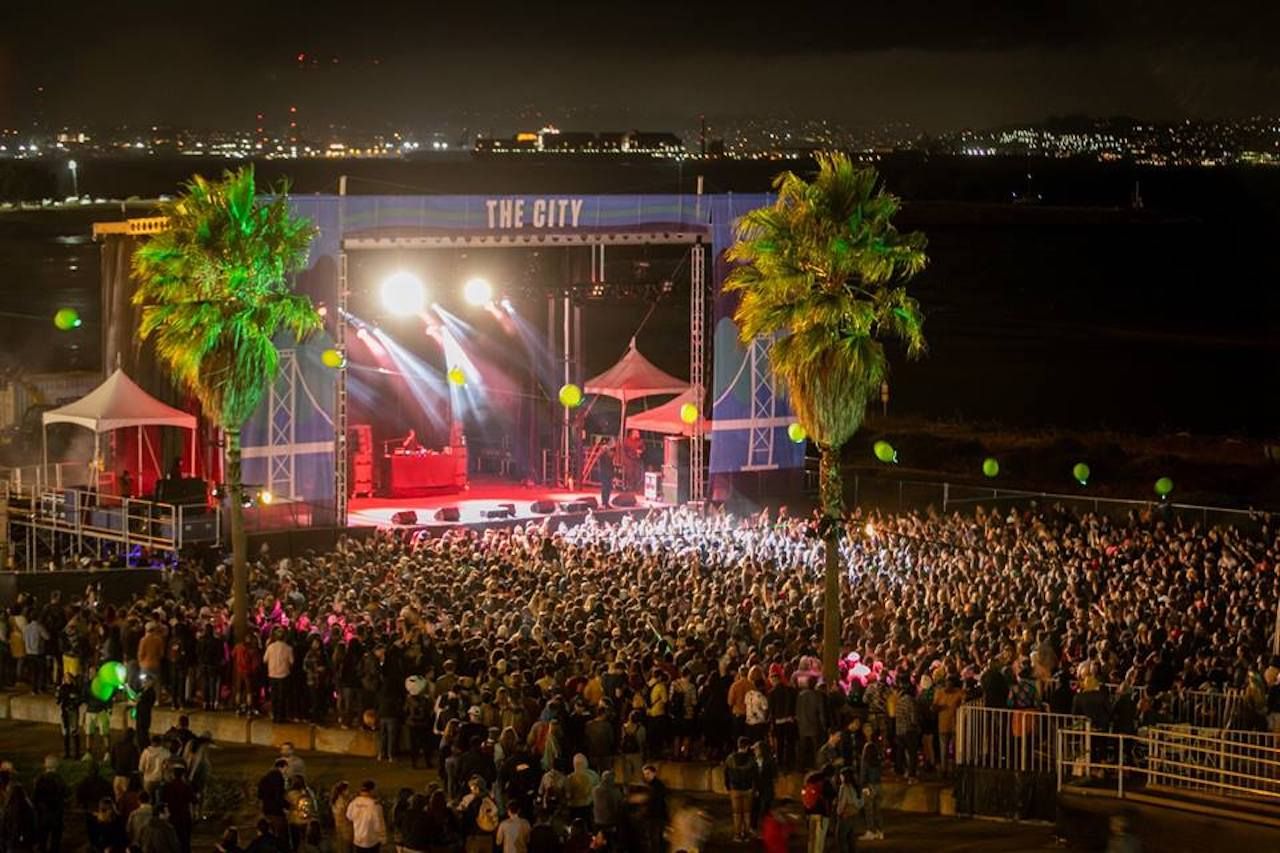 Noise Pop differs from a typical music festival in that it’s not a massive event in one big venue where a ton of bands perform. Rather, it’s a Bay Area-wide festival with bands in different venues around the area, plus independent films, happy hours, and other events all week long. If you’ve ever wanted to dive headfirst into the Bay Area music scene, this is the perfect way to do it as the festival will take you to clubs and small venues you’d have to discover otherwise. And you’ll see not only the headlining indie acts you came for — Teenage Fanclub and Beirut —
but also some local groups who just might surprise you.