Our planet is an ever-changing place. Over time, entire ecological zones evaporate, continents move, oceans disappear, mountains erode. On the day-to-day, it seems like we can’t see these processes at work — but in a way, we can, by watching the weather do its thing.

Beyond rain, snow, hail, and wind, Earth is up to some pretty incredible — and some incredibly bizarre — work. Take a look, and then go find these wild phenomenons for yourself. 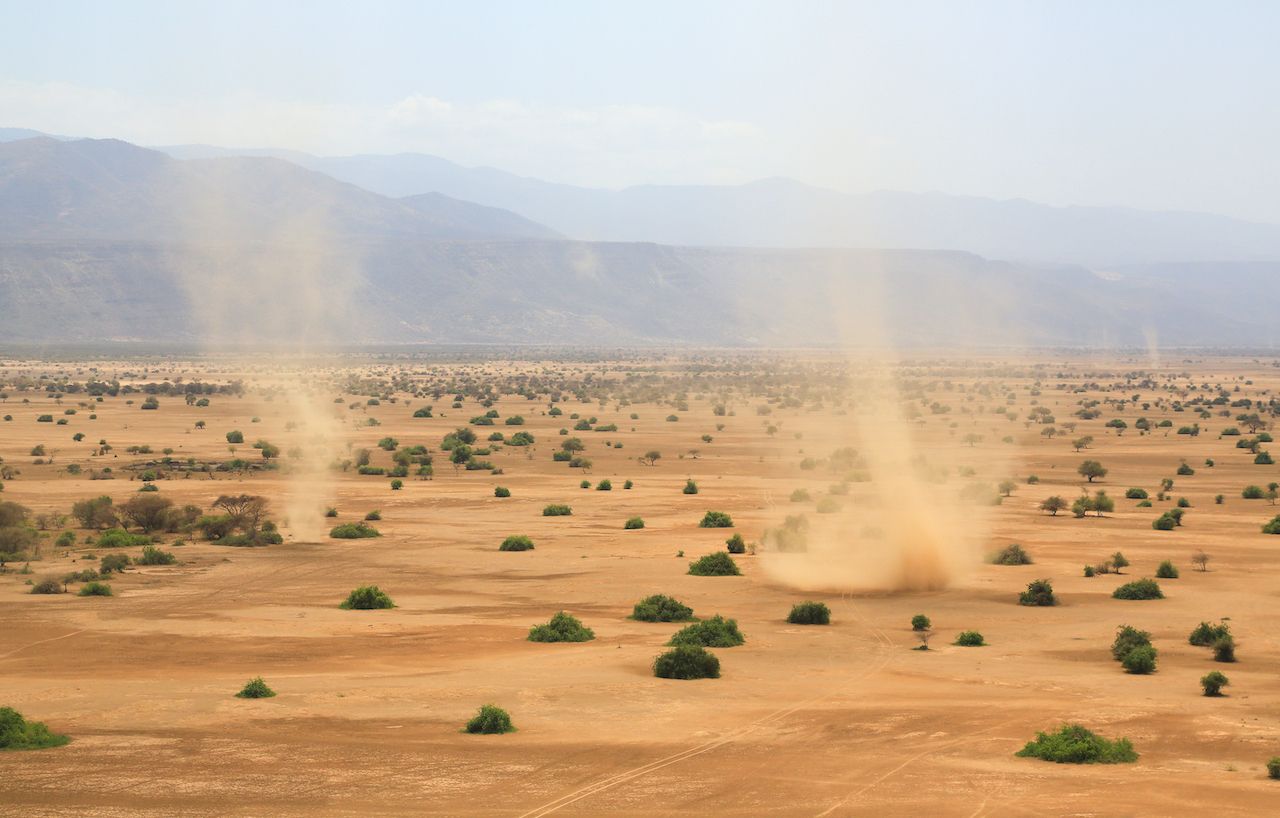 When the ground is practically boiling hot, cooler air gets pushed up. Throw in some high winds, and you’ve got “dust devils,” little dust vortexes whirling from the ground up. They usually only last a few minutes, and they can range from a few feet tall to a few hundred. They’ll whip up whatever’s on the ground — usually dust, dirt, and weeds. Note: This can happen with fire, too. Then it’s called “fire whirls.”

Where to spot them: Anywhere that’s arid and dry. Think Nevada, Texas, or Kenya. 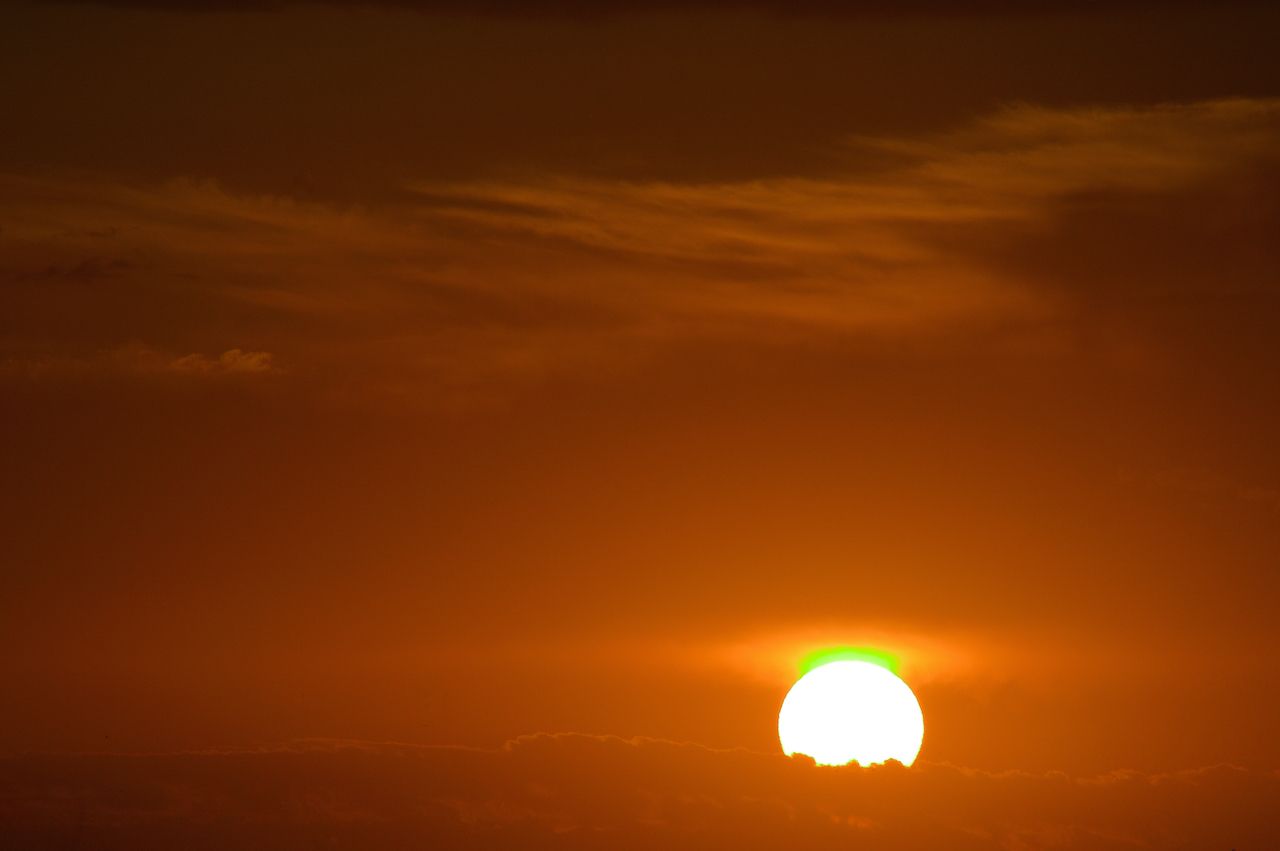 Light from the sun can do a lot of wild things, one of which is flash green — but just for an instant. And in this scenario, approximately two seconds.

It happens just as the sun is barely above (or below) the horizon — this is when the light is most refracted. Water vapor easily absorbs yellow and orange, and air molecules scatter violet light, leaving your eyes to take in blues and greens. The top rim of the sun doesn’t actually flash green — it’s an optical illusion.

Where to spot it: Anywhere on a clear day with a distant horizon, though west-facing beaches in Florida or Hawaii are a great bet for sunset. 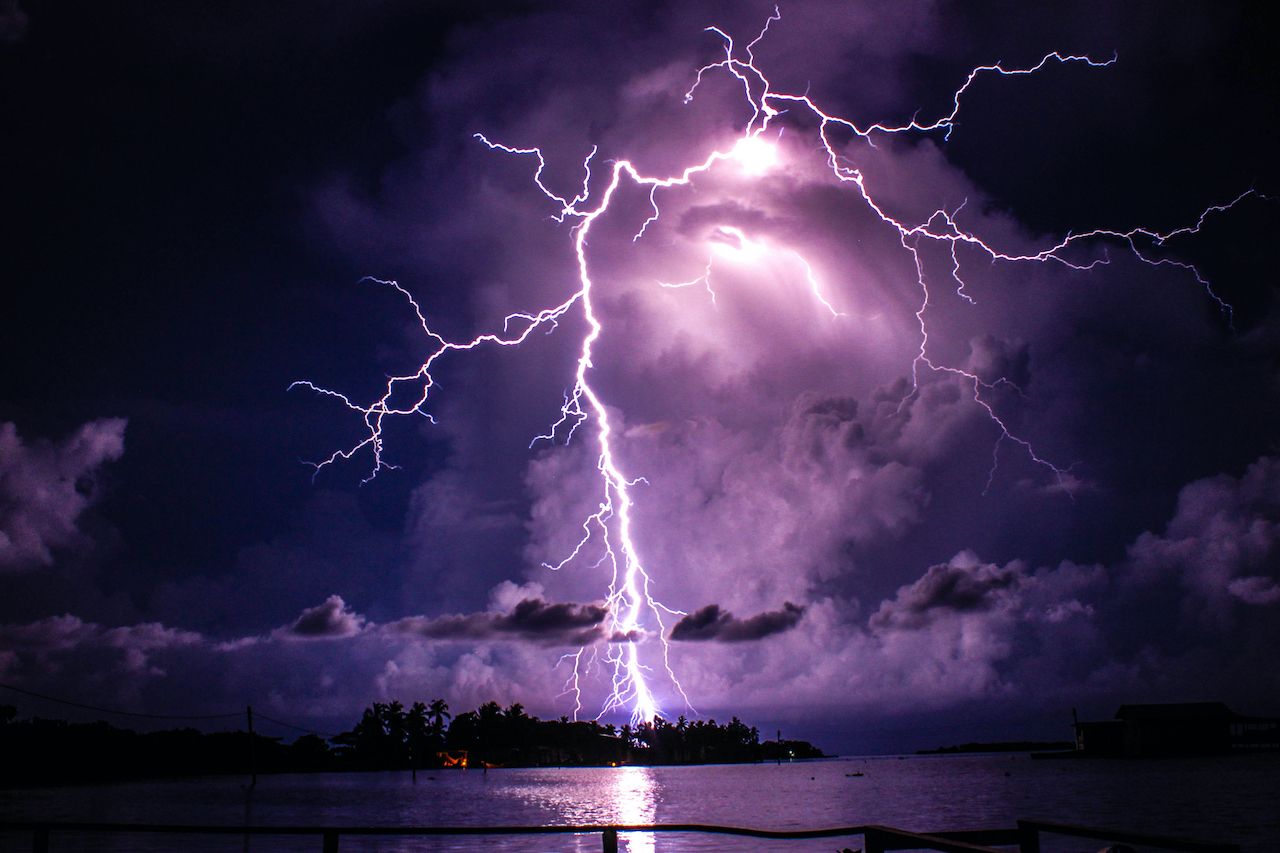 Named after the phenomenon that strikes above the spot where the Catatumbo River empties into Lake Maracaibo, Catatumbo lightning is the result of a perfect setup: the lake, the river, the adjacent plains that collect heat and moisture, and methane gas rising from nearby bogs. It strikes most nights of the year for up to 10 hours at a time and regularly up to 280 times per hour. This world-famous lightning storm is so reliable (and visible from 250 miles away!) that it’s even been used for navigation.

Where to spot it: Only in Venezuela, at the mouth of the Catatumbo River. It’s known as the “most electric place on Earth.” 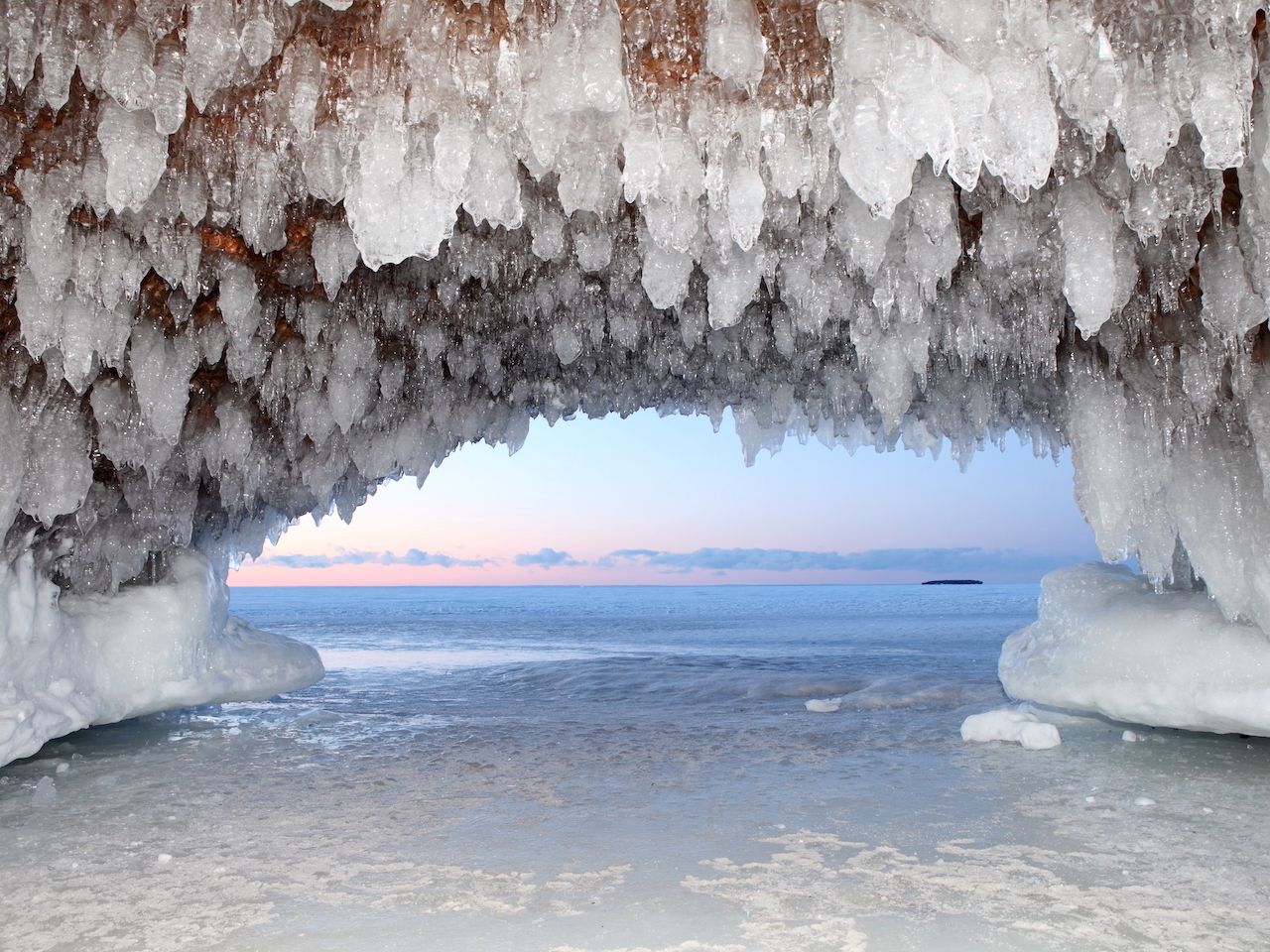 Take a gigantic lake, sea, or bay, carve out some sea caves on the coast, and then freeze everything, and you’ve got a chance at ice caves. Before everything freezes over, water laps, seeps, and drips from all surfaces, and if conditions are perfect enough, ice takes over the rocks on all sides. A blip of slightly warmer weather or strong winds can undo the ice, though, making these a fragile phenomenon despite any routinely harsh winter.

Where to find them: A known spot is Apostle Islands National Lakeshore in Wisconsin. It’s a two-mile hike in the dead of winter, though, so know what you’re in for. 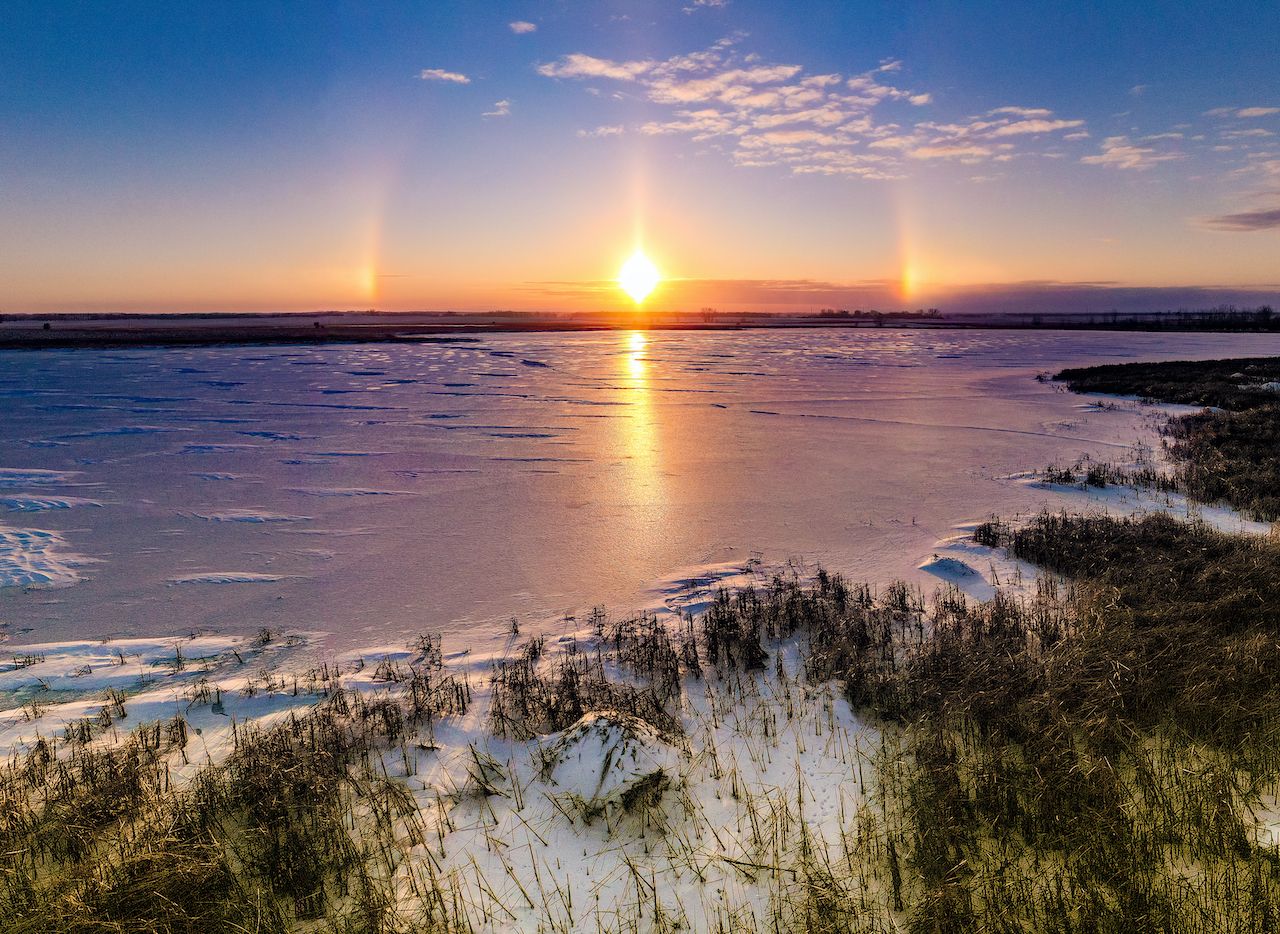 In January 2019 — when the polar vortex hit — you could see sundogs all across the Midwest and Northeast of the United States. Milwaukee, for example, hit -21 degrees Fahrenheit (-40 degrees with wind chill), a new record.

When it’s this cold, the sun is near the horizon, and cirrus clouds string through the sky, particles of sunlight get deflected by ice crystals, and a lit halo forms around the sun. When conditions are perfect, “mini suns” will flank the actual sun on either side, forming sundogs.

Where to spot them: Anywhere that’s ridiculously cold. 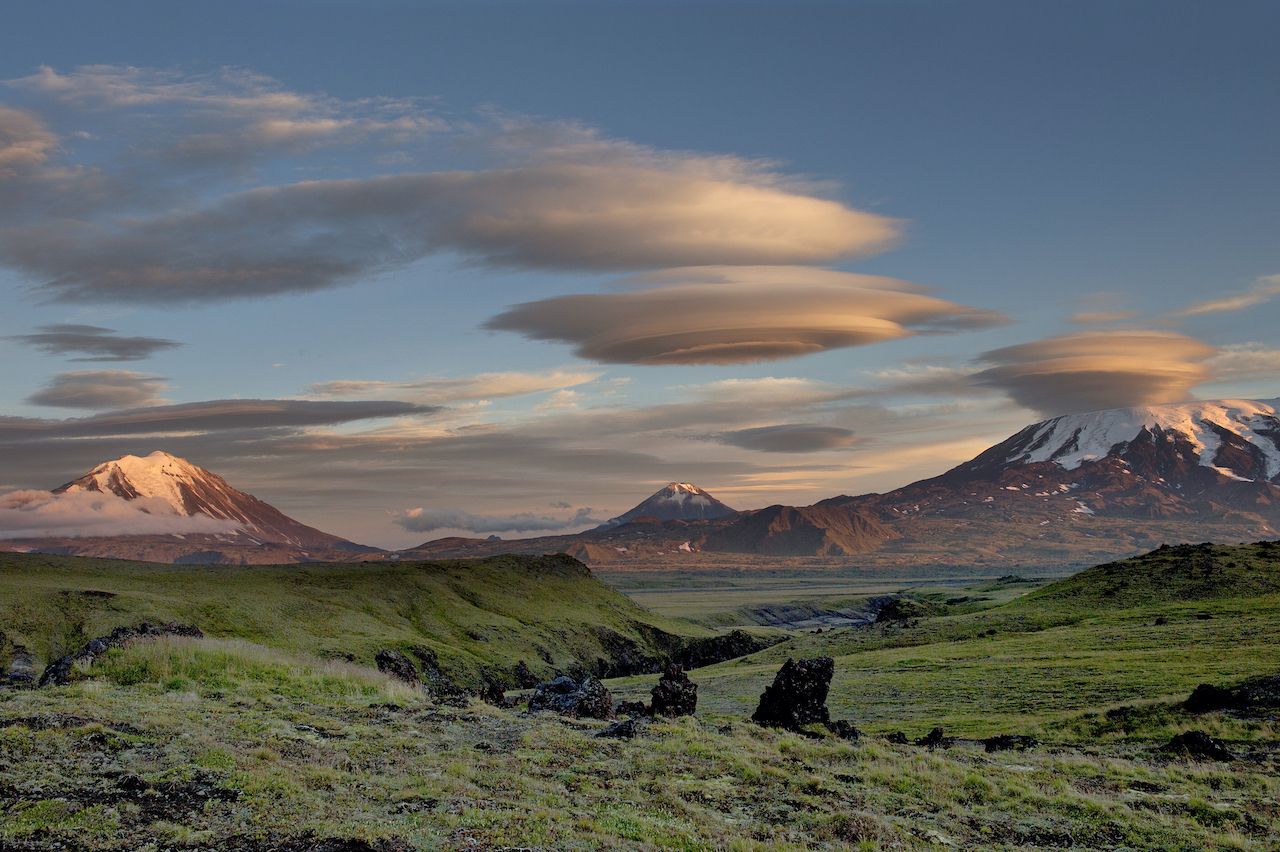 Nope, not a UFO. Lenticular clouds form on the downwind side of a mountain when moist air flows downward, drops below the dew point, and stabilizes — lenticular clouds don’t move. They can appear as one or stacked in a series, and though they seem calm, they’re known for producing turbulence. Pilots, avoid these.

Where to spot them: Near mountains, particularly on the downwind side. 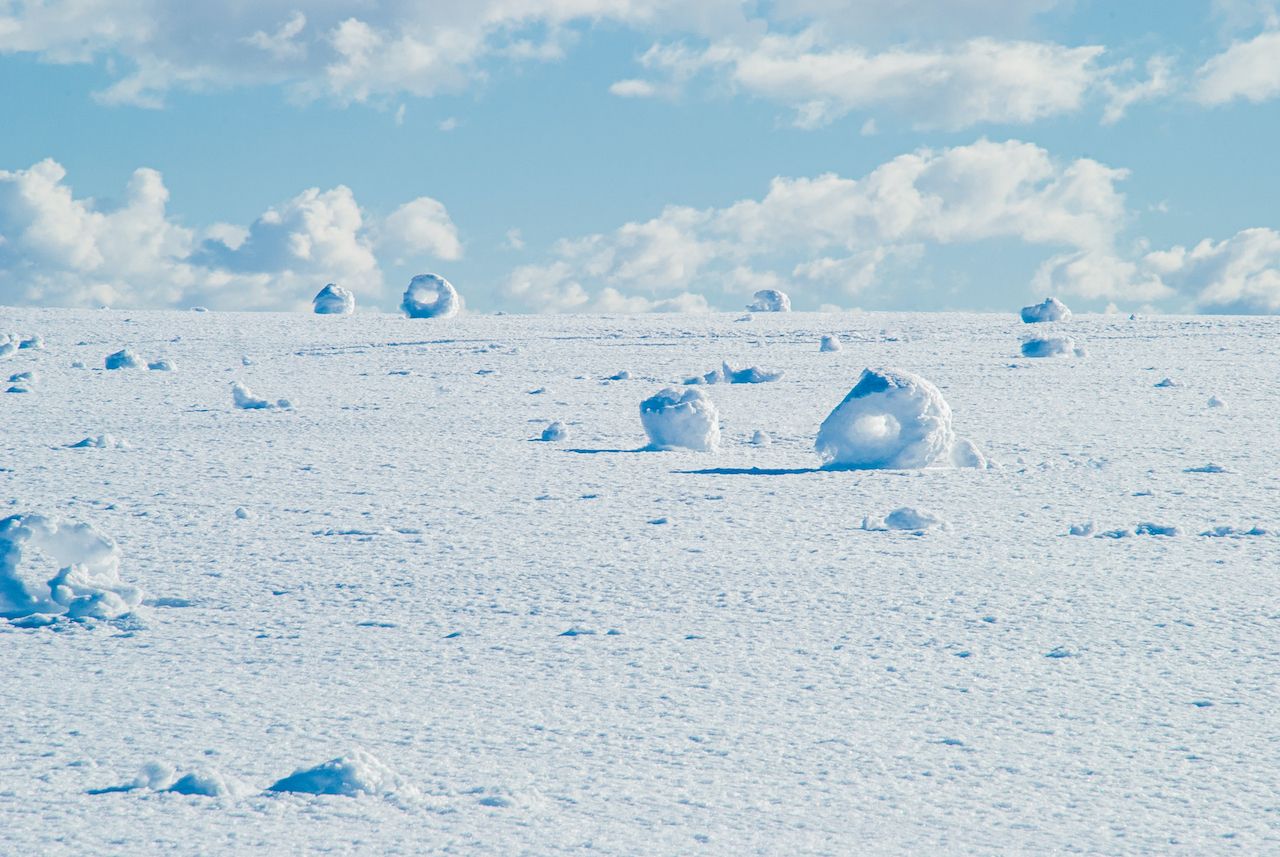 If there’s a layer of particularly wet snow on top of ice (or drier, powdery, colder snow) and enough wind, you may find yourself in a field of snow donuts. All it takes in these conditions is for a bit of snow to start rolling — and rolling and rolling — until eventually it stops and, at some point, the middle collapses. Voila, a snowball with no center: a snow donut.

Where to spot them: It sounds fairly simple, but snow donuts are a pretty rare phenomenon. They’ve been documented in Washington and the Midwest in the United States, and a few times in Northwestern Europe. 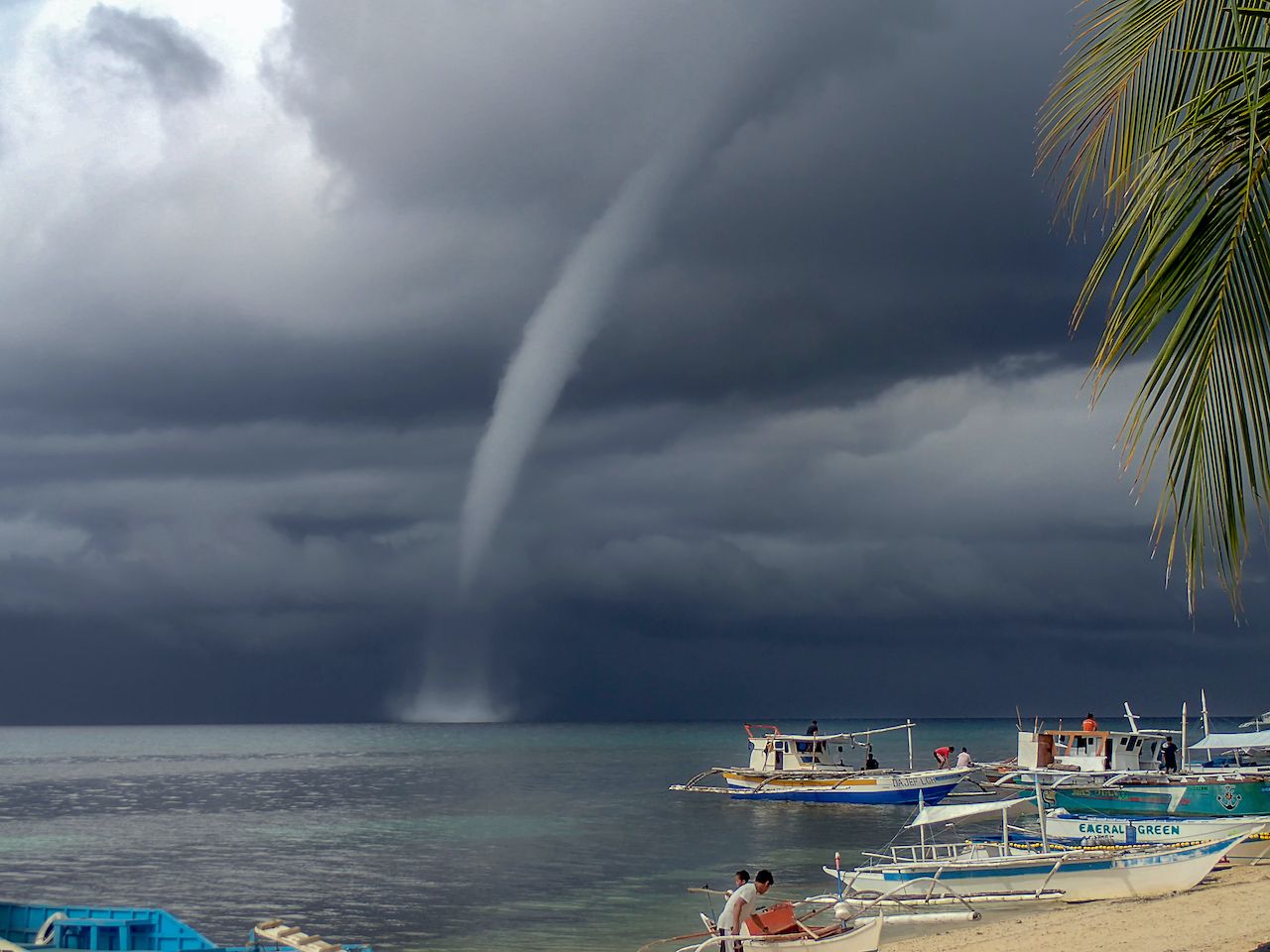 This is, essentially, a tornado that forms over water. These H2O vortexes bring with them high winds, hail, and lightning, but they are usually a bit weaker than their land-based counterparts — though they can still destroy boats and coral reefs. They usually dissipate before hitting solid ground.

Where to spot them: Anywhere there’s open water, though the Florida Keys are a notable spot. 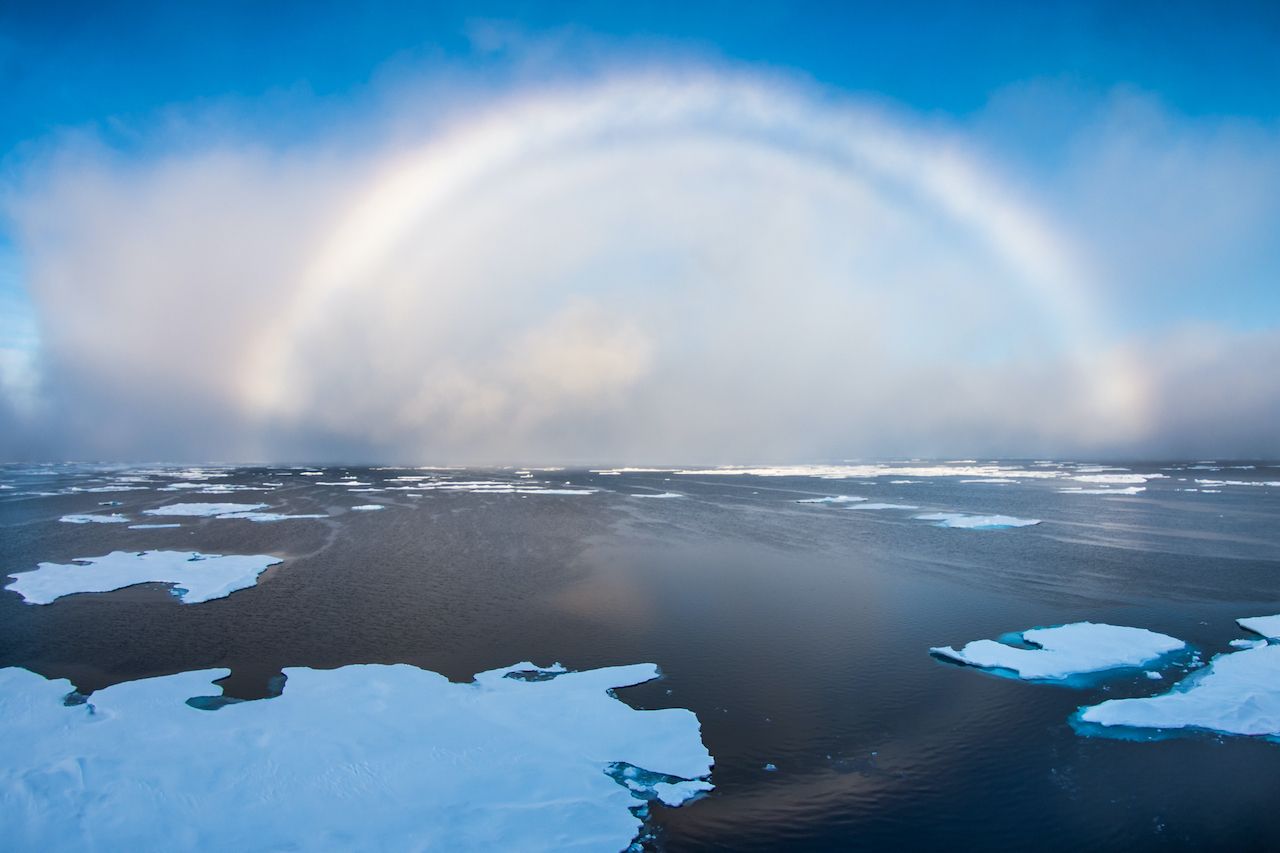 Technically, “white rainbows” are fogbows, forming in fog instead of rain. Fog is made of particularly tiny droplets, making for weaker colors as the sunlight passes through. When conditions are right, a foggy “rainbow” appears opposite the sun, just like a rainbow.

Where to spot them: Somewhere foggy — San Francisco, for example.

NewsThis Map Shows How To Stay in Perfect Weather All Year
Tagged
Outdoor
What did you think of this story?
Meh
Good
Awesome