While much of the world has a blanket term for those born between about 1981 and 2000 — Millenials — in South Africa, they have an unyielding line in 1994 stratifying them further: those born-free, or after the fall of Apartheid. Born-frees frequently have disparate and more progressive views than their generationally older counterparts, trending more toward the left politically, and are known for more holistically embracing South Africa’s diversity.

In the wake of the riots that plagued Johannesburg in 2019, born-frees became the face of South African anti-xenophobia, as they are already seen as the group that trends away from the anti-foreigner sentiments that are still prevalent in South Africa. Though many older South Africans share the younger generation’s views, born-frees, in particular, are expected to be vocal about decrying racism and othering. Unfortunately, these anti-xenophobic conversations were not the ones highlighted in the media, and as local news became international, would-be tourists and immigrants began to wonder if they should remove Johannesburg from their itineraries.

If you’re still concerned about visiting Johannesburg, here’s everything you need to know about the current state of affairs and the people striving hardest to change the world’s perception of South Africa.

What were the 2019 xenophobic attacks? 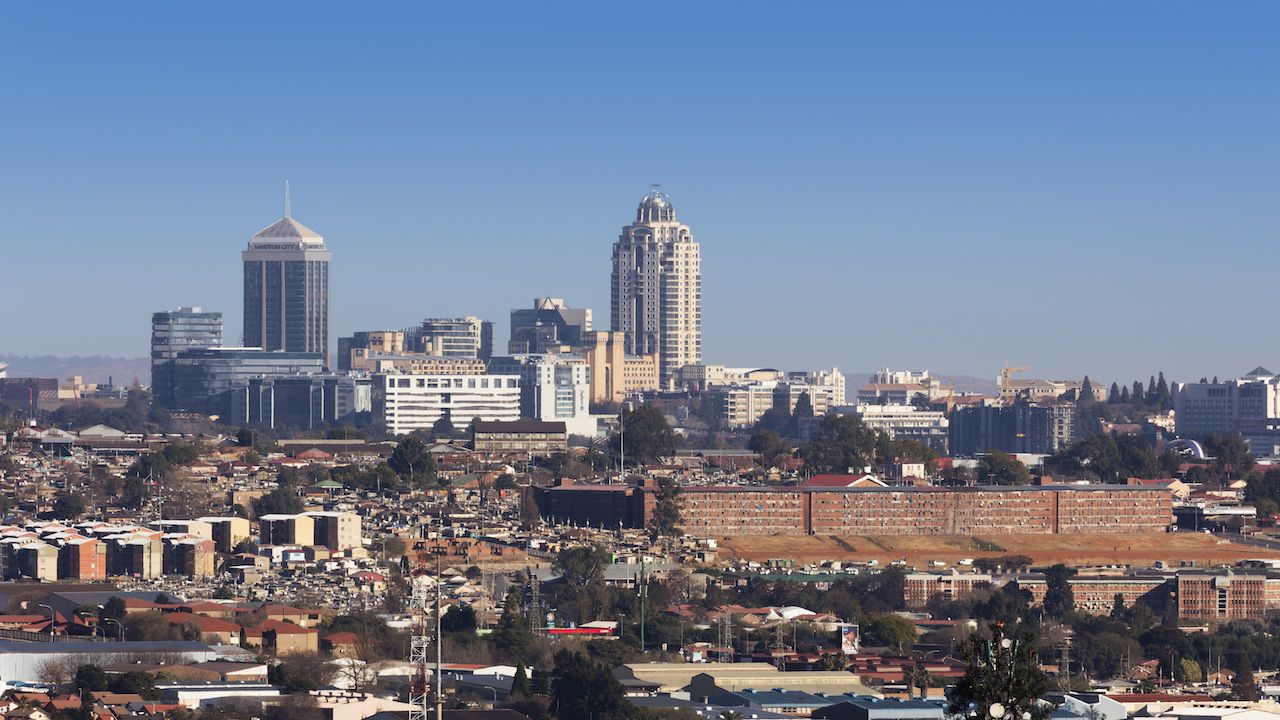 In Johannesburg, a men’s hostel is a far cry from a youth or travelers hostel. An Apartheid-era holdover, the tenement-style men’s hostels were built in specific, black-allowed locales to house the cheap laborers needed for the white economy. Now, 25 years after the fall of apartheid, many of them have been left to deteriorate though the numbers of residents have tripled. Though the Gauteng Provincial Government has been promising to relocate its residents and renovate the dilapidated tenements for 20 years, windows remain broken, electricity flickers on and off, and raw sewage leaks from their showers.

In late August 2019, a flyer began to appear, plastered to walls in Johannesburg men’s hostels. For those tired of the squalid conditions and empty promises supplied by their government, the flyer indicated some relief could be earned with a labor shutdown scheduled for September 2 and ended with the incendiary cry, translated from isiZulu: “ENOUGH IS ENOUGH, ON SELLING OF DRUGS, ON PROPERTY THEFT, AND ON OUR WORK TAKEN BY FOREIGN NATIONALS.”

Sizathu Mkhize, who is the treasurer-general of Sisonke Peoples Forum of KwaMai-Mai Hostel who wrote and distributed the flyer, said of it, “Even in our letter we say that this is not xenophobia but the concrete truth.” But in a clear misunderstanding of what xenophobia is, he continued, “When we wrote that letter we were calling for people to peacefully take back their country; go to the streets and [get the] government to do something about the criminals from outside the country who have taken over our country.”
Unfortunately, when a building on Karl Street in Jeppestown caught fire on the night of September 1, many in the nearby Wolhuter men’s hostel saw the blaze and assumed it was the beginning of what they had been promised by the flyer: the “South African Shutdown.”

Men poured from the hostels and took to the streets, but without organized leadership, looting started almost immediately. Shops were ransacked and hundreds of cars were lit on fire. The Johannesburg CBD was practically shuttered as shops closed fearing for their safety. People were attacked, killed, and burned. The violence continued for over a week, and as it spread throughout Gauteng and beyond, there was one central rallying cry: “Awahambe amakwerekwere, awabuyele emuva, or “Foreigners must go, they must go back.”

Collectively, the outbreak of violence in Johannesburg was dubbed the “2019 xenophobic attacks.” By the end of the unrest, almost 700 people had been arrested, numerous businesses had been burned to the ground, and at least seven people had died. 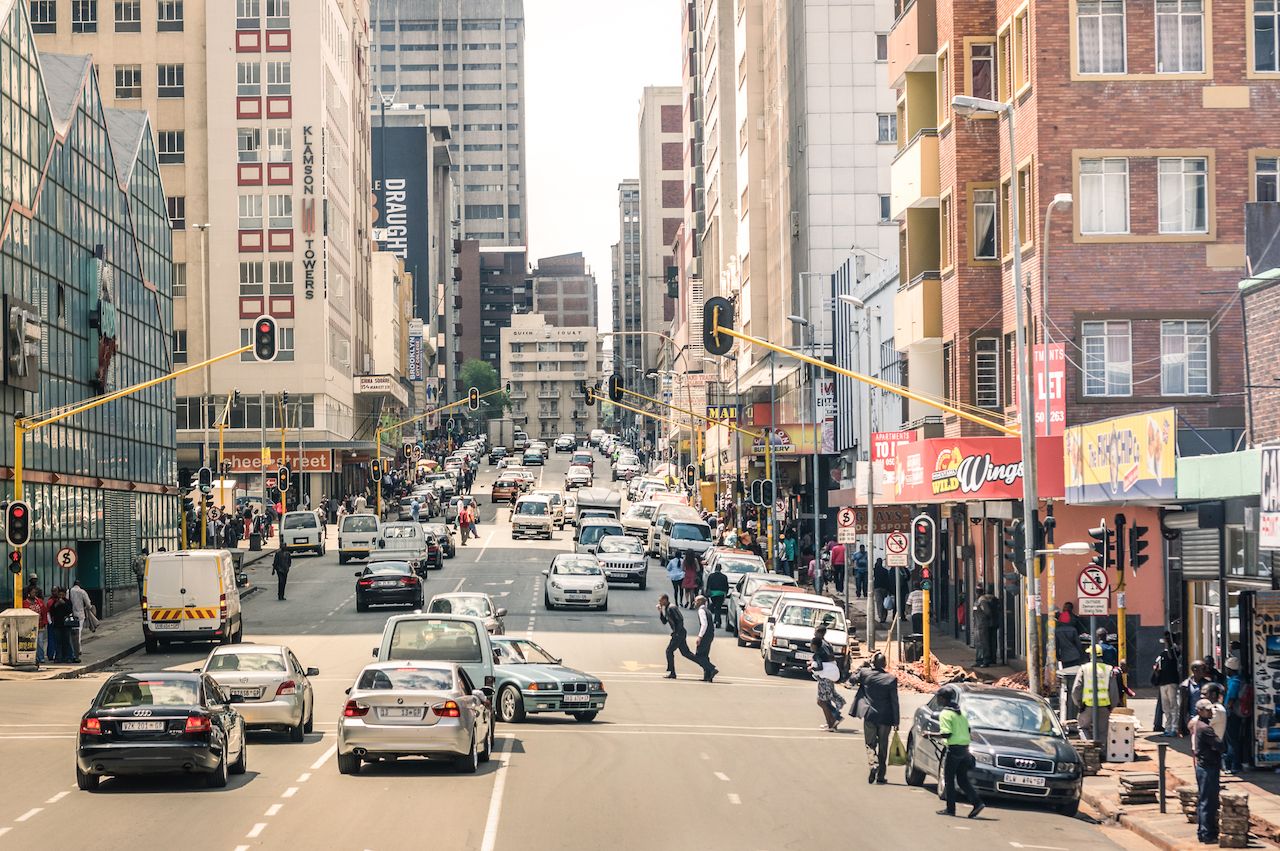 A lot, maybe most of the country is staunchly anti-xenophobic. Though they didn’t get much coverage internationally, several large protests occurred in Gauteng in the wake of September’s attacks, all denouncing xenophobia, violence, and femicide.

The largest of these was one organized by the People’s Coalition Against Xenophobia, an umbrella organization whose underwriters include civil service, migrant, and community organizations, as well as individual activists. On September 16, 2019, just days after the attacks, hundreds of anti-xenophobia activists marched through Braamfontein, their protest signs reading “We stand against xenophobia” and “Migrants are not a threat.” Their collective chant rang into the streets: Mayibuye iAfrika, or “Africa, may it return.”

“I am definitely not xenophobic,” says Thato Masilo, a native South African born-free who has worked in the hospitality industry in Johannesburg for two years, currently at the front desk of the 12 Decades Hotel, a boutique art hotel in Johannesburg’s Maboneng precinct, “and there are more here like me than there are like them.”

On September 3, minister of police Bheki Cele said to a crowd of Jeppe Hostel residents at a nearby recreational park “The main vehicle of this problem is criminality, and we are dealing with it as the police.” (At the time of publication, Cele is still the current minister of police, though he was fired from his previous position as the National Police Chief after his involvement in a nearly two billion rand real-estate scam involving government funds).

Masilo, and many other born-frees, disagrees.

“It’s not criminals, it’s poverty,” says Masilo. “Most of the crimes that we have here in Johannesburg — they’re petty crime. Like theft. But these people have had no opportunities, they are out of options. And the police are not the ones who protect us.” 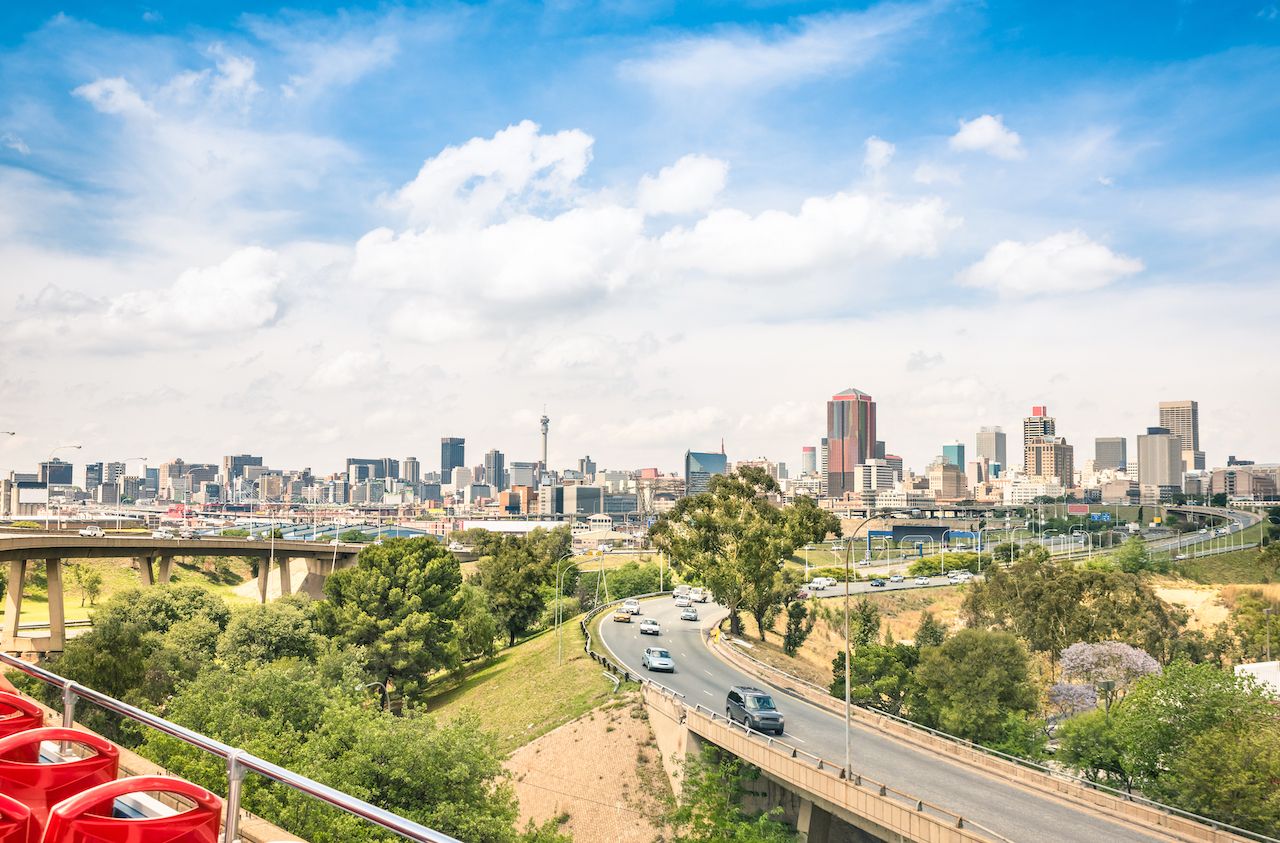 Like in many countries, police in Johannesburg are more adept at protecting property than people, which is why many businesses in the hospitality sector hire private security. A loose business association in Maboneng contributes to providing security guards within their properties and along a few blocks of Fox street that houses a large number of restaurants and bars so that tourists can be secure.

During the attacks, Masilo worked at a traveler’s hostel down the street from where he works now. He outlined the precautions they took to keep guests safe: The bar was closed, and only registered guests were allowed in or out through an electromagnetically locked gate. If there were enough staff available, they would escort guests to nearby stores or to an awaiting taxi.

“It was really bad,” he admits, recalling the events of the xenophobic attacks, “but it’s quite better now. It’s gone down. Everybody is back in business, as you can see,” he remarks, gesturing broadly about to the lobby of the hotel. “I just hope that we don’t go through that same scene in 2020, I mean, we have to move forward as people.”

While Masilo concedes that a repeat is possible, he thinks it unlikely in the near future, and assures me that 2019 has only better-prepared people like himself who work in hospitality. Their responses to possible conflict are now carefully honed; he and his cohort are now only better armed to keep their guests safe.

“Almost every guest that comes in now asks me, ‘How’s the neighborhood here?’ and ‘How’s the safety?’ Since September, everyone has been cautious,” Masilo says, shaking his head. But he realizes the responsibility that he has working at a hotel: When guests arrive, they may have concerns. “They need advice on where to go, when to go. Some people are still unsettled. But it’s our job to settle them in. That’s what we’re here for.” 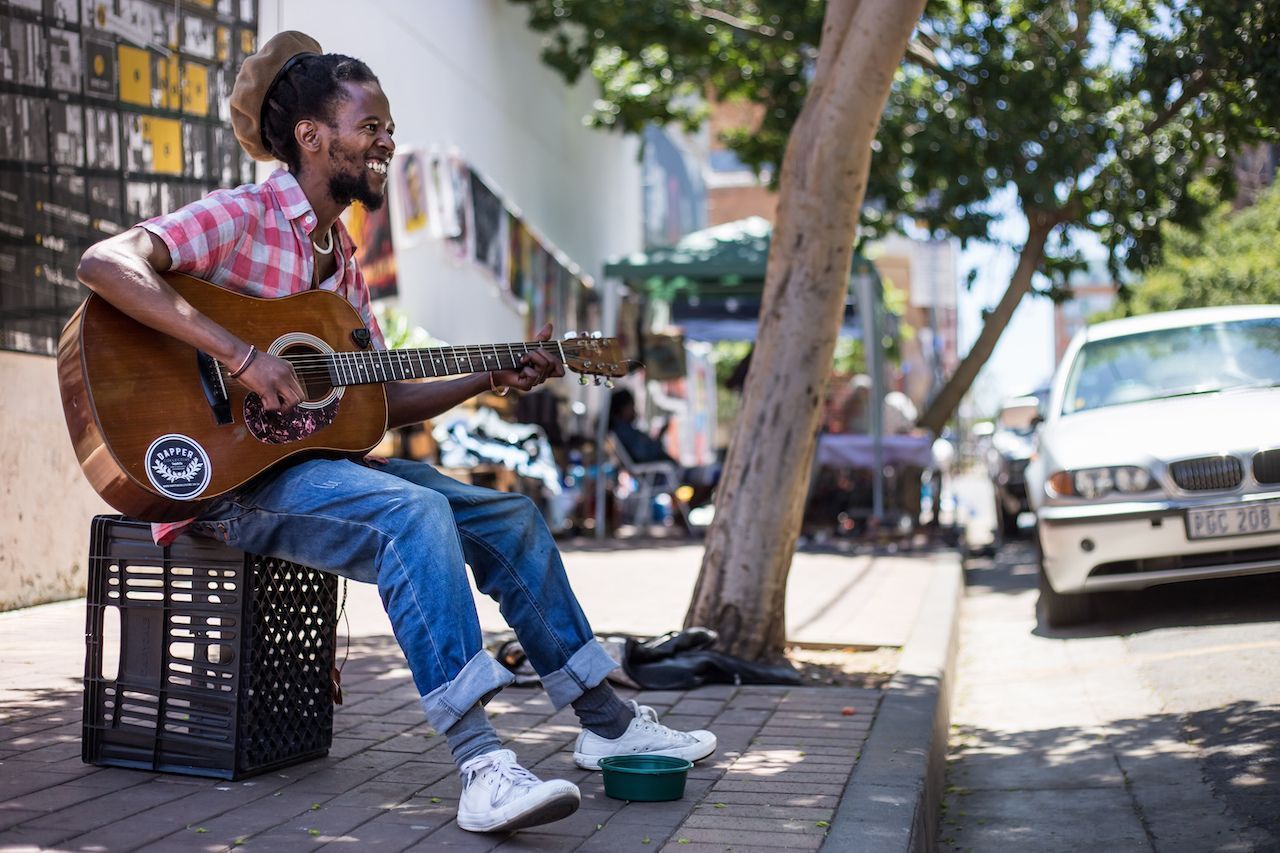 When asked if tourists should still come to Johannesburg, Masilo says, “Yes. definitely.” He continues, “I still want people to come and see what we have here in South Africa. I mean, what happened last September is not what’s happening [here] now. It’s not representative of what South Africa, and Johannesburg, is like.”

Mogotlane works at the United Nations World Food Programme as a Business Support Assistant to the Regional Director, where about 60 percent of its clients are immigrants. She has, unfortunately, become all too familiar with the sobering reality of what immigrants can face upon arriving in South Africa but is also optimistic about how the country is changing as the born-frees come of age.

“And if you want to stay? You can,” Mogotlane says. “We have a huge brain-drain in South Africa. People get an education, they see they’re not getting employed, and they leave. And then those skills are gone. But we welcome your skills in South Africa.”

What should you expect when visiting Johannesburg 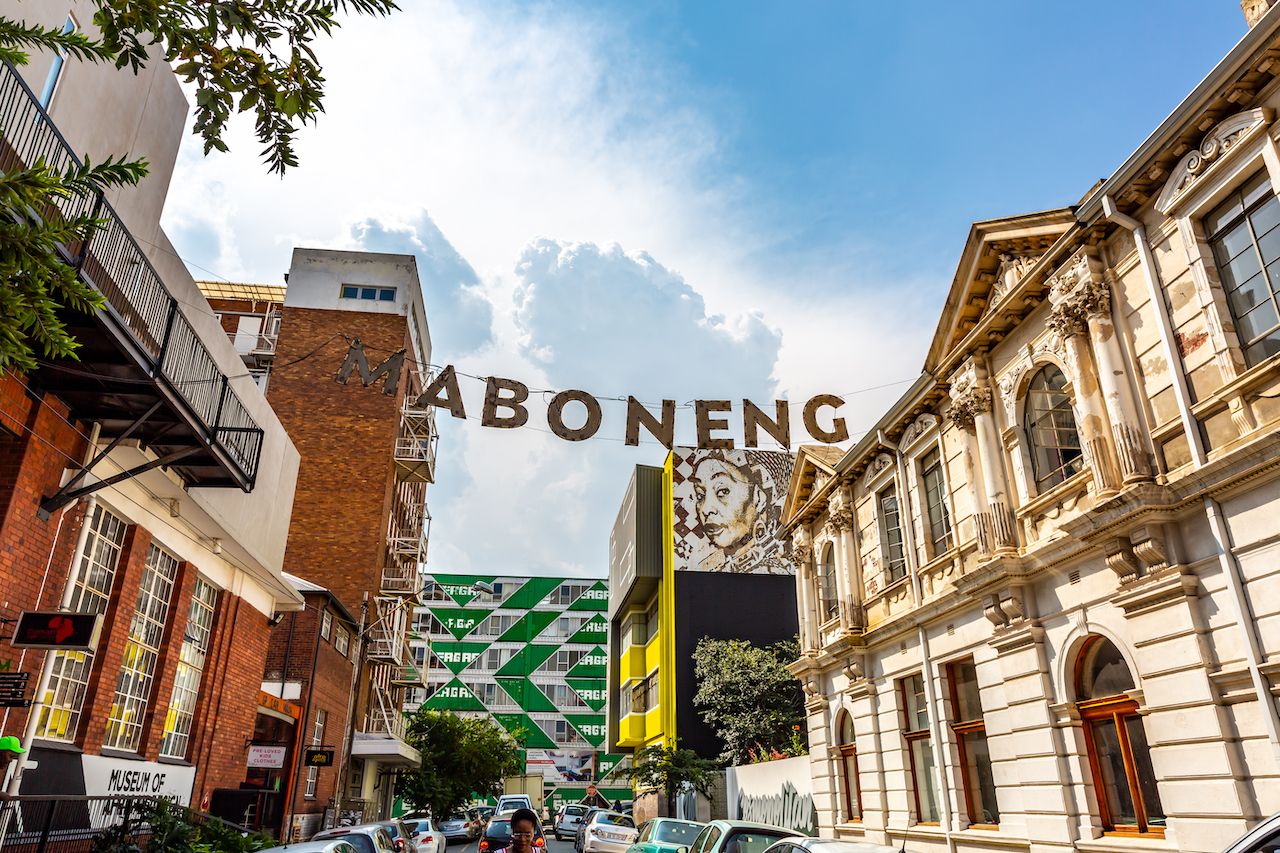 “In as much as we’ve experienced turmoil in our history, and we are a relatively new democracy, we are a kind people. There are people who will treat you genuinely, there are people who will open their homes to you, that will help you when you are in need,” Mogotlane explains, “and we have a great time. Everything is always a party. Even in struggle, we sing. We are a joyous nation, and you are welcome here.”

Even Manyathela Mvelase, an Induna supervisor/chief at Wolhuter hostel in Jeppe, thinks the Sisonke People’s Forum was, at the very least, irresponsible in their use of language on the flyer. “Real leaders use the truth to lead,” Mvelase said, “The people who wrote that letter must stop hiding behind the scenes. They must come out and take responsibility for helping incite the violence.”

If you’re looking to educate yourself more on the history and current social state in South Africa before visiting, Mogotlane suggests “reading genuine South African Literature by South African authors, that way you can have a richer understanding of where South Africa comes from. Like the different freedom fighters, the people behind the scenes [of the anti-apartheid movement], all of those characters that weren’t highlighted in mainstream history.”

Mogotlane’s personal suggestion is The Yearning, by Mohale Mashigo. When you’ve sped through that one, Mashigo, a South African author, conveniently has recommendations of her own.

You can find all of these titles at Bridge Books online, or even better, in person once you make it to Johannesburg. They also host events you may be interested in, and even an Underground Booksellers of Johannesburg tour, where visitors can be led to all the secret booksellers in Johannesburg’s Literary District.

You Can Bungee Jump Off of Johannesburg’s Iconic, 33-Story Orlando Towers