There are some very unusual hotels out there, but few beat the hotel concept created by the Turkish Hayri Atak Architectural Design Studio.

The studio is proposing a boutique hotel that would be built against the famous Preikestolen, one of Norway’s most famous natural cliffs, and sit 1,982 feet in the air. 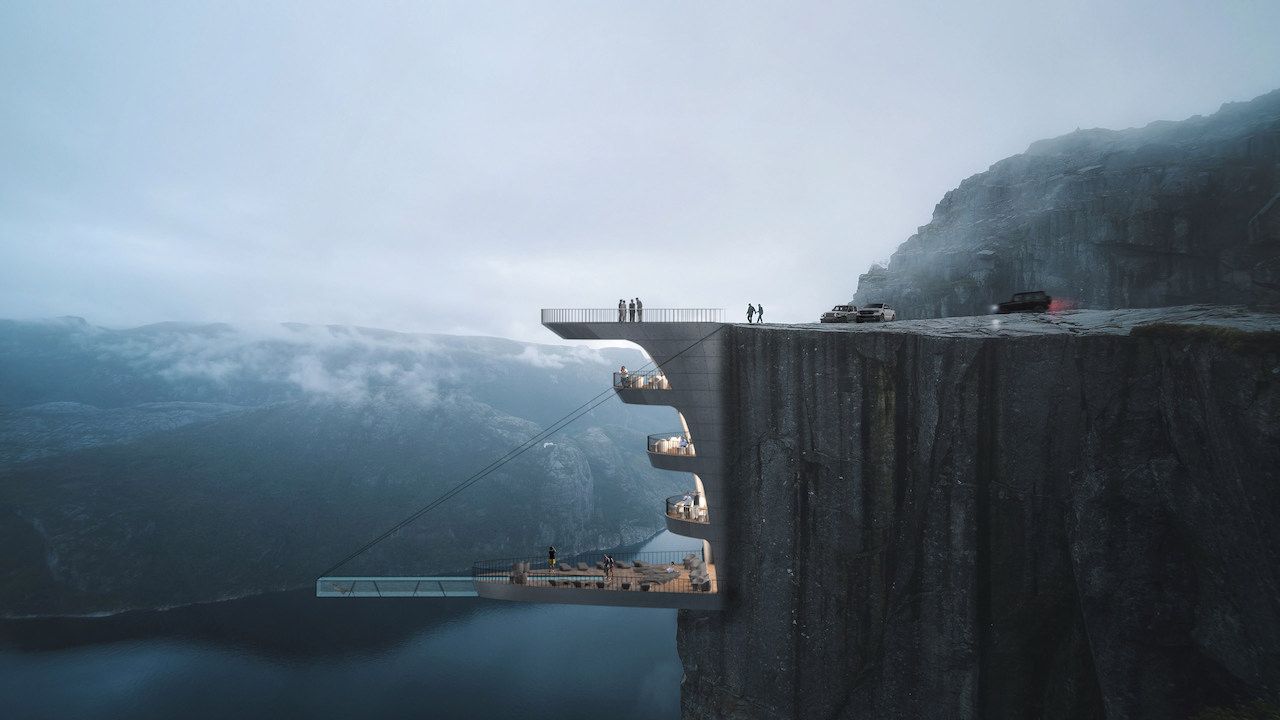 The proposed hotel design calls for a series of frightening curved balconies on several levels, a viewing platform on the top deck, and an insane floating, outdoor swimming pool. As a guest, you would have unobstructed views of Lysefjord — and probably a serious case of dizziness. 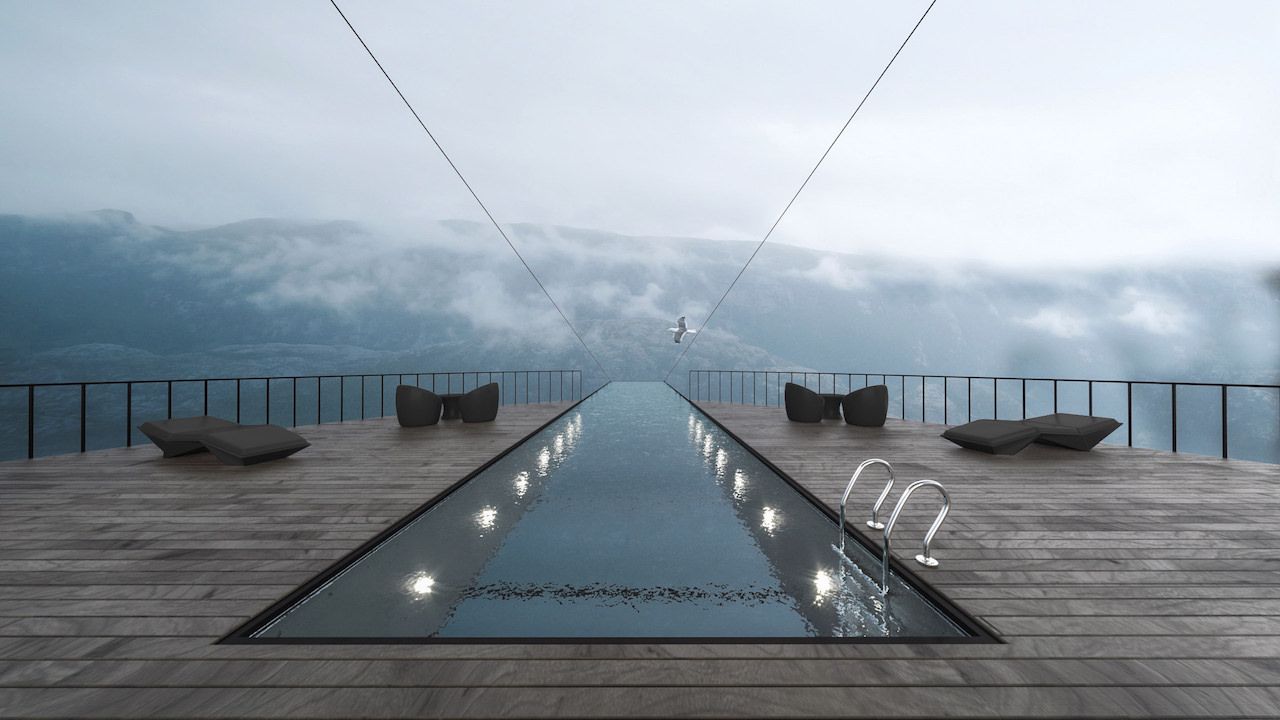 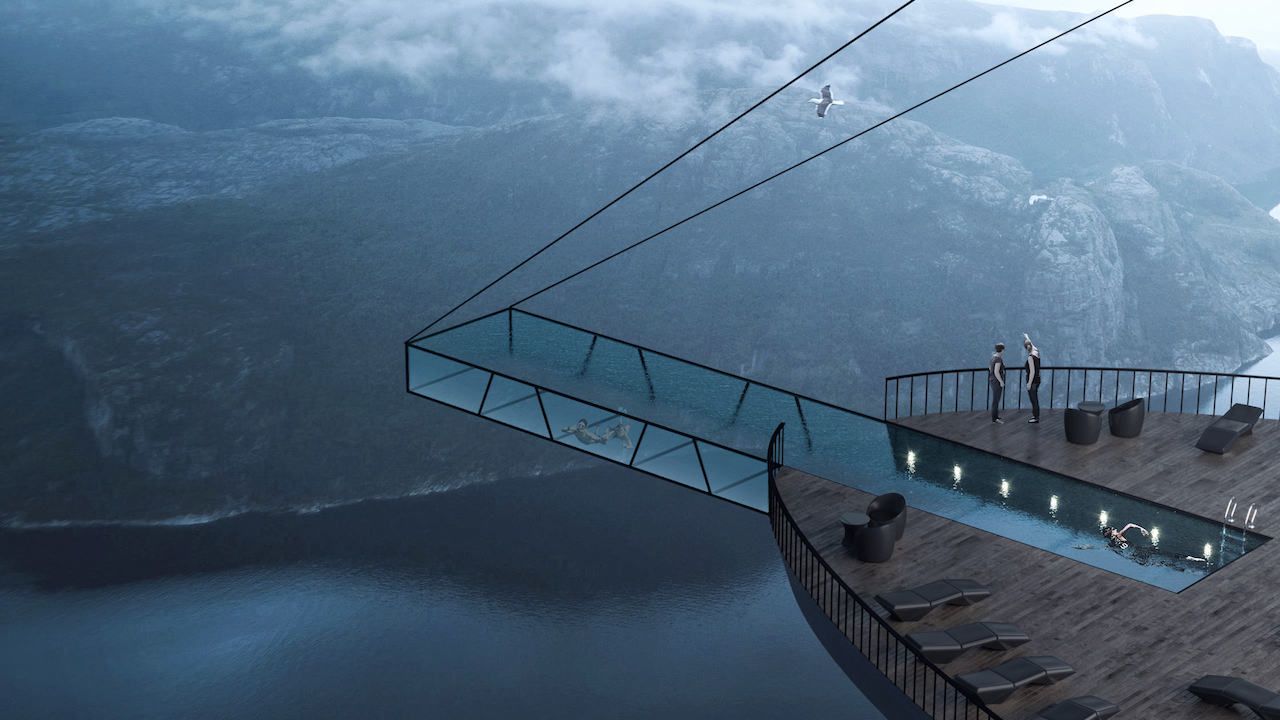 The hotel is only a concept and even if it looks cool, we hope it remains just that — the beauty of Preikestolen lies in its remoteness (it’s a four-hour hike that can only be done between May and October) and gorgeous wilderness.