Walking a mile in someone’s shoes is supposed to give you greater insight into their character. Walking 50 miles in Simon Beck’s shoes will turn you into a snow artist. Beck, an artist from Somerset, England, walked over 50 miles in circles using snowshoes to create eight detailed designs in the snow around Silverthorne, Colorado. The designs are inspired by snowflakes, crop circles, and mathematical fractals, and are most clearly viewed from above. 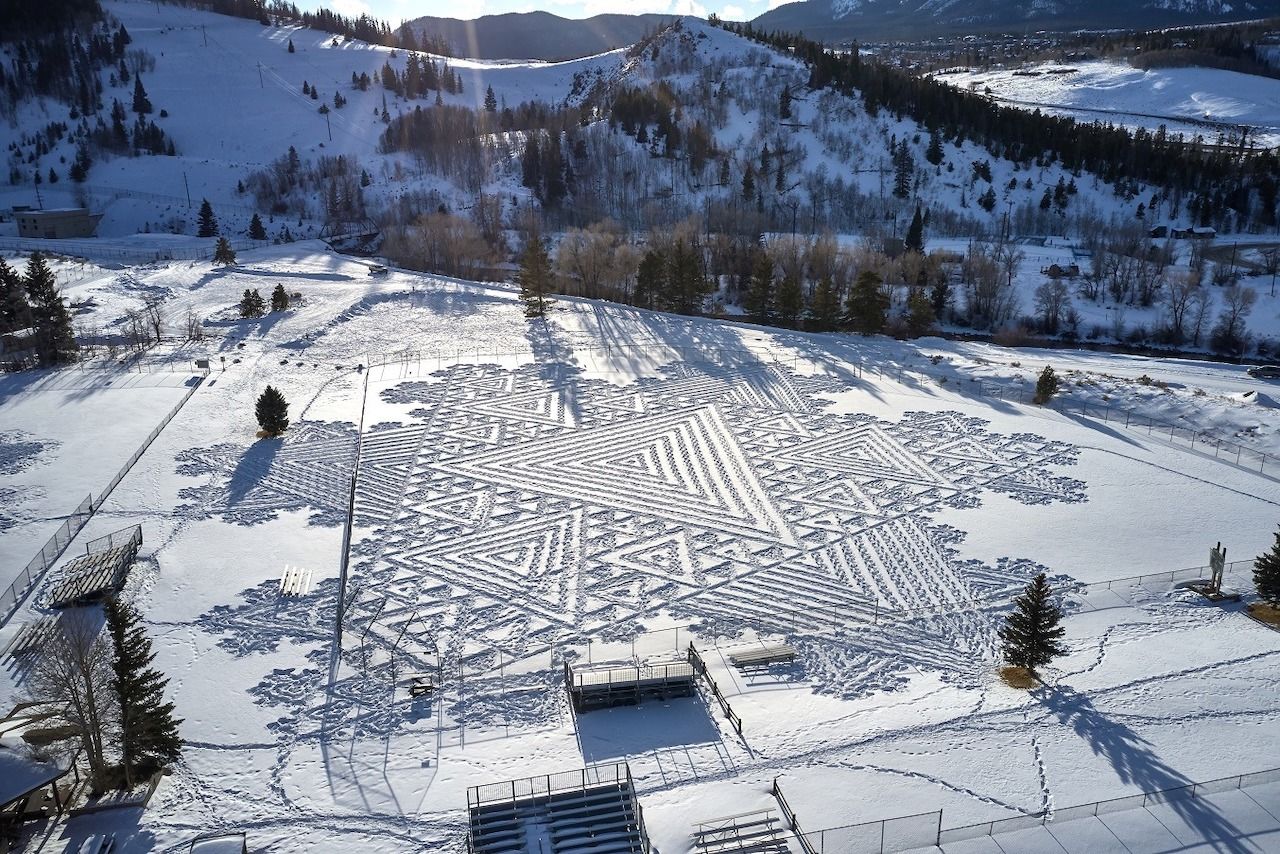 The 61-year-old artist is best known for creating large geometric snow designs in the Alps, as well as on sand with his feet, and flew to Colorado to work on a slightly different canvas. 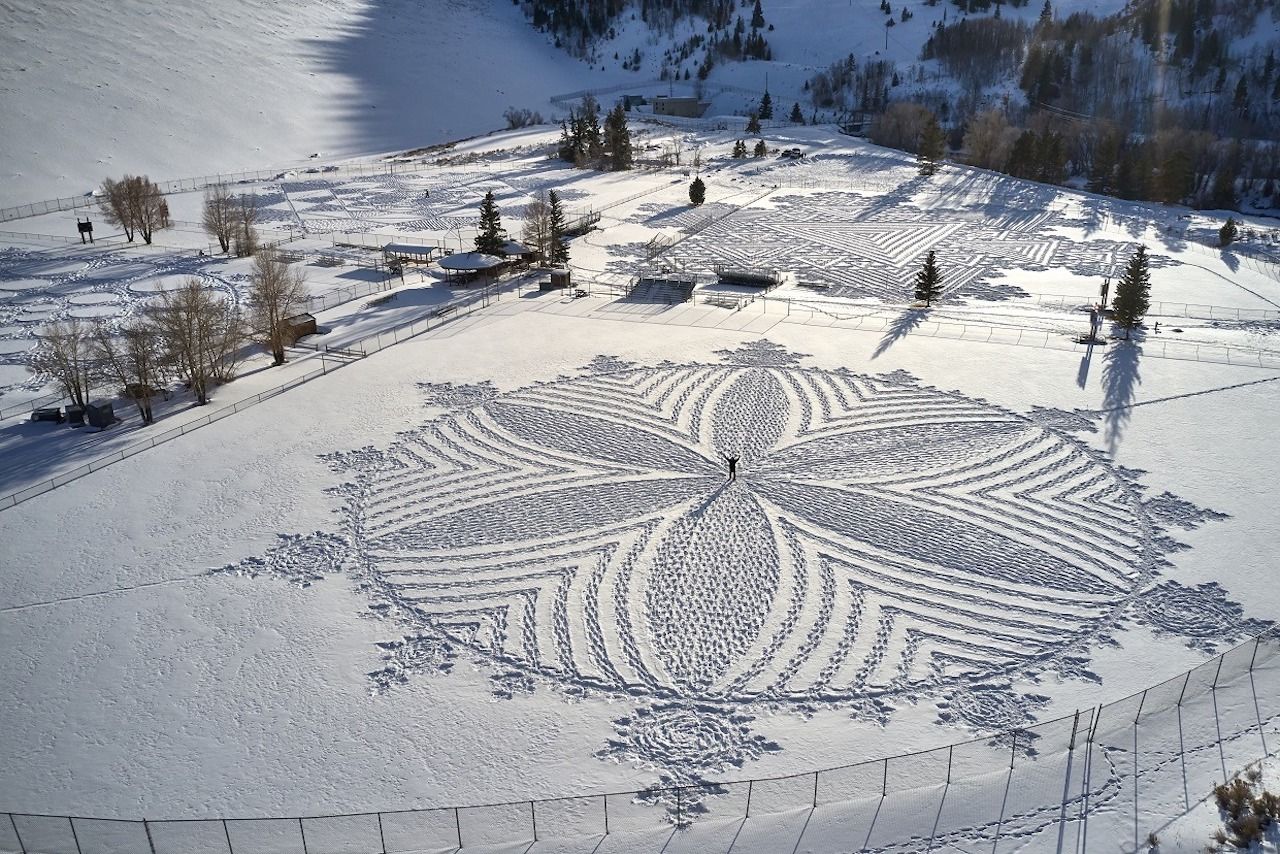 Despite having a handful of volunteers assisting him, the light snow, along with high winds, made the task difficult. One of his drawings was entirely erased during the process.

“[…] all the drawings were damaged to an extent by the wind. A quarter of my time was spent reinstating work I had done earlier, ” Beck said to the BBC. 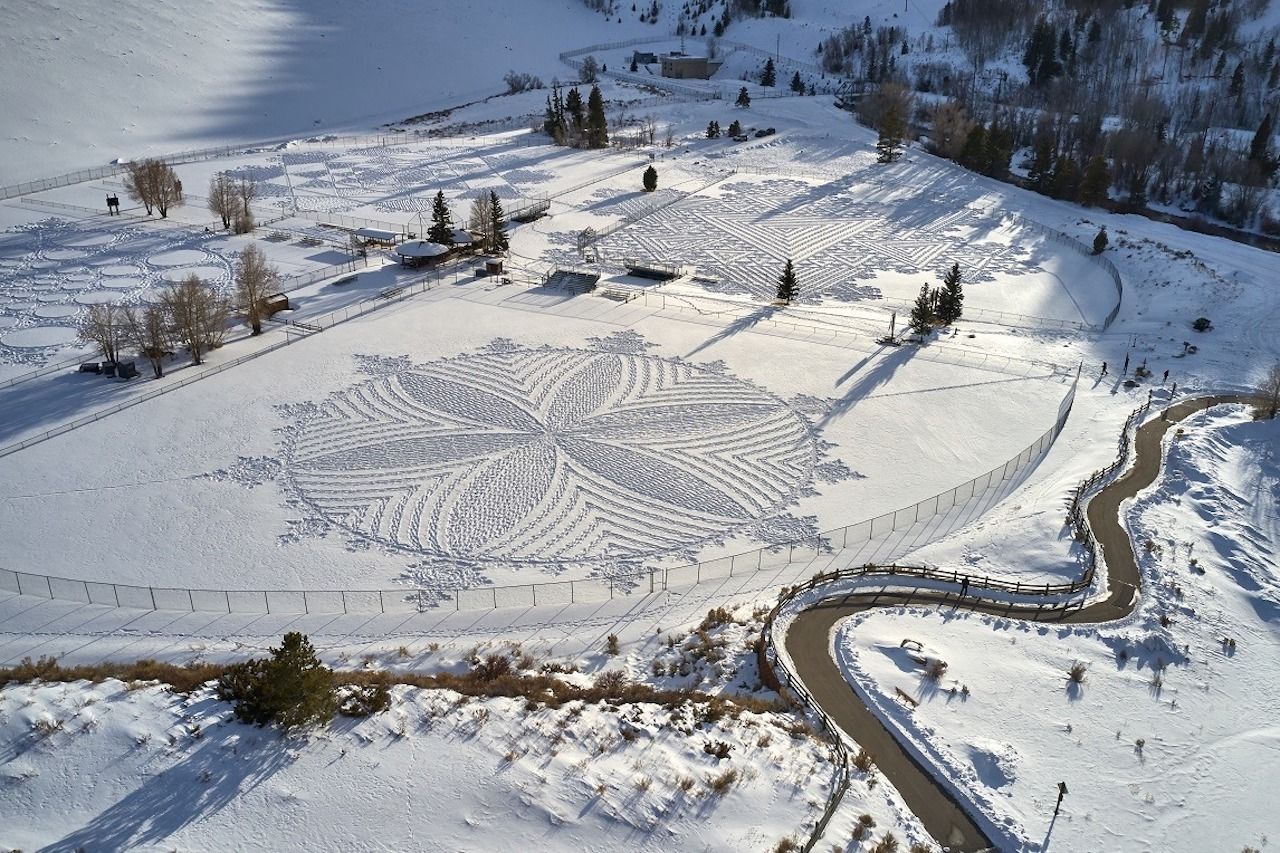 During his time in Colorado, Beck created eight snow designs in parks, baseball diamonds, and by lakeshores.