Everyone dreams of the ultimate road trip across the US, but that’s like driving with training wheels compared to the recent adventure of filmmaker Remi Bumstead and producer Alexandra Zeitlin. They drove a bus all the way from London to The Gambia in West Africa, passing through nearly 10 countries across two continents. It might sound like a reckless journey conceived by unrealistic optimists, but there was a charitable bedrock to Remi’s quest that made it far more meaningful than a typical road trip.

A few years prior, Remi had been in The Gambia shooting a video about the life of deaf children in the country, and he learned that deaf kids in rural areas have difficulty getting to the special-needs school, which isn’t easily accessible by foot. That’s when he realized a bus could change everything. “So I thought, why don’t we fundraise to get a bus?” Remi told the No Blackout Dates podcast. “We’ll drive it here, and we can use the whole process to raise awareness about KADECT (Kashmir and African Deaf Children’s Trust).”

KADECT’s mission is to set up and run schools for deaf children in underprivileged areas, including paying teacher’s salaries and providing school resources, uniforms, and food. After three years, the local government assumes these responsibilities.

After years of fundraising, finding a reliable bus (named the Janga Bus) in Germany, and cramming the bus with toys and supplies for school children, Remi and Alex set off from London. “In truth,” he says, “we had no idea what we were getting into.” 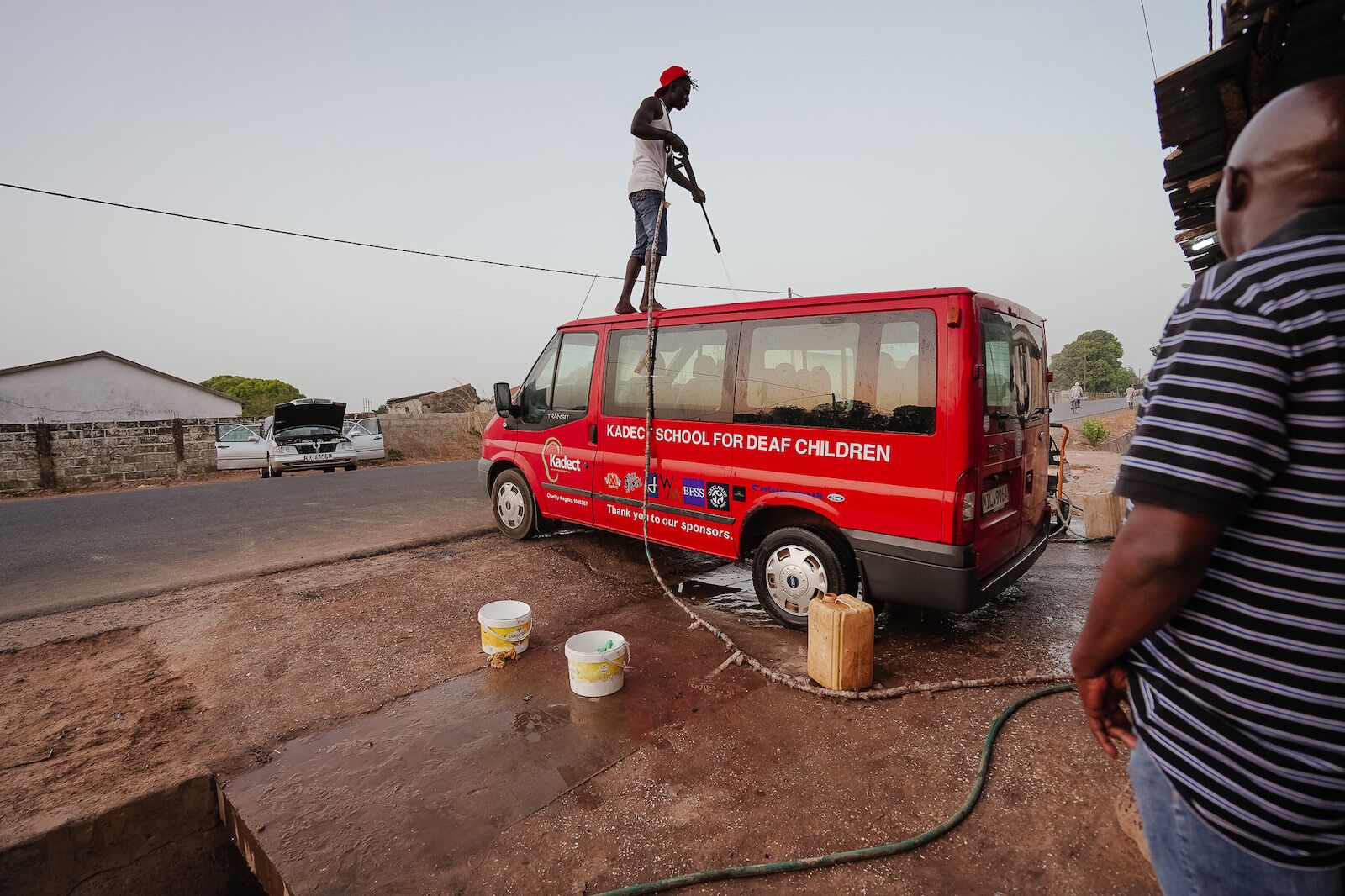 They took the ferry from Dover, UK, into Calais, France, drove through France and over the Pyrenees mountains, through Spain to Tangier, Morocco, over the Atlas Mountains to the Moroccan desert, into the Western Sahara, through Mauritania, down into Senegal, and through Senegal before finally reaching The Gambia.

“A lot of the borders could be pretty tricky,” he says. “Going through Europe was easy, but the Moroccan border was our first challenge. You’re not allowed to import stuff, and our bus was full of gifts and school supplies. And in many countries, journalists aren’t allowed and always get deported. With all my camera gear, that was a very real possibility.”

As it turns out, though, driving a bus from London to The Gambia with a huge “KADECT School for Deaf Children” sign on it gets you a bit of a free pass at otherwise sketchy border crossings.

“At many borders,” he says, “they were like, ‘ah, you’re doing a charity thing. Alright, we won’t check you as hard.’” 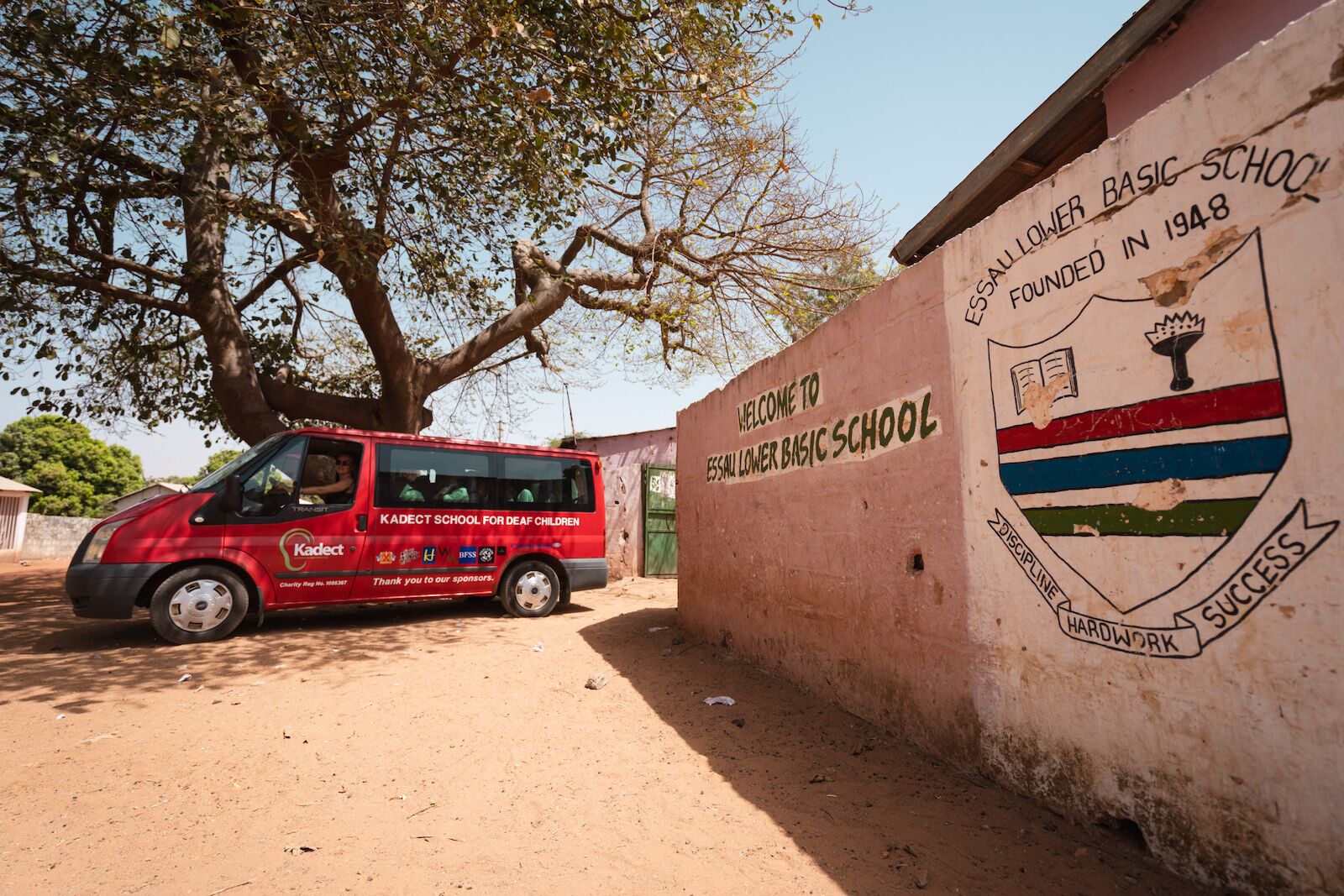 Despite some figurative and literal bumps on the bus and nerve-racking incidents along the way, Remi and Alex successfully delivered the Janga Bus. Now, the bus serves as a local school bus so more children can access education, and Remi and Alex made a film about the journey to raise further awareness of the challenges deaf children face in The Gambia.

TravelI Traveled To South Africa During Omicron. This Is What It Was Like.
Tagged
Documentaries Road Trips
What did you think of this story?
Meh
Good
Awesome