Downtown Napa’s streets are filled with winery tasting rooms. Amid all the wine is a tasting room that opened during the pandemic with a different focus: the California Brandy House. Inside, live-edge Redwood tables, grapevine wallpaper, velvet booths, and a cross section of an old Redwood tree hanging from the wall make for an aesthetic setting to explore the other, stronger, side of California wine country.

California’s famous vineyards aren’t just for wine, after all. A handful of brands are showcasing how local grapes can make world-class brandy in addition to some of the best wine in the world. And at the California Brandy House, guests can go full circle and learn about how the state has a long history of brandy distilling.

California brandy makes sense from a big picture perspective. Great brandy takes great grapes, and few regions in the world can grow grapes like California. The very first California brandies were made by Catholic missionaries who started missions along the coast in the 1700s. In what is now San Diego, spirits were made from mission grapes that was largely used to fortify church wine.

Production in the San Joaquin Valley, just inland from San Francisco, started to rise exponentially decade over decade starting in 1865 in the wake of the gold rush. By 1890, a million gallons of brandy were reportedly made in California, according to a presentation by the late UC Davis brandy researcher James F. Guymon.

Even one of California’s most prestigious universities can trace its roots back to brandy: Leland Stanford had some 3,000 vineyard acres north of the Sacramento Valley in 1888, and in a few short years he was making 20 percent of all California brandy. Ownership passed to the university after his death, and wine and brandy continued to be made there until 1916. 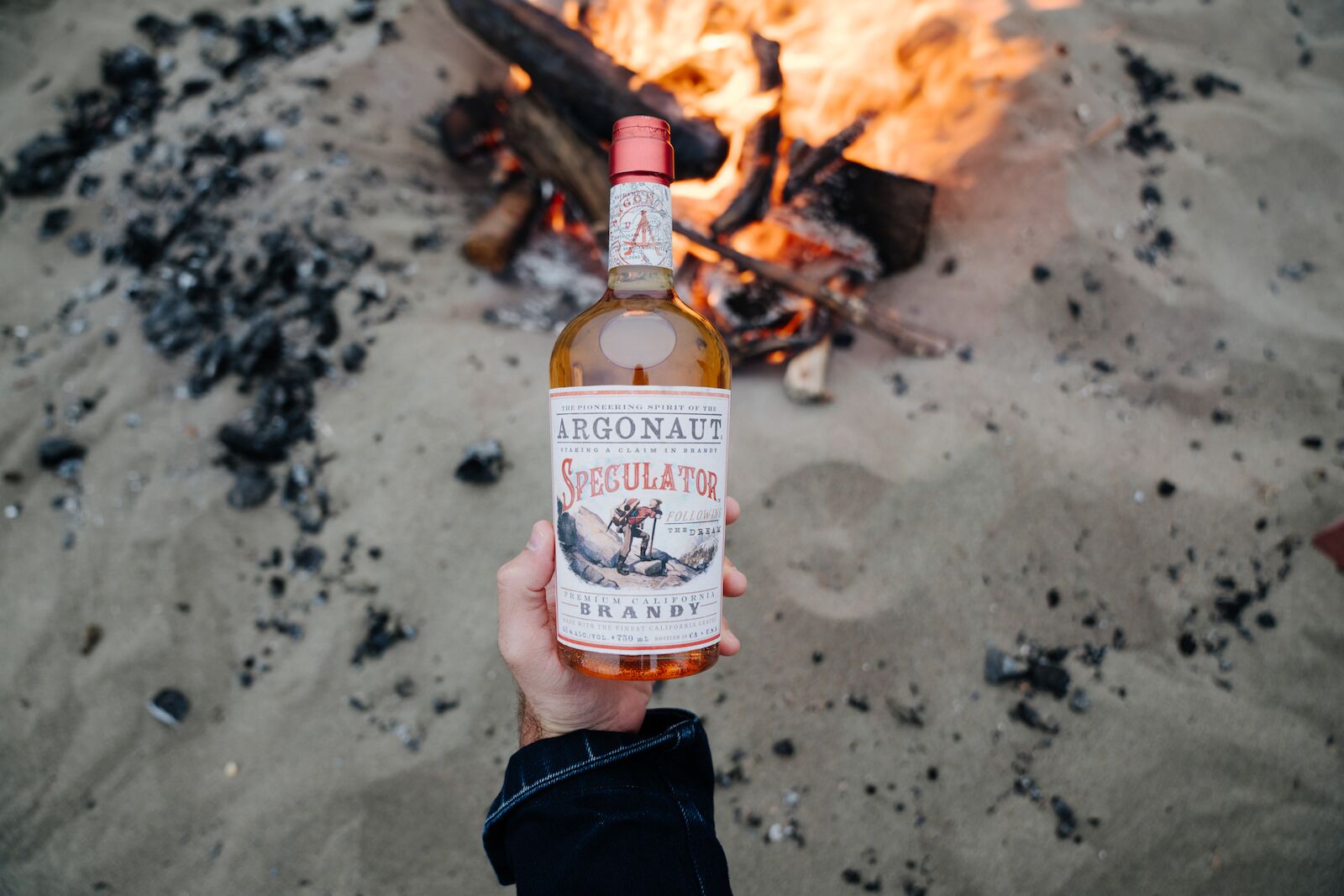 “We refer to brandy as the first and last frontier in spirits,” says Damon W. Boelte, owner of Brooklyn cocktail bar Grand Army and the experiential specialist at California Brandy House. At one point in America’s drinking history, brandy was the spirit of choice. Classic cocktails that are now often associated with whiskey were originally created with brandy in mind. The mint julep, for one, as well as the old fashioned (and if you’re in Wisconsin, you’re still likely to see brandy as the base spirit).

Yet while bourbon and rye whiskey have seen a resurgence with the growth of cocktail culture, brandy has yet to have its shining moment. 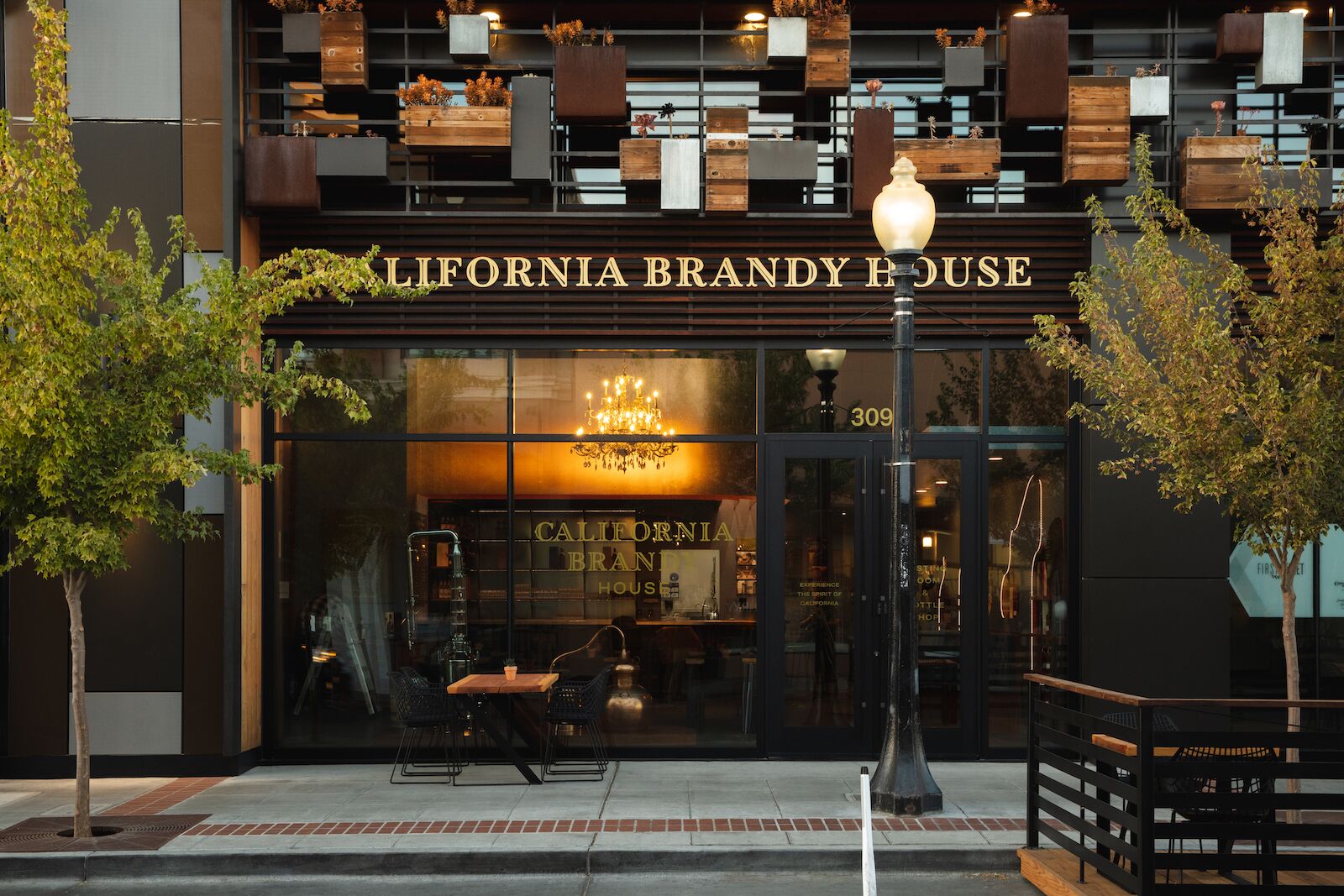 Nearly 4 million people traveled to Napa Valley before the pandemic, according to numbers from Napa’s tourism board. It’s slowly getting back to that level. And while they largely come for the wine, there are only so many wine tastings a person can do.

“This is where we offer something different in wine country,” says Reza Esmaili, senior brand ambassador at Gallo Brandies. “After you have seven amazing California cabs, the eighth doesn’t taste as good as the first or second.” 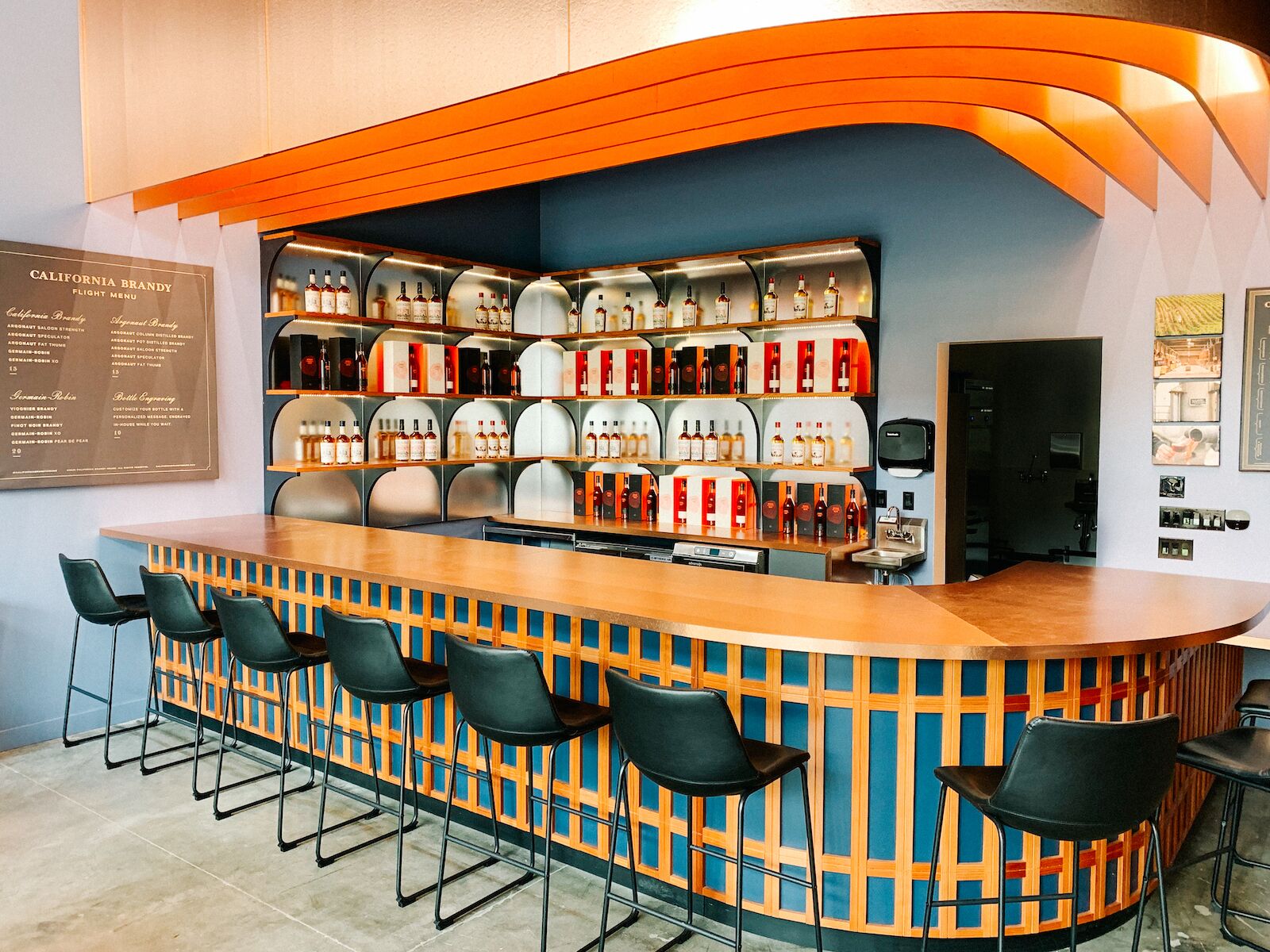 E&J Gallo is to thank for bringing this particular something different. The expansive alcohol conglomerate is behind the most recent push to raise awareness for California brandy, but it’s not exactly new to the category: E&J Brandy started in 1975, and in short order became the go-to name in affordable brandy in the United States. The company ventured into craft brandy production when it purchased Germain-Robin in 2017 and launched Argonaut in the same year.

The two brands are at the forefront of the California grape brandy movement, along with smaller brands like Omage, Charbay, and distillers farther down the state in Paso Robles like Pendray’s.

Of these, Germain-Robin is perhaps the most cherished. The brand is named after its founder, Hubert Germain-Robin, who comes from a family of Cognac distillers. He was hitchhiking in Mendocino County in Northern California in the early 1980s when Ansley Coale picked him up. Together, they started the Germain-Robin brand and started to produce brandies comparable to those made in Hubert’s home country.

​​“I went to Cognac and tasted everything I could, and when I came back all I wanted to drink was Germain-Robin,” Boelte said as he poured a little more of the brand’s XO into my glass at the California Brandy House. 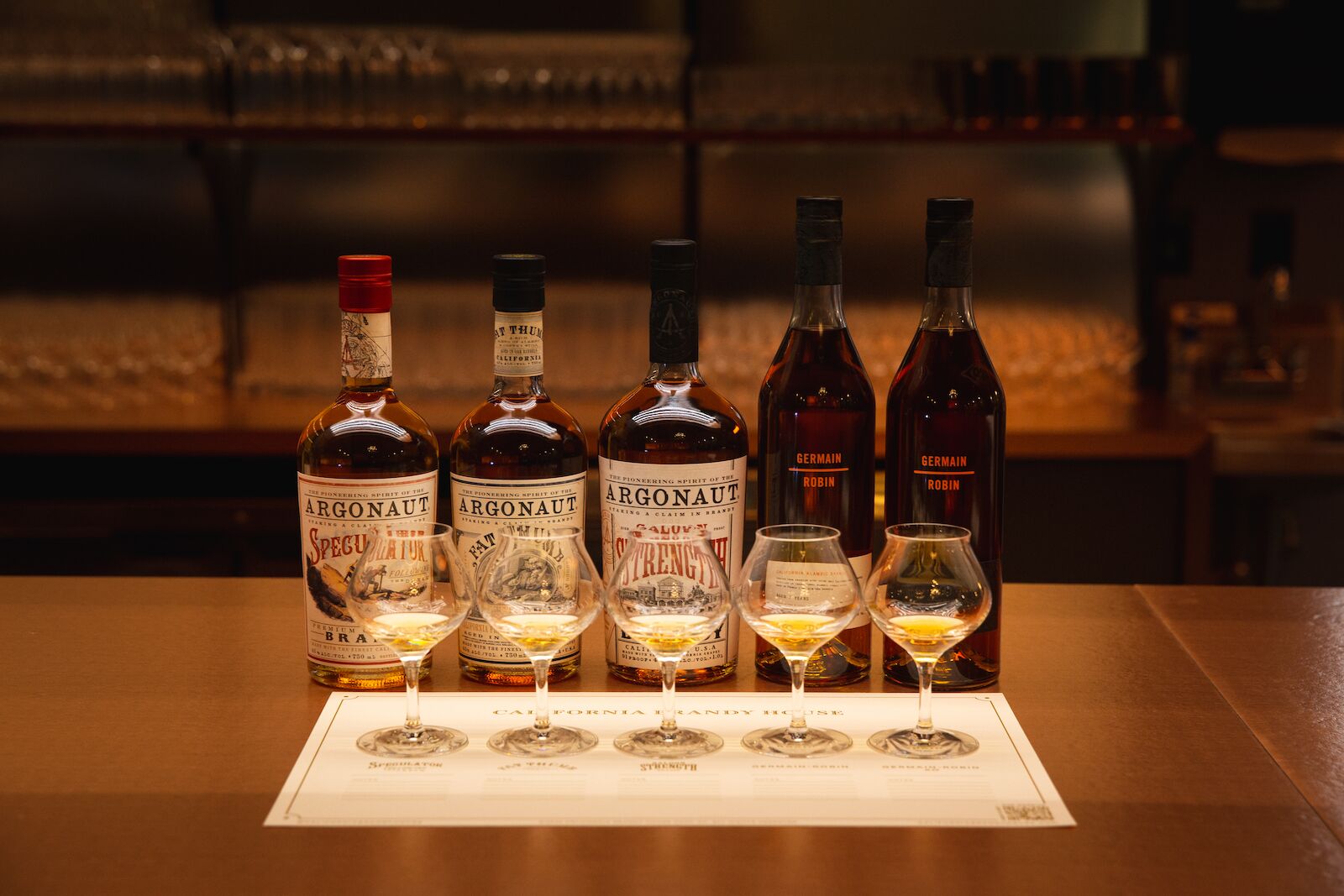 Germain-Robin takes a French approach to brandy. It uses the same type of stills as distillers do in Cognac, called charentais stills, and Germain-Robin uses solely French oak, which leaves more subtle oak flavors than American oak. However, the brand doesn’t have the same restrictions as Cognac and takes advantage of that freedom to experiment with different types of grapes. Cognac distillers are limited primarily to ugni blanc, folle blanche, and colombard. Germain-Robin uses colombard, but also riesling, viognier, pinot noir, and semillon. Germain-Robin’s inventory going back to 1983 came with the brand when E&J purchased it, as did Hubert’s expertise.

Argonaut, in addition to using a wide variety of grape varieties, blends French and California brandy traditions even further. Some of Argonaut’s brandy is made on the traditional types of stills used in Cognac, while others are made on column stills. Argonaut also uses American oak barrels. 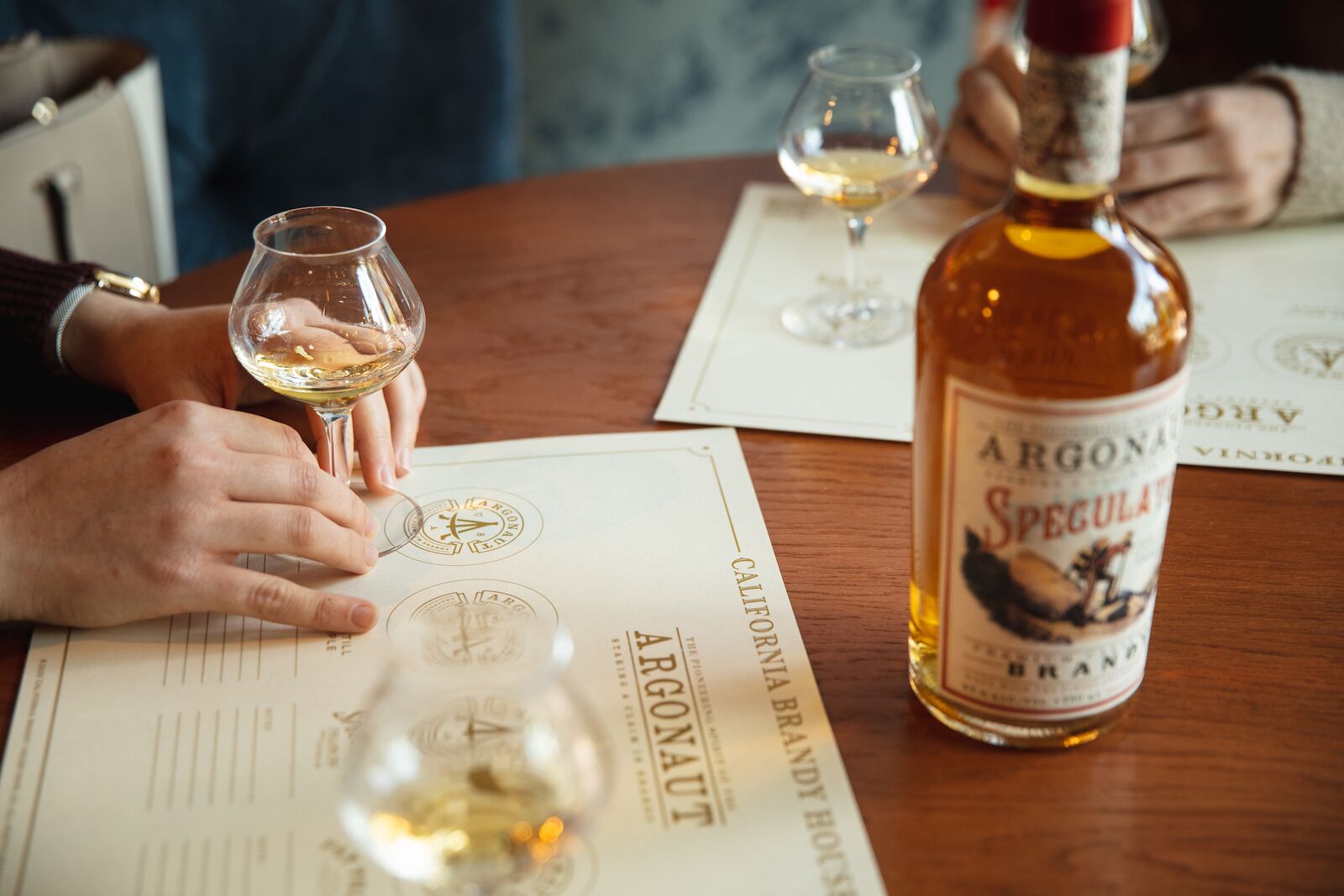 At the E&J production plant in Modesto on a recent trip, master distiller and blender Rita Hansen pulled samples from barrels and bottles. Each was a varietal brandy made with one type of grape on one type of still. Those are then blended to make the various bottles under the Argonaut name, but tasting each on its own gives insight into all of the different flavor profiles the brandies have depending on the grape and type of still used. The charentais stills produced a round and full spirit, while the liquor that came off of the column stills seemed to zero in on the lighter and fruitier notes. It’s Hansen’s job to blend these together, and each release from Argonaut lists the percentage of each type of grape used and which came from column stills and which came from charentais stills.

Argonaut and Germain-Robin showcase the history and where California brandy is going in different ways: French inspired bottlings with California grapes that are comparable to beloved Cognac houses for Germain-Robin, and a blend of French and California styles for Argonaut.

A the California brandy experience in the heart of Napa 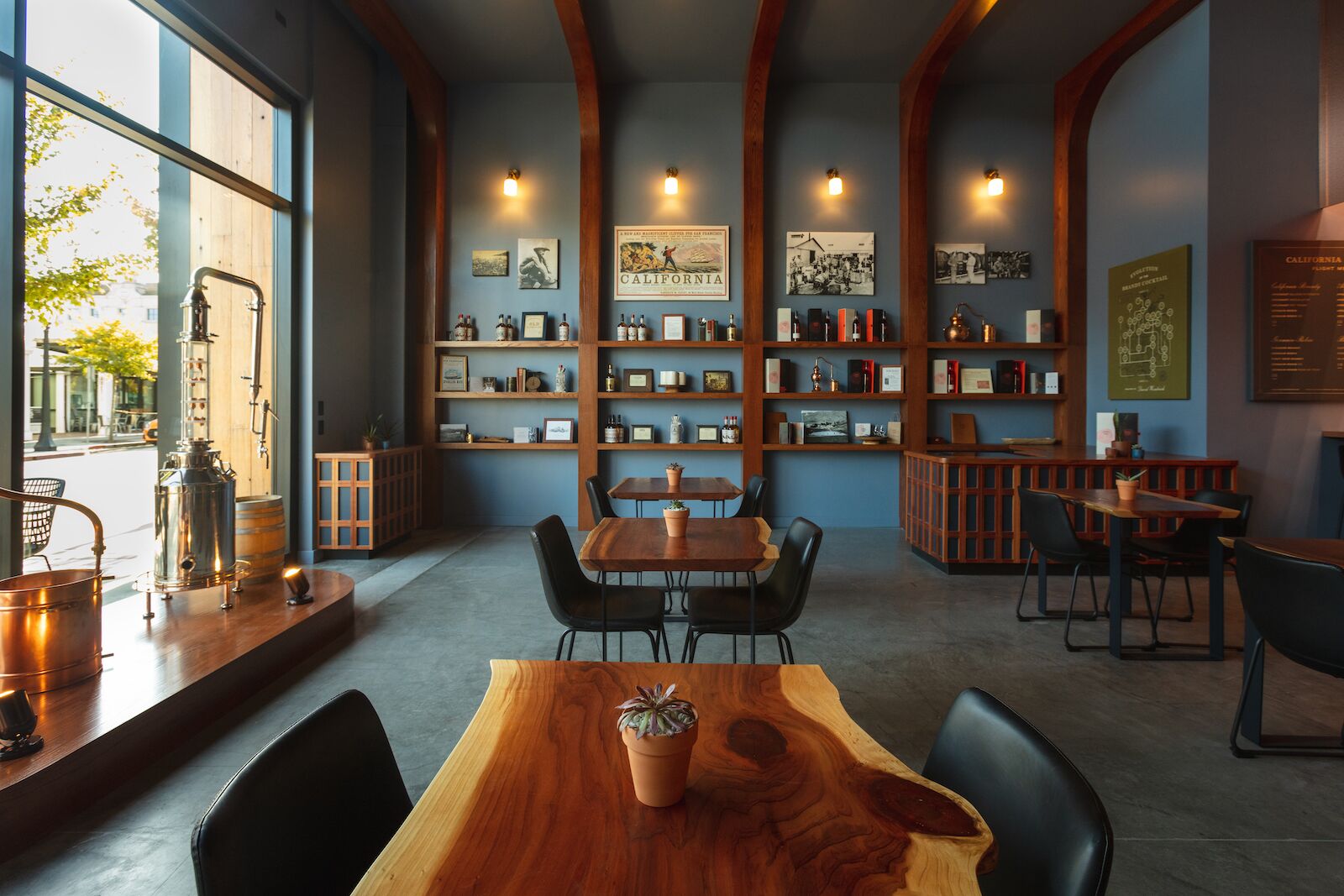 At the Brandy House, guests can try the core line up of Argonaut and Germain-Robin during an educational tasting. Old photos that depict California brandy history hang on one wall, and the team leading the tastings have an answer to just about any California brandy questions one could come up with. But as much as it’s about learning the spirit’s background, it’s also about sampling brandies.

A lucky few who express interest in local brandy at nearby bars and restaurants may receive a coin with a QR code on the back. By bringing it to the California Brandy House, guests can add in a taste of Germain-Robin’s rare bottles of single-varietal, single-barrel brandies made with either pinot noir, riesling, or viognier. There’s also the option to try The Claim, Argonaut’s brandy that changes every year but includes as old as 40-year brandies blended into the mix.

What you can’t taste at the California Brandy House are cocktails. Though take-home cocktail kits and a list of brandy friendly bars in Napa and San Francisco that you can pick up after your tasting makes it easy to find a drink if you prefer your brandy stirred or shaken instead of neat.

Regardless of what brandies you try or how and where you try it, one thing is clear: California’s wine country brandies are just as easy to love as the region’s cabernets and chardonnays.

Restaurants + BarsFor the Best Weekend Trip To Napa, Seek Out the Wineries Making World-Class Merlot
Tagged
Restaurants + Bars Spirits + Cocktails
What did you think of this story?
Meh
Good
Awesome