Cannabidiol, or CBD, can be a stress-relieving godsend on a long flight. It can take the edge off and make you calmer, perhaps even help you ease into that ever elusive in-flight nap.

Since flights are regulated by the federal government, though, even states that allow recreational marijuana fall under the feds’ strict CBD rules. That makes flying with CBD about as complicated as keeping up with all the concurrent storylines in Game of Thrones.

You’re not alone if you’re feeling confused. Even major publications have wrong information when it comes to taking CBD and CBD oil on a plane. It’s not so simple a question as, “Can I travel with CBD and CBD oil?”

The first place to start when looking into if it’s legal to take CBD on a plane is what the Transportation Security Administration (TSA) says. The TSA has an explicit no-go stance on CBD.

The Drug Enforcement Agency (DEA) considers CBD a Schedule I drug, so you could find yourself in some hot water if the TSA does decide to send you to the law. The 2018 Farm Bill is a sign that things are changing, however, and in some cases changing how you can fly with CBD. Legality only gets murkier from here, so buckle up.

How the Farm Bill changed flying with CBD 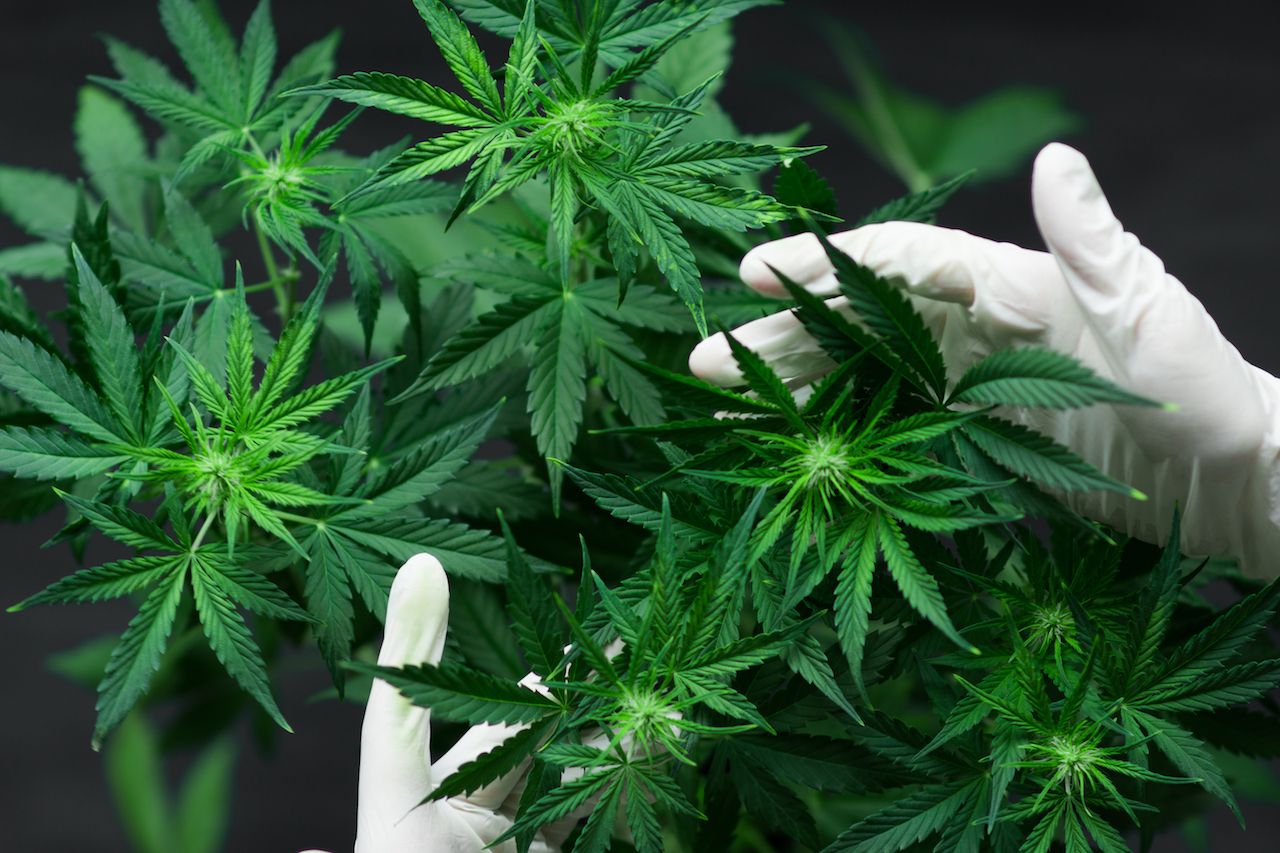 CBD can come from two types of cannabis plants: those with high levels of THC and those with zero to very little THC. The latter is called hemp and must, by law, have THC levels below 0.3 percent. Hemp fiber is in paper and cloth, and hemp oil is in food and supplements. Most important for anyone looking to take some body-calming CBD, hemp has cannabidiols. And how we regulate hemp is slowly catching up with how people actually use it.

In December 2018, President Donald Trump signed the 2018 Farm Bill. The signing itself was not exactly noteworthy — a version has been signed every five years since 1933, and it routinely regulates a range of vaguely agricultural-related topics, including food stamps. CBD companies and fans took special note this year, however, because the 2018 Farm Bill takes hemp and hemp derivatives out of Schedule I status under the Controlled Substances Act. In practice, this means that hemp products, such as hemp-derived CBD, are no longer in the same category as marijuana.

Removing the hemp production hurdle didn’t create sunny skies and smooth sailing, though. Hemp itself is now regulated by the US Department of Agriculture, but CBD is still generally illegal under federal law.

The confusion all boils down to classification. The DEA has different classifications for different types of CBD. If the CBD contains less than 0.1 percent THC and is approved by the Federal Drug Administration (FDA), then the DEA lists it as a Schedule V drug — the same category as prescription painkillers. For what it’s worth, there’s only one FDA-approved CBD: Epidiolex, which is used to treat seizures. If it’s not Epidiolex, the DEA still considers CBD a Schedule I drug right up there with heroin.

To top it all off, there’s a line in the Farm Bill that allows states to put into place laws that are “more stringent.” Flying with CBD and CBD oil, therefore, is just as sketchy as it always has been until the DEA gets into step with the other parts of the federal government. Idaho, Nebraska, and South Dakota currently ban CBD.

There is one positive to all this, however. A DEA officer told Men’s Health that people are unlikely to be prosecuted for possessing or buying CBD products.

“As long as you abide by the two-ounce rule, TSA is not going to hassle you,” Curt Van Inwegen, the CEO of CBD company Life Elements, tells Matador. “We know from personal experience, feedback from our customers who travel, and frank discussions with people who know the TSA protocols that they are not looking for CBD edibles, tinctures, or anything that is not a bag of weed. If you are super nervous, pull the labels off. As with anything, you should take ownership and bone up on the rules and regulations of the places you are visiting.”

CannabisThe Pros and Cons of Taking CBD Before Flying
Tagged
Airports + Flying Cannabis Insider Guides
What did you think of this story?
Meh
Good
Awesome